‘Mud and dead trees’: the dire environmental effects of raising Warragamba dam wall. Plan to raise the dam wall will see some 6,000 hectares of world heritage land inundated by flood waters. The Guardian

‘When we sow a seed, we plant a narrative of future possibility. It is an action of hope. Not all the seeds we sow will germinate, but there is a sense of security that comes from knowing you have seeds in the ground.’ So says psychiatrist and gardener Sue Stuart Smith. ABC Saturday Extra

[Trevor] Paglen appears to have turned to nature for solace during lockdown. Like David Hockney and Nan Goldin, who have produced lockdown images of trees and flowers, he has wandered in pastoral meadows to relieve the stress. The Guardian

We try a back way along the Bellinger, but the turn we expected
is no entry, so it’s Short Cut Road in the sun on wet leaves
on outlying homes and the clouded Dorrigo plateau.
The prettiest trees, ones that look round and bushy
like the ones I drew as a hild in England are feral
Camphor Laurels that caused a war in town . . .
I like the gum trees, white limbed architecture,
a few bouquets of leaves at the top, a decorative fruit.

The picture is demarcated by lines of barbed wire
and a white picket fence, trees stripped to poles carry
electricity across the composition, traffic signs far right
but above all this the reason I stopped, the looming
plateau blotted with cloud

The river still low, despite recent rains,
sunlight strokes the river’s ego.
From the bridge I take a landscape of river pointing
up to the Dorrigo Plateau, the Great Dividing Range.
A tangled tree has fallen headfirst into the slippery
river, tattered death burnished by a glance of sunlight
and I find a horse grazing also useful for the composition,
wish it would turn sideways, more of an impact
this was once un-photographical, thick rainforest.

There is still wildness, even in the Maam Gaduying
(Meeting Place) Park, next to the library.

The first Europeans were convicts escaped from Moreton Bay,
a place for hardened criminals, and recidivist prisoners.
It was known for violence and deadly diseases.
From just over 2000 prisoners over a quarter escaped,
most for a day or two, others reached Port Macquarie
or occasionally Sydney (but were nearly always caught
and sent back), a few lived with Aborigines
or were never heard of again, fate unknown. 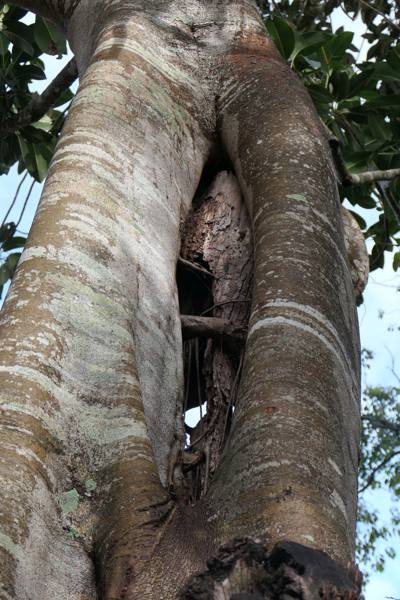 1840 loggers from the Macleay explore north via Warrell Creek,
crossing the Nambucca’s mouth and trailing the beaches to Bellingen.
The surveyor Clement Hodkinson followed in March 1841,
with ‘two strong bush horses, and well-armed with carbines,
pistols and swords.’ He took a stockman and two (unnamed) Aborigines.
This was the frontier that has since moved into outer space. 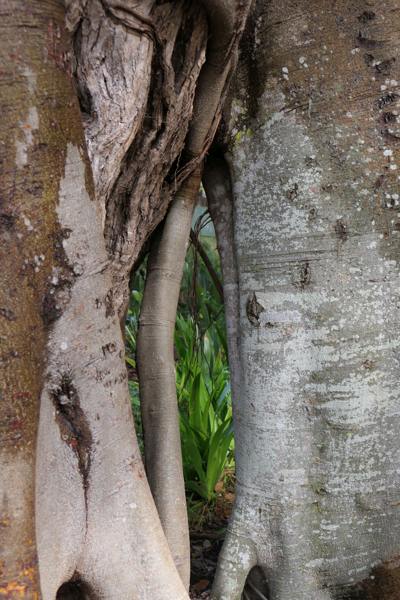 It was ‘so dense we were obliged to cut every yard of our way.’
Thunderstorms, leeches, clouds of mosquitoes, ticks
and stinging nettles hampered progress and they encountered ‘wilder blacks’.

In the afternoon they topped a crest, At our feet was a narrow glen of the Bellingen, choked with dark green, impervious brush, whilst immediately opposite us, on the north side of the river, a gigantic range rose up in perpendicular buttresses, three thousand feet high . . . Exactly opposite to us, in a deep cleft, a beautiful cascade dashed down for several hundred feet perpendicular, like a long band of silver glittering in the rays of the declining sun; to the east we could discern the dim outline of the horizon over the Pacific ocean, and turning to the west, mountains beyond mountains rose in varied contour . . . [1]
He was probably on Die Happy Ridge, looking across to Water Gum Creek.

The next river (north of the Nambucca), the native name of which is Bellengen, was found in the year 1841. Clement Hodgkinson 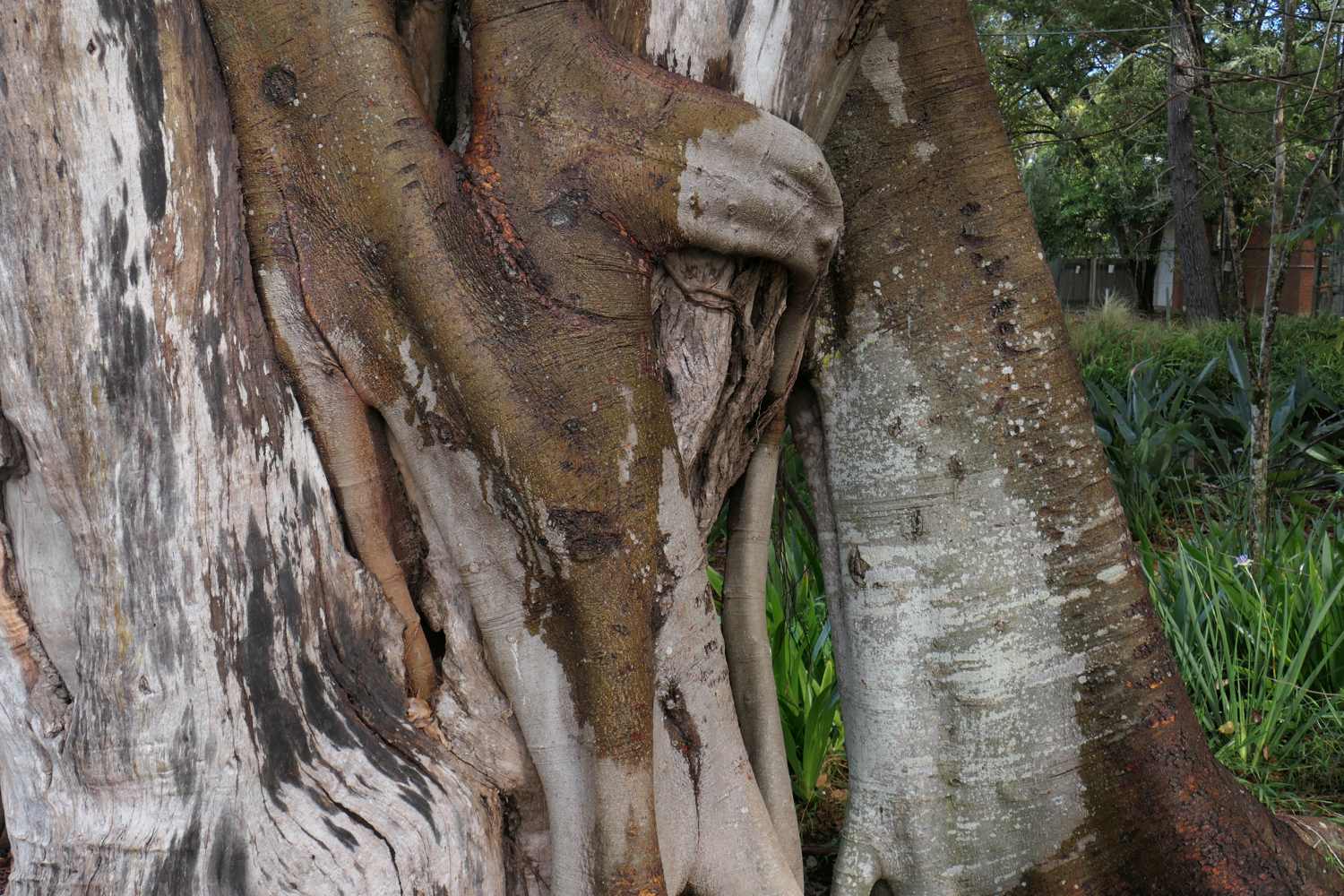 The draughtsman who compiled the Colony map misread Hodgkinson’s final handwritten “n” as an “r”; so the Bellingen River officially became the ‘Bellinger’, while the town became Bellingen.

The bush contained the finest cedar and rosewood I have ever seen; the trunks of these trees were often six feet in diameter and 90 feet high. Clement Hodgkinson

Four years later this valley was the colony’s main source of cedar.
Sometimes the water jumps off the plateau, pours down
submerging timbers occupying the bridgehead, hard
to believe from this pastoral perspective, lacking momentum
safe as a Photo-shopped view dreaming the perfect day.

The image sucks on familiarity, blind eye to the blind turtles
the Bellinger River snapping turtle, found only here,
a virus killing 90% in a 6-week period six years ago,
blind to the Platypus, sighted three bends away
blind to the cows standing upstream in the middle
in trespass, and deaf to Gumbaynggirr history.

I take landscapes vs Nexus landscapes not enough
I miss the ducklings Wyn sees as we drive to
the Growers market. I wish I had documented that
community life emerging. We buy tube stock for
the smaller birds, hairy pea-flowers and spiky hakeas,
buy soap off Gary a keen birder, who has been taking
school groups to the estuary with Uncle Micklo teaching
Gumbaynggirr songs, throwing boomerangs and spears.

Gary showed then a Spotted Pardelote a week ago digging
a nest into the bank of the small tributary, but on Friday
it had gone, a day of heavy rain had collapsed the bank.

The kids loved the sticky clay jumped around barefoot
in the comfort ofdirt, and as the tide came in Miilba
washed sludge from between toes and turned creamy.

I hooted passing a Black Lives Matter demo, five people
with a couple of small signs, not as organised as Mike’s
Rural Refugees here later, we used to participate.

I find I am scribbling this on the bare skin of A4
from an Eventbrite report for the festival I used
to help run, with the honourific title of Artistic Director
The sales are for ‘The Poetry of Birds: walk’, which
I conceived and led in Dorrigo’s Gondwana Rainforest.
I had forgotten all about it.

LRB sends me an old essay by Theodore Zeldin On the Subject of Happiness. He writes, ‘I had come to see the history of humankind as primarily a search for happiness.’ Says his novel ‘Happiness’ ‘should be taken in spoonfuls’, and ‘is designed to be mixed with the reader’s own thoughts, to stimulate those thoughts, to encourage taking temporary leave of one’s habitual beliefs, putting aside one’s customary caution, opening every door one passes, refusing to hurry, and knowing only that one will never fully know what it means to be alive.’ [2]

How is happiness possible with solastalgia? By gardening?

If you are not a gardener it may seem strange to think that scrabbling about in the soil can be a source of existential meaning . . .

Just as the state of the planet is unsustainable, so our lifestyles have become psychologically unsustainable . . .

I think we are entering a relationship when we garden . . .

The rise of what was called at the time moral therapy the more humane approach to mental health, the building of the big asylums many of which were in the countryside with parklands and had walled gardens with productive beds. There was an understanding at that point that the environment was part of the healing. Sue Stuart Smith, psychiatrist and gardener [3]

‘To kneel in the straw-bedded pathways, to pluck lamb’s-quarters from among the kale, is a powerful form of submission. The first time I really surrendered to my garden work this season, I remember thinking that none of this seemed very important, the weeding, the watering, the planting. It is such a tiny gesture, after all, to pull up a mallow or an oxalis before it gets away from you. Surely there were more important things to do: calls to make, books and articles and editorials to write, news to follow, beat by beat.’ Verlyn Klinkenborg[4]

‘[Trevor] Paglen appears to have turned to nature for solace during lockdown. Like David Hockney and Nan Goldin, who have produced lockdown images of trees and flowers, he has wandered in pastoral meadows to relieve the stress – or so it seems. Except these meadows are unreal. They were produced using artificial intelligence. The harder you look, the less soothing they are. The colours are hyper-intense yet unseasonal. The leaves and petals are brittle, even plasticky . . . But he is just showing the truth. And when you look into the dead soulless spaces of his fake nature scenes, the reality is brutal. They reveal the vanishing of nature, but it’s nature as seen through layers of sentimental myth, TV documentaries, or the window of a people carrier racing down a country lane – a faint cliche of the picturesque that’s no more alive than these monstrous AI visions.’ Jonathan Jones [5]

[1] Clement Hodgkinson, Australia, from Port Macquarie to Moreton Bay: with Descriptions of the Natives, Their Manners and Customs; the Geology, Natural Productions, Fertility, and Resources of That Region; First Explored and Surveyed by Order of the Colonial Government, London: T. and W. Boone, 1845.