These various projects cover large scale poems and essais on my interest in subjects including: natural history; how techne (embodied skill) differs to technology, which itself is changing what exactly a human being is – and the earth in/on which we live.

The ‘Two Cultures’ divide between the humanities/arts and the sciences which C.P. Snow worried about in the 1950s, is still with us. Rilke said a poet should know everything, which is ridiculous, but artists should have a wide range of interests, and awareness of the local and the global. 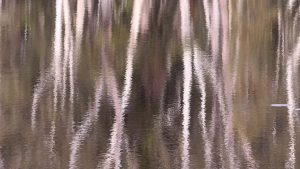 The ancient Greeks called the world κοσμος, beauty. Such is the constitution of all things’, wrote Emerson, and the trigger for this project was his friend Thoreau, and his project at Walden Pond. The future needs a healthy aesthetic one celebrating the natural, its beauty and ecology.

FEA is concentrating on protecting Newry State Forest in Gumbaynggirr Country, near Jaaningbirriny (Valla, NSW where I live). The forest is Koala habitat and Koalas are present. It is also an important corridor linking coastal forest up to Point Lookout on the Great Dividing Range. FEA is one of many groups around Australia battling to save native forests from indiscriminate logging regimes. I contribute writing and photographs.

A daily journal, writings and photographs

In the 1890s Roberts and Streeton moved up to Sydney and into Curlew Camp, an artists’ camp on the north side of the Harbour. And though I love art, I find that the ‘fine arts’ demands much too much attention in the aesthetic field.