This Oral History Project is a collection of perspectives and memories of about 60 people intimate with the Solitary Islands, users of all kinds from fishers to Aboriginal knowledge holders, tourism operators, surfers and divers.

This project highlights the strong relationships people form with the coastal and marine environment and helps educate the broader community on the social, cultural and economic importance of the marine park. Relevant information will be integrated into future park management.

Nicola Johnstone, Manager, Solitary Islands Marine Park has developed this project and interviewed park users of all kinds from fishers to Aboriginal knowledge holders, tourism operators, surfers and divers. Marine biologist and artist Hamish Malcolm suggested including the arts to help dramatise and focus this project in the community

A series of lino prints depicting events in selected oral histories have been created by prominent local artist Bronwyn Rodden (Wyn) and poems written from the interview transcriptions by John Bennett. Hamish Malcolm has composed songs for the selected stories.

Series 2 was launched 31st August, with indigenous stories from Uncle Milton Duroux illustrated by the wonderful local artist Alison Williams and Uncle Tony Hart with his own painting.

The next stage was recording them for ABC radio, both poems and songs. Hamish Malcolm has written blues songs form the stories and sings and plays harmonica and guitar and is accompanied by Art Schulz (another marine biologist) on guitar. Listen here!

The Solitary Islands stories reveal much about the past and about the present, and the precious nature of this Marine Park which encompasses estuaries, beaches, rocky shores, sub-tidal reefs, open ocean and the five solitary islands.

It’s a very rich area where warm tropical waters meet and mix with cooler currents from the south,and where 550 species of reef fish live.

There have been live performances at this year’s Bellingen Readers and Writers Festival and at Coffs Harbour Regional Gallery.

in their own words

which it often does out there, and you’ve been sawing on the anchors

because it’s only fifty yards across and you’d go dry on the reef.

day time, you gotta hang in there through the night. You get up

in the morning and can see the evidence, thirteen different wrecks,

so it’s a graveyard, and it’s sort of an eerie feeling if you’ve been

battling the elements all night. Come daylight you see all these things

and say to yourself, “They didn’t manage it, but I did.”

Well around September usually, everybody’s burning off, you get a lot of haze,

sometimes visibility’s down to 100 metres. I was working the continental shelf,

of North Solitary which I went past every day for years, and I remember going to work

one day and coming back and I thought I’d gone mad – I probably have.

Going out the island looked the same, but when I come back there was a lighthouse on it.

They’d prefabbed the lighthouse and landed it there while I was at sea!

But anyway there was all this haze round burn off time

September, visibility was zilch and it was blowing a fair westerly,

very strong actually. I was on about me fifth or sixth trap

and said to me mate, “I think we better get outta here, we’ll head in”,

so just let the trap go. We’d only just started winching, and there was

a mob of seagulls, always flying round after whatever they can get

and in amongst these gulls there was this one that was battling,

really battling, he had an orange breast. As I said, we were about

twenty nautical miles at sea, so I slowed the boat down, he seemed

to be doing it tough, when he got to the boat it was a young galah,

he landed on the boom and within ten seconds was asleep.

see it and think it was home, and when we  were probably 100 metres

off the bar he could see land and away he went. And I think,

I know it seems strange, but that’s the highlight of my fishing career.

I come home feeling really good about that. 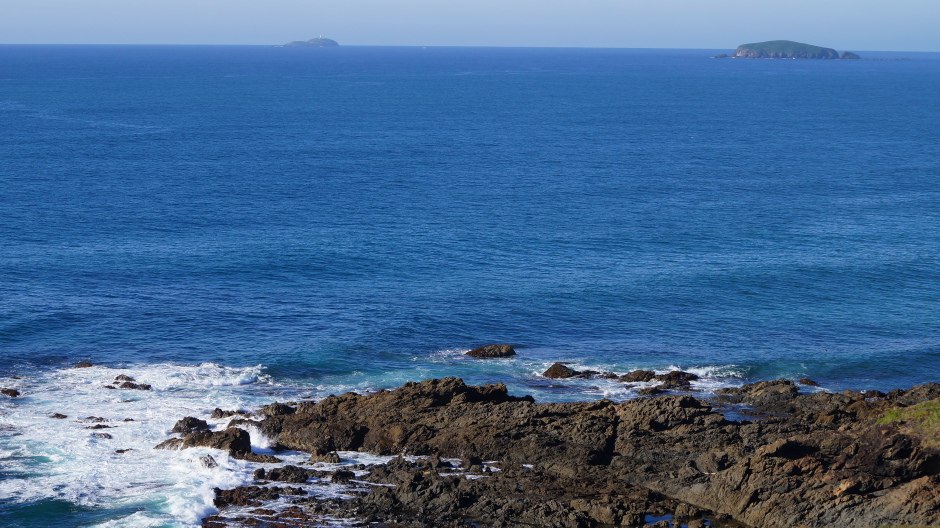 I used to go with Keith especially in the lobster season,

but I used to hate them coming round the boat, the whales

would be round the traps when we’d be pulling them up,

that wasn’t a very comfortable feeling, you know

with these big animals, and the dolphins of course.

Sometimes they seemed to be hundreds around the traps

. . . but I loved worming. It’s the most peaceful thing to go

up the beach, just away on your own out amongst the birds

and so forth. I did pretty well once I learnt to catch them.

It was hard to start with. Somebody showed me how to use pliers,

and found what it was –  touching the worms.

Once I got used to them and could touch them, I had no problem.

It was just the idea of touching them, cos they nip you, you know.