Australian researchers find native grasses could be grown for mass consumption. Native millet found to be easy to grow, harvest and turn into flour and ‘significantly more nutritious’ than wheat. The Guardian

‘I began to lose hope’: the people living with post-Covid psychiatric disorders.  Nearly one in five Covid patients later diagnosed with mental illness. The Guardian

Elliott Erwitt: ‘Photography is pretty simple. You just react to what you see’. The Guardian

Climate explained: why do humans instinctively reject evidence contrary to their beliefs? The Conversation

Joe Biden’s love for Seamus Heaney reveals a soul you can trust. The Guardian

New research identifies ‘triple trouble’ for mangrove coasts. Some of the world’s most valuable ecosystems are facing a “triple threat” to their long-term durability and survival, new research shows. phys.org/news [1]

Songlines: the power and the promise. ABC

I wake with the Kookaburras, Wyn still asleep, a new call intrigues, has moved off by the time I am out on deck. 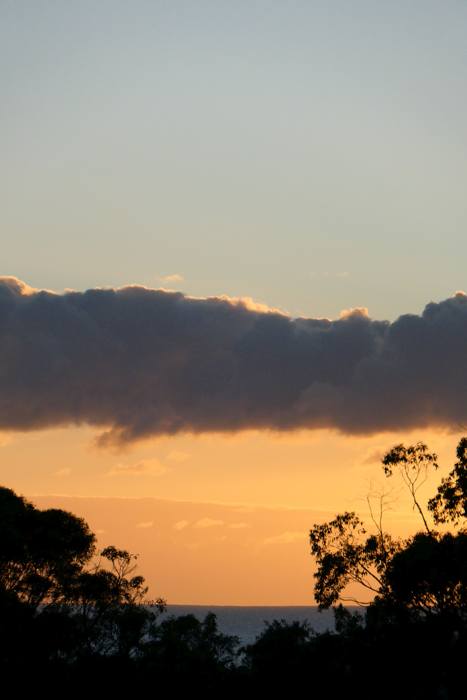 The sun opens his mouth after cloud interference. Two roos graze the hem in stubborn shadow, a shaft of light streams down the firebreak. I am willing them to come a little closer into the light.

I feel like writing a poem (a sense of nervous excitement, a physical restlessness in the fingers and the mind). A poem is an act that is so unlike filling out form, signing your name, writing a shopping list or a bereavement card, though poetry can stretch to all of these things.

A poem makes a claim on the mouth, on forming words in collaboration with concepts, images, imaginations.

A poem makes a claim that there are actions and events in the world that have value without having instrumental economic value.

A poem may have cultural value in terms of Bourdieu’s sense of capital, but in the moments of writing, in the care and dance of thought-language, that would be rare. 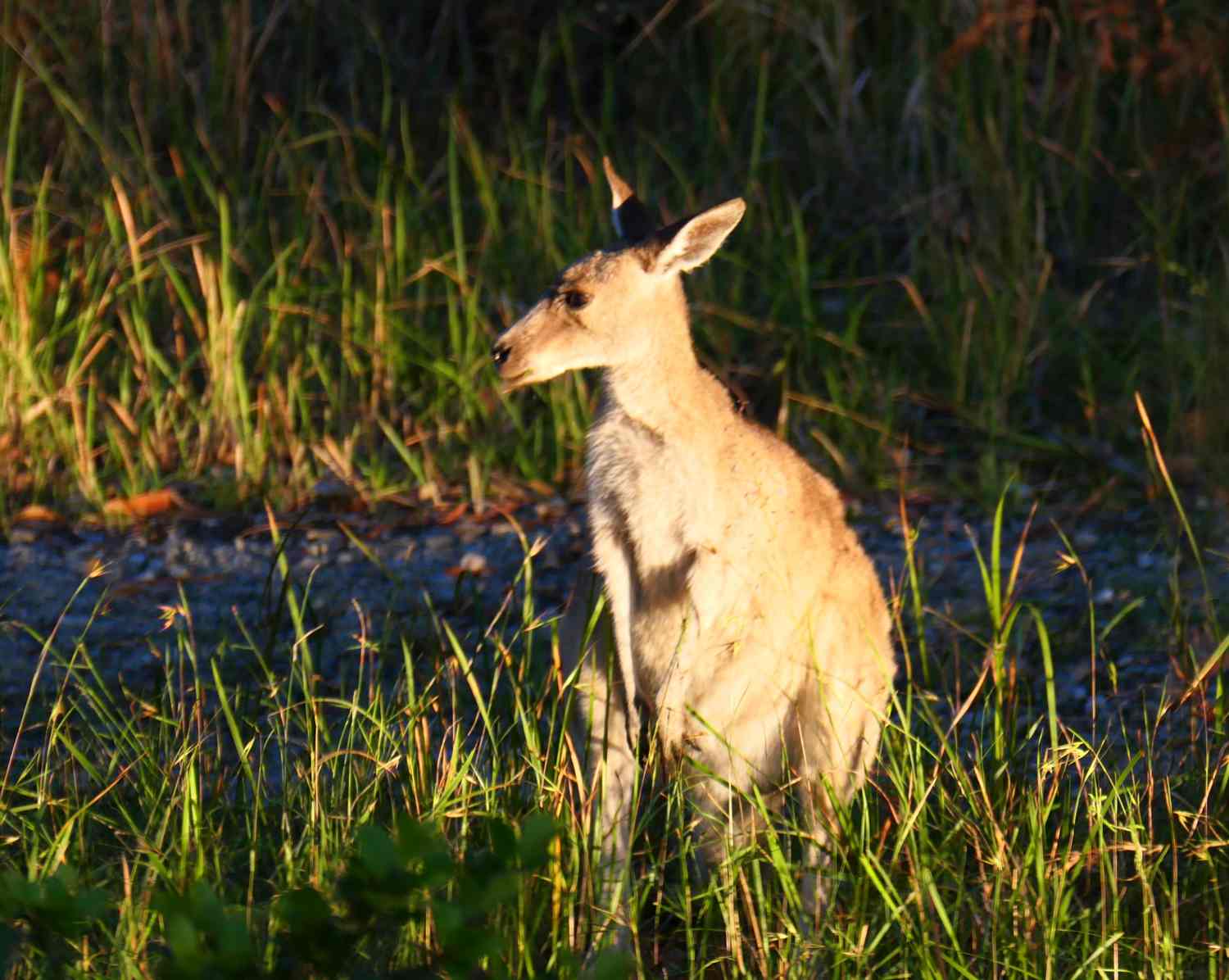 One roo now bathes in a golden light raring to go fast and hard, I rush down to our bedroom deck and get a shot away. The poem hasn’t arrived yet. 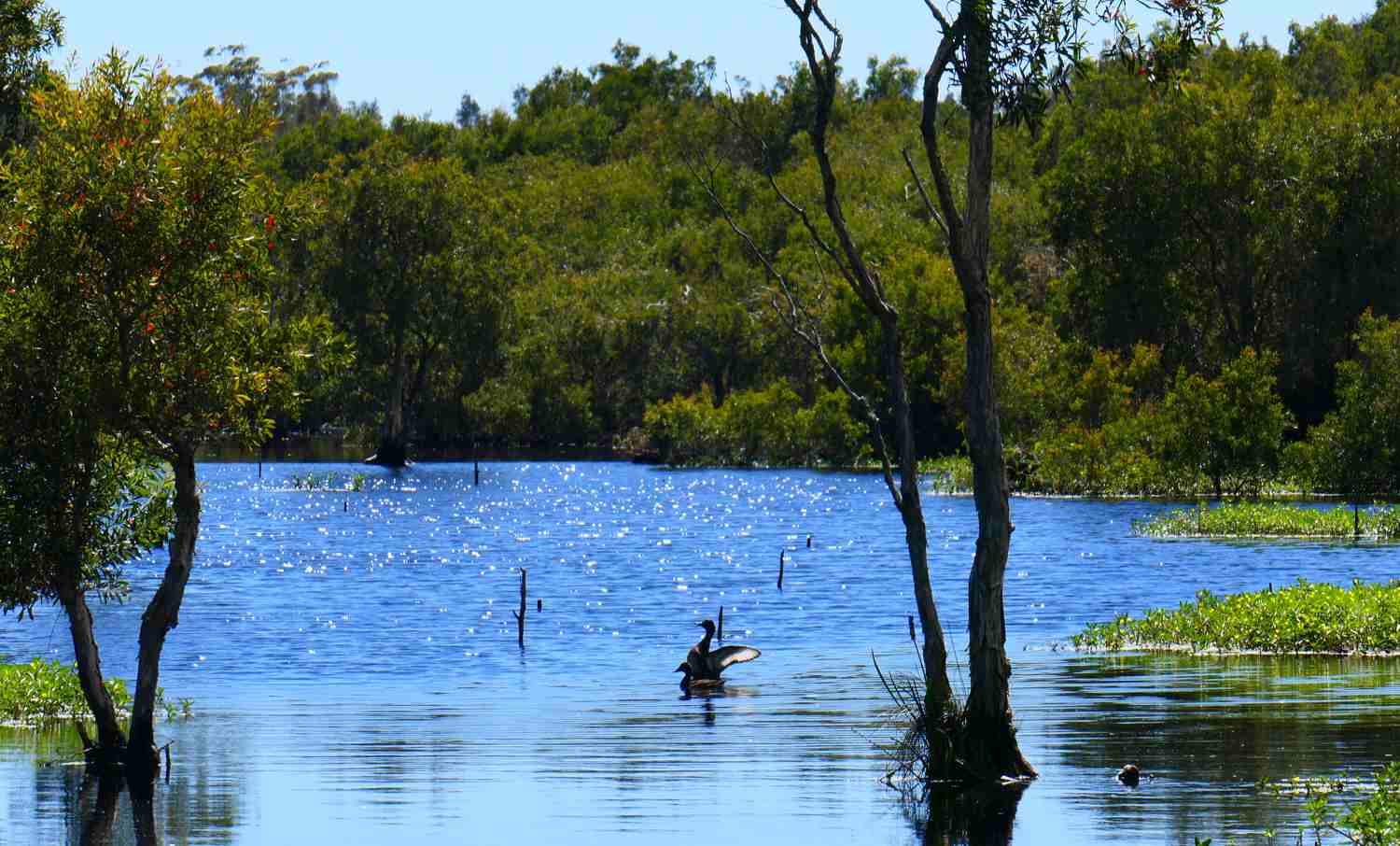 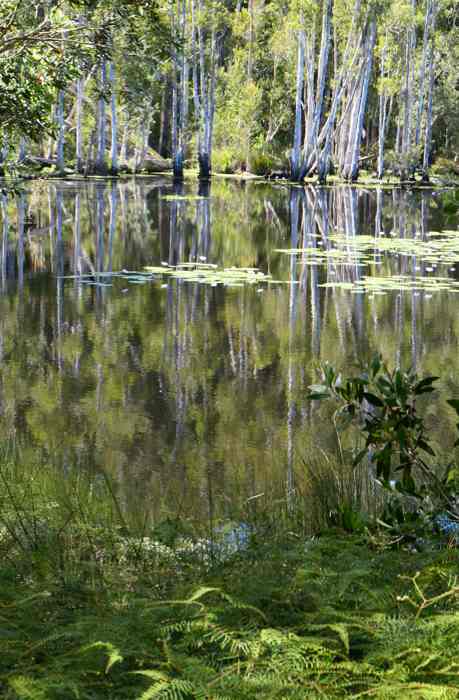 I have just had my first session with Bree from Bellingen, my exercise physiologist. I made her laugh the whole time, said I would obey her commands, squats with weights, steps, bicycle etc. etc. even without an image in my head of her in black leather cracking a whip. She thought Tokyo 21 was beyond me, but gave me an app. Everything will be fine. 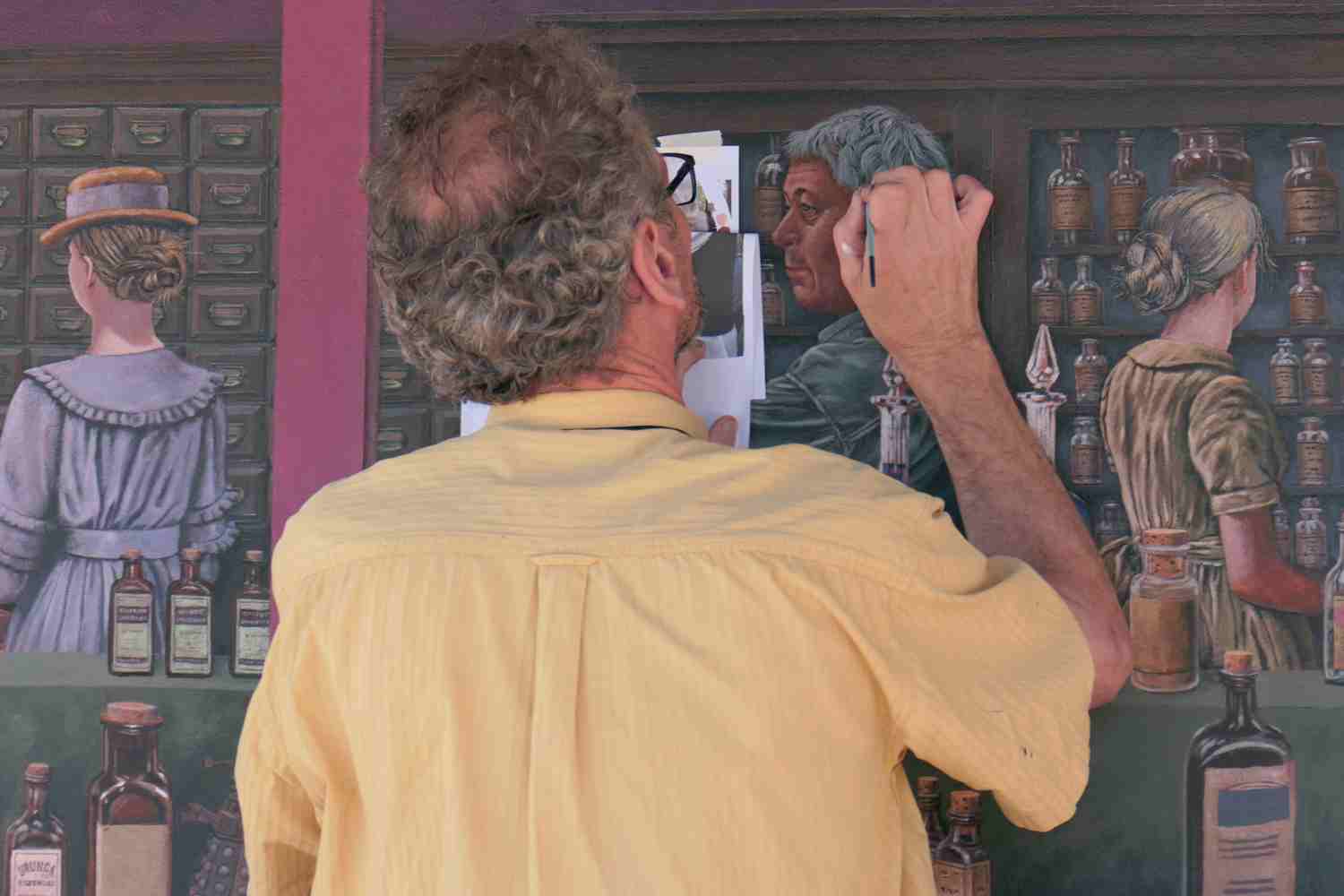 Wyn points out that David is around the corner working on his mural, a labour of love, over two years so far He is using a very fine brush, more suitable for a small canvas, painting a face from a photograph. This is public art which involves the community and which they feel involved with. I am not the only taking photographs. We owe him and his partner Kiyomi a meal, say I’ll call. 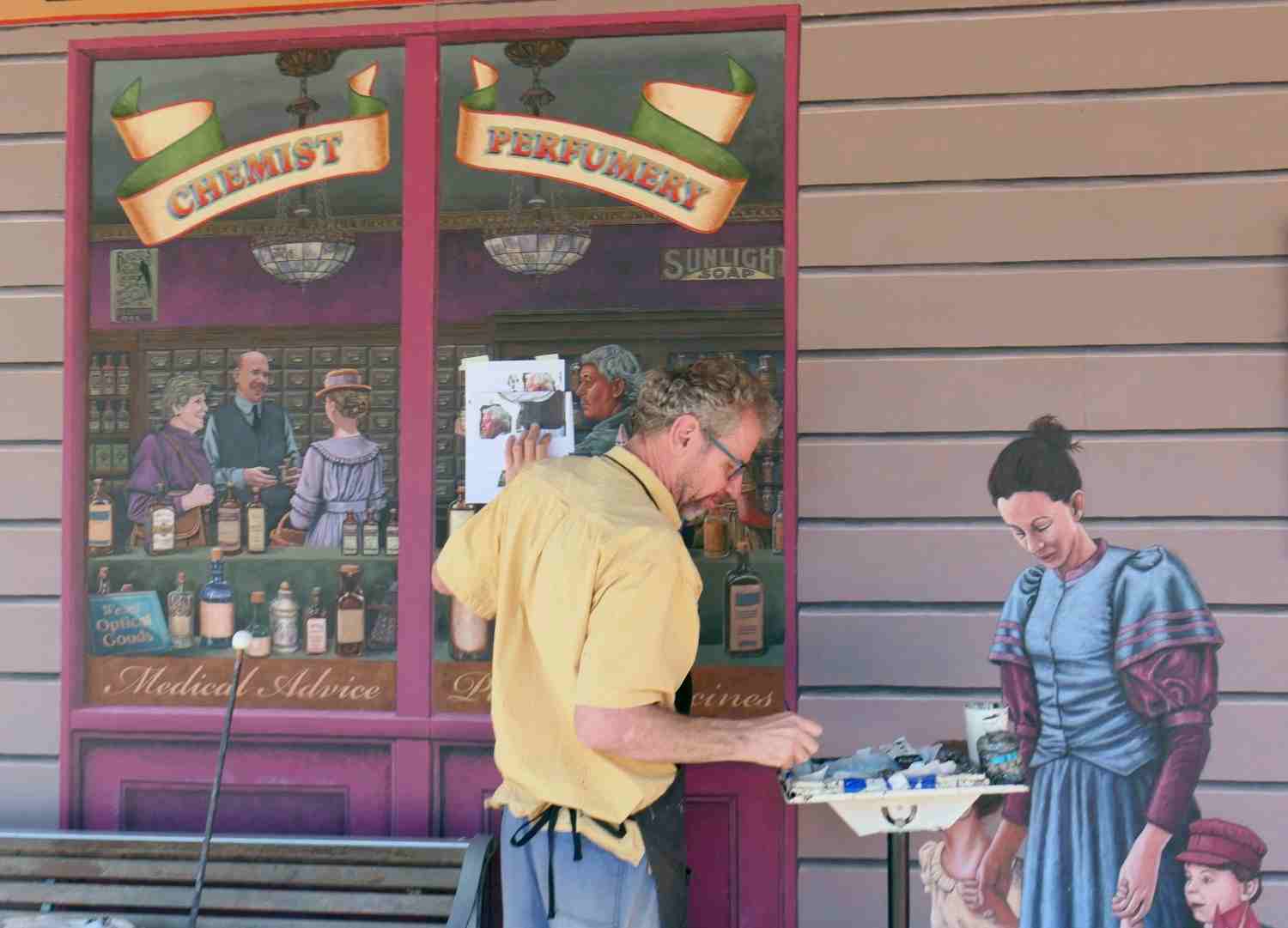 Fish swim in their tank above the slabs of white meat, the seem happy, energetic in their umwelt, if happiness can be gauged by activity. I think Bree will help. 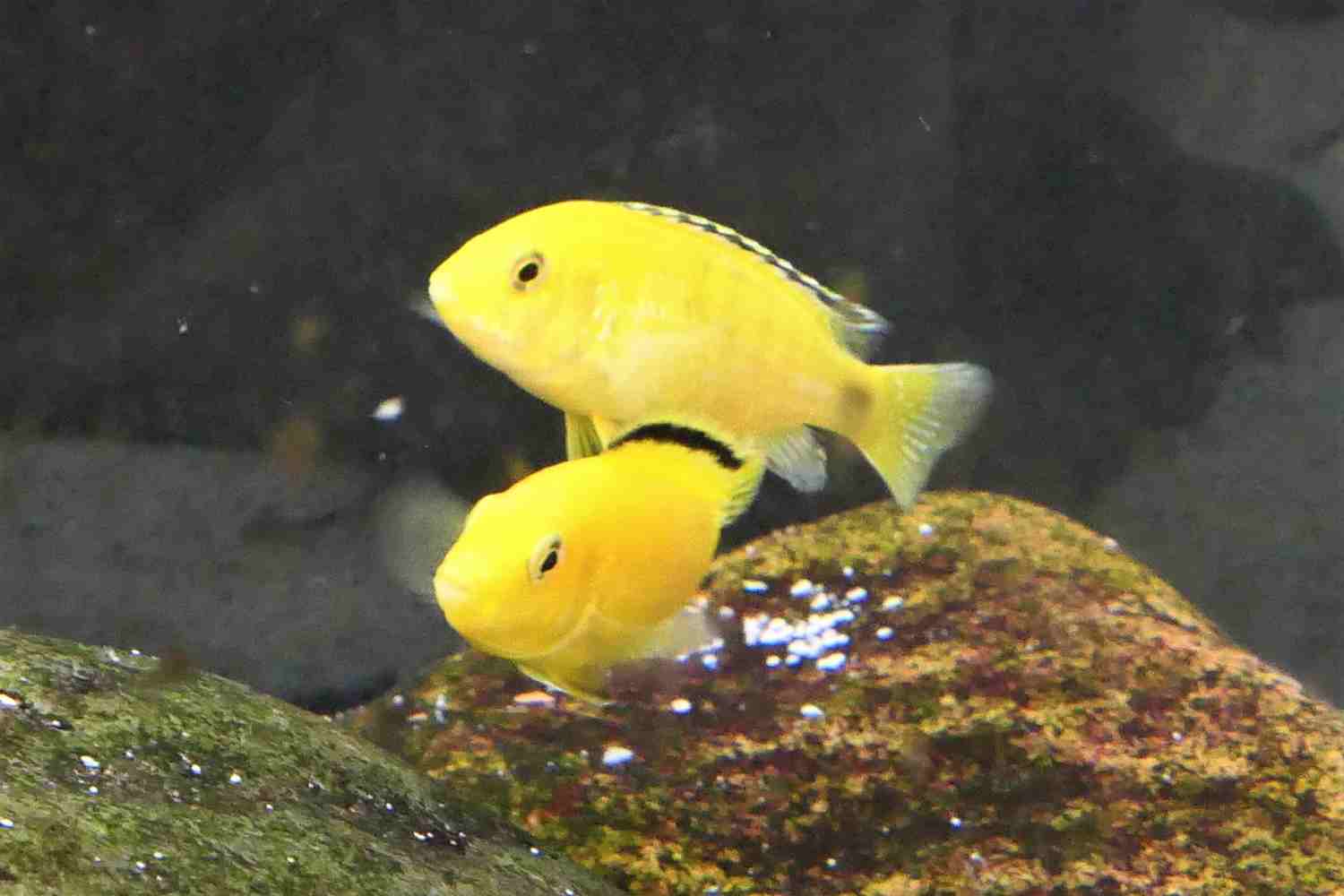 The river mouth was located a kilometre south before the  construction of the breakwalls. And sand dunes extended all the way from Mylestom south to Hungry Head,

Fish and Chips by the water, as designed. I don’t understand the app Bree gave me.

I don’t understand the Gumbaynggirr language. The name of this place was Yurruun.Ga meaning Long White Sands.

This morning a roo dripping with light looked almost flammable this afternoon this young companion is eyeing me seriously dark before bending to feed from grasses to nourish wads of meat, millions become fodder for the pet food industry. If we knew every sliver of pain across the world, human and animal second by second, without feeling a jolt, our neurons would fry.

Kate Soper notes: ‘Acceleration in the sense of ever faster travel, exchange of information, and production and distribution of goods and services has been integral to the development of capitalism over the last two and a half centuries. We have come to associate speed with efficiency, and it remains at the core of our understanding of progress.’ [See my post Aug 1 on this issue]

She reports that, ‘In 2018, four billion people around the world spent on average six hours a day online (a total of one billion years). In the UK, those aged between fifteen and twenty-four check their phones every six to eight minutes. Two in five adults first look at their phone within five minutes of waking up. For those aged under thirty-five, the figure is 65 per cent. Similarly, more than a third of adults (60 per cent of those under thirty-five) check their phones five minutes before lights out. More than two-thirds say they never turn their smartphone off, and 78 per cent say they could not live without it.’[2]

How many now live without seeing a tree every minute, or a bird? Or a moth at night?

Listening to an interview about Songlines with Margo Neale, the chief curator of Songlines: Tracking the Seven Sisters, National Museum of Australia, September 2017 – February 2018. It was hailed as brilliant: ‘This tour de force was seven years in the making from the day Anangu elder Mr David Miller asked a roomful of Canberra academics and museum personnel to help his people put their broken songlines back together again.’ [3]

‘They are a knowledge system that emanates from country . . . laid down over millennia . . .  intersecting networks, like a spiderweb . . . connect sites of knowledge embedded in features of the land . . . They hold actual knowledge the hold ecological knowledge, they tell you how to survive in the land.’ Margo Neale[4]

‘Songlines: Tracking the Seven Sisters is a peerless exhibition of Aboriginal art, thrilling in its breadth and depth . . . Aboriginal art was the original and first form of “performance art”, comprising visual art, dance, music and song, narrative and poetry. This is the first time I have seen all of these art forms integrated into a single exhibition.’[5]

‘The sheer complexity and ambition of this project is staggering . . . Never has there been a museum exhibition with so much hands-on Aboriginal input.’[6]

You can see some of it online including this amazing 3600 video: The Travelling Kungkarangkalpa Walinynga (Cave Hill) Experience transports you to this previously unfilmed Seven Sisters rock art site, with the voice of traditional owner Stanley Douglas.

I always thought Bruce Chatwin’sThe Songlines, which I read when it came out in 87, was part fantasy and much of it was it turns out. But I have learnt over the years of living here how rich and present Songlines are, and fantastical.

[1] ‘The study found that mangrove forests, their large biodiversity and the coastal protection they provide are under pressure from three distinct threats—sea-level rise, lack of mud and squeezed habitats.’ ‘Mangrove diversity loss under sea-level rise triggered by bio-morphodynamic feedbacks and anthropogenic pressures’, Environmental Research Letters.

[4] Margo Neale on ABC Late Night Live, ‘Songlines the power and the promise’, Margo Neale and Lynne Kelly offer an Indigenous and Non-Indigenous perspective on the meaning and significance of Songlines, why they have been so successful in keeping Indigenous knowledge intact for tens of thousands of years and how they work as an effective memory technique and tool. 10.11.2020 https://www.abc.net.au/radionational/programs/latenightlive/songlines/12869102

[5] Christine Judith Nicholls, Songlines: Tracking the Seven Sisters is a must-visit exhibition for all Australians, The Conversation, December 20, 2017.