‘An alarmingly familiar picture’: UK on course to miss most biodiversity targets. The Guardian[1]

ARTIFICIAL INTELLIGENCE The grim fate that could be ‘worse than extinction’. BBC Future

NATURE PLAY MENTOR TRAINING It is more important than ever to help our children strengthen their relationship to the natural world. Please join us for our final ONLINE course for 2020. Centre for Ecological Learning email

How Many Plants Have We Wiped Out? NY Times

‘Worrying sign’: Rollback of protection puts marine park status at risk. The global conservation status of a NSW marine park is at risk after the Berejiklian government weakened its sanctuary status without consultation to allow recreational fishing, documents show. SMH

Cats carry diseases that can be deadly to humans, and it’s costing Australia $6 billion every year. The Conversation 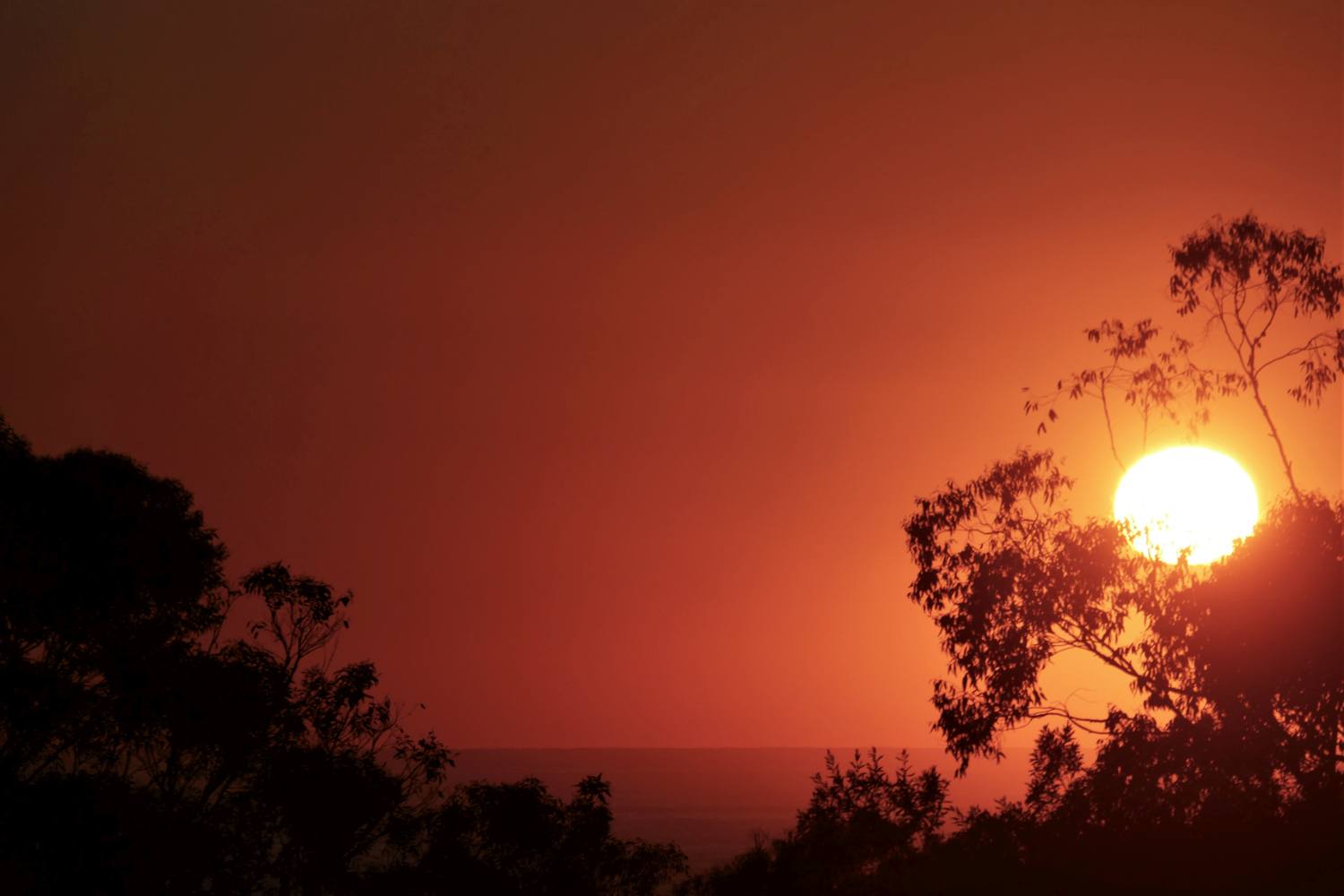 Helios stares, am unusually large flock of Corellas overhead,
I make a move for my camera, the old temperamental one. 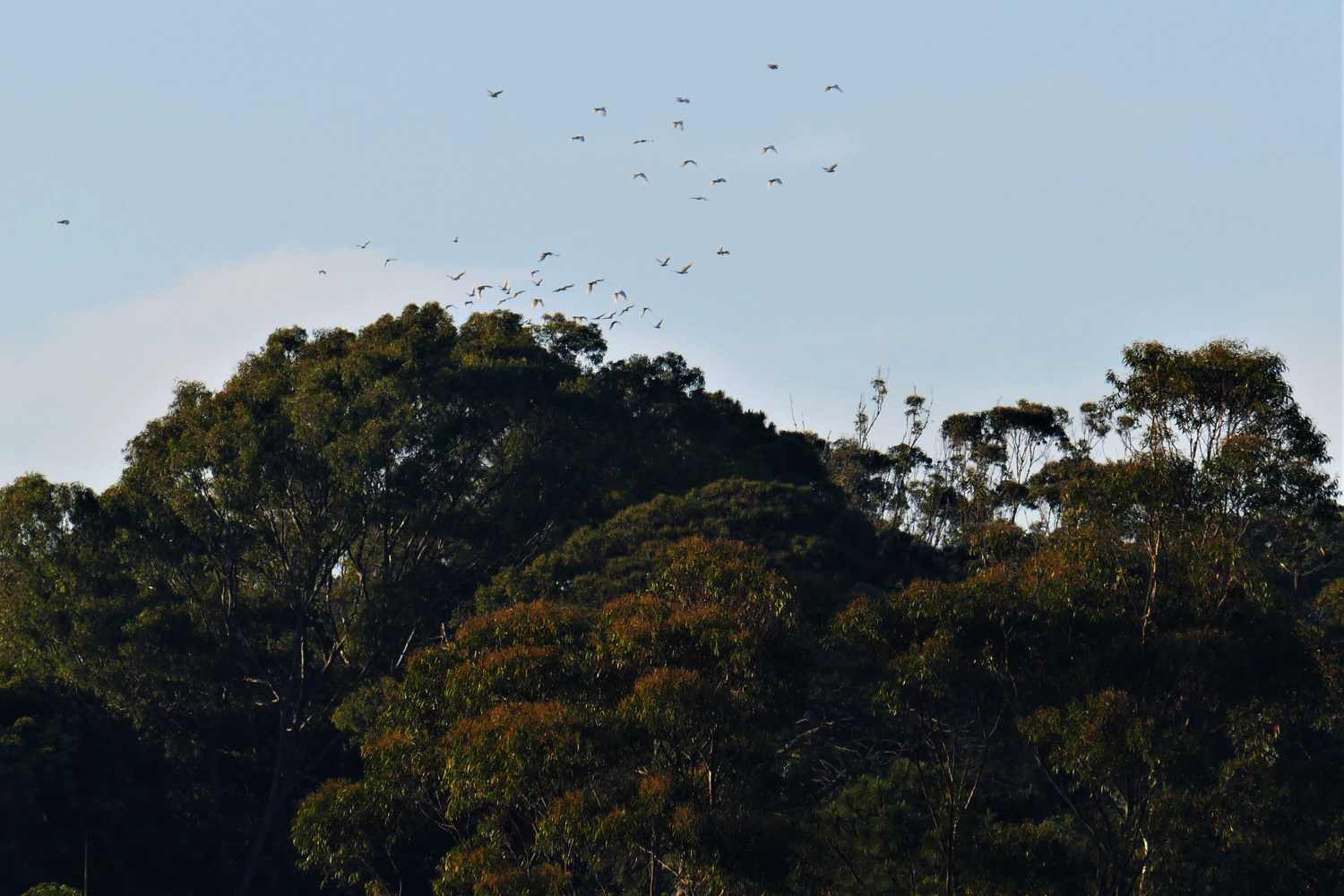 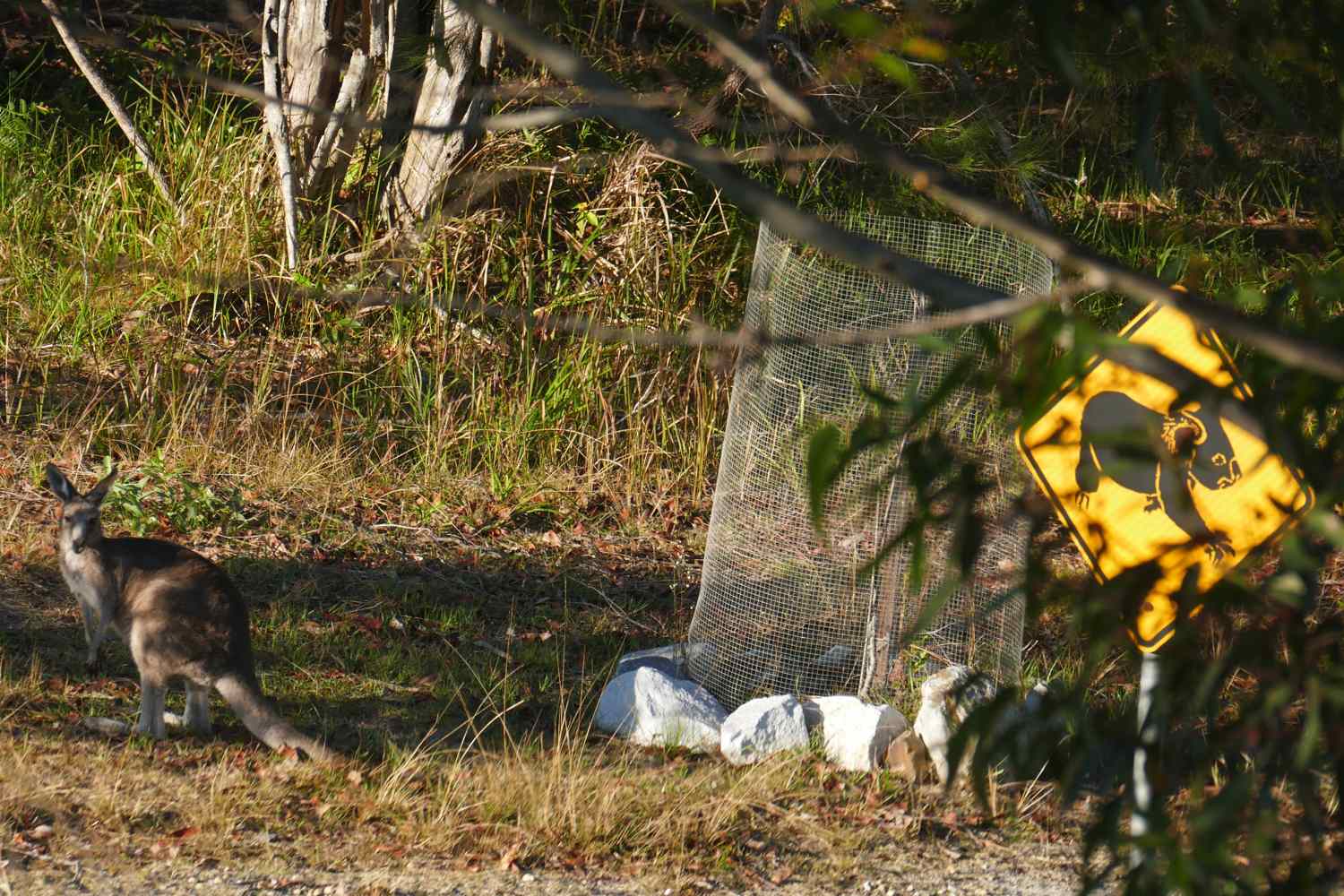 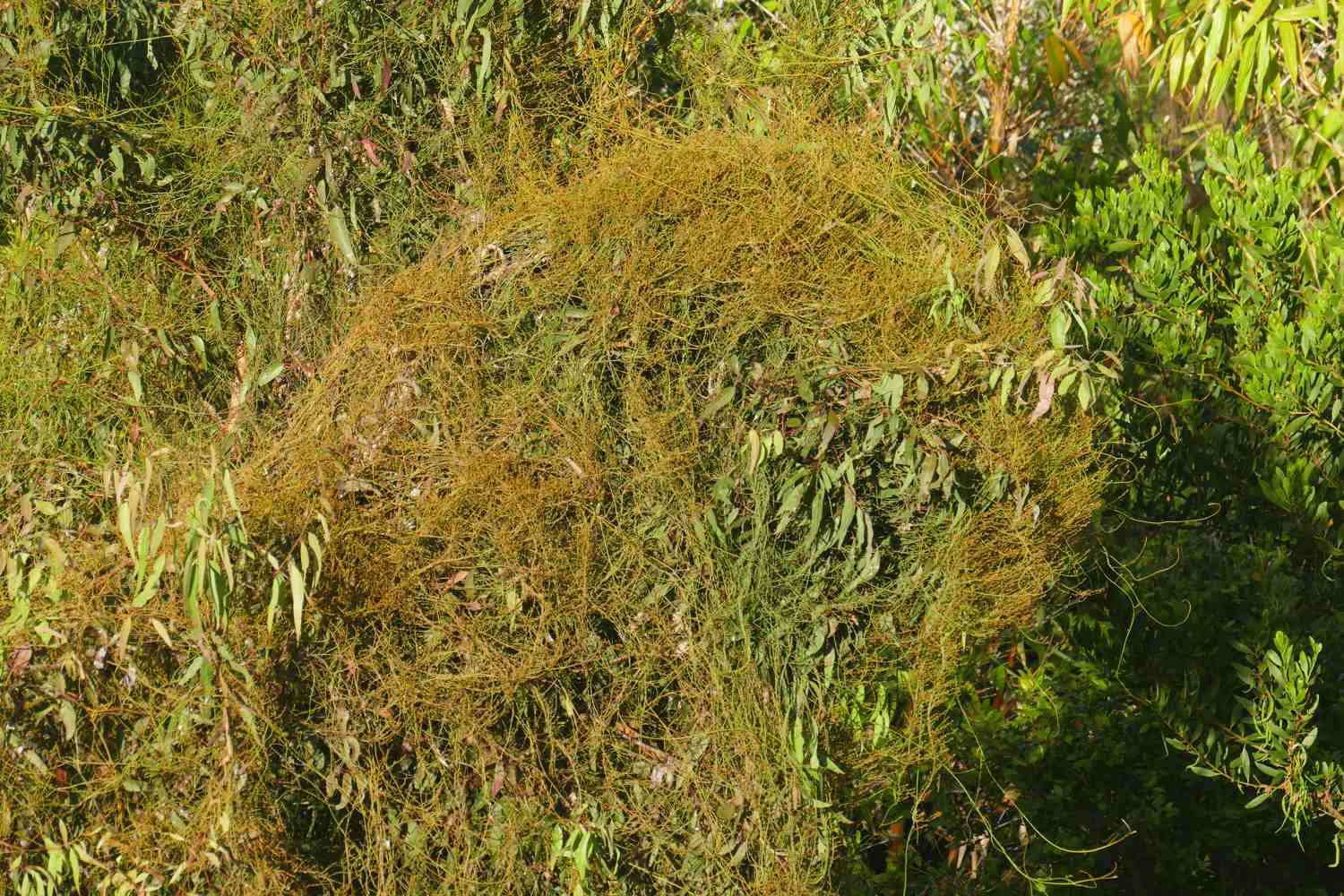 Find a new nest, unseen, a female Bowerbird keeps flying
into the beehive hair-do of the dodder on a Tallowwood. 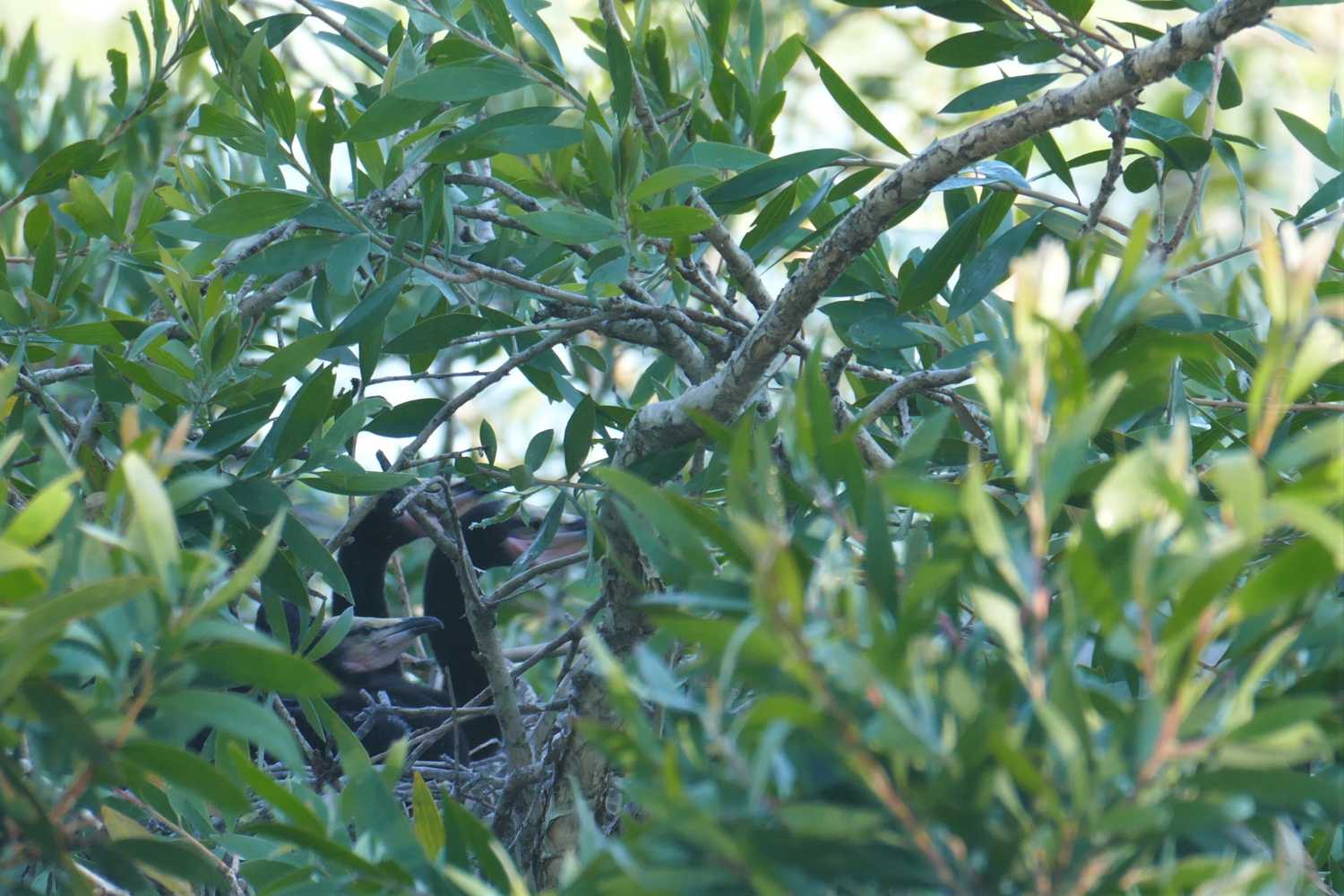 Stop off at Bellinger Quays, Urunga, a small lake with breeding cormorants
three young in one nest, and a Purple Swamphen with chick. 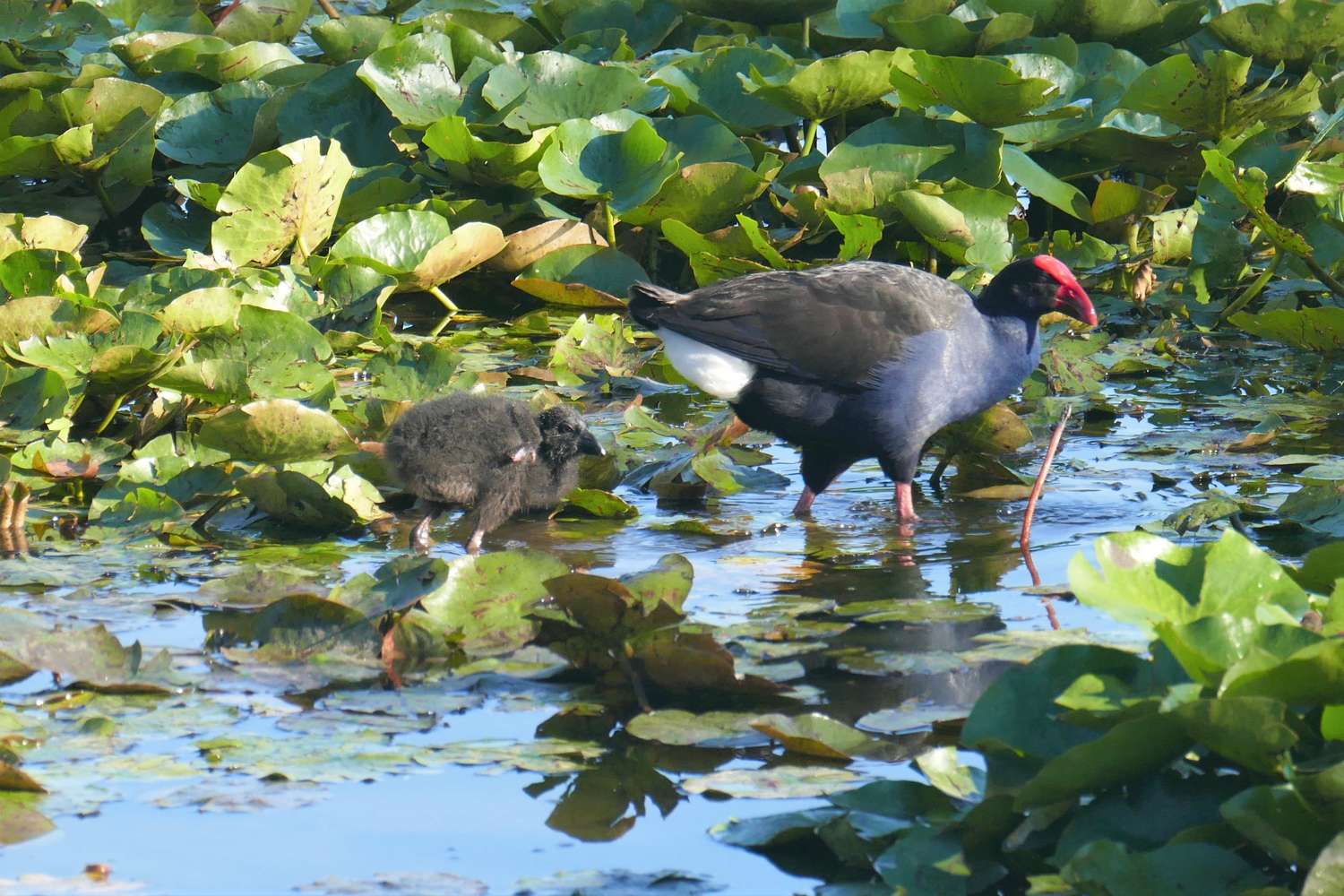 Then on to the rivers

The river is two rivers borders dissolved, the grey mangroves
prefer both. Their young sticks wobble dressing leaves as fast
as they can. Three Stingray bases attract formal attention,
the spit is under water, last time there were over
one hundred cormorants standing by.

A Mangrove Gerygone’s call bounces on the water,
Figbirds wolf-whistle in large figs parked behind. 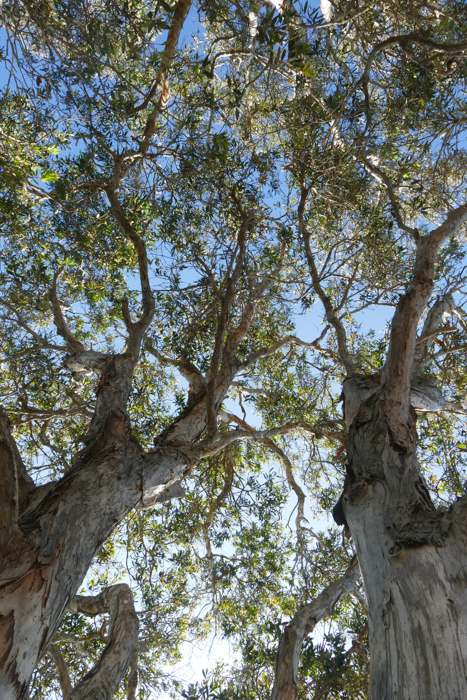 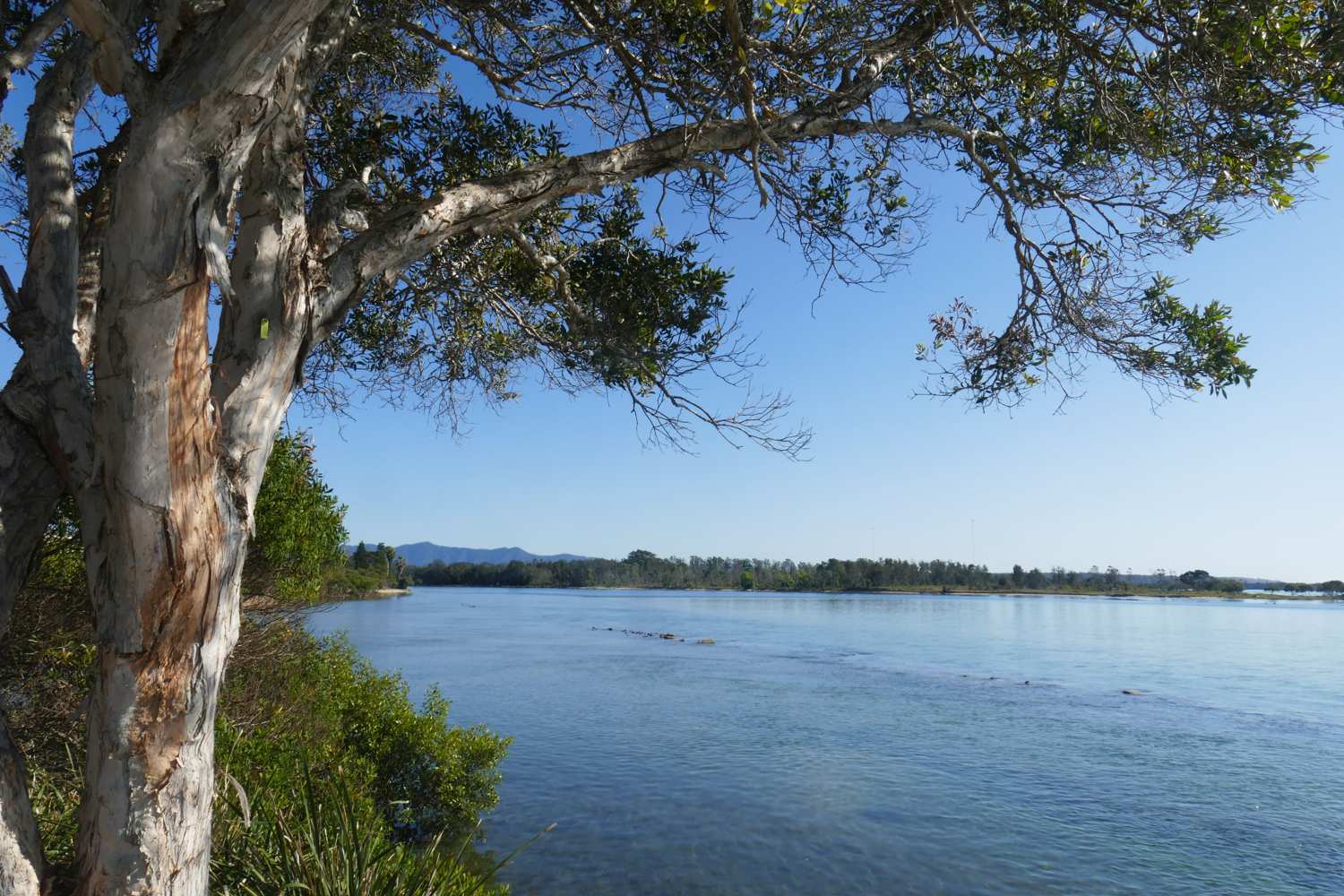 I am partly shaded by Paperbarks and use a branch
to frame an image up river, that’s how I find it
the trunk a swatch of bark textures, colours, patterns. 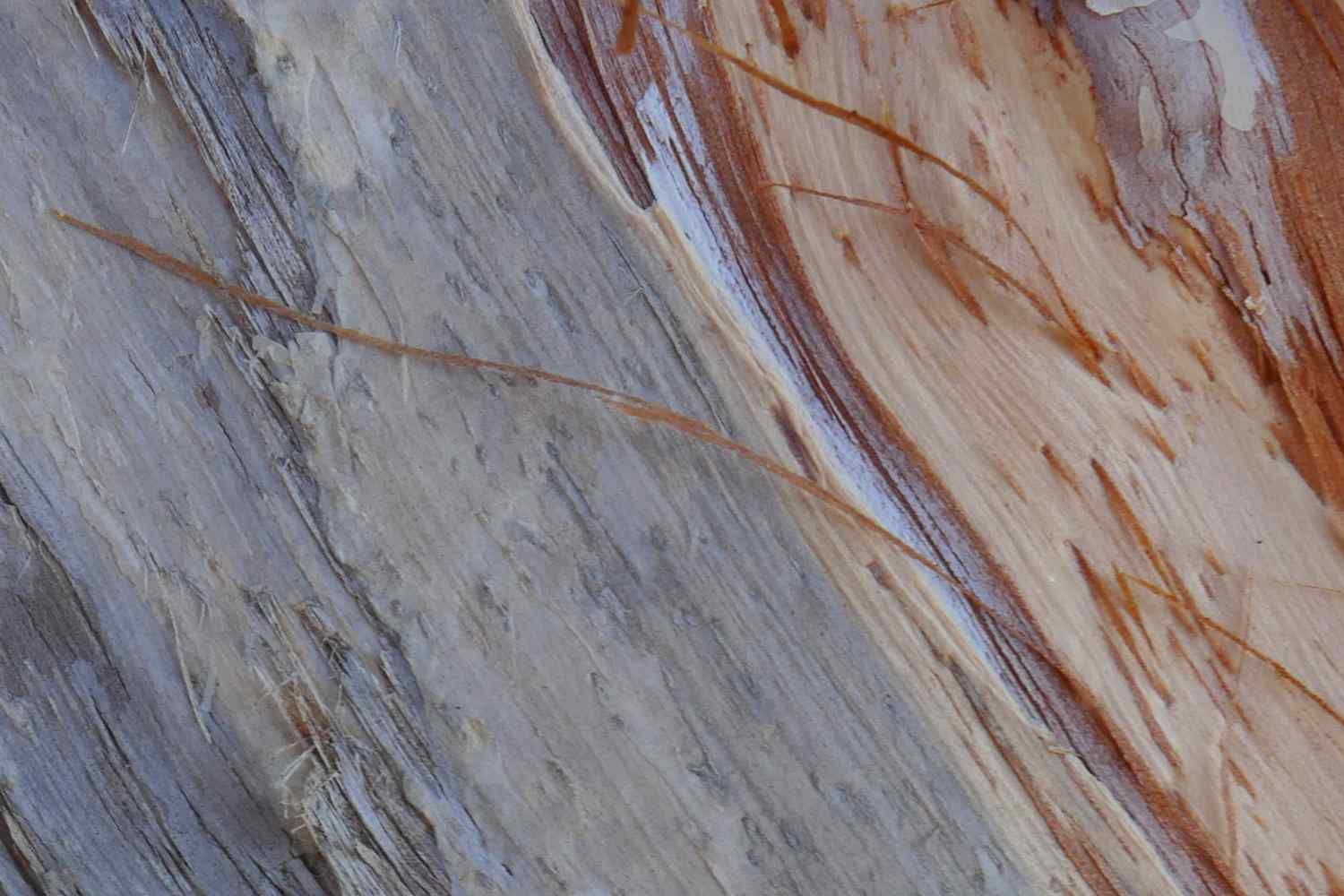 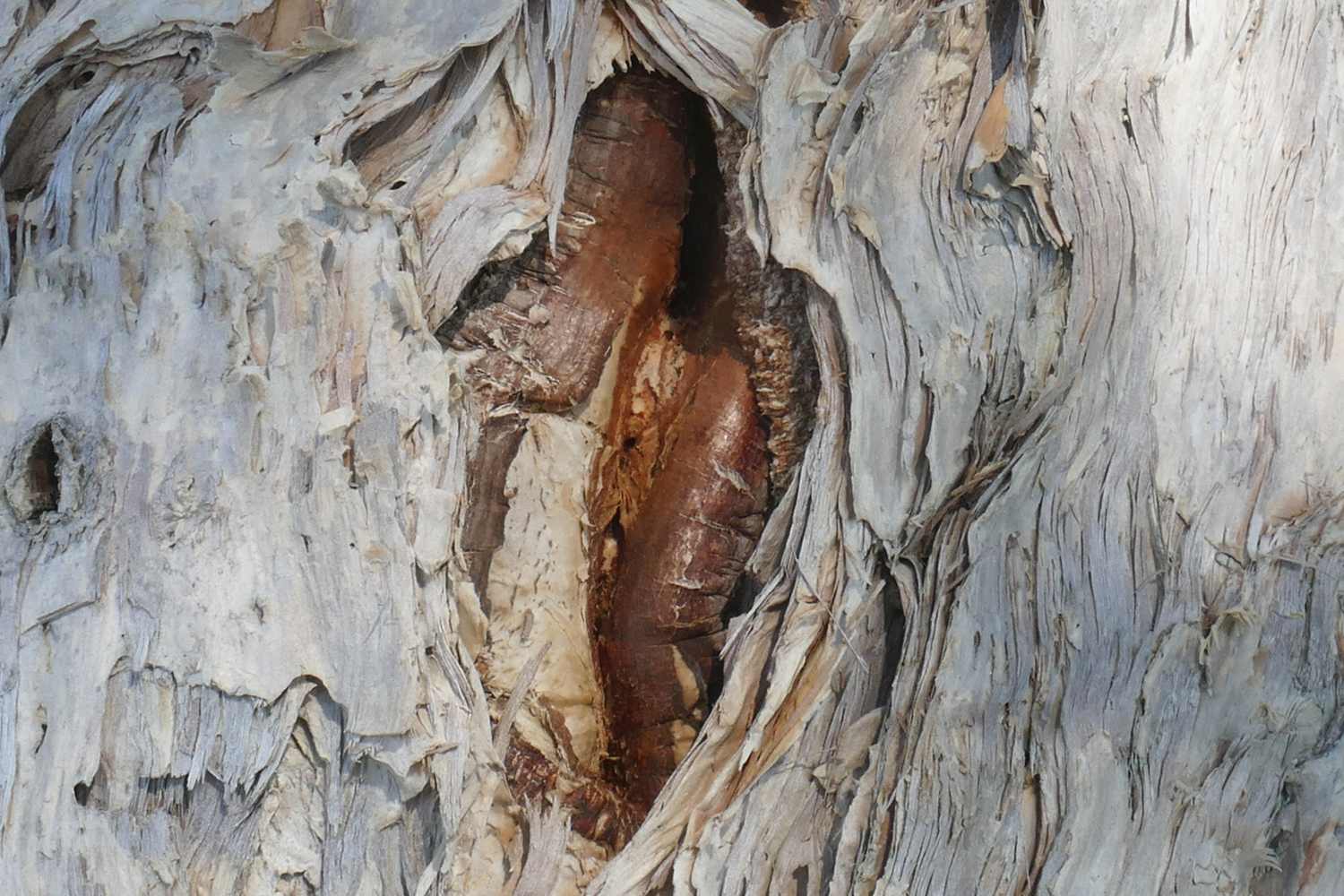 The skin is a mix of:
Wove – a smooth finish what you find in photocopy paper; 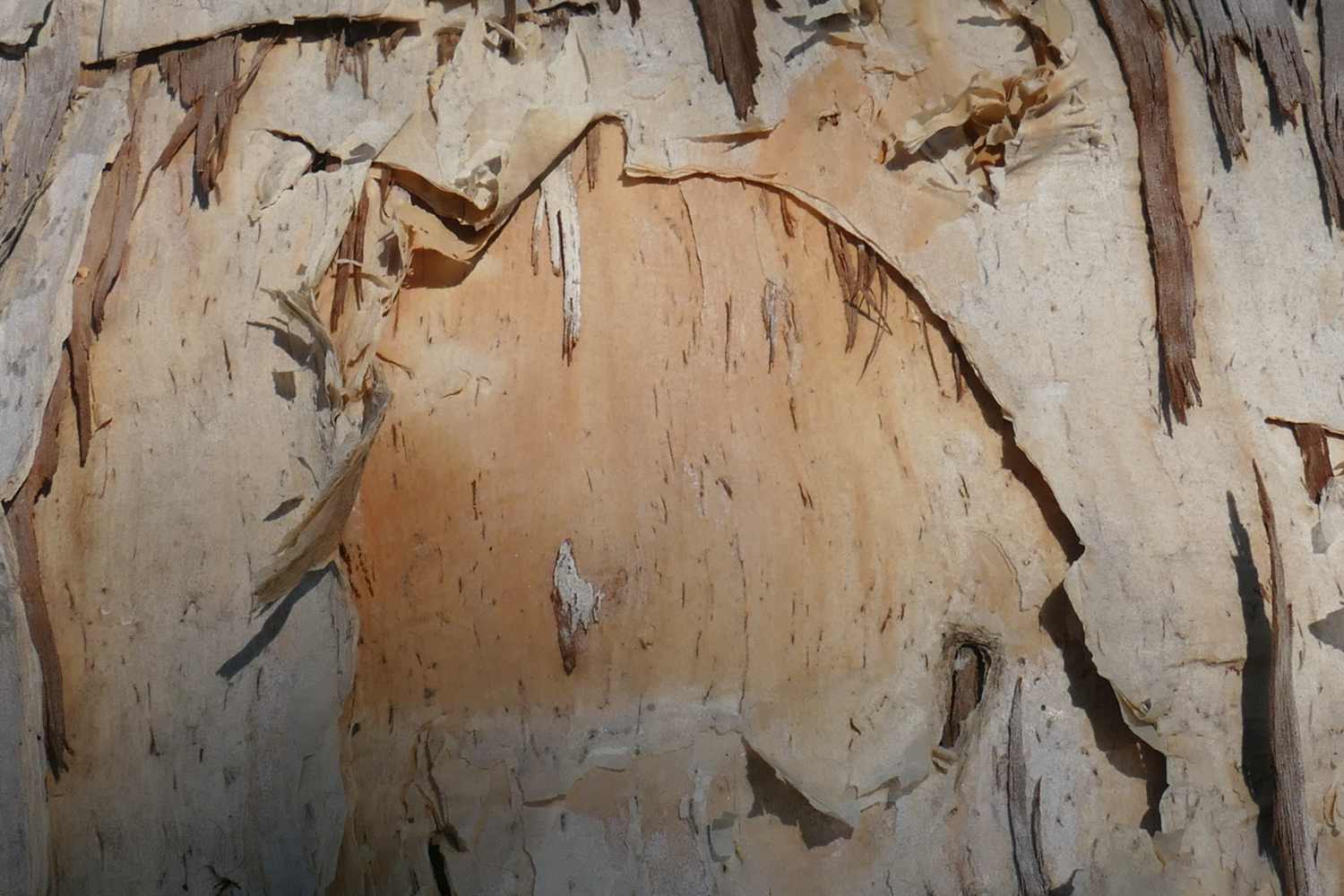 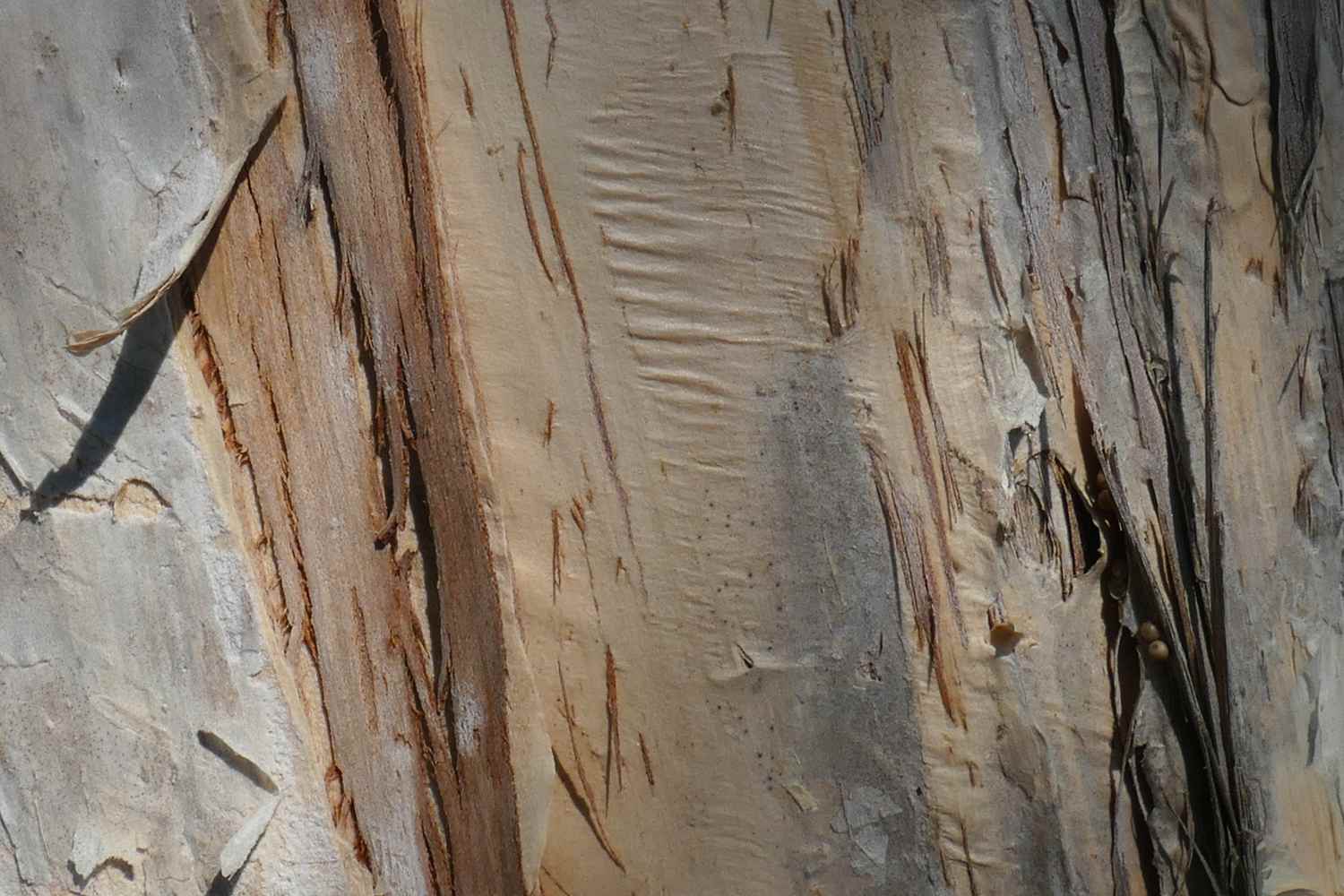 The bark was used to make water containers, mats and liners for babies baskets. Softer pieces of paperbark were soaked in water and wrapped around food, such as fish, emu or kangaroo and placed on the fire to cook. 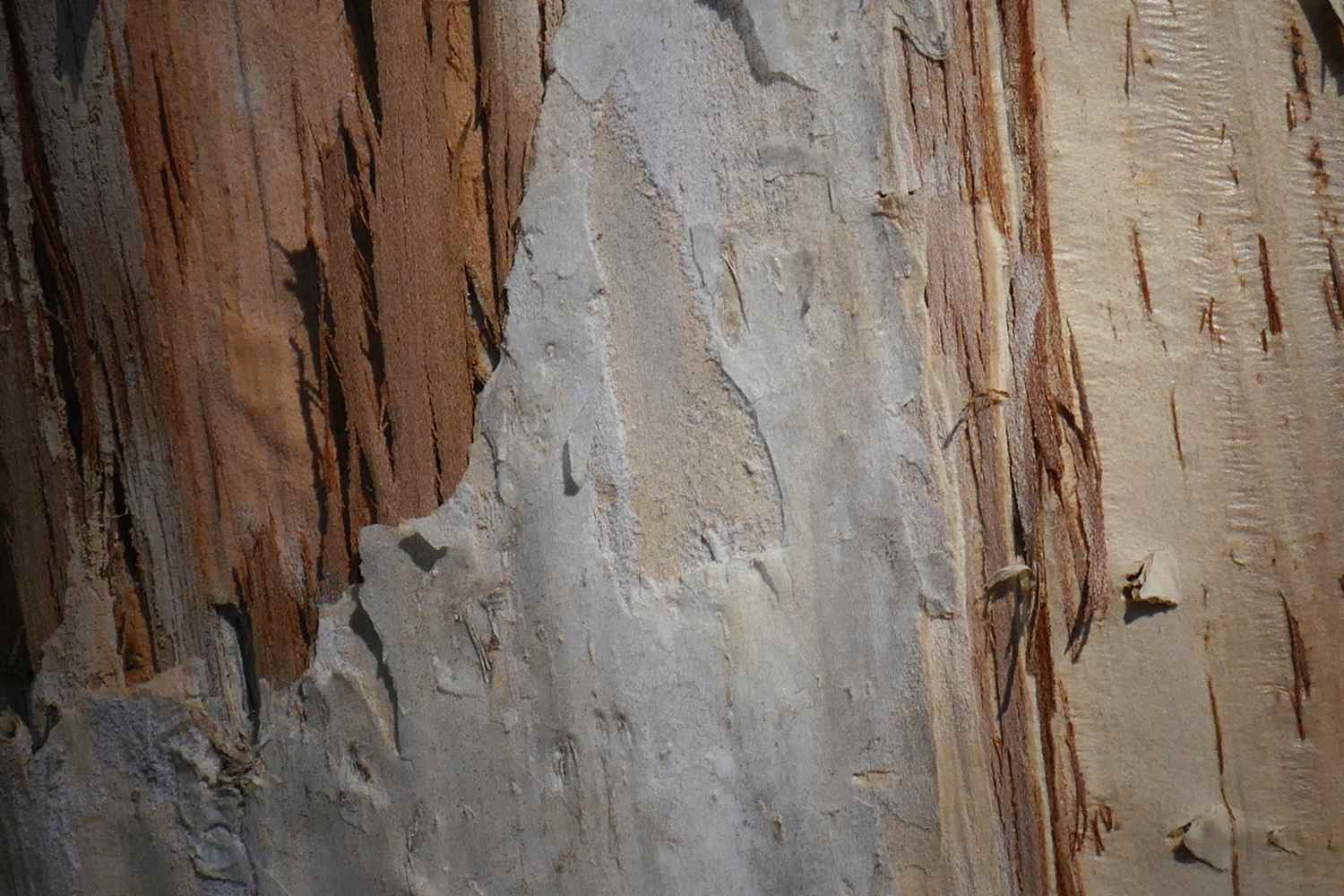 There is a number pinned to the tree just out of reach.

The guttural cries of terns opposite are hidden by glare.
How to make people see how such a big broad-shouldered
chunk of water and land is fragile – how? 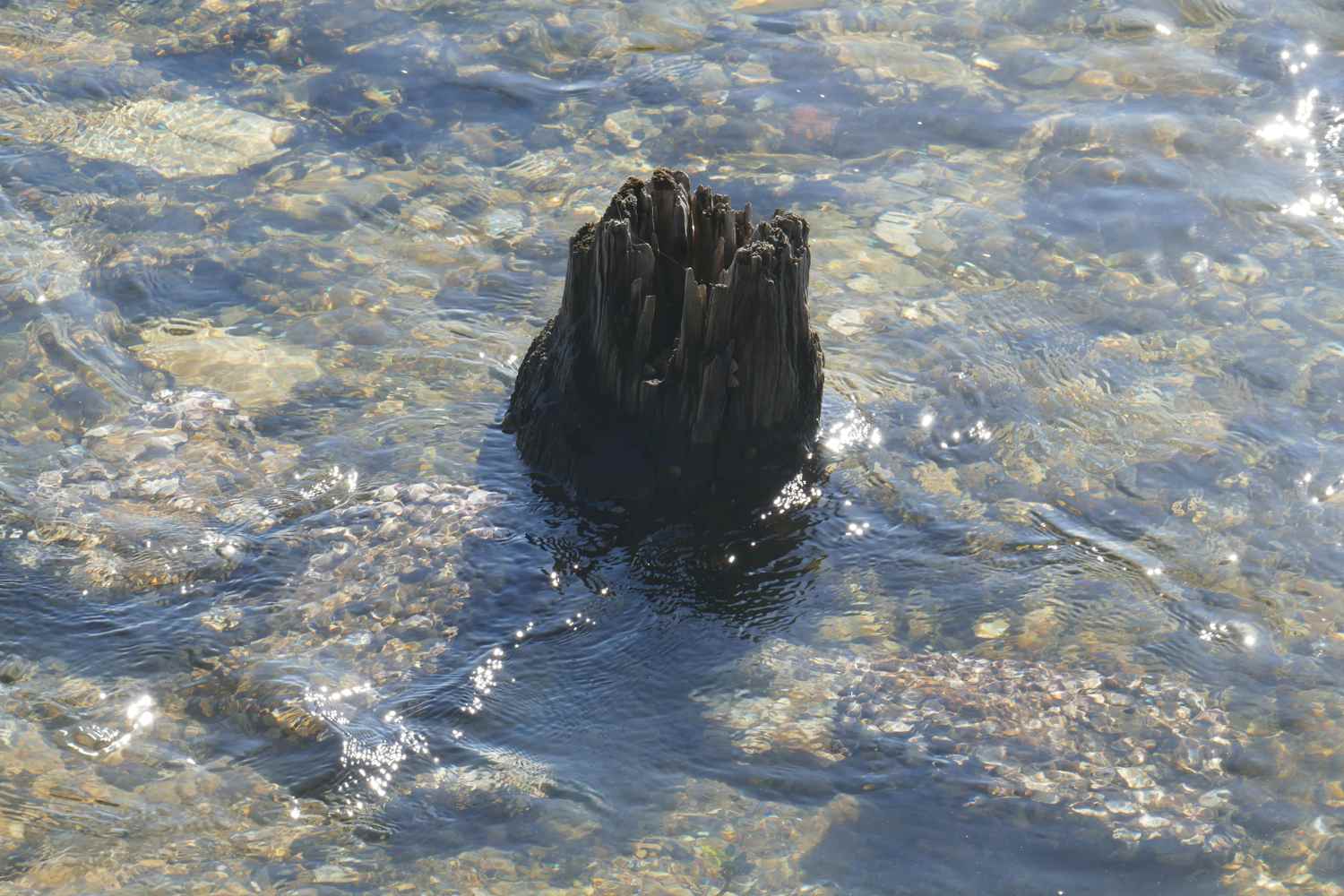 A stump swirls the shallows, badly weathered, fossil
from some engineered achievement, perhaps a jetty,
an occasional wash of ripples tinkles, Koel on report.

‘The work of giants of old lies decayed’. The Ruin. An anon Anglo-Saxon poem itself ruined by fire. Referring to the remnants of a glorious Roman city that toppled into decline after the Romans left Britain early 5th C.

‘The ruin as subject matter entered English poetry early, with the great Anglo-Saxon poem preserved in the Exeter Book of that name. The Ruin covers many of the tropes used in poems about ruins ever since: wonder at the skill of those who built the place; speculation as to why it fell into disrepair; a meditation (tacit or implicit) on our own inadequacy in comparison to the builders; a general sense of mortality wrapped up in more than a hint of nostalgia.’[2]

What of our imagination? How hard to see bark canoes here? Gumbaynggirr women fishing, children playing in the water.

Back to Nambucca for a swim at Shelley. 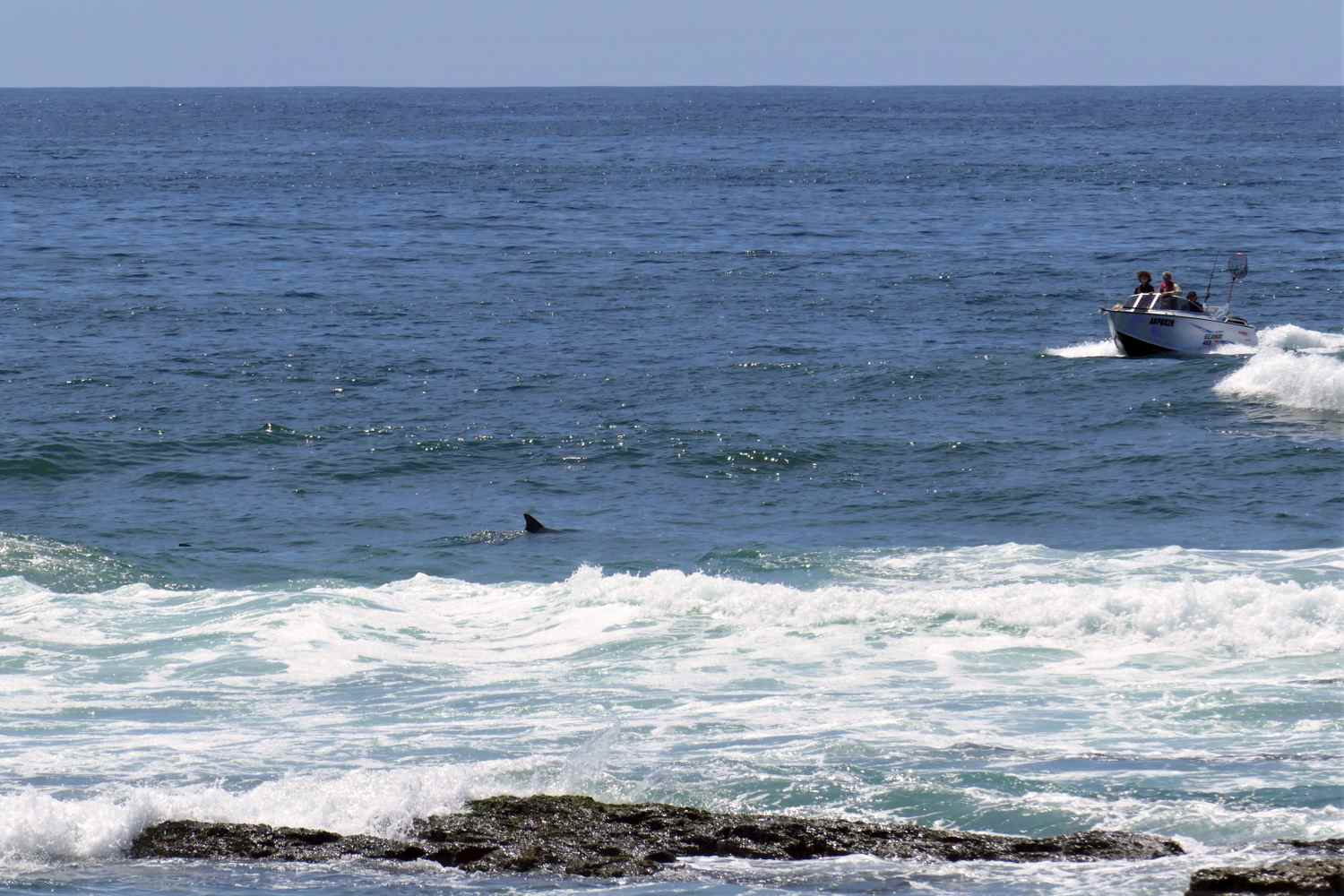 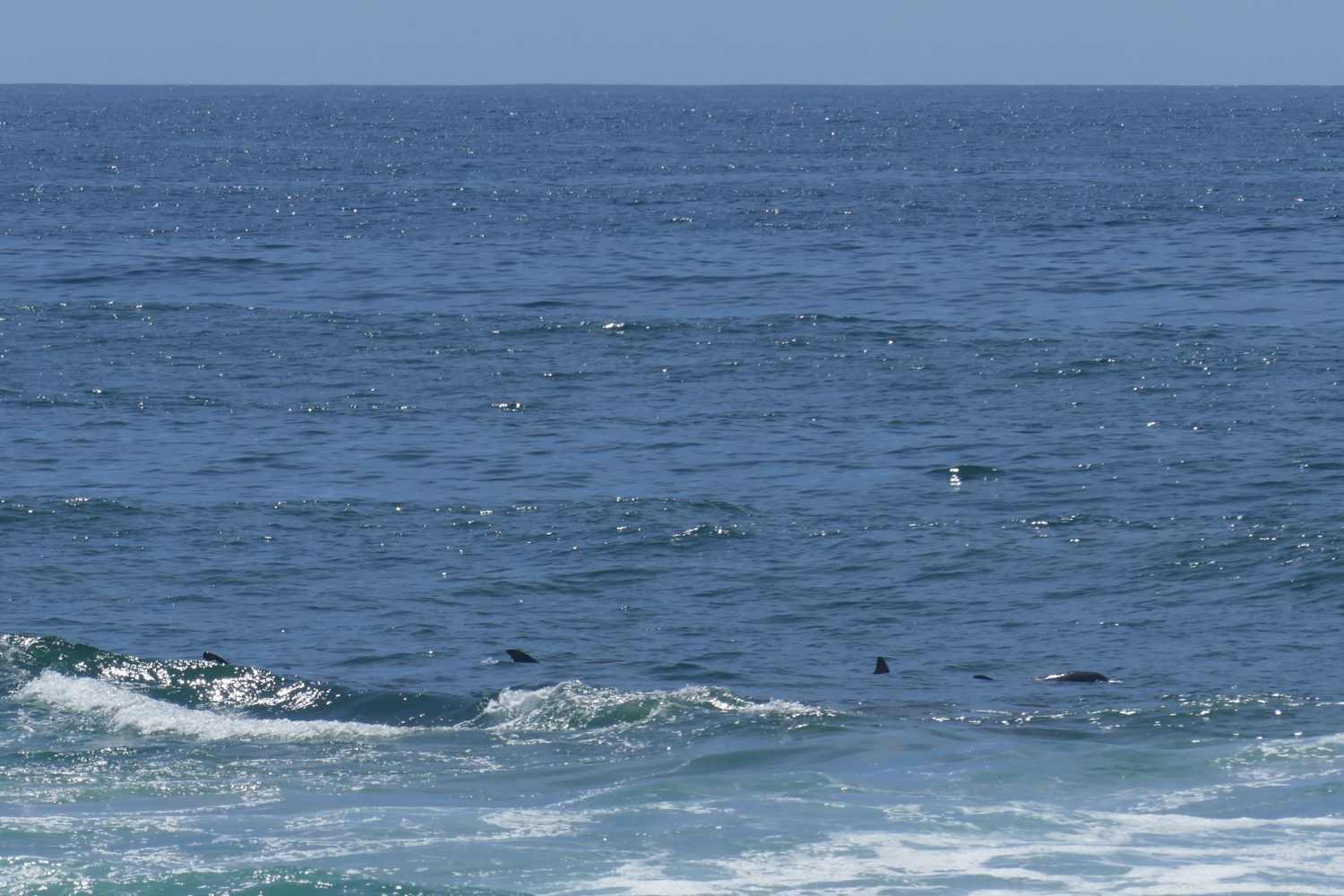 Not swimming with dolphins but swimming near dolphins and fishing boats. 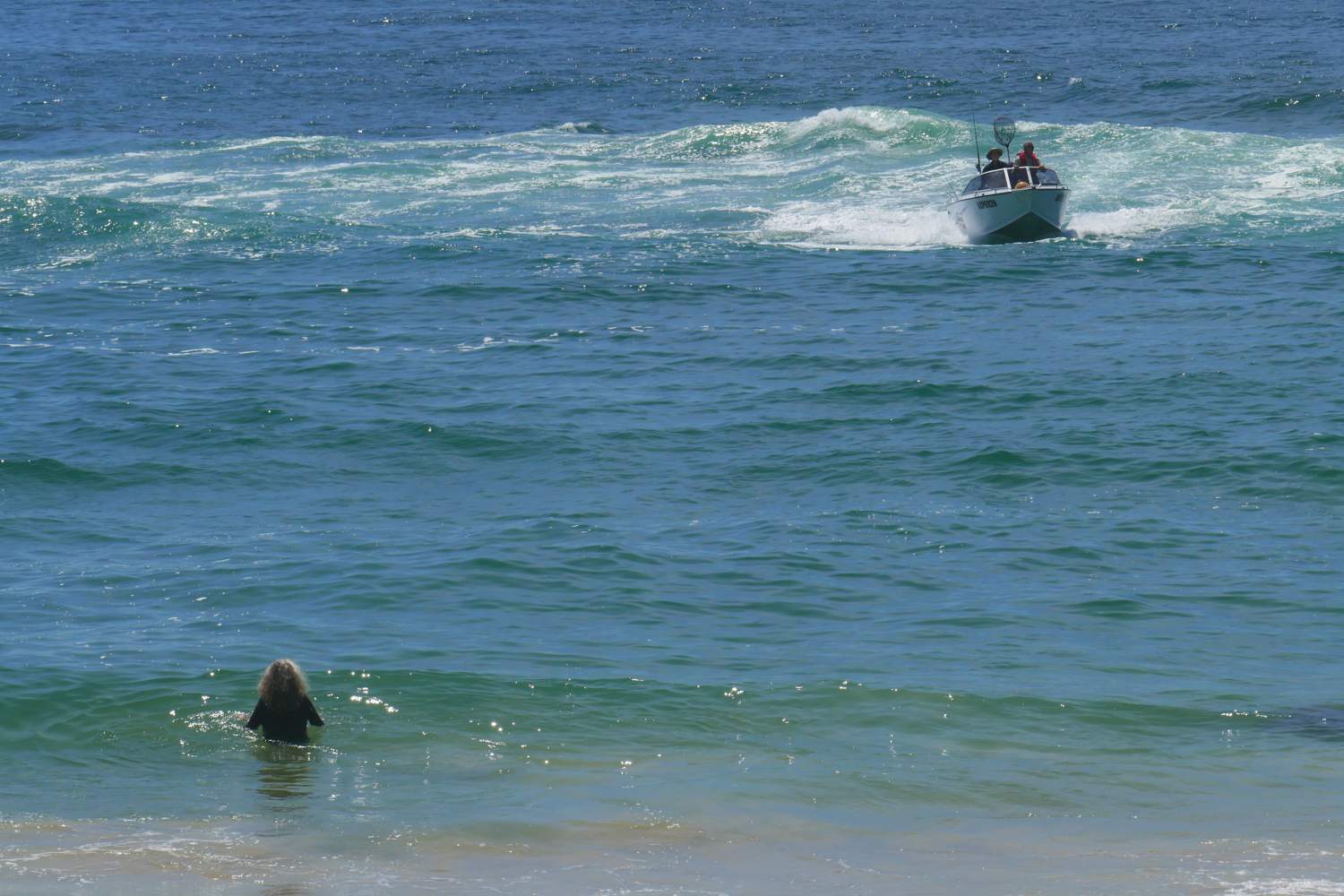 And my presence behind the lens revealed: 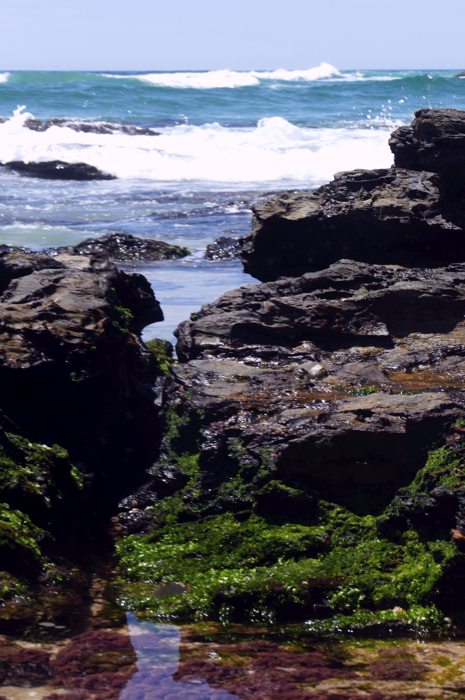 Online I check the label on the Urunga Papebark. Arborsite has changed its name to Professional Tree Management: ‘Whether it is for one tree or many thousands of trees, ArborSafe stands out in the arboricultural industry for our ability to offer the widest range of tree consultancy skills, services and management systems Australia-wide, which are all designed to provide facility, property and grounds managers with the best advice and outcomes to manage their trees.’

I finish the day with a brilliant preliminary final, rugby league at its best. ‘The Storm became the first team through to the NRL season decider after a Jahrome Hughes masterclass inspired a 30-10 preliminary final win over the Raiders at Suncorp Stadium.’[3]