Marine food webs could be radically altered by heating of oceans, scientists warn. The Guardian

Dire outlook for native freshwater fish with 22 species given less than 50% chance of survival. Biggest threat is non-native fish, but study was conducted before summer bushfires impacted Australia’s rivers. The Guardian

A world-first study examines the scales of management of the Great Barrier Reef. The findings have the potential to help sustain other ecosystems across the world. The study provides a new approach . . . www.sciencedaily.com

Tree ferns are older than dinosaurs. And that’s not even the most interesting thing about them. The Conversation

A world-first study examines the scales of management of the Great Barrier Reef. The findings have the potential to help sustain other ecosystems across the world. ARC Centre of Excellence for Coral Reef Studies

Marine food webs under increasing stress: Scientists at the University of Adelaide have found growing evidence that marine ecosystems will not cope well with rising sea temperatures caused by climate change. https://phys.org/biology-new

Who could forget the week that began on March 16th? Wherever we were, the unfolding of the COVID-19 nightmare and its devastation were unavoidable. Most of that Monday, I sat at Melbourne Airport in transit between Adelaide and Burnie, numbly answering phone calls from colleagues while Australia’s arts industry cancelled, buckled and collapsed in real time. By Friday, Tasmania’s borders were closed, and like many Australian arts festivals, we were back at the drawing board, having scrapped a year’s worth of planning for the forthcoming festival. Lindy Hume [1]

Soldier crabs up for air are on the move, an army manoeuvring over
the empty tract of river bed punctured with thousands of holes,
waves of them in large bands, detachments coalesce, smaller groups
heel over the sand, the ground moving, not sure where.

I can hear them, the sound of the shuffling of exam papers. 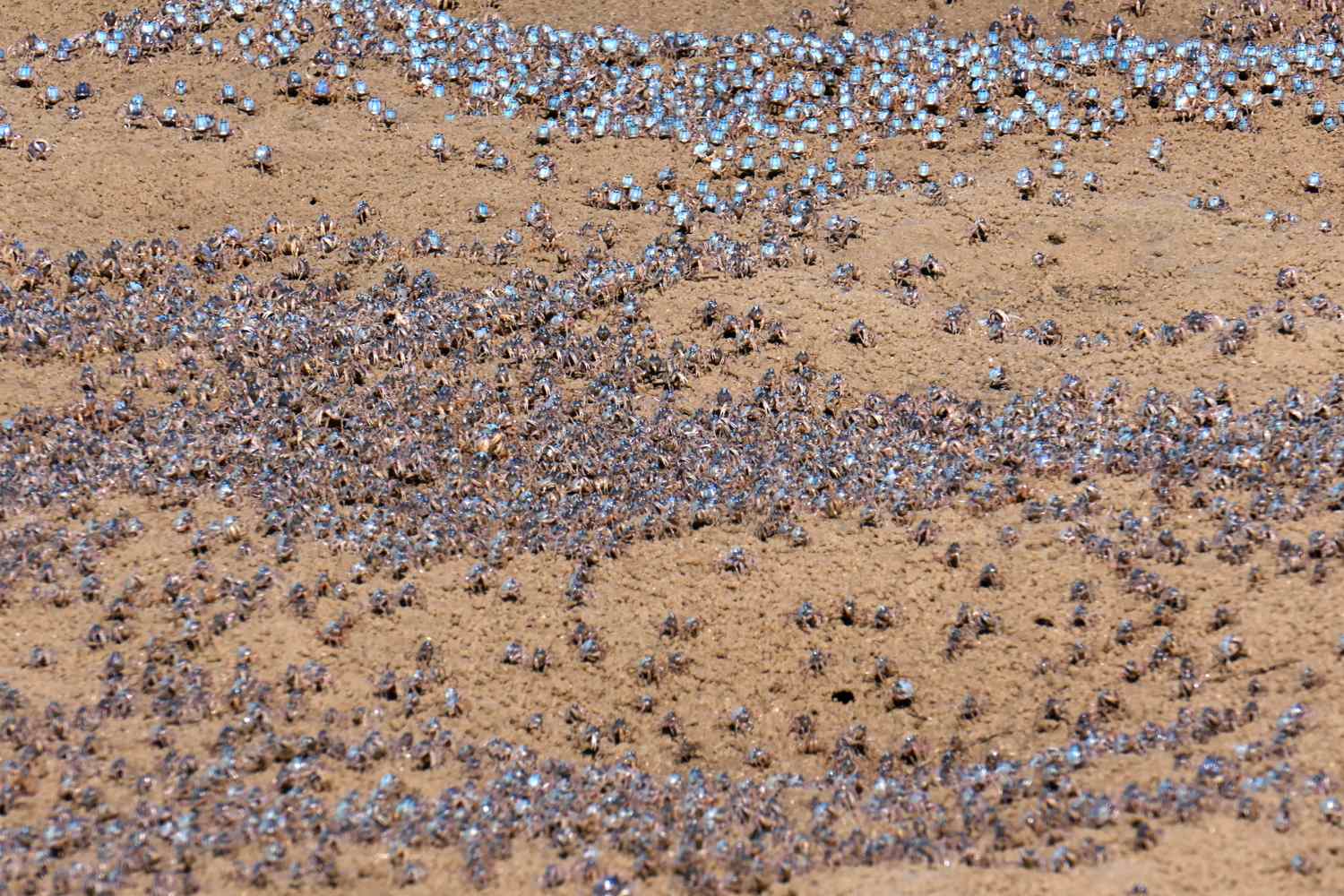 An Ibis picks at a couple then gives up, a Royal Spoonbill steps through
the water scything the grasses, an Osprey unlocks the continuous
unmeasurable blue, circles then moves over the group of Pied Stilts
slumming with three Masked Lapwings – it’s a restless world of genetics.

A woman sits down over the narrow channel on the bridge to the island
and throws in a line. I cross to get closer to the Stilts. The Aboriginal camp
is now a golf course. I ask the greenkeeper where the bora ring is,
he doesn’t know, but told me a Gumbaynggirr grave is at the end
of the thirteenth. Don’t go now, they warn, it’s ladies open day.

~
Off to Macksville for lunch with old neighbours, stop to watch
the muddle of birds readying to breed on the small island by
the council building, a pair of White-breasted Woodswallows
not seen for ages perch dive, roll, soar, feed and rest, briefly
then start over, an insubstantial memory. 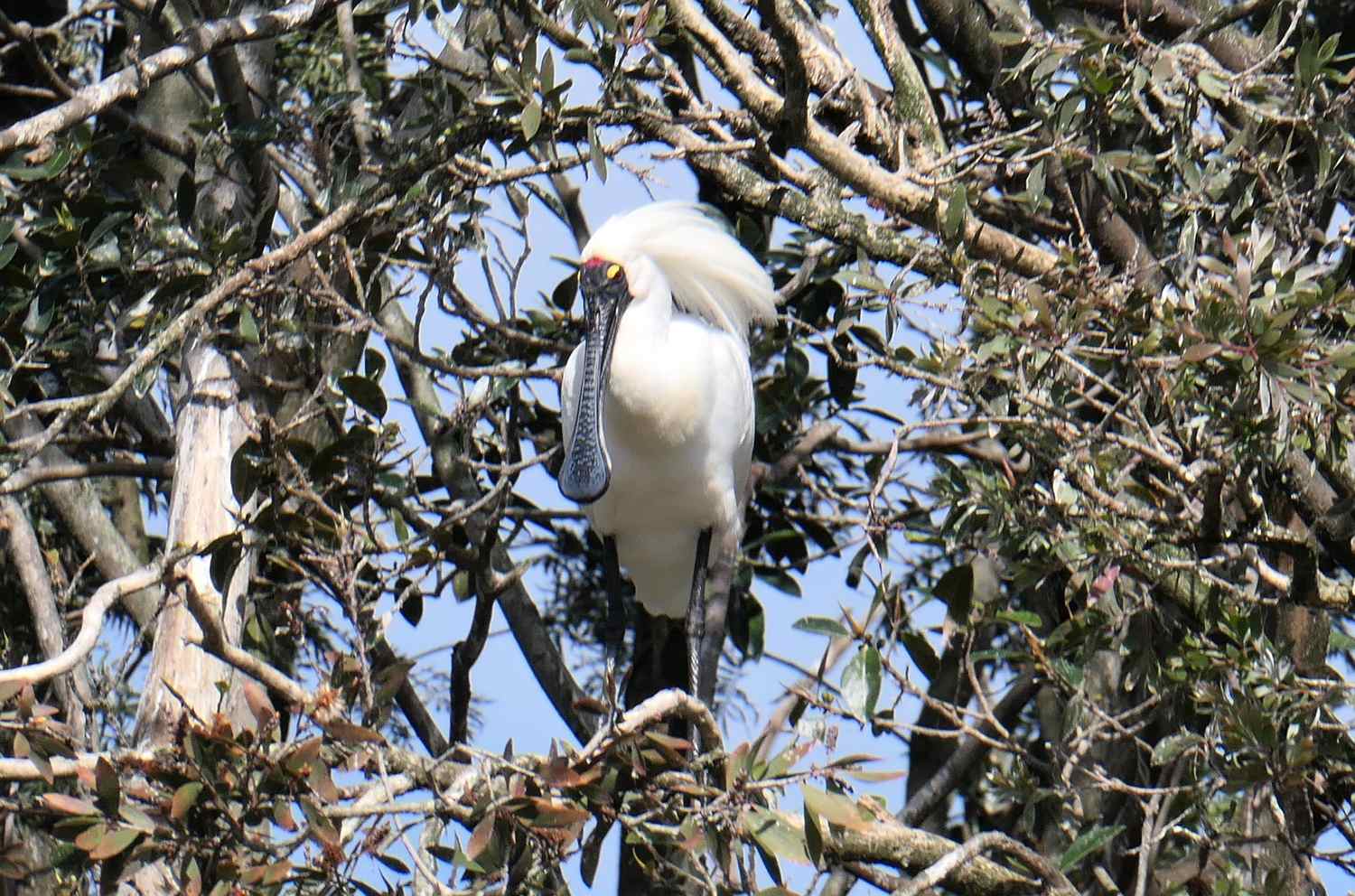 If this social isolation is now one of life’s duties, it goes along beside all the other duties, and among them is the fact that dying is one of our duties. Kevin John Brophy, ‘On reckoning with the fact of one’s death’, The Conversation, August 14, 2020

Our society does not think or talk about death enough, (I am 65 and confess to never giving my death a first or second thought). Death is not a duty. Living a good life might be (but duty is such a corrupted concept). A good life, I would suggest, involves paying attention to loved ones and strangers, to the consequences of our actions on other species, and to appreciate life – a yellow poppy, or

‘Those weeds, and the high spear-grass on that wall,
By mist and silent raindrops silver’d o’er.’ Wordsworth

Teju Cole believes that the duty of writers artists to pay attention: ‘That is central to my ethos as a human being, that is my only defence against death, to look at my life and say, well, in the time of your life what did you do with it? And the answer being, I paid attention, that’s what I hope for.’[2] That goes for all of us. This pandemic just may help us reset our attention back to living well and ethically, and our destruction of life we co-evolved with at a rapacious rate.

Attention requires discrimination which often requires making an effort. In ‘What You Should Know to be a Poet’ Gary Snyder begins, ‘all you can about animals as persons / the names of trees and flowers and weeds . . .’[3] This is what we should all be learning until the day we die, it enriches being alive.