I am a writer and photographer, passionate about art and the natural world and deeply concerned about the future.

My daily journal of writings and photographs, Virus 2020 started in January, before I knew it was going to become an ongoing project, From March documenting the day became a daily activity, to document the pandemic from a regional and global perspective. I look at both personal and wider social/economic ramifications, but primarily focus on this crisis as an opportunity to appreciate and (as usual) celebrate the natural environment.

We need to use these strange, uncertain times to re-evaluate what is really important, and in a time of lockdown, appreciate what is in our immediacy – the natural world.

Late July, down in Sydney as COVID clusters. False advertising.

In 1939 Müller synthesized the chlorinated hydrocarbon dichlorodiphenyltrichloroethane . . . He took some DDT home with him one day and powdered a small amount into a container and noted that it killed flies. 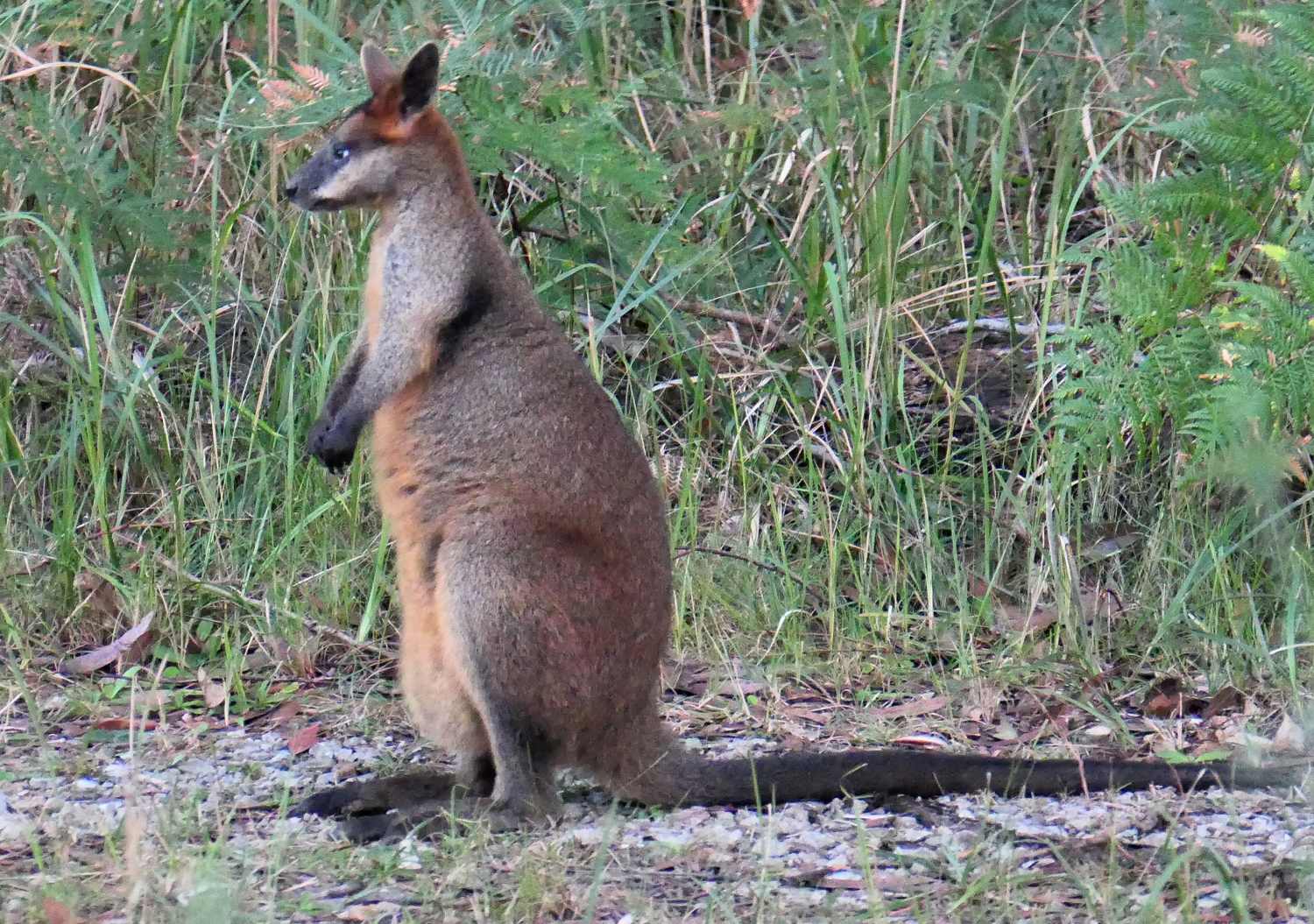 Rare visit to our garden of a female Swamp Wallaby with joey in pouch. They are shy and keep to the forest, unlike the Eastern Grey Kangaroos. June 20 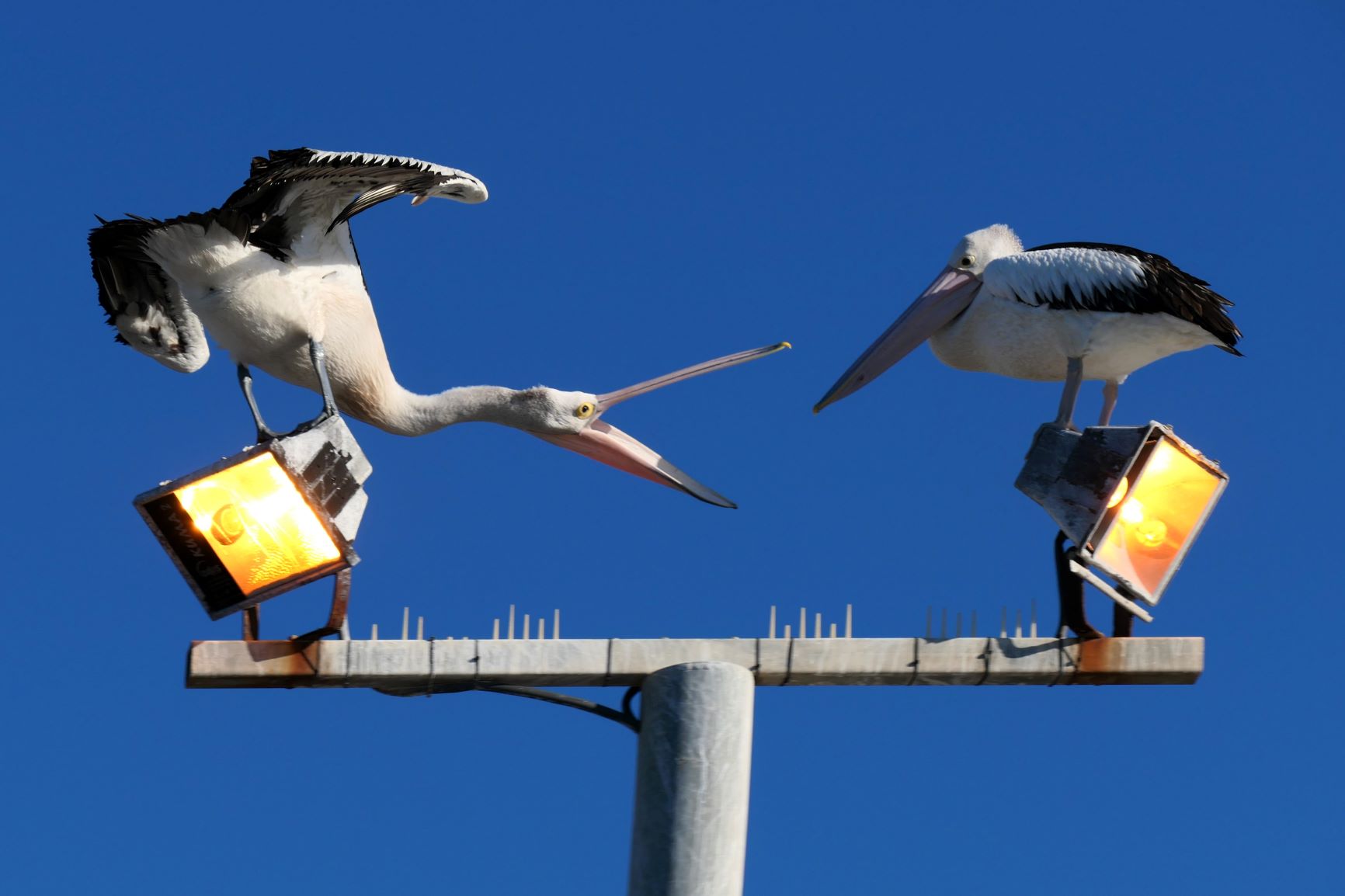 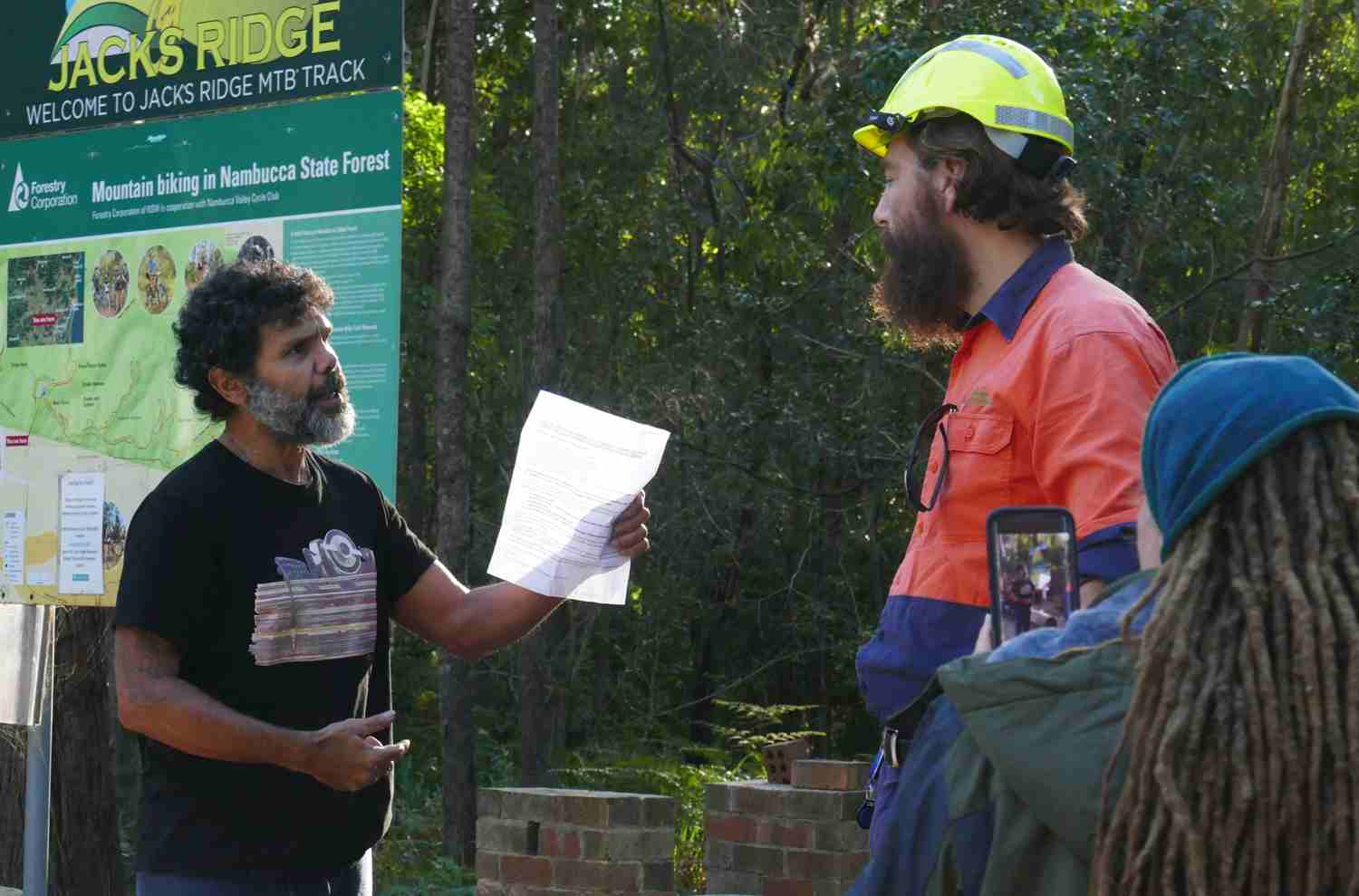 Bumagin, Gumbaynggirr man arguing. May 15. Logging started in Nambucca State Forest. This council supports logging even after the devastation to habitat caused by November’s bushfires. 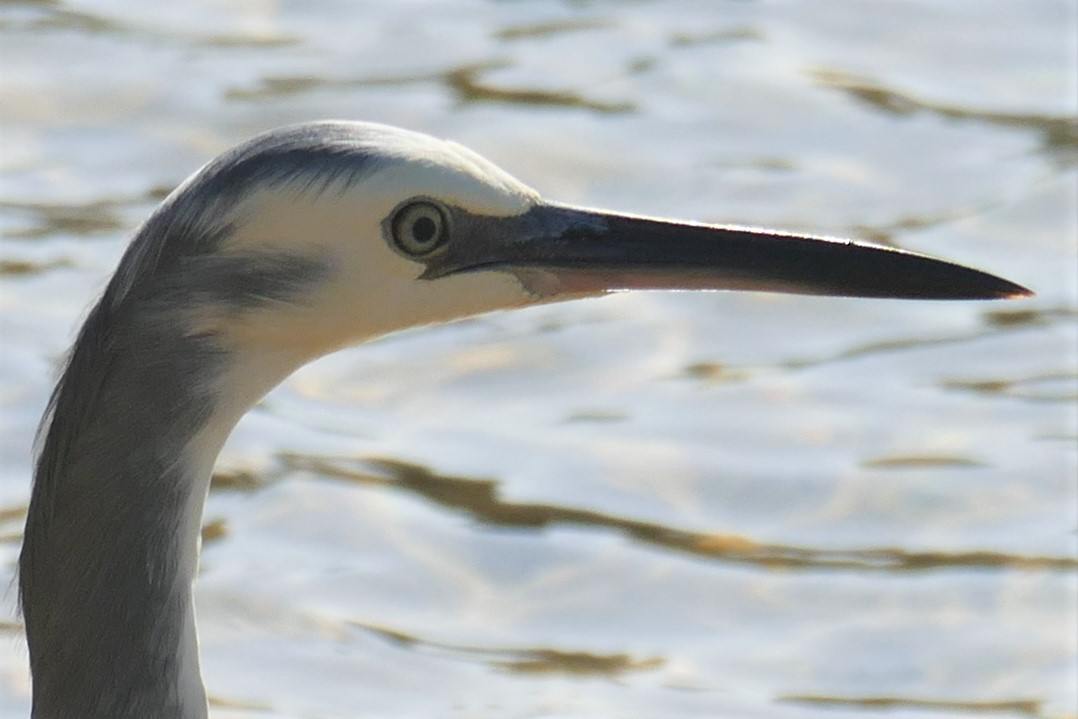 An elegant turn as if on a runway,
unblinking eyes, perpetually wide,
the sleek head delicately textured,
Tang brush-strokes white and blue,
Persian cobalt from the Silk Road
built into a powerful weapon. 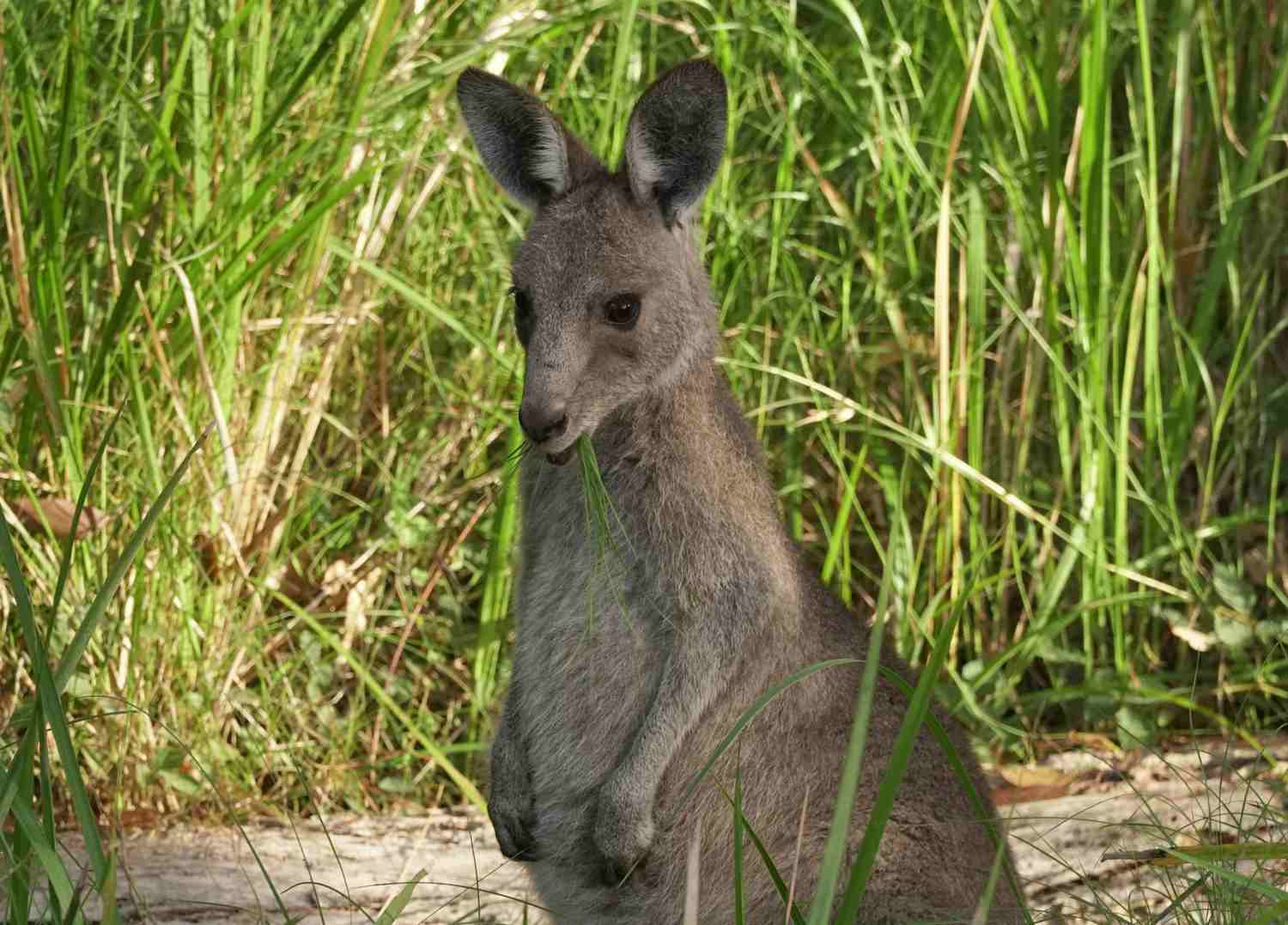 Joey in the garden, April 21 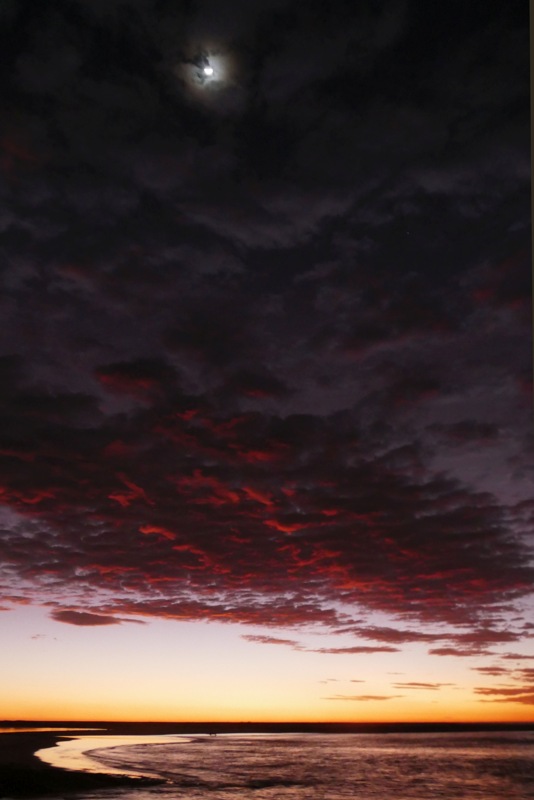 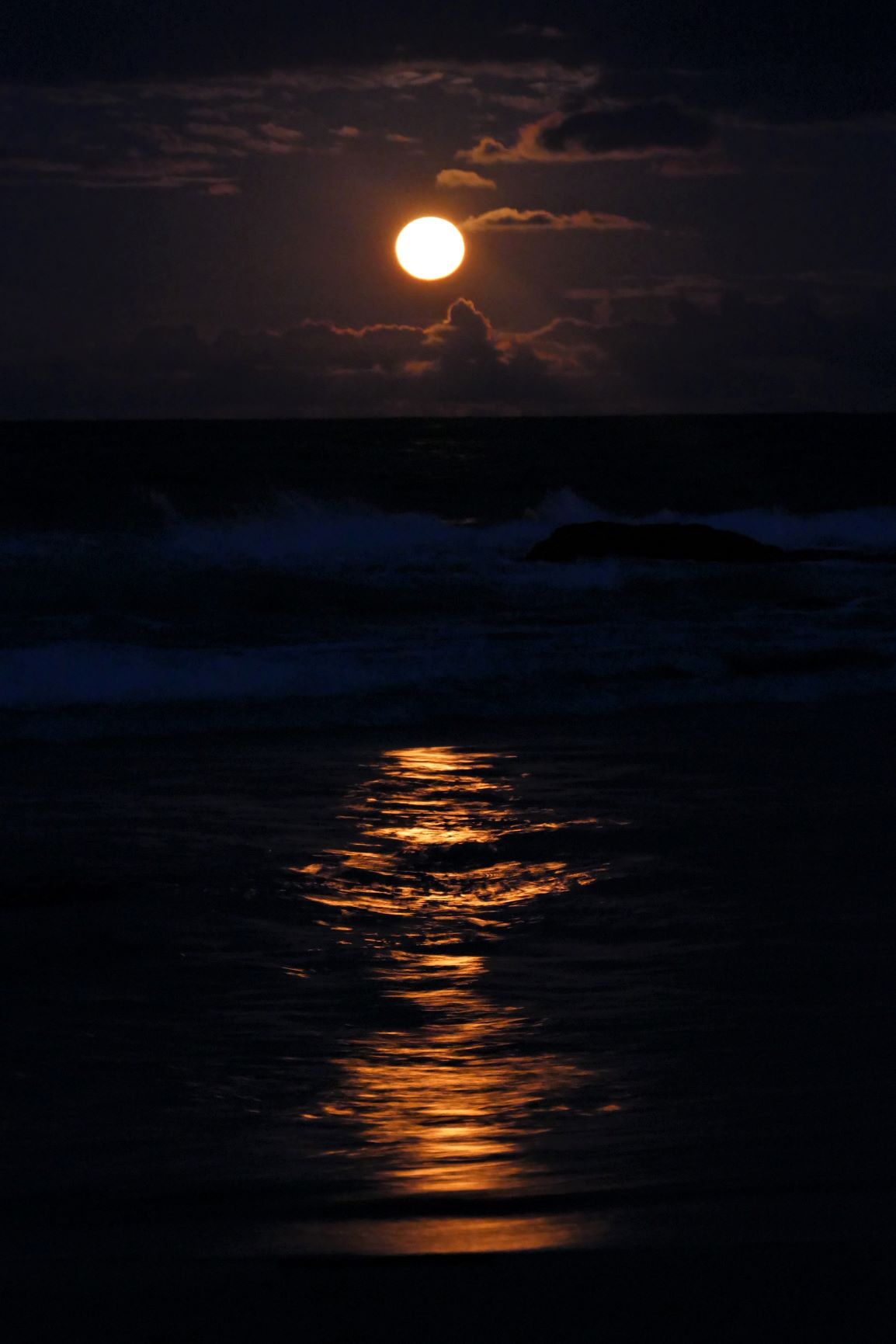 In this time of lockdown and physical distancing getting up for Eos is a joy.

In the midst of this emergency (more to with no toilet paper on the shelves in this area  and an economic downturn in progress, though things may well get much worse regarding mortalities in Australia) spare a thought for a disaster mostly forgotten. Three quarters of the Cadigal people living around Sydney Harbour died within two years of the First Fleet landing.

Let’s get some perspectives on this pandemic that has reached every country, and which the news doesn’t cover. See COVID-19 and the Cadigal peoples of Sydney and COVID-19 and Lucretius

March 19, Sunrise, Valla. In these times of physical distancing Eos has become an even more healthy opportunity.

Little Corellas are/were an inland species that have started to appear in large flocks on the coast. 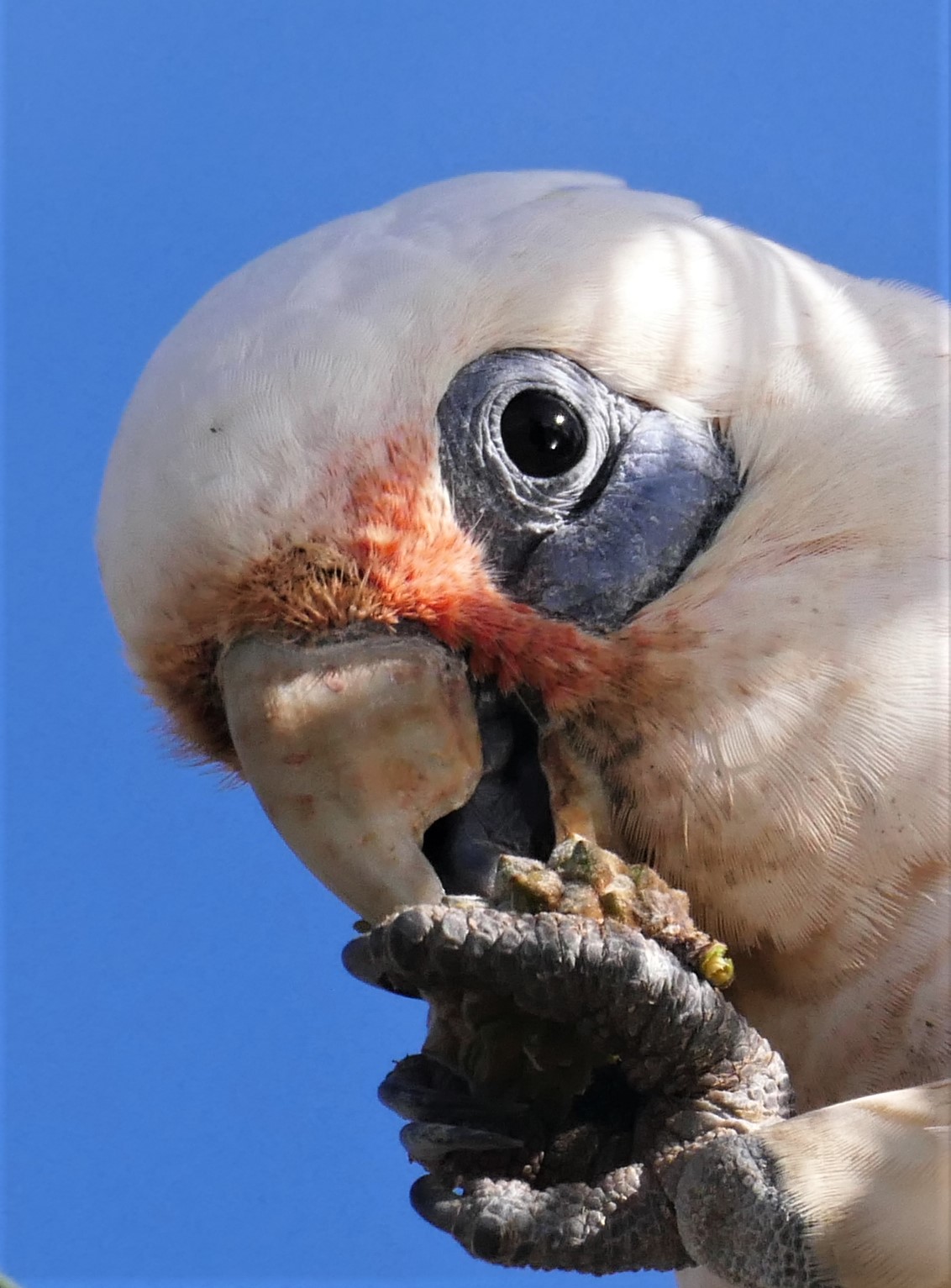 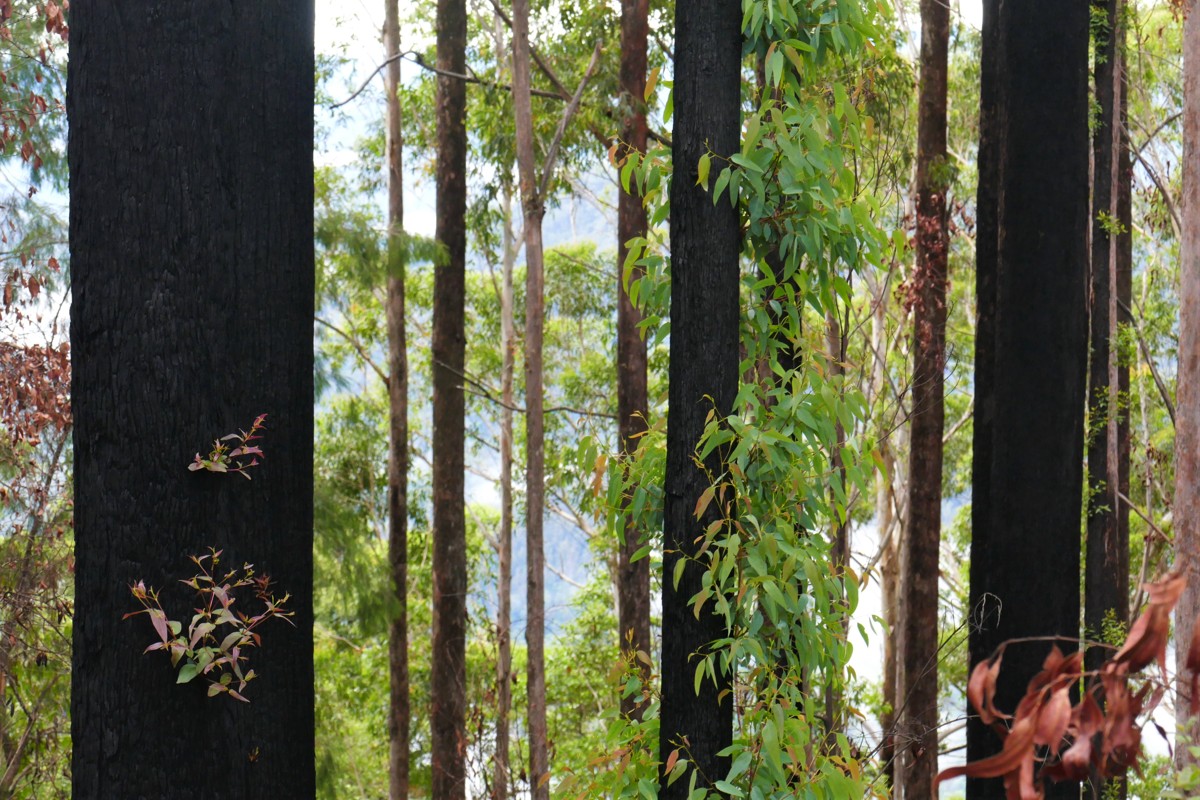 Life is coming back, but so much has been lost

So much rain, and a lot more forecast. Oyster Creek is running fast. 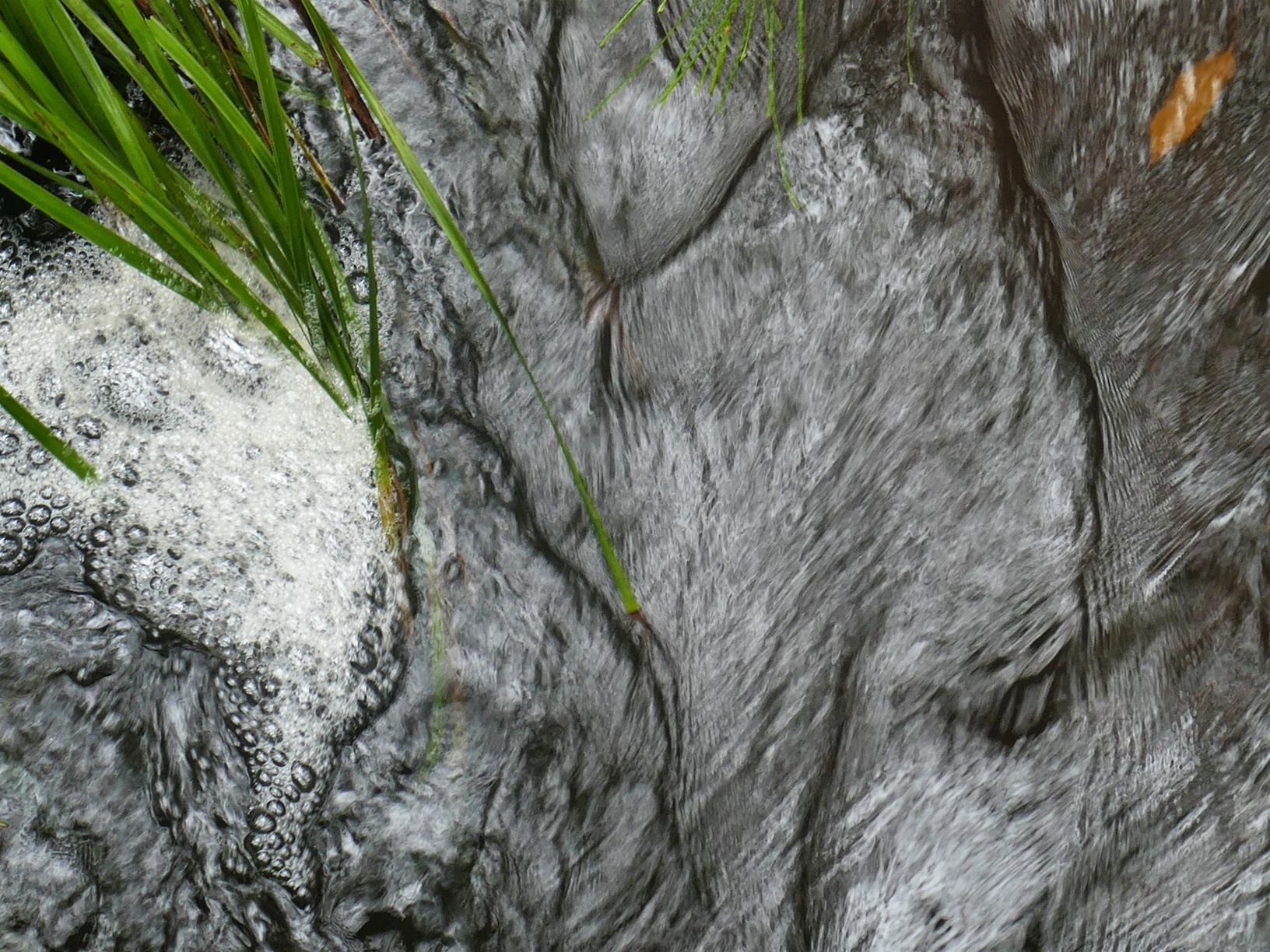 After the fires and the dry, too much rain and floods in late February. I saw this prayer in the Bellingen alternative bookshop, and that evening, Uncle Mark Flanders on the ABC Backroads, so I emailed him and told him to stop his mob praying so hard. 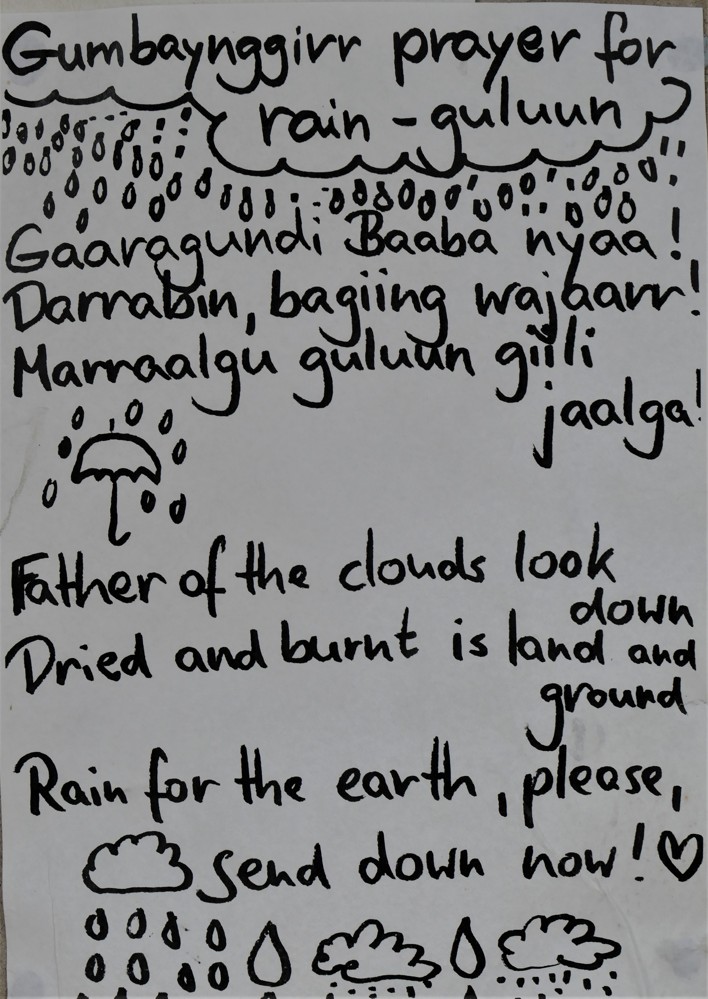 He sent back a funny ditty about ducks.

One of two sick turtles recently found at Valla Beach. 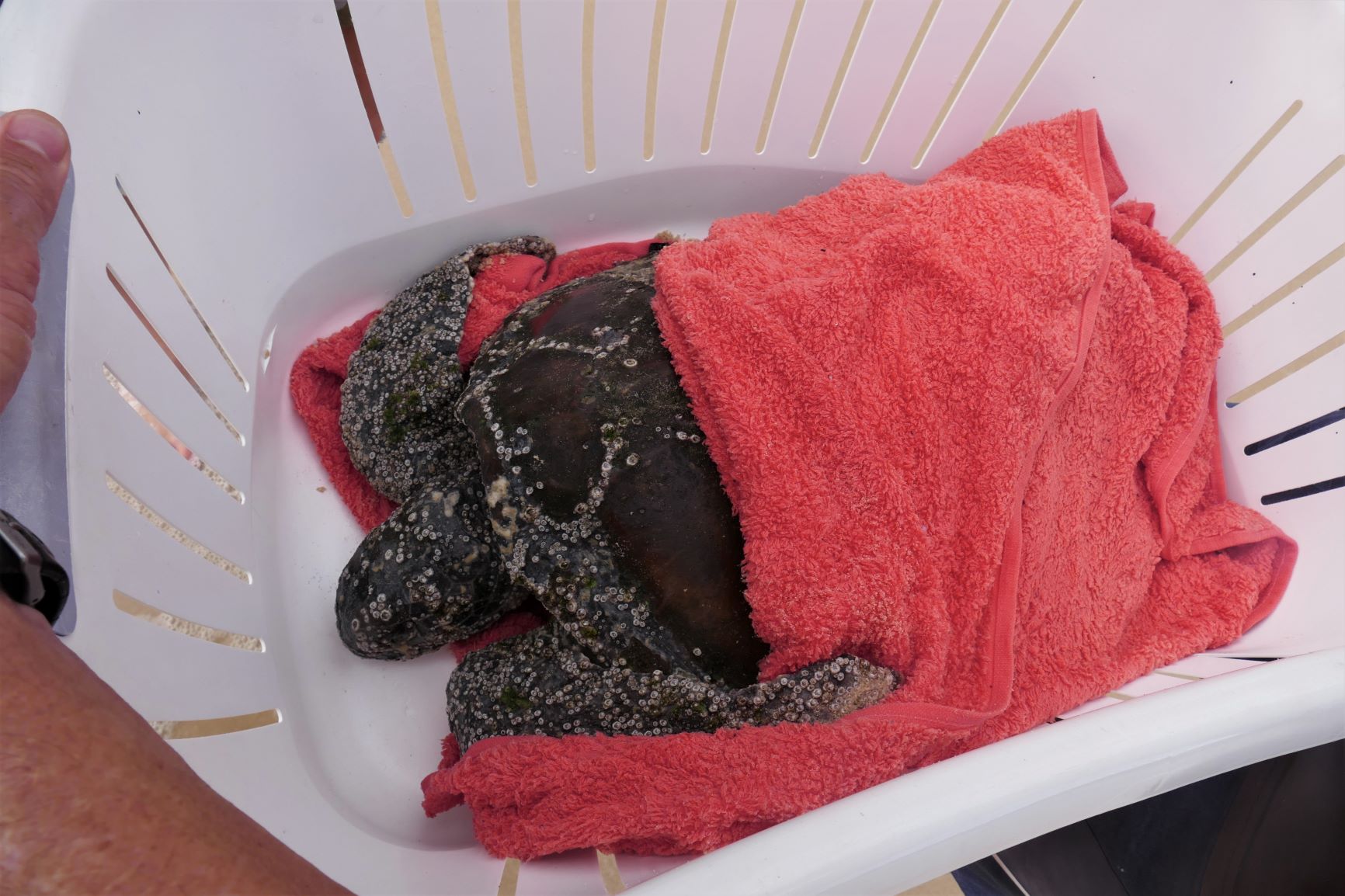 A sick turtle found on Middle Beach, Valla, on its way to the Dolphin Marine Conservation Park at Coffs.

Wooden benches ring an amphitheatre
in a youth camp called Fairy Tale amongst
the trees where boys would meet girls
and play ‘foreign music’.

Hygienic adults in bleached uniforms and headgear
whirl round and around, waltzing broad smiles
in black and white on a dance floor of lengthening weeds.

Scientists report time’s arrow to be false,
tell that to these Chernobyl liquidators,
power plant personnel, emergency workers
civil defence, soldiers and many volunteers
not told the invisible at times become visible.

Fairy tales are terrifying and some dancers
unearthed a ghastly death, many are ill,
and most abandoned by their governments.

The tragedy of tragedy is that is a literary invention,
this information deficit was an asymmetric crime.
Lies spiral sporadically spilling truth.

What a disaster these bushfires are!

Ancient rainforests that have never burnt, have burnt. Perhaps a billion animals are dead, and a number of people. The Government at State and Federal level have been so slow to react. We were close to fires before Christmas and we know people who lost their homes, but the worst of them happened down south. Over 70 nationally threatened species have had at least 50% of their range burnt, while nearly 160 threatened species have had more than 20% burnt. More

Have more than a billion animals perished nationwide this bushfire season? RMIT ABC Fact Check say this is a conservative estimate. See the ABC.

One bright piece of local news from the fires, the Upper Kalang is not going to be logged for now. It’s been a long battle with lots of protests  in the face of proposed logging – demonstrations, concerts, letters written and a camp still guarding the old growth forest.

We will be planting a Koala food tree garden, hand out food trees to appropriate landowners and educate the public. We are borrowing a koala sniffer dog, running workshops and a poetry competition. Given the devastation inflicted on the koala population (and of course all the other species), this region may have an important healthy population.  Koala numbers in northern NSW and Queensland were already in decline by over 40 per cent between 1990 and 2016, mainly because of habitat loss. The proposed Great Koala National Park (GKNP) is a wonderful idea.

[But last night (Jan 30) at Council we failed to get a motion through that they support the GKNP, and  I presented a petition to council calling for an immediate moratorium on logging until an assessment is made of the damage to Koalas and their habit from the bushfires.  I spoke to the motion, but it didn’t get through on the mayor’s casting vote.

Port Macquarie Koala Hospital via Go Fund wanted to raise $25,000 during the bushfires. To date they have over 7 and a half million dollars. Koalas matter to people and if you save the iconic koalas you also save habitat supporting many other endangered species, fauna and flora.

Mid-January I was in Sydney for the launch of Planet in Peril: Photography, Art and Poetry, edited by Isabelle Kenyon, an eco-poetry anthology which is raising funds for WWF and The Climate Coalition. It was @ the new larger (and wonderfully welcoming) Garden Lounge Creative Space, Enmore Road, Newtown.

The Overwintering project at Coffs Regional Gallery with art books inspired by my images and poems until Feb 8. 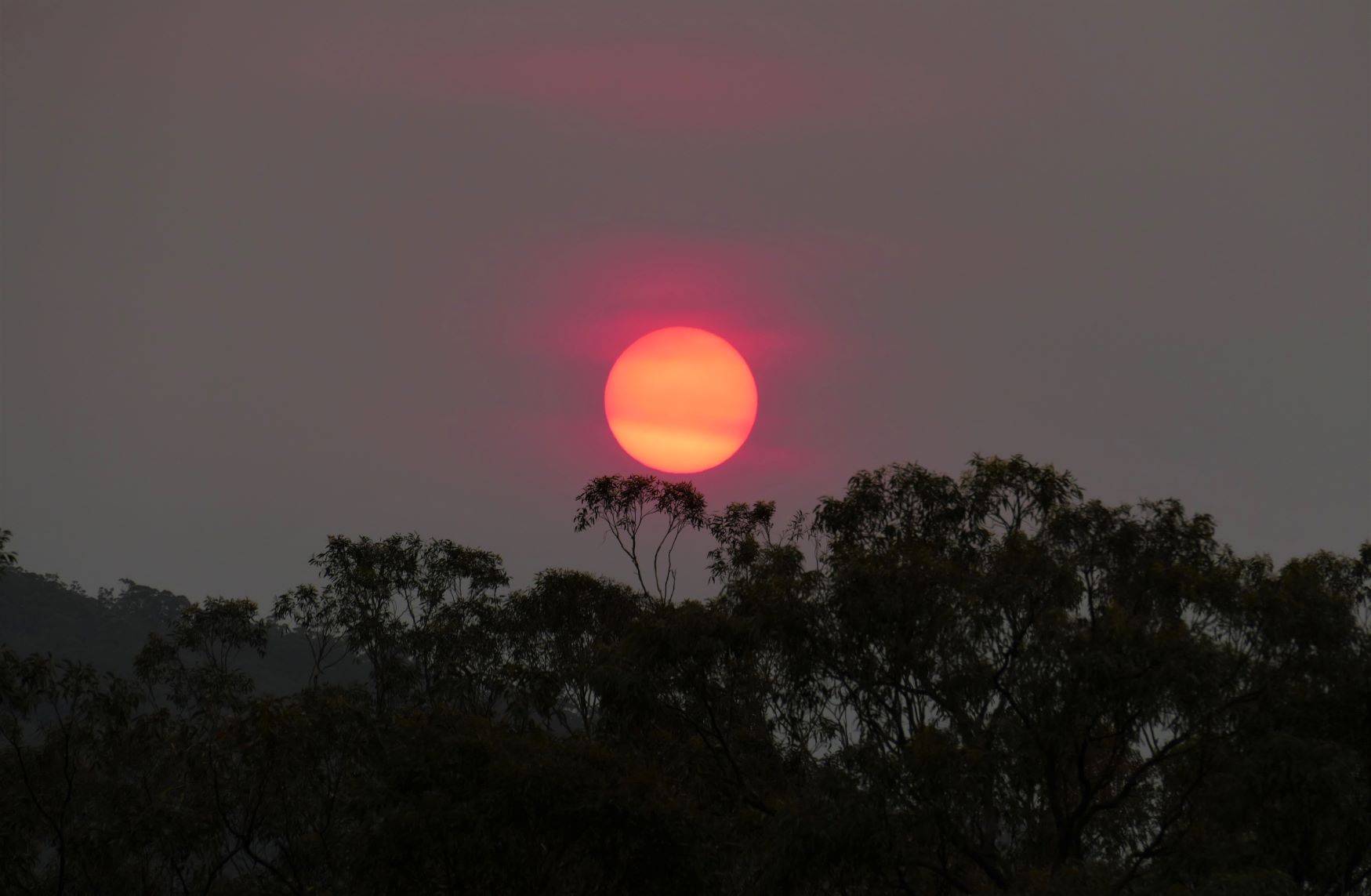 8 Nov. New bushfires in our region (70 today, many out of control).New analysis confirms the relationship between climate drivers such as El Niño, climate change and the Australian bushfire season.

A great project to help save the Kalang from logging – getting artists involved and selling their work for the cause. For info for artists see here.

This visitor to our garden brings bad news. 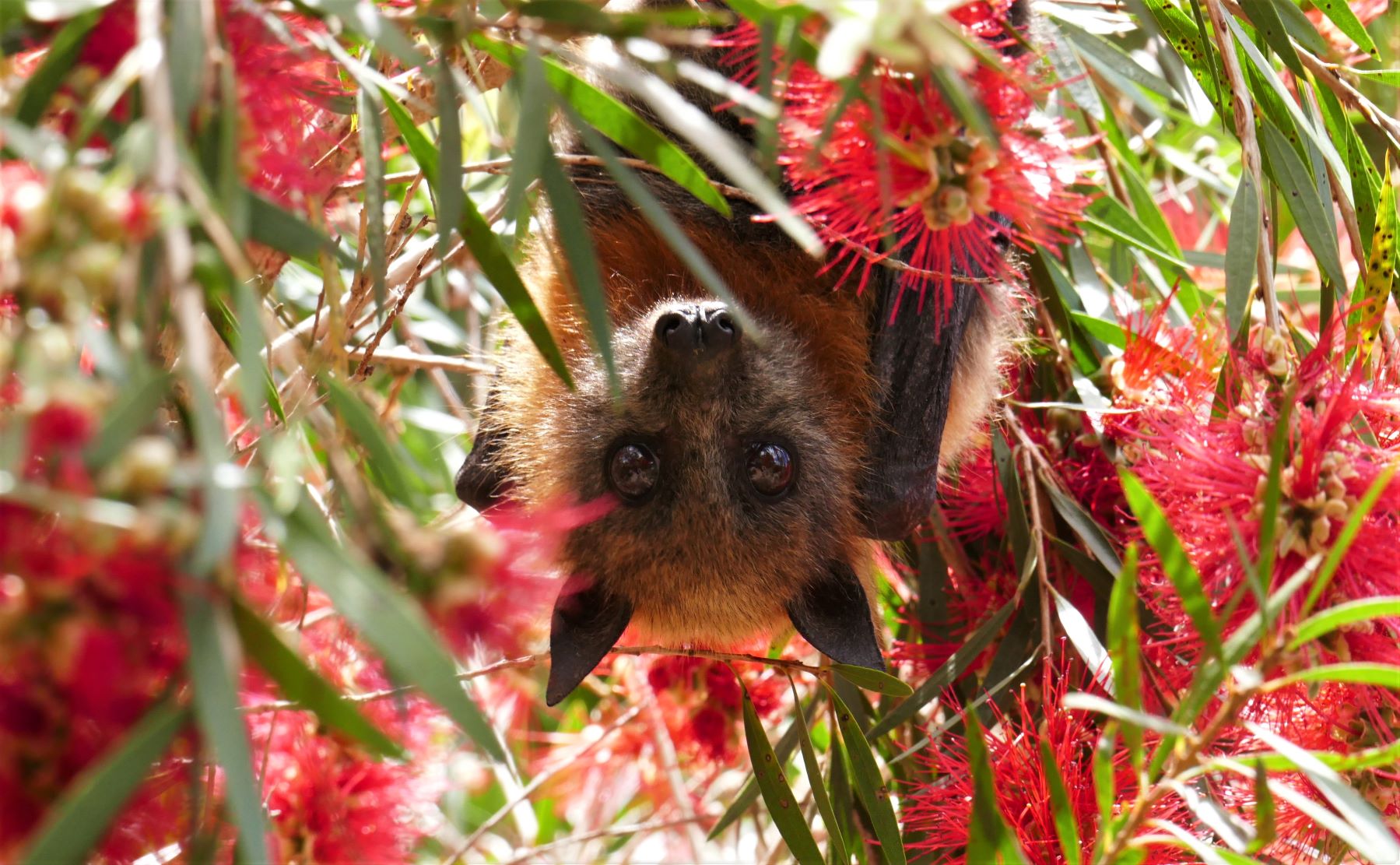 Photography is a marvellous discovery, a science that has attracted the greatest intellects, an art that excites the most astute minds – and one that can be practised by any imbecile. Nadar 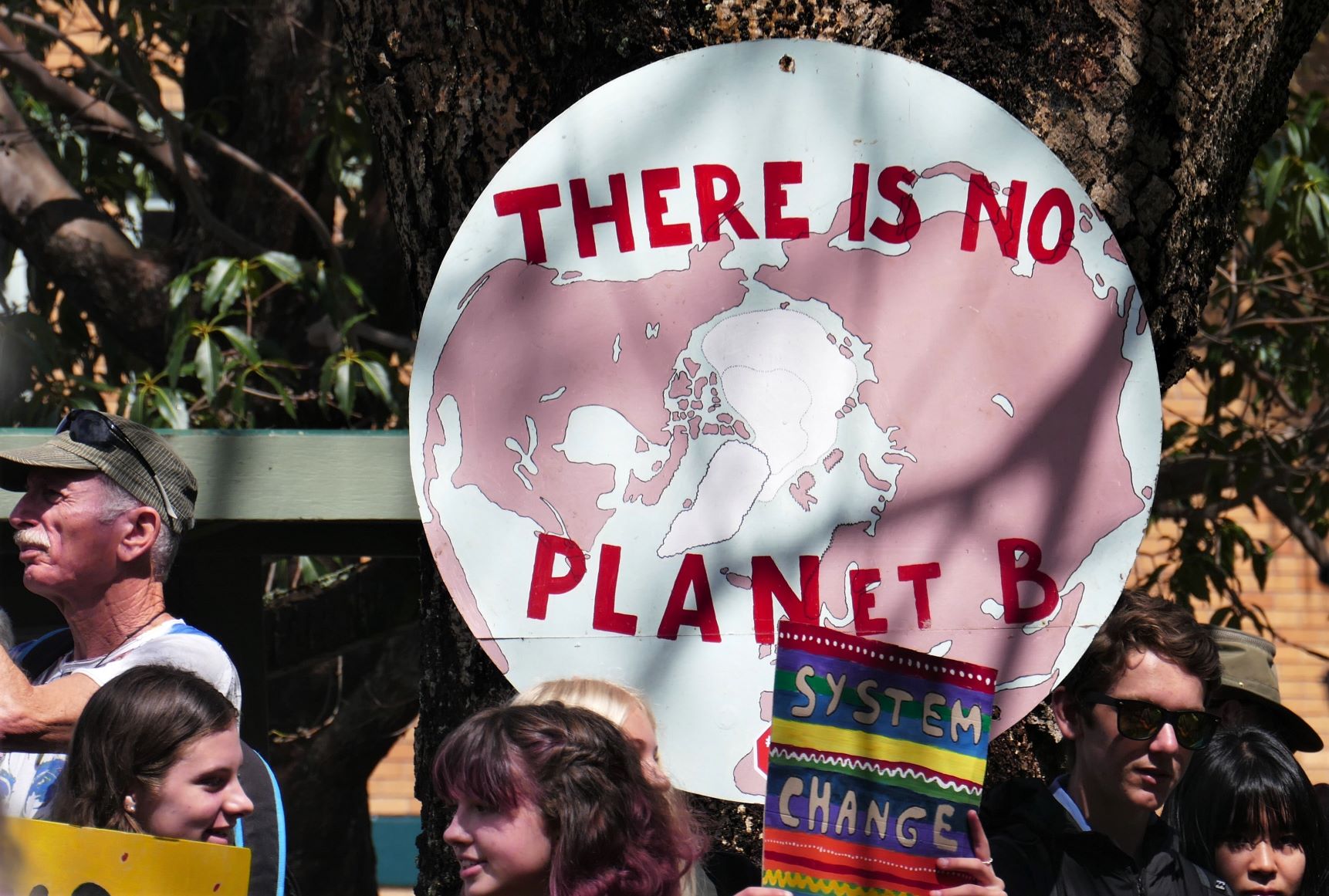 The Budji Bim eel trap site has just been added to the World Heritage list (July 2019).

The eel traps in south-west Victoria were created about 6,600 years ago by the Gunditjmara people and is older than the pyramids, the Acropolis and Stonehenge. The site also has remains of about 300 round stone huts which would be a surprise to most non-indigenous Australians.

The Gumbaynggirr have extensive fish traps at Arrawara, just north of Cofsf Harbour.

is a national program developed by Kate Gorringe-Smith to raise awareness of migratory shorebirds and to make them and their habitat visible.

Coffs Harbour is getting on board with a number of elements and a show in December. I will be working with students on creating poetry for this event and have been making videos, taking photographs and writing poetry to inspire the Book Art Object collective. See more here.

Hope for whole: poets speak up to Adani – download for free here. My poem is here. The decline of high profile mammal species such as the koala and platypus is ongoing and yet under NSW’s new land-clearing laws, 99% of koala habitat can be bulldozed if it’s on private land. Protest against these awful laws.

Your Silence On Manus And Nauru Is Your Complicity, Lauren Bull, New Matilda – ‘What Australia has done to people seeking asylum is the responsibility of all Australians, writes Lauren Bull. If you don’t exercise your democracy, you’ll lose it. It’s as simple as that. What is happening on Manus right now is the direct result of decades of silent acquiescence, of politicians being emboldened by a public who don’t hold them to account, and of the normalisation of cruelty.’

Australia built a hell for refugees on Manus. The shame will outlive us all, Richard Flanagan (Nov 22, 2017). We went to a screening of ‘Hope Road‘ in Bellingen, a local Fundraiser for Refugees. It is a film by Tom Zubrycki about Zacharia Machiek and a few supporters who want to raise money to build a school back in his home village in South Sudan. It reveals the difficulties of living in Australia as a refugee, the difficulty of fundraising and the awful ongoing conflict in Sudan.
The news today (Nov 1) from Mannus is appalling.  For the latest reports see the Guardian. Back in August, Paul Bongiorno gave an impassioned account of the government’s duplicity – especially in the light of the leaked telephone conversation between our Prime Minister and the US President. Hear Paul here. The Local Refugee Group Facebook page is here.

After thirty years in the heart of Sydney, I now live on the Mid North Coast of NSW beside a forest by the sea.

I wish to acknowledge the Gumbaynggirr people (nation) and pay respects to the traditional owners and custodians both past and present.