The world is ridiculous, so much violence and death,
so many people are dying today in Ukraine, Yemen
and just about any country you can name.

Sometimes you want simple choices, like what to kill
and what to let live. Black bamboo is sprouting small
attractive bouquets of fresh angular leaves amongst
the white pebbles of our intimate Asian garden.

It’s taken a decade for this clumping bamboo to spread
its wings, the wooden barrier I buried at the time must
have rotted or never been quite deep enough.
I cut off the foliage and give the fine hairs a few drops.

I weed bare handed to get a feel of the plant’s resistance,
not a good idea – so many spiders, but I gauge root and all.
I sweep around the thin border between the concrete pad
and the house, termites breached this weakness a couple
of years ago. We have to keep an eye out for more.

I move a table and spot a Katydid, a long black worm
and a centipede, a Giant Centipede, about 15 centimetres,
the largest in Australia that can grow larger. I kill
the centipede, I met someone in Canberra my first day
of driving around Australia, a visitor from England,
he had been hospitalized. I never heard a sound.

After so much wet Sisyphus may give weeding away,
I head indoors for a drink and check my messages.
I am addressing Council tonight, to oppose rezoning
a wildlife corridor into housing – ridiculous, am still
checking information. I sit on the top deck with
an orange and relax my eyes into the distance.

The sea is sailor-boy blue and the texture is as smooth,
a ship is sinking the horizon, a rare oil tanker full I suppose
This viscous liquid bears such a weight of recent history,
of politics, economics and ecological destruction.
Wars have been fought over it, people killed. 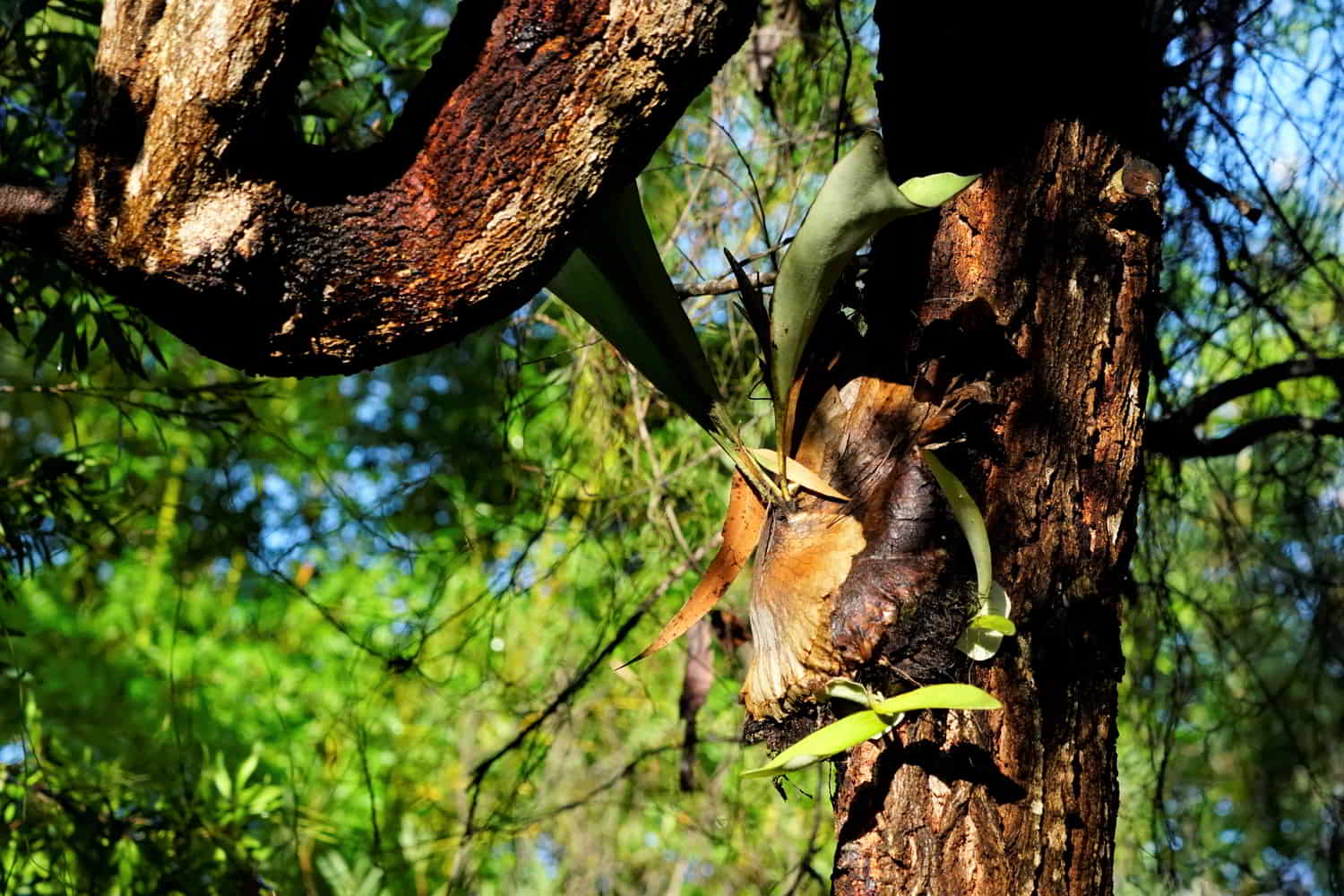 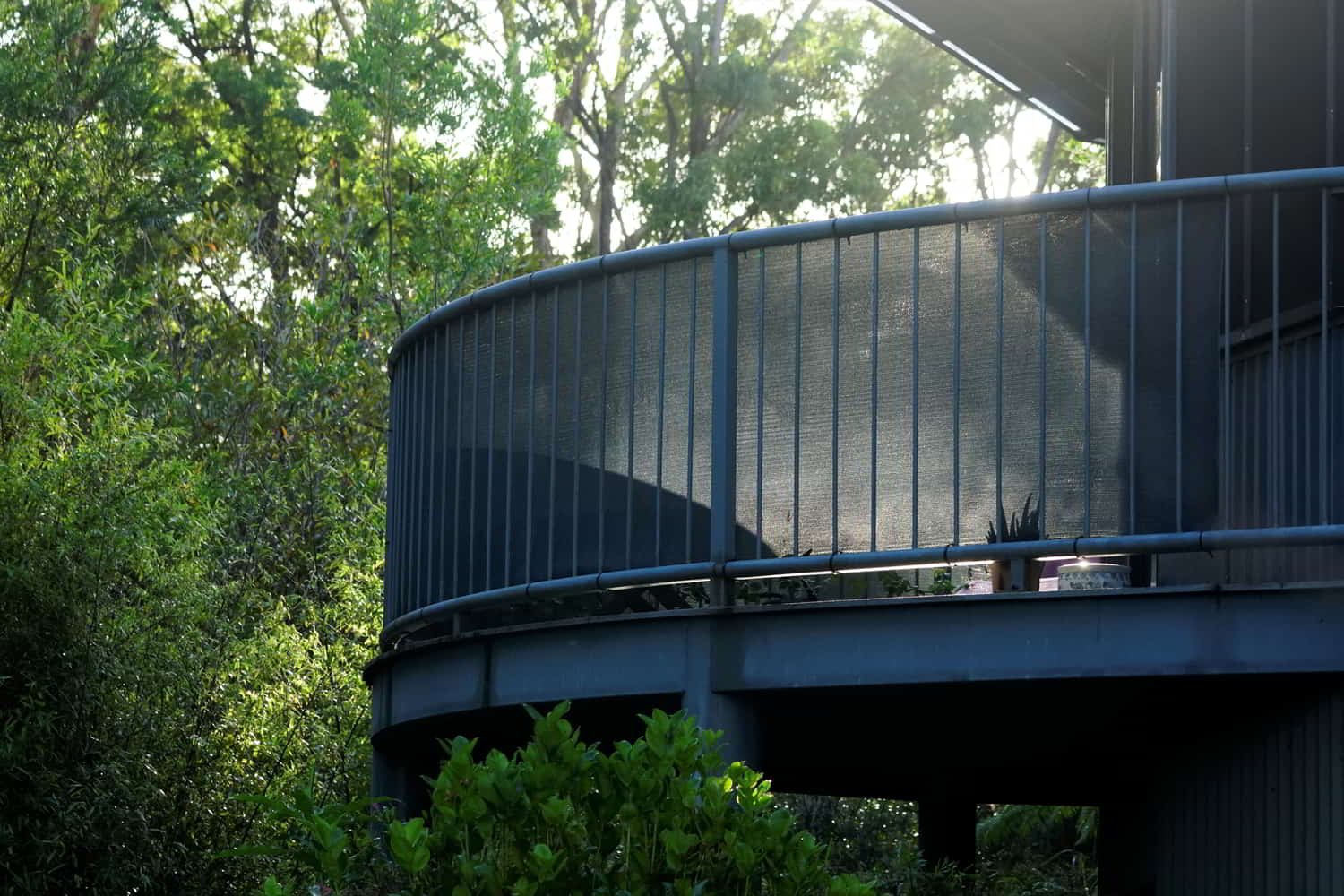 Our bedroom balcony where I often write 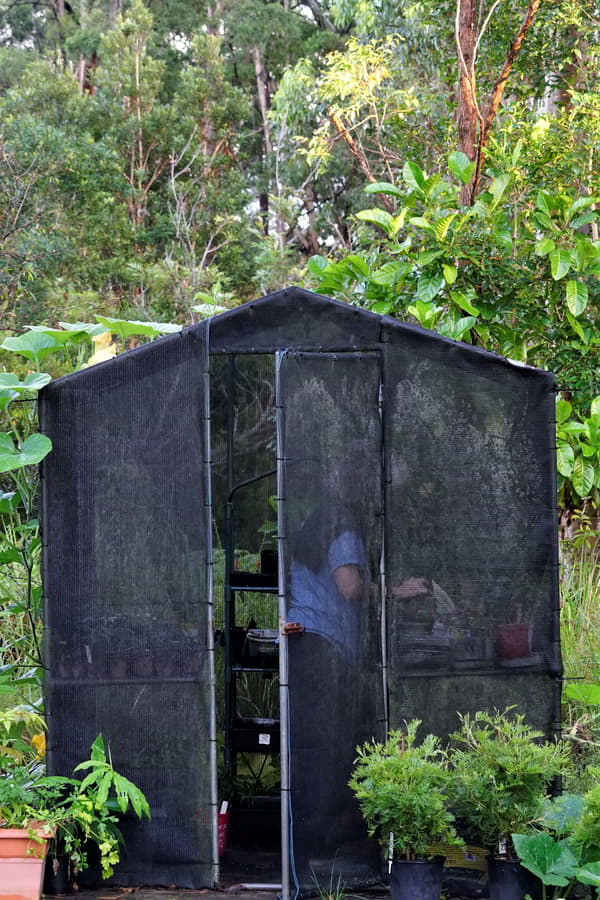 Wyn is the seed house. She is propagating native orchids and lilies for FEA to sell at the markets 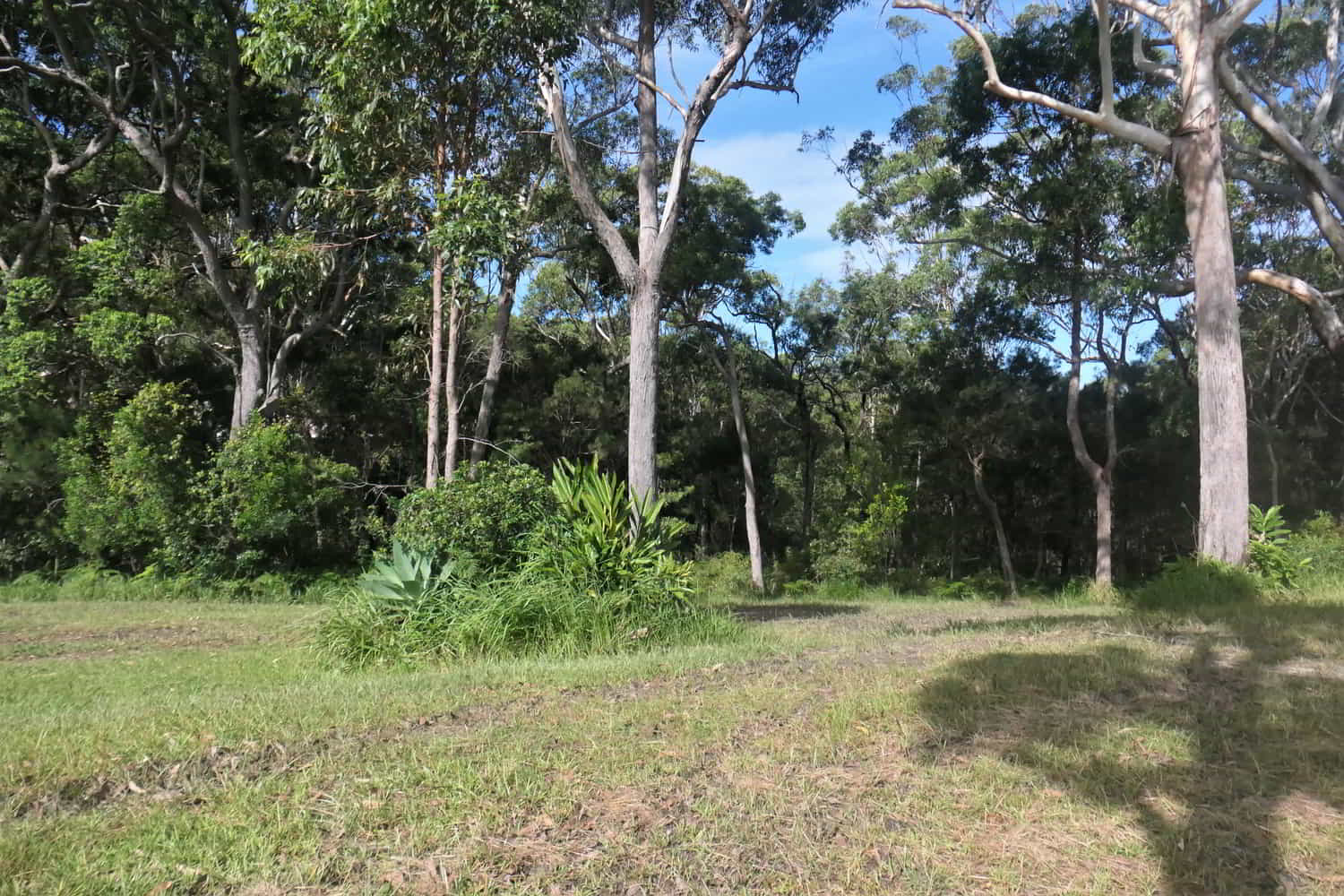 We leave a little early for the council meeting to see the birds directly opposite. Hungry youngsters. 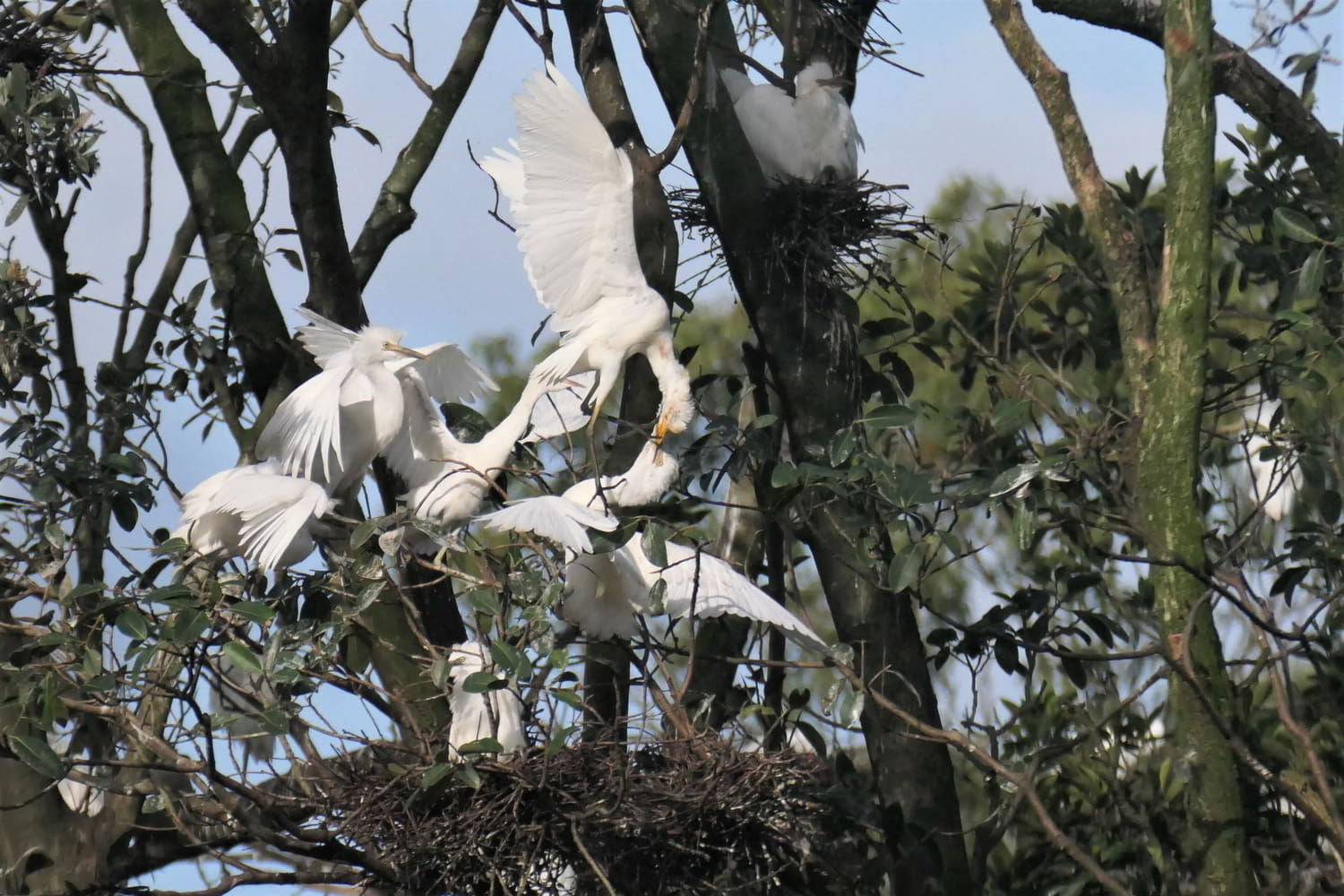 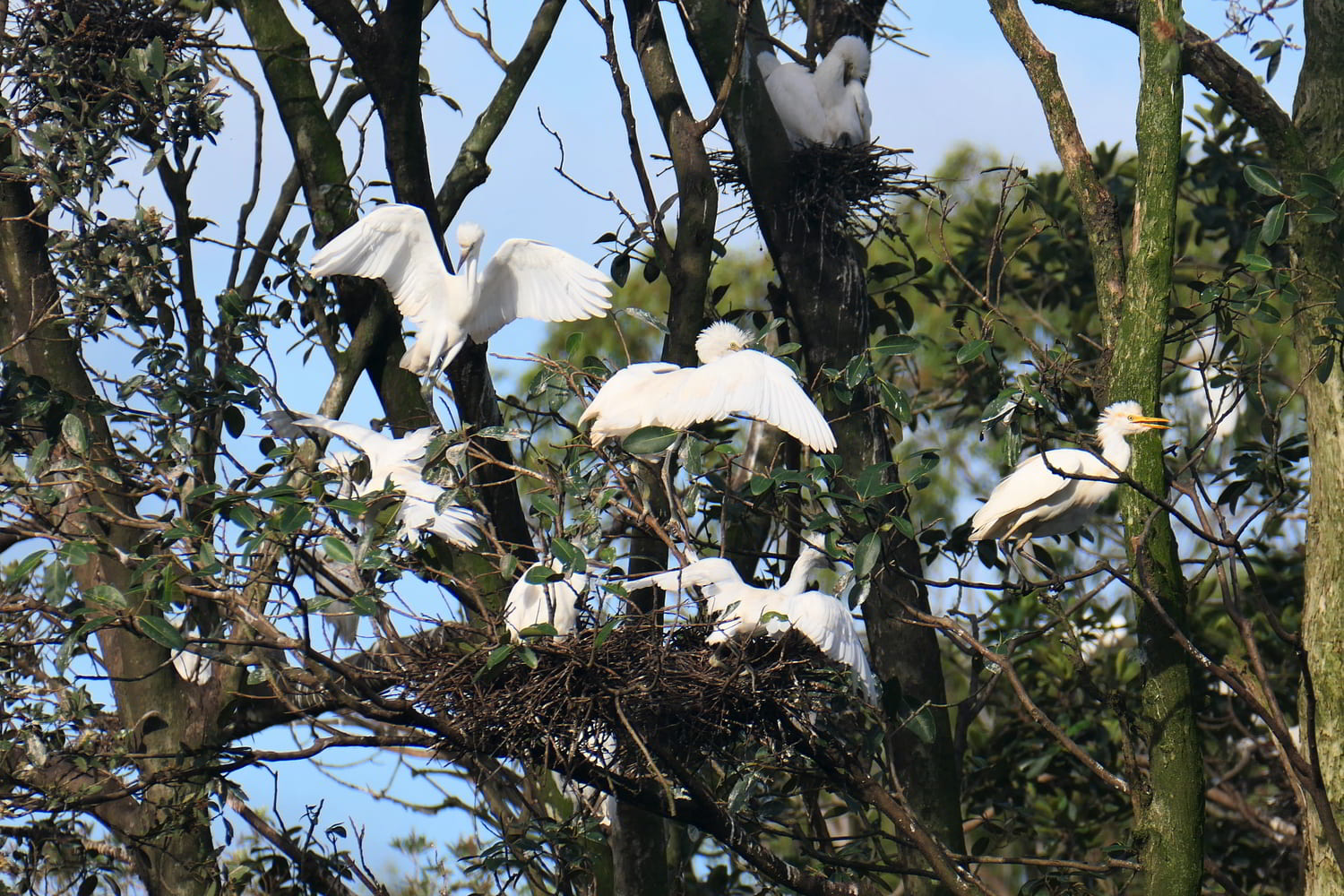 Good evening Madame Mayor, Councilors and Council Officers
Locale Consulting’s report of last November’s public hearing, concerning this proposal states: Council notes that this parcel of Lot 45 (called ‘the handle’), and I quote, ‘contributes little significance to the local/ broader community.’
Yet, at that meeting many issues were raised in opposition to the proposed reclassification – none in support. The petition, organised by Gary Johnston, has garnered 795 signatures. The latest batch of over 250, I present now. The land was granted to the community by the planners as seen on the original plan. The community has said a resounding NO! Council should honour this.
Council’s own Coastal Habitat Policy states, the core values of the Nambucca Valley are associated with, and I quote, ‘healthy and diverse natural environments.’ Wildlife corridors play a vital role in keeping natural environments both healthy and diverse. They connect habitats and are vital for migration, colonisation and nourishing the genetic diversity of fauna and flora. Local residents attest to the handle’s current use as one.
Lindy Rees, the NPWS ranger was concerned about this proposal and rang and wrote to Council. In response to her letter, Daniel Walsh’s council report stated: ‘It is agreed that the bushland portion of Lot 45 is of high conservation status. The proposed amendments will not result in any disturbance to this bushland.’ I rang the her this morning to clarify the NPWS position. She’s concerned that her letter has been, to quote her ‘paraphrased’.

She told me natural corridors are being degraded in Valla Beach and says that this lot as a whole is a critical part of the local wildlife mosaic. At this afternoon’s council meeting on site, local Darren Squib who knows this area very well pointed out that the new estate to the South East had blocked an important corridor.
Council is playing with words – ignoring the importance of the handle for the ongoing health of this bushland integrated into corridors from Valla Nature Reserve to lands west, and wetlands south. Ms Rees disagrees with the report’s finding that ‘As a movement corridor the subject land does not provide a valued link to any substantial natural remnants.’
There are natives growing and wildlife present. The area in question may not have high biodiversity values (at present) but is important as a wildlife corridor.
The asset protection zone can be maintained by managing this corridor and not allowing encroachment. Rezoning is far-reaching yet there are no independent Ecological or Bushfire reports.
Nambucca Local Environmental Plan, 2010 states: ‘development must not be carried out on any environmentally sensitive area which includes: land within 100 metres of where SEPP 26 (Littoral Rainforest) applies.’
Lot 45 is adjacent to littoral rainforest managed by council which runs into Valla Nature Reserve which is protected under SEPP 26. This point should be addressed.
Just tabled in Parliament, the NSW State of the Environment report 2021, reveals that land clearing has tripled over the past decade!! Trends for clearing native vegetation, for its condition, and ecological carrying capacity are getting worse! even now!
All levels of government have a responsibility for our future. This is not a matter of NIMBY (Not in my backyard) which is the objectionable conclusion of Daniel Walsh’s council report, but of protecting our natural heritage.
Councillors, our community asks you to weigh the benefits and losses of this proposed change. What’s at stake, a gold mine? No, two housing lots! What will be lost? A wildlife corridor that will become only more important as time goes on. Our two nature reserves are under pressure and losing biodiversity.
And this land could become good habitat again. Once gone, it’s gone for ever. It’s death by a thousand cuts, or a million. It’s a crisis.
And let’s not forget – this is Gumbaynggirr Country? What does that heritage signal for our future? Lastly, Madam Mayor and councillors, I ask you to respect the views of the community so very clearly expressed, as well as, the needs of wildlife heading into an uncertain future. Thank you.

We lost as usual.

I woke to a halo around Venus,16 March