Sunday 7 September is Bushcare’s Major Day Out. There are over 6000 Landcare groups across Australia making a major contribution to conservation work across the country. We have one here at Valla Beach. But today is important because every day is important in this effort

The current rate of species extinctions is more than 1,000 times greater than the background rate calculated from the fossil record and genetic data, spanning millions of years. The primary cause of this dramatic rise in the loss of species is human population growth and increased consumption (study led by Dr. Stuart Pimm of Duke University, published in Science, May 2014).

This is a crisis that affects all 7,259,169,328 of us and our government is accelerating the problem.

I took my inner city mate Andrew who I’ve known since I was 8 into the bush. The last time he was in such a space was when I was down in Sydney in March and suggested we visit the Royal National Park.

There is so much to see at every scale:

Flooded Gums mostly at the gate, then Pink Bloodwood flowering followed by Swamp Mahogany Broad-leaved Paperbark and Swamp Oak in the low-lying area. We were hoping it was flooded, but the recent rains were not enough.

We lent Andrew a pair of binoculars and we saw Sea Eagle, Osprey, and a Whistling Kite and Brahminy Kite circling each other. He started spotting birds . . . a female Logrunner (more colourful than the male) and Grey Shrike Thrush. What if everyone had this opportunity? Environmental education is vital if there is any hope for a sustainable future.

The beach was deserted even on a sunny Sunday. There was still a small amount of plastic detritus which we collected and took out. 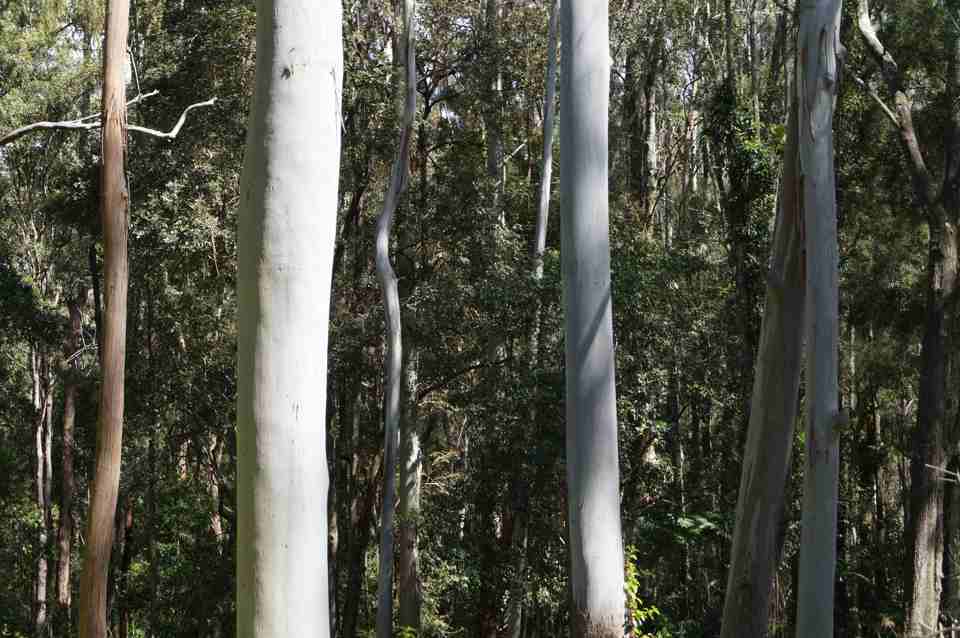 We took Andrew to a cafe overlooking Coffs Creek, watched a pair of Water Dragons mating and then a pair of Striated Herons preening each other, undertaking nest renovations and sitting on eggs just metres away. We drop Andrew off at the airport and get home. Three roos are in the garden eating Kangaroos Grass with the odd wed framed by a rainbow

Richard Louv’s 2005 ‘Last Child In the Woods’ coined the phrase ‘Nature-Deficit Disorder’, arguing that children in the industrialised West are deprived of contact with nature and its associated benefits. Symptoms of attention hyper-deficit disorder can be reduced by up to 30% in children who spend more time outdoors.

Children develop the strongest environmental ethos by being in everyday contact with nature through play and activities. Environmental education works best when it includes local actions and problem solving, which can create a sense of commitment and identification with place (Richard Louv). It’s father’s day today, a reminder fathers have a responsibility to get children involved in nature.