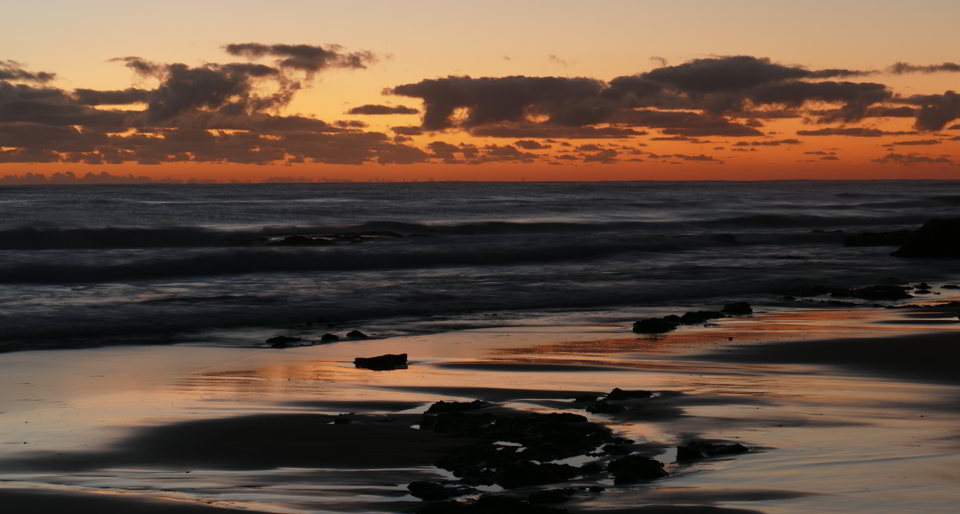 ‘An honourable human relationship – that is, one in which two people have the right to use the word ‘love’ – is a process, delicate, violent, often terrifying to both persons involved, a process of refining the truths they can tell each other.’ Adrienne Rich (On Lies, Secrets, and Silence)

When I say ‘I love you’ – that means
something. And what’s in the past
I don’t know anymore – it was all ice-skating.
Lee Harwood, ‘When the geography was fixed’ 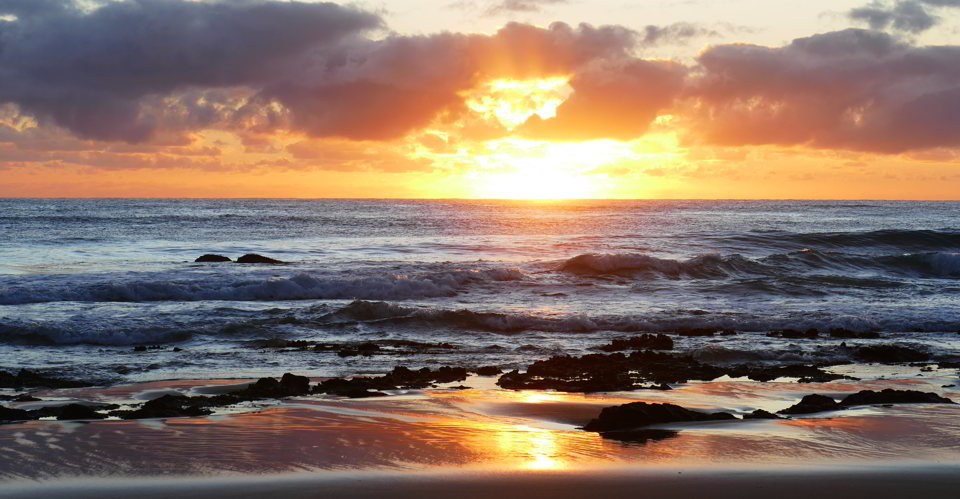 Love is about feeling, and feeling comes from emotion. As a general rule, the basis of any emotion is evolutionary and has survived because it is useful for the owner of that suite of emotions to survive and pass on their genetic information. As we know, it is a bit hit and miss for particular people at a particular time – violence, jealousy, cowardice can have terrible outcomes. 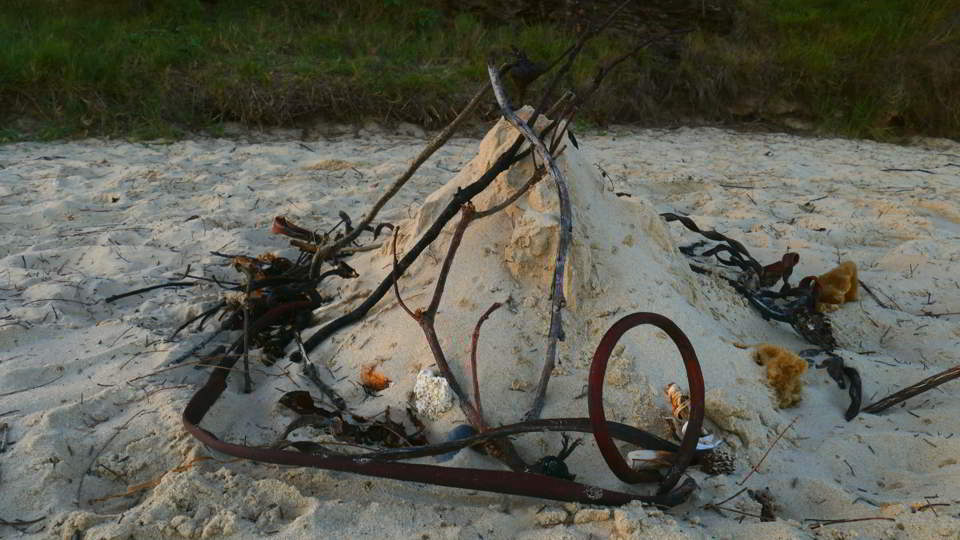 Antonio Damasio emphasises that not only are philosophers wrong to separate brain and body, but psychology’s separation of reason from emotion is also wrong.[1] He insists that the body is important in any understanding of reasoning.[2] 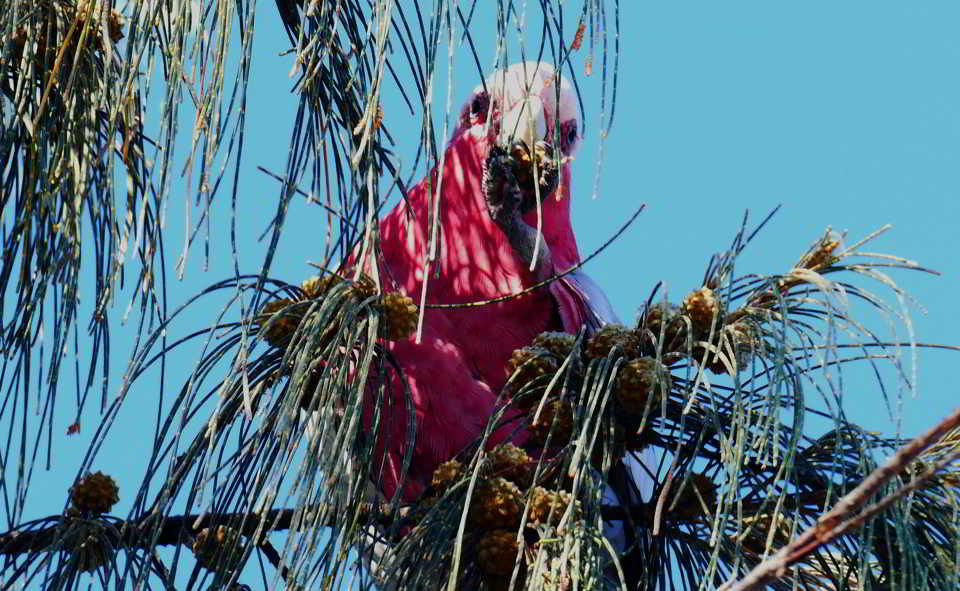 Joseph LeDoux argues that specific basic emotions appear hardwired and outside our control and are in conflict and our lives and arts reflect this fact. Displays of emotion differ culturally, but LeDoux argues that six basic emotions (fear, anger, disgust, sadness, surprise, happiness) are the same in all cultures and times and promote our survival. [3] LeDoux emphasises that the subcortical (e.g., thalamic-amygdala circuitry) emotion systems are fast, evolutionarily selected, and probably non-conscious aspects of emotion. In contrast, he posits cortical inputs (via multiple pathways) as necessary for the conscious experience of emotion. 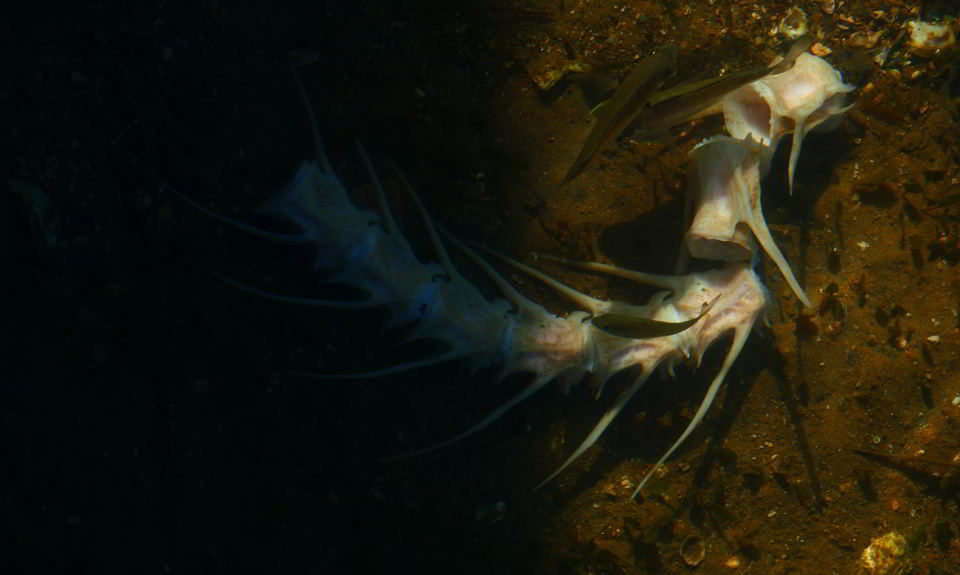 How we experience life is often about what Damasio calls ‘background emotions’, one’s approach to the world, energetic, reserved or enthusiastic. These ‘background emotions’ dramatically affect how organisms move through an environment and, as Louis Sandanjarn argues, they are important in creativity, and I believe in how we love each other.[4] 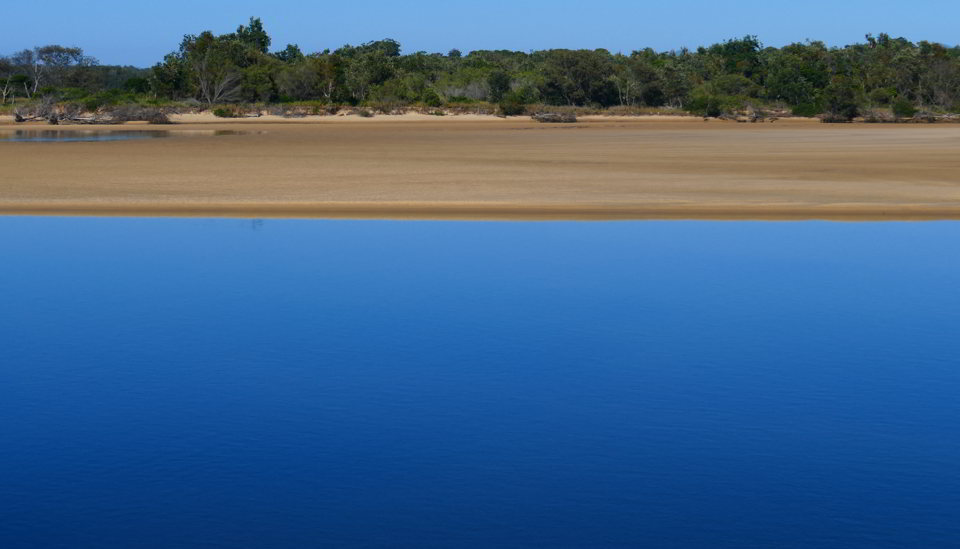 Sex has evolved independently in plants and animals so there must be some advantages, and sincet genetic variation is healthy, a female who mates with different males should have better (more genetically diverse) offspring. On the other hand, a typical male animal has plenty of sperm for countless matings compared to a female – so both have incentives to find multiple mates. An estimated 90% of bird species are monogamous, but plenty of cheating goes on. Regarding our nearest relatives, gibbons pair for life, but chimpanzees promiscuously mate with each other and gorillas live in groups where the alpha male has a harem of several females. Monogamy in humans seems to be cultural more than biological.

Obviously, a drive – or emotion – like lust helps the reproduction side of things, but love is much more than a drive or emotion. Romantic love involves lust but tends to monogamy, though subject to infidelities and fizzling out. Like lust, romantic love often invokes jealousy, possessiveness and not loving the other for who they are and are to become. Even while in love many different emotions are experienced.

Parental love is usually the strongest, a committed attachment. In the 1950s Harry Harlow, showed that infant monkeys deprived of a mother’s love lacked normal development and grew up top be disturbed adults. 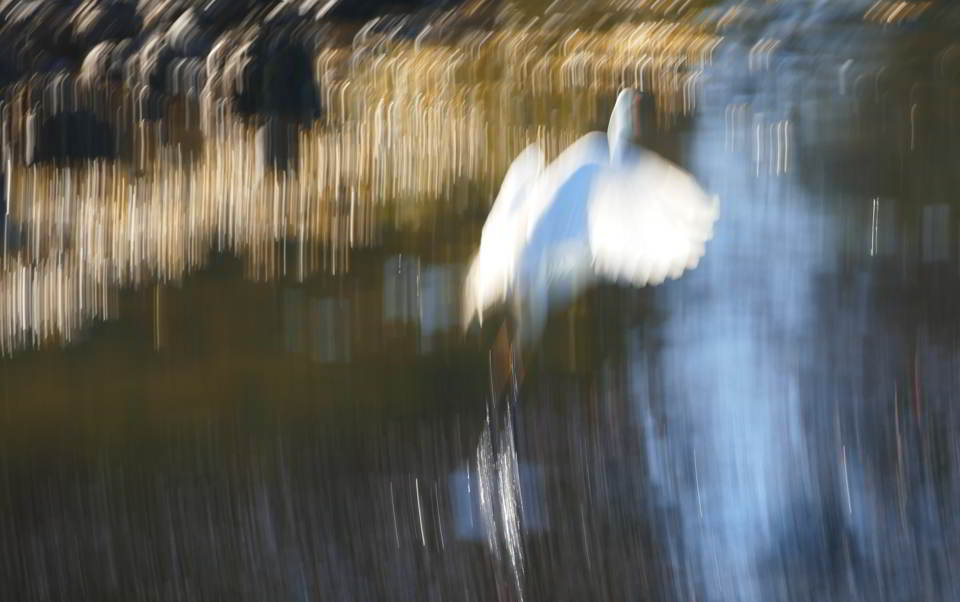 Love poetry is popular, but often in history and the present, the poet uses the poem as a technique for wooing, for getting what he wants, or for falling in love with the idea of fantastical passion love. Denis de Rougemont thought Romantic love was about the search for losing oneself in romantic love (Love in the Western World,1940). The result can be writing a narcissistic poem. I certainly have. 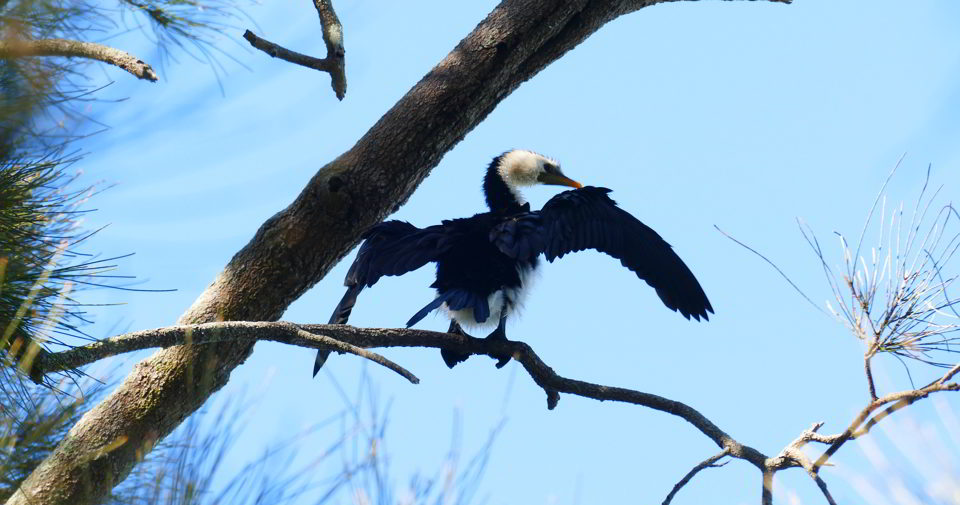 I have been with Wyn for 26 years and love her deeply – how deeply? You can exhibit your love based on the levels of activity in the dopamine, serotonin and ocytocin/vasopressin pathways, but these are calculations and, as St Therese of Lisieux said, one does not calculate when one loves. Being a saint, she points to the fact there are various kinds of love. The Greeks talked of eros (passionate, physical love); agape (self- giving love); philia (friendship) and storge (family love). For a partnership of 26 years to be as strong as I believe ours is, the whole gamut of loves is probably needed. 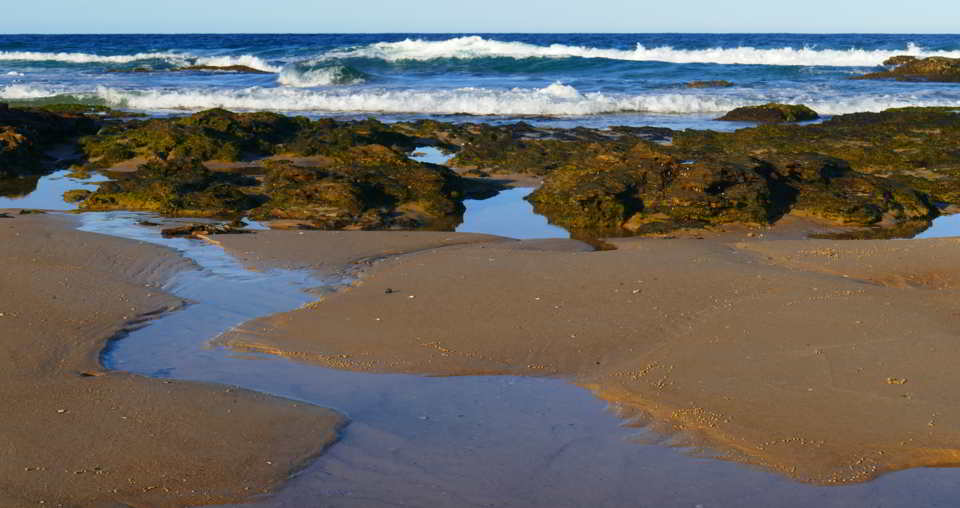 ‘”What evolution wants from the falling in love state is for the two individuals to spend a lot of time together… in order to get a pregnancy going,” says Lewis.
But once the deed is done, couples do not stay bound together in such an intense, obsessive state for long. After several more months, sometimes after an intermediate “honeymoon period”, the companionship stage begins.
Now the serotonin and dopamine levels normalise. But there is still a feeling of closeness, helped along by more oxytocin. If you suppress oxytocin in a monogamous species, such as a prairie vole, the animals stop being monogamous.’Melissa Hogenboom, ‘The sinister reason why people fall in love’

I love birds and write about them, but hate seeing caged birds. I have no wish to own one, keep one. For me, birds conjure freedom, beauty, vulnerability and are a marker of biodiversity. Chaucer and Shakespeare use the Turtle Dove as a symbol of faithfulness. Renaissance artists used birds as rich visual symbols.

Valentine ’s Day is attacked for being tacky, commercial, sentimental and excluding too many people, but Tracy McMillan comes to its defence in The Huffington Post: “Love matters. It matters a lot. Because at the end of the day, your job can be great, your friends can be awesome, you can go to fun art shows and have a bunch of cool clothes, but whose hand do you want to be holding on your deathbed? Not one of the Real Housewives of Orange County, or whoever’s getting the most hits on PornHub – yet, that’s whom you choose to spend your time and energy on! Somehow, married or single, we’d rather anesthetize ourselves with love substitutes than go for the real thing.’ [5]

We had a beautiful Valentine’s Day, up for Eos, breakfast later on the beach, champagne (a gift) lazy sexy siesta, then back to the beach for a prawn dinner at sundown. The photographs document the day. For me the day is an excuse to have some champagne and chocolates and a siesta of lazy sex (it’s mid-summer in Australia), but in terms of how I think of and treat my love, that is for the everyday. 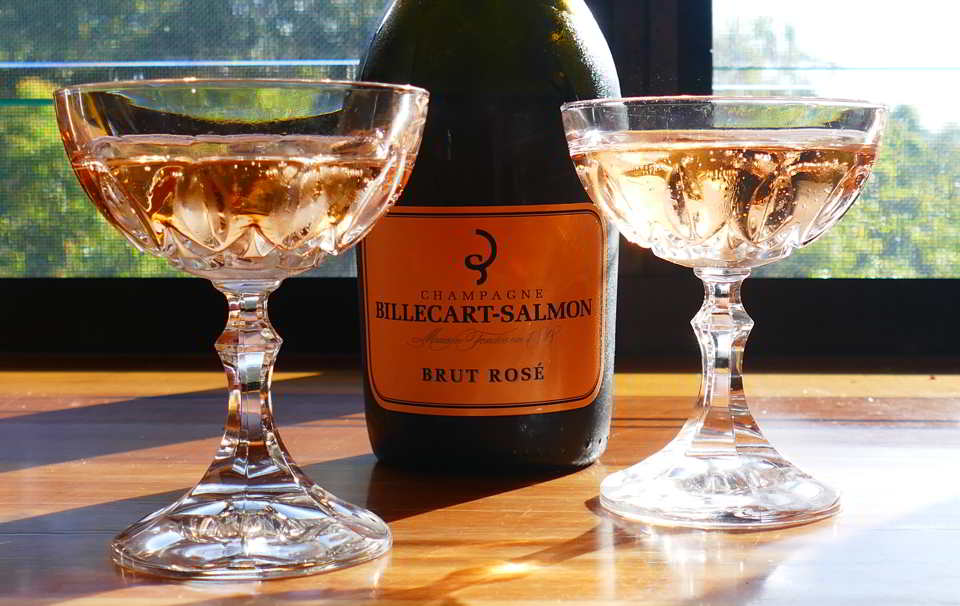 [2] ‘I am not saying that the mind is in the body. I am saying that the body contributes more than life support and modulatory effects to the brain. It contributes a content that is part and parcel of the workings of the normal mind.’ Antonio Damasio, Descartes Error, p226.

[3] Joseph LeDoux, The Emotional Brain, Weidenfeld & Nicholson, 1998, see p8, p116. Emotion is generated by complex feedback loops between the lower brain and the endocrine system. The response in the amygdala may take place as much as 40 milliseconds faster than the comparable neo-cortical response.

A walk to Oyster Lagoon

Back towards Oyster Lagoon