In the first of his Letters to a Young Poet, the German poet Rainer Maria Rilke demanded the poet pay attention to the world: “If your everyday life seems poor, don’t blame it; blame yourself; admit to yourself that you are not enough of a poet to call forth its riches; for the creator there is no poverty and no poor indifferent place.” Franz Xaver Kappus, a student went to the same military school in Prague that Rilke had hated and asked for criticism of his own poems. His poems are forgotten but he kept and published ten letters Rilke wrote to him between 1903 and 1908.

I agree with, “But let me make this request right away: Read as little as possible of literary criticism — such things are either partisan opinions, which have become petrified and meaningless, hardened and empty of life, or else they are just clever word games, in which one view wins today and tomorrow the opposite view.” But there is more I disagree with in the Letters than agree with. 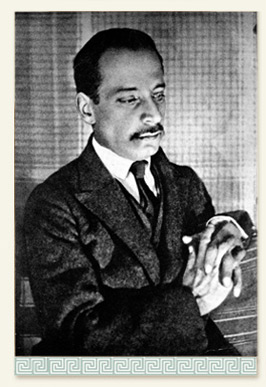 Letters is a very popular book but is no help to a young poet in my view, hardly any of it is about poetry. His general letters are of much more interest regarding aesthetic matters in general and poetry. It reminds me of the occasional student I had in the past who said they wanted to be a poet, who wants to be a poet/ it is poorly paid, poorly appreciated and may have some link to mental illness. No, the whole point should be, I want to write a poem, and the most interesting poem I can. A friend sent me a poem last week. I didn’t know she wrote and enjoyed the poem and made some suggestions and had some questions about the text, and wrote:

My advice to poets (which obviously I don’t always follow) is put it away for a while, then get it out, read it aloud, see how it feels and senses in the air, and have a pen ready. Donald Hall reminds us that, “Horace, when he wrote the Ars Poetica, recommended that poets keep their poems home for ten years; don’t let them go, don’t publish them until you have kept them around for ten years: by that time, they ought to stop moving on you; by that time, you ought to have them right.” The problem with this is that by then the poem if changed will have matured to a completely different cheese. Every poem can always be improved in an infinite number of ways, particularly now there are no rules of form, rhythm, rhyme, subject or style.

I should have added Ezra Pound’s dictum, ‘Use no word that under stress of emotion you could not actually say.’

The romanticism of the artistic life (compared to the workmanlike geniuses of the Renaissance) has been a problem, particularly for poetry.  Rilke contributed to this problem, portraying himself as suffering for transcendent art, but he lived well as a terrible snob, sponging off rich friends, and treating his family appallingly,  (he stole his daughter’s money, a trust fund from Eva Cassirer), betrayed friends and lovers, the poetry always came first. There are plenty of examples in Australia of artists who put their work before family responsibilities – I think of John Olson and Robert Dickerson.

As an aside, Rilke was a family friend of the biologist Jacob von Uexkull, whose name has been resurrected because of his focus on nature of the individual creature’s Umwelt, the phenomenal world that surrounds every animal, including humans (an evolution of Kant’s notion of the categories of human understanding, which enable us to be present in the world). There is some suggestion Rilke may have been influenced by this concept, though I fail to see it.

Umwelt is the living sphere of any organism, their phenomenological world. The tick, for example relates to just a few specific parameters in the environment. Giorgio Agamben writes: “The tick is this relationship; she lives only in it and for it.”’ (The Open: Man and Animal, Stanford University Press, 2004). The poet has a relationship with the text and the world they live in as a citizen, member of a family and as someone with friends. What I would suggest is that a poem is an excellent tool for the writer/speaker and reader/listener to explore and discover the Umwelt of their environment and of the text. Every poem is unique and every poet, but some excite and provoke and some are repetitions, unique repetitions.

‘I thought I’d begin by reading a poem by Shakespeare, but then I thought, why should I? He never reads any of mine.’ Spike Milligan