This tree stands at then end as you walk in. It is a tree of farming tools, new and used, perhaps a tribute to the peasant farmers . I met the hospitable Phil in the library who told me Bai has been Ai Weiwei’s studio assistant for a year, and the use of ready made things is shared. 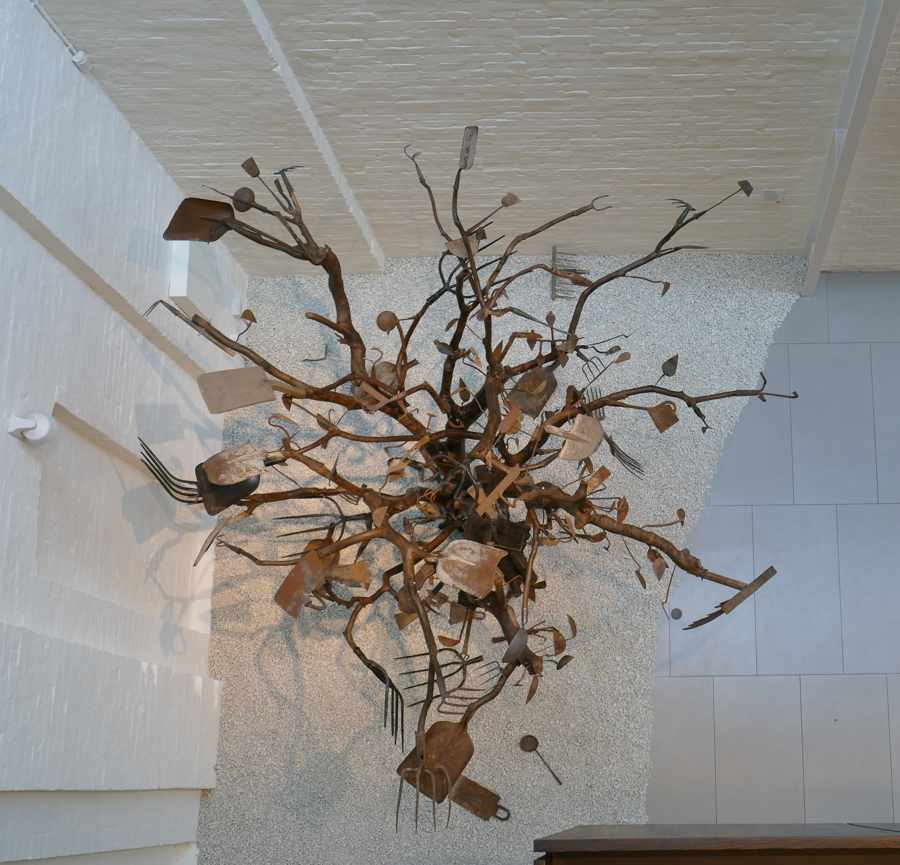 It is an impressive piece, working from whatever angle you look. 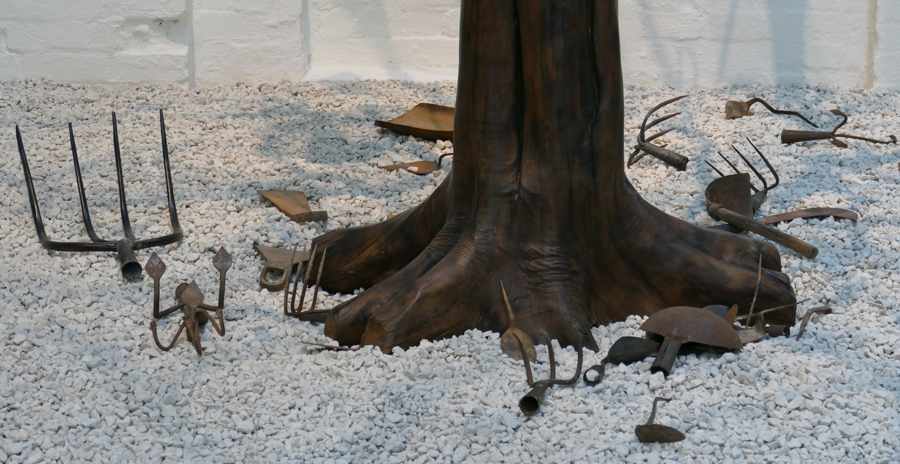 He worked in a  factory in Luoyang like his parents but thought there must be more to life and bought a camera, from that beginning he made some extraordinary performance pieces and then met  Ai Weiwei. ‘The artist says he wanted to give life to the rusting rakes, hoes and pitchforks, and reflect on the ways in which human civilisation both shapes the natural world and is shaped by it.’ (White Rabbit). 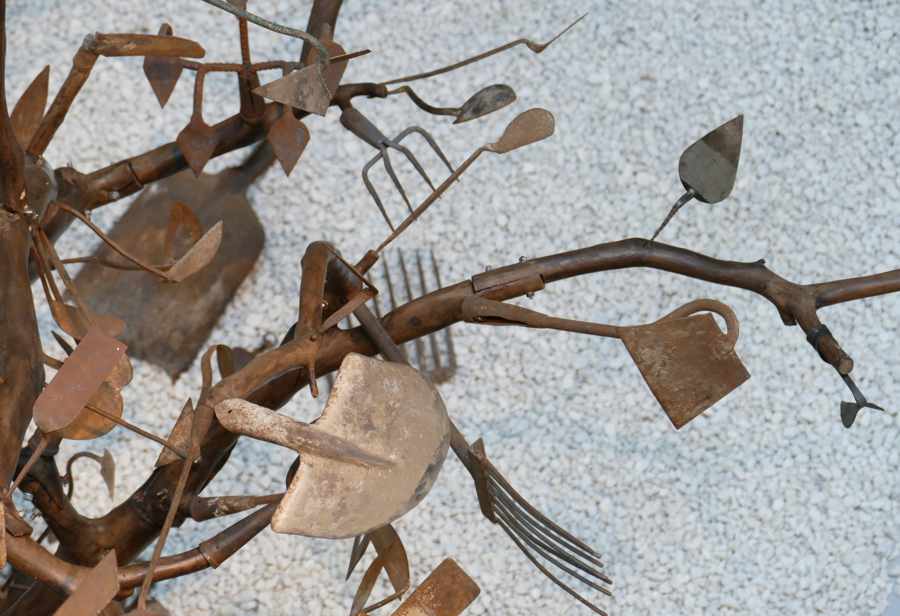 Previous works I have seen by him here are: Recycling (2008)  a massive coloured anatomical model of a heart sits on a garbage collector’s tricycle cart – what is the value of love?  For Illumination (2012), Bai Yiluo spent four years collecting obsolete oil lamps of all shapes and sizes, what is the value of light, and what is its cost? 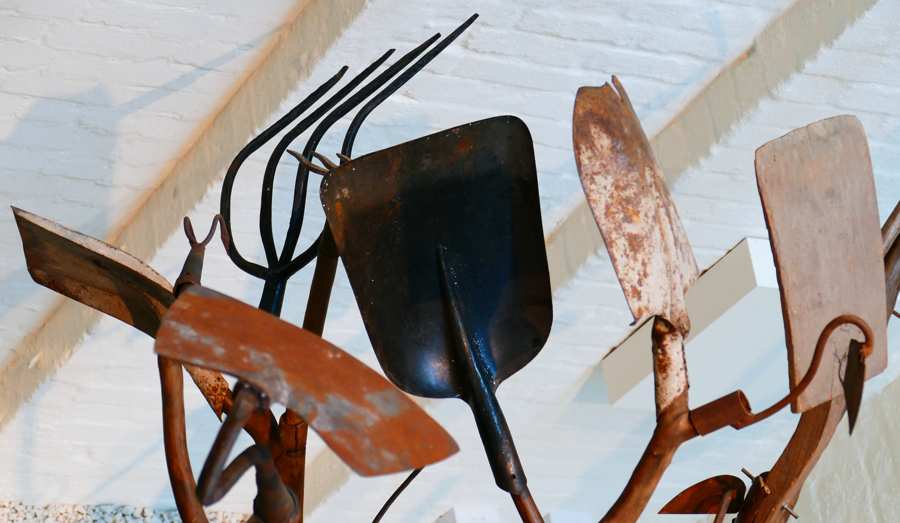 The city is a vibrant place and vibrating, much busier than when we left just over four years ago, and so many blocks of units going up everywhere, but it’s full of life inside the walls and outside.

I asked them how they knew which wall space was free and appropriate for them to use. They just said respect for the elders, a very Koori phrase. 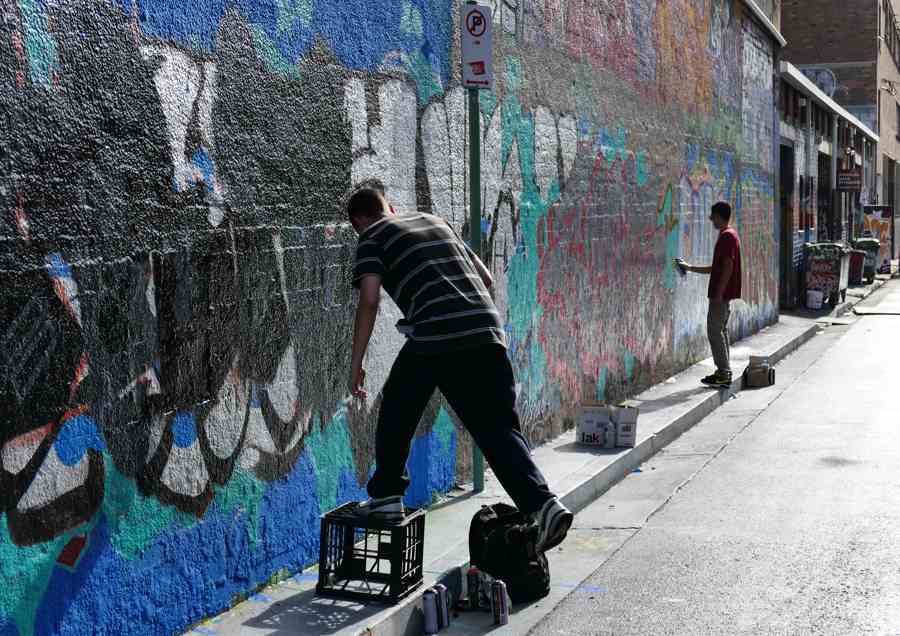 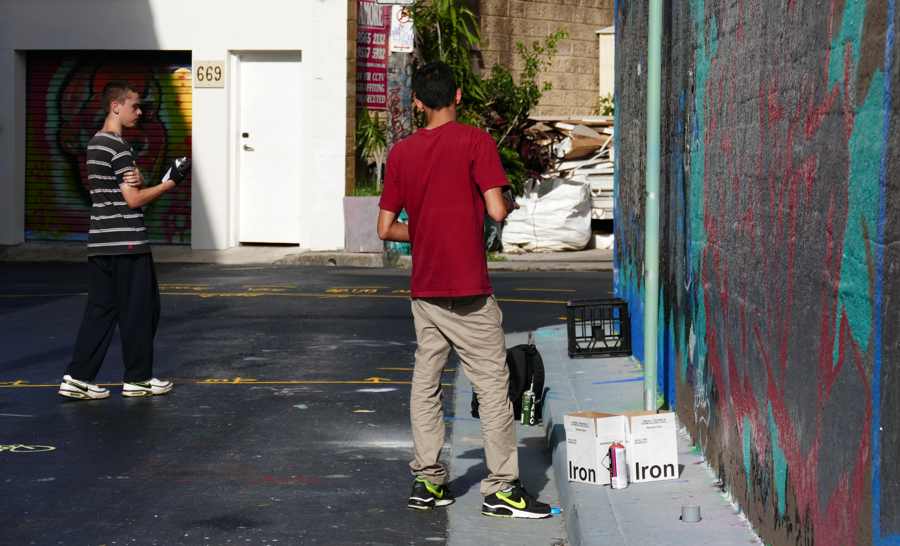 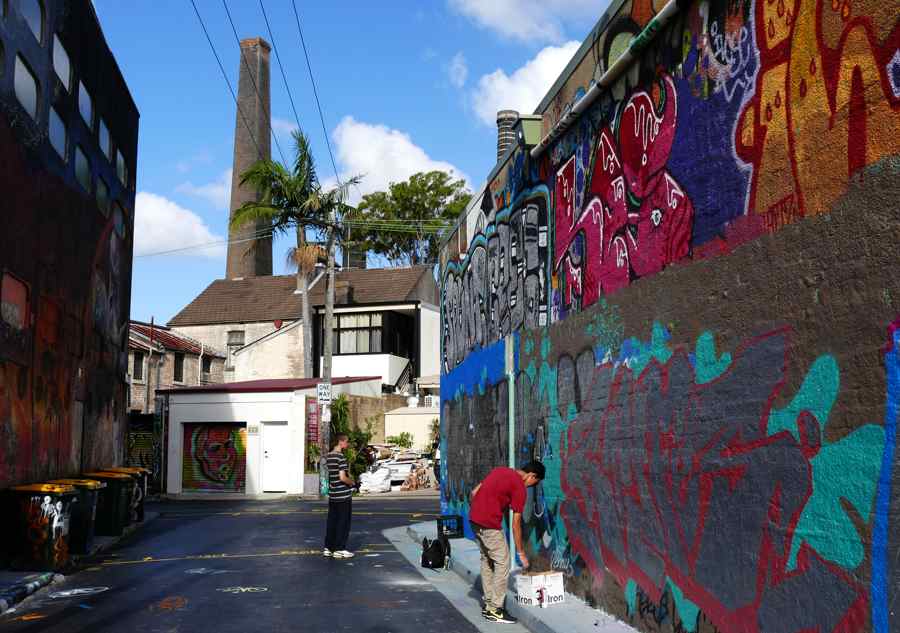