The city has come alive

‘Among all species, it is perhaps only humans who create habitats that are not fit to live in. Stephen Marshall[i]

After Covid, and still with Covid, the city is bursting with colour and life this Anzac weekend. 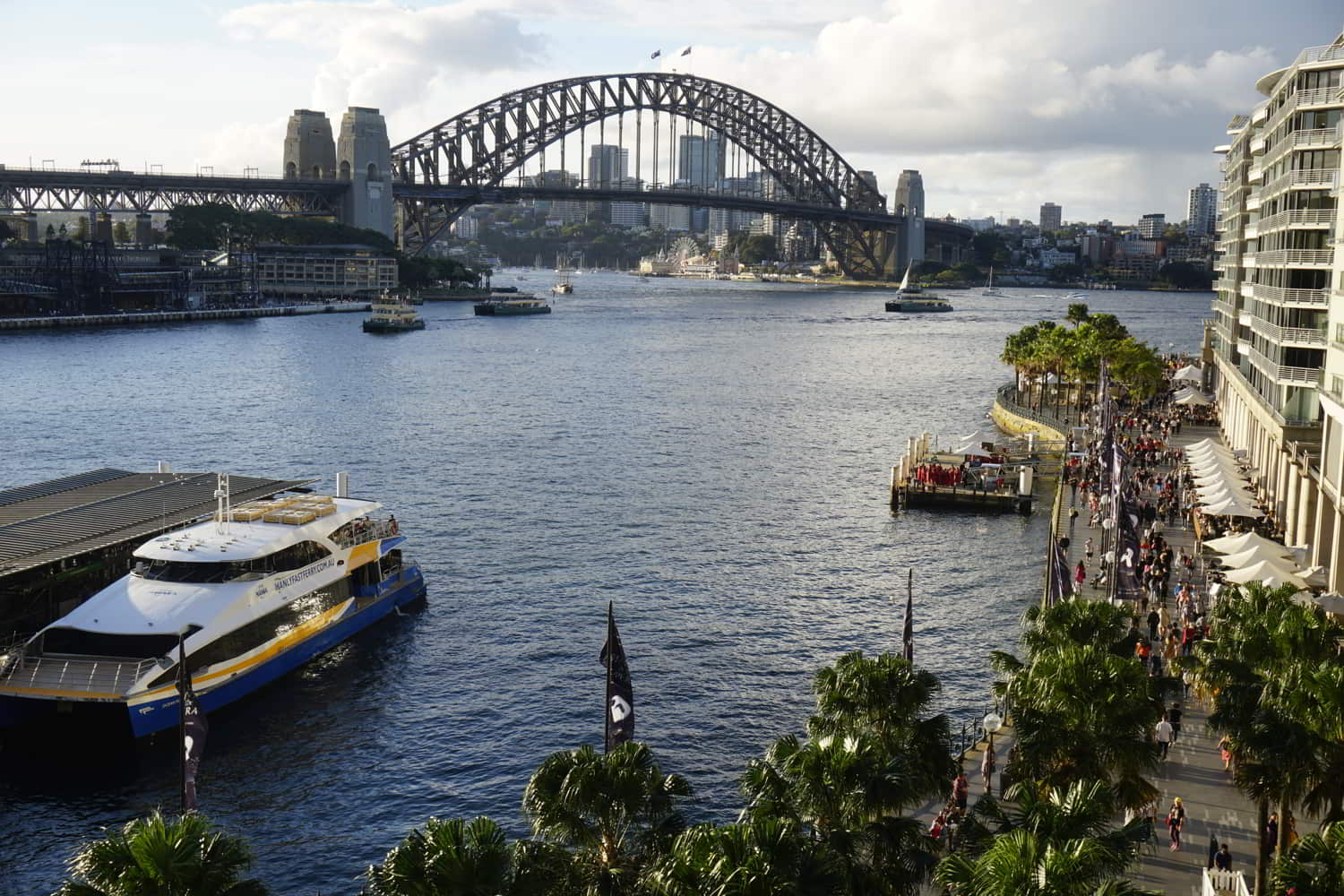 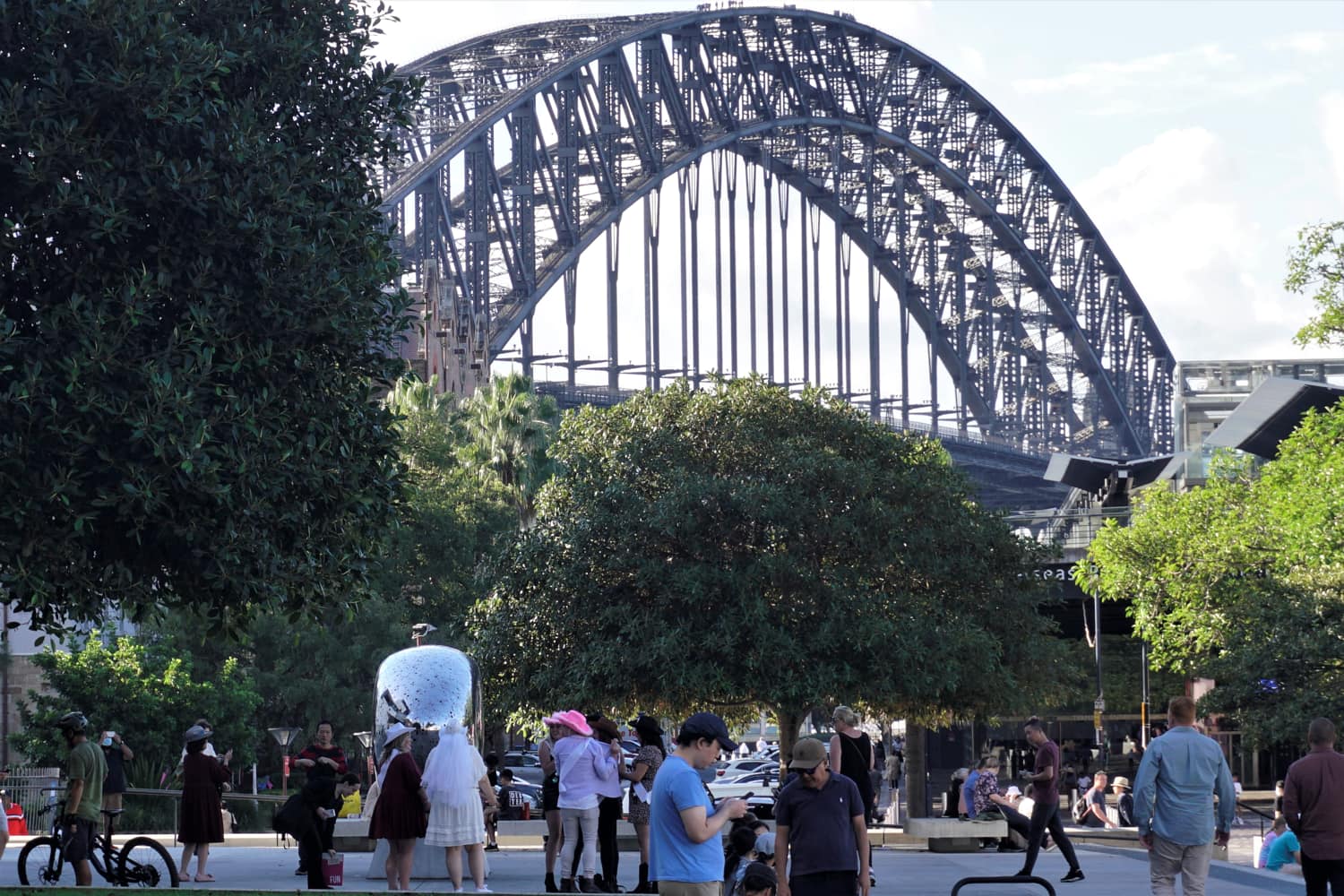 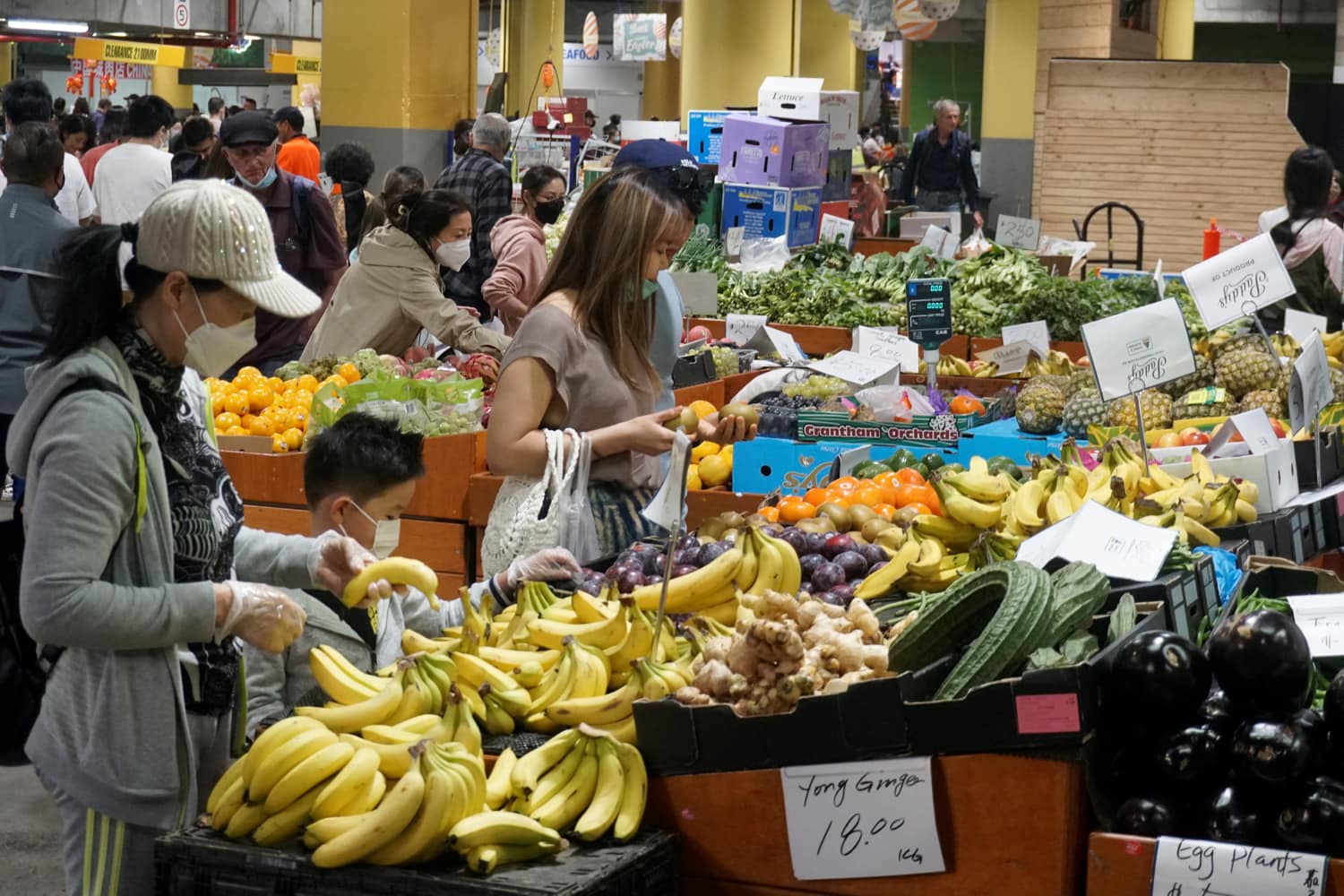 I come upon  hen parties, busy markets, buskers, dancers being filmed, demonstrations, and the homeless trying to sleep. I miss a dozen tall beauties in white walking towards the opera house wearing bare midriffs and sashes, beauty queens of some sort, stretched long and taut. Then there are crowds for the Anzac Day march. 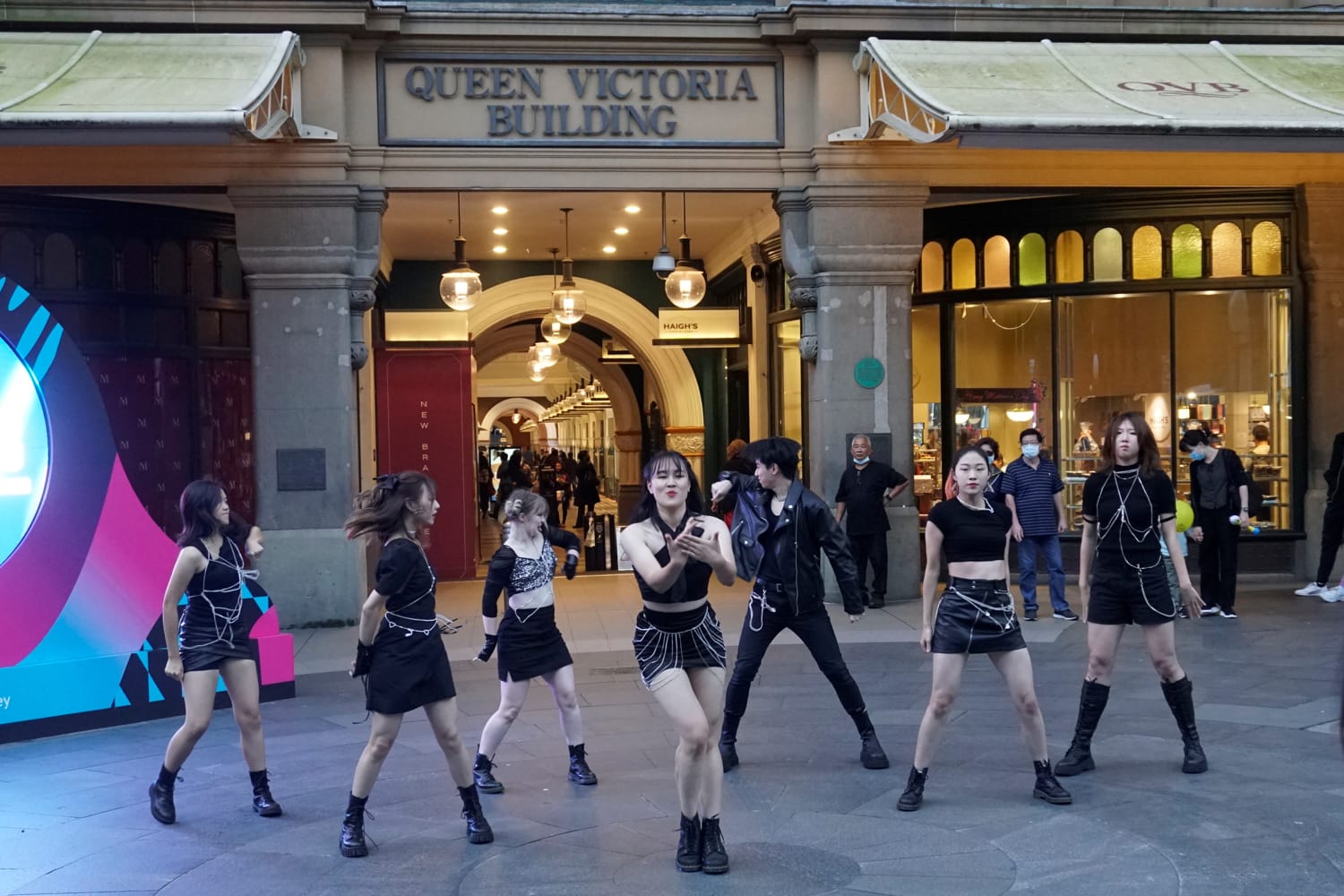 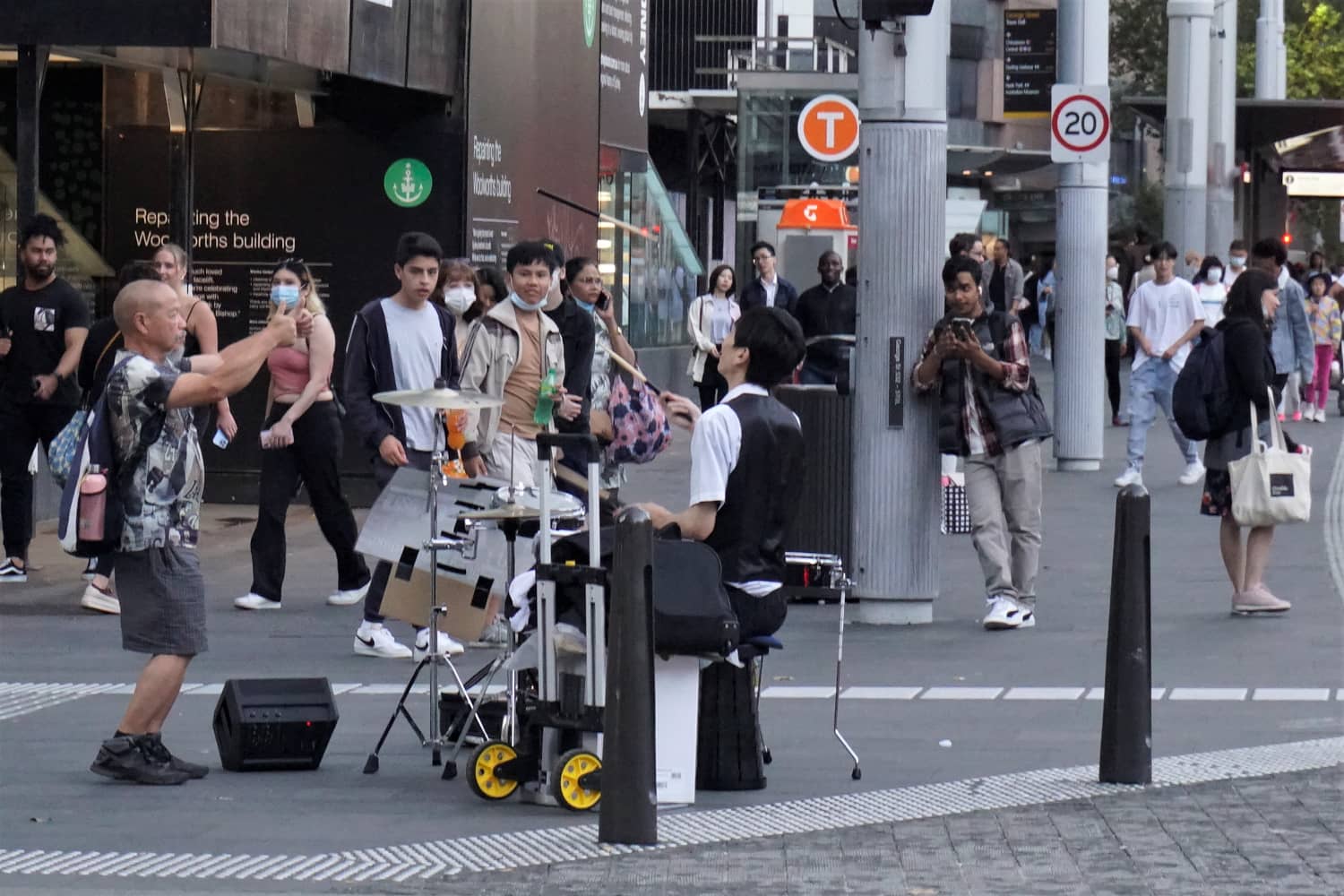 I could not envisage living here again. I notice the ugliness, the grime and the noise, as composers have tried to mimic. [ii] 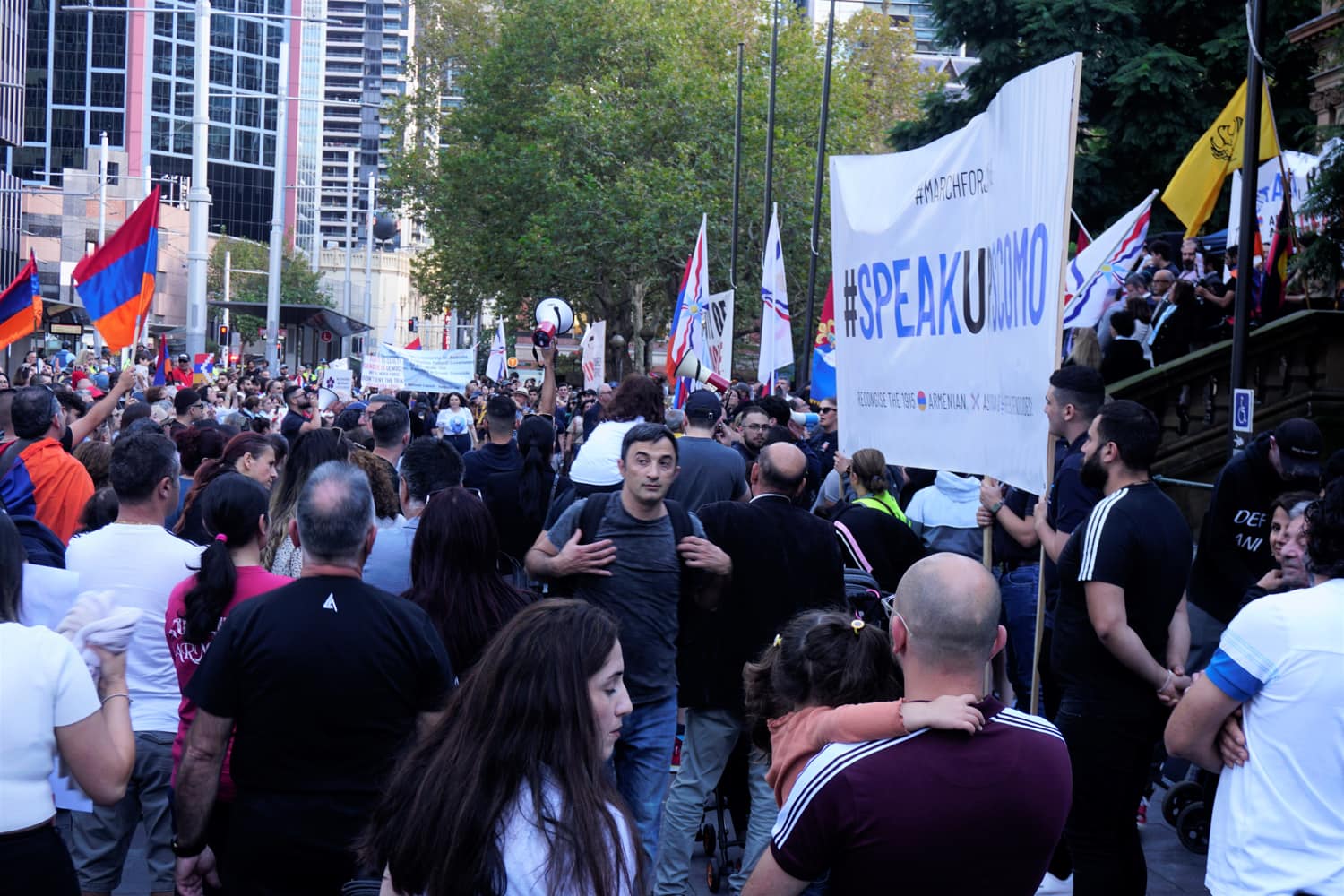 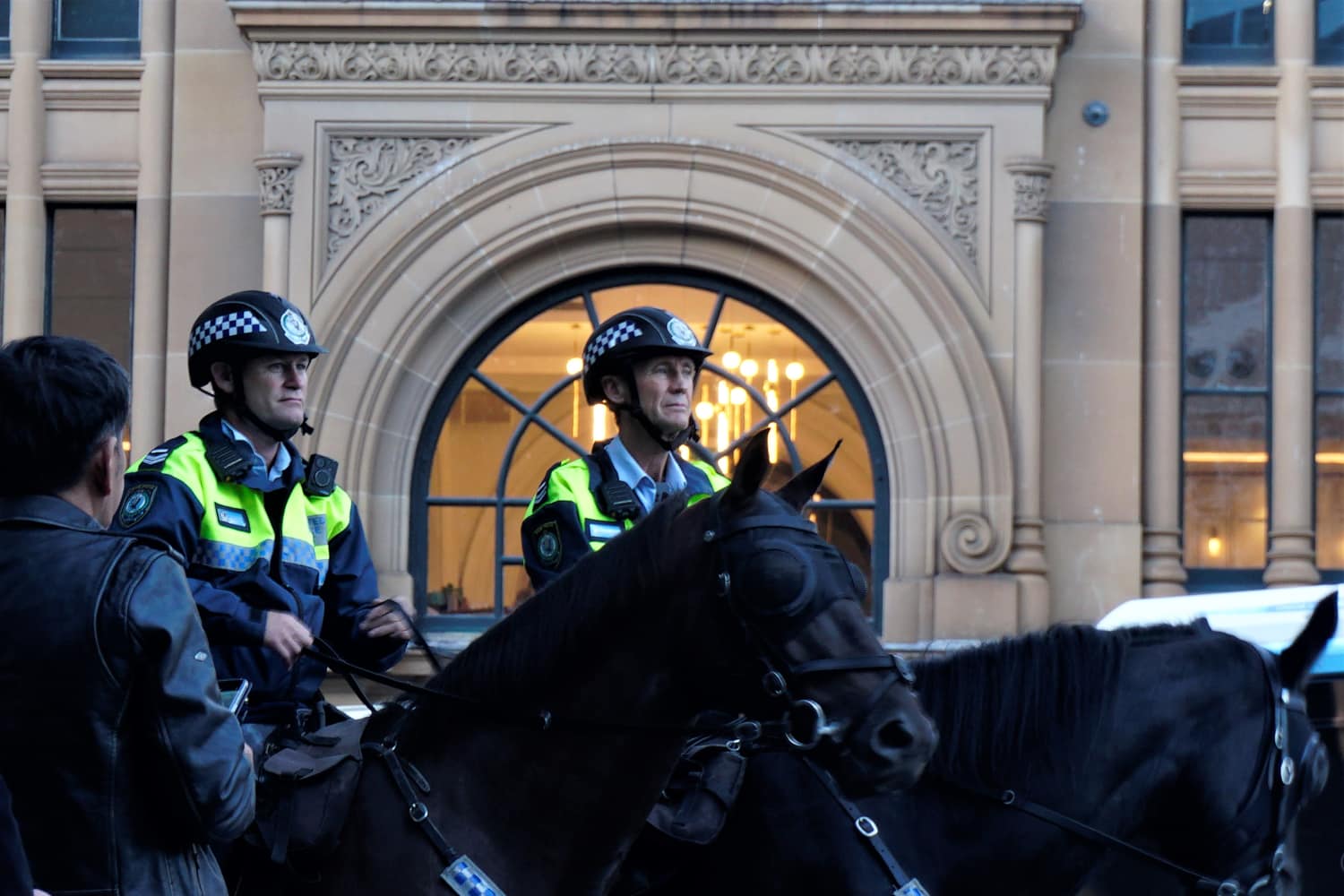 William H.B. McAuliffe ‘We are actually walking around with Stone Age minds. Our minds still think how we treat everyone we meet could have consequences–that everyone we run across and are either mean to or nice to will somehow pay us back. We have a natural karma built into us because our minds have evolved into thinking that what goes around really does come around. [But] Experience with anonymous interactions reduces intuitive cooperation.’[iii]

The flâneur, from Baudelaire on, is not interested in empathy but forensic observation. They are usally happin the city, but in 1953, Ivan Chtcheglov (aged twenty) wrote an urban manifesto ‘Formulaire pour un urbanisme nouveau’ (Formulary for a new urbanism): ‘We are bored in the city. The urban landscape itself, which once might have seemed a charged and poetic realm, had become a closed field, drained of mystery and passion.’ [iv]

Formulary is a surreal piece of writing wanting, ‘buildings charged with evocative power, symbolic edifices representing desires, forces and events, past, present and to come . . . [and] rooms more conducive to dreams than any drug, and houses where one cannot help but love. Others will be irresistibly alluring to travellers.’

‘Boredom is counterrevolutionary. In every way.’ Was an anonymous slogan.[v] After experiencing Sundays as a young teen in the sixties in a town in England, I’ve made sure to refuse boredom.

He was not a fan of Modernist architecture ‘A model by Corbusier is the only image that brings to my mind the idea of immediate suicide.’

And then there’s the traffic. Modernist architect and urban planner, Le Corbusier enthuses, ‘The motor must save the great city.’[vi] And he sought sponsorship from car and tyre manufacturers.

The Marxist David Harvey asks, ‘If urbanization is so crucial in the history of capital accumulation, and if the forces of capital and its innumerable allies must relentlessly mobilize to periodically revolutionize urban life, then class struggles of some sort, no matter whether they are explicitly recognized as such, are inevitably involved. This is so if only because the forces of capital have to struggle mightily to impose their will on an urban process and whole populations that can never, even under the most favourable of circumstances, be under their total control. An important strategic political question then follows: To what degree should anti-capitalist struggles explicitly focus and organize on the broad terrain of the city and the urban?’[vii]

Sydney has never been a rebel city. The Cronulla race riots in 2005 show that as well as the latest population stats from 2016 showing that Sydney is a city of migrants: ethnicity English (23.4%); Chinese (17.4%); Australian (15.3%). And the Chinese are the fastest growing nationality.[viii]

My question is to what extent should green groups focus on lowering the environmental footprint of cities or on conserving habitat and biodiversity in the regions.

I am taking the tram (light rail) and trains, spending my time in the centre, the proliferation of the suburbs and streets. Greater Sydney now covers 12,368.2sq km.

We are in bed early each night, that’s our routine from living by the sea and waking up before dawn t go down to the estuary. We miss the drunks, the shouting, the City Of Dreadful Night, James Thomson’s work from 1874. ‘In Thomson’s eyes the hopes and everyday concerns of the inhabitants of the ‘real’ London are just daydreams; eventually they will awake from what they think is reality and embrace ‘this real night’.’[ix]

[ii] Edgard Varèse placed sirens in his orchestra for Amériques (1918 – 1921), his first work in the US after moving from Paris. George Antheil’s score for the Dadaist Ballet Mécanique (1923-4) became a concert piece premiered in Paris in 1926. It’s noise and use of player pianos, airplane propellers and electric bells provoked a riot. By the time it reached New York, audience were warned, ‘Makes Boiler Factory Seem as Quiet as Rural Churchyard.’

[iv] It appeared in the first issue (June 1958) of Internationale Situationniste, and nourished Guy Debord and the Situationist practice of dérive (drift). He and a friend Henry de Béarn were arrested for attempting to blow up the Eiffel Tower, because its lights shone into their attic room and kept them awake at night. Chtcheglov would subsequently be committed to a mental institute for five years.

[ix] Bobby Seal, ‘The City of Dreadful Night’, https://psychogeographicreview.com/the-city-of-dreadful-night/6 November 2015. Its origins lie in his battles with insomnia, alcoholism and chronic depression. He died in London at the age of 47.