Wyn and her brother visited her older sister (only two allowed in – Covid rules) so I was left in the garden. 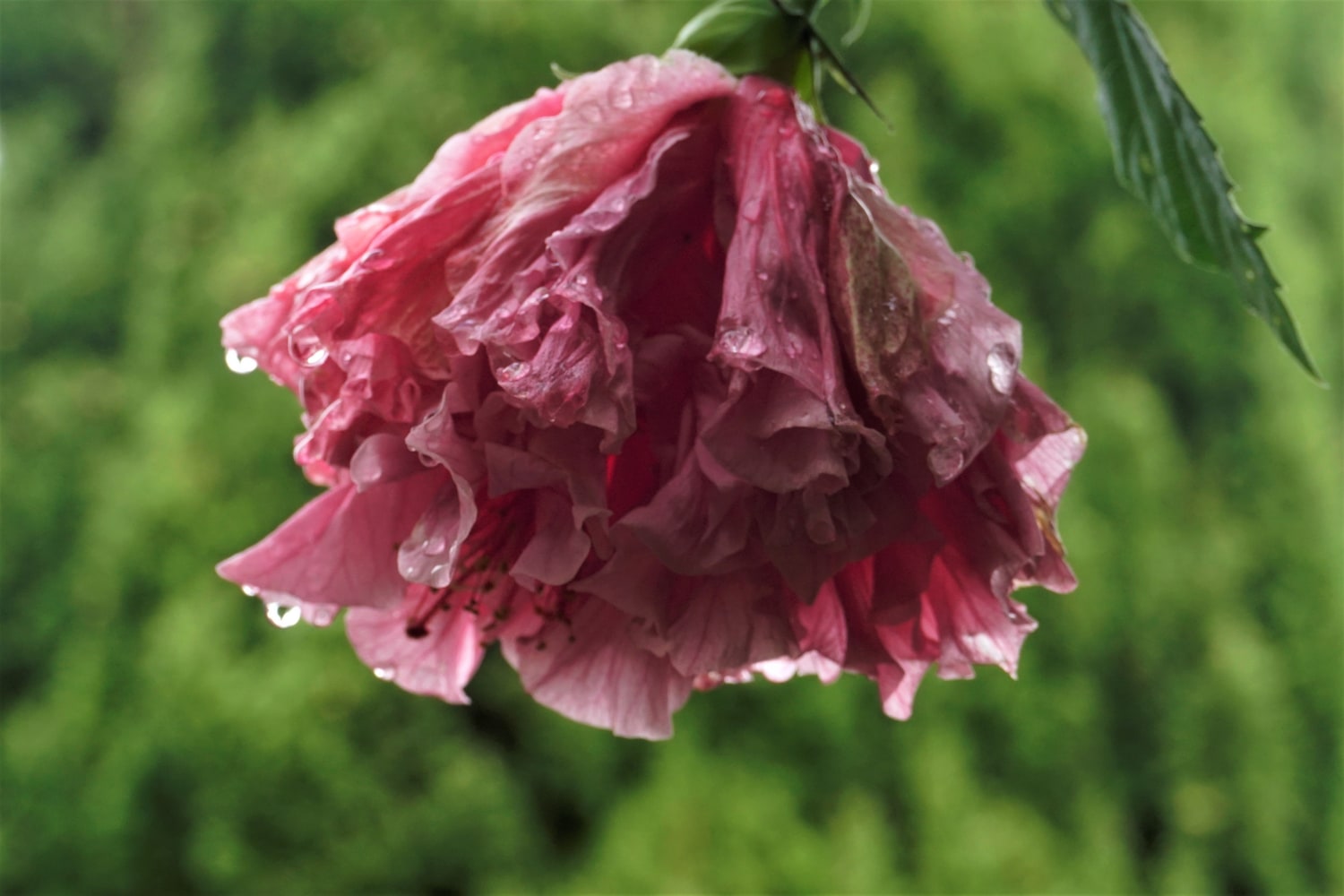 Sulphur-crested Cockatoos watch from the railing surrounding a gently flow from a water feature. These big birds must be fed, and trained not to shriek at the top of their voices. They look innocent but can be playful delinquents. 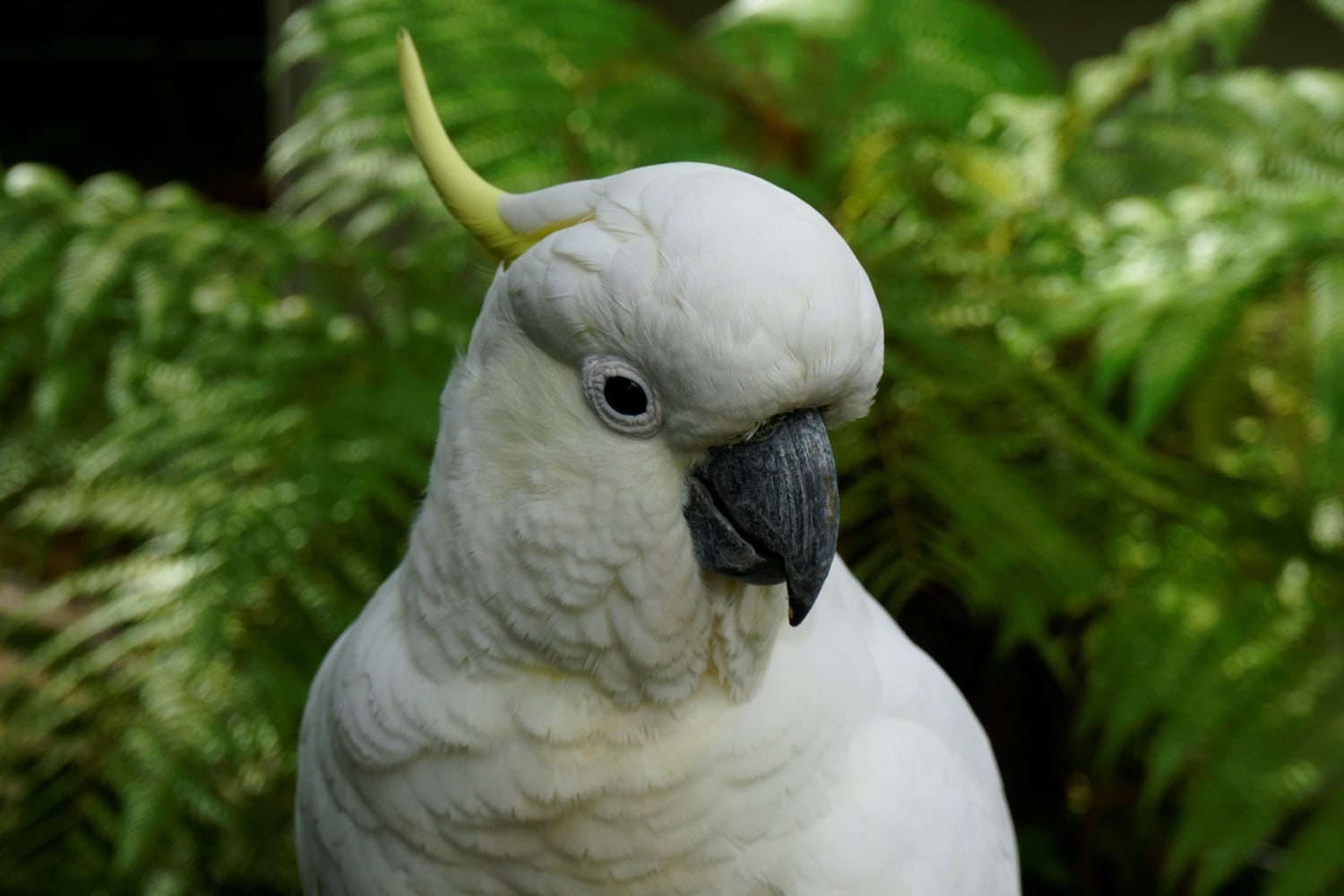 The soldier had been in Bougainville and New Guinea and forgets where else. He is 97 in a wheelchair with a strange perfectly round white scar on the top of his head. I didn’t catch his name. He had entered Hiroshima two weeks after the bomb fell, and suffered radiation sickness. Talking to him is real, but in pencil. What kind of empire did anyone ever need? I told him I had seen the march, he saluted. So much appears as a passing wave. 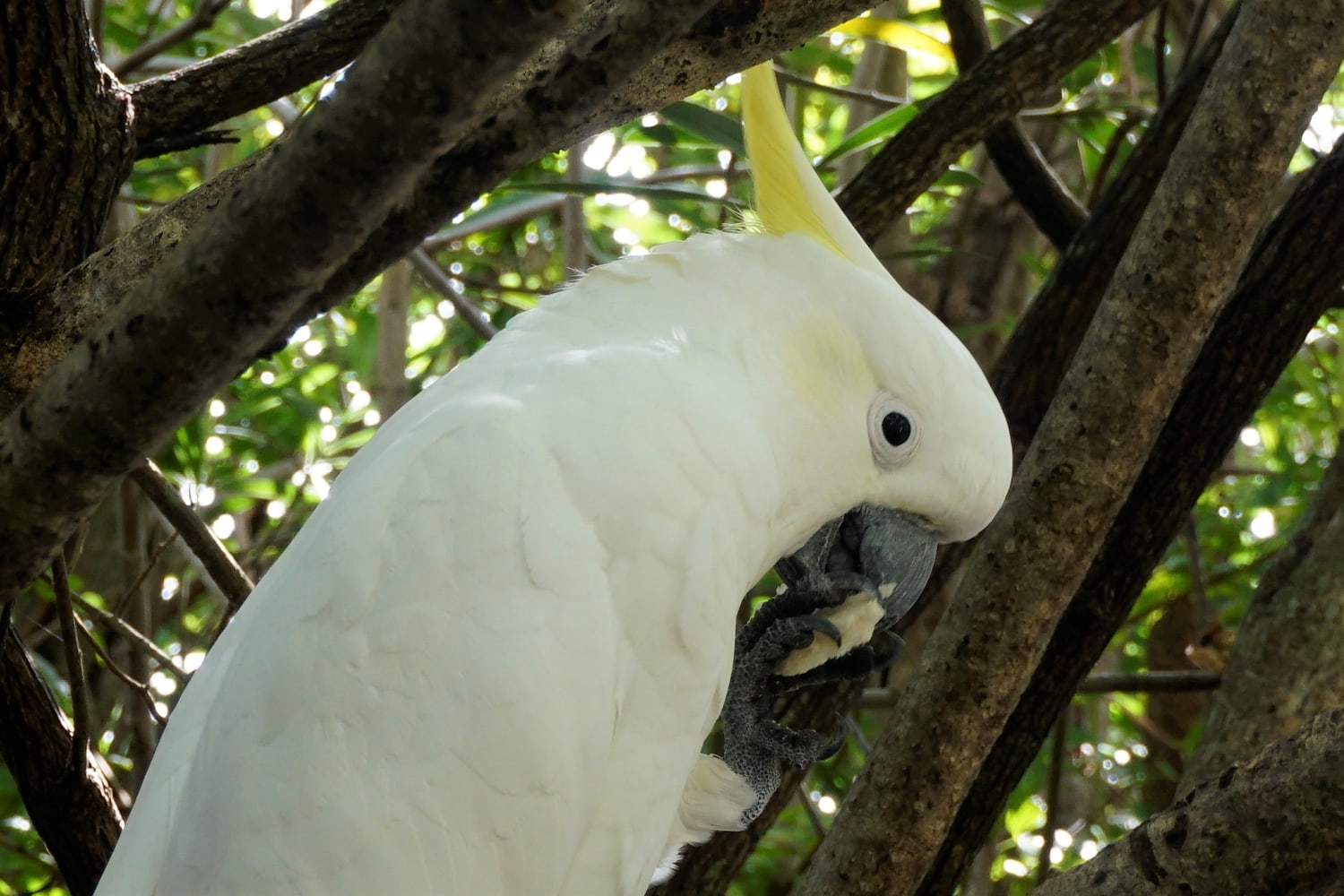 Still waiting I use the railings to stretch. God knows I need to. 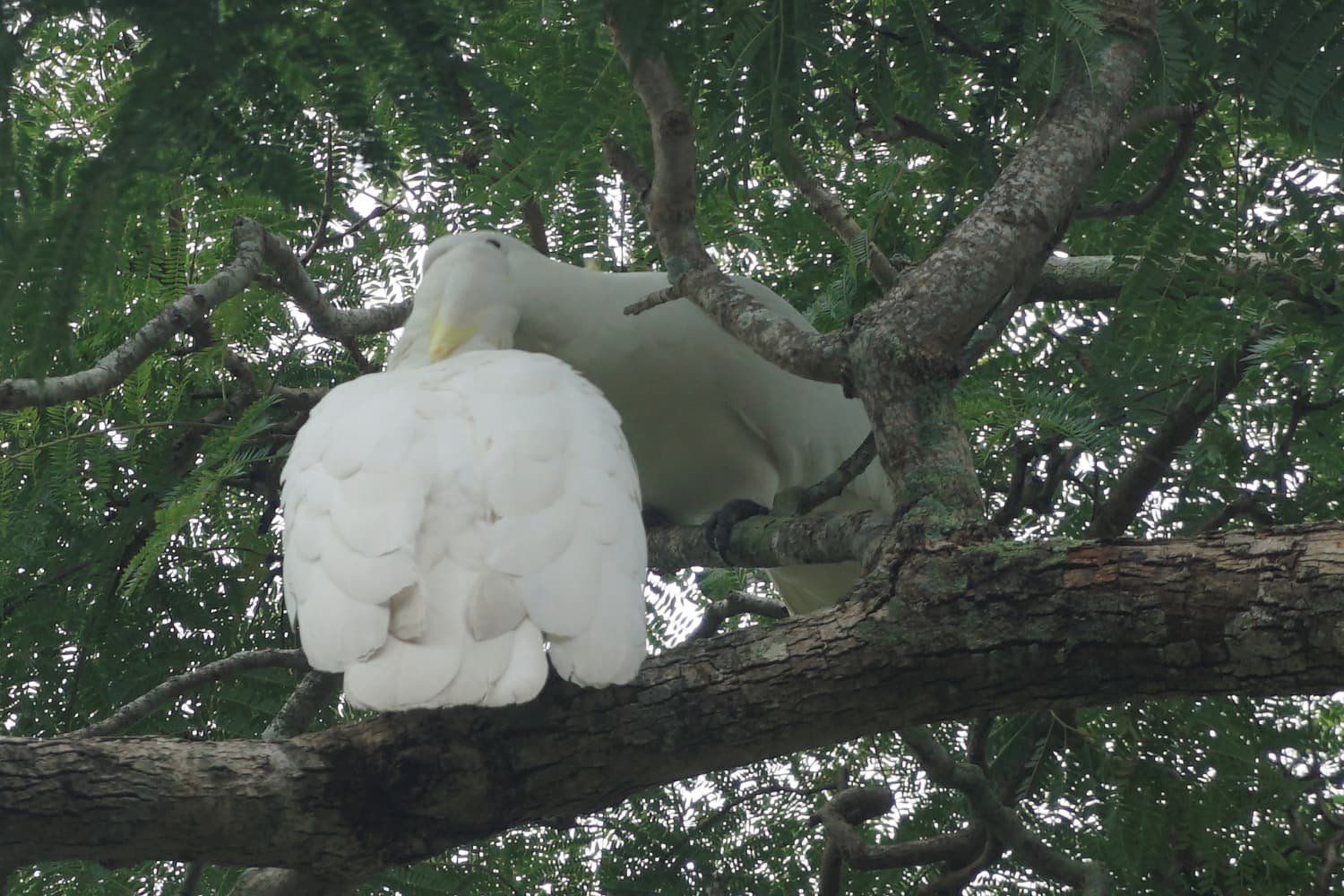 A strange, high-pitched giggling, a youngster is being fed above me, not that monotonous, grating begging call. It’s bobbing up and down, bills locked, heads jerking as regurgitated food is passed on. The youngster holds the wings slightly away from the body and shuffles. 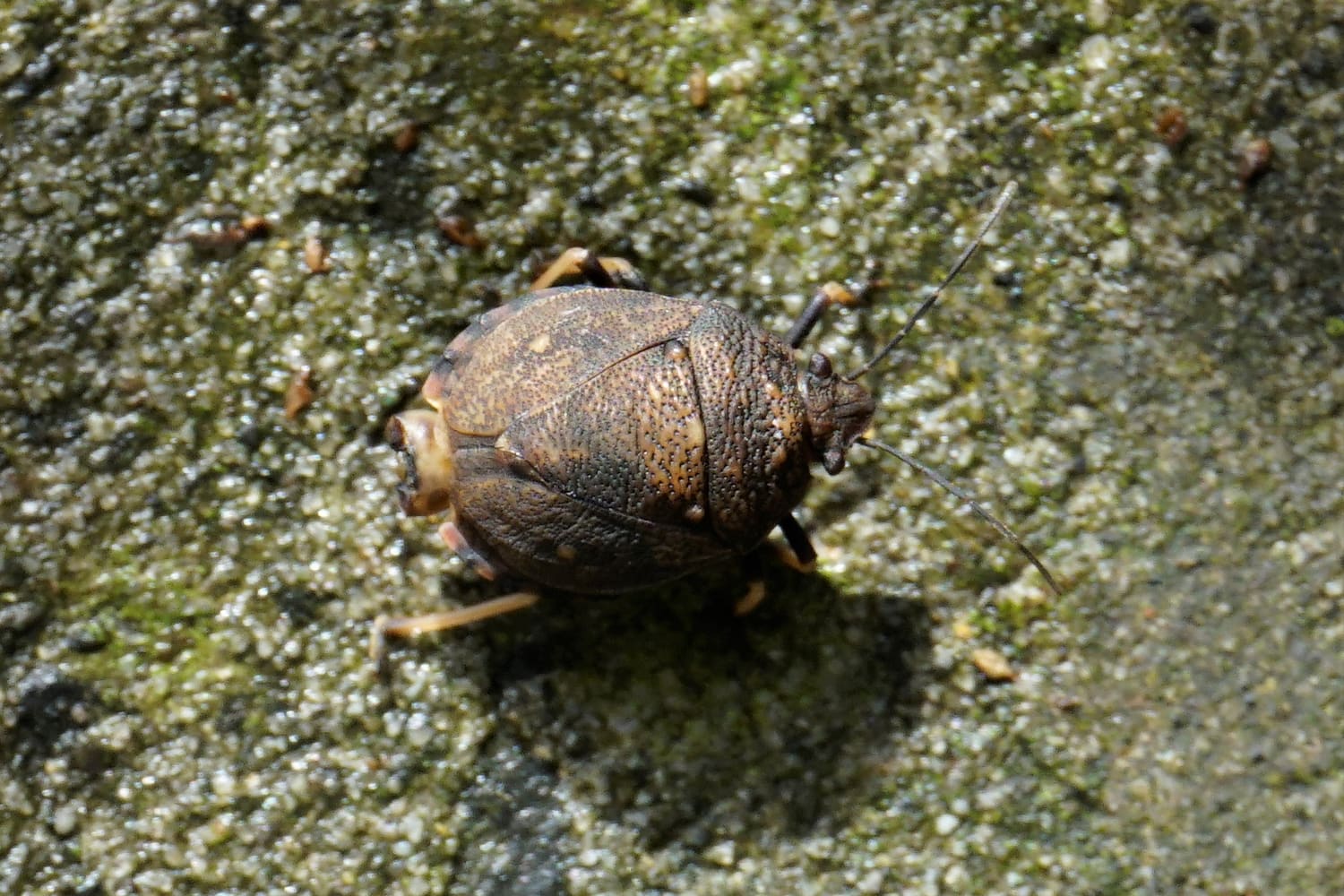 I watch a Shield Bug cross the path with all the time a dream can take. This gnarly creature is from the Hemiptera order (with cicadas and aphids), not a beetle, but a true bug (Stink Bug) with sucking mouthparts, good for the garden with a taste for aphids. A primitive insect with no dramatic metamorphosis but gradually developing immature stages look adult. I find beetles mysterious because they seem to bumble their way around so successfully.

Then lunch with more of Wyn’s family at an Italian restaurant run by Nepalis. I banter with the manager all meal, he tells me his uncle is working illegally just north of us, picking berries.

Insects have thrived on Earth for almost half a billion years because they are miniatures that adapt quickly due to large and diverse populations, high reproductive rates and short life cycles. They have survived four major cataclysms that caused mass extinctions and continue to thrive despite our attempts to eradicate them. Most species which is an advantage and they are the only invertebrates that can fly and an insect’s flight musculature is much more efficient than that of birds or bats.

I’m a fan of Antoni van Leeuwenhoek (a very curious man). In 1687, he first discovered single-celled organisms, reared blow flies and found their reproductive potential. ‘He found that females produced an average of 144 progeny:  half male, half female.  Using this data (and assuming no mortality), he calculated that a single pair of flies could give rise to 10,368 offspring in the third generation, 746,496 in the fourth generation, 53,747,712 in the fifth generation, and 3,869,835,264 in the sixth generation.  At this rate, the fly population would grow to more than 1 X 1017 individuals in one year (10 generations).  In two years of continuous reproduction the flies would fill a ball nearly 8 million kilometres in diameter.’ [i]