The first of 26 posts from a long weekend in Sydney

The air is a wet page, headlights strobe lines of rain clawing at the trees, spinning a kind of vertigo. Wipers on max can’t keep up and driving is excessively automatic, a sudden swerve, a pale bedraggled statue whiskers away from breathlessness. The Frogmouth edged our adrenalin. I think I am a good driver, but we all do. Technology will soon be driving the car, leading to more vacant possession, though we presume the future promises to be full.

We roll to a stop, unload, check in. Less light survives than we had anticipated. Dawn has happened badly and is still trying to prize open the day. The runaway is so flat armfuls of light are gratefully accepted – a bare runway, small domestic port with a backdrop of trees brightening an illusion. 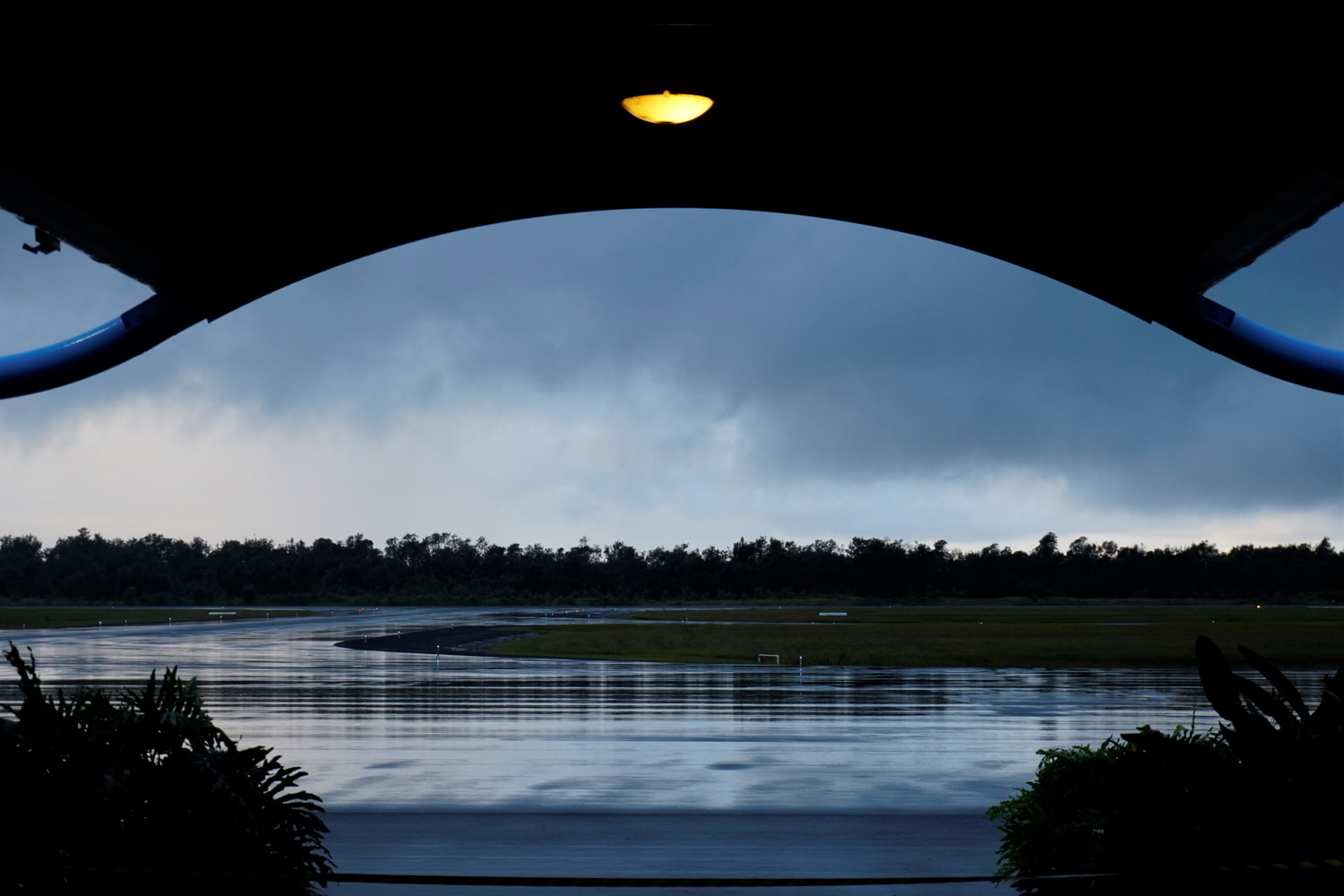 We are more than human

Petran Kockelkoren writes, ‘I remember my first driving lesson: how hard it was to incorporate the hand and foot movements on the pedals and handles in relation to the panorama that seemed projected on my windshield at great speed. Not until this coordination improved did my perception widen outward.’ [i]

The beginner calculates using rules and facts just like a heuristically programmed computer, whereas an expert intuitively sees what to do without recourse to rules. As the competent performer become more and more emotionally involved in his or her tasks, it becomes increasingly difficult to draw back and to adopt the detached rule-following stance of the beginner.[ii] There are other elements. Alphonso Lingis describes a driver’s visceral body as part of the car.[iii] Don Ihde uses the term ‘technological extension’. We can extend ourselves, because we are inherently creative intentional beings, beyond ourselves using tools and technologies, telesthesia.[iv] And these technologies can become creatively embodied. Merleau-Ponty’s example is of the blind man whose body is extended through the cane, which becomes part of the ‘Here-Body’ experiential present. The same goes for driving a car, telescopes, or pens; they all show the versatility of intentional beings in the world, together with the bricoleur nature of tools and technology. We are creative with whatever is to hand, and that scaffolding has evolved. Tools required techne, but now machines make tools and tools machines and we have technology. Mark Hansen thinks our body/mind no longer copes, ‘the prostheses we adopt to cognise and intervene in the technologically driven material complexification of the universe only seem to expand our experiential alienation . . .[and fail to mediate] technologically generated alterations of the life-world into forms that fit the human measure.’[v]

We are consummate consumers

We are heading towards one of the planet’s golden centres of consumerism. Enda Duffy writes, ‘The car’s driver, choosing her own speed, was no longer by necessity a passenger, as had been the case with tram, subway, and train: this matched the ethos of mass consumerism, where the vast array of commodities in the new department stores bespoke not just an abundance not quite within the individual’s reach but the need for the shopper to choose from the profusion before enjoying the chosen commodity.’ [vi]