Dec 15 2020: An East Coast low has brought flooding this this part of the coast. The world is dynamic, the precautionary principal important. We need to cherish what we have, it may well not last. The two minutes of sunshine today.

‘Global biodiversity fell over 68% in four decades, the World Wildlife Fund (WWF) says . . . It’s an unprecedented rate of decline that hasn’t been seen on Earth for millions of years.’ 16 Sep, 2020.[1]

‘Homo sapiens sapiens has managed to kill off between a quarter and a third of all the world’s non-human life: a quarter of all land-based species, over a quarter of all marine species and nearly a third of all freshwater species. We’ve wiped out over a third of the planet’s mangrove swamps and a fifth of its coral; over a quarter of all remaining Arctic wildlife and 600,000 square kilometres of Amazon forest. Extinction rates are currently between 100 and 1000 times higher than they would likely be were humans not around. This is before we even get to climate change. And it has all happened in less than forty years.’ Paul Kingsnorth, co-founder of the Dark Mountain Project.[2]

40 years ago (1981) I had returned to England after my Australian working visa had expired and expected to live there under the reign of Margaret Thatcher, but after a few months I felt my life was hemmed in. I missed the light, the nature and the natural relaxed life Australia offered. I had no idea then of the plight our natural world was in, or that the probes were accelerating. I was interested in green issues, had studied alternative technology at university in the mid-seventies, but I didn’t do anything about it practically. I wrote poems, many of which celebrated nature, but it has taken me a long time to realise the critical nature of our situation.

I have been working to preserve the estuary in our village for the migratory shore birds. One statistic floored that the Australian Eastern Curlew population has declined by 85% in just the last 30 years, which led to their being classified as Critically Endangered.

About three quarters of the world’s far eastern curlew population fly to Australia each year after breeding. ‘Their population has dropped by about 80 per cent over the last three decades, so if we don’t reverse their decline soon they’ll be extinct,’ Mr Andrews said. Threatened Species Commissioner Gregory Andrews[3]

‘Rainforests –  they are planning to log thousands of hectares of rainforest which was identified for protection in the national rainforest conservation program almost 40 years ago.’ Ashley Love, Bellingen Environment Centre spokesperson.[5]

Earth has lost half of its wildlife in the past 40 years, says WWF.[6]

The world has lost a third of its arable land due to erosion or pollution in the past 40 years, with potentially disastrous consequences as global demand for food soars, scientists have warned. [9]

Over 40 million birds have vanished from UK skies in just 50 years.[12]

‘The main indirect drivers [ecosystem changes] are changes in human population, economic activity, and technology, as well as socio-political and cultural factors. For example, world population has doubled in the past forty years, with most of the growth taking place in developing countries. Pressures on ecosystems have grown in absolute terms.’ [13] This is from sixteen years ago, but current population figures show an almost doubling in the last 40 years.
Current world population c7,794,790,000. Forty years ago, it was c4,453,832,000.[14]

‘Most of the warming occurred in the past 40 years, with the six warmest years on record taking place since 2014.’ NASA[15]

‘Climate change ‘hitting harder and sooner’ than forecast, warn scientists ahead of UN meeting . . .  Arctic summer sea ice has declined at a rate of 12 per cent per decade over the past 40 years.’ ABC News[16]

‘Despite 40 years of global climate negotiations, with few exceptions, we have largely failed to address this predicament. Especially worrisome are potential irreversible climate tipping points. These climate chain reactions could cause significant disruptions to ecosystems, society, and economies, potentially making large areas of Earth uninhabitable.’ [17]

‘For forty years, climate action has been delayed by technological promises. Contemporary promises are equally dangerous. Our work exposes how such promises have raised expectations of more effective policy options becoming available in the future, and thereby enabled a continued politics of prevarication and inadequate action.’ Duncan McLaren and Nils Markusson[18]

‘Now is the time to reimagine and supercharge environmental governance . . . We are at a pivotal moment in environmental history where the way in which we deploy these technologies offers the possibility to measure and protect our environment – a feat that we have failed to accomplish over the past forty years.’  David Jensen and Jillian Campbell, UN Environment.[19] 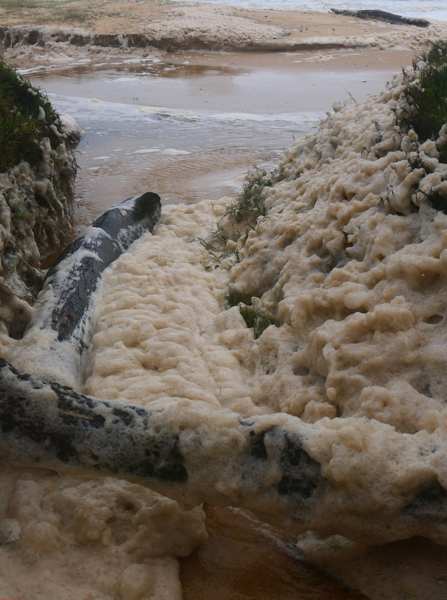 ‘Standing at the dawn of the 21st century there is no greater concern than the fate of our environment and the Earth community it supports. In response to this there is a growing recognition that our current approach to environmental law is insufficient and, as environmental lawyer Thomas Linzey notes, ‘according to every major environment statistic things are worse now than they were forty years ago’, when the first environmental protection legislation was passed.’ Peter Burden [20] 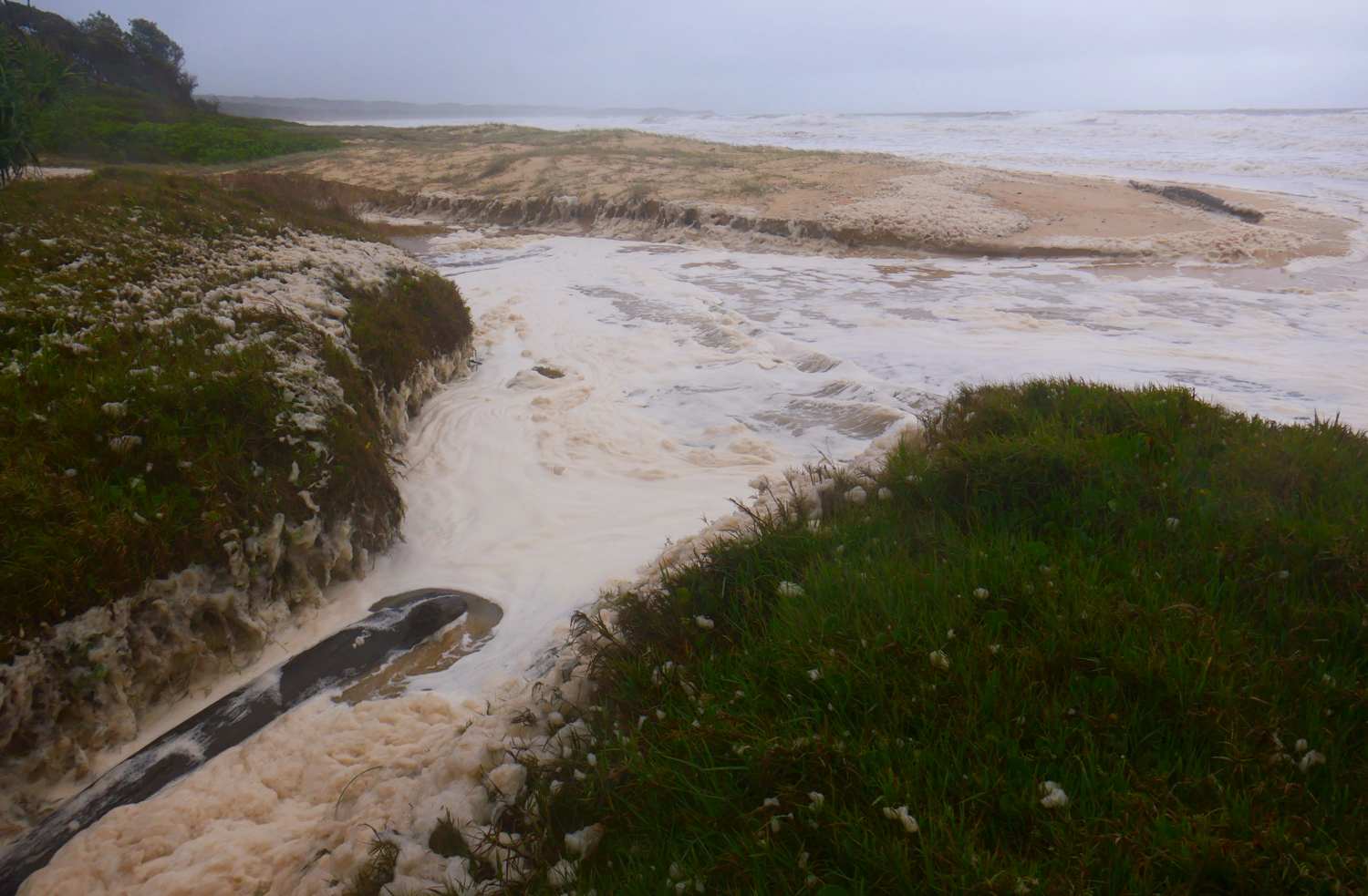 Jonathan Bate makes the overblown claim that ‘poetry is the place where we save the earth’.[21] But could it be a process of poetry help save the earth? As language animals using all our skills, empathy, imagination, skillsets that enable poems to be created, but which also form our lives moving forward.

We need everyone, and in every discipline, every field of what was once called endeavour to get involved, which begins by paying attention to and appreciating the environment, from weeds to clouds, rivers to forests, parks to gardens:

‘In forty years of medical practice, I have found only two types of non-pharmaceutical ‘therapy’ to be vitally important for patients with chronic neurological diseases: music and gardens.’ Oliver Sacks[22]

We love our garden, know that it is dynamic, always growing, always dying, but we try and maintain a good environment for native fauna (and flora) while having a few formal elements to please the eye and aesthetic sensibility, for example, a small Asian garden.

What will the world look like in 40 years time?

‘By 2060, however, normal weather patterns around the world are evolving drastically as a result of climate change.’[24]

After 40 years, researchers finally see Earth’s climate destiny more clearly . . . They support a likely warming range of between 2.6°C and 3.9°C, says Steven Sherwood, one of the study’s lead authors and a climate scientist at the University of New South Wales. ‘This is the number that really controls how bad global warming is going to be.’[25]

‘CLIMATE FORECAST FOR 2050: New York City winters will have the weather of today’s Virginia Beach, damp and cold London will be hot and dry like Barcelona, wet Seattle will be like drier San Francisco, and Washington D.C. will be more like today’s Nashville but with even greater variation in temperatures and precipitation. Those predictions are according to the first global analysis of how some cities’ climate conditions will shift under climate change.’[26]

I also predict civil unrest due to the scarcity of resources from clean water to food and the growing gap between rich and poor, within countries and between countries.

‘What I think in a more grim or on the way to an apocalyptic vision – the division between the rich people and the poor people has a very good chance of getting bigger and bigger.’ Bill Nye[27]

[17] Statement is published in the journal BioScience on the 40th anniversary of the first world climate conference, which was held in Geneva in 1979 – a stark warning from more than 11,000 scientists. See Damian Carrington, Climate crisis: 11,000 scientists warn of ‘untold suffering’, The Guardian. 6.11.2019.

[19] David Jensen and Jillian Campbell, ‘The Case for a Digital Ecosystem for the Environment’, 26 March 2019, UN Environment, https://sdg.iisd.org/commentary/guest-articles/the-case-for-a-digital-ecosystem-for-the-environment/

[22] Oliver Sacks, ‘Why We Need Gardens’ in Everything in Its Place: First Loves and Last Tales, Picador, 2019.

[27] Bill Nye interviewed by Sailmen, ‘Hey Bill Nye! What Technology Can We Expect to Have 50 Years From Now?’ 30.1.2017, https://bigthink.com/videos/bill-nyes-tech-predictions. Nye is the author of, Unstoppable: Harnessing Science to Change the World, St. Martin’s Press, 2015.