A sickle moon straight ahead makes me feel stupid
the movement of the stars and planets still a mystery
because I have forgotten, while allowing the stars
to burst with life against the deep black velvet dome.

The sea holds up large black phantom cut outs
Venus shines steady above being light on her feet,
out of the blue (black) forest face, the cackle
of Kookaburras, when they stop my ears hear
the crickets’ swaying music, the sea coughing
a unknown insect ticking close by like a bomb.

The bats are leaving the forest, bulky extravagant
flying machines happy to flap away from the darkness
towards a noisy communal dorm by the tennis courts.

A silhouette approaches, clunk as the Kookaburra
lands on the roof just a metre or two over my head.
Solidity, muscle mass is something stars don’t seem to have.
Anyway, they’ve gone. Venus alone reminds us of Bill Anders.

You know, I’m a ‘Rare Earth’ kind of guy. I think our situation may be rather special, on a planetary or even galactic scale  . . . The point is, to understand modern science within this framework is to put humanity back into kind of a moral center of the universe, in which we have the moral duty to preserve this planet and its life with everything that we’ve got, because we understand how rare this whole game is and that for all practical purposes we are alone. Marcelo Gleiser [1]

On the way to the mural opening, we do our regular bird survey – not a single waterbird on the lake.

So much rain lately, they have dispersed, and the water is too high for the Purple Swamphens. 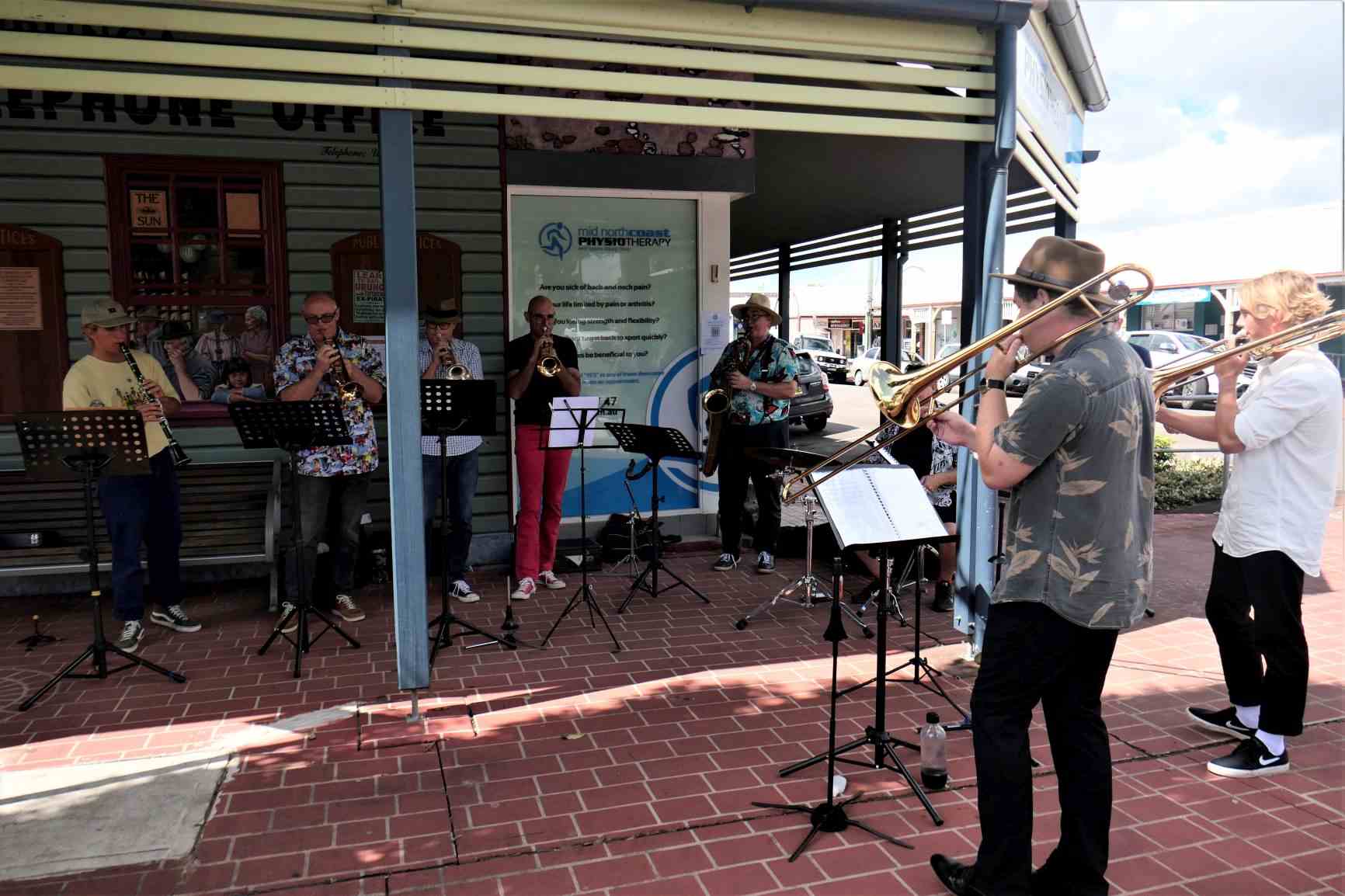 The opening of David Bromley’s mural in Urunga, a labour of love, about two years in the making. The sun shone, the band played.

It is a wonderfully dteailed mural featuring many locals and is public art at its best. Unfortunately NBN news said David Bromley is one of Australia’s best known artists known for painting children and nude women – the wrong DB again!!