The Great Wall – or lost Emperor

We leave behind a long damp line queuing round the block to view a pickled Mao and the hoards liberating the Forbidden City. 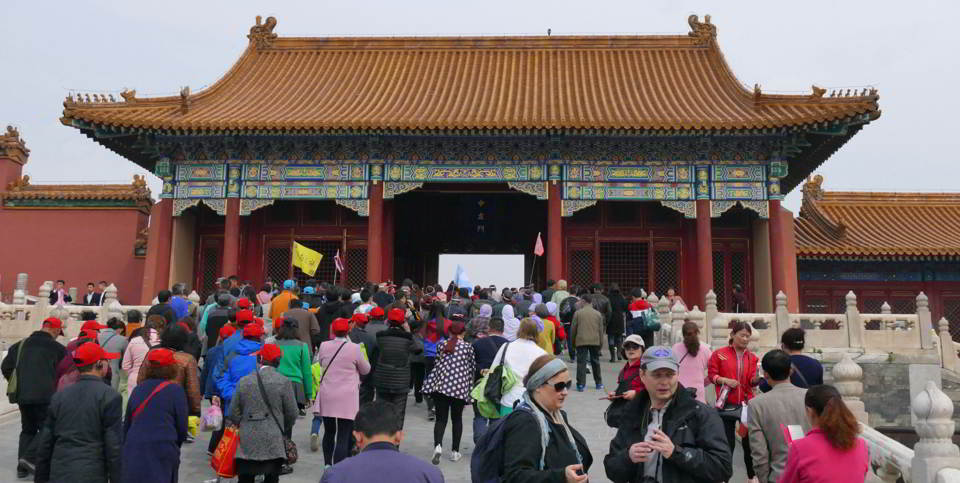 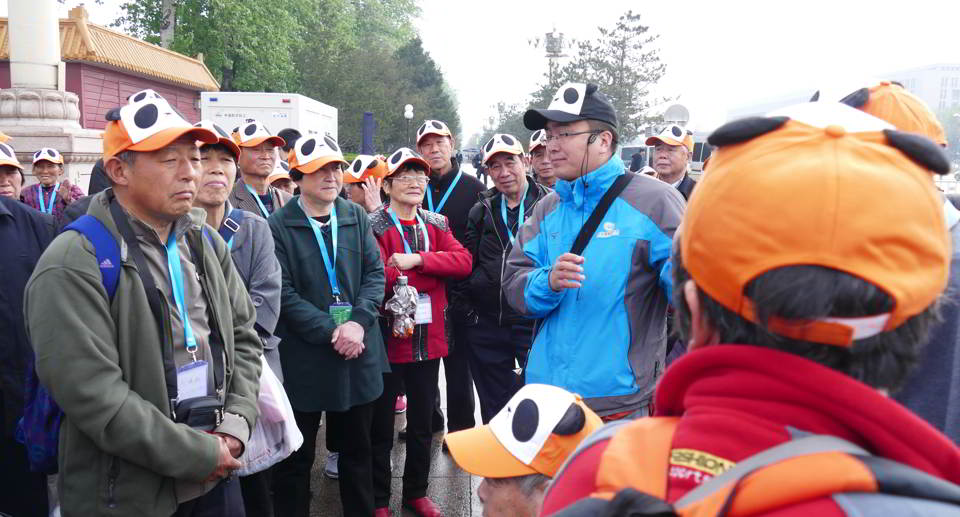 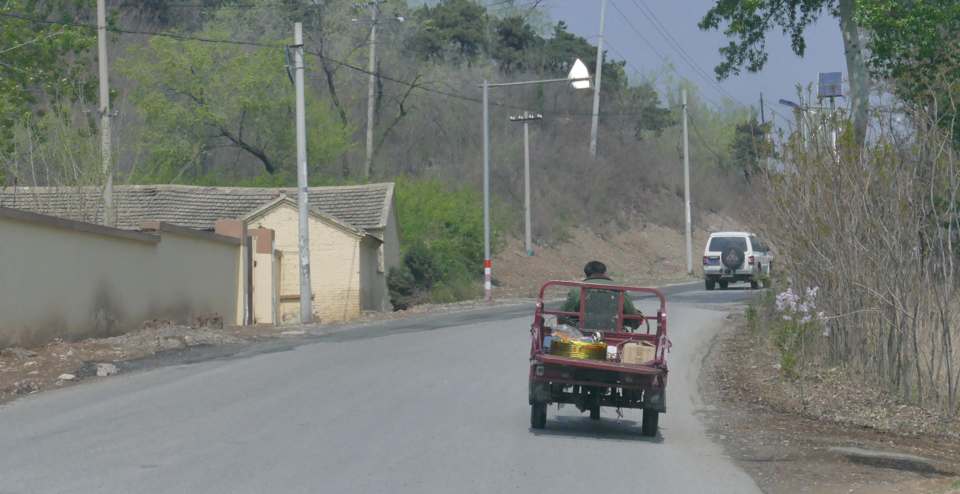 We drive past orchards, through a small town renting puddles, red lanterns and half-finished blocks and a locked up pick-your-own ‘cherries and ju-jube’ farm, slow for two men crouched in misery, their truck overturned, their load of planks spilt across the road. 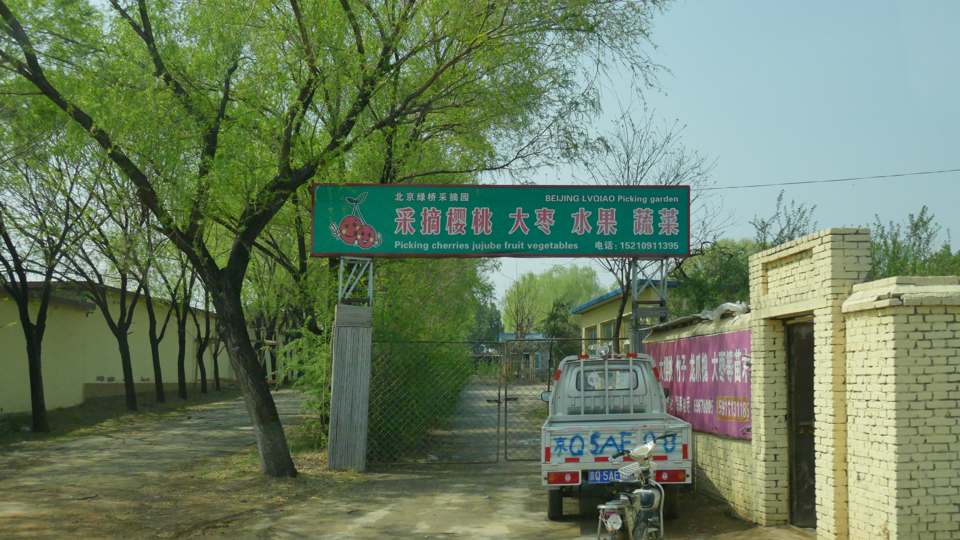 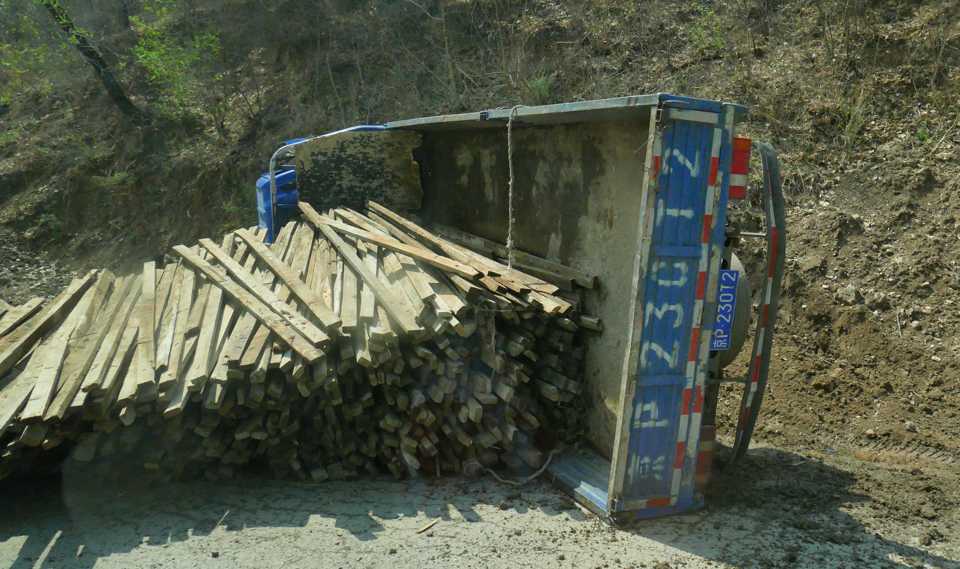 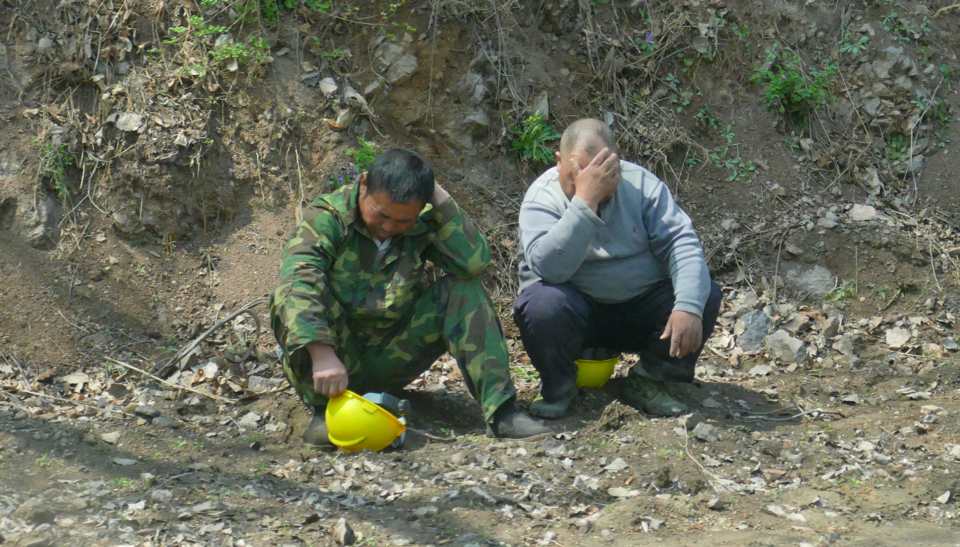 Our lunch stop has an indoor garden, coke and water features, mountains encircle our pork and chicken. We ask for chopsticks. 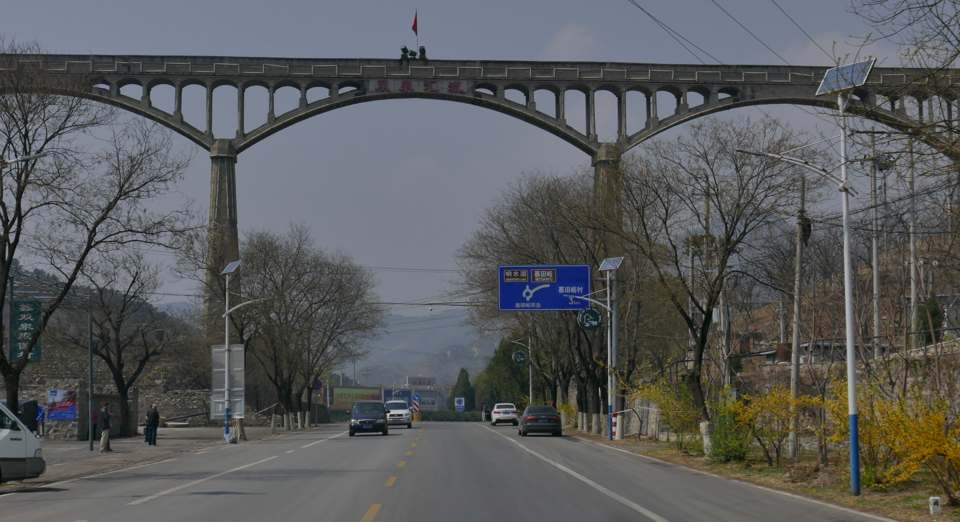 A ski-lift lands us on the wall and the castle opens up like a tin can unravelling across the globe, a sight Hadrian would have choked on. You should be able see it from outer space at ten soldiers wide, and if the stones built a skyscraper it might reach the moon. 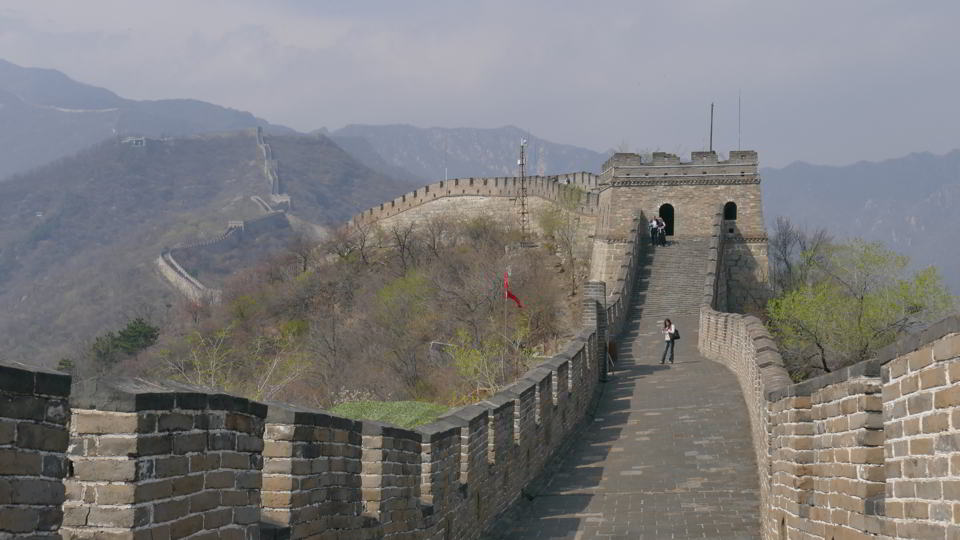 The eye is mesmerised, compelled to track the wall snaking round the contours of this rugged range. I count watchtowers like teeth, seven in view and innumerable bouquets of wild cherry in blossom. The slopes are forested with silver shadows, yellow branches, shades of grey and brown weaving dry wreaths. I put the camera to work as pale mountains flexing the north-west begin to lose focus under the collar of an opaque sky.

Emperor Qin Shi Huangdi unified China in 221BC and ordered existing walls to be connected and the Great Wall extended. 20% of the country’s population were involved in the construction, a massive army of soldiers, convicts and commoners. Casualties were high due to the heavy work, deadlines and difficult conditions, surveyors, soldiers, labourers lie buried in foundations, mourning was brief. Worked from earth and stone, the wall stretched over 3,000 miles from the port of Shanhaiguan west to the dunes of Gansu. The human art of terraforming was just beginning.

Huangdi’s Qin dynasty ended the Warring States era of turmoil and intellectual ferment bubbling with ‘the Hundred Schools of Thought’, including Confucianism, Daoism (large chunks of the Daodejing were circulating), Legalism and Mohism. Despite a new emphasis on thinking, magic and divination were rife and wu wei was an ideal locked out from the triumph of absolute power.

To breathe in,
first breathe out;
to weaken something,
first make it strong;
to overthrow something,
set it up;
to take,
start by giving.

Huangdi had a singular purpose so it’s not too surprising that to ensure control he burnt books and tossed scholars into a ravine. The wall didn’t bend with the wind and the pale spine interrupted the movement of wolves. The wall tried to cheat entropy and chaos, but lies ruined east and west, a wall to keep in and out, a frontier before men could fly. 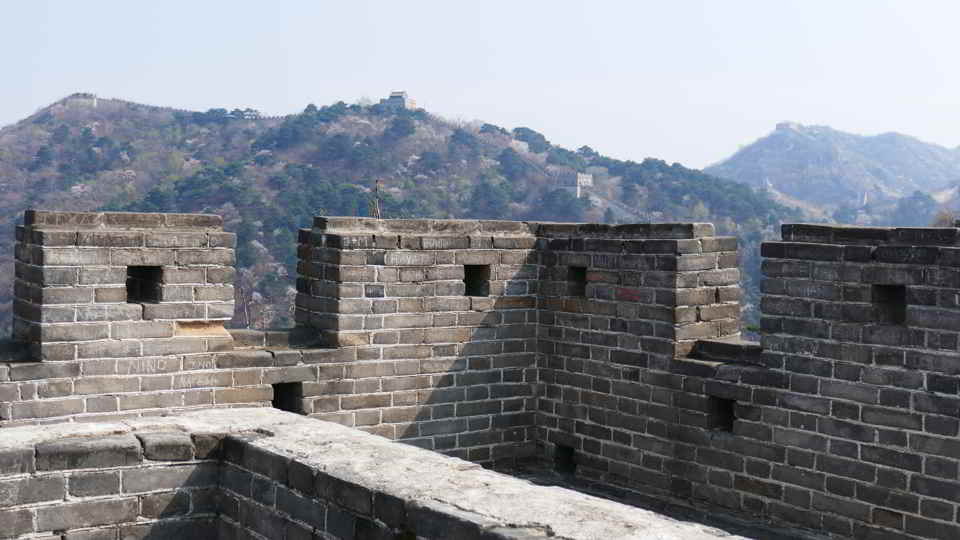 This Mutianyu section of the Great Wall was built in the mid-6th century during the Northern Qi and repaired and rebuilt in the Ming dynasty around 1474. It is the most impressive construction at 7–8 metres high, built from quality granite topped with parapets, crenels and loopholes. The elegant stone is washed clean of blood and labour, relieved of livery and banners marching up and down the border.

The efforts to repel mobile horsemen with hard labour and ingenuity were feats, but the domestic wall never held, being more a psychological anchor for Tianzi, ‘The Son of Heaven’. Franz Kafka’s ‘Building the Great Wall of China’ (written during WW1) points out that the emperor is unknowable and unrecognisable, yet the citizens need a sense of collective identity and nation building, even at the cost of free thinking.

The history of China scribbled on the back of an envelope claims treacherous cause and effect, but that’s not the only way things happen. Crops fail, warlords back the wrong horse, accidents cascade, policies go bankrupt.

The long and winding view is disappearing in roaming cloud, my heart is pounding, I can feel the sublime competition between the mighty mountains and an amazing wall, both inhuman. Below a ridge a 200 metre long slogan in white characters, ‘Loyalty to Chairman Mao’, is being covered by falling cloud.

An angry bee buzzes overhead, an annoying drone some young tourist has just unpacked, but a technology that measured the total length of all the walls at 21,000 kilometres, while ignoring twittering bundles of feathers, black and white Rufous-vented Tits, I think, fluttering between the over-engineered stone face and Ming trees, some just beginning to unleash leaves. 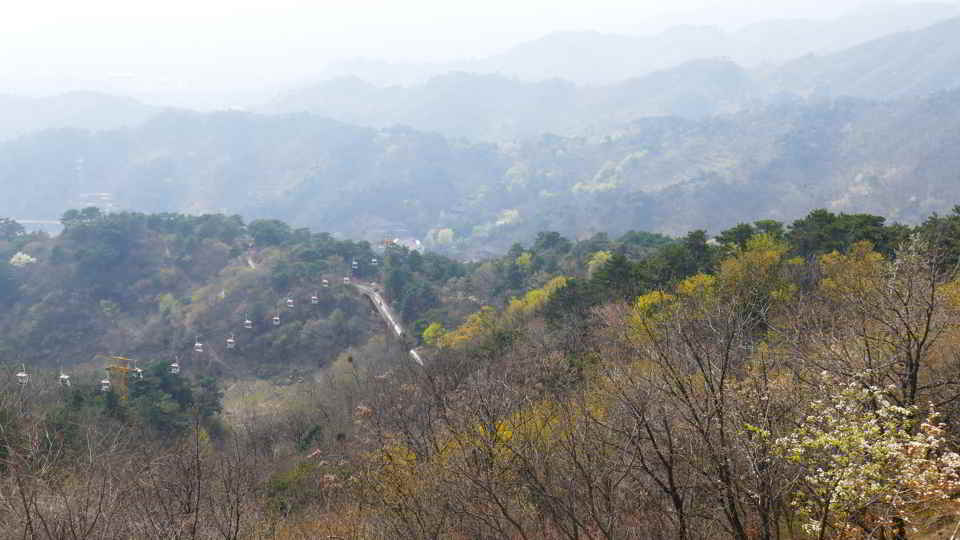 Darkness begins to apply a tourniquet, a thunderclap overhead triggers an avalanche of sound, the weight of iron cascades towards us. ‘Quick, quick’, we are called back to catch a toboggan as large fat juicy raindrops are now bothering to fall, we slide down the mountain’s lightning conductor as the silver track turns into a rivulet, more lightning overlaps fortissimo thunder and we are ordered off.

I fall crossing the slippery slide, start jogging through sheaves of rain, then running for my life, as the lightning sparks, until I reach a man leading a donkey across the car park, drenched in nature’s liberation. 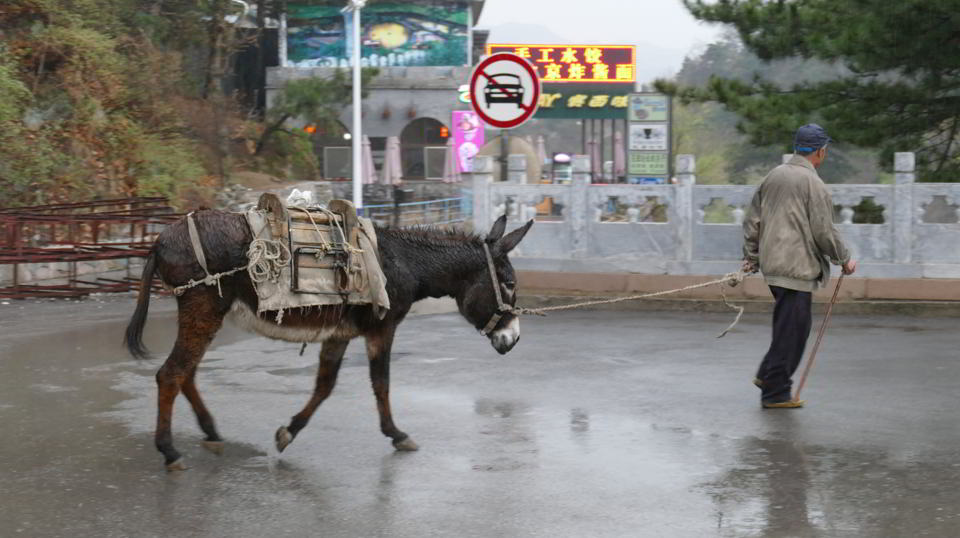 Artist as hero and media star