Tennis at Nambucca with the Flying Foxes 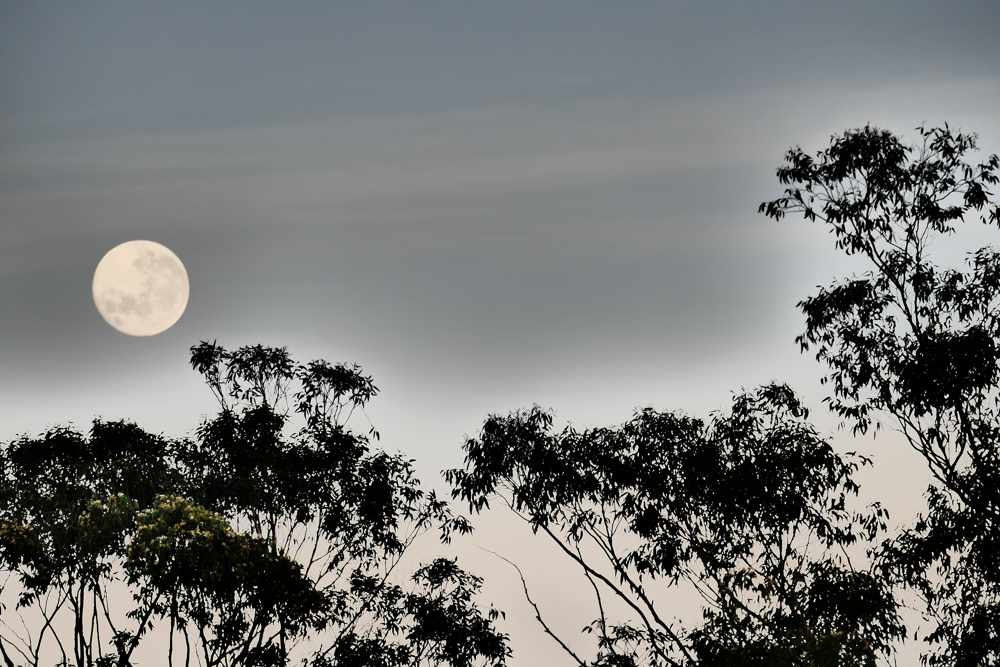 A beaut of a morning for tennis, full moon sinking, birds still vocal after the rain a couple of days ago.

I was talking to a Gumbaynggirr elder who said that as a kid, Flying Foxes were his favourite meal. He doesn’t eat them any more. Mainly because of Australian Bat Lyssavirus (ABL) which can only be caught from untreated bites or scratches from infected bats. Two people have died from ABL caught from a flying-fox (and one from a micro-bat). There is bat poop all over the synthetic court, we are careful not to indulge during a dive at the net.

Flying foxes are more biologically similar to humans than the microbats. They use their eyes not echolocation and excellent night vision. Night spotting in Jagun uncovers a host of Flying Foxes feeding off the Bloodwood blossom. They are important pollinators and seed dispersers. They can move fruit over large distances, maintaining genetic diversity amongst remnant patches of forests. However, all flying fox populations are declining at an worrying rate, due to land clearance and culling.

Castles made of sand, Valla Beach