Sport and the good life  May 14

I supported Brighton & Hove Albion avidly as a boy, getting the train to the long gone Goldstone ground in Hove, stamping my feet on the terraces to keep the blood circulating, wearing an extra-long blue and white scarf and beanie my mother had knitted me. I have lost touch, live a world away, but recall one game against our fierce rivals, Crystal Palace (the victors this morning). A friend and I were sitting down eating sandwiches as a fight with knives erupted around us, I kept eating, thinking the ground the safest place to be, but a a police officer grabbed us saying ‘What do you think you’re doing?’ and pulled us to safety.

I used to chant Seagulls Seagulls and rude ones about the referee. I don’t recall any classics like:
the Newcastle fans at Leeds, Elland Road during a Yorkshire water shortage when water was pipelined down from Northumbria. They chanted, “Piss in your water. We’re gonna piss in your water.”

Is that why Robert Bly doesn’t like sport but loves Yeats? (“I’ve read all of Yeats 1,400 times.” Interview May 2, 2013) After all, tens of thousands walked a long way to the games at Olympia for the largest gathering in the ancient Greek world. It was a prime destination of Greek theoria (journey of experience or pilgrimage, though a visceral experience. One boxer opened up the entrails of his opponent and chariot racing was a hundred times more dangerous than Formula One. And if you visit the great Mayan temple, the amazing ball courts were obviously important venues.

Sport is exciting because it’s unpredictable. Sport can be beautiful and reveals the importance of chance, skill and effort. It is full of victories and defeats but rarely final ones. Bernard Suits (The Grasshopper: Games, Life and Utopia Its philosophical objectives) thinks games have a role in the good life. He even argues that playing games expresses the supreme human good and will be the only source of value in Utopia where all human needs are met and work is unnecessary.

The performative idea that intrinsic value can be found in the act of pursuing goals not just realising goals. The ‘goal’ of any game is trivial, e.g. throwing a ball through a hoop so it must be in the performance, in the embodied skill, tactics, strength where the value originates.

Martha Nussbaum uses the term ‘flourishing’ (following Aristotle) rather than ‘the good life) to represent the Greek concept of happiness (eudaimonia, being favoured by the gods). She hypothesises a single objective account of human good, from an ethical standpoint. And given our fear of death and longing for life which the Greeks examined (particularly Epicurus), such a standpoint will cover wellness. A baby born into the world should flourish in its abilities and capabilities. A capabilities approach insists, in Martha Nussbaum’s words, “that there is waste and tragedy when a living creature has the innate or “basic” capability for some functions that are evaluated as important and good, but never gets the opportunity to perform those functions.”

In a world where technology rules, using your body well, being fit for moving about in the world is a good thing. On the other hand, professional sport has become a money game with rapacious wages, but more is expected of these athletes too. Roman chariot racers were professional but the average age of death (from tombstone inscriptions) was just 22. Winning charioteers became celebrities and could become very wealthy, probably the equivalent of David Beckham who is the world’s best-paid soccer player, though 90% of his earnings come from endorsement deals. He earned an estimated $46 million in 2012 (Forbes). But when it comes to professional sport there are many more spectators than actors, what do spectators get from sport – that is for another blog, though under Durkheim’s definition following a team is a region.

In this country sport gets much too much prominence compared to natural or cultural aesthetics – I argue for a balance, just as I do with the arts and sciences elsewhere on this site.

In the ecstasy of scoring do you make a joke or think God has helped you score a goal? 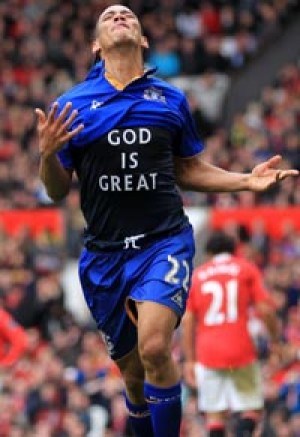 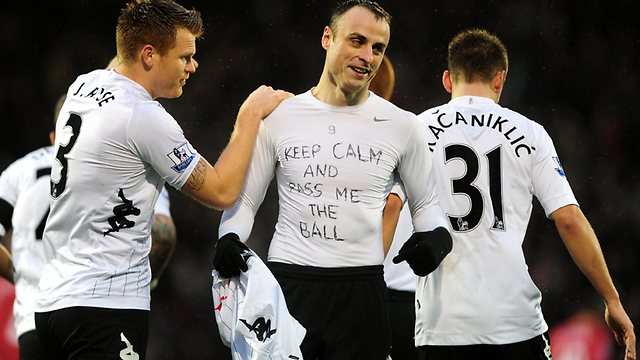