It was bloody hot – on the way way out of the Botanic gardens, via kingfishers, a Sunda Pygmy Woodpecker, squirrels, and a friendly goanna . . .

and a Durian ice-cream. 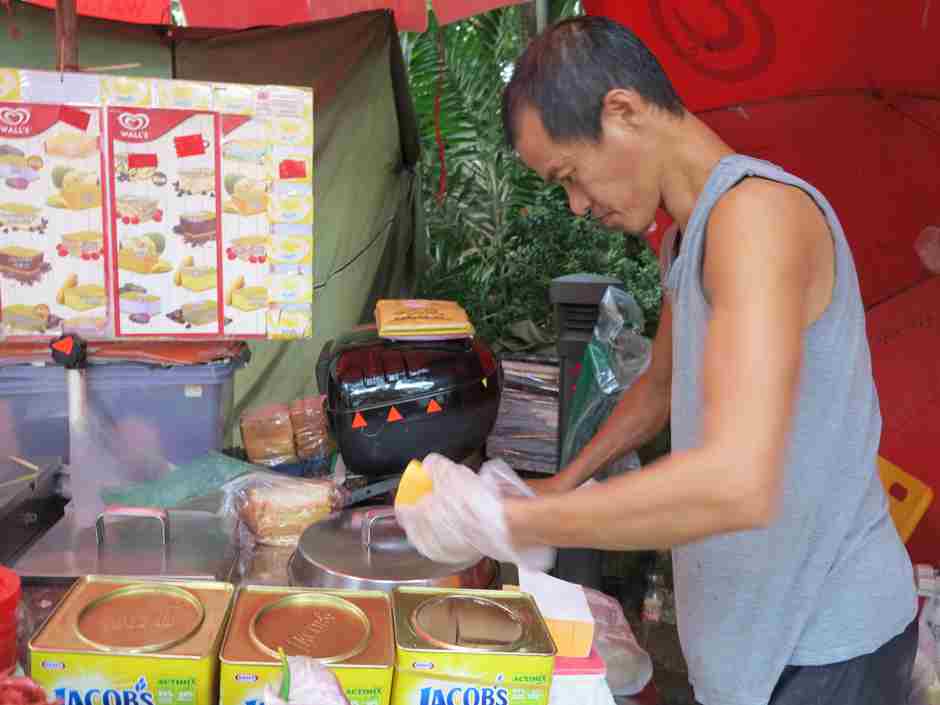 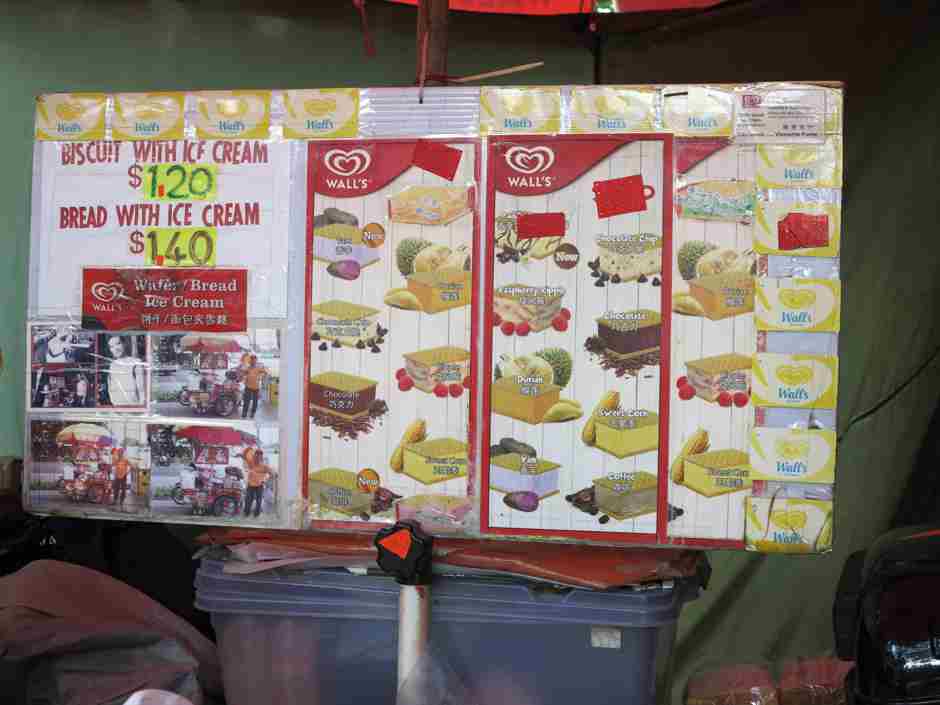 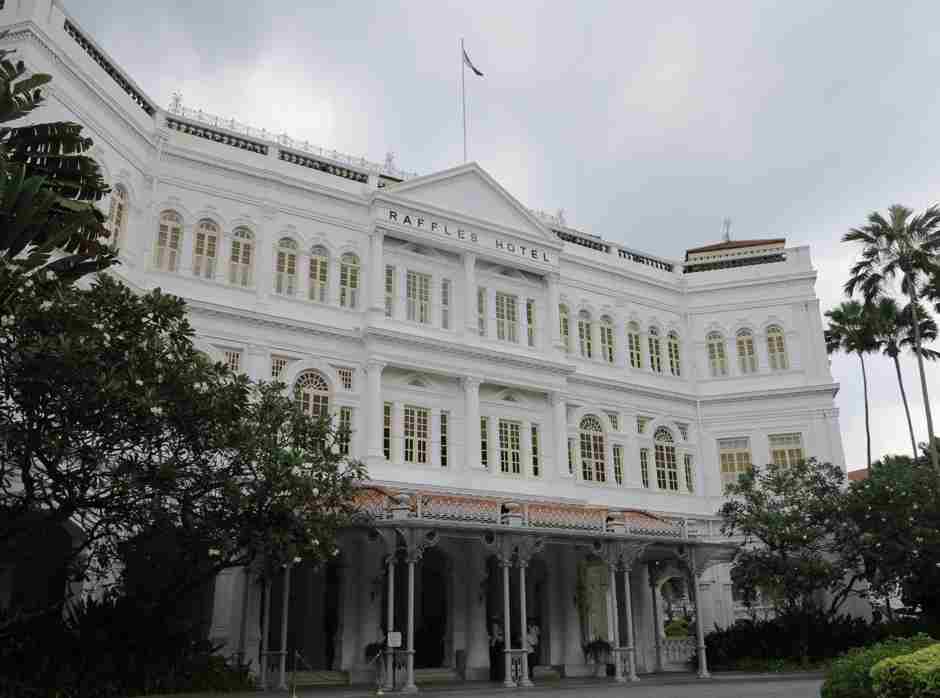 The long bar I drank in, around 1980, is now on first floor and has been replaced by the car entrance, a Tsing Tao costs nearly 20 A$. I had a chat to the head concierge, a friendly Sikh in a bright silver uniform and then the historian of Raffles, a Chinese gentleman, I said I couldn’t afford to drink there, they both suggested Purvis Street just a minute south – we found a table in Chin Chin’s and I sank a large Tiger and seafood fried rice for $10.
From chatting on the bus to a local who had lived in the States, or to the Manager of Chin Chins who had had a restaurant in Perth for ten years – many locals are a cosmopolitan lot. The Rickshaw drive told me there are twenty left in Singapore and 20,000 taxis. He was impressed by my physique, I told him I didn’t have one but he wanted to know if I ate meat everyday.

Alfred Russel Wallace. Included in a letter to Sir William Jackson Hooker; printed in Volume 8 of Hooker’s Journal of Botany in 1856.

The second object of my especial admiration [after bamboo] is the Durian, a fruit of which we hear little in England, where all praise is given to the Mangosteen, while the Durian is generally mentioned as a fruit much liked by natives, but whose offensive smell renders it disagreeable to Europeans. There is however no comparison between them; the Mangosteen resembles a peach or a grape, and can hardly be said to be superior, if equal, to either; the Durian, on the other hand, is a fruit of a perfectly unique character; we have nothing with which it can be compared, and it is therefore the more difficult to judge whether it is or is not superior to all other fruits.

The Durian grows on a large and lofty forest-tree, something resembling an Elm in character, but with a more smooth and scaly bark. The fruit is round or slightly oval, about the size of a small melon, of a green colour, and covered with strong spines, the bases of which [[p. 229]] touch each other, and are consequently somewhat hexagonal, while the points are very strong and sharp. It is so completely armed that if the stalk is broken off it is a difficult matter to lift one from the ground. The outer rind is so thick and tough that from whatever height it may fall it is never broken. From the base to the apex five very faint lines may be traced, over which the spines somewhat curve and approximate; these are the sutures of the carpels, and show where the fruit may be opened with a heavy knife and a strong hand. The five cells are silky-white within, and are filled with a mass of firm, cream-coloured pulp, containing about three seeds each. This pulp is the eatable part, and its consistence and flavour are indescribable. A rich custard highly flavoured with almonds gives the best general idea of it, but there are occasional wafts of flavour that call to mind cream-cheese, onion-sauce, sherry-wine, and other incongruous dishes. Then there is a rich glutinous smoothness in the pulp which nothing else possesses, but which adds to its delicacy. It is neither acid nor sweet nor juicy; yet it wants neither of these qualities, for it is in itself perfect. It produces no nausea or other bad effect, and the more you eat of it the less you feel inclined to stop. In fact, to eat Durians is a new sensation worth a voyage to the East to experience.

The smell of the ripe fruit is certainly at first disagreeable, though less so when it has newly fallen from the tree; for the moment it is ripe it falls of itself, and the only way to eat Durians in perfection is to get them as they fall. It would perhaps not be correct to say that the Durian is the best of all fruits, because it cannot supply the place of subacid juicy fruits such as the orange, grape, mango, and mangosteen, whose refreshing and cooling qualities are so grateful; but as producing a food of the most exquisite flavour it is unsurpassed. If I had to fix on two only as representing the perfection of the two classes, I should certainly choose the Durian and the Orange as the king and queen of fruits.

A Requiem For Improvisation @ Camelot Lounge

Back to the city