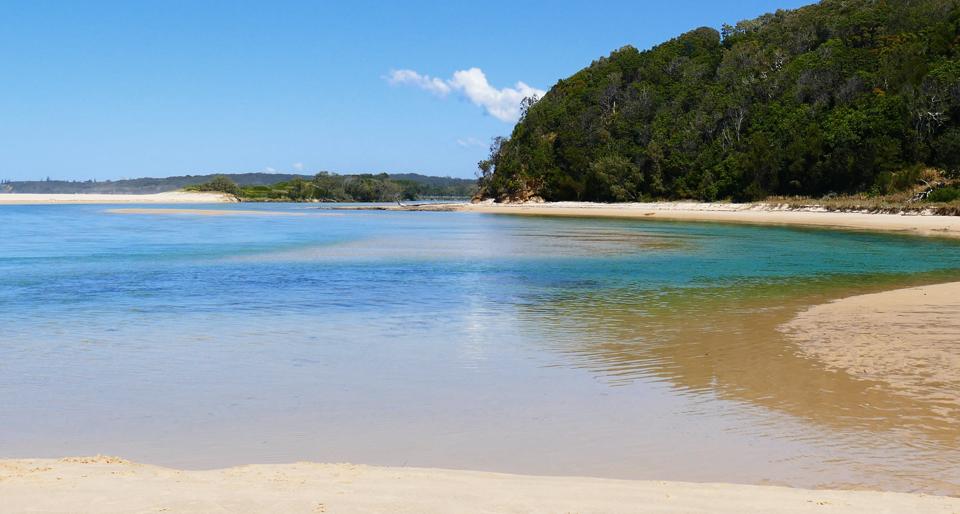 You had never been here, couldn’t believe the colour of the sand,

white as whitewash, how blue, how green the water bright as glass.

On a sand spit in the centre of Deep Creek at low tide, two Sooty

one red eye each. I take a photograph and holster the camera. 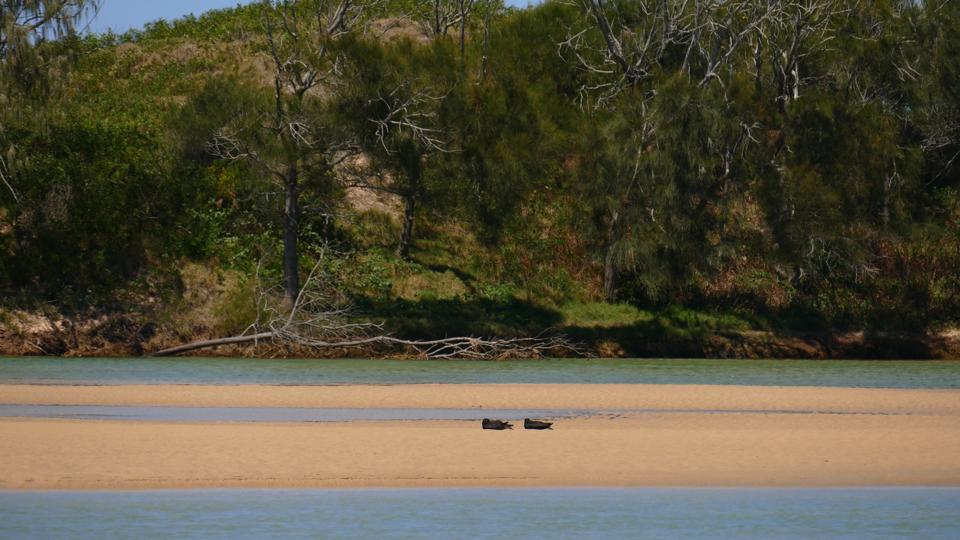 They stand, one stretches a wing then jumps the other, too quick

for my lens, all over in a second, the female bending her body

(the graphics obscured by the pitch black on black and distance,

but she would have moved her tail aside, he will have arched his body

to rub his cloaca on hers and in a flash switch sperm in a ‘cloacal kiss’).

They look identical to me, it’s lucky they can sex each other.

Apparently, the female is sometimes slightly larger than the male

with shorter wings and a broader bill. They mate for life and there’s

one record of a pair defending the same nesting site for 20 years.

After an awkward dismount, flapping one wing for balance, he stood

as if in deep thought then seconds later they took off in synch, singing

over the fragile water, bills facing down, piping a love duet until the song

in casuarinas plaiting the forest at our backs, if you listened hard enough.

What future? Interview with Ross Macleay