A card arrived from Grayson Perry today, via Janet who bought it, put a stamp on it, addressed it and wrote on its back.

I briefly tried to do that in teh seventies when I had a camera. it was easier in those days when film was expensive before digital arrived like a motordrive on steroids. Now I take images as research, as records and as aide memoires and few are taken in those precious moments when the camera sees something, no one else can.

On the way back from getting the paper and croissants we noticed a white rabbit hiding next to a Satin Bowerbird’s bower. I took one  shot of the rabbit and one of the bower for the record. 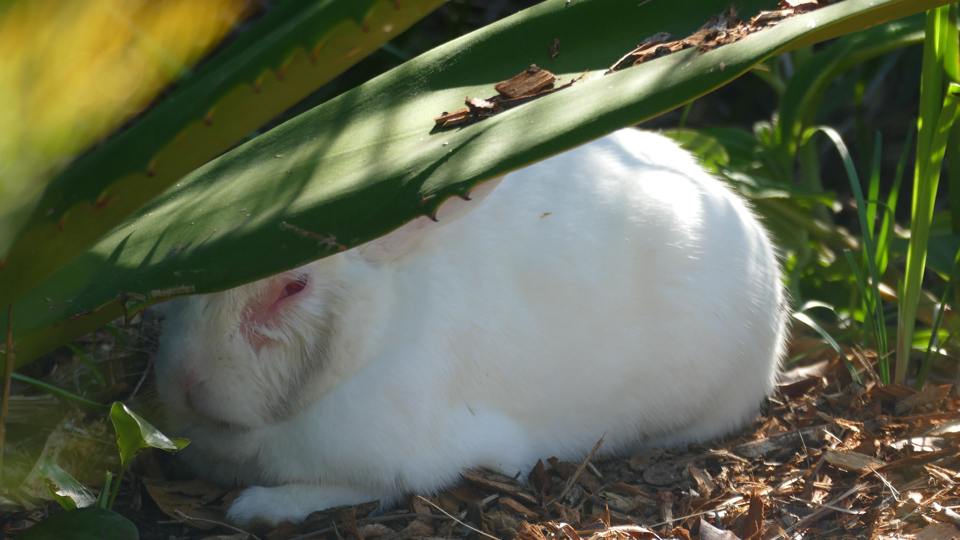 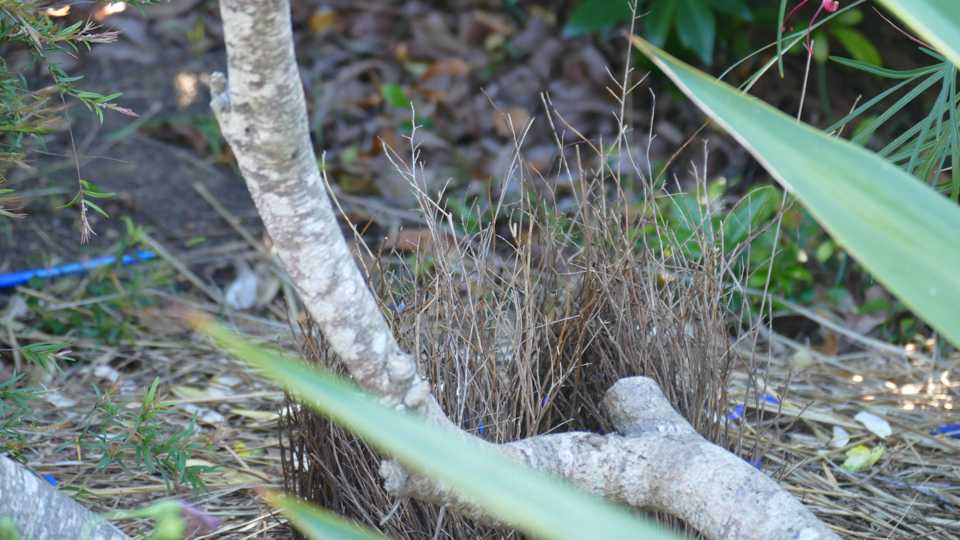 We found that white rabbit later in our garden, and wondered how to get rid of it humanely.
I thought I’d check the cafe first to see if any child was missing a rabbit. 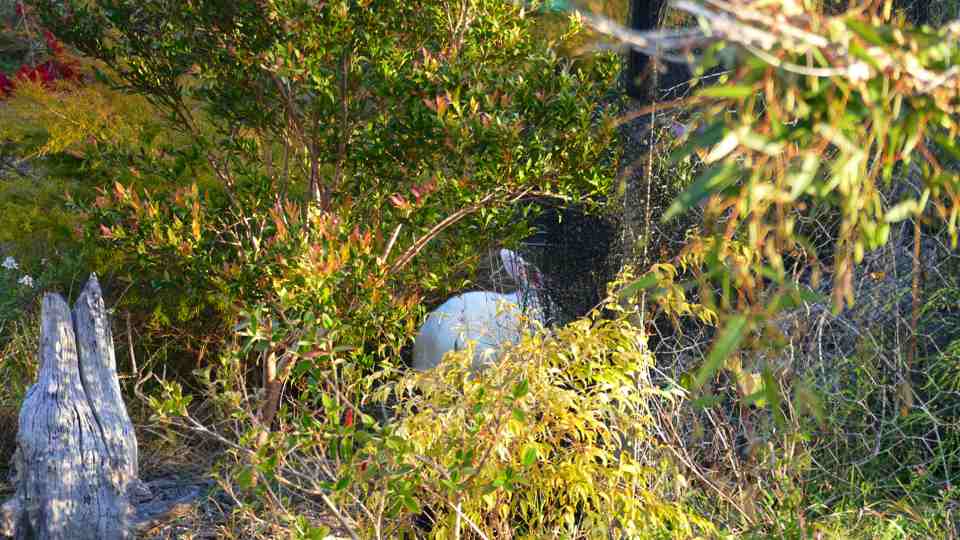 The image below is from our garden and was taken later this afternoon, a copy of one I took this morning, but the light was better (a rare repeat). It is an image trying to become art. 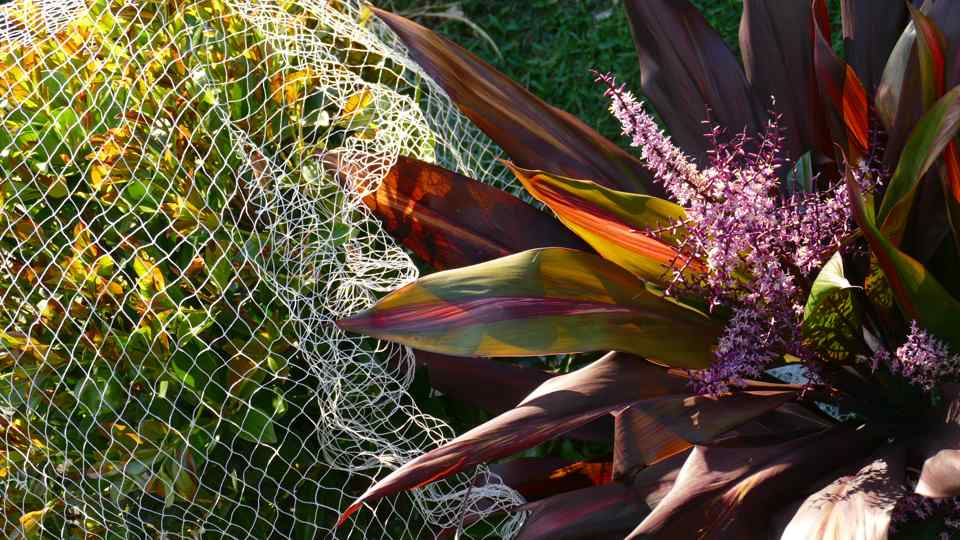 Then I noticed a Rainbow Lorikeet feeding in the Bottlebrush . . . and beauty attracts the lens. 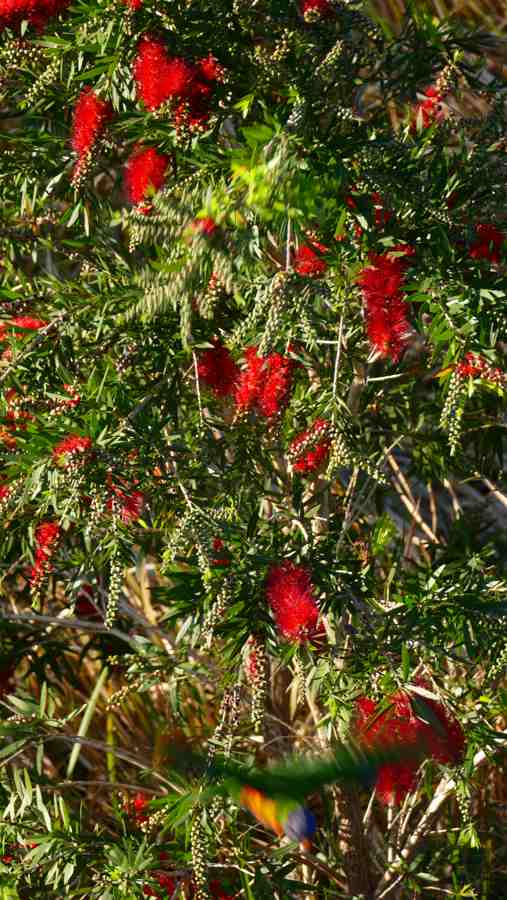 And finally we went down for a picnic on the beach while waiting for the Blood moon.

I am no technical photographer, never use a tripod, never stay for the light. I am more of a flaneur with a camera.

I am not that dedicated a photographer nor that talented – I’m thinking of the film I saw earlier this year about  Sebastiao Salgado ‘The Salt of the Earth’ 2014 film by Wim Wenders and Salgado’s son Juliano Ribeiro Salgado. I am much more interested in using my images with my poetry, in a fruitful dialectic, something different – see photovoltaic poetry. 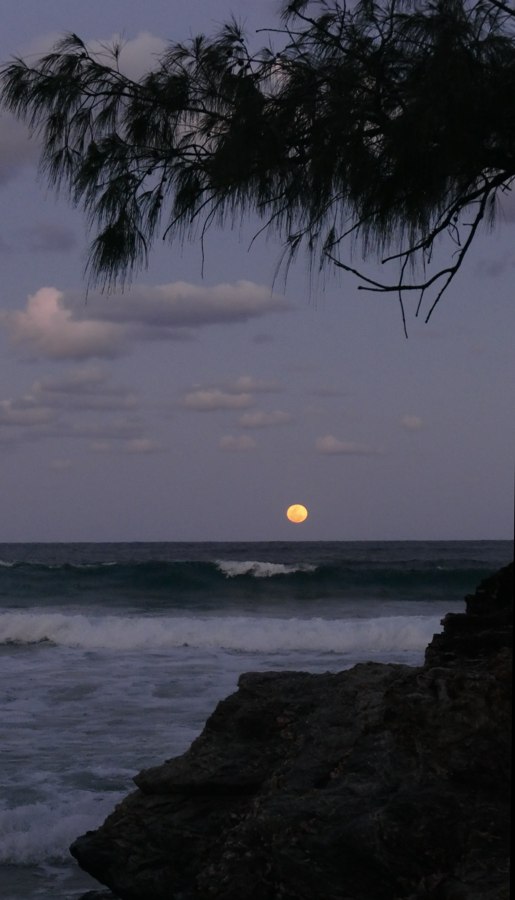 About fifteen years ago I went to a talk by Adam Fuss at the Art Gallery of NSW. He gets bored with photographs taken by cameras even the good ones there are millions we have all seen: ‘No matter how great the image there was something inherently boring about it [photographs taken with a camera] as if painters all used the same brush and same brush strokes.’

He was using photograms, life sized and so ‘more real, more intimate.’ He showed slides of his work. There was one photo of the top half of his erect penis ejaculating. A man in the audience asked how big the photograph was. ‘Only in Australia’, muttered Fuss. His exhibition of dead rabbits and rabbit intestines was called ‘Details of Love’. Two rabbits pose their guts hanging our and intermingling, the chemicals from the guts add colour to the photogram. Fresh rabbits were best for the colour so a rabbit procurer called Fred showed him how to hit them on the head hard, he would eat them afterwards as a moral thing.

I asked a question about exposure times in the photograms. He complained ‘because it’s photography, people have technical questions that frustrates me.’

So, is photography an art? Well I think it is obvious that it can be, but drawing the line is impossible. And critics like Benjamin and Barthes and Sontag don’t help here. Art is about aesthetic experience, theory and technical questions may come much later.

One sign that the art world finally accepted the status that photography aspired to was when John Szarkowski was appointed head of the photography In the Museum of Modern Art, New York, succeeding Edward Steichen. Szarkowski  curated a show called New Documents in 1967, featuring Gary Winogrand, Diane Arbus, Lee Friedlander and William Eggleston in the theoretical context of Clement Greenberg’s formalism. His original press release.

If you are interested in these photographers and their particular eye (without Greenberg), I recommend Geoff Dyer’s The Ongoing Moment (Little, Brown, 2005). Dyer does not claim to be an expert and didn’t at the time own a camera. Maybe he does now, everyone has one on their phone.

Sean O’Hagan asks, ‘Was John Szarkowski the most influential person in 20th-century photography?’ He believes, ‘Everyone who cares about photography is in his debt.’