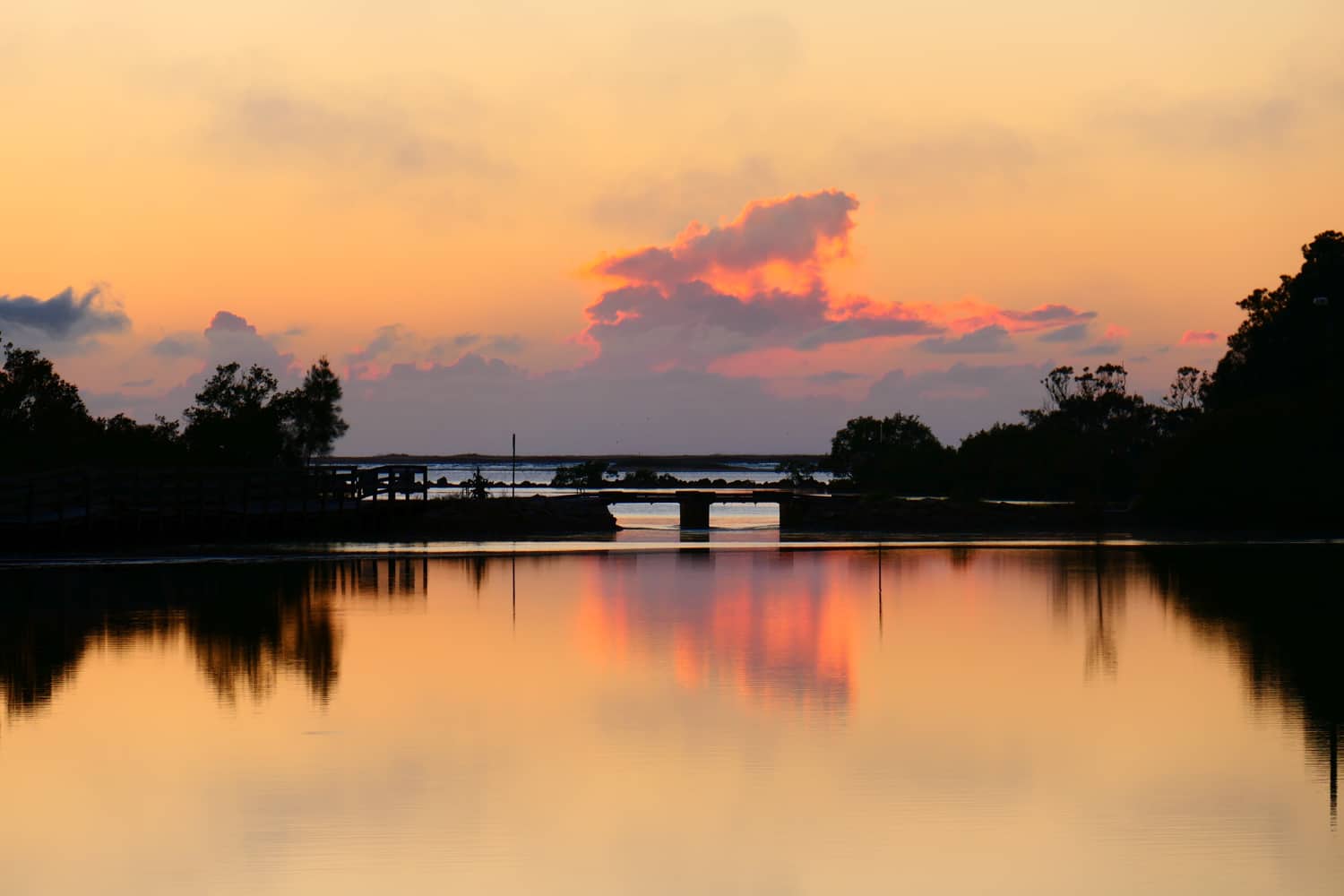 Why are animals all different sizes? The Pelican
dwarfs a Silver Gull in the Nambucca River. 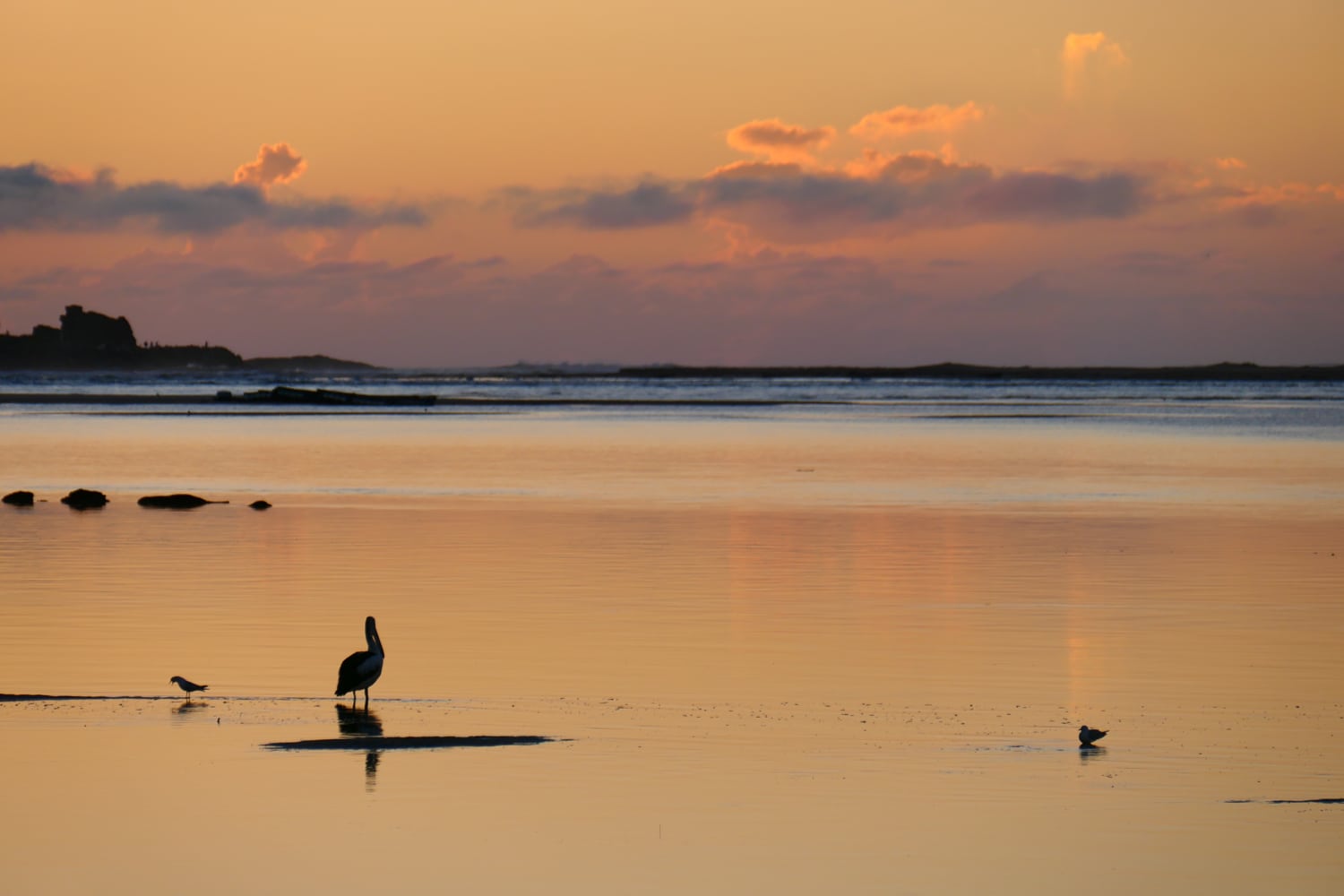 Further down, near the mouth, a Pied Cormorant
leaps from beside a scatter of swallows. 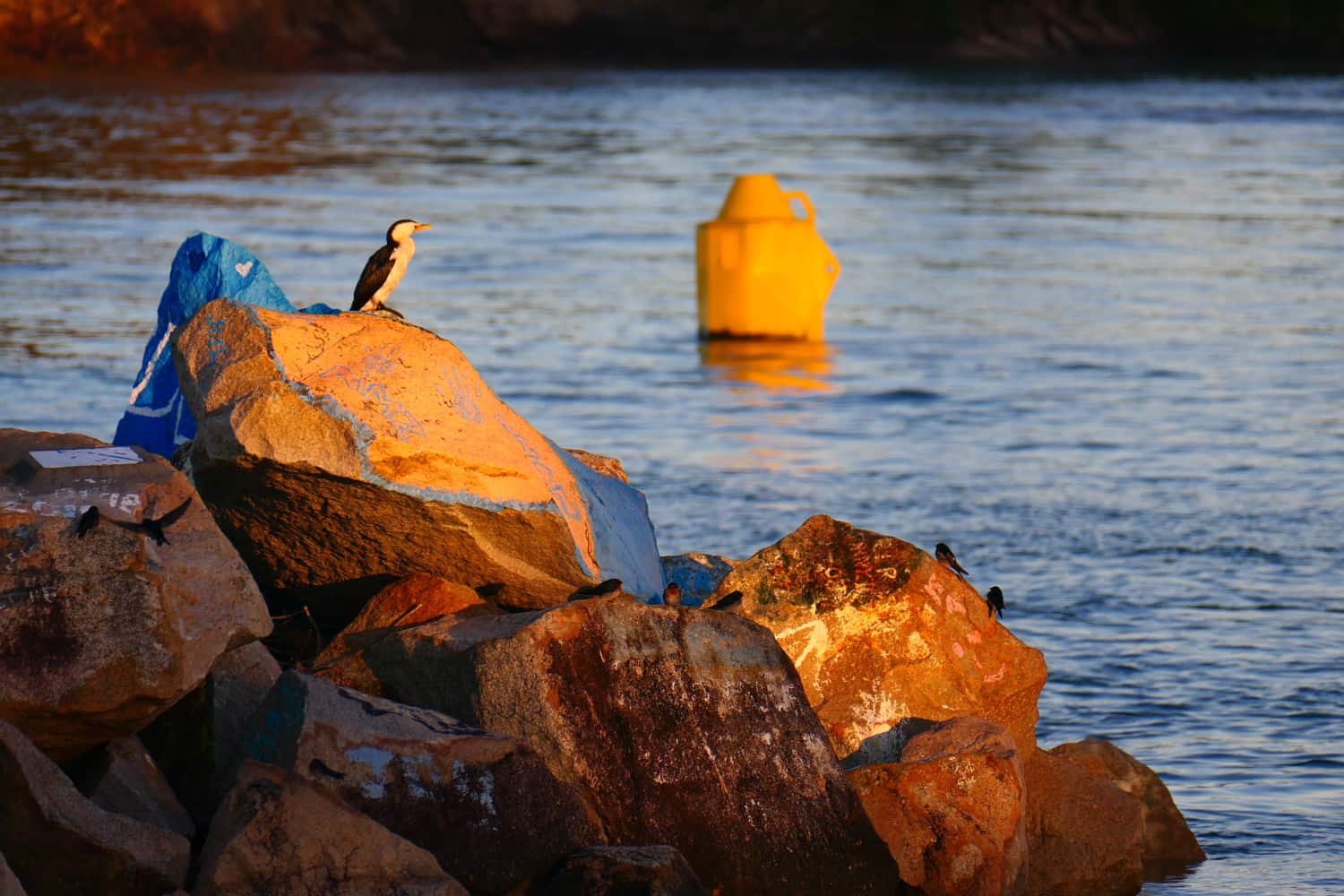 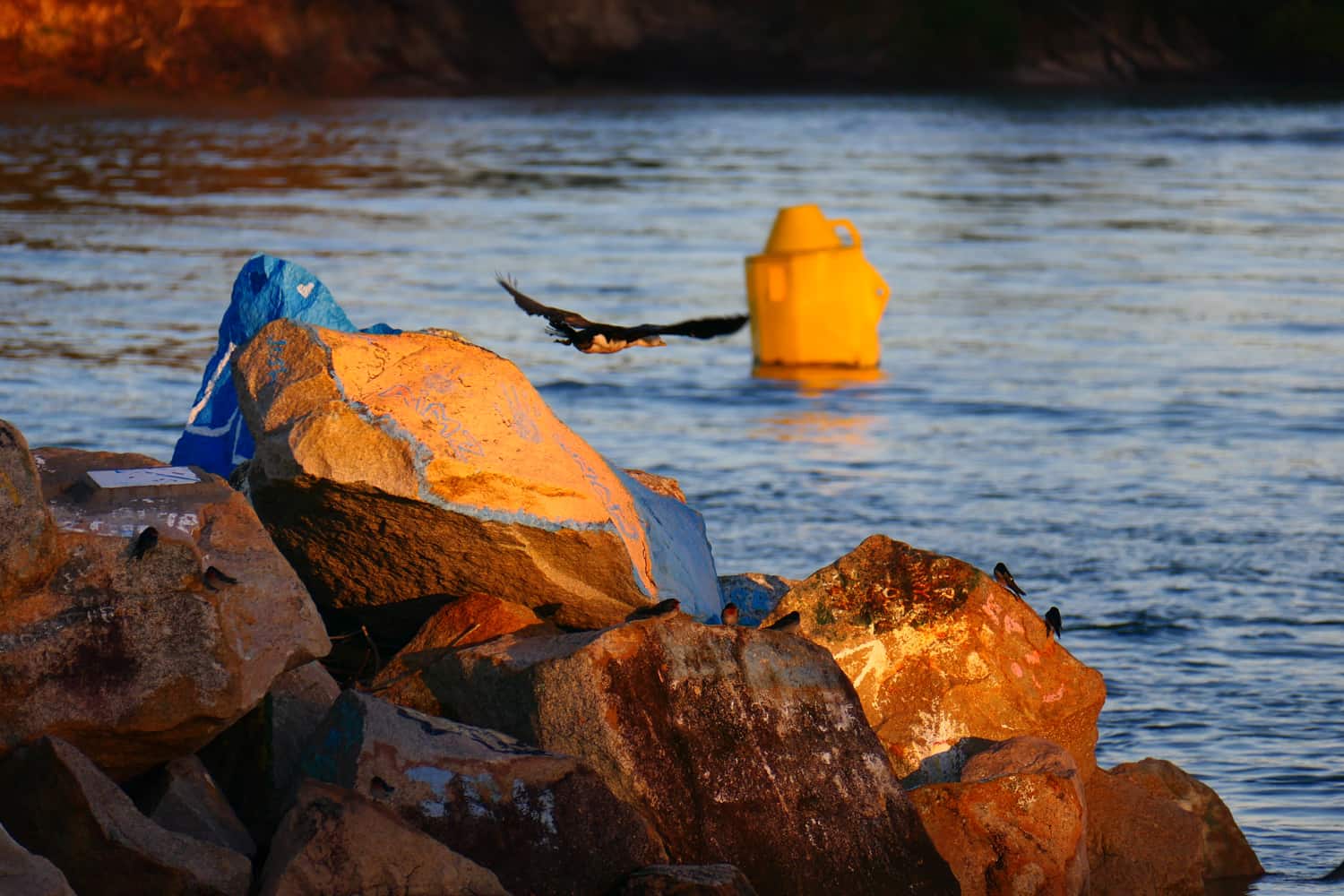 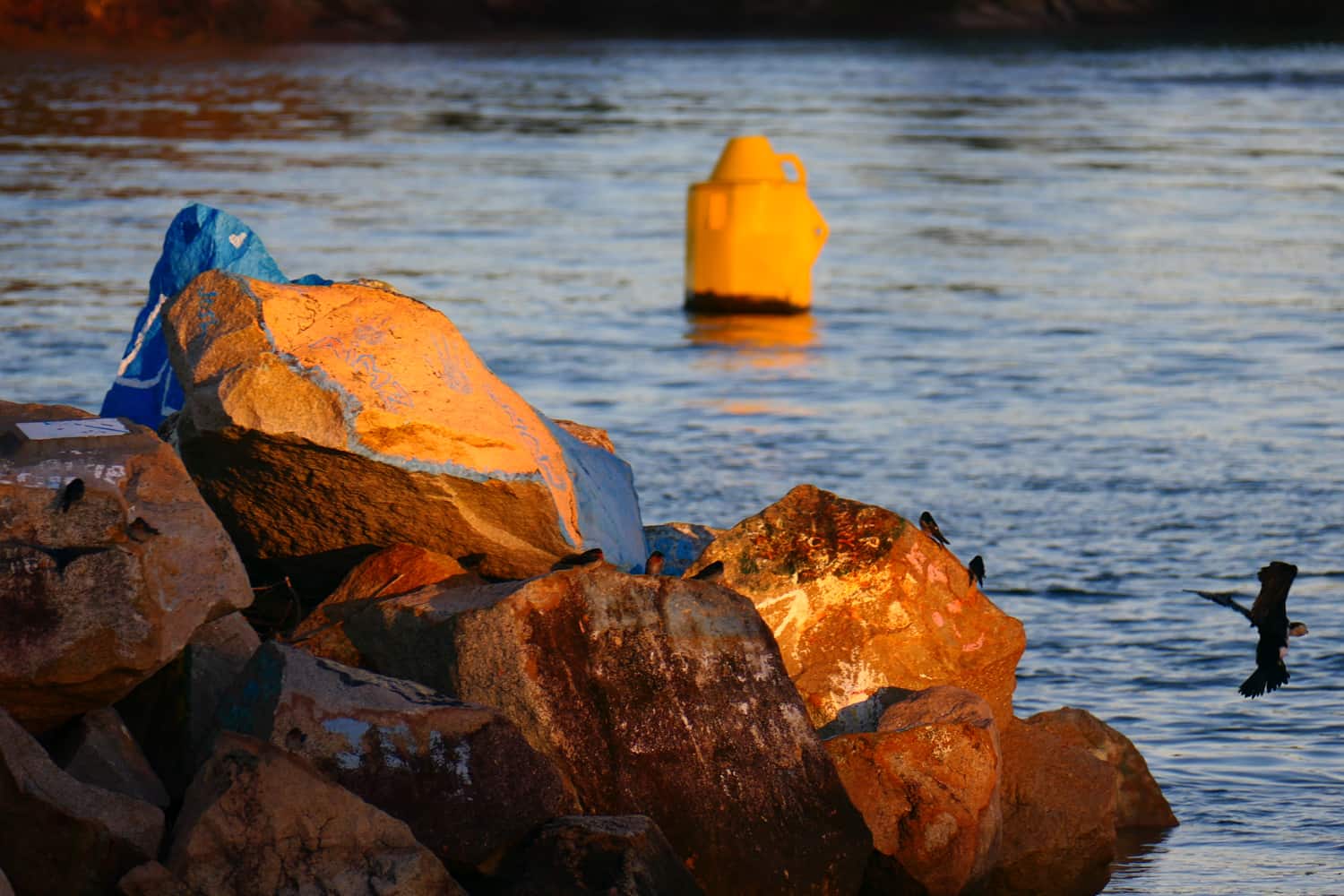 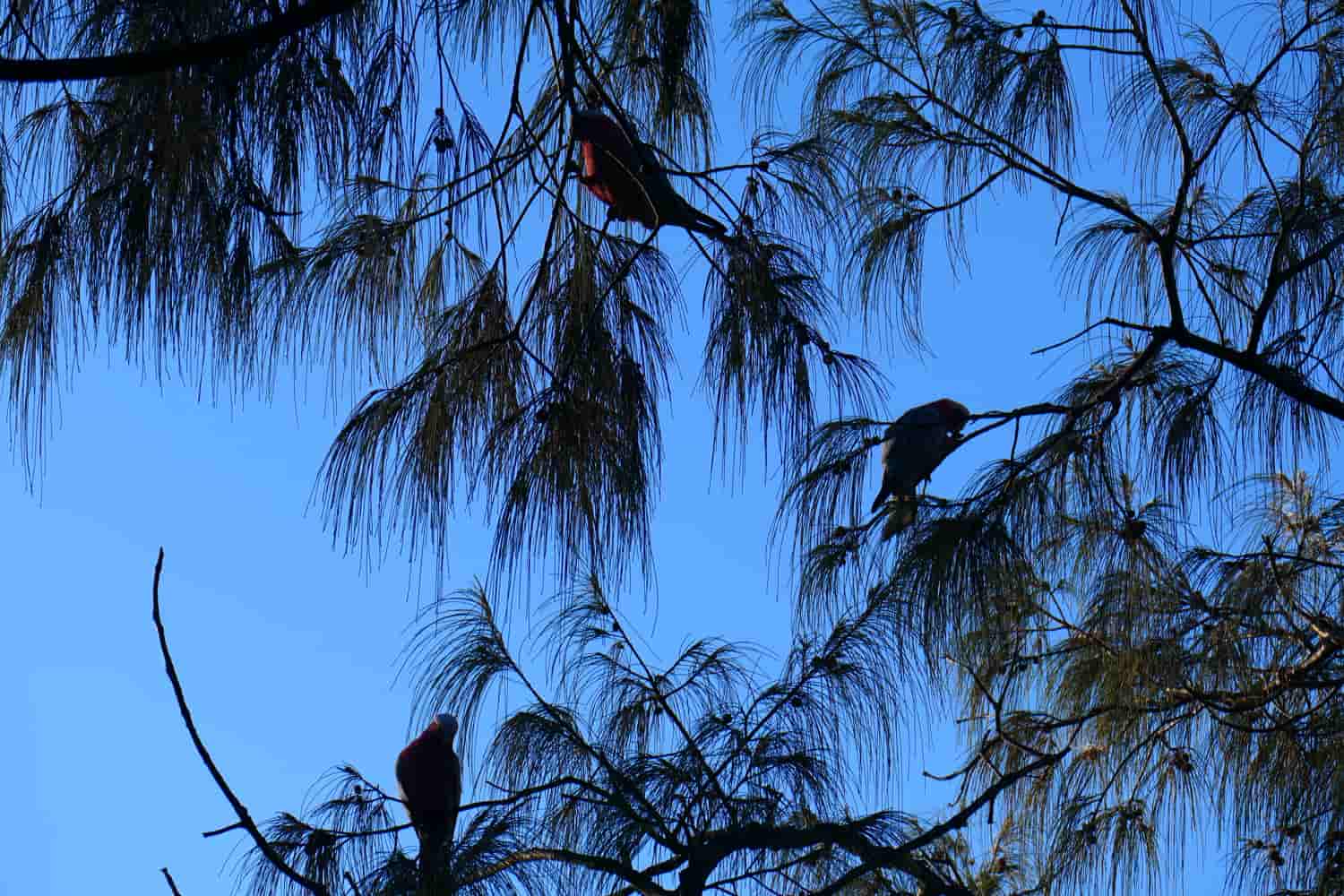 Watching Galahs feeding on the casuarinas
watching me below them, almost within reach. 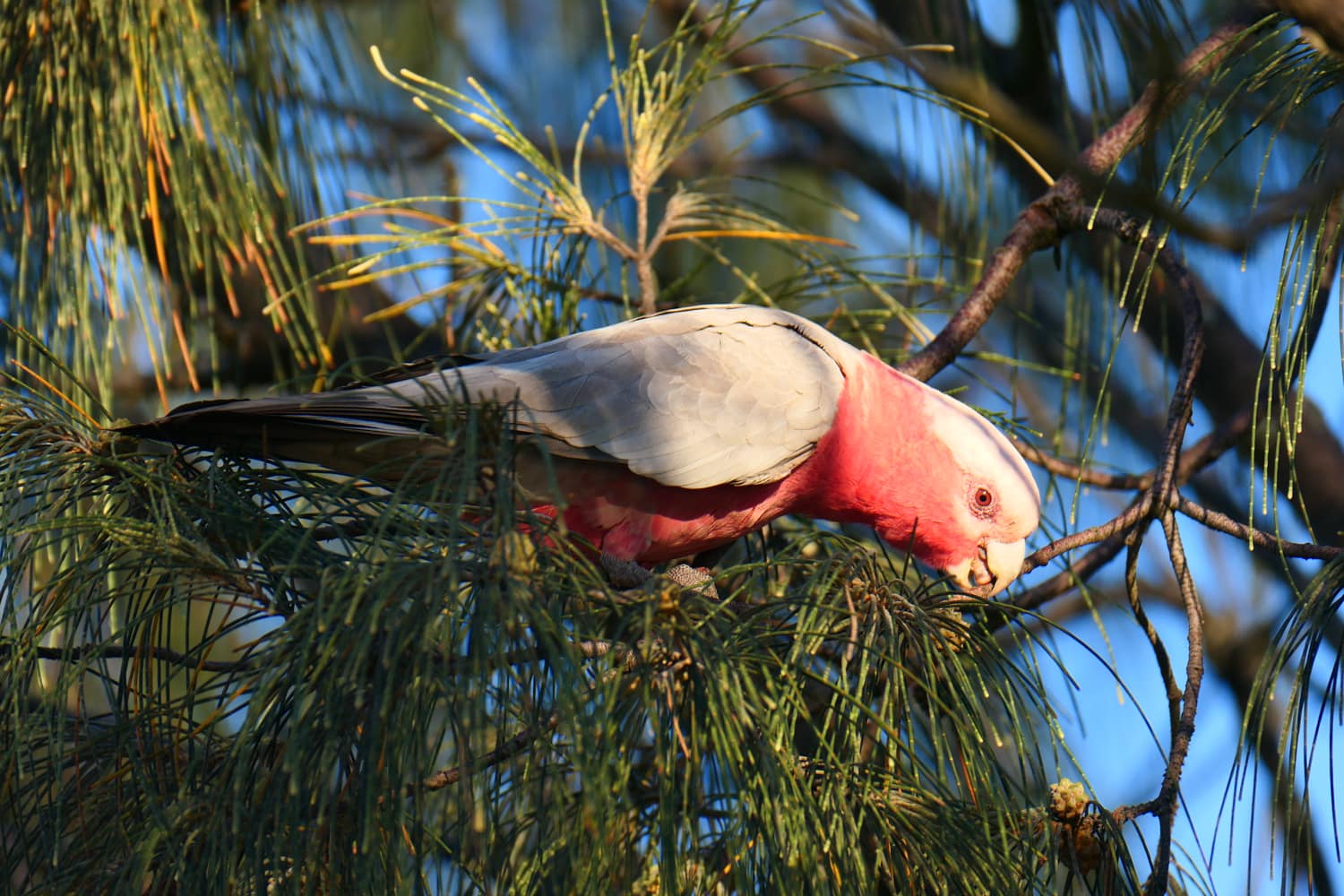 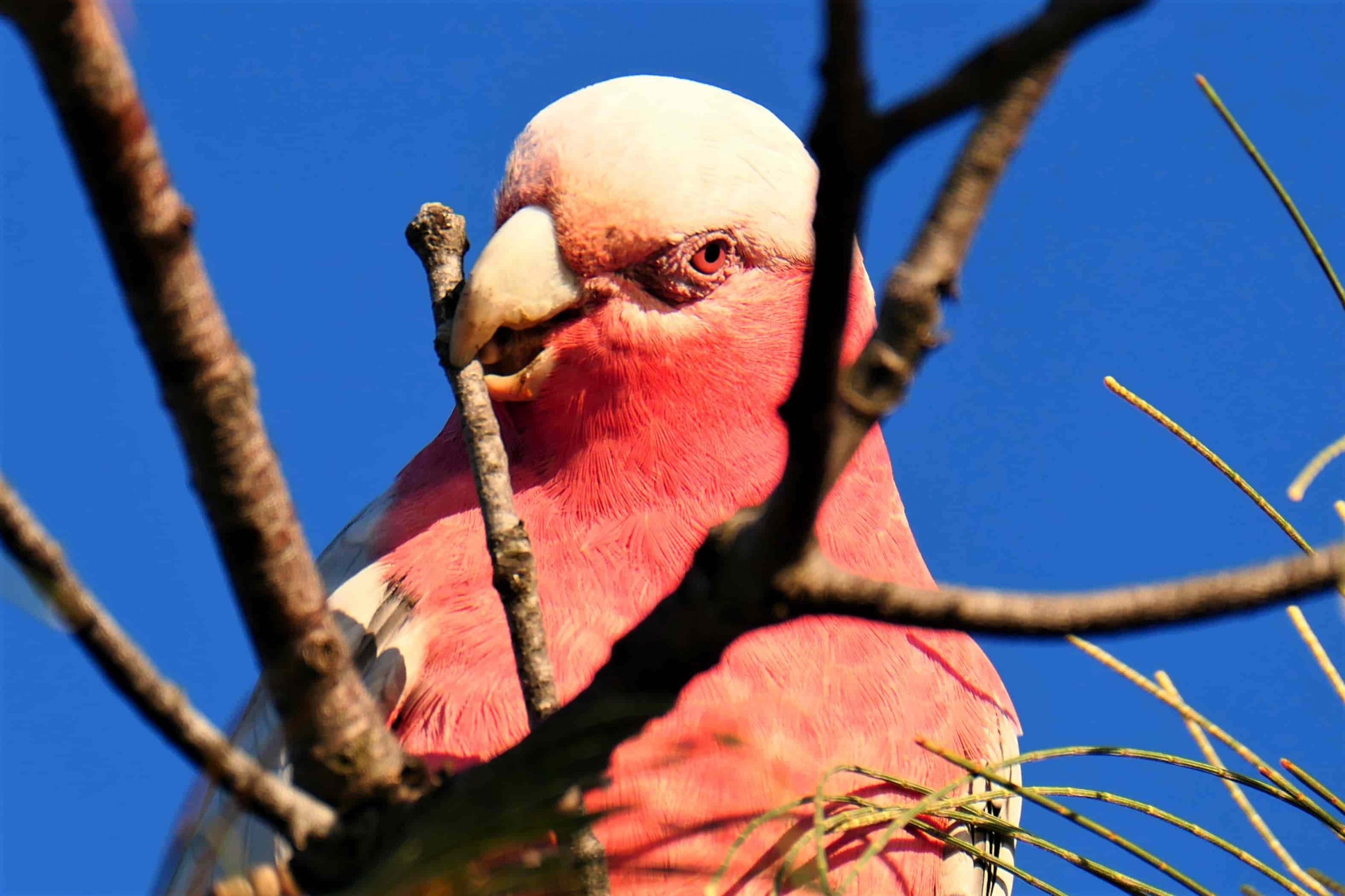 Their ancestors felt the air shudder as Gondwana
tore off Australia through immense tectonic power. 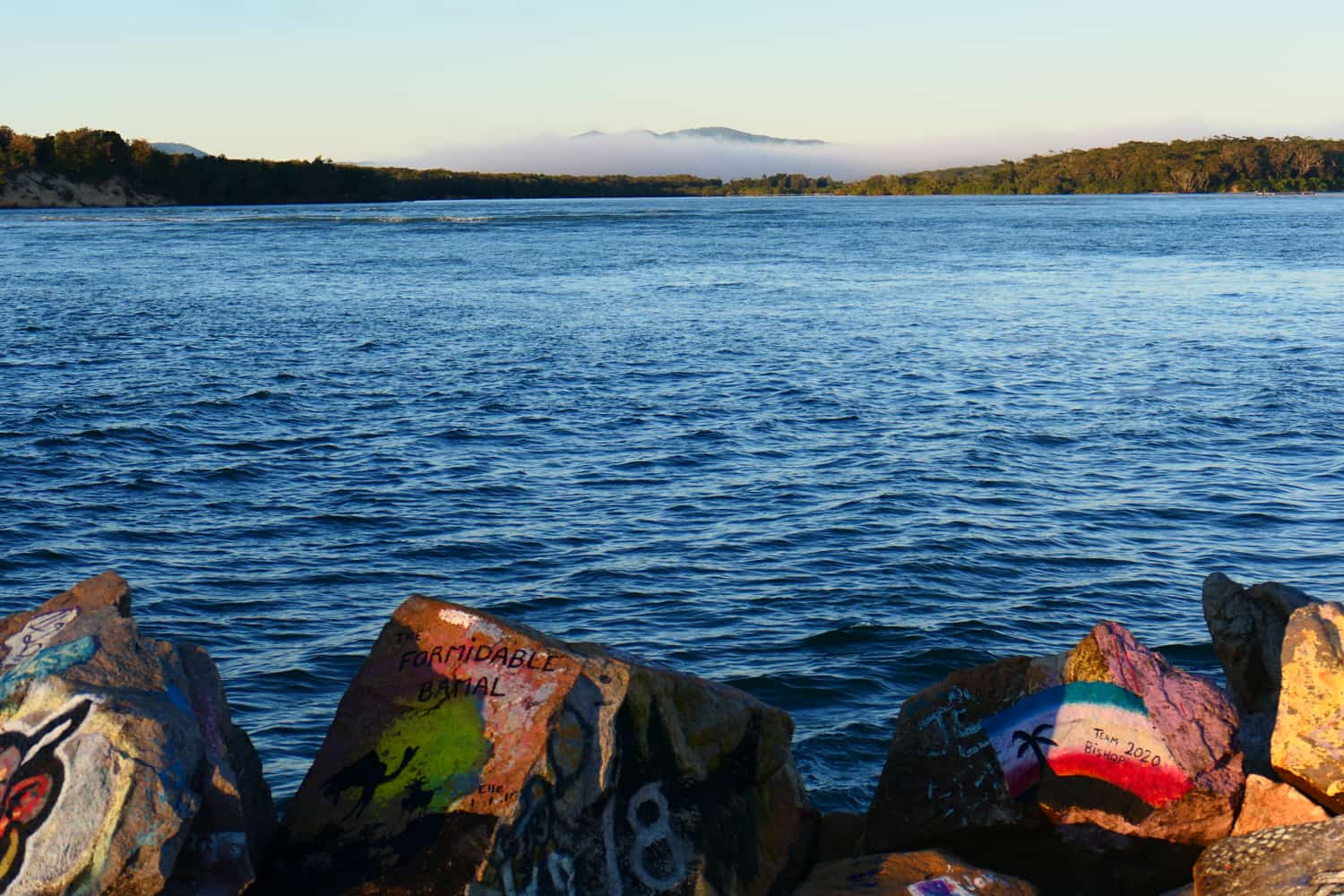 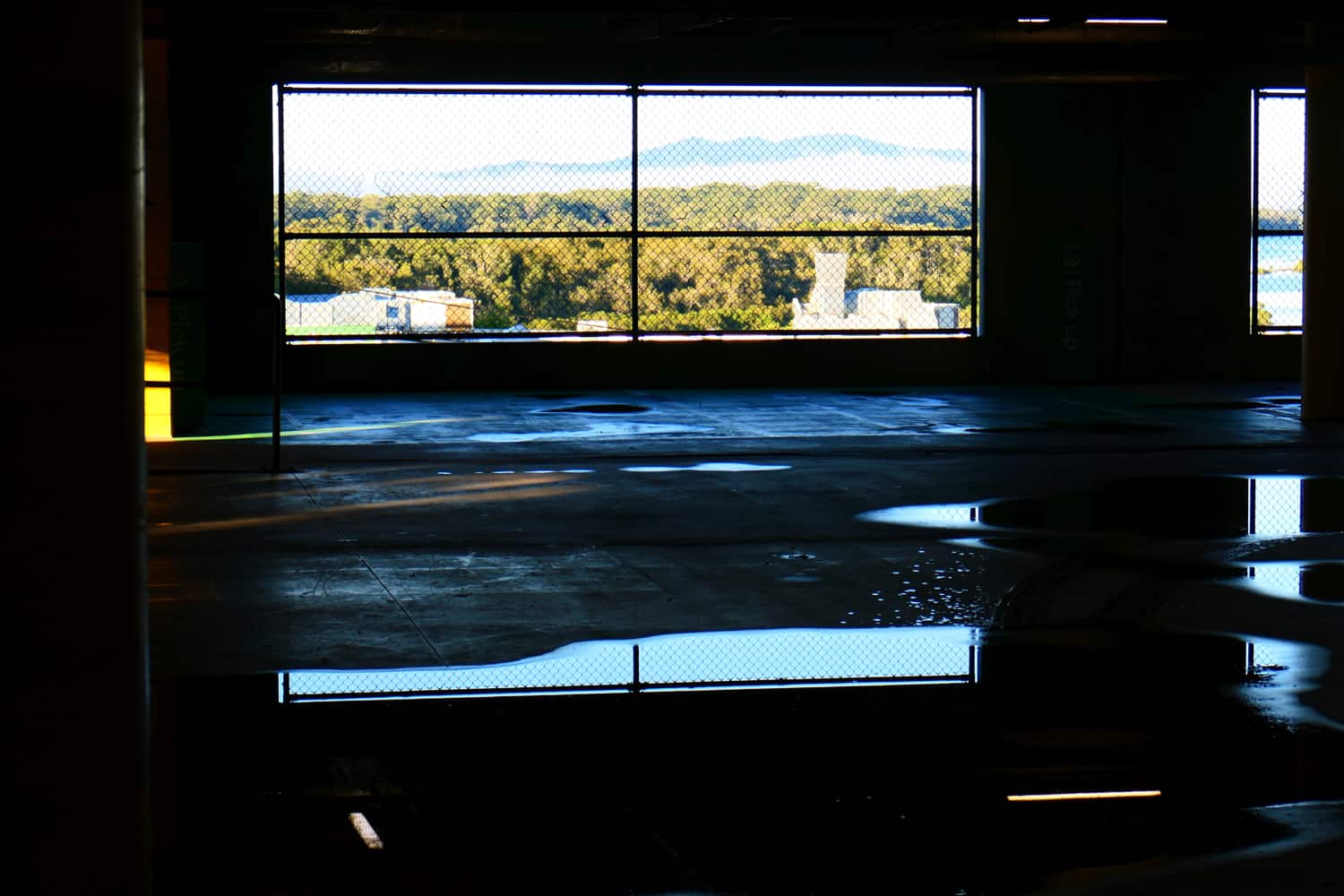 Yarriabini from a supermarket car park. 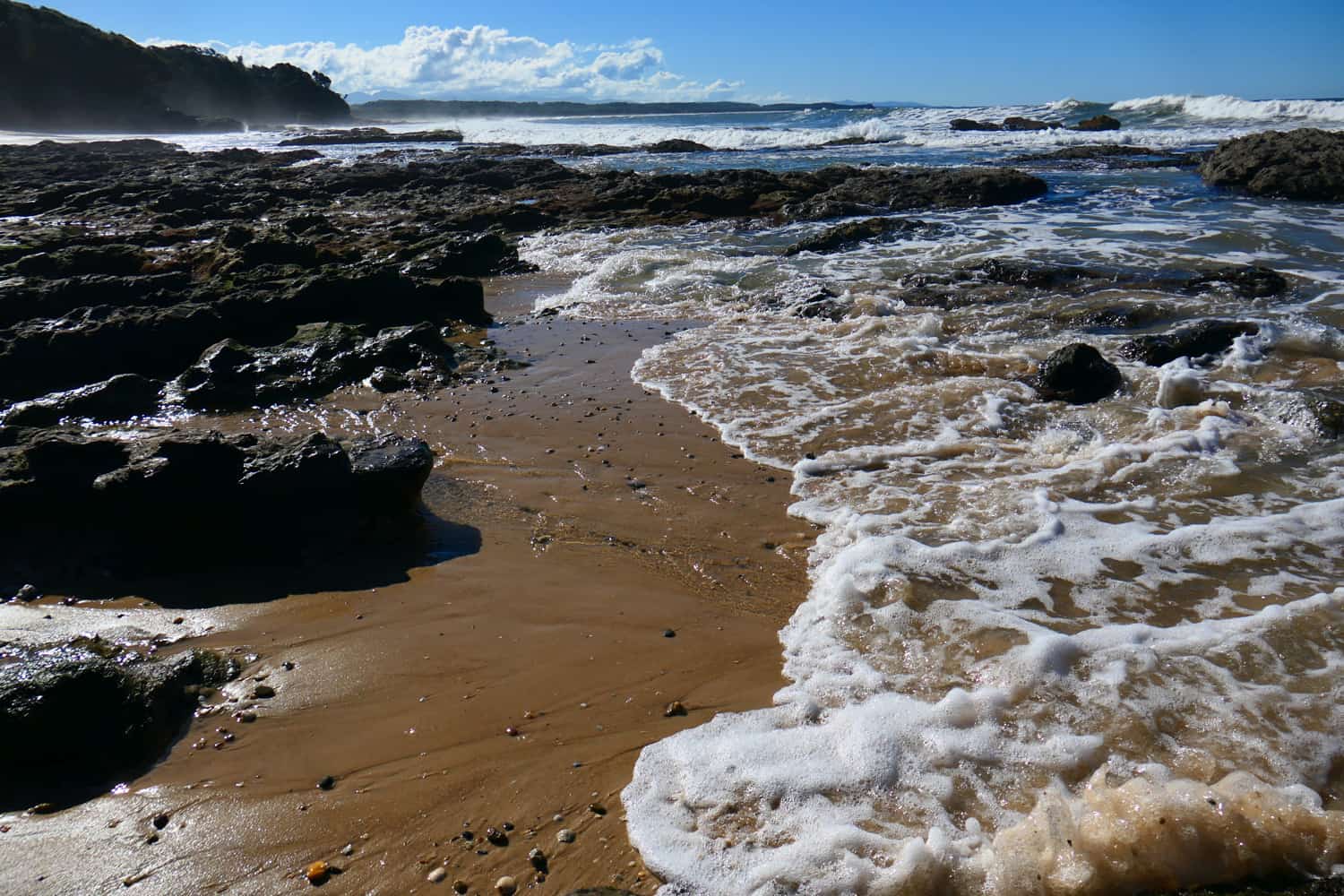 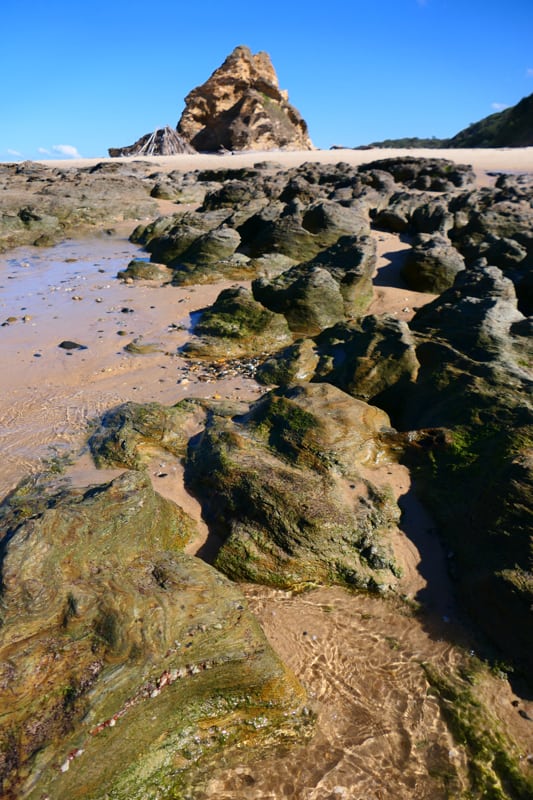 So this is my second childhood, back among the rockpools, searching the dank nooks and crannies, for the known and unknown 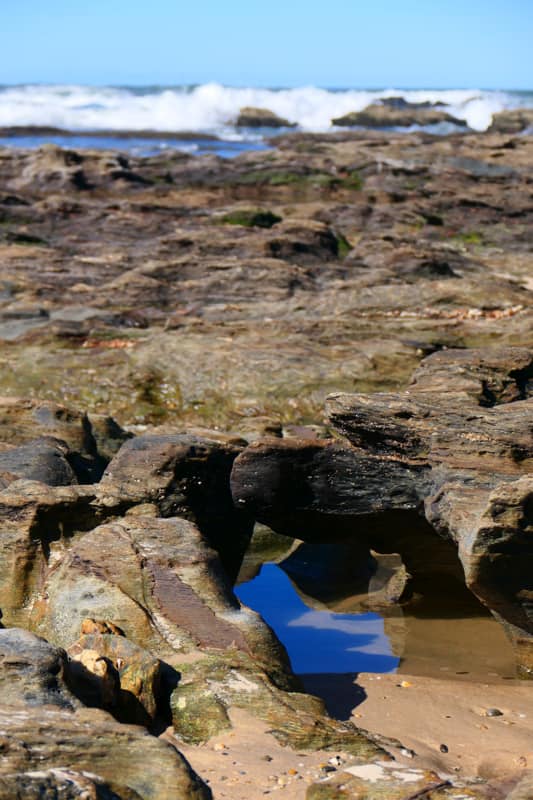 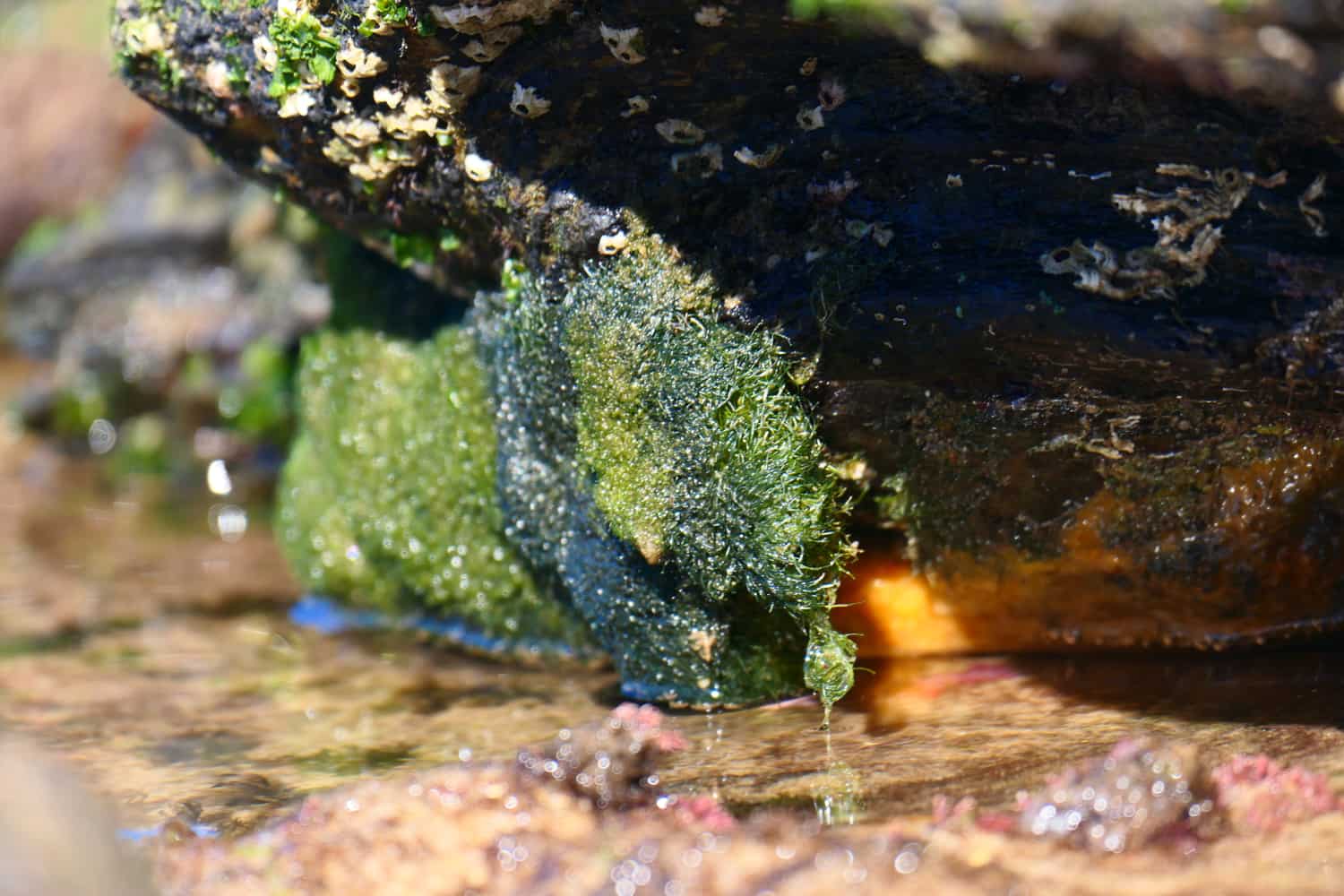 The ground a residential labyrinth, even archways,
the smallest fish among Neptune’s Necklace dart
close to the surge waving tassels of red algae fringing
pools with gleaming bulbous buttons installed in shelves.
I can’t help treading on the litter of tiny silver seeds
but easily avoid giant barnacles crowning the rock. 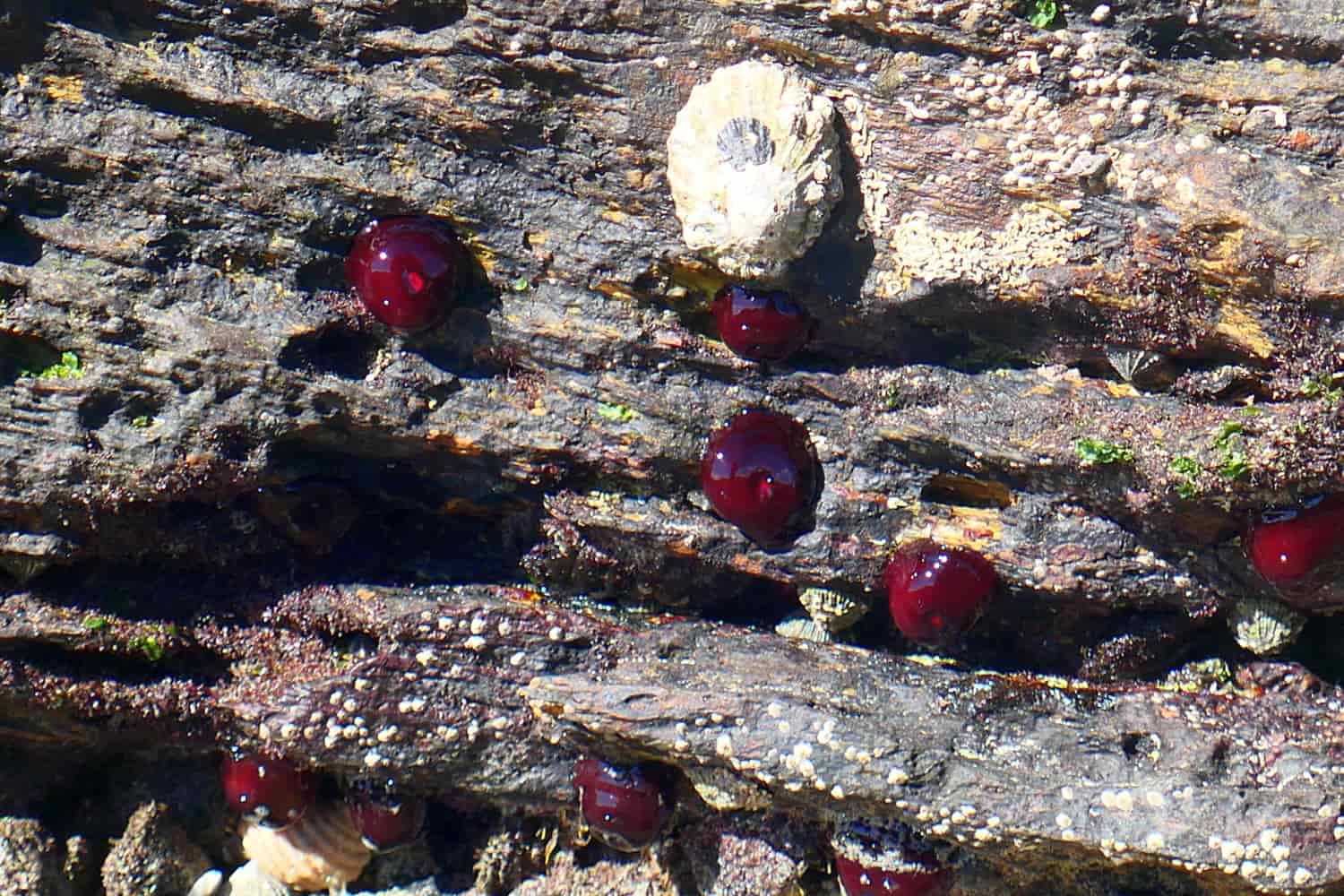 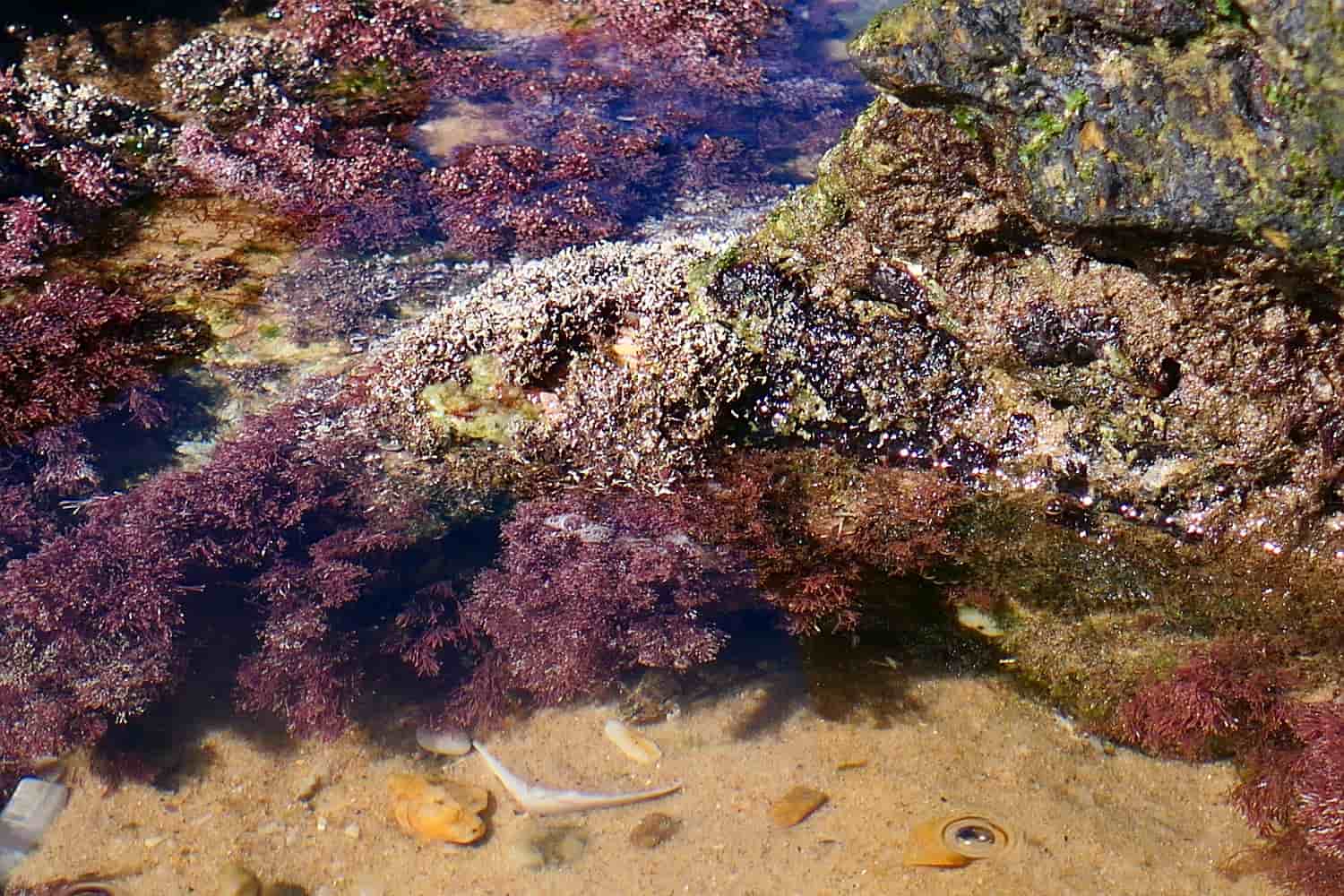 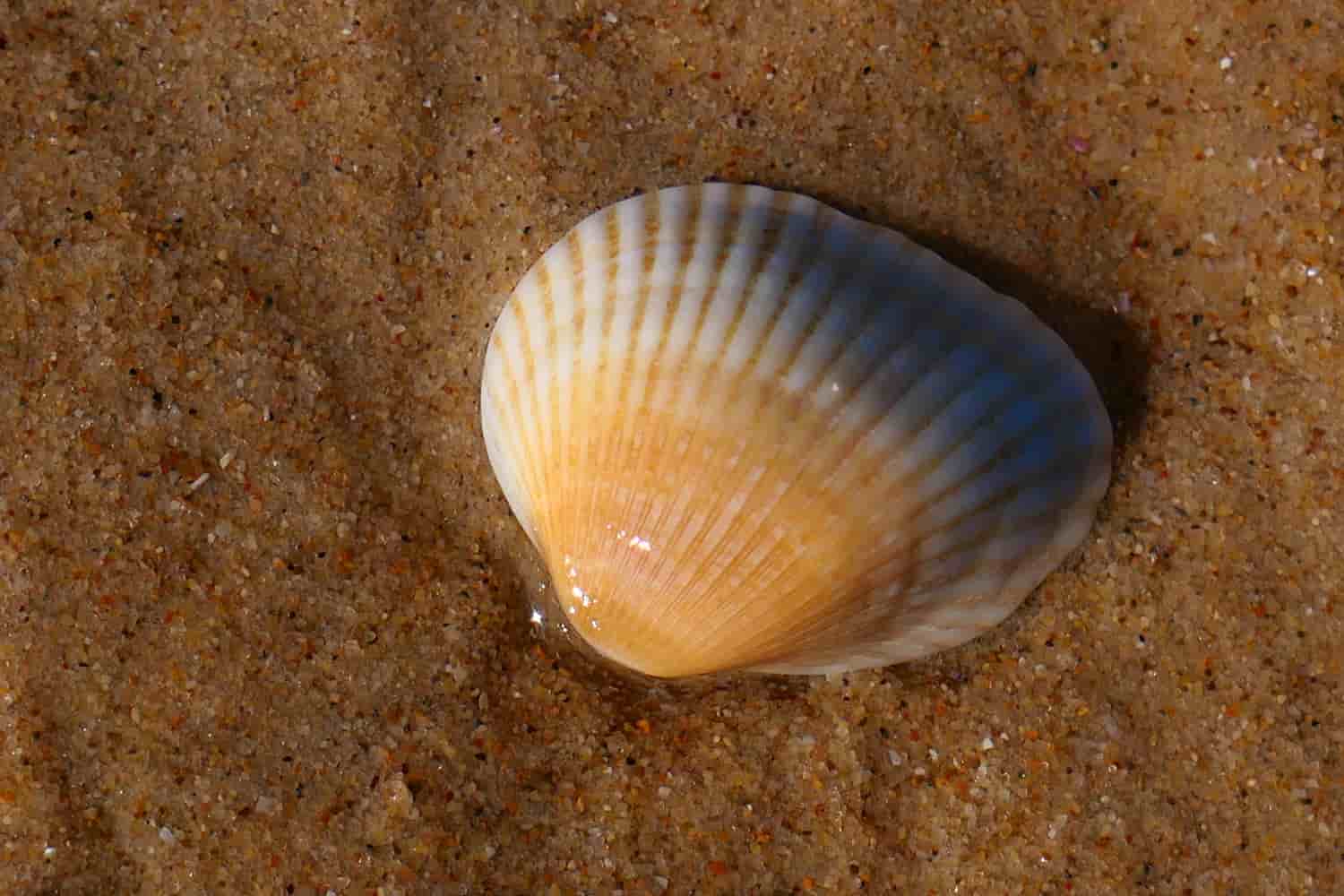 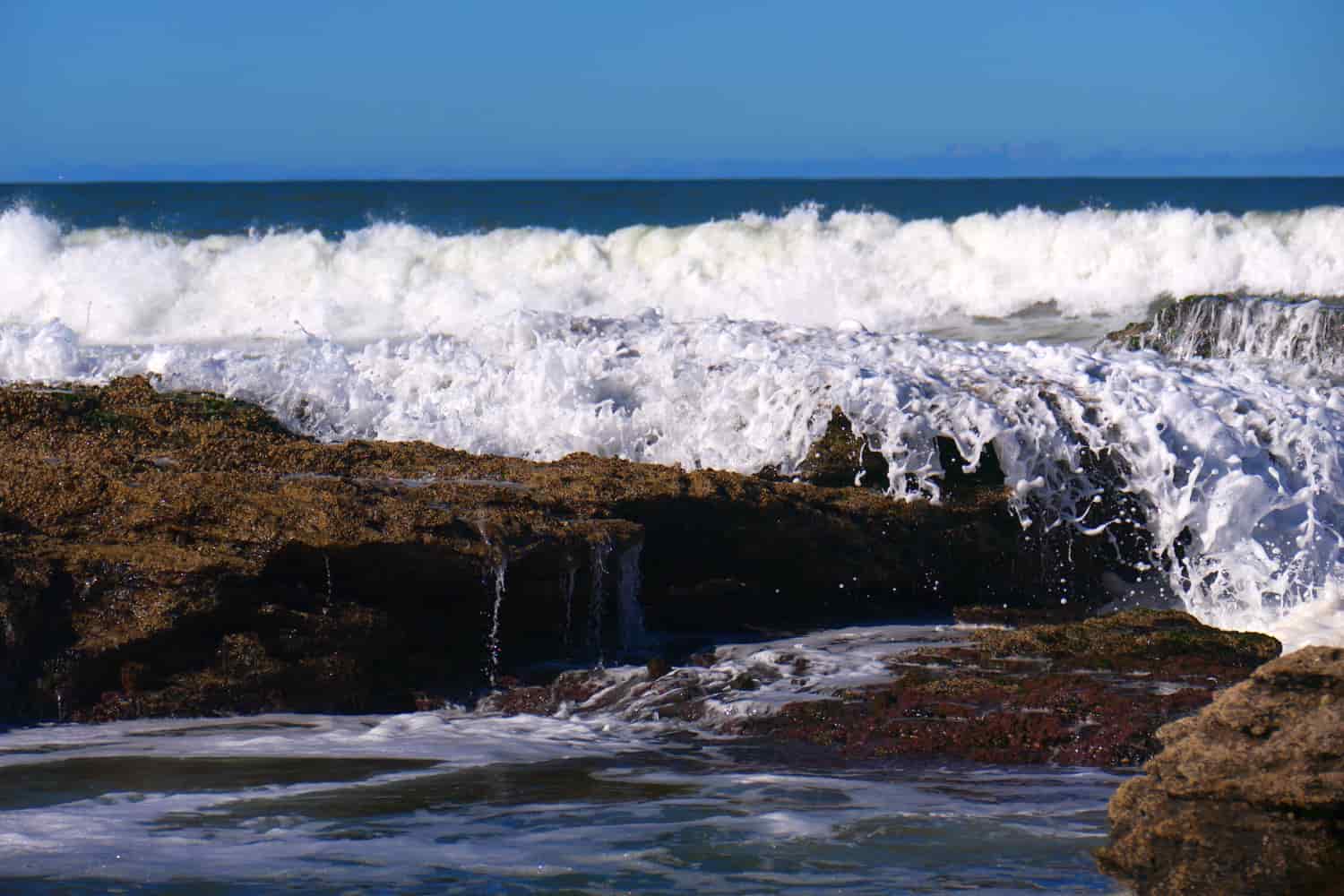 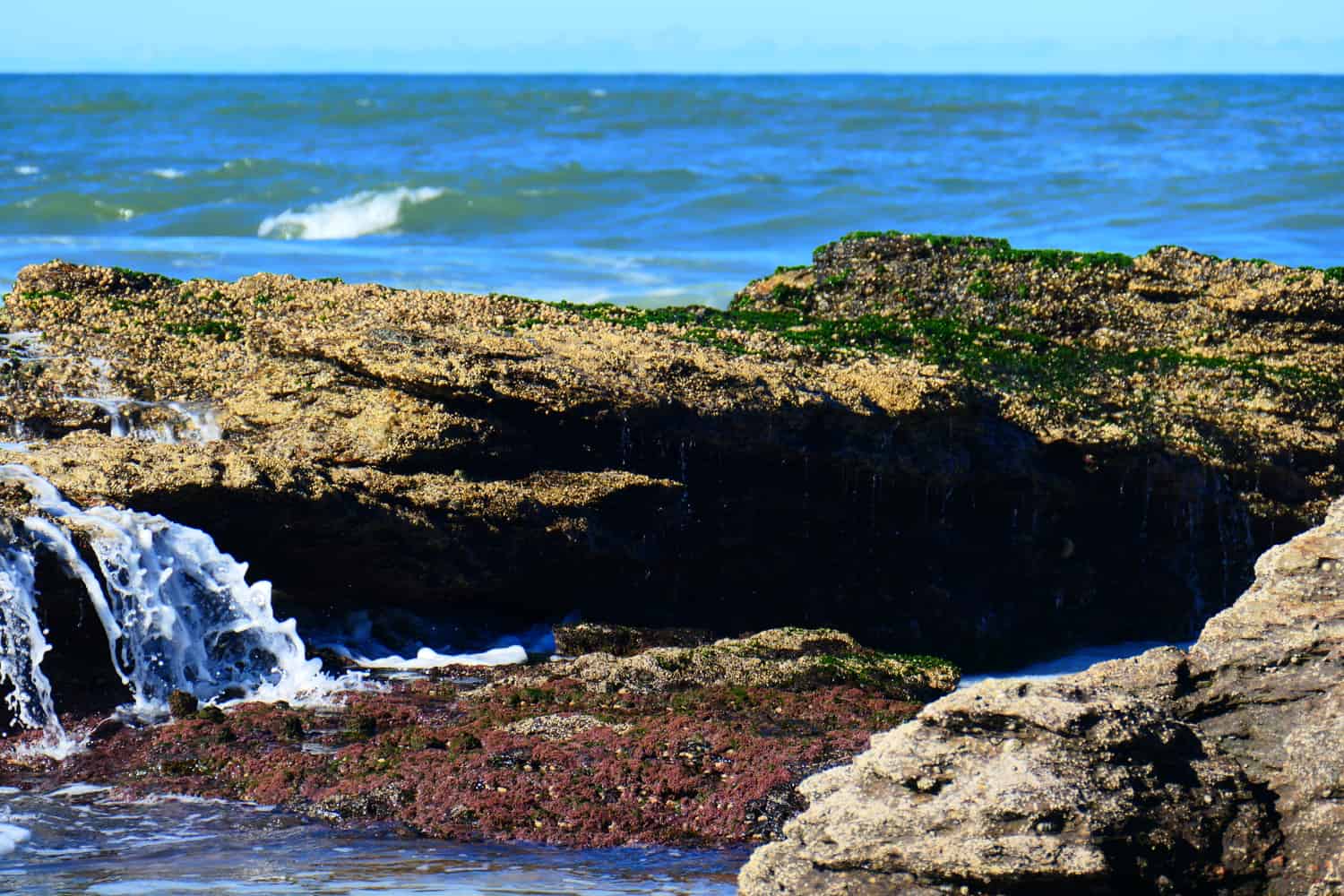 Strands of lace anoint the rocks lightly, predictable
rehabilitation, but for us? This is one world
the ocean is chewing our edge, the racket
somehow failing to register, unlike the warning
the Sooty Oystercatchers make, they are coming,
but a pair of Brahminy Kites are faithful to silence. 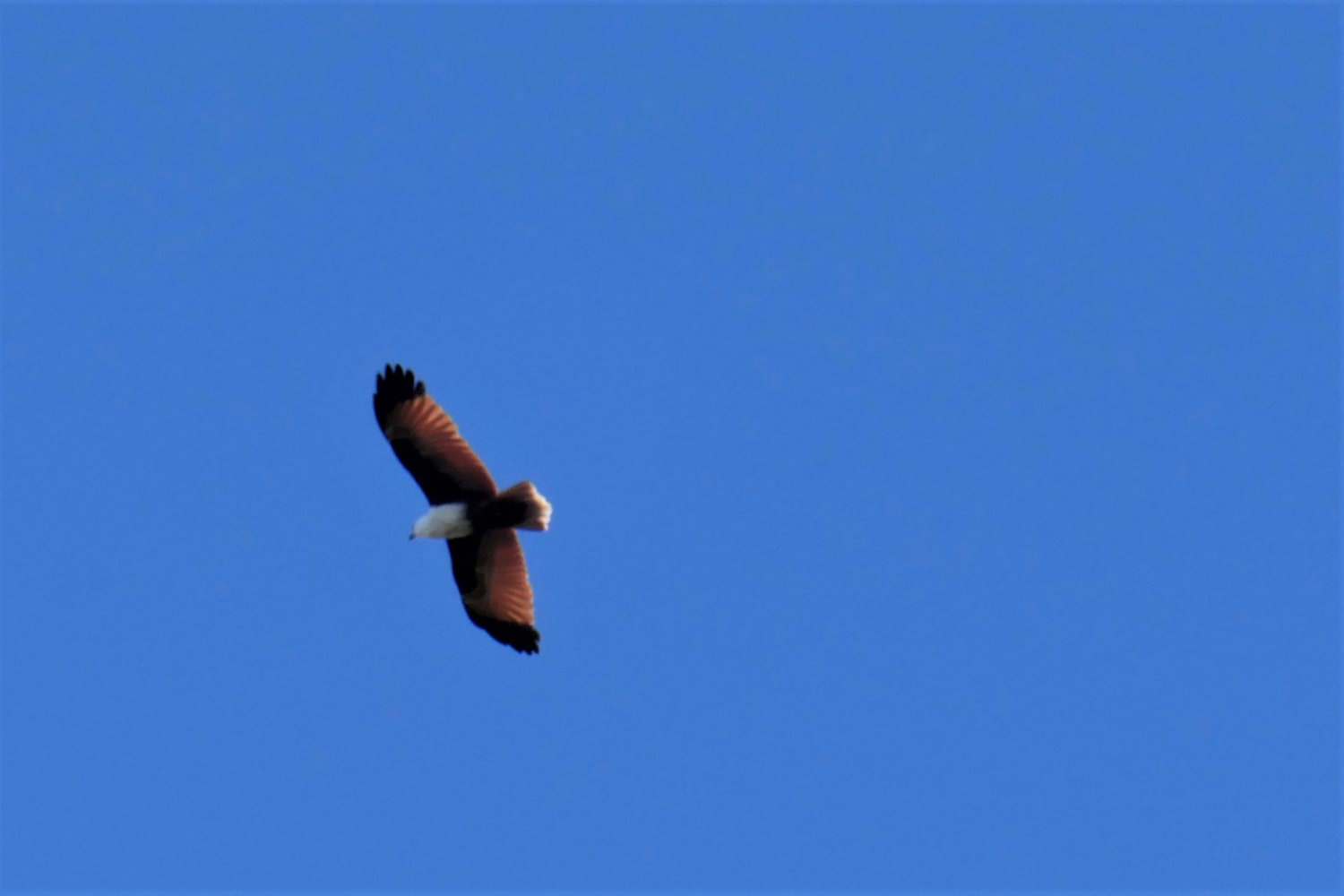 Their foxy colours escalate away in spirals, leaving
me a vanishing point. I celebrate being alone
with a boy home from boarding school who would
walk down to the sea, turn away from the pier
and putting green and head for the magical rockpools,
watching/catching in amongst the seaweed, lost. 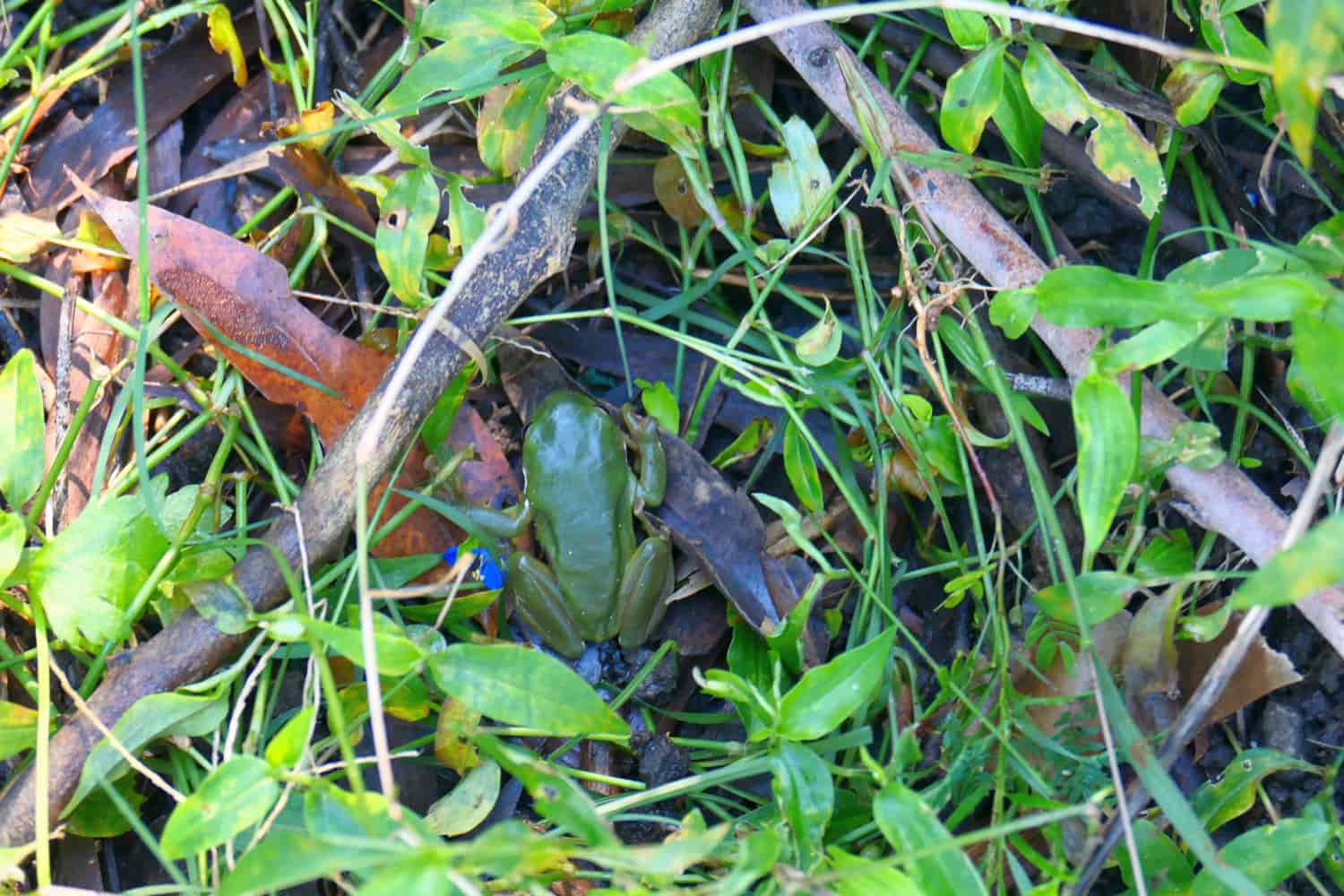 Found a young Green Tree Frog in the garden when I got home.

Cockatoos are the distinctive family Cacatuidae, a major lineage of the order of parrots (Psittaciformes). Cacatuidae diverged from Psittacidae approximately 40 million years ago . . . and began to diversify approximately 28 Ma during the Oligocene. The early to middle Miocene (20–10 Ma) was a significant period in the evolution of modern Australian environments and vegetation, in which a transformation from mainly mesic to xeric habitats (e.g., fire-adapted sclerophyll vegetation and grasslands) occurred. We hypothesise that this environmental transformation was a driving force behind the diversification of cockatoos.’ [1]

‘It was found that the first species to diverge from the common cockatoo ancestor was the Palm Cockatoo, followed by a group that included the Gang-gang Cockatoo, the Red-tailed Cockatoo and the cockatiel. Later descendants to follow included the Galah, the Major Mitchell’s and finally, the two groups of white cockatoos.’ (Sulphur-crested and Corellas)[2]

Palm Cockatoos are only found in remote parts of Cape York Peninsula. I am fortunate to have seen them, but never witnessed their drumming. This is more evidence that evolution is not directed, intelligence is not necessarily increasing. ‘Palm cockatoos are the only non-human species that manufactures and uses a sound tool. The males make drumsticks by breaking off a branch, stripping the foliage and trimming to appropriate length. They then grasp the drumsticks in one foot and beat them against a hollow trunk as part of their display to females. Our project explores this remarkable behaviour and the aspects of intelligence required to make and use tools in such a human-like fashion.’[3]

The word galah comes from Yuwaalaraay [‘gilaa’, one of six dialects of Gamilaraay, a nation to the west of here, over the Great Dividing Range]. In early records it is variously spelt as galar, gillar, gulah, etc. The word is first recorded in the 1850s. Galah pie was a popular outback dish.[4]

Living in captivity, galahs have been recorded reaching up to 72 years of age[11] when a good-quality diet is strictly followed. They socialise adequately and can engage playfully in entertainment activities to support the overall very intelligent nature of the bird. In their natural habitat, galahs are unlikely to reach the age of 20 years, falling victim to traffic, predators such as the little eagle and black and peregrine falcons, and human activities in some agricultural areas. Like most other cockatoos, galahs create strong, lifelong bonds with their partners.

The changes brought by European settlement — a disaster for many species — have been highly beneficial for the galah because of the clearing of forests in fertile areas and the provision of stock-watering points in arid zones. The galah is often found in flocks of 10 to 1,000 individuals[5]

Most human origins stories are not compatible with known fossils . . . more than 50 fossil ape genera are now documented across Africa and Eurasia. However, many of these fossils show mosaic combinations of features that do not match expectations for ancient representatives of the modern ape and human lineages.[6]

[2] Linda S. Rubin, ‘How Cockatoos Evolved: Is the Cockatiel a Member of the Cockatoo Family?’, AFA Watchbird Magazine, Vol 38: 1 & 2, 2011. Researchers David Brown and Catherine Toft built an evolutionary tree by sequencing a segment of mitochondrial DNA.

[3] Difficult Bird Research Group, https://www.difficultbirds.com/palm-cockatoo. They are based at the Australian National University and study Australia’s most endangered birds and are dedicated to understanding their ecology and conservation.

Monday - The news at breakfast