These flew over our house just after I’d finished cooking a BBQ for friends. Their flight is so playful, and often makes me simply marvel at flight itself. 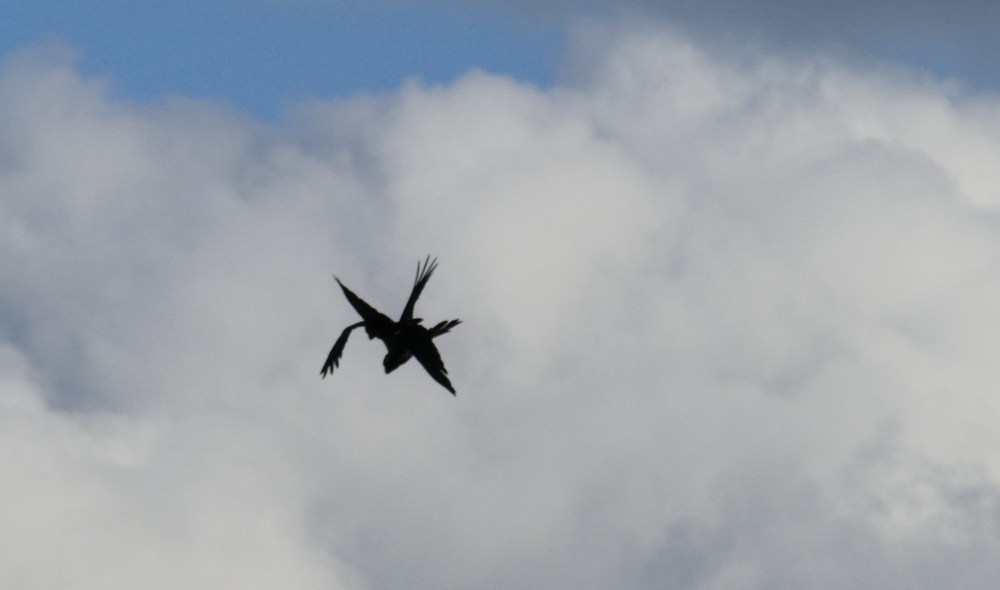 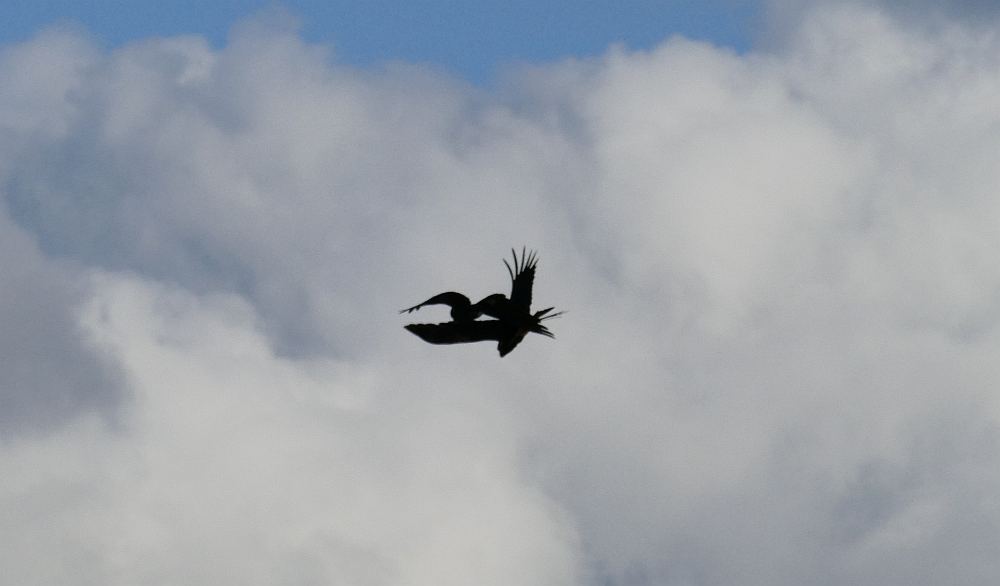 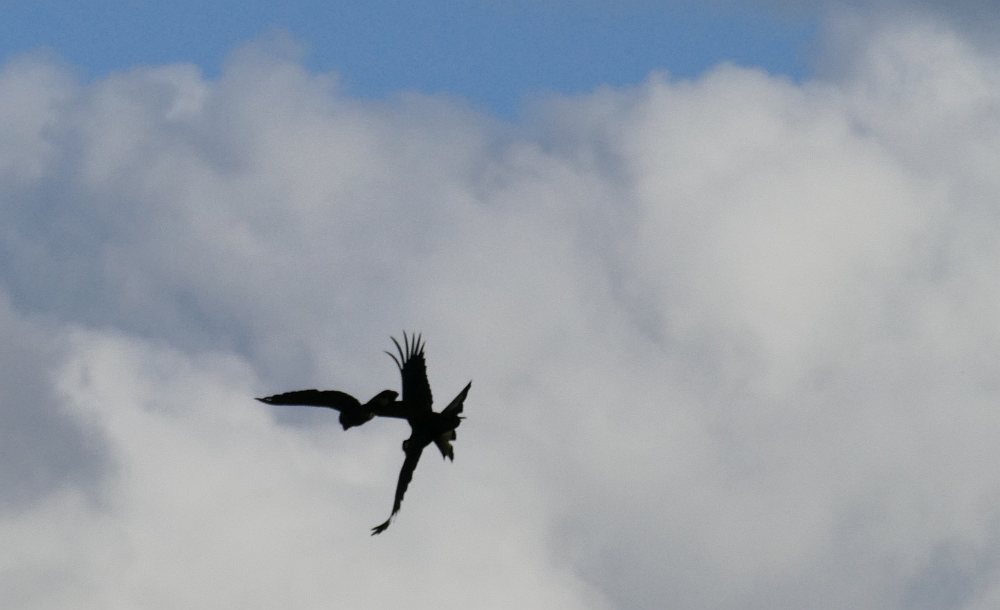 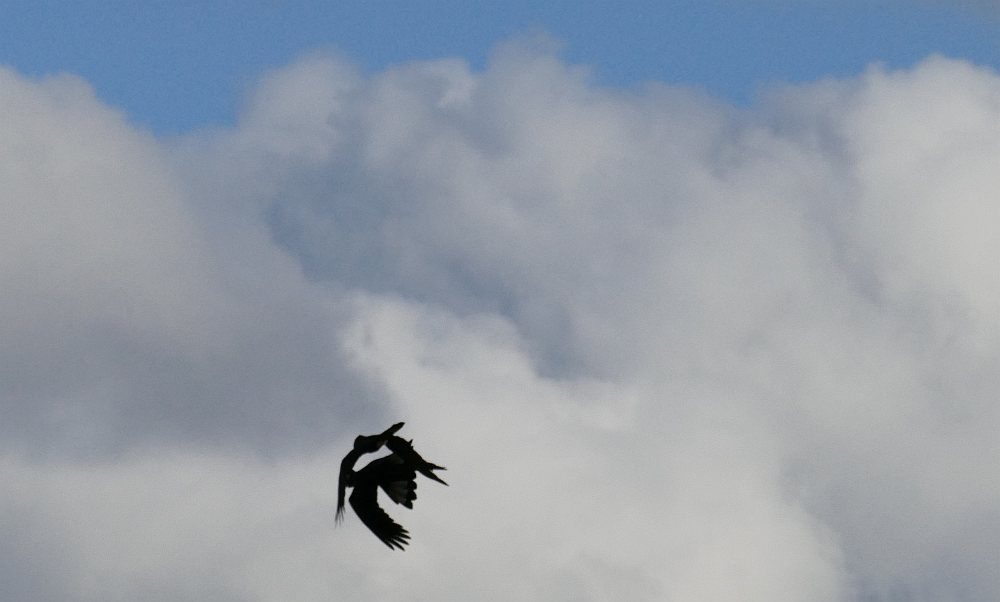 I recall carrying Lawrence Hargrave’s kites when the Museum of Applied Arts and Sciences was moving into the Powerhouse in Ultimo more or less across the road . It was a windy day, and i was carrying these valuable and delicate flying machines down Harris Street, fearful they would take off

Hargrave began experimenting with kites in 1893. The following year, he demonstrated that four kites attached to one rope could lift 109 kilograms over 5 metres off the ground in a 21 knot wind. He straddled a trapeze below a train of box kites and was lifted into the air at Stanwell Park on 12 November 1894.

He discovered that a curved surface had twice the lift as a flat one, and that a kite with two separated planes had the greatest stability and soaring power. The Wright brothers denied Hargrave’s influence, but these two discoveries did influence European pioneers.

You haven’t seen a tree until you’ve seen its shadow from the sky.
Amelia Earhart

Ingenious Daedalus, headstrong but without the hubris of artists
or tools or materials, escaped North Carolina at the sloppy controls.
the Tiger Moth with wax and feathers upgraded to oil and wood
trained young men with the right stuff to kill or be killed.

The bricolage of wing carried the Red Baron, Guernica, Coventry,
Dresden, Apollo X1 and now drones execute justice in a war on terror.
All the atoms in our bodies are billions of years old, but it’s my birthday,
time and space has shrunk and it seems to be the raptors’ day off.

Remnant market gardens furrow into the Nepean’s green pubes, nose
down we accelerate whooooomph – the engine cuts, the world turns
upside down, inside out. Expletives rip, guts jerk in harness towards
the exits. My terminal velocity is faster than this biplane will fly.

Time shreds like cloud, the discipline of language freefalls, tongue-tied
by loop the loops and lazy eights that perturb the azimuth. A head lies
unnoticed in Brueghel’s copse, the splash unseen, cockies bloom cherry blossom
on a eucalypt alone with its foreshortened shadow in an empty paddock.

We land on grass and stroll through the botanic gardens, nauseous, I lean
against a tree, feel its strength from living simultaneously in sky
and in earth, connected out of sight to forests that once covered terra.
Our future is tied to the future of flowers, beyond the stars are surrogate stars.

Venus is rising through the fretwork of forest, the Yolngu say ‘Banumbirr’
came from the East out of the glittering sea creating the living landscape
as she crossed the country making hills, rivers, plants and animals
and naming every detail as she lay down the Songlines.

Frogs sing the creek line with a repetitive energy. Neptune strays
into an apparition of twisted branches on moth-eaten pale-bone
scribbly gums. Was astronomy a waste of energy?
The Southern Cross floats into consciousness above the Grosse Valley.

Fifteen thousand light years in a fast expanding universe fills the Milky Way
with fish (the bright stars) and water lilies (the faint ones), invisible
to half the world blinded by the bright promise of the city
where we won’t let gravity rest, it’s just not in our nature.

Birds, Striated Herons and Rainbow Bee-eaters among others