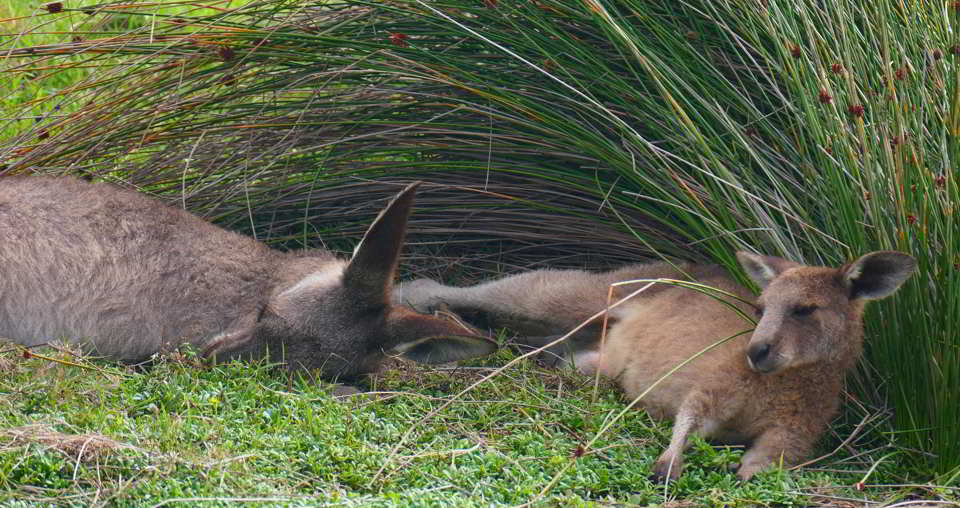 These are Eastern Grey Kangaroos, Nuungu and Buyaarr (joey) in the local Gumbaynggirr language. 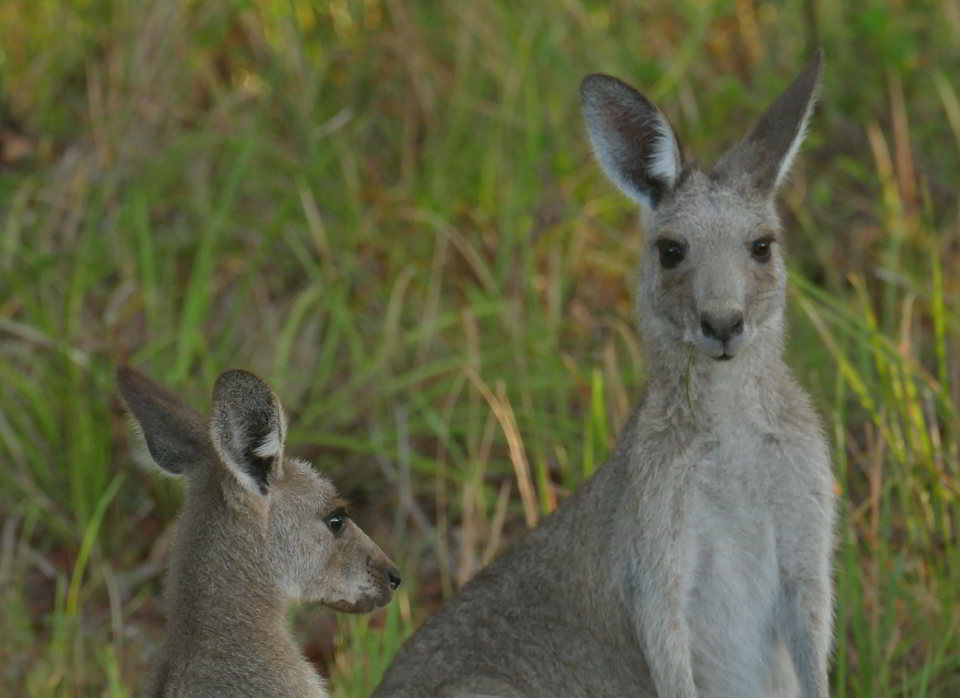 Gangurru in the Guugu Yimithirr language, QLD, which Sydney Parkinson wrote down, Lieutenant Gore shot, Parkinson then drew, and Joseph Banks took back to England as a pelt. Estimated population of Eastern Greys is nine million. 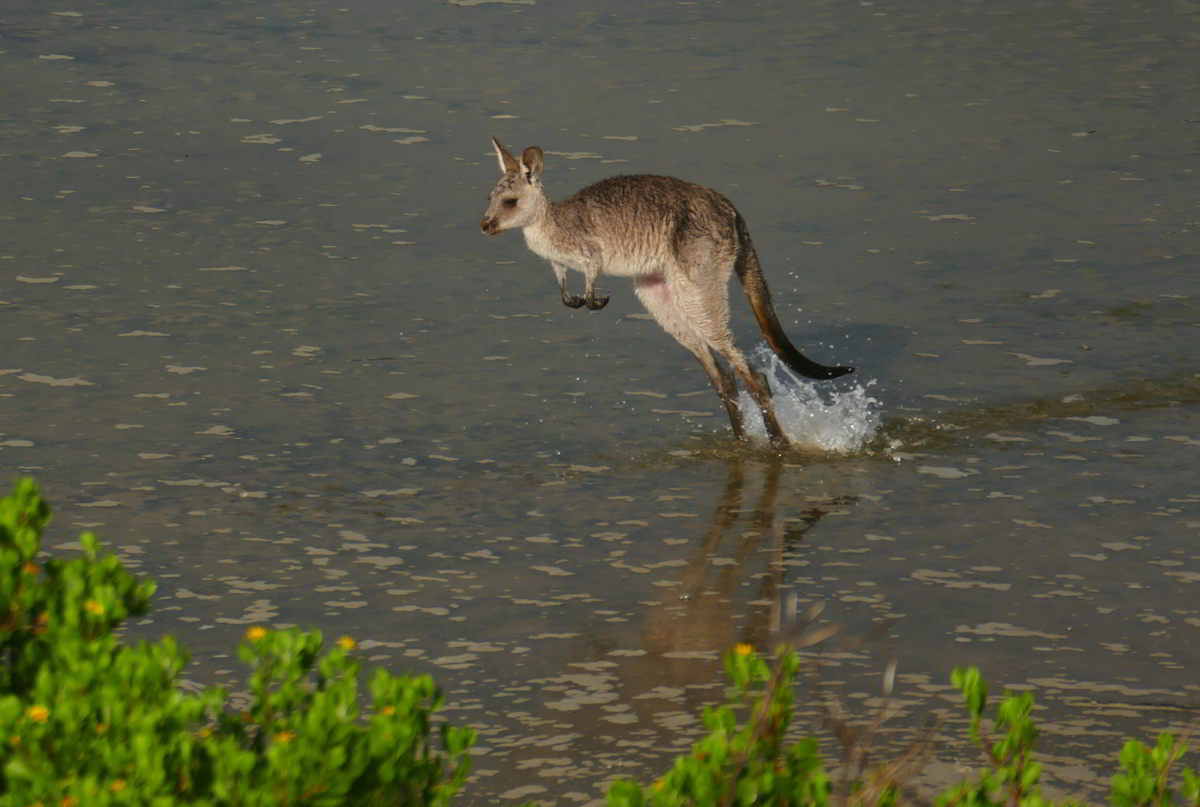 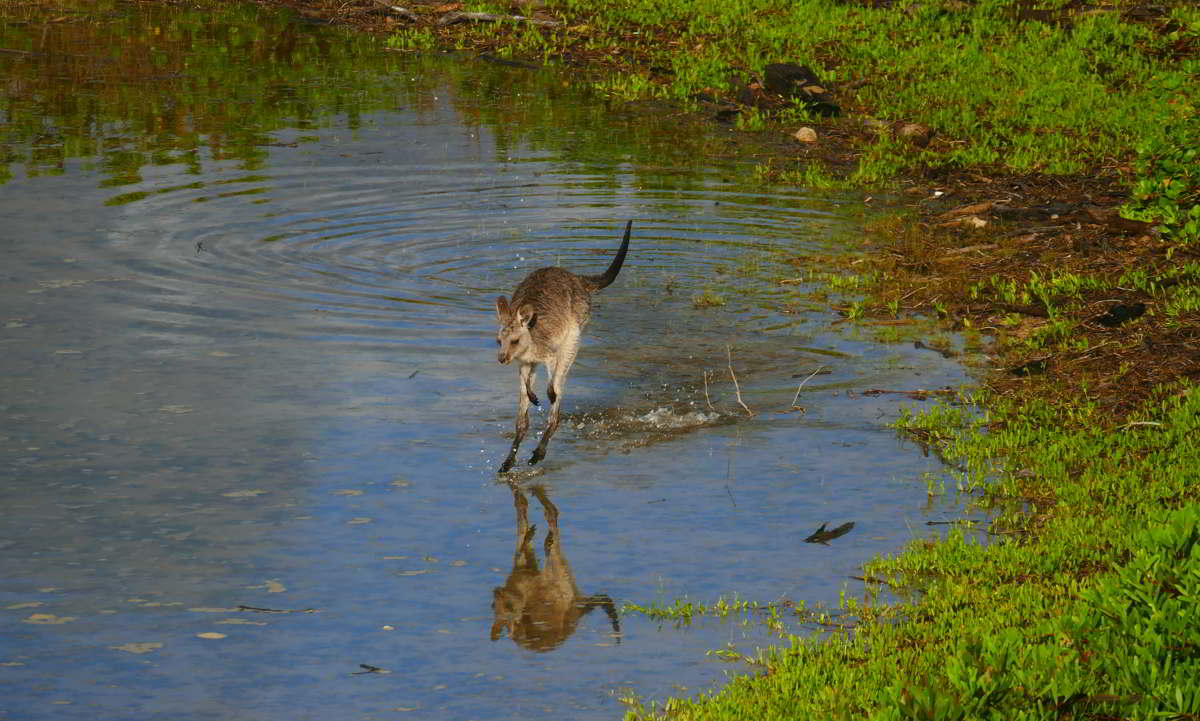 There are four species the Red, Antilopine, Eastern Grey and Western Grey and two species of Tree Kangaroo (I saw Bennett’s in Cape York). Smaller ones are called wallaroos and wallabies). 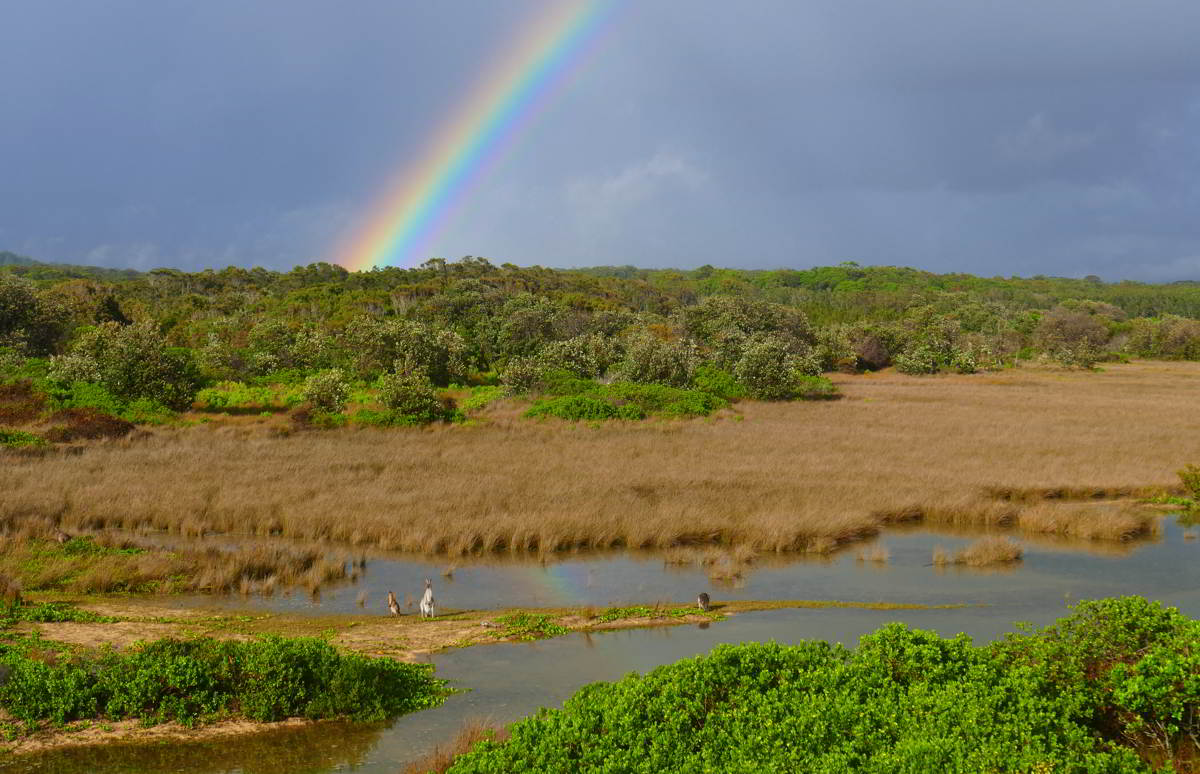 They are remarkably adapted to this country, and always looking ahead (they can’t walk backwards). In fact with such large feet they can’t walk forwards either. To move slowly they use the tail to form a tripod with its two forelimbs,  then lifts its large hind legs forward (‘crawl-walking’).

They are ecological wonders releasing almost zero methane even though their diet is similar to cows. They convert the hydrogen byproduct of fermentation into acetate which is used to provide further energy.

In all marsupials the young are born at a very early stage. After a gestation of a month, the tiny Eastern Grey  climbs up  to the pouch and attach to a teat. The female  is usually always pregnant (except the day she gives birth, but in bad conditions she can halt an embryo’s development  until the previous joey is able to leave the pouch!

The mangroves next to the saltmarsh.