These multiple floors and layers of green are laid out in front of me like a giant diorama. They are called mountains in Australia. Inverted cloud, white as a wedding train, slips into their folds. Our sacred mountain is transformed with a new shape which won’t effect Nungu Mirral’s special properties and cultural history. 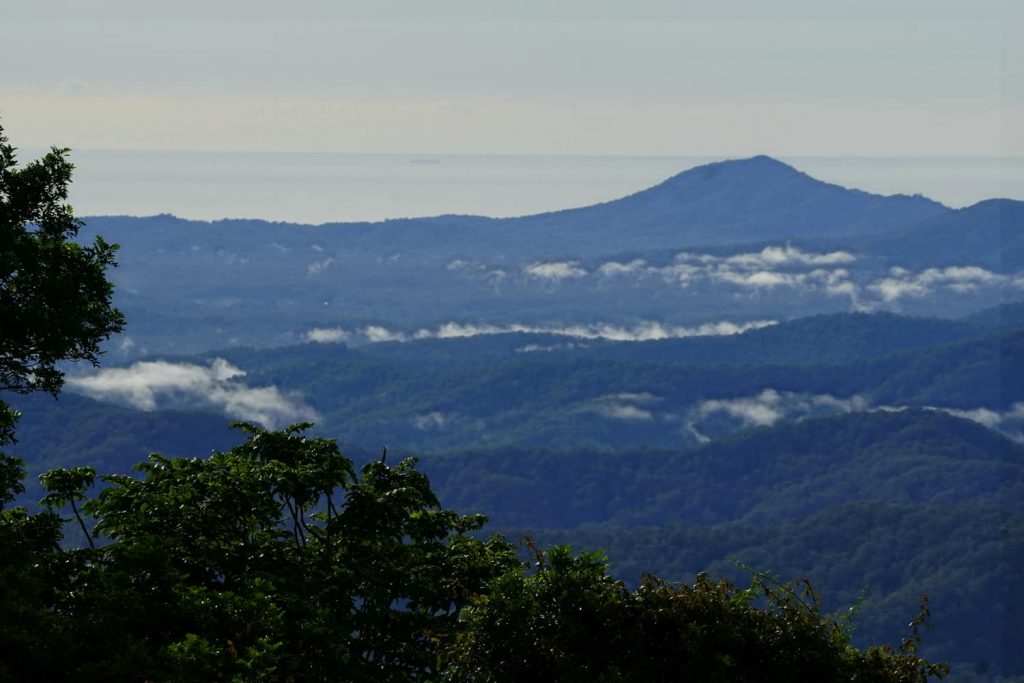 To my right, a second display is gold hammered by Minoan craftsmen and updated by Faberge. The early sunlight coats religious significance onto the wings, briefly fanned, spread like the golden winged Isis, with a rich black trim, which sets it off, art-deco style. The iridescent painting with wonderful technique merges with memory. I see the male a couple of times a year or so, just so unlike anything you see in the street. 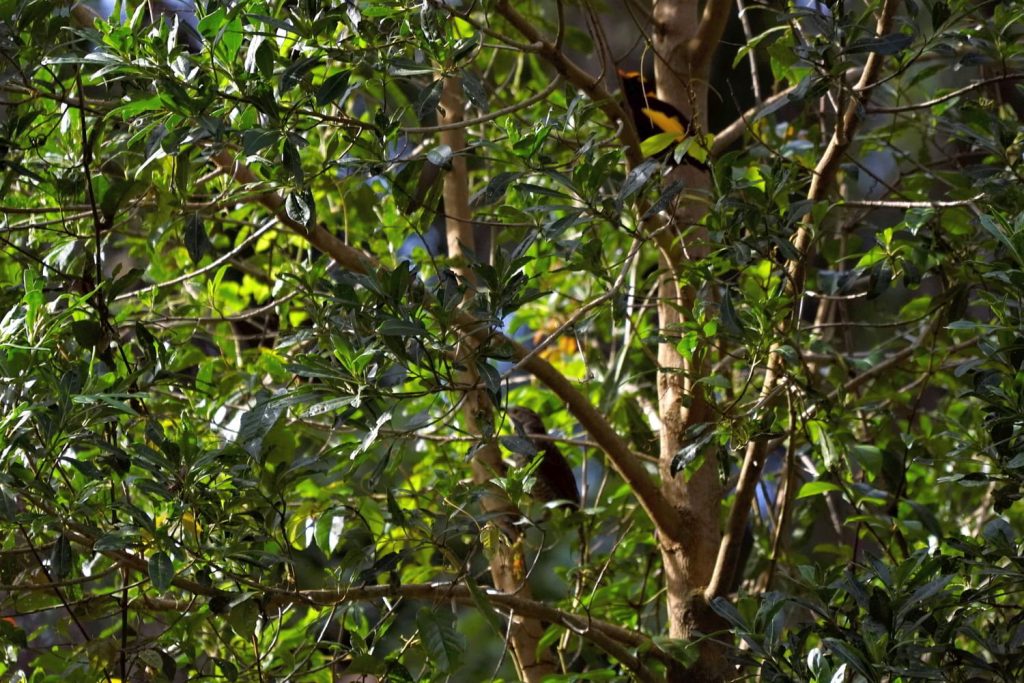 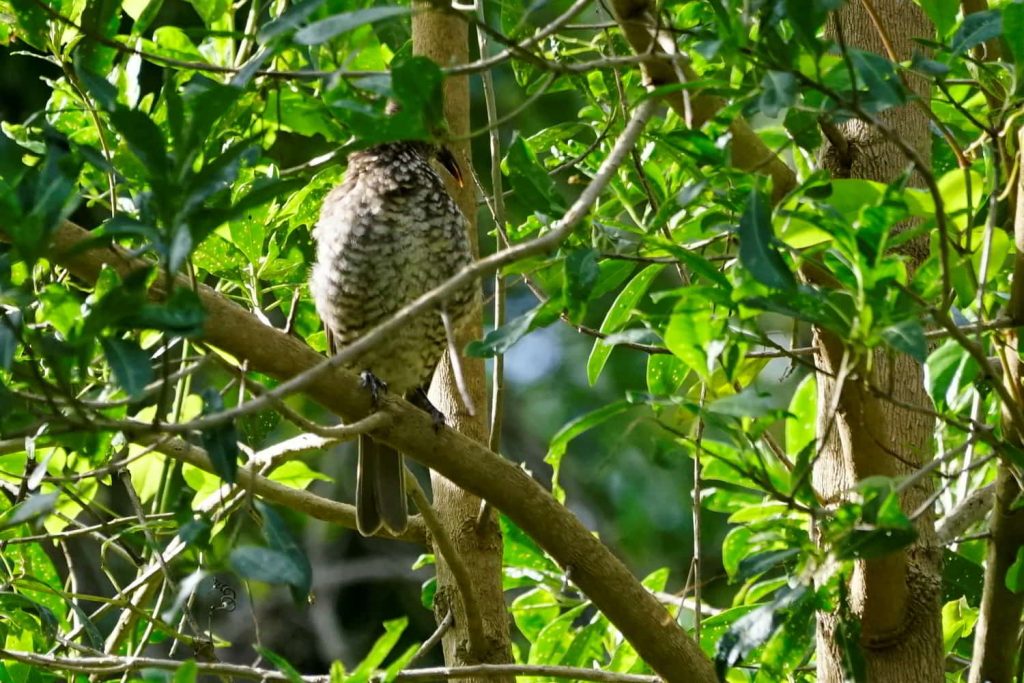 Beauty is usually transient so I stare, forgetting to lift my camera. By the time I take a photograph, he has shuffled behind a branch. Two quick strokes and the bird vanishes into the trees lining the escarpment. The female is left preening in the centre of the tree, stripped of all colour, head hidden, hard to make out.

I am left with a feeling, knowledge of, amazement at, an image of – shunted off by an Eastern Yellow Robin and Yellow-rumped Thornbill alighting on a wire below.

Walking along the margins a glimpse of a huge curved bill and a buff scalloped breast, then the large fawn wings carry the female Paradise Riflebird away. You don’t have long. 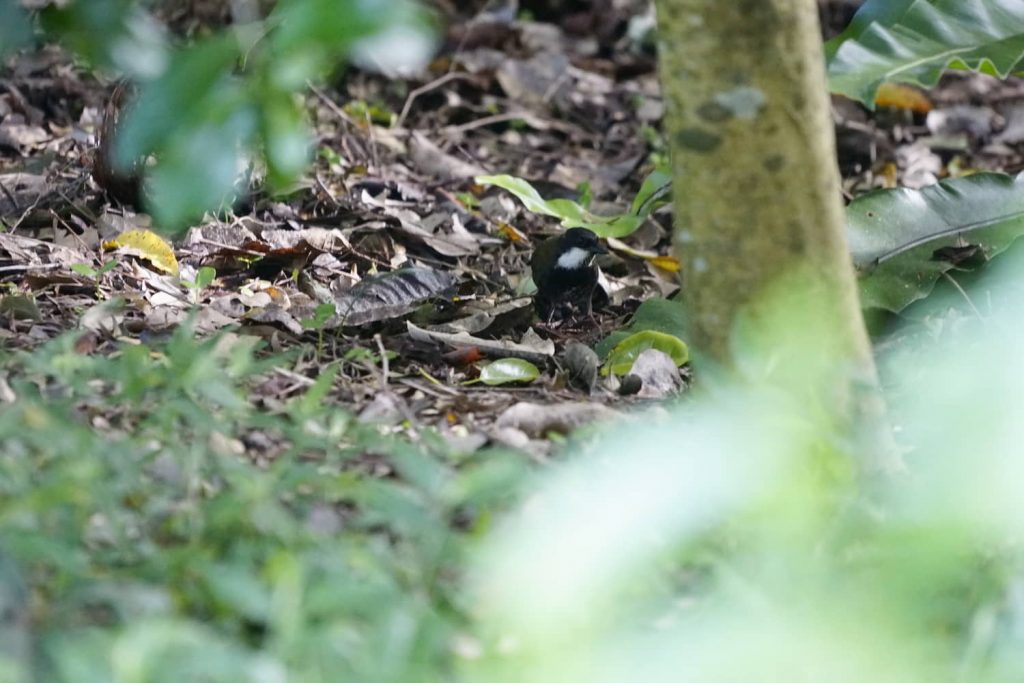 I take a photograph of a young Whipbird, but the Brown Thornbills, Brown Gerygones and Large-billed-Scrubwrens are too quick and I miss the Rose Robin.