I never thought the point of taking a photograph was ‘to capture memories’. I now regret never taking photographs of friends, or my travels, but still think the purpose is to bring something new into the world. A photograph should draw attention to an object or event in the world that works in two dimensions as a photograph, but which otherwise is mundane and unnoticed outside that framework. I am thinking of creatives like Eadweard Muybridge, Cartier Bresson, Edward Weston, Trent Parke, whose photographs help you see the ordinary and everyday anew. This is the photography of surprise, and often or usually when you look at a photograph later on a big screen you are surprised (so intention isn’t everything). This applies to other arts, Henri Michaux mused, ‘Could it be that I draw because I see so clearly this thing or that thing? Not at all. Quite the contrary. I do it to be perplexed again. And I am delighted that there are traps. I look for surprises.’[i] 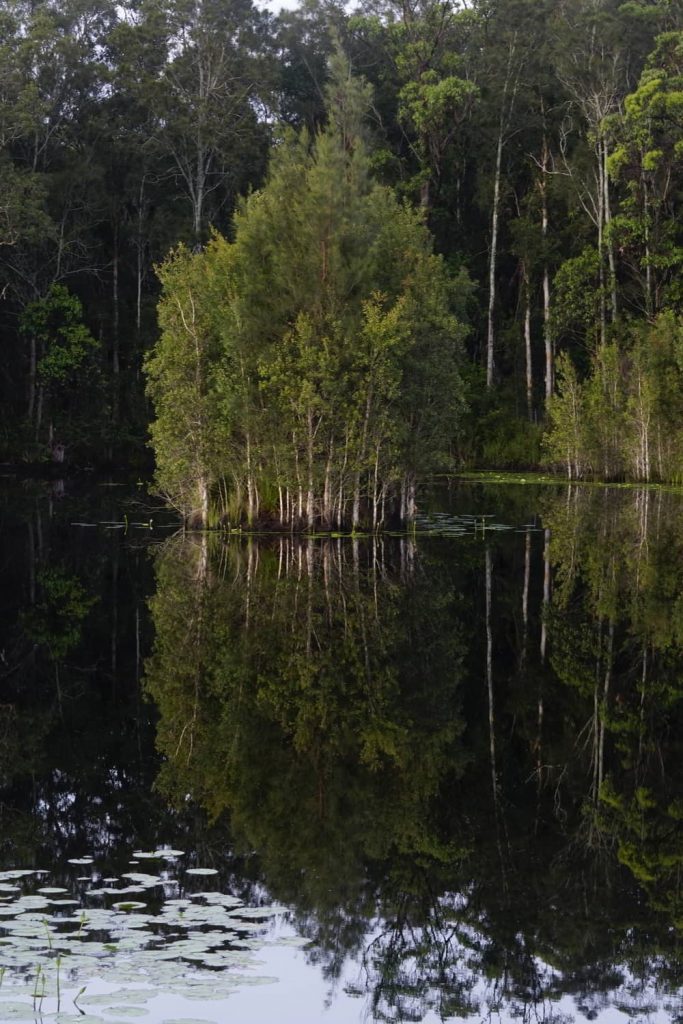 Now I use images as witnesses, usually as a kind of proof accompanying my texts. And this intent can produce magnificent photographs. I’m thinking of the brilliant mimetic oeuvre of Sebastião Salgado (I don’t call myself a photographer!). Photographs as witnesses are important. Just think of war and crime scene photographs. 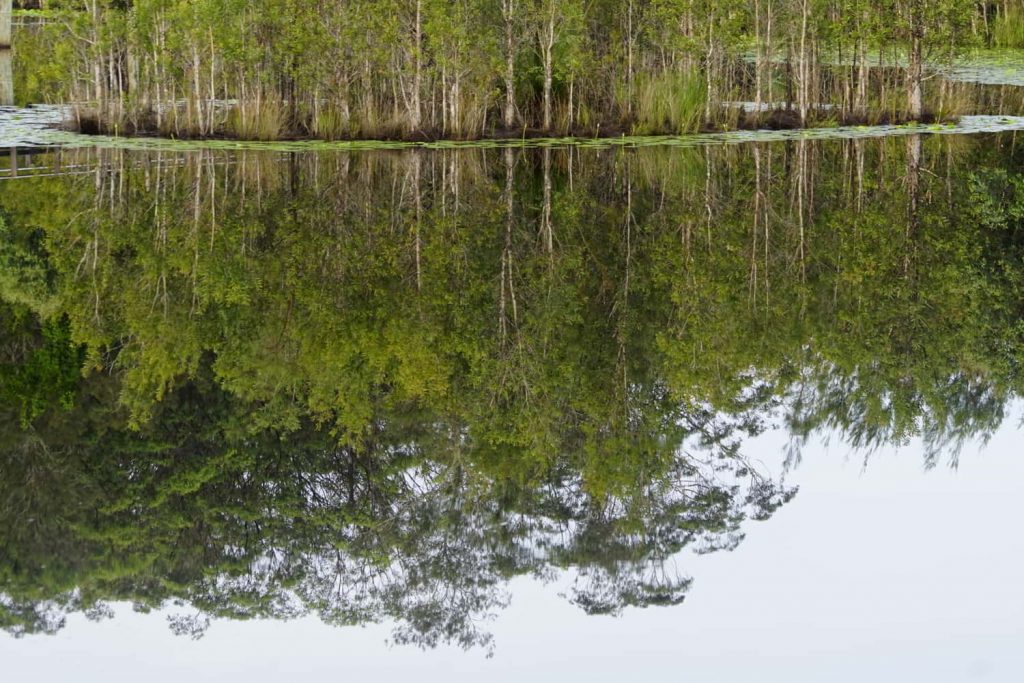 On today’s regular survey of birds in Urunga wetlands, I took this photograph to document the high water levels, the islands still partly underwater. Too much water around for wildfowl to want to stay here. Today’s litany goes: one Pacific Black Duck, Four Purple Swamp Hens. (Meanwhile, drought is tearing through Madagascar, Mozambique, Kenya and Ethiopia, and floods are wreaking havoc elsewhere). 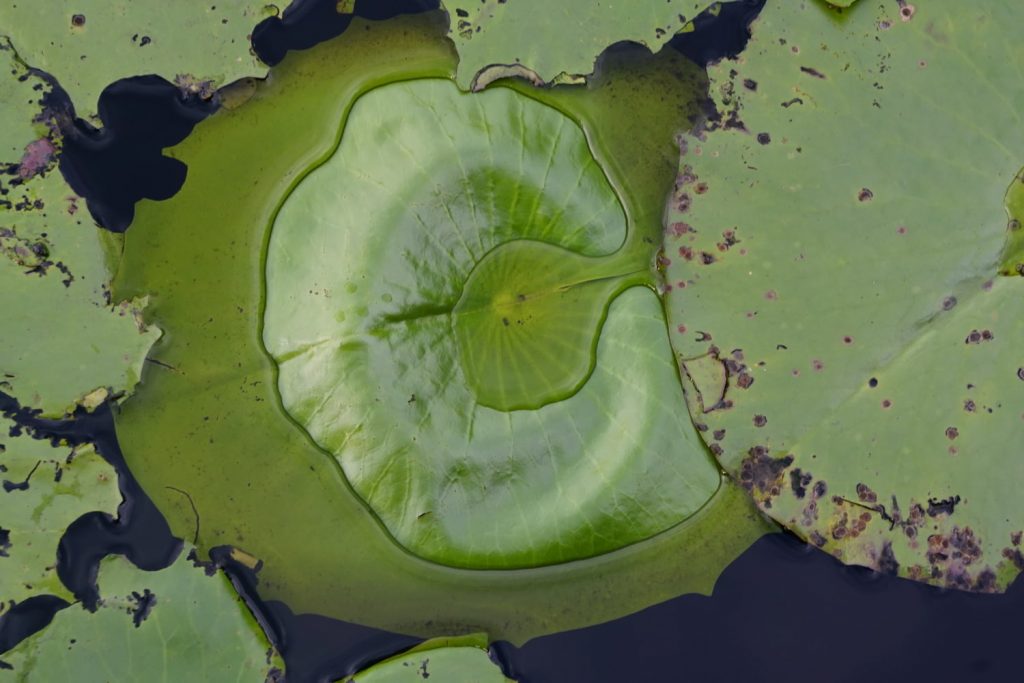 And I took this one of a lily leaf, that I find satisfying. As a photograph it is strangely strange for no obvious reason.

A pair of Magpie Geese are calling as they arc over the water, echoing Chinese poetry hemmed in by Paperbarks and Casuarinas. Their cries both noun and verb.