Can public art empower our imagination?

Does it always have to cause disagreement? 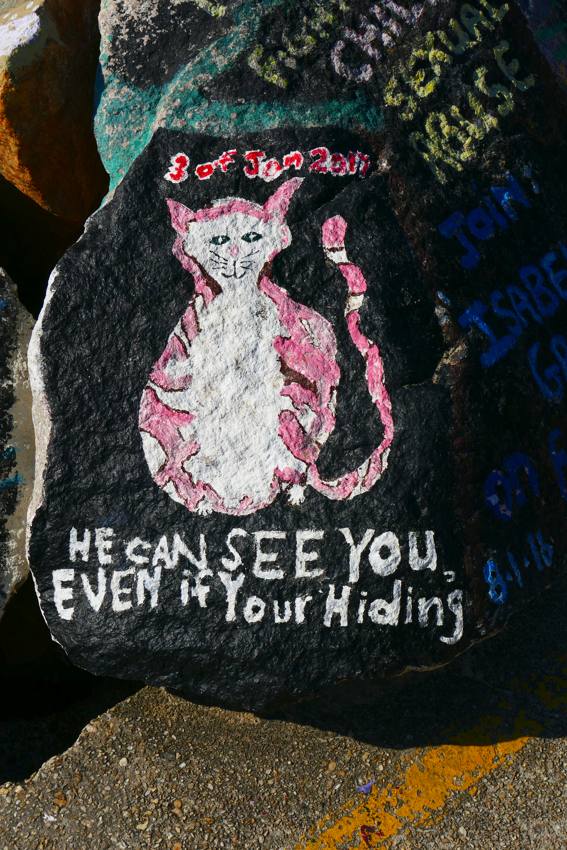 Public art used to be serious, too serious. Statues of heroes were erected quickly and applauded, and more recently pulled down. Public art has not had much success in the last century, often causing controversy and even litigation, not unexpected given the wide range of tastes. ‘Doesn’t diverse opinion fulfil the ambitions of a democracy?’ asks Brook Rapaporty in a letter on public art in New York. 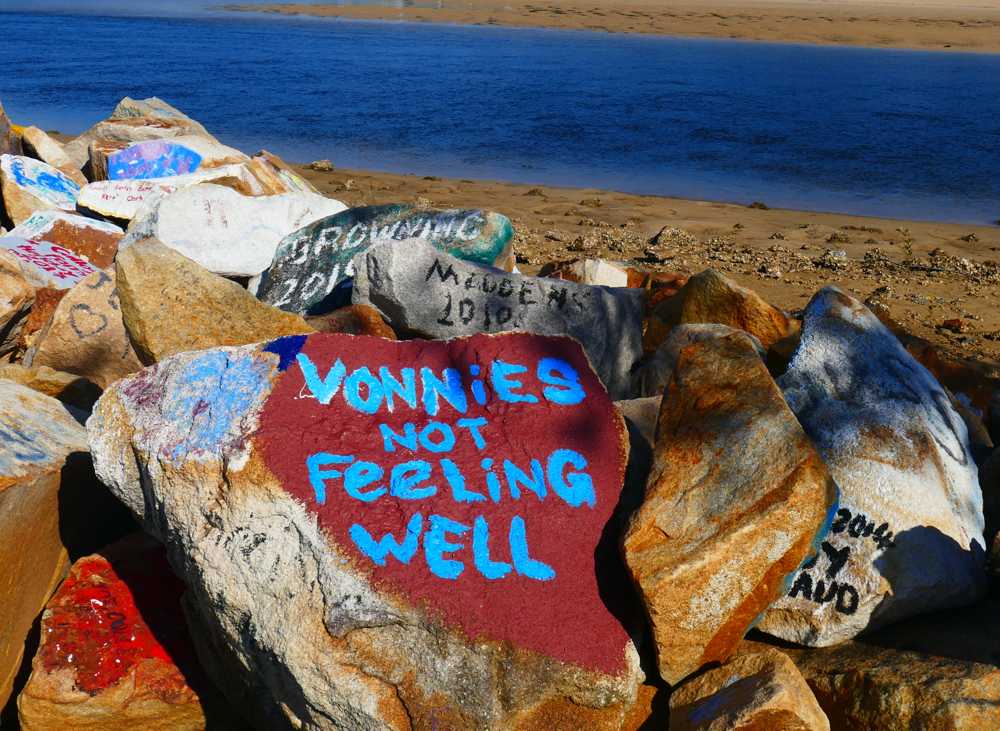 Yesterday in Nambucca, I witnessed two kinds of public art, official and unofficial. The rocks along the river arm are packed with art and memorials. There are a few RIP plaques which are bland to strangers, refusing poignancy. Many are of the Kilroy was here category, but some recent ones have adopted humour. Banksy they aren’t, but they made me laugh.

On the way home I stopped for a chat to Ian Moule painting beautiful cracks in an ugly concrete water tower that dominates the hill on the entrance to town. 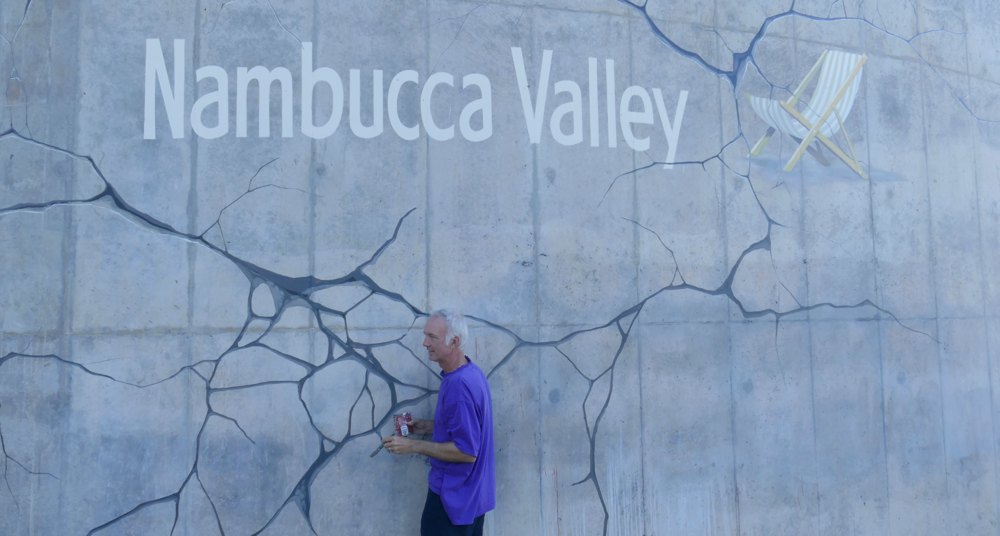 Someone I talked to earlier was writing to the council to complain. She thought it lowered the tone. I like the subtlety (mainly due to cost). Ian told me that the plan is to have a fountain in front of it. Well done council. They do not pay that much attention to the arts, but then they are always financially stretched. 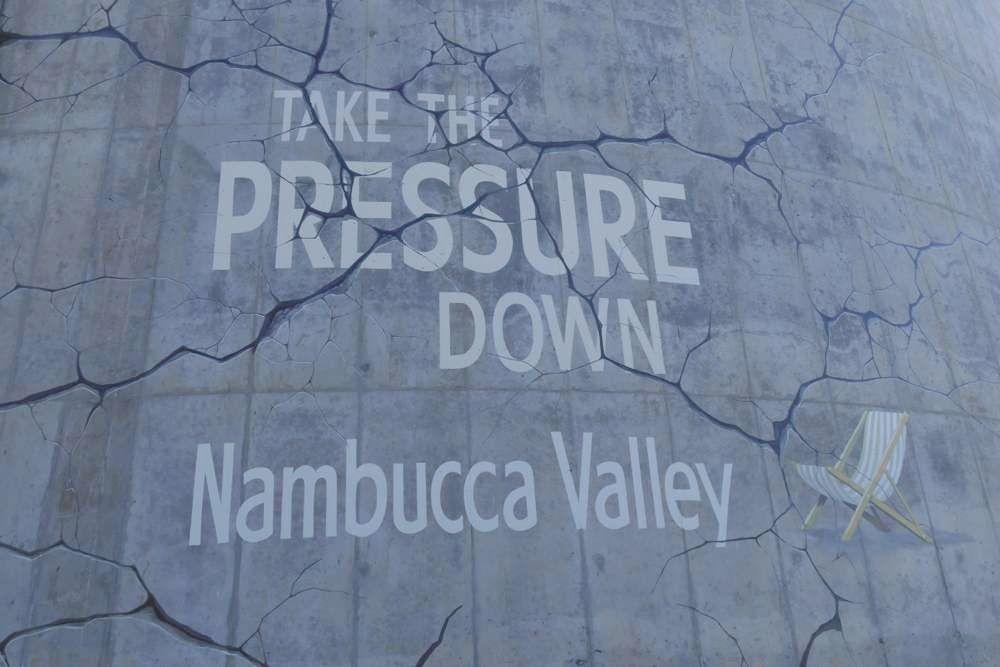