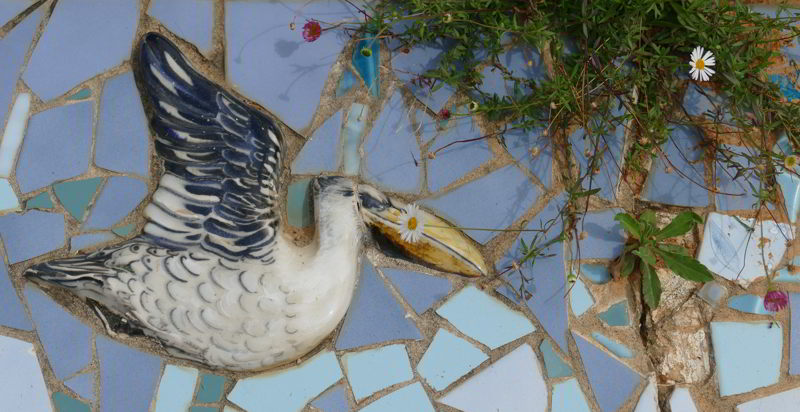 Artist Guy Crosley and a team of local volunteers and school kids and volunteers have made a series of mosaics in the region. He created a thirty metre mosaic in front of the Nambucca Heads Police station. 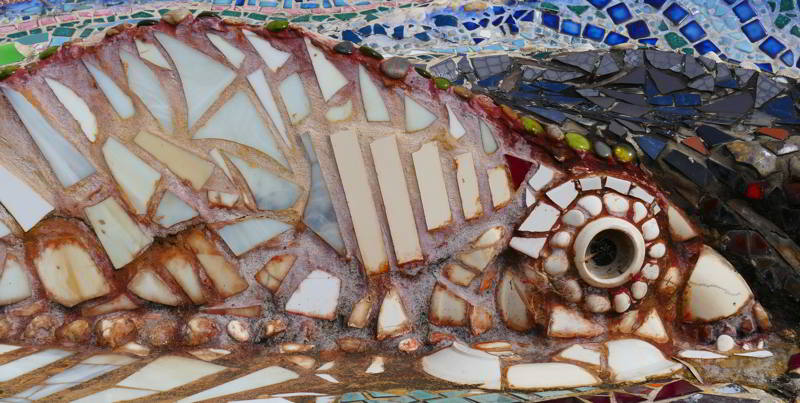 This is a jewel of public art – an area with rare results – well worth your attention. His ‘Whale Tale’ a table and seats overlooking the amazing bay of Scotts Head is superb. It delights and is useful and is so lovely that it does not need to be didactic or have sublime ambition. View. 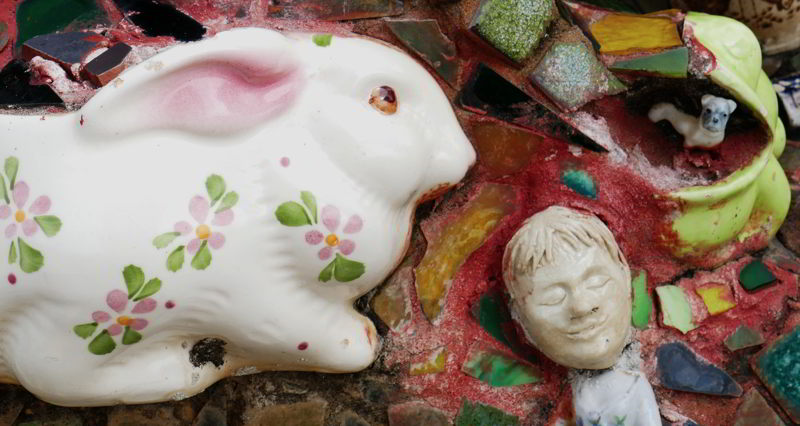 The most famous piece of public art is probably Michelangelo’s David, a 5 metre tall marble statue of the Biblical hero was commissioned for the roof of Florence Cathedral. It was so good that in 1504 it was placed instead outside the Palazzo della Signoria, the seat of civic government (a replica now stands there). Giorgio Vasari wrote, ‘Whoever has seen this work need not trouble to see any other work executed in sculpture, either in our own or in other times.’ Michelangelo, though only in his mid-twenties, was already the most famous artist in Italy, and the Sistine Chapel was four years away. 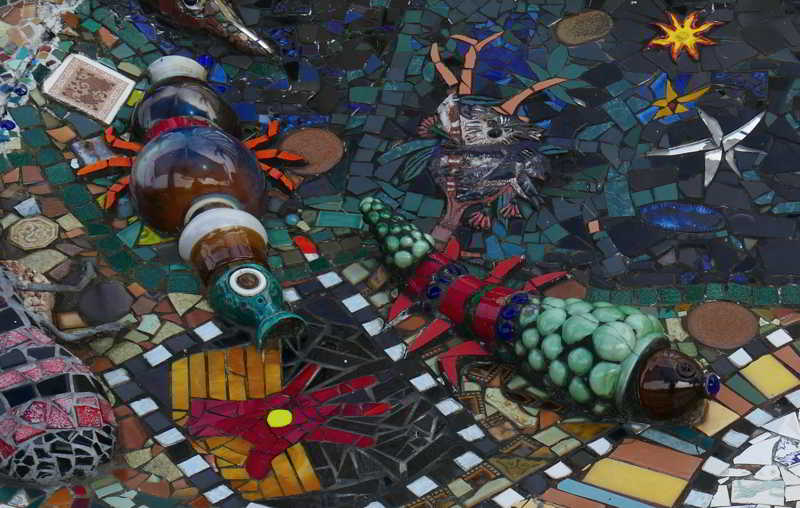 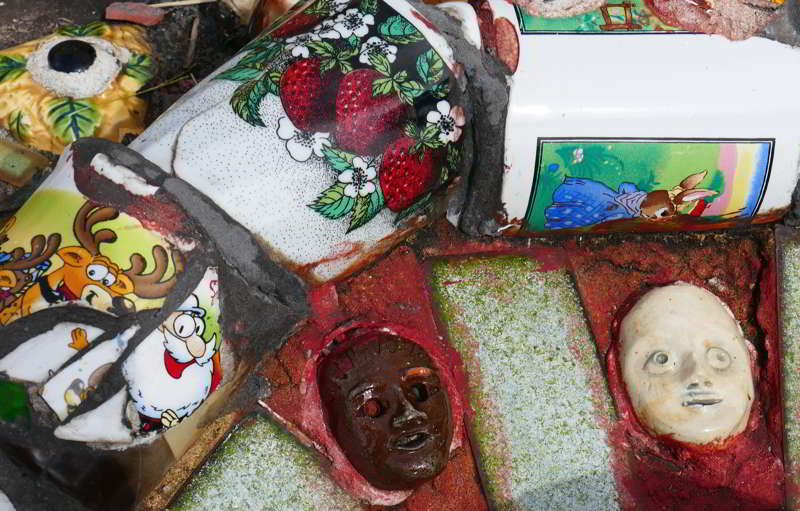 The construction of Bernini’s fountain in the Piazza Navona was opposed by many Romans. Innocent X ordered it at public expense during a period of famine (1646-48). Graffiti attached to the stone blocks of the obelisk read, ‘We do not want Obelisks and Fountains, It is bread that we want. Bread, Bread, Bread!’ The Pope feared riots and had the authors arrested, the piazza’s market stallholders were opposed to the fountain and were forcibly removed by Papal guards. Officials in plain-clothes officials patrolled the area. Public art is so often still controversial (the fourth plinth in Trafalgar Square).

Public art ranges from statues in parks of great men which become anonymous very quickly, to street art and a fabulous original artist like Bansky who uses stencils. Diego Rivera famously founded the Union of Technical Workers, Painters, and Sculptors (with Siquieros and Orozco) creating public murals. Community engagement was once rare in this area as was developer’s interest, but now large developments in Sydney and Melbourne integrate art into the design and architecture.

I love mosaics from the ancient world, Roman, Greek, Persian, Mayan. I recall going to the information desk at the Louvre and asking where their mosaics were and the attendant said no one had ever asked her that before. The question hangs over the Mona Lisa. 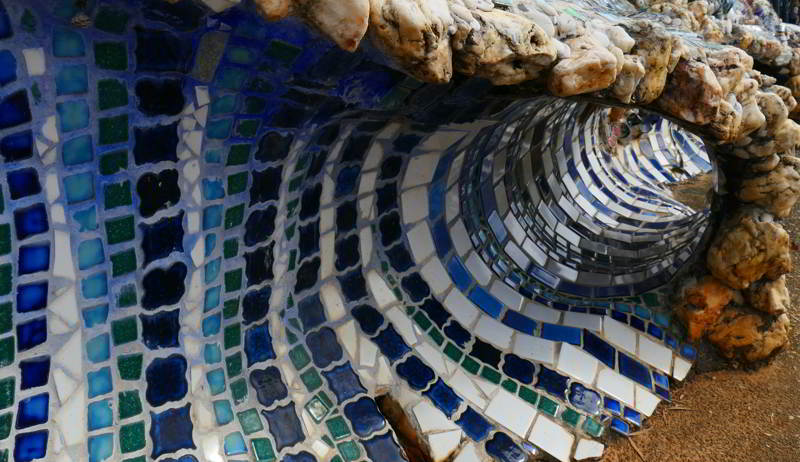 Just as the mass media was expanding rapidly, the Mona Lisa was stolen in 1911. Newspapers reproduced the picture and a world-wide hunt began.[i] The painting gained such fame that visitors queued to see the empty space, and now queues try and see it through bullet proof glass. A study found that people gaze on her for an average of 15 seconds.[ii]

I have noticed visitors waltzing past the two da Vinci’s in the Hermitage.[iii] Amelia Gentleman describes the scene at the Louvre, ‘At 10.14 the mass of people is 12 rows deep; 15 minutes later there are so many people elbowing from behind that it becomes uncomfortable to stand at the curved wooden barrier by the front of the picture.’[iv] You can spend as long as you like looking at this work of art without anyone else there, and it’s free.

‘When an art product once attains classic status, it somehow becomes isolated from the human condition under which it was brought into being and from the human consequences it engenders in actual life-experience.’ John Dewey  [v] 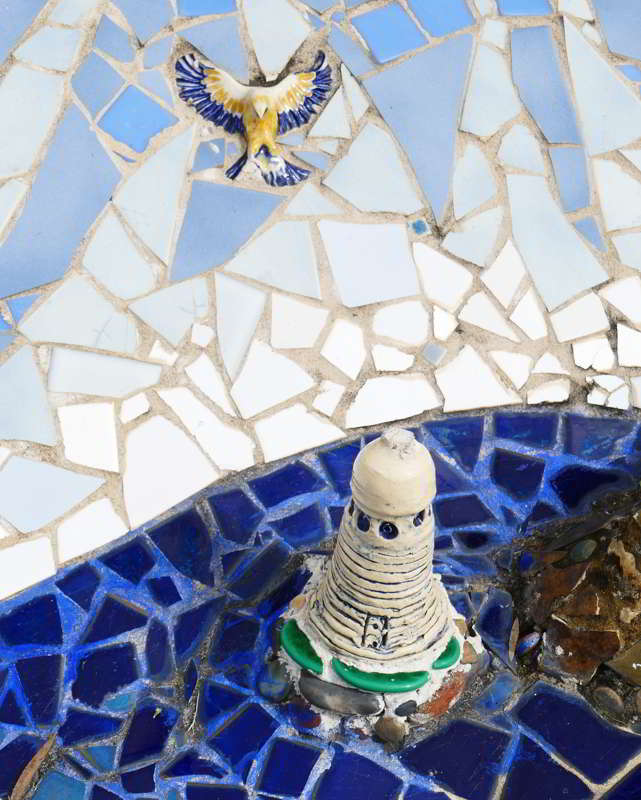 [i] The police were looking for a rich connoisseur. The Italian housepainter, Vincenzo Peruggia, who stole Mona Lisa and kept her in a trunk had postcard reproductions on the mantelpiece in Florence.

[iii] The year da Vinci painted the ‘Mona Lisa’, Durer painted my favourite – aa marvellous watercolour ‘Great Piece of Turf’, its delicate detail of budding yellow dandelion flowers reveal it was painted in May. The world’s first piece of eco-art is a beautiful composition, looking natural but arranged, the fresh leaves of grass tail off into brown roots with febrile attention (influenced by Martin Schongauer’s wonderful ‘Study of Peonies’ painted twenty years before Columbus set sail).

[v] John Dewey, Art as Experience, Perigee, 1934, p1. He comments: ‘The Louvre is a book where we learn to read. But we should not be content to keep the formulae of our illustrious predecessors. Let us leave them so as to study beautiful nature and search to express it according to our personal temperament.’ p325.

We can't see the damage being done to the environment