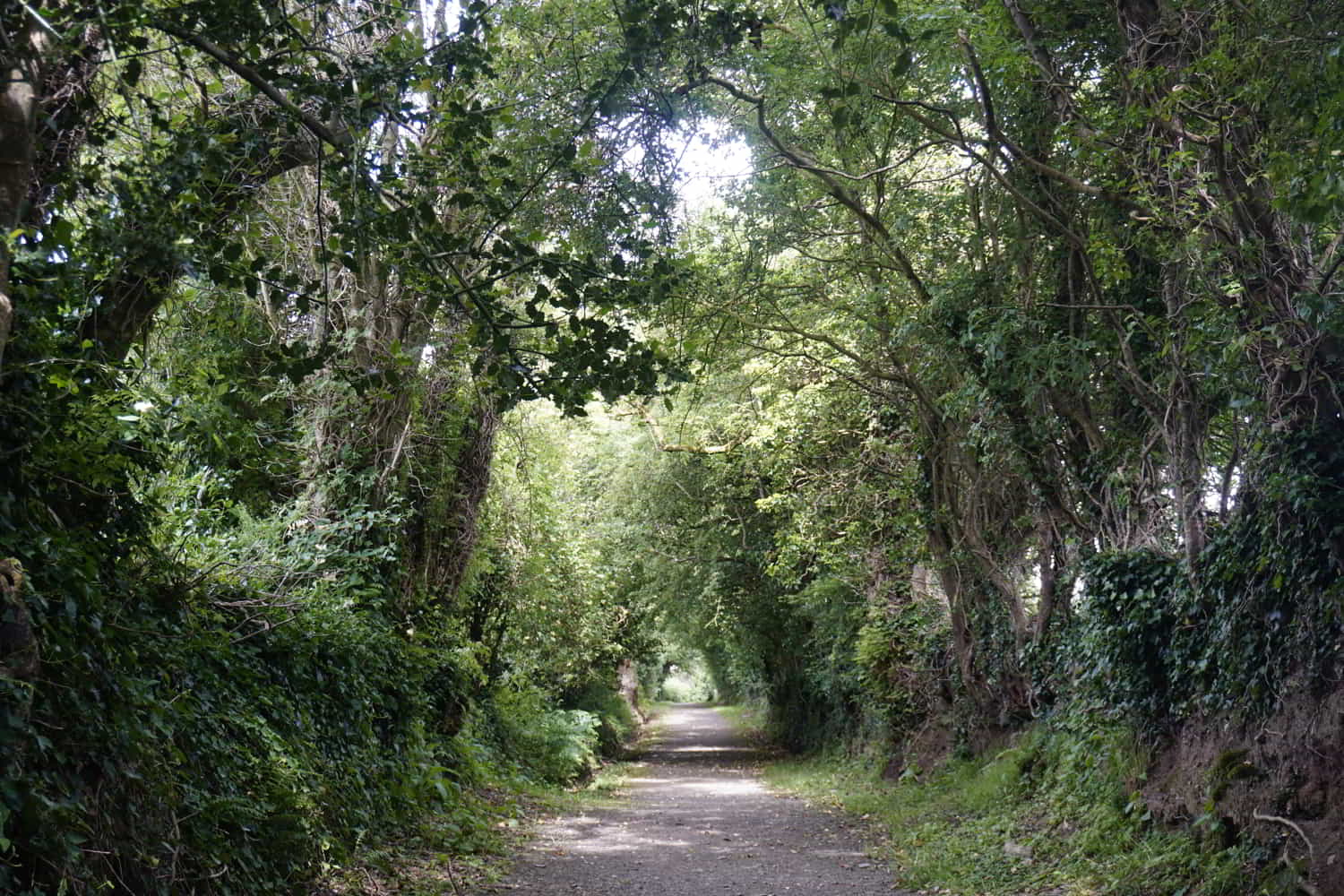 Winding hedgerowed lanes through the mizzle we find the track, a monument itself. Worn over many generations, it sinks waist-high below fields, eroded walls reinforced by horizontal roots. 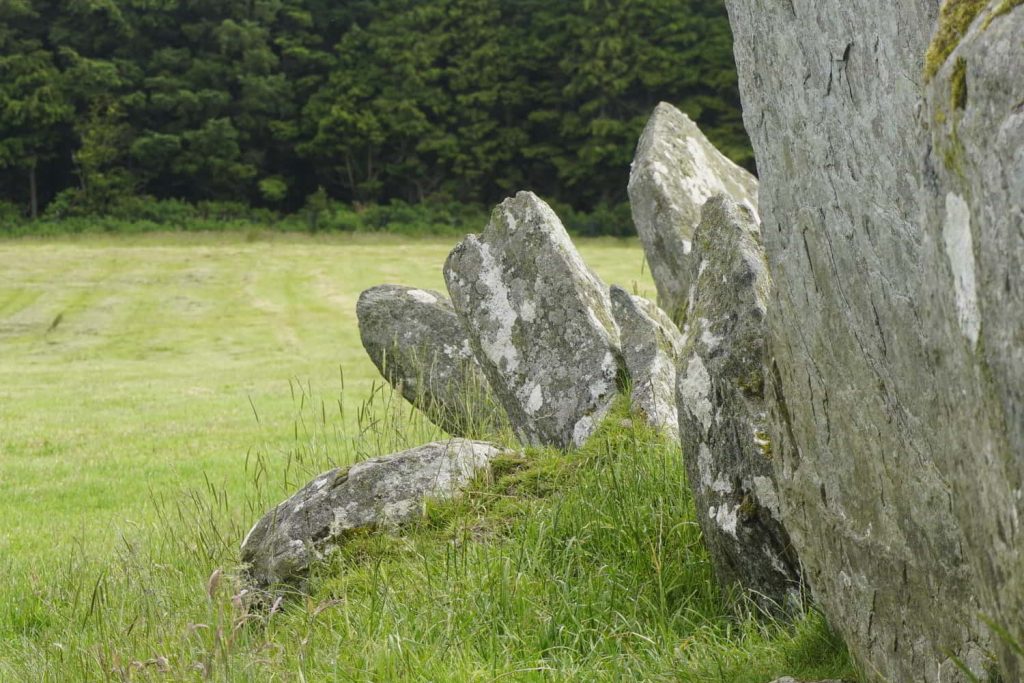 The sun is soaring high as possible, flares directly over one pole, casts black ice on another. We have timed our visit to meet the at 10:15, but have no evidence. The sky is absorbed with cloud. Minutes may not matter much to this world, but days do. We need to take care of each one of them. 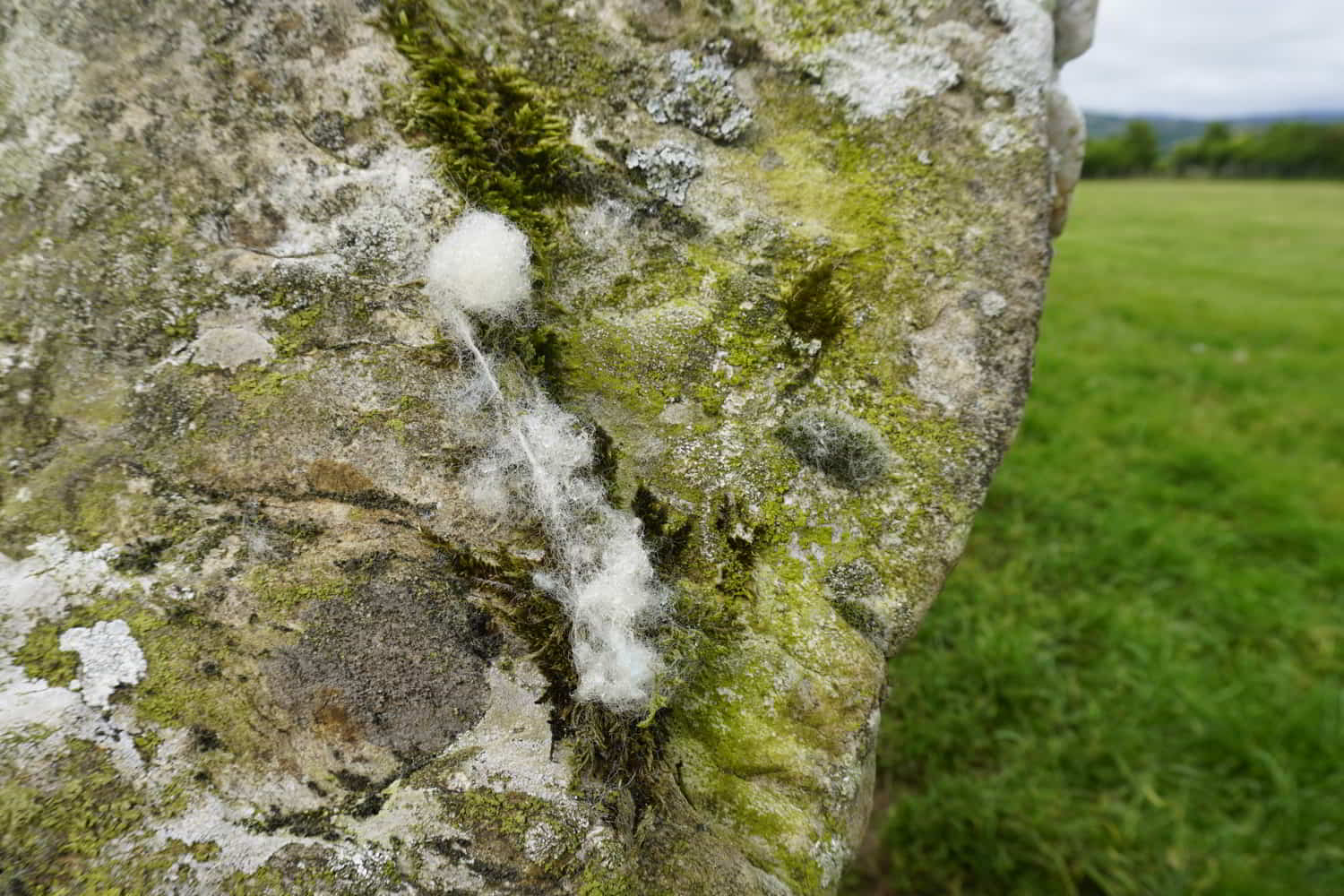 This island was once a primeval Jerusalem, centre of the world. It faced Spain across an inland sea with no sense of life cycles, not even lichens. The stones now nestle thoughts of time trailing silence and past intimacies with totem, ceremony and the named. And of Jem who loved the natural. A tick bite probably triggered this tsunami of grief. A few days ago, after seventeen years of running pell-mell, his system attacked an imaginary threat. Our archaic bodies owe him a better future. 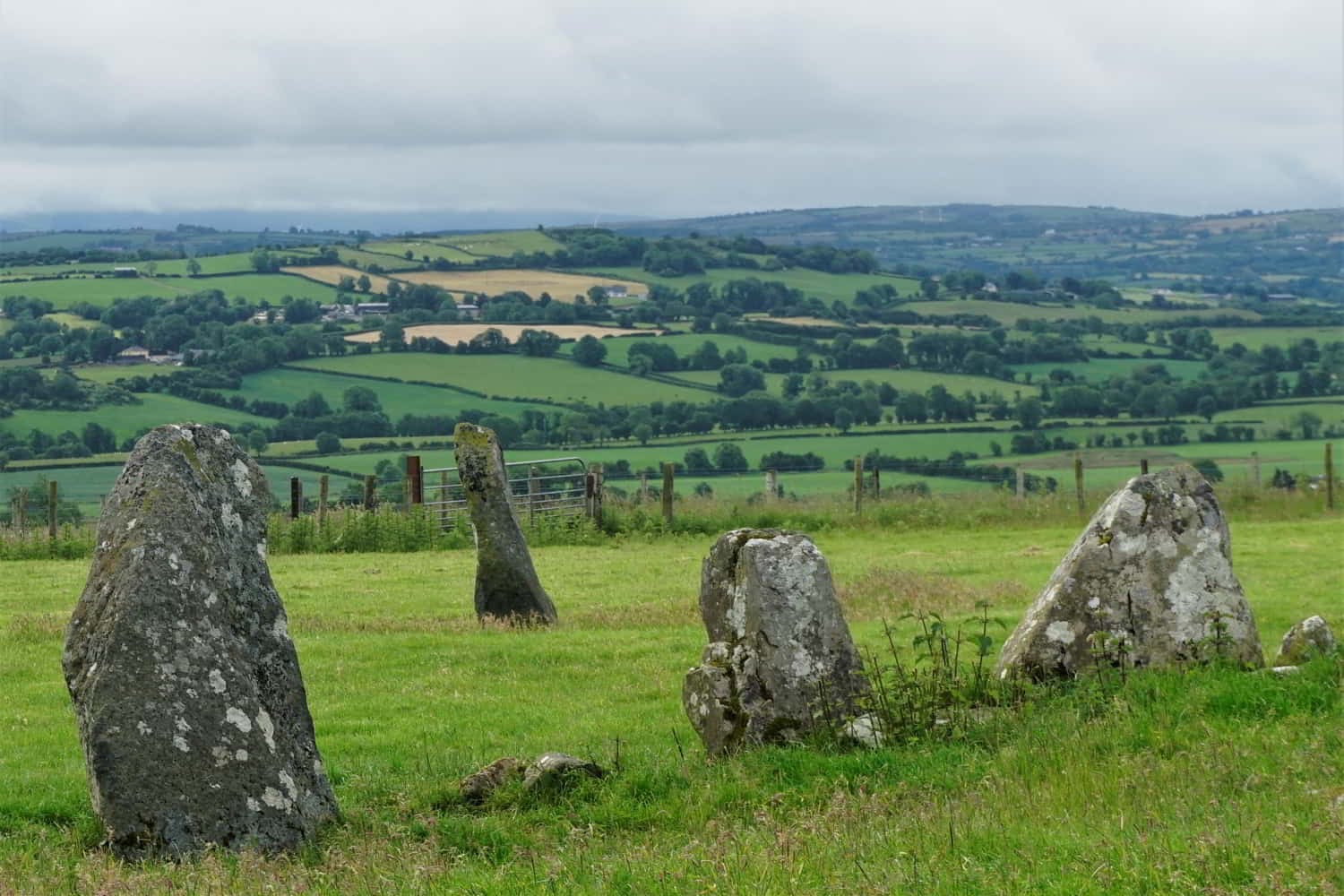 We know we are made of stars, forgetting we are also made from rock. How to take the measure of these stones still standing, as wetlands are drained, forests cleared and species flock to the in vogue red lists? 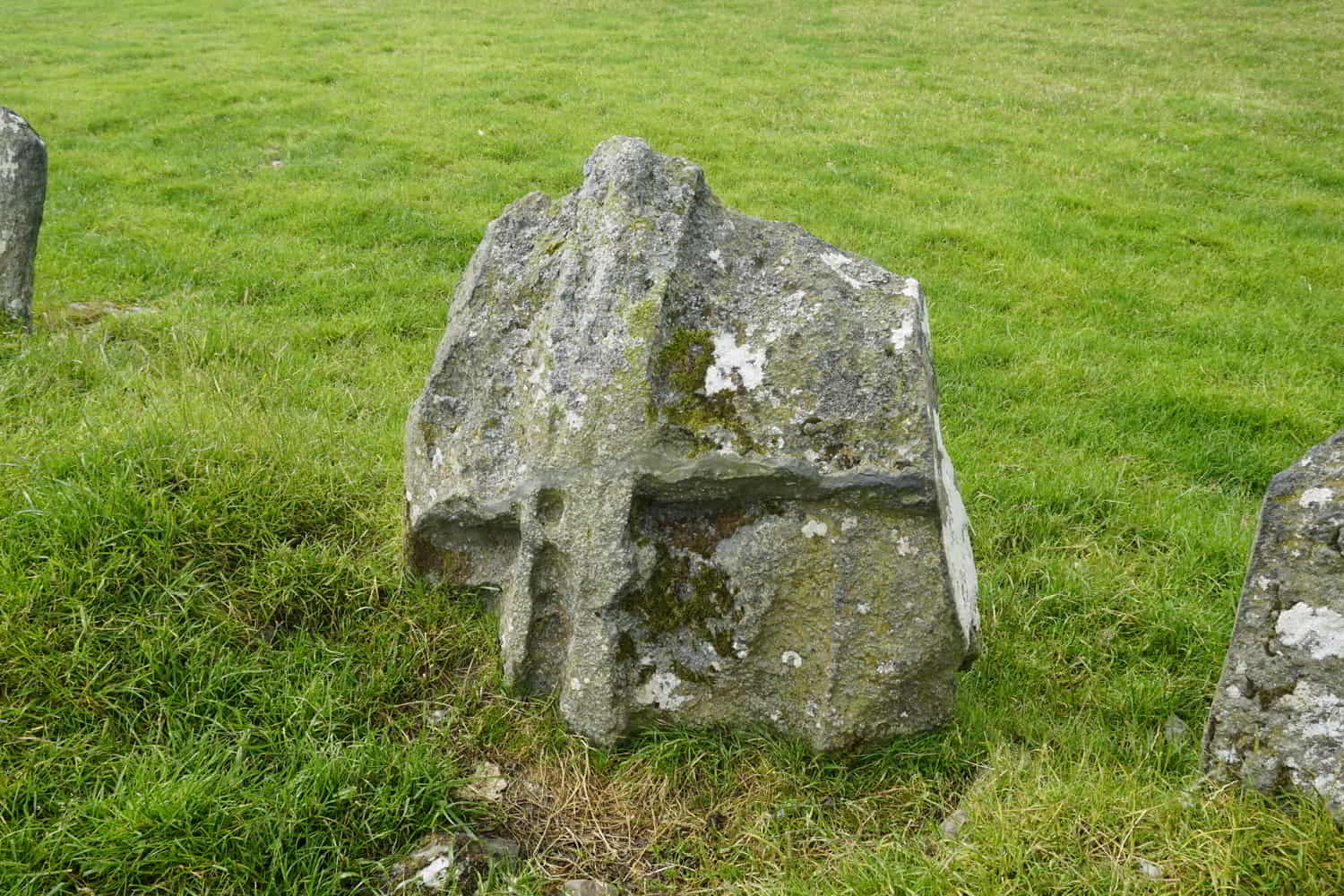 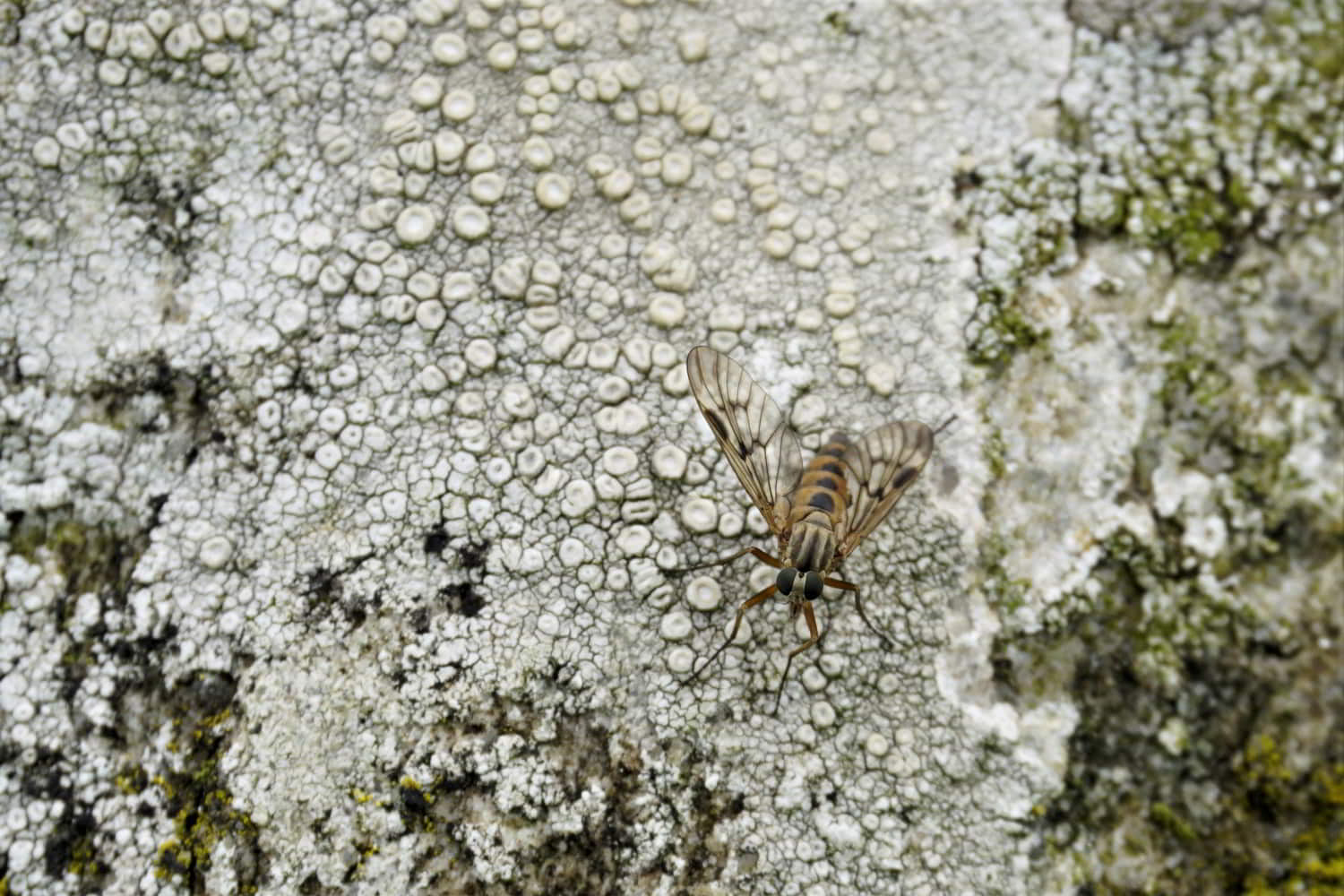 This hover fly is on a mission which I have failed to complete. You will have seen their extreme artistry, somehow holding positions in midair, motionless despite turbulence, rarely paid attention. They are important pollinators, may not pack as much pollen as bees, but travel greater distances and visit more flowers. 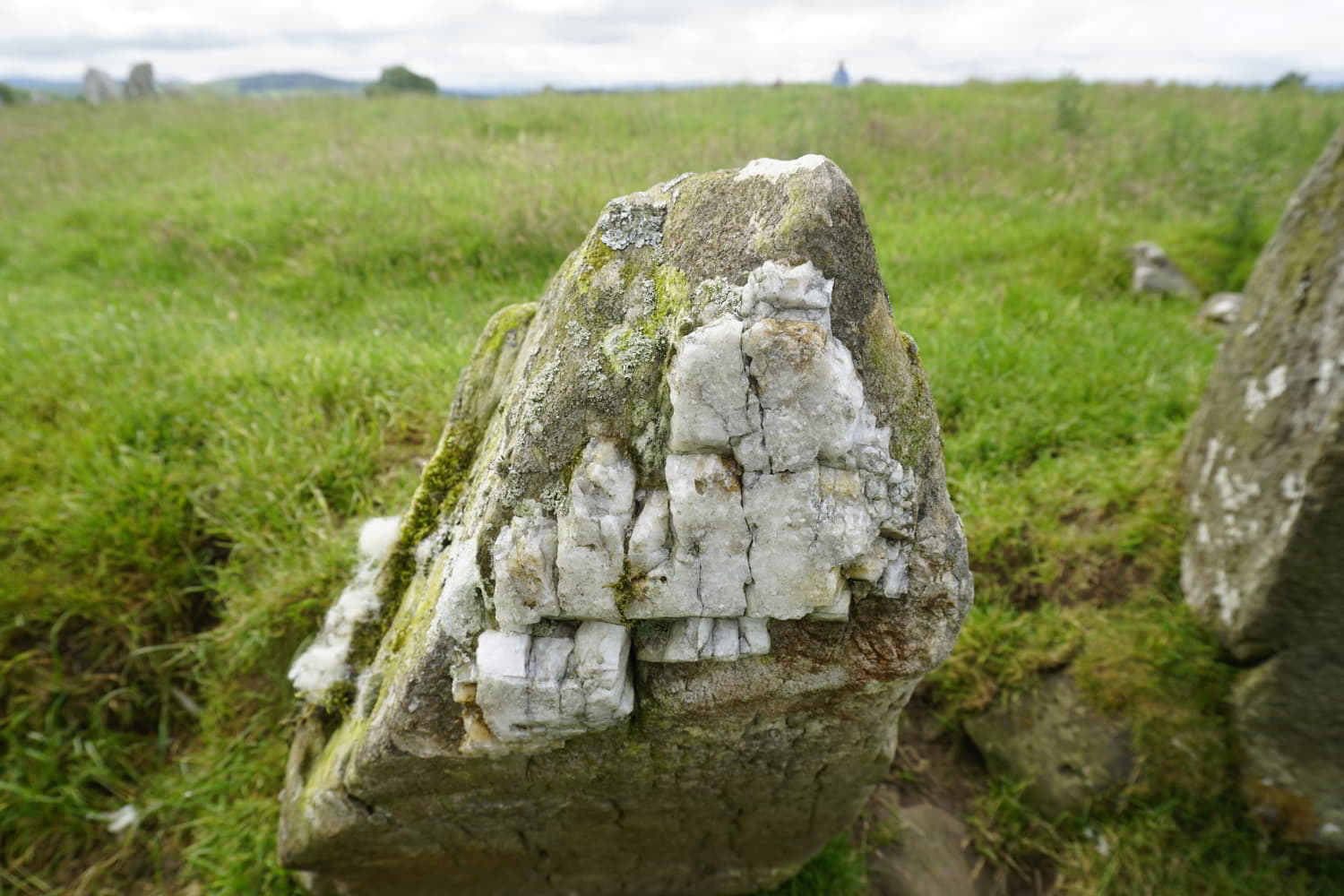 I touch stone after stone. Fifty years ago, their stone-age atoms hummed with haptic energy. Now I find I am rehearsing contact with archaic life.

Let’s celebrate these patient lichens blossom, not stone, not even the decapitated Iron Age head, a god wearing a torc excavated with a sour grimace. 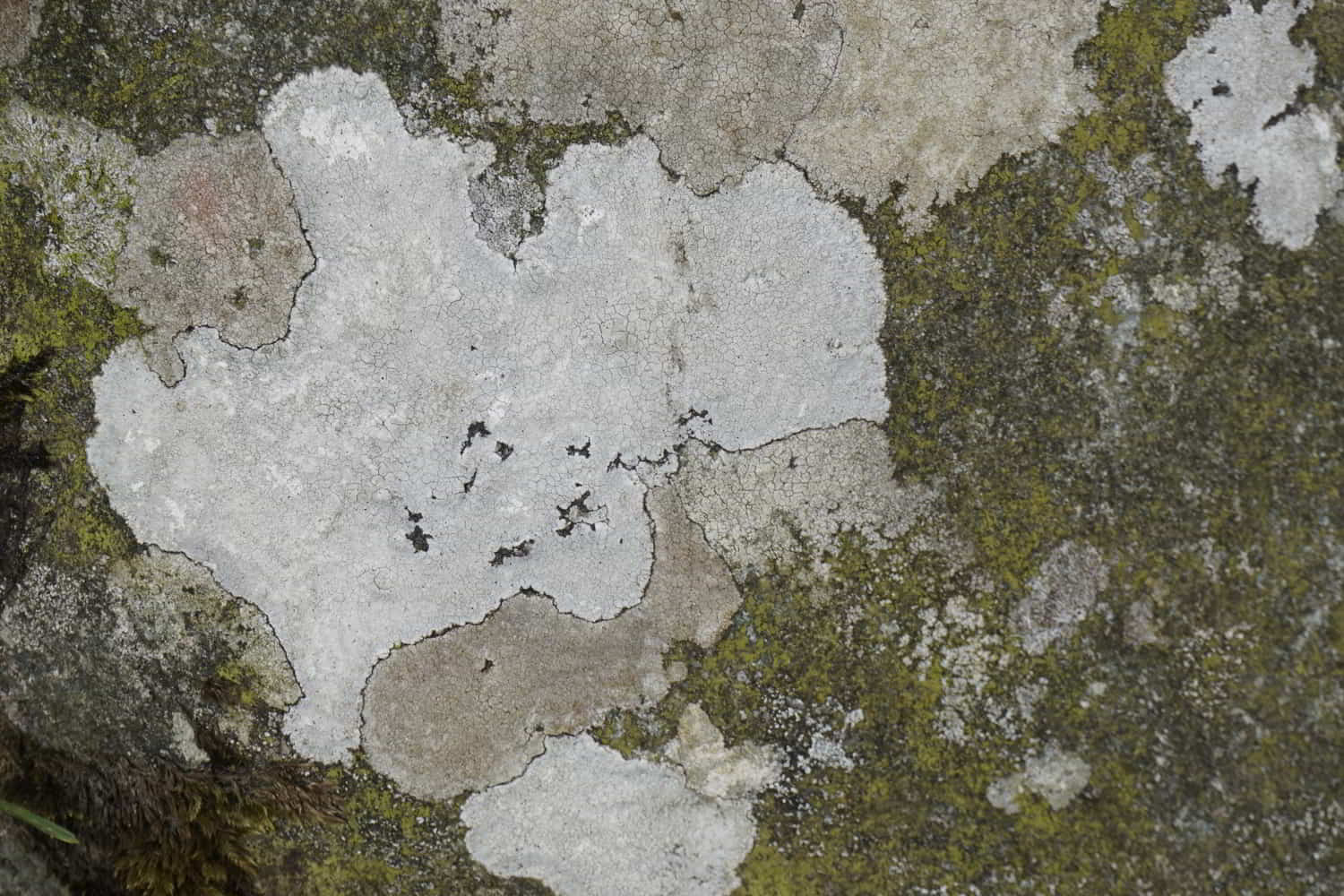 With over 400 million years of experience, these colonisers successfully cultivate what’s available, hot and cold, wet and dry, only stopped by the sea. Like us, lichens are symbionts of fungi married to algae. As they grow and age, they become less likely to die and easily outlast hammer, anvil and petrous pyramid, the vitreous bodies, spleen and bone and axon.

Fertile lichens are bioindicators of toxicity, Donegal has been spared air pollution which is gassing so much of the planet. 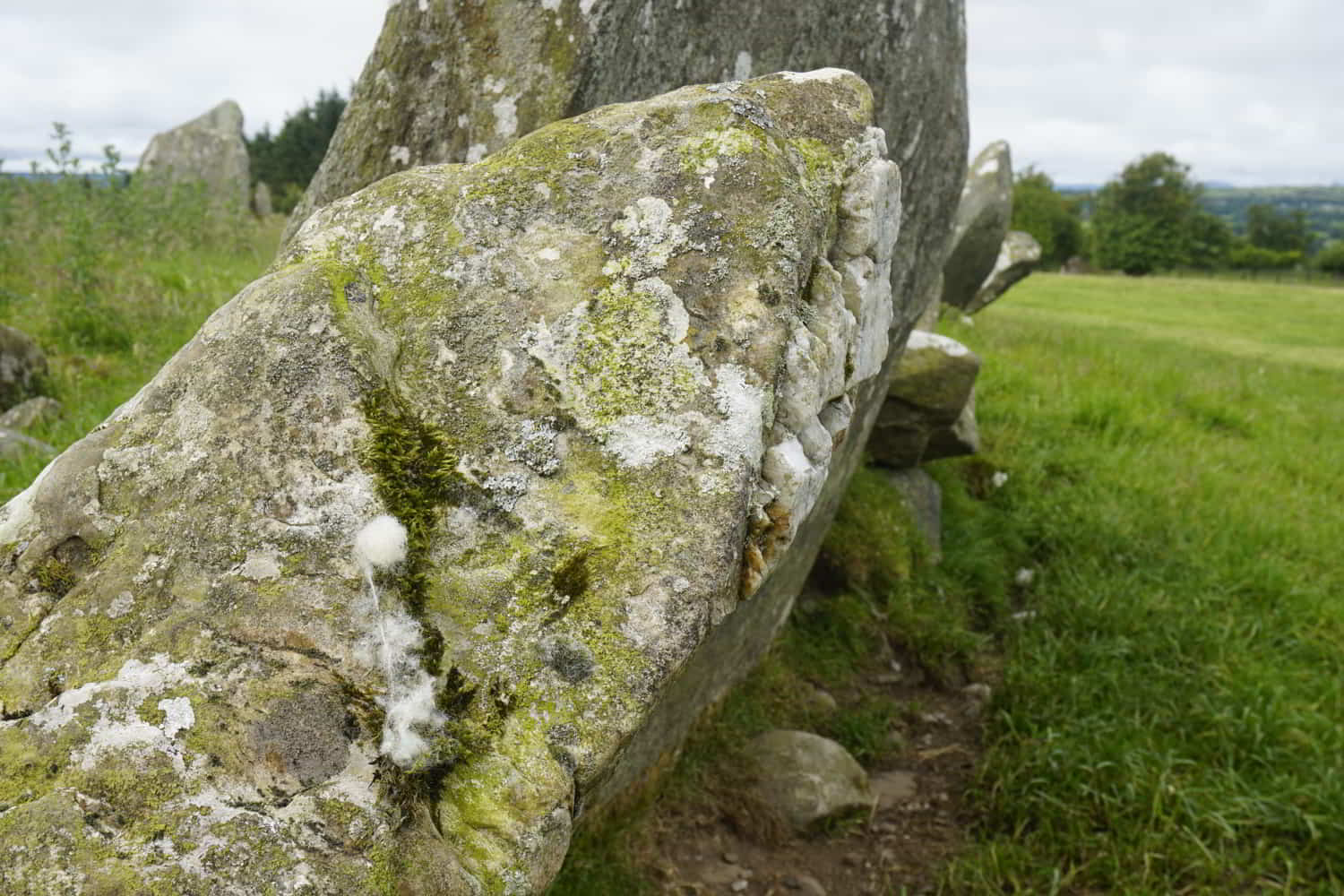 I catch sight of a Druid coming closer, revealing green and purple iridescence. (Druid being the Irish for Starling, pronounced drewitch). The past is almost uncovered by the cries of sheep from the farm below, a sacred sound, the noise of sacrifice.

How to begin to listen to chiming icicles, howling wolves, the bugle of an Irish Elk, his bass growl lifting to a screaming crescendo? A spill of silver paint, outlining Gondwana, is surrounded by others. We need reminding, lichens are ecological workers composing soil and recycling nutrients.

150 years ago, the Swiss botanist Simon Schwendener was ridiculed for suggesting lichens are composites of fungi and algae. Lichens have evolved so many times, from different lineages of fungi intimate with different species of algae. Each combination creates a new configuration, form through fusion.

Most look like they are sleeping, clinging on tight for hundreds of millions of years. 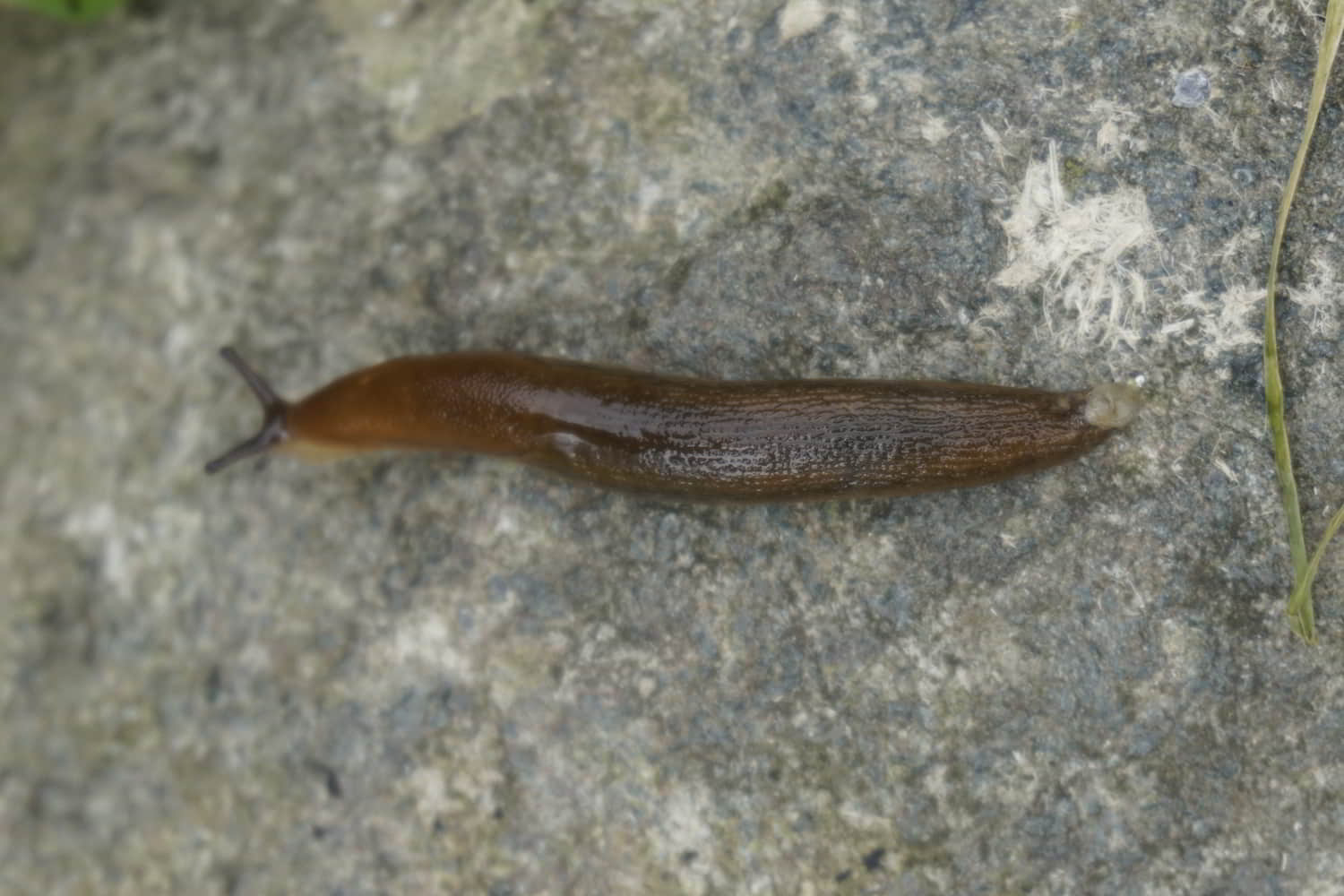 A slug is slowly moving out of focus, but playing a part in the service, feeding on decomposing vegetation and a tasty morsel for birds and mammals.

This perimeter has little interest in the spreadeagled fields or the hills above the tree-line, scratched by gorse and heather, and planted with wind farms.

The site crowns a view making place special, but to what purpose? Let’s agree that sledges and rollers were used, what’s left to agree on? We still need to understand life. 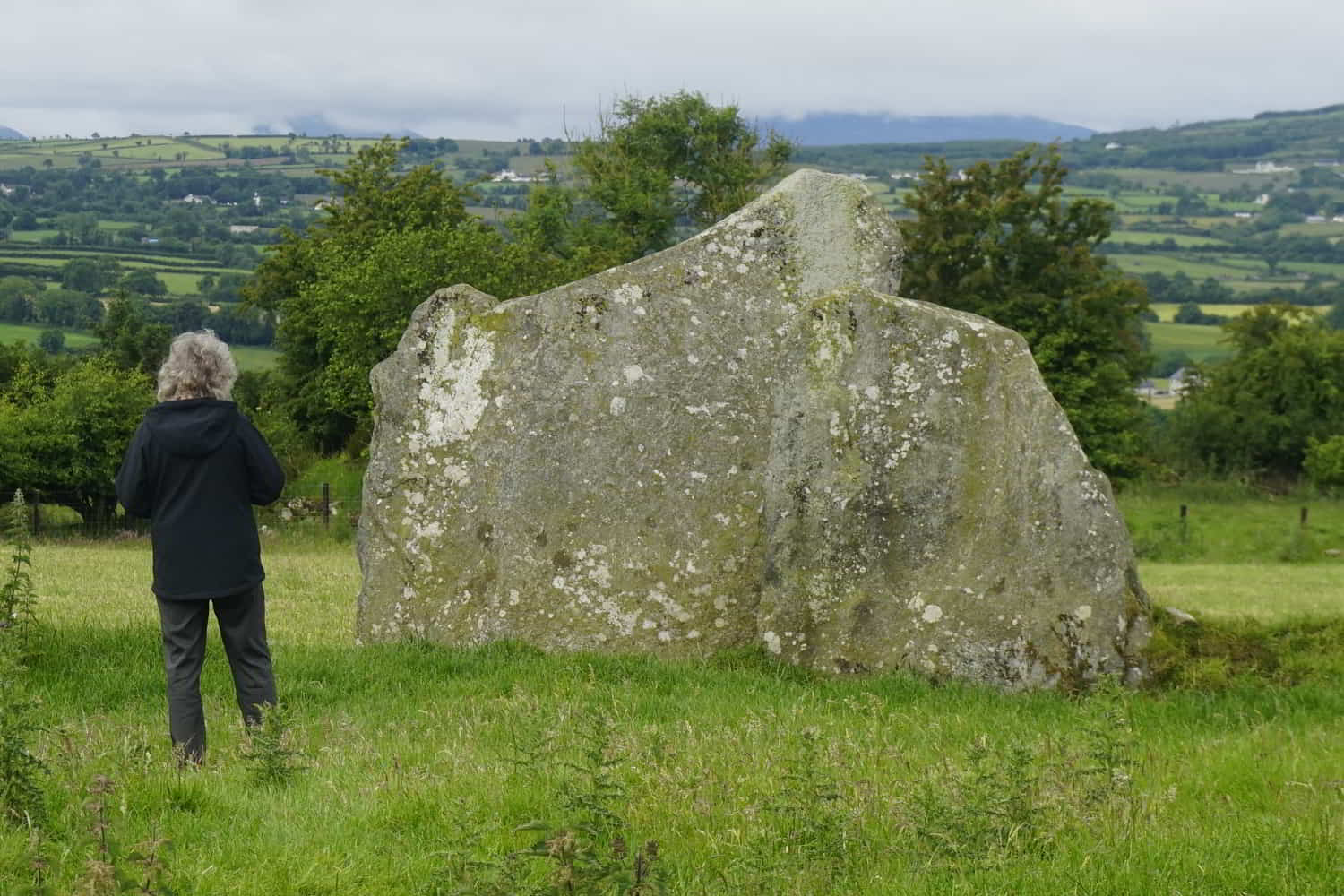 Sun splashes weakly on the cultivated pastry-cut folds. Landscape is life. The ancient deciduous forest, once a naked winter wonderland, has lost its ascendency with members in decline: 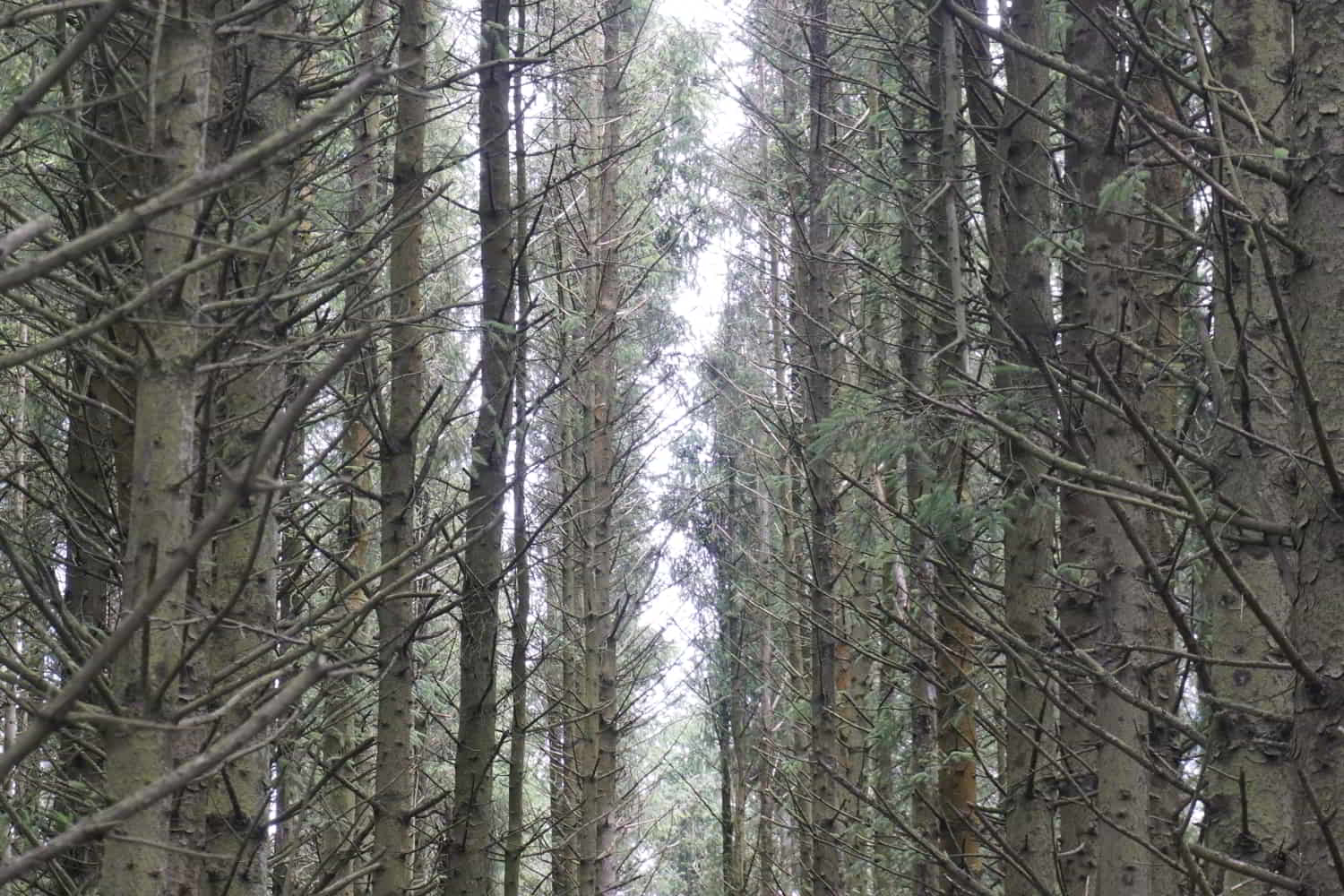 To the north, a small stand of fast-growing Sitka spruce submits to plantation order. The fallen upset the ranks, a tall geometric grid, more poles than trees. The ground is whittled down, speckled green by ferns and mosses. 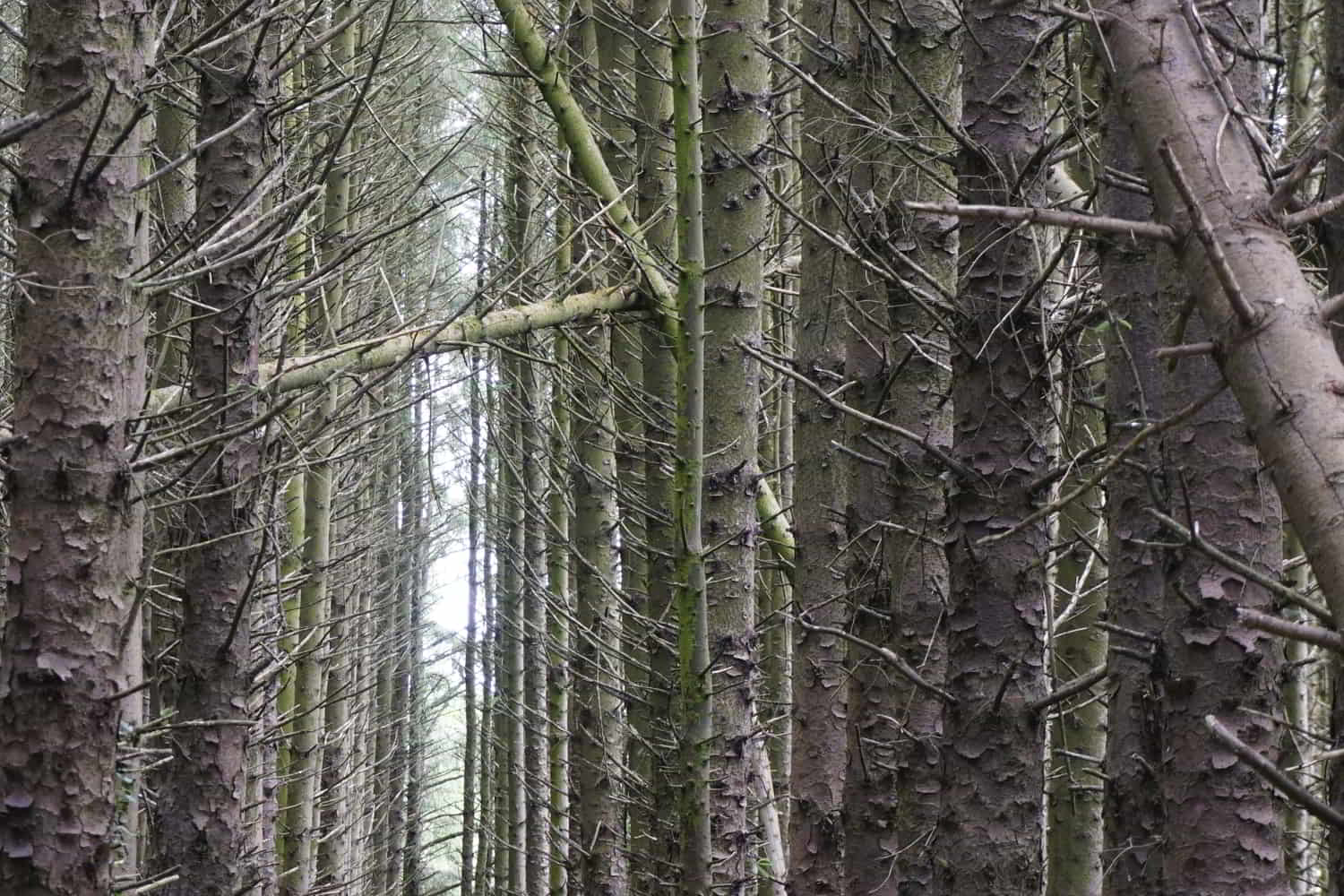 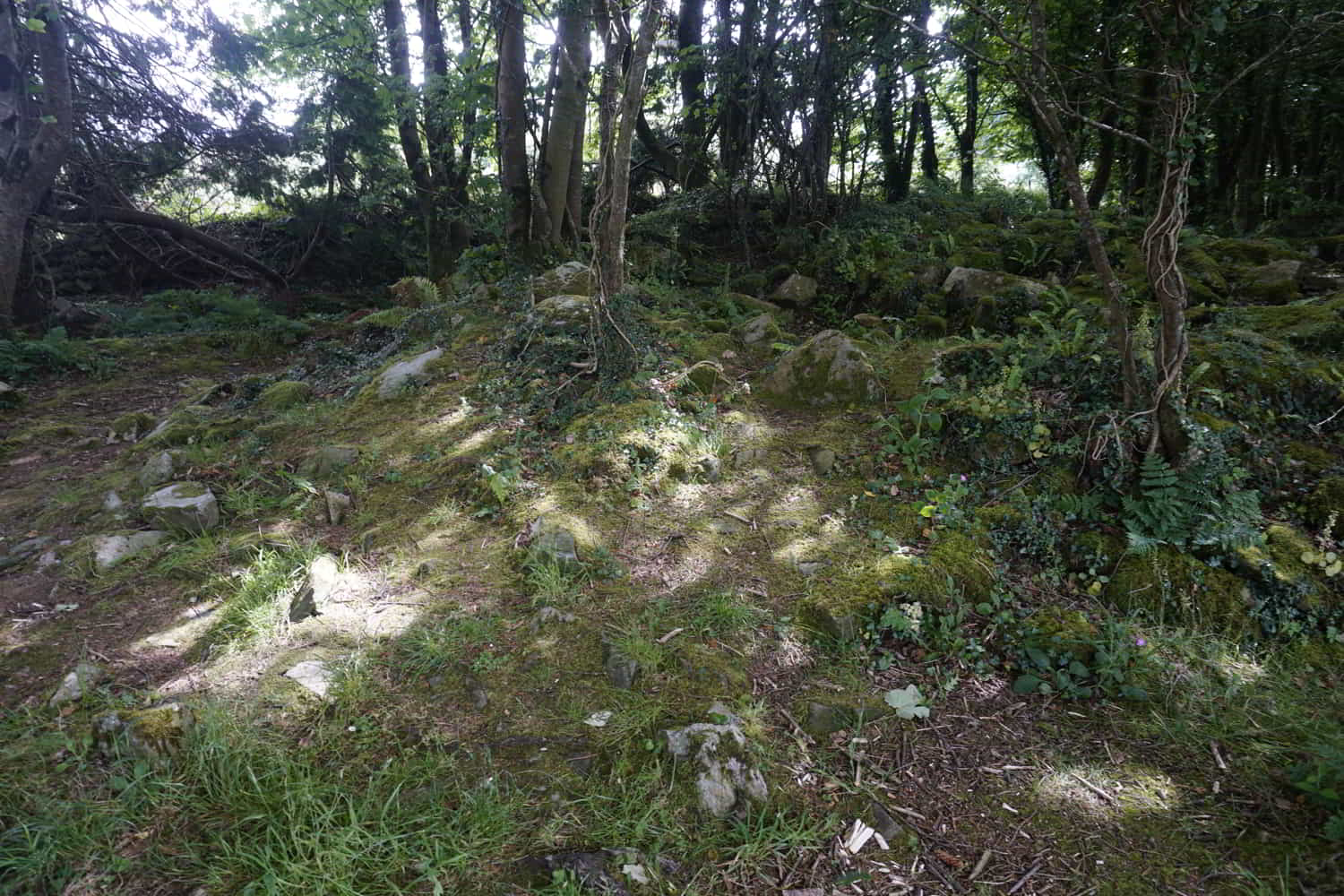 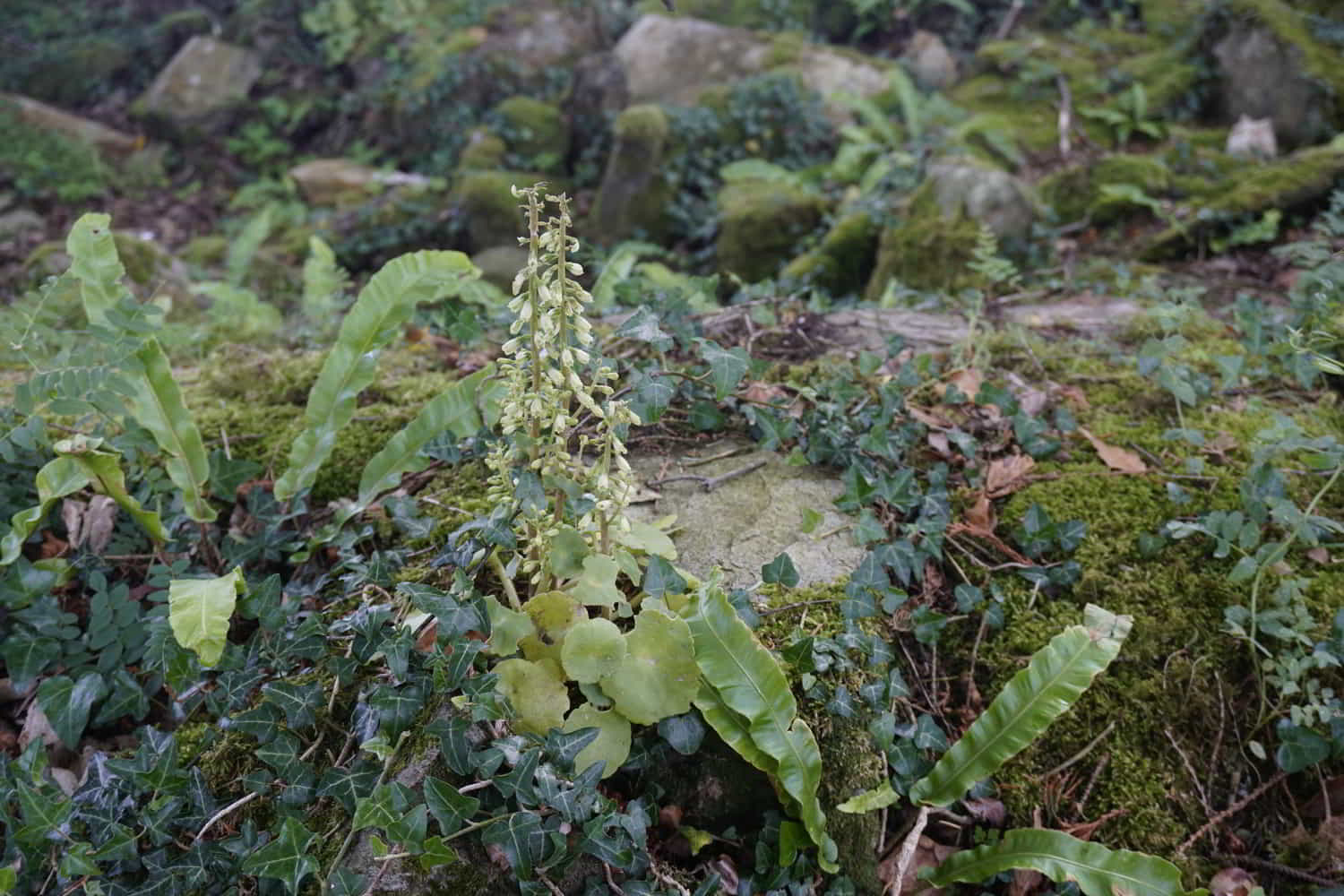 It corrals a circular ruin. The woods in Ireland are ruined. 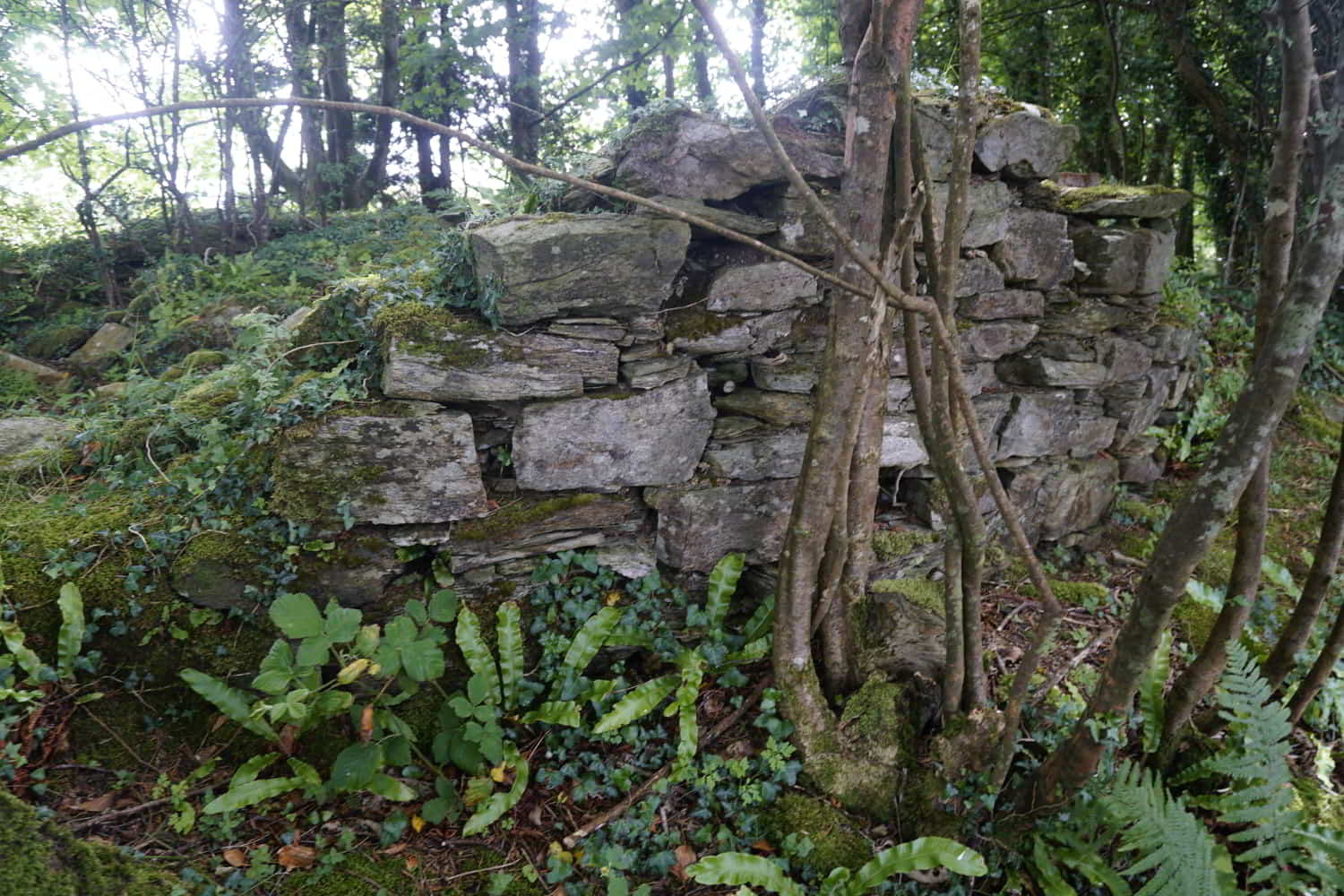 I find an artefact, a shard of culture lost, discarded or positioned. 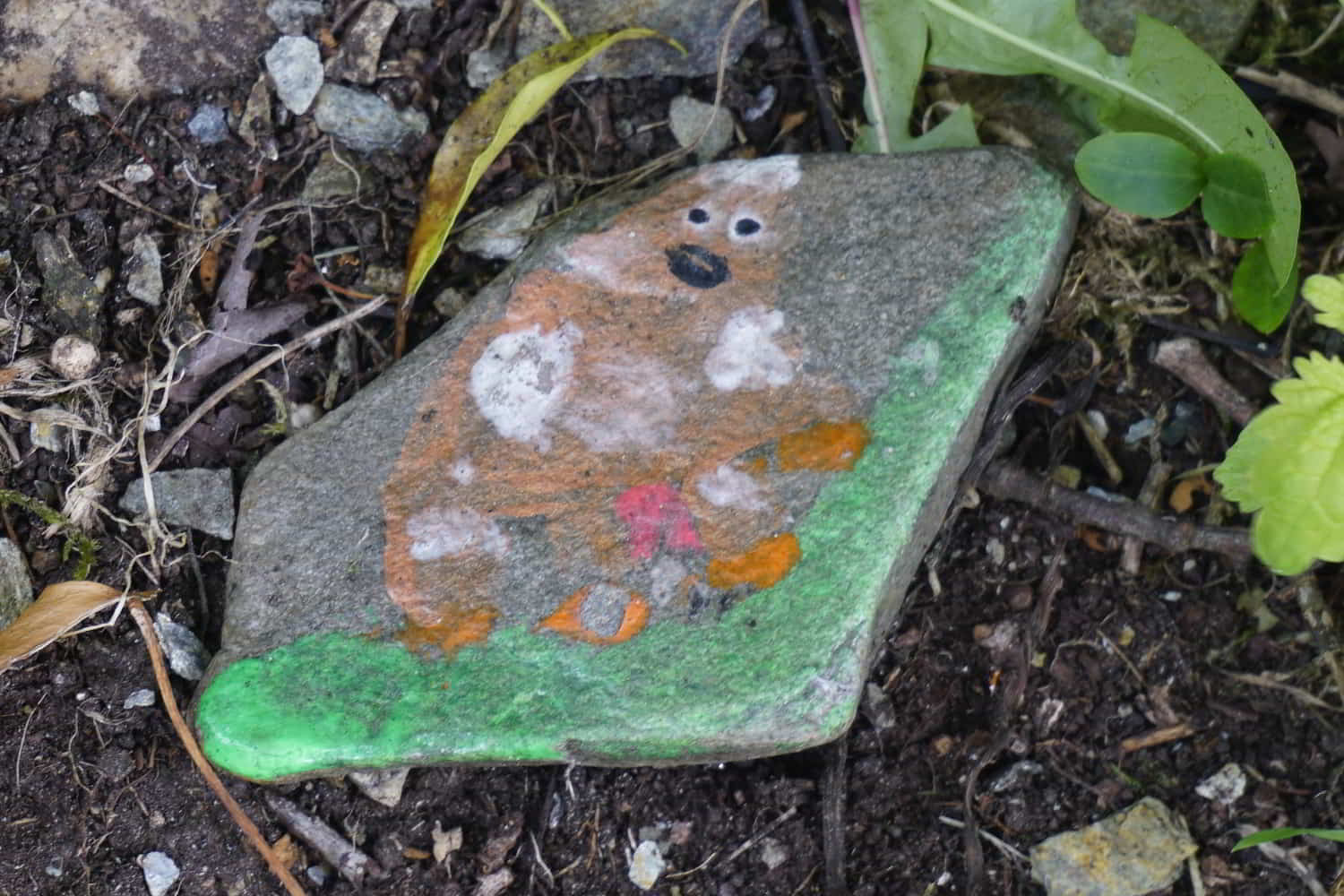 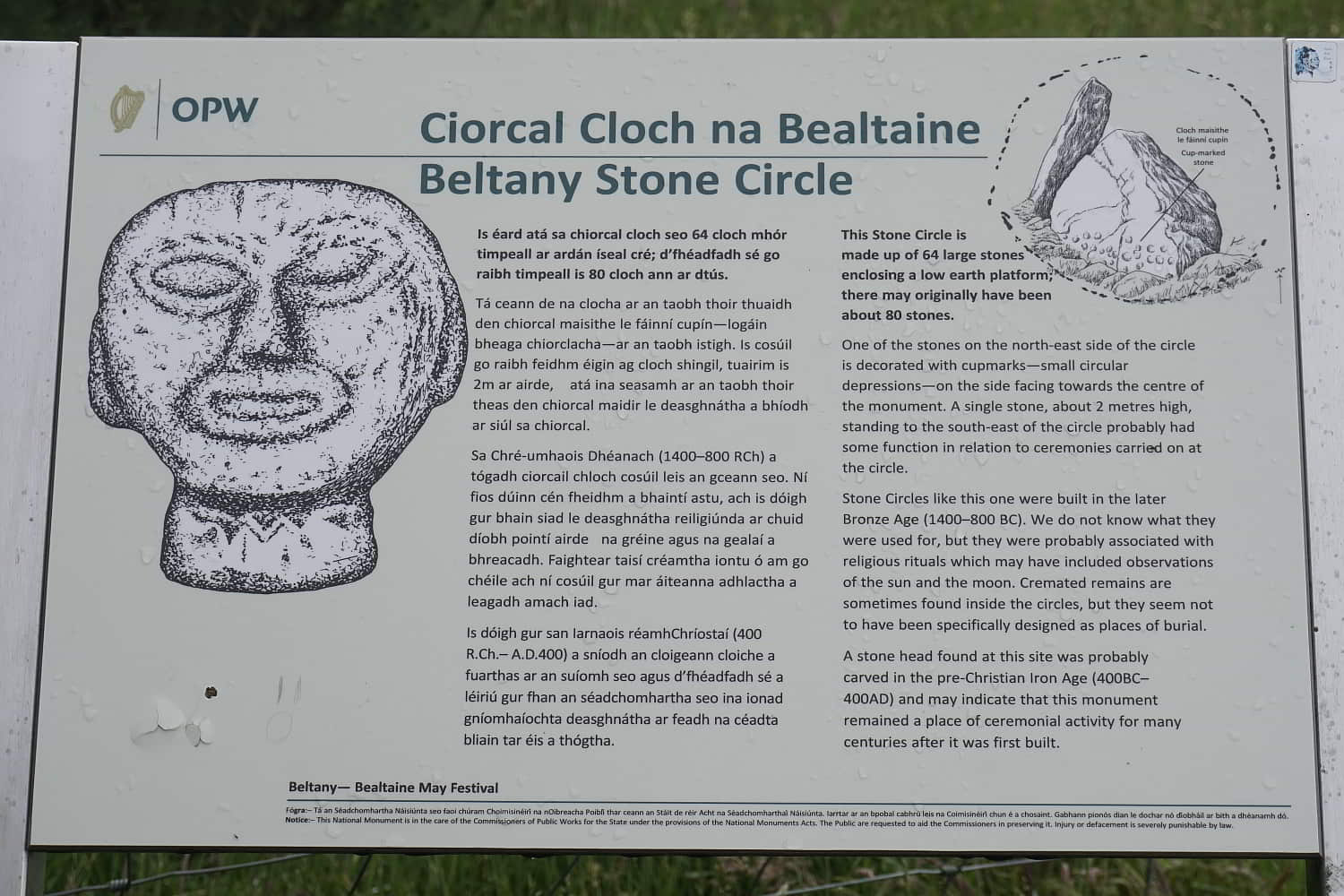 There are still lichen controversies: ‘Are the multiple species of fungi interacting mutualistically? With each other? With the algae? Are some parasites? Probably the answer to all questions is yes. Regardless, the data support an emerging consensus: Lichens are ecosystems as well as organisms.’ Anne Pringle, quoted by Ed Yong, ‘The Overlooked Organisms That Keep Challenging Our Assumptions About Life’, The Atlantic, Jan 17, 2019.