Across this video was the message: Asset: Customise your CNC plasma cutting machine package. Learn More! And I thought the tech companies prided themselves on targeted advertising.

I have been a mbira fan ever since seeing a Thomas Mapfumo and the Blacks Unlimited gig in a black township, Harare, 1990. The band played for a couple of hours. I was chatting to one of the musicians while we were standing at the urinals, gushing how great it had been. He said, wait. I didn’t know they were warming up, Thomas Mapfumo hadn’t appeared yet.

[Concert to 3’06, then an interview]. This video from a year later with the two female dancers, brings it all back. Wyn and I danced like wild things, the Africans swayed, beers in hand.

I bought a cassette I wore out, fully released as ‘Chamunorwa’ in 1991. Each track a stand out. I discovered Stella Chiweshe in Holland later, while staying with friends we had met camping at Great Zimbabwe.

In 1973, Thomas Mapfumo went to a mining town of Mhangura north of Harare looking for work. He met a few musicians who all worked at a chicken run and they formed a band, The Hallelujah Chicken Run Band, experimenting with the Afro-Rock pioneered by Osibisa. In 1976, he was in Harare, and formed he Black Spirits. He then went to live in Mutare and the Blacks Unlimited came together formed. The Mbira is key, the instrument is both for entertainment and special occasions, in traditional healing rituals and burials.

Thomas Mapfumo coined the phrase chimurenga music to describe his revolutionary music which evolved during Zimbabwe’s struggle to gain independence in the early seventies. Chimurenga is a Shona word which means to fight or struggle. He was jailed by Ian Smith’s regime.

I go looking for the old Mapfumo cassette, find others bought on my travels. Most I have unloaded, but have kept a couple of hundred. 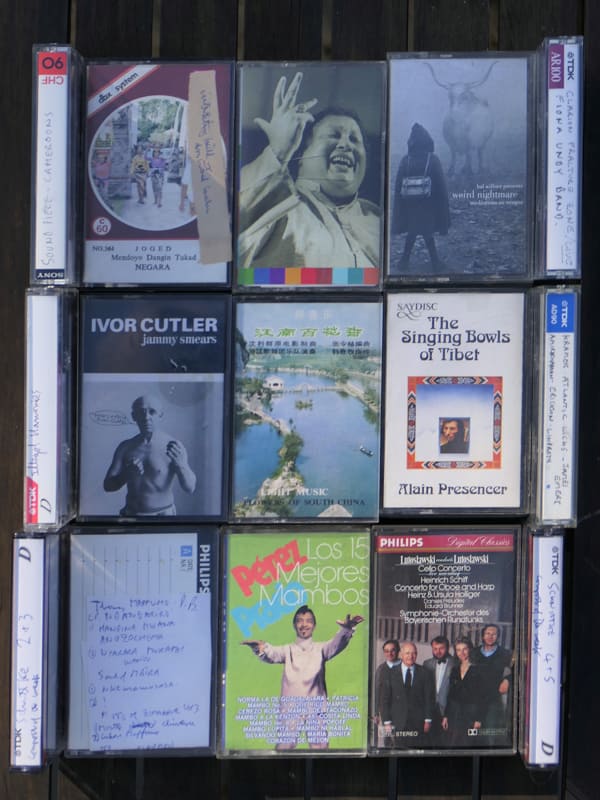 Perez Prado – first heard on a bus in the Yucatan and never forgotten. The bus driver scribbled down the name of the cassette for me.

Balinese Gamelan – just the one cassette found from many I once had. I spent a month in Ubud in 1981 and just about everyday day visited a different temple / concert.

Chinese music – Heard this while travelling through China on steam trains in 1980. Each long-distance train had two young women, DJs in white playing music. I would ask for western music out of curiosity and sometimes they had Beethoven. The only private enterprise I found in China back then was in Shanghai, Down a dead end was a stall selling busts of Beethoven! I got to like this music, but can’t find any information about this collection online.

Loving music is an asset in life.