The first thing I notice crossing the road to the tram stop (light train) is a neat still life left over from the night before. 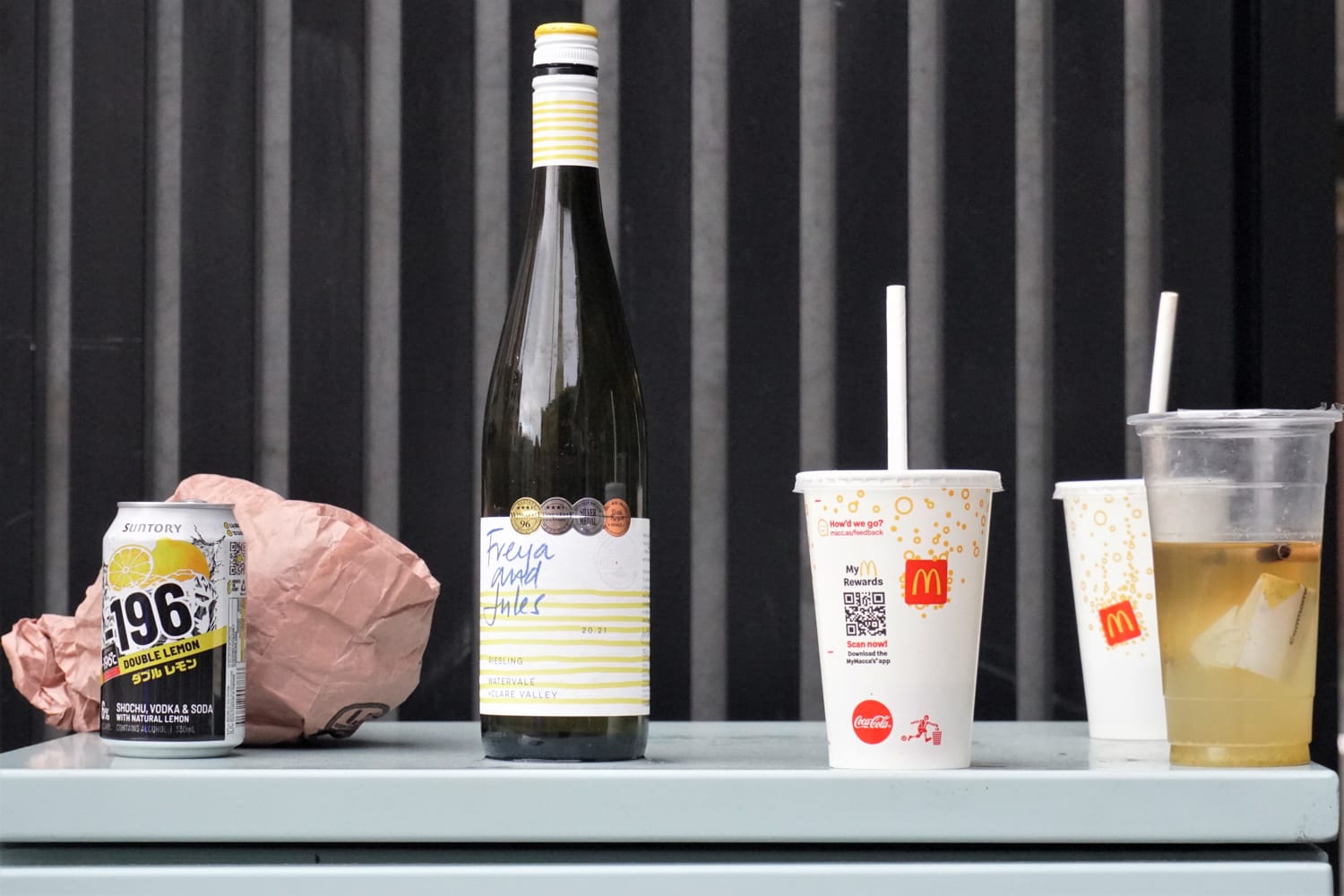 And next to offices where Wyn worked and I used to go for meeting – now a backpackers, or was pre Covid. 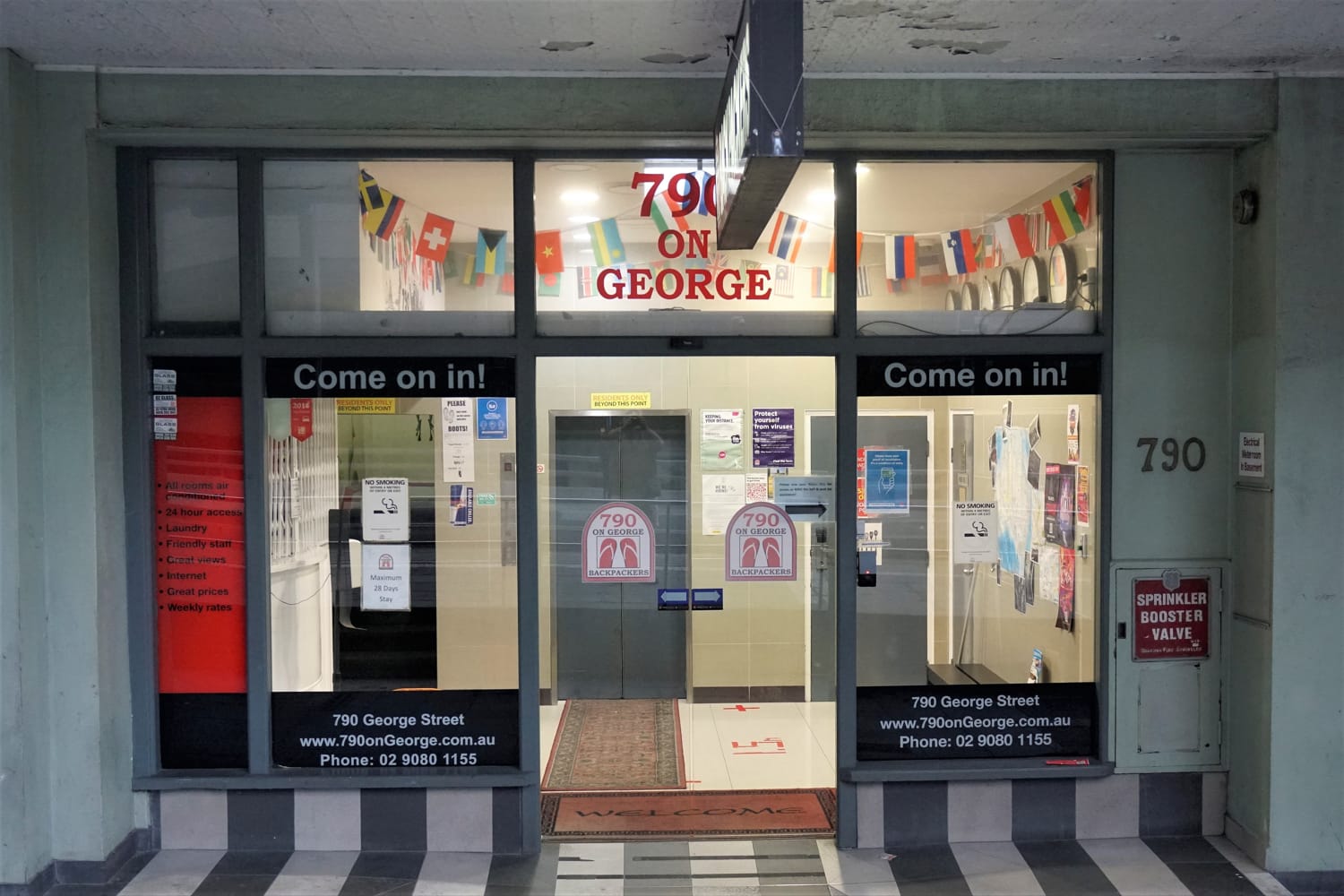 I get down to Circular Quay, adverts for Vivid (what else would they call the festival) make the Tank stream bronze fountain sculptures dowdy.[i] 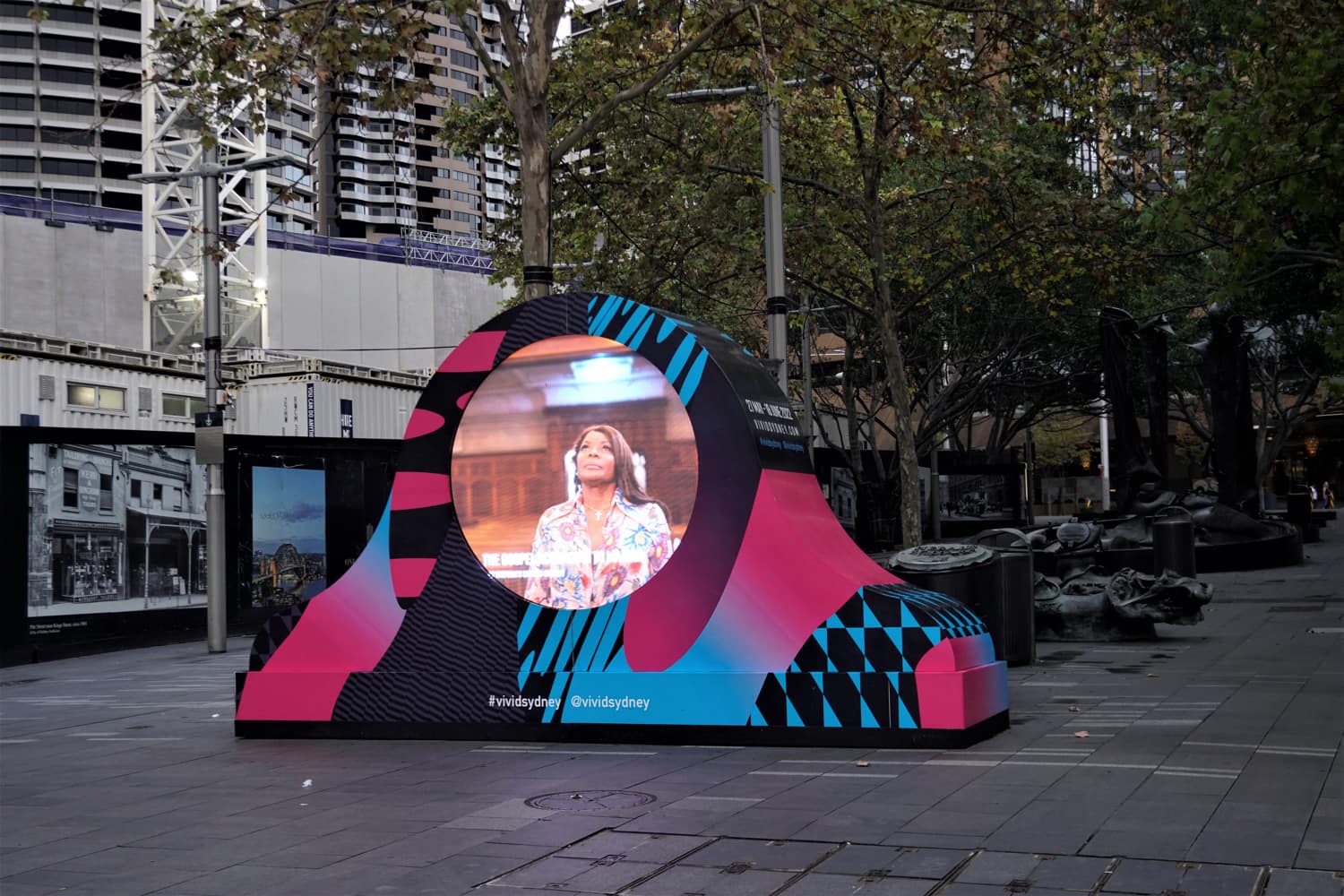 More still life from the night before. I could photograph the provisional chaos of the city all day and never catch the fragrance of a flower. 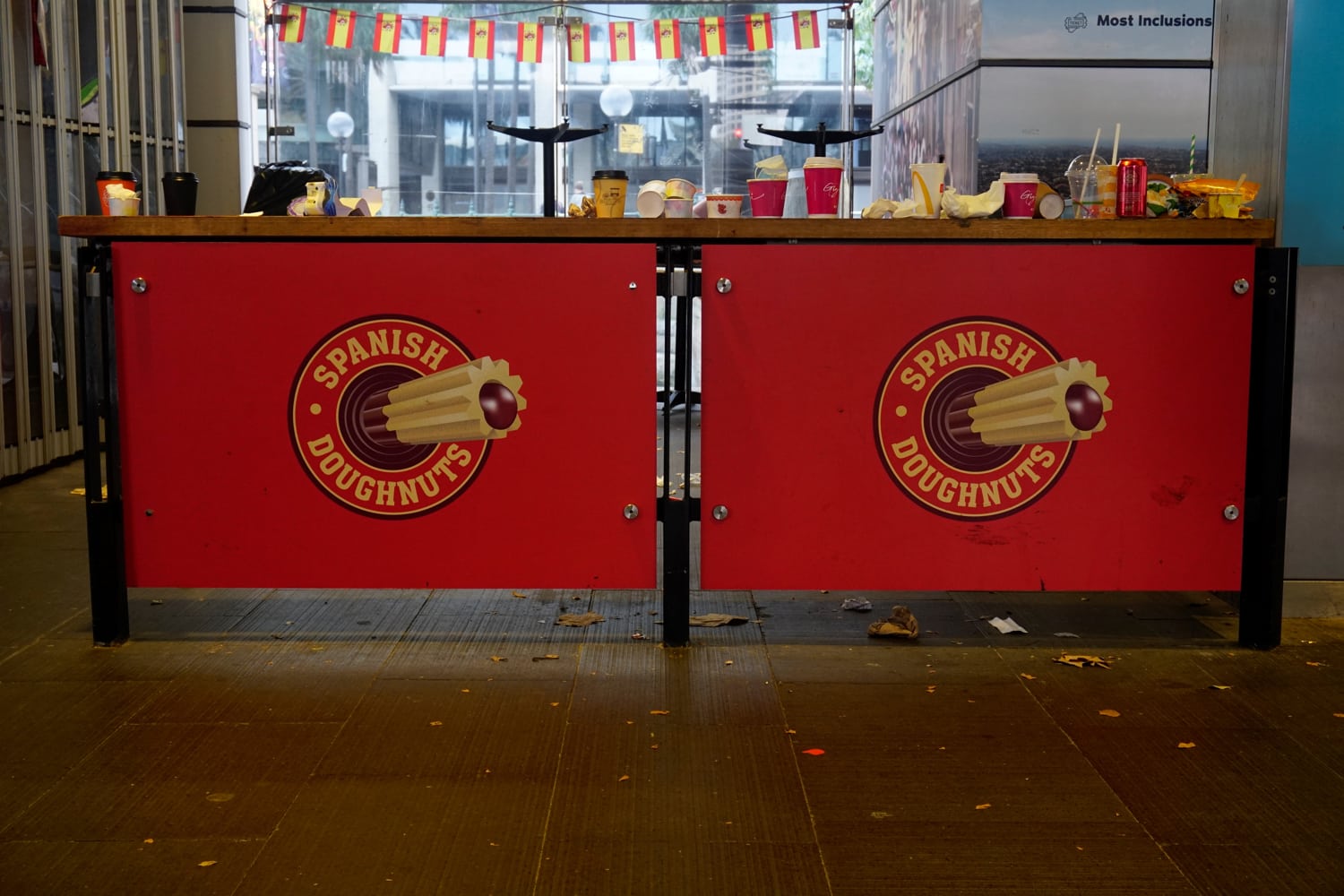 Colour is jumping out of the shadows and kicked along by shops, advertising and cultural entrepreneurs – a distraction – I still see the grime, the dirt, the tousled hair of the sleepers. 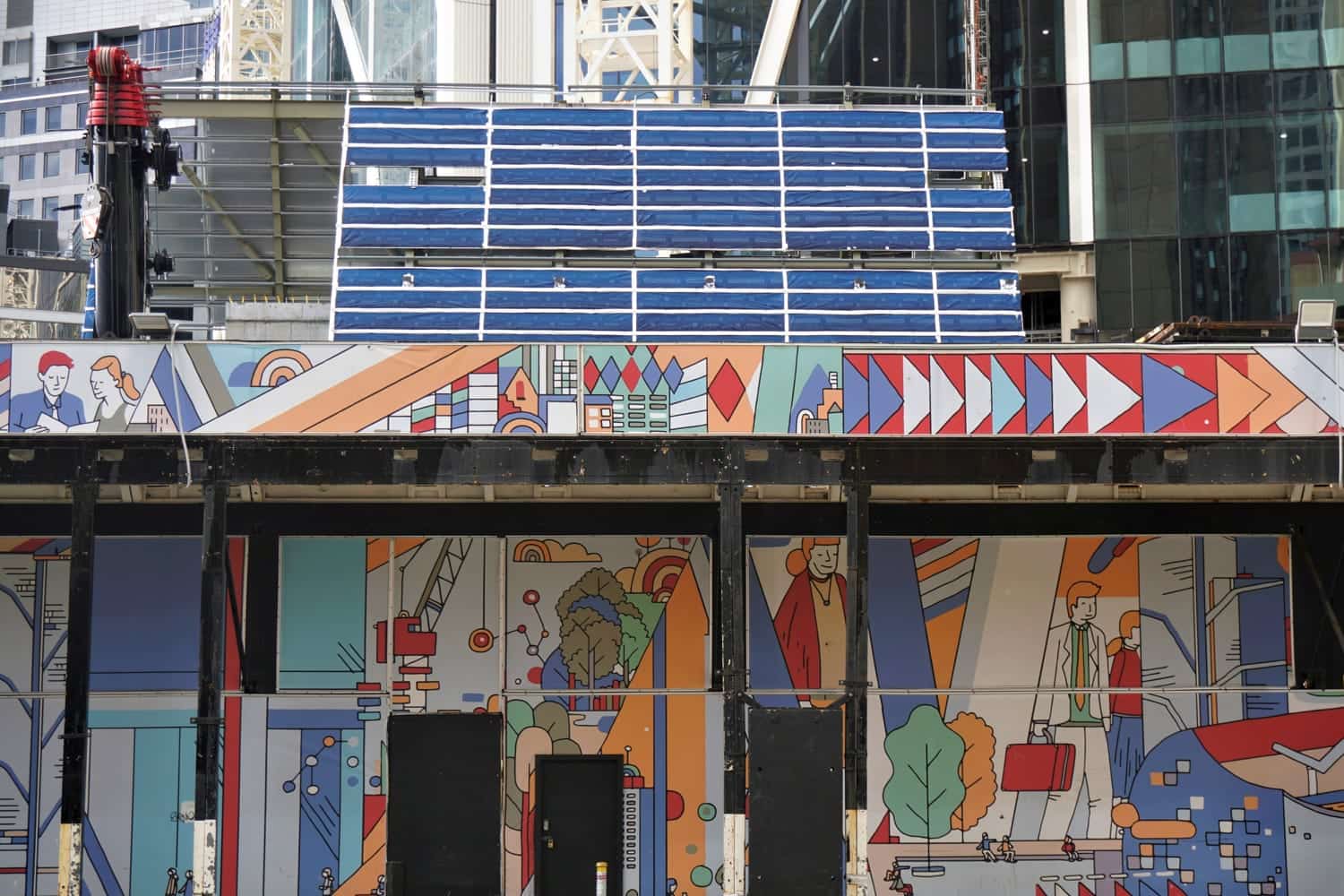 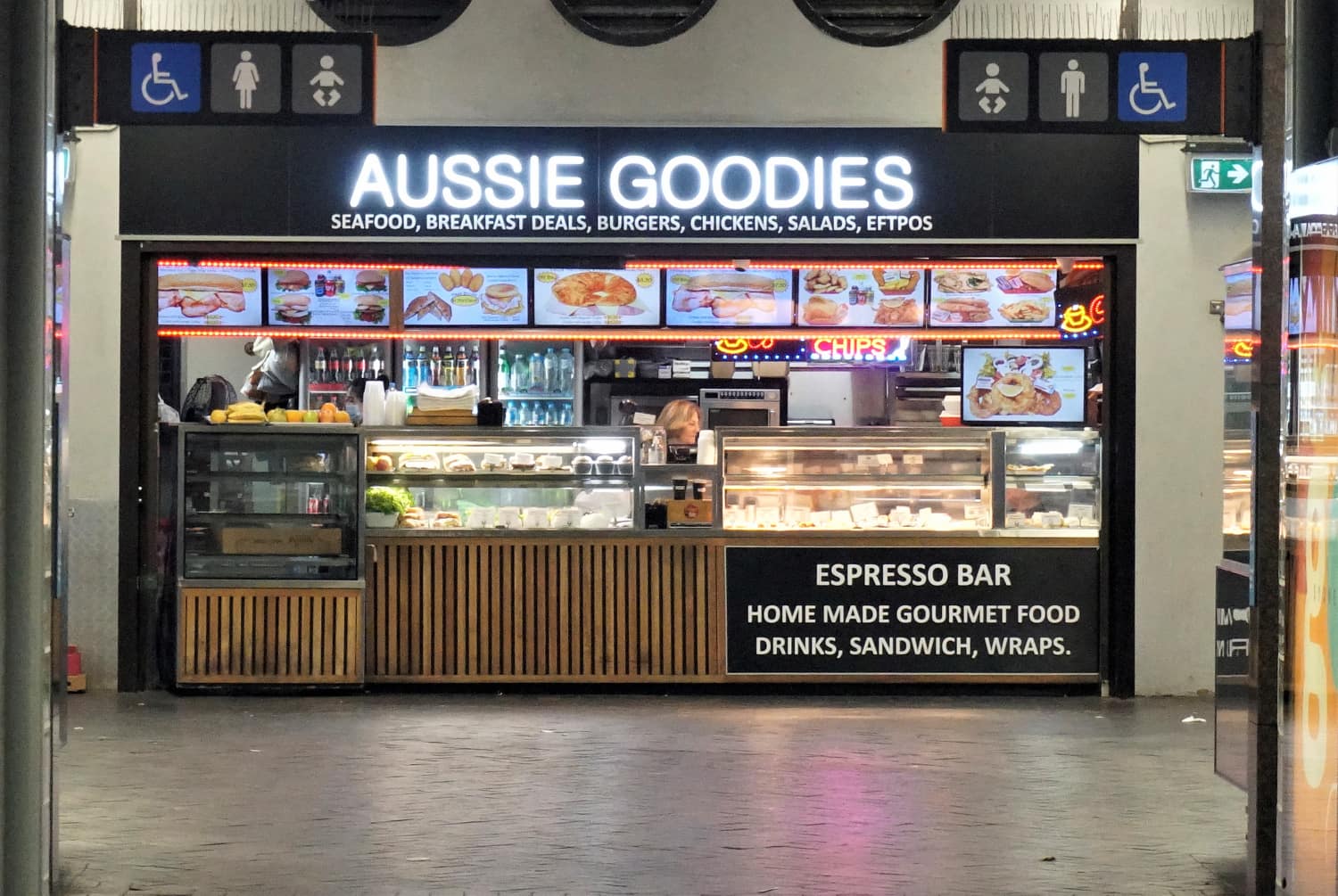 We live in a society where images are primary. Commodity fetishism points to commodities as intrinsically deceptive. Commodities have an aura of promise, of easy consumption hiding the labour involved in production, so that what you want to buy loses touch with its historic, political, environmental and labour reality. 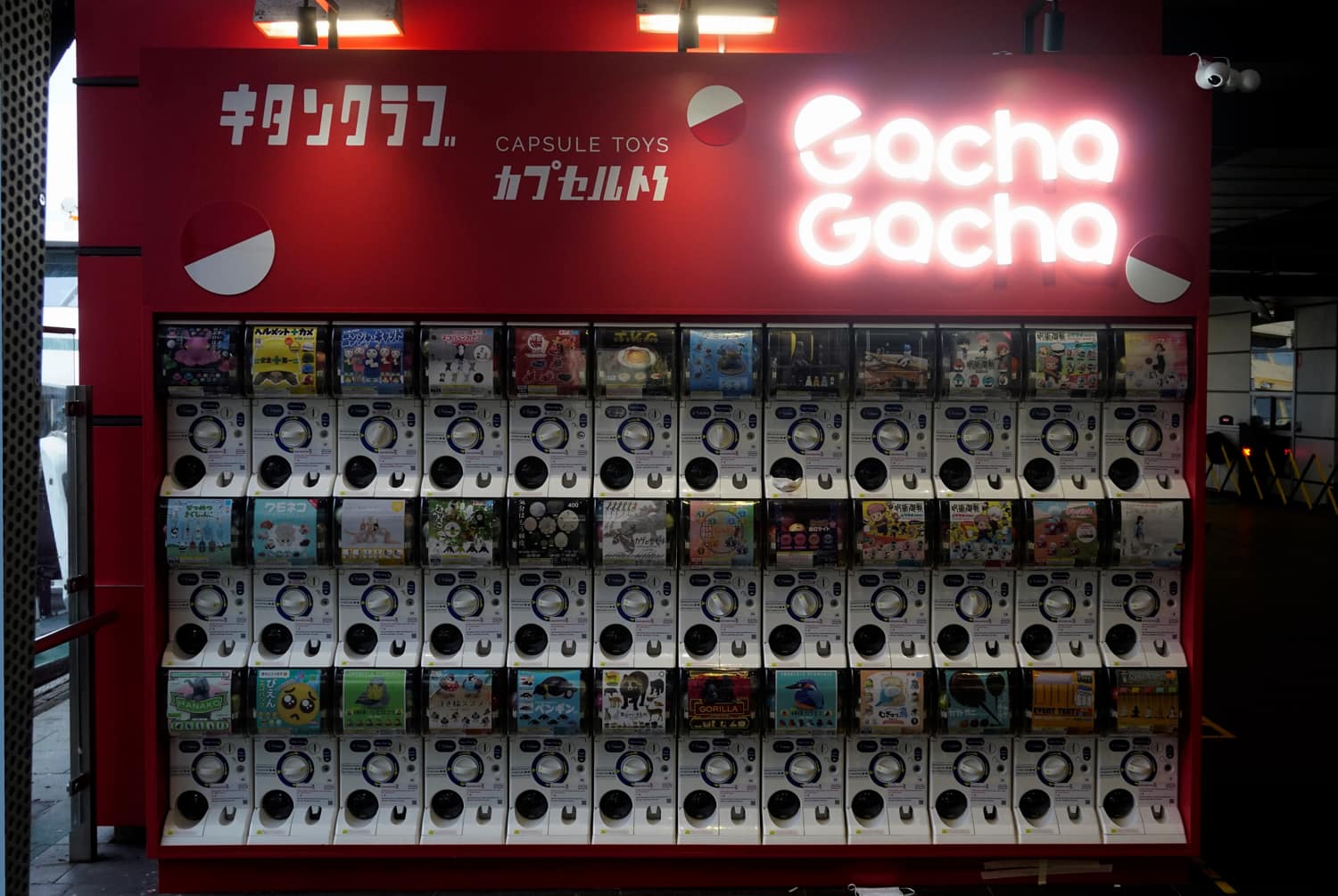 Debord using a base of Marxist concepts (capital, alienation, commodity fetishism, ideology and reification) examined the fulfilment of commodity fetishism, of exchange value over the use value of objects) through the language of capital, composed of signs (language and images) that trick us into believing that the capitalist society of ever-increasing growth is the only way and the natural way. 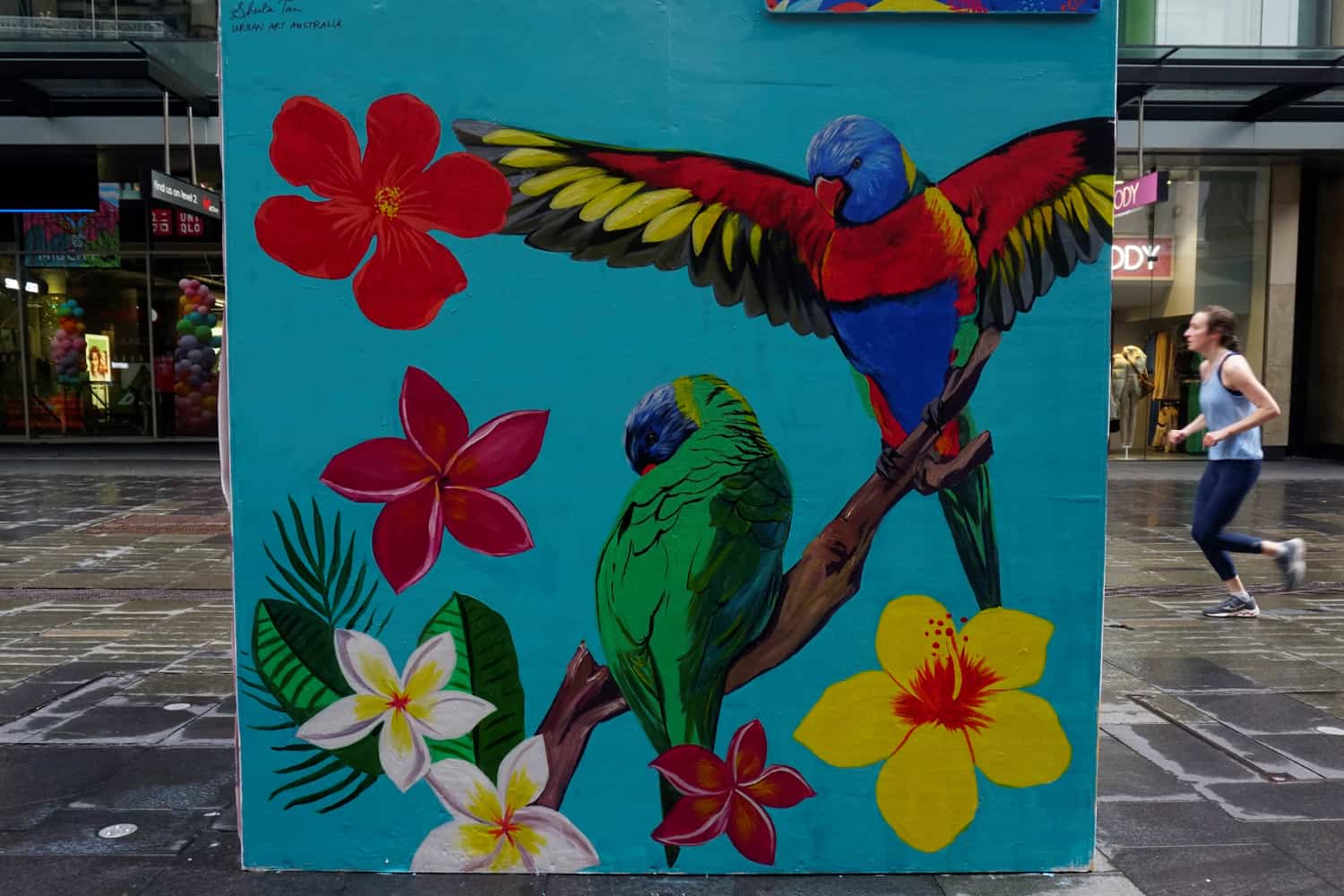 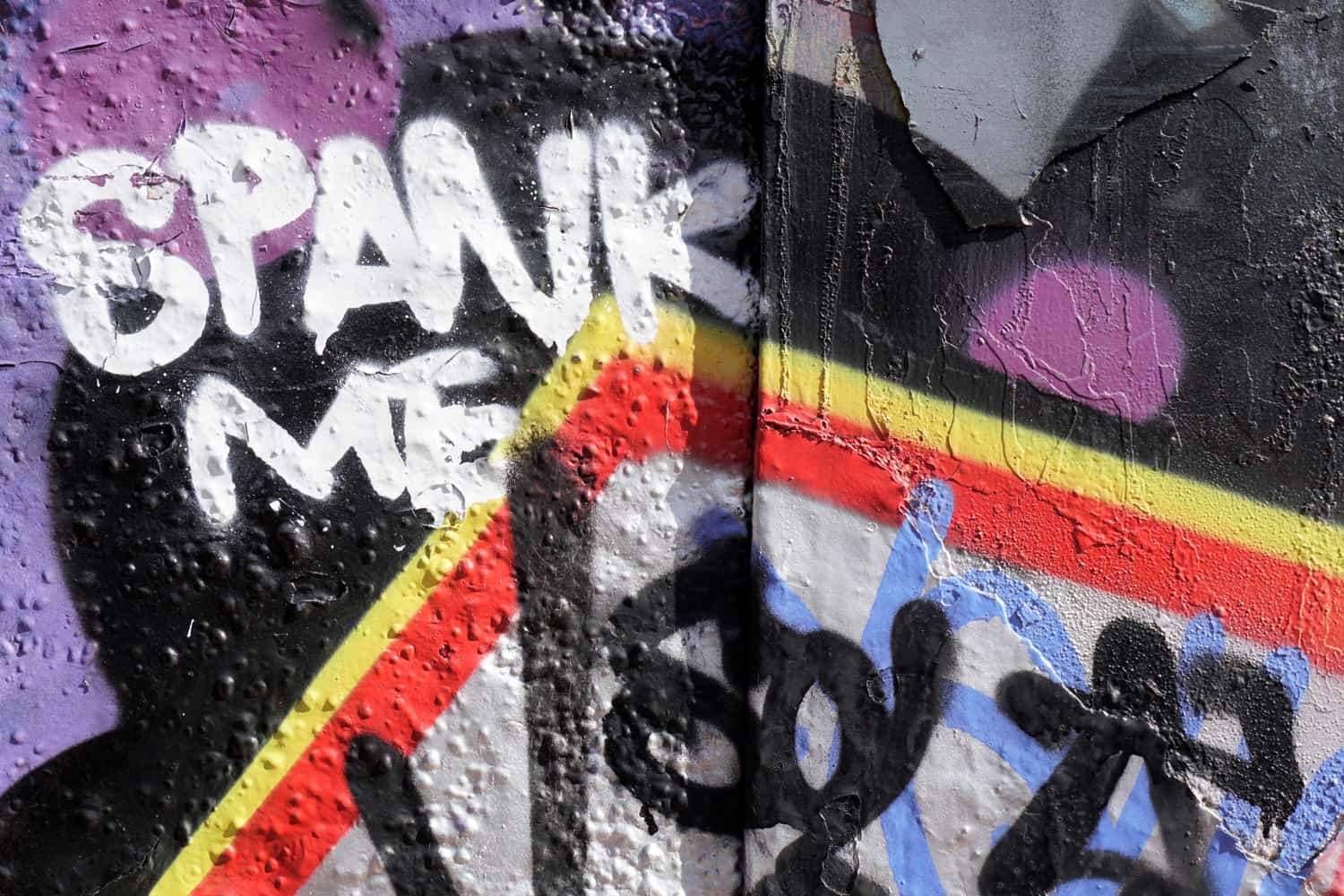 [i] By Stephen Walker in 1981 to commemorate the 150th anniversary of the Sydney Morning Herald newspaper. It features flora and fauna including frogs, snakes, goannas and tortoises. A plaque set into the ground reads: “The Children’s Fountain – Dedicated to all the children who have played around the Tank Stream. Presented by John Fairfax & Sons Limited, 1981″.