Our ecological garden is primarily concerned with local habitat and biodiversity. Gardens are artificial constructs and always have some formal elements, but in ecological garden self-seeding trees and plants proliferate and local ecosystems, for healthy insects, invertebrates and plant communities.

An ecological garden uses hand weeding  and herbicides sparingly -if at all. It’s called ‘wildlife gardening’ in the UK.

A garden needs a daily inspection. Bagmoths stripped a small wattle beneath our front steps, in front of our eyes, in three days – we were not paying attention.

Robert Pogue Harrison wrote in Gardens: An Essay on the Human Condition: ‘For millennia and throughout world cultures, our predecessors conceived of human happiness in its perfected state as a garden existence.’ Now with biodiversity declining at an alarming rate, we need gardens for wildlife, not for our enjoyment, though the two go together.

There’s the known and unknown in a garden.

Take today for example – after a beautiful Eos . . .

I was back in the garden and found branches beautifully sewn together.

The Unknown (to me) 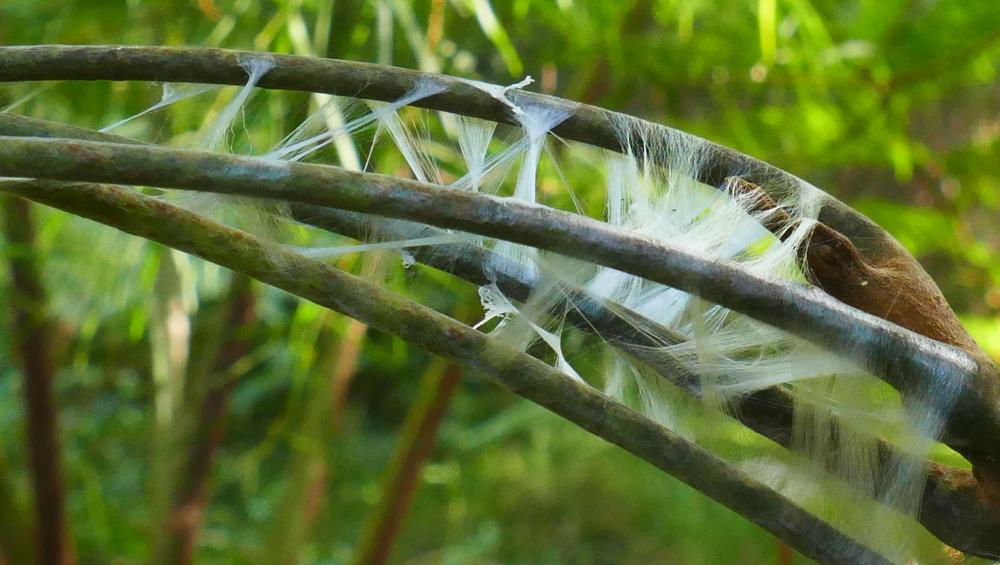 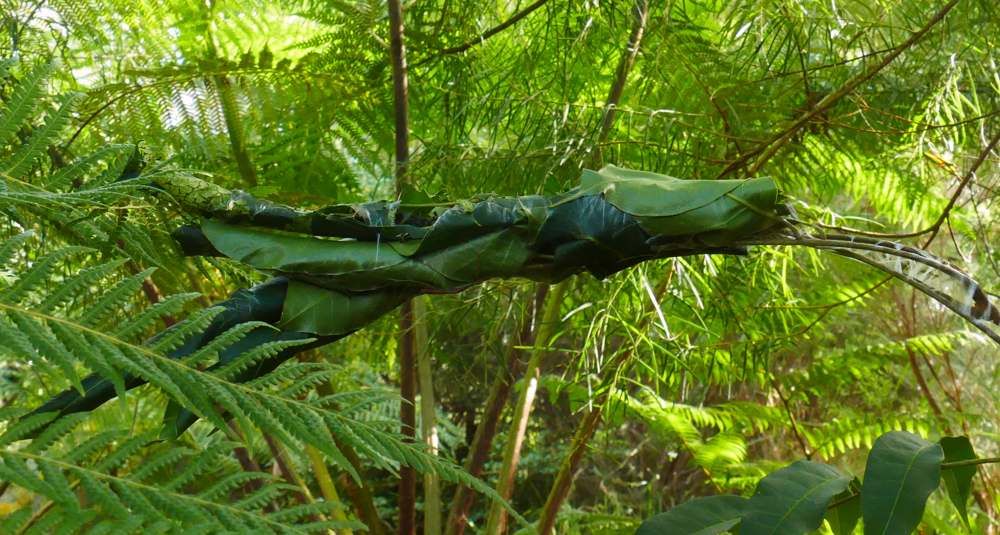 I could not make out what was in the nests, nine of them on one small tree. 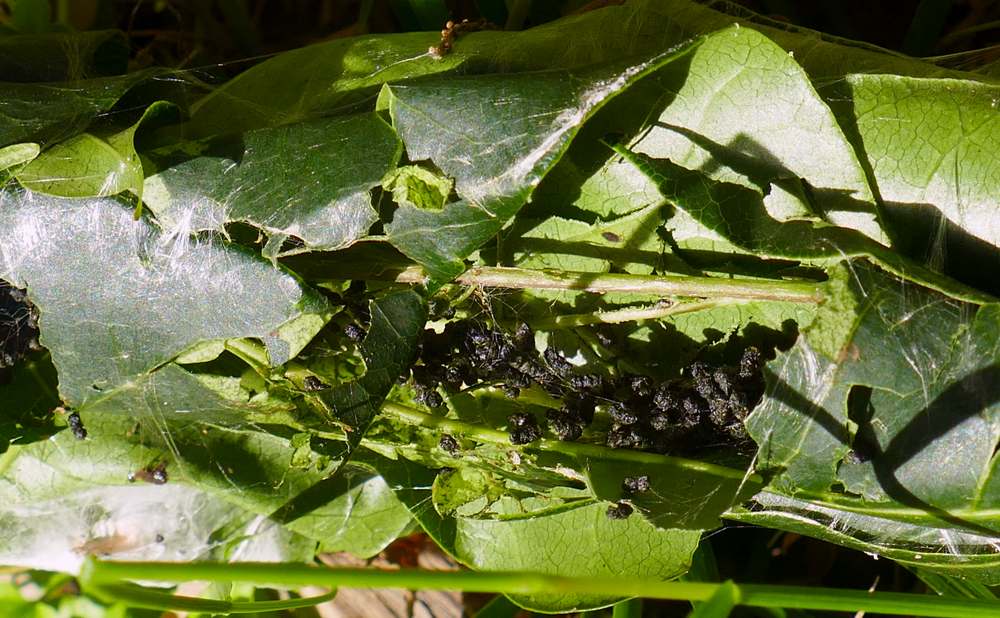 The known – but sometimes puzzling 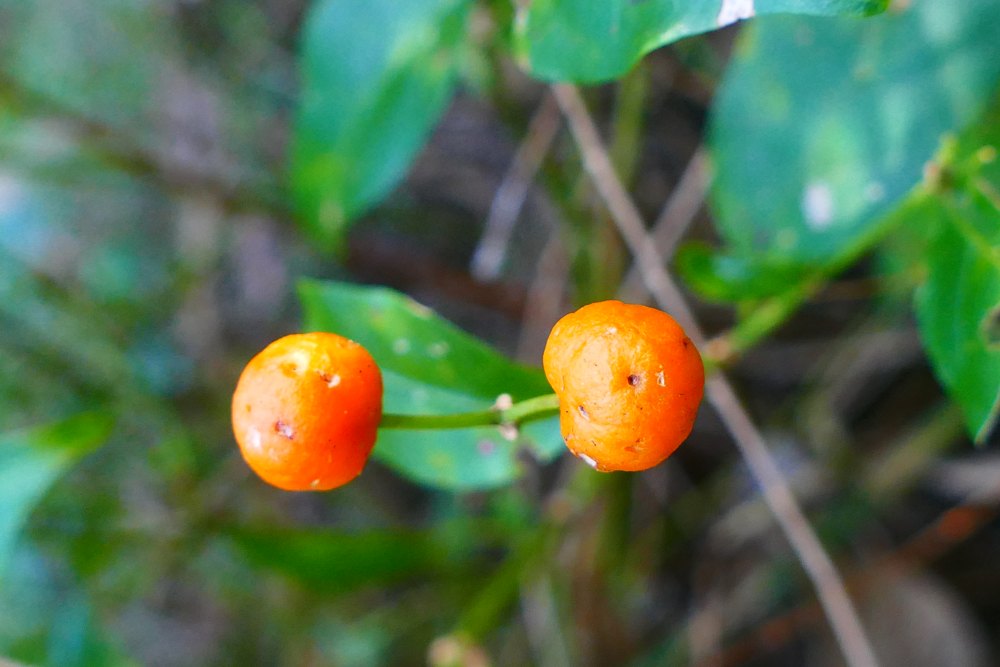 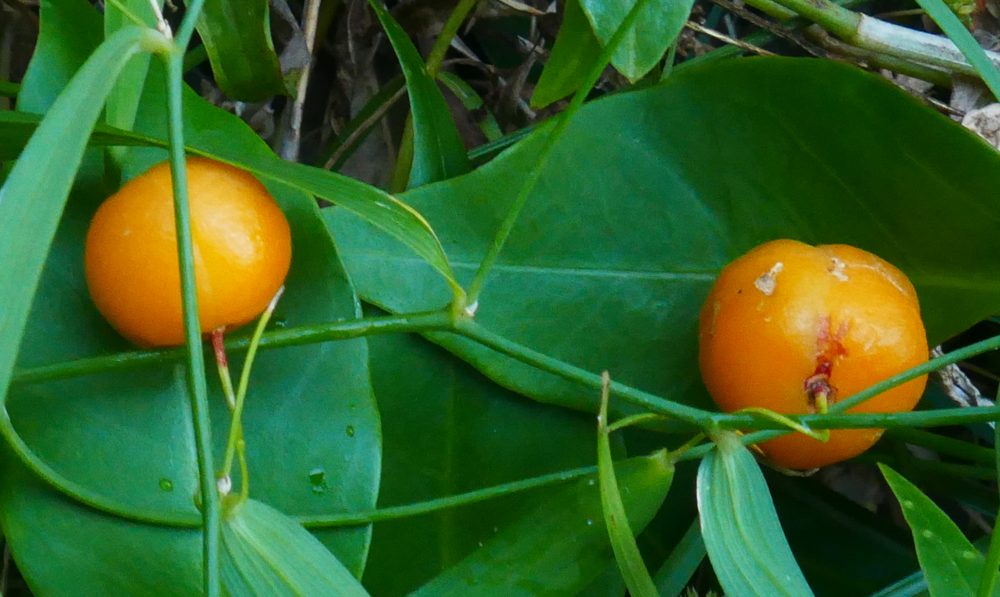 Wombat Berry, Eustrephus latifolius is a wiry vine which trails over low branches or across the ground in open forests and rainforest. The tubers and fruits are edible and said to be sweet and delicious, but can be half a metre underground.

Morinda jasminoides, known as the sweet morinda or jasmine morinda, is a common climber growing in eucalyptus forests and rainforests of eastern Australia. [top photo]