One child’s story of how she escaped a household of ice abuse, neglect and domestic violence. The Coffs Coast Advocate

Climate change is changing Antarctic krill habitat. The repercussions for the Southern Ocean food web are huge. The Conversation

Every day begins with night and stars and dreams, whether remembered or merely burowing their way through the subconscious, subtly affecting mood, attitude and angle. I was in a NSW National Parks & Wildlife office on the Turkish coast, flicking through a thin book advocating opening all reserves and national parks to the public as recreational resources. I chatted to a ranger saying how much I opposed the idea. He said, the book had gained quite a bit of traction from the conservative right. Annoyed, I went outside for a walk and explore my new surroundings. Off the rocky coastline were two small islands, golden sandstone standing in Mediterranean blue. The nearest rose steeply with a squeezed Acropolis perched on top. I wondered how you reached the sublime ruins, could see no steps, no path. Greek walls, a few columns, a broken archway dotted the track dissolving time. It was a fabulous place. I turned down a small alleyway and emerged in the old town, walked past cafes, a rug shop, souvenir shops, small food stores and a show room across the street with a large plate glass window. Inside, a gleaming green and silver jaguar was on display, a classic from the sixties, I guessed. I walked on then back-tracked to stand and admire the car, its curves, an example of the technological sublime mixed with the beauty. [Strange, I’m not interested in cars.]

The sea rolls in and out without me,
the weather has cooled, the sea is big
and I’m cautious of the rips. 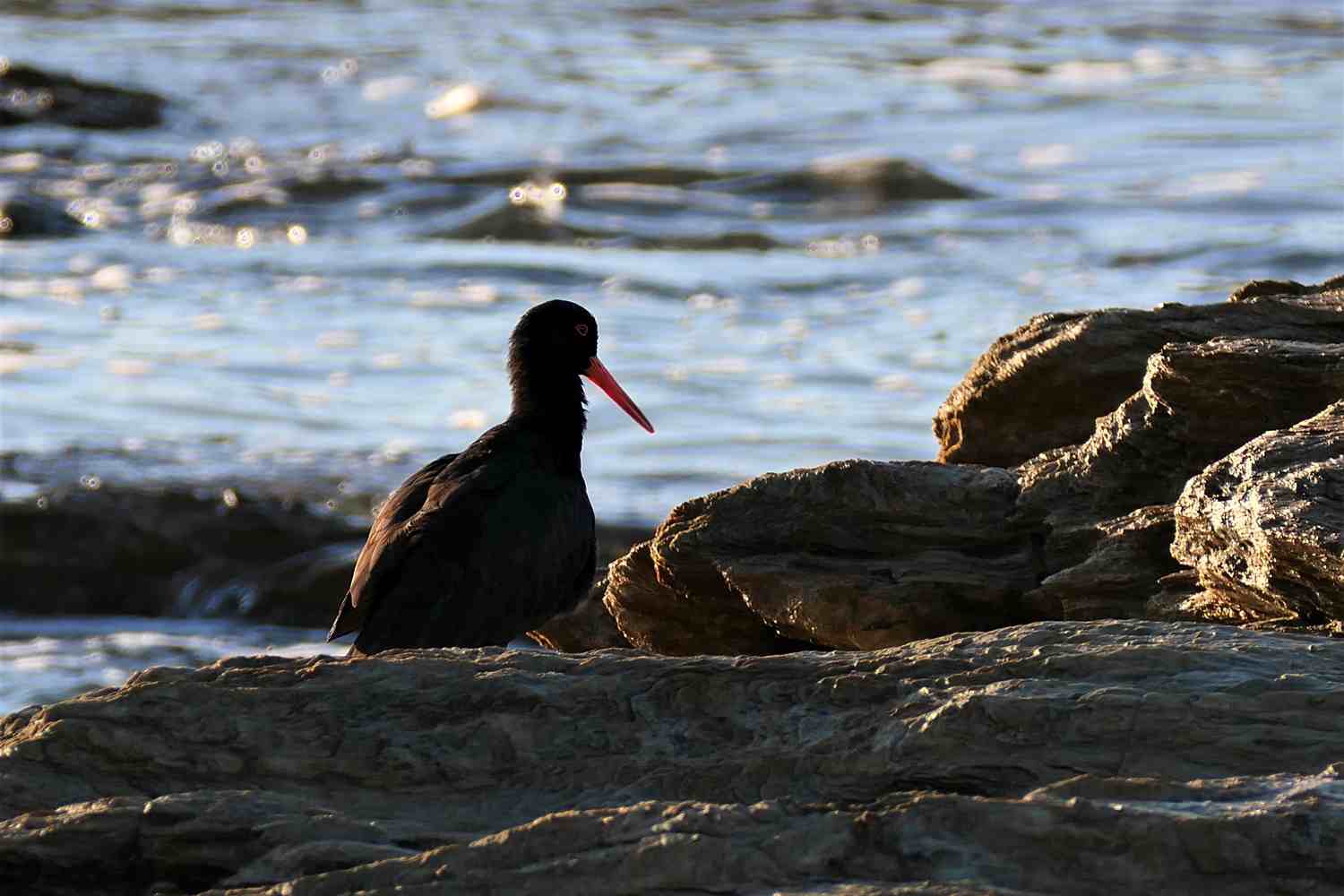 The Sooty Oystercatcher lives dangerously,
the audience is spellbound. 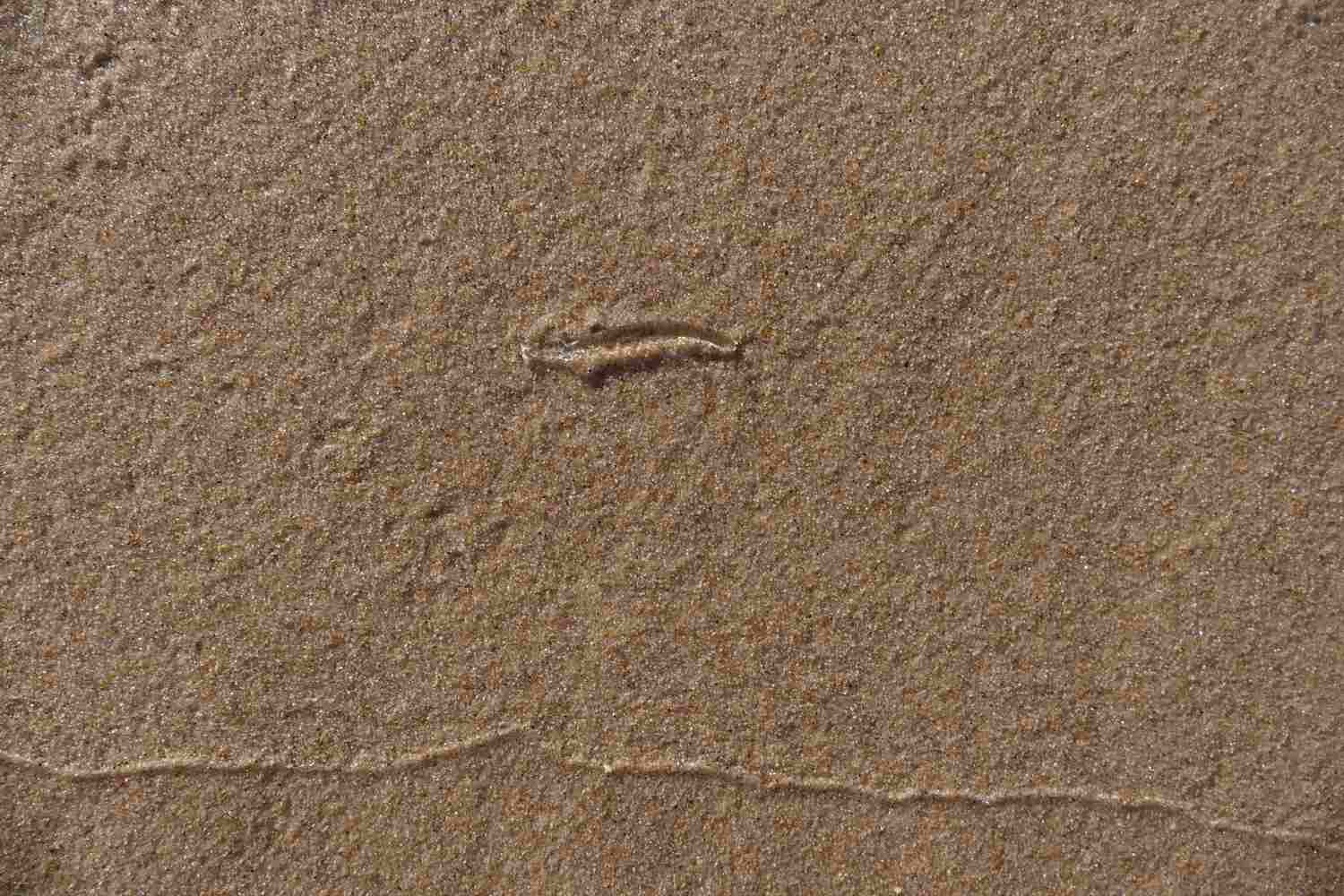 Moments ago a silver fish lay here
Wenzel would have been proud
of the sheen, no blood, no tears.[1]

I missed the gentle wash
carry it from its resting place.

Immunity is what we wish for,
from Covid-19, from pain, death,
having to think about these things. 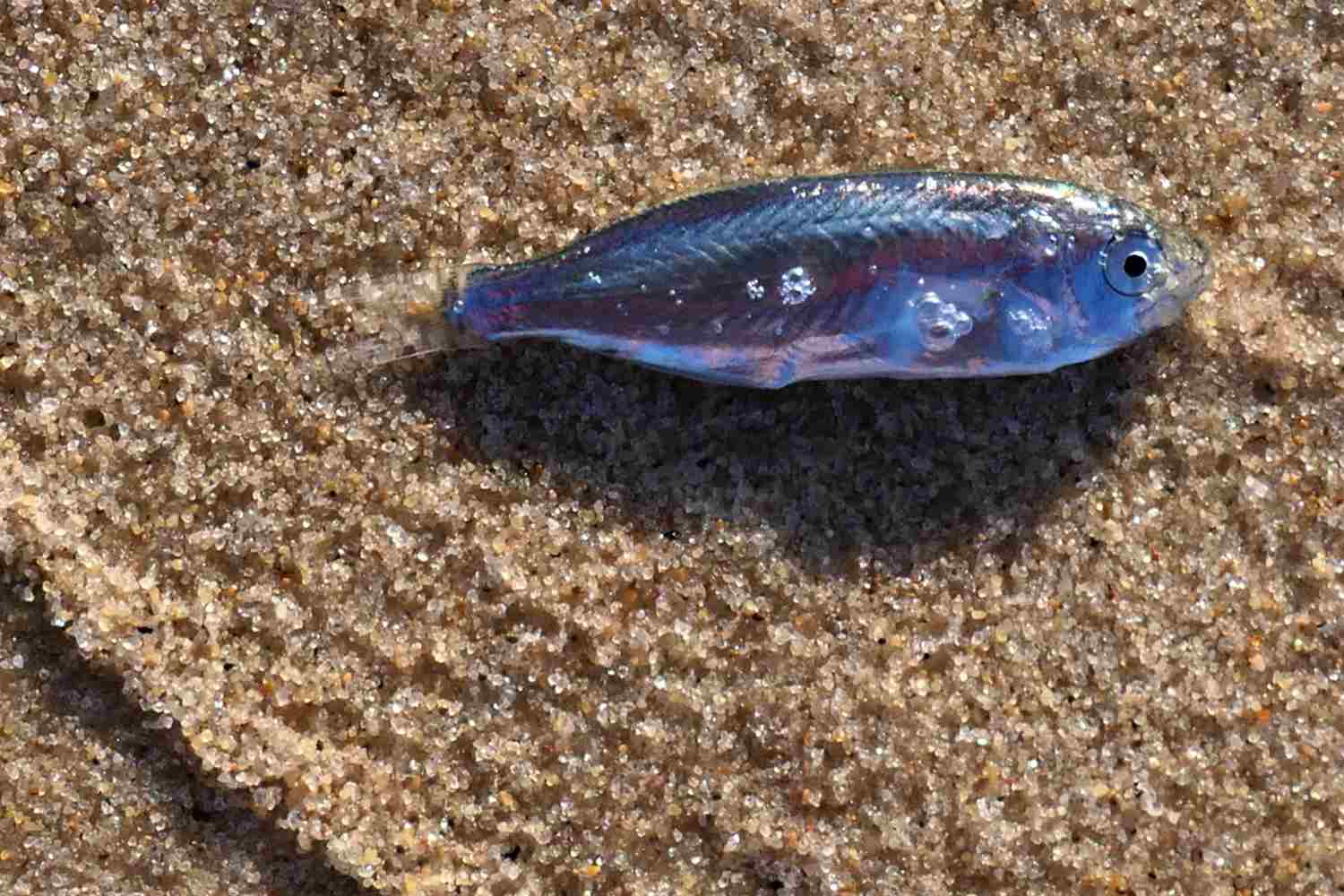 Bubbles miss the bullseye, translucent colours
hint of a future transparency, evolved to see
how the universe works, the whole paraphernalia,
heart, skin, muscles, the cogs of the cosmos.
From some soaking corner of the heavy sea
this jeweled gift came surfing to my feet
propagated as life, death, wave, particle,
the quantum weirdness. Apply Heisenberg’s
uncertainty principle and the issue of wave /
particle duality may dissolve in salt water. 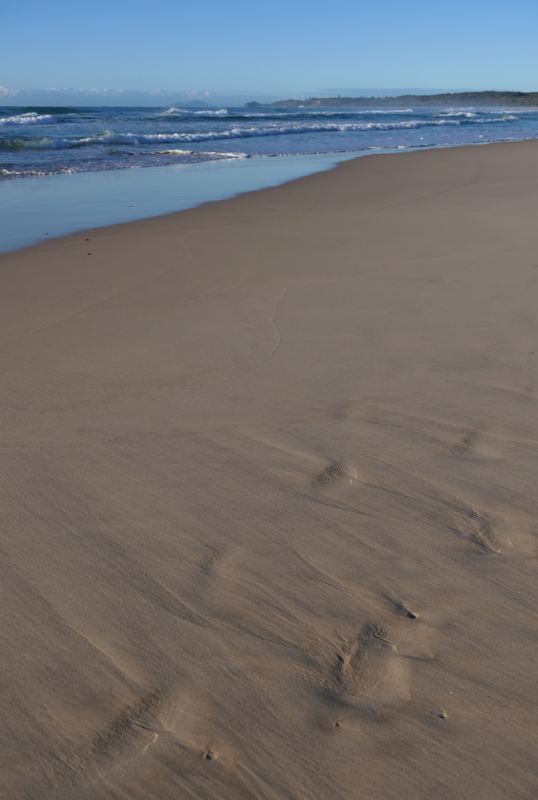 There is nobody existing in sight up or
down the coast, a few kilometres each way
and the footprints are now fading. 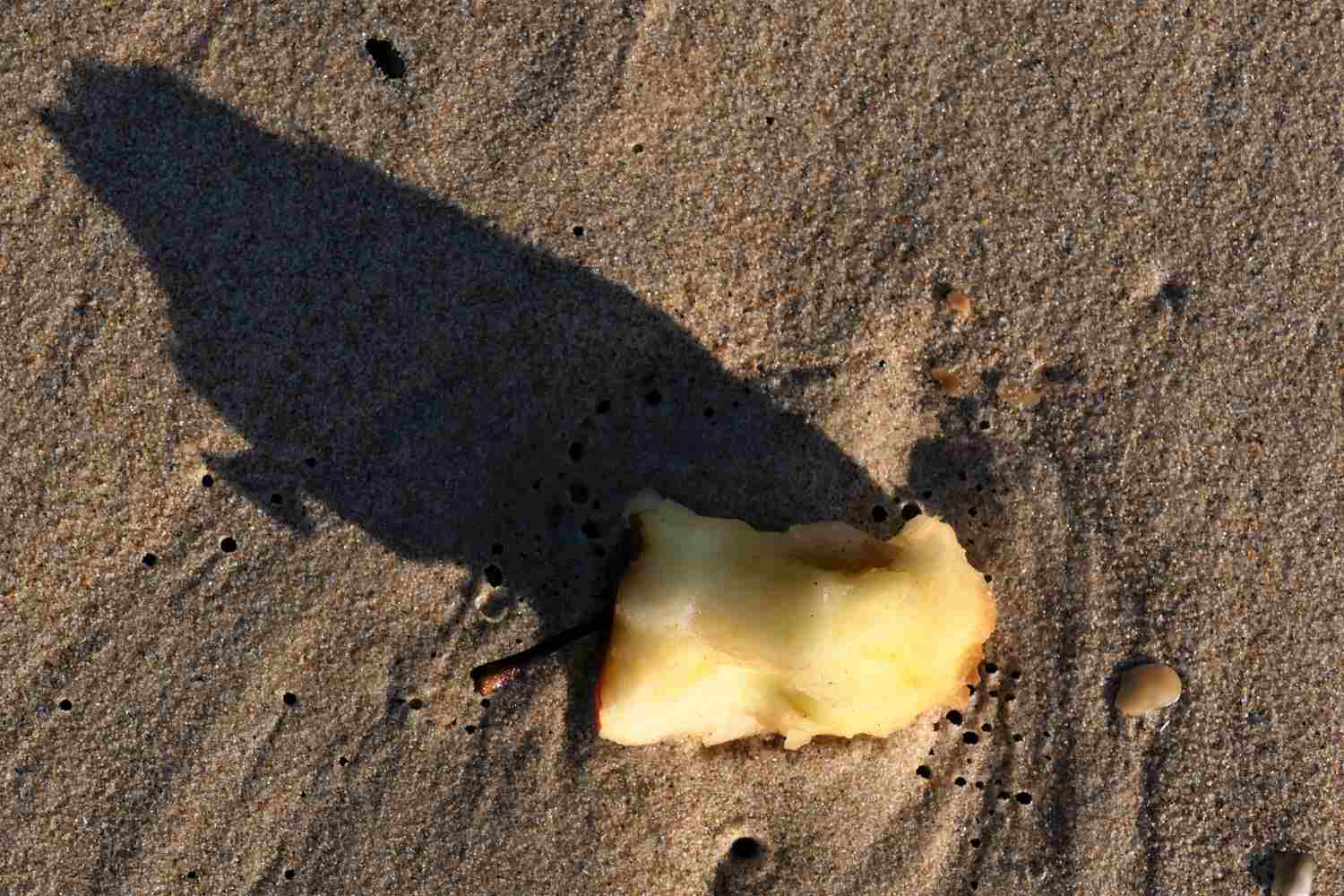 An apple offers an archaeology of sorts,
the amorphous flesh looks inedible, a shadow
suction cap will stick onto a bathroom tile
to keep the remains for later. After all, civilisation
from Eden in the fertile crescent has breeding.
Greenway’s ‘Zed & Two Noughts’ starts with two kids dragging a Dalmatian that ends up ragging them back, a growling tiger pacing up and down behind bars, a woman screaming, her head through the windscreen, a Great Ape shuffling around behind bars being photographed, a swan on the smashed bonnet then a green apple decays, almost as disturbing as the relationship between the twin brothers, zoologists and widows and a one-legged woman.[2]

The apples in the bowl are boring green then red, but try Black Gilliflower (Sheep’s Nose), Ribston pippin, Catshead for tarts. Rip up the orchards of Golden Delicious.

As I type this up I listen to the CD opening with a jagged shrill track, I prefer the next, the slower momentum of Car Crash, and inevitability of Time Lapse, Swan Rot suddenly change gear, a lyrical Delft Waltz flows into Vermeer’s Wife. I came across Nyman’s music in 78 with Greenaway’s early ‘A Walk through H’, have been a fan since, told him so in the green room of the Opera House. I praised his opera, ‘The Man who Mistook his Wife for a Hat’ as emotionally rewarding (contra Jeanette Winterson).

In all my films there is a contradiction between the romantic and classical; violent, absurd, bizarre subject matter treated with a severe sense of control. Baroque surface and rich romantic detail regimented into numerical grids and structures which I would like to think shows a wish – against the odds- to create a rational view of the world out of all its chaotic parts.[3] 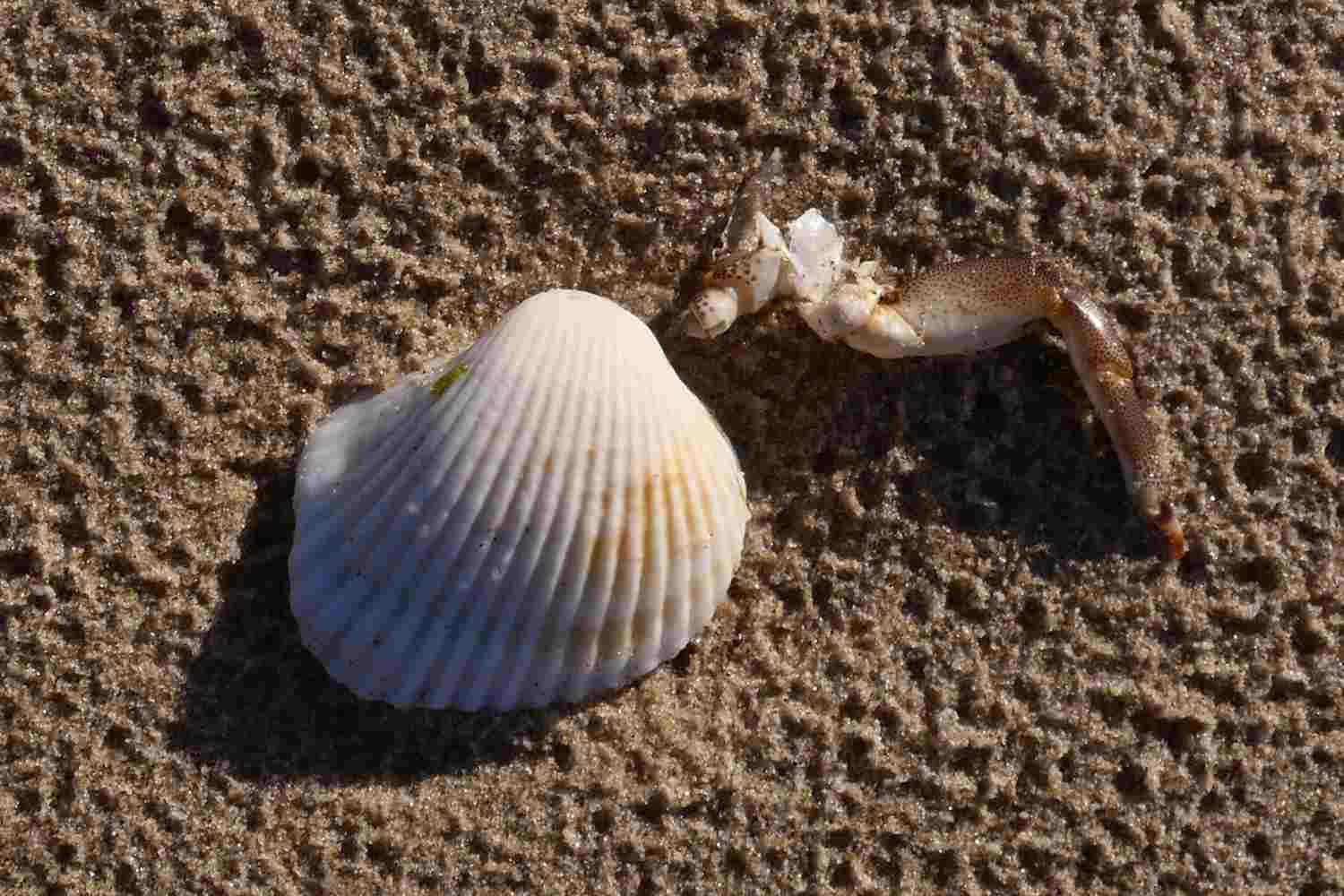 A Cockle shell has grown a leg, extraordinary. 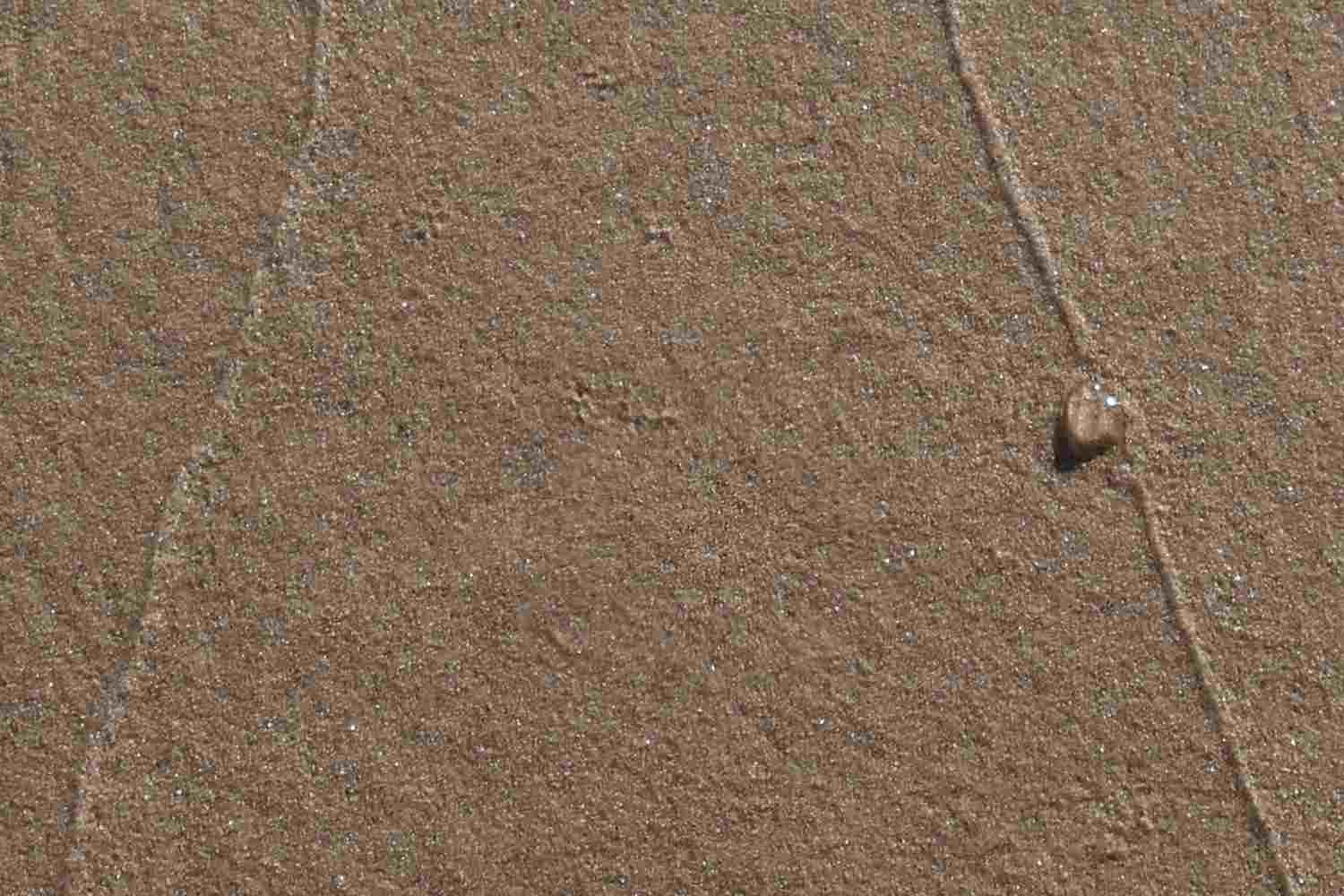 A Comb Jelly sits on tracks converging north
meeting at Old Man’s Hat, our ancient relative
bounced here landed online for a sacred site,
this place, recognised as if a tiger lived here
openly, not furtive as those (being poached)
in the Sundarbans, not on show in a Big Top,
their stripes roaring on the cue of a whip.[4] 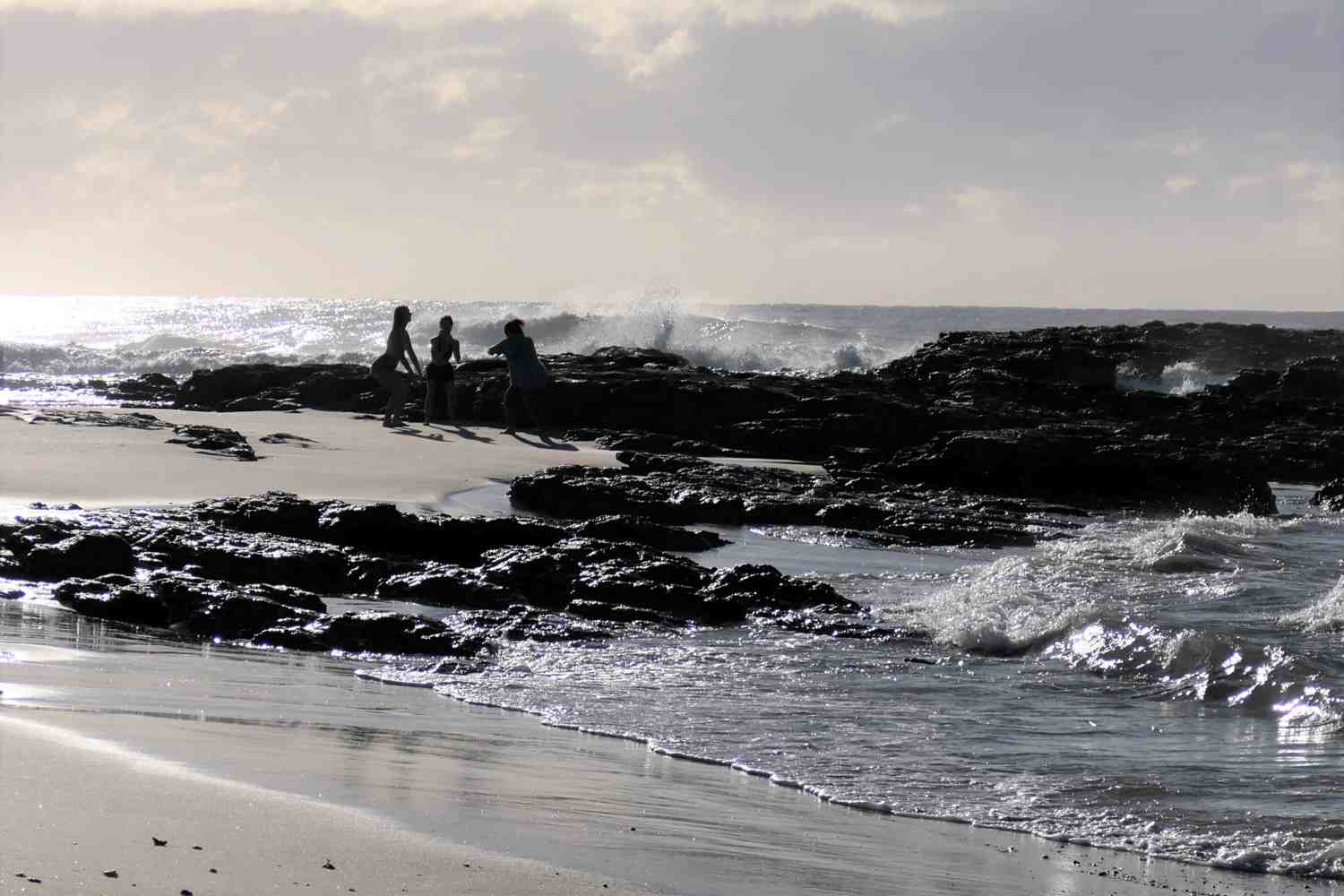 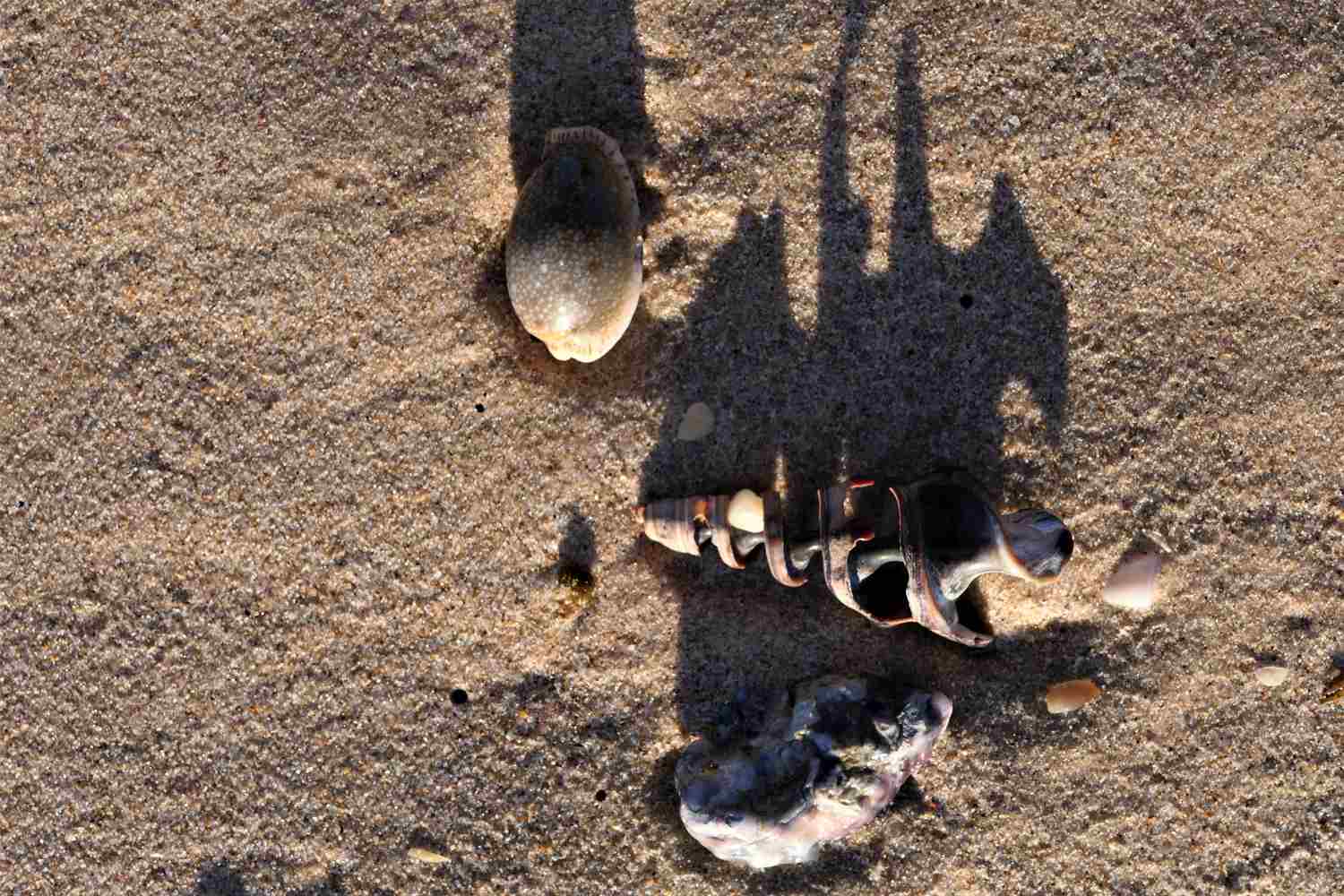 Whales are messy in the kitchen, love a bed time story, wet the bed, break every bicycle, bunk off school, if the world was made that way, and they took up smoking, if whales were fierce . . . The Ocean is ripped, sometimes blood-soaked with sharks circling all through the night. 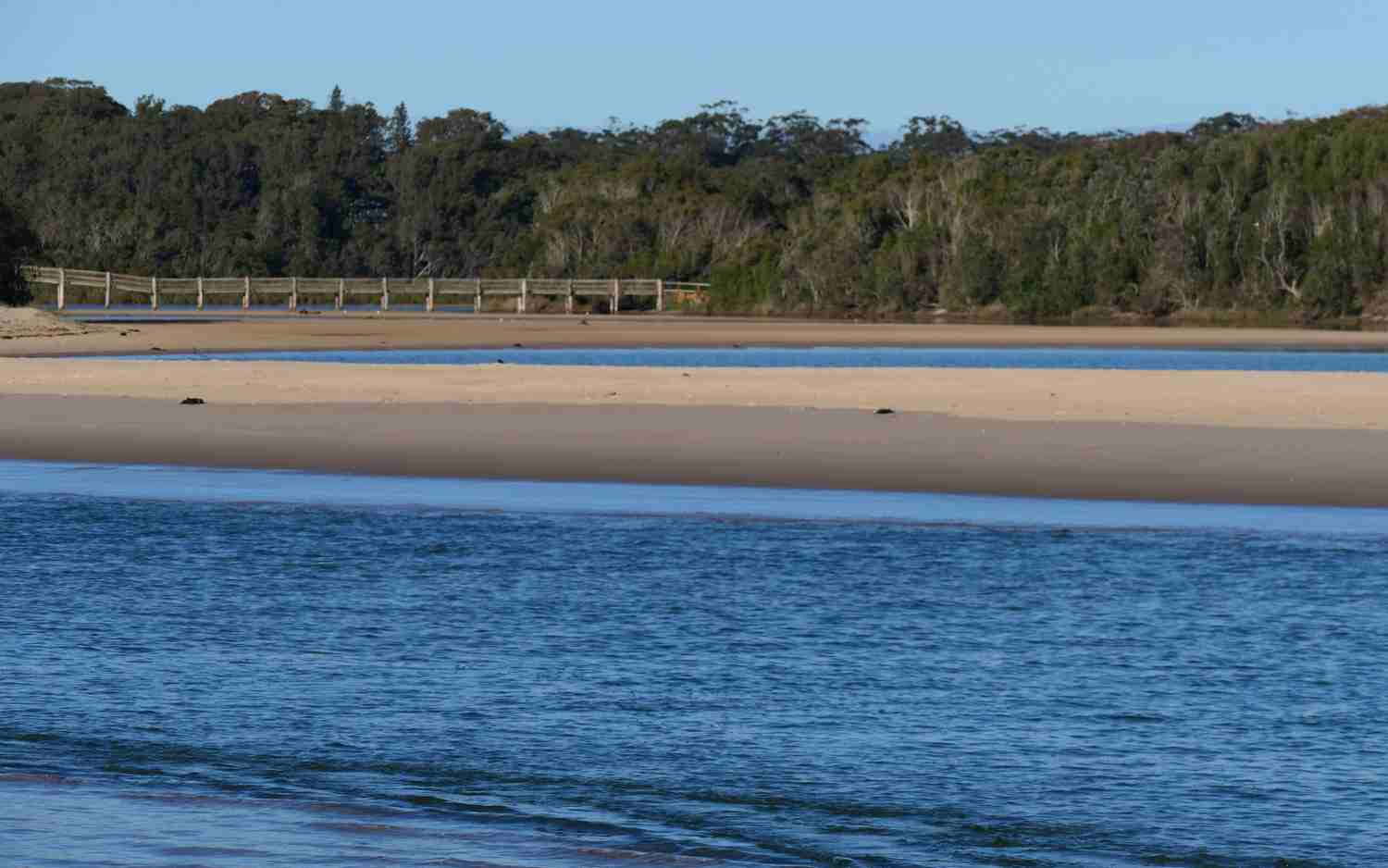 If I had a painter’s palette with squirming colours ready to leap into the landscape I’d realise it has no need of added flamboyance, but this cowrie needs more light to prove it was once currency across the Pacific. 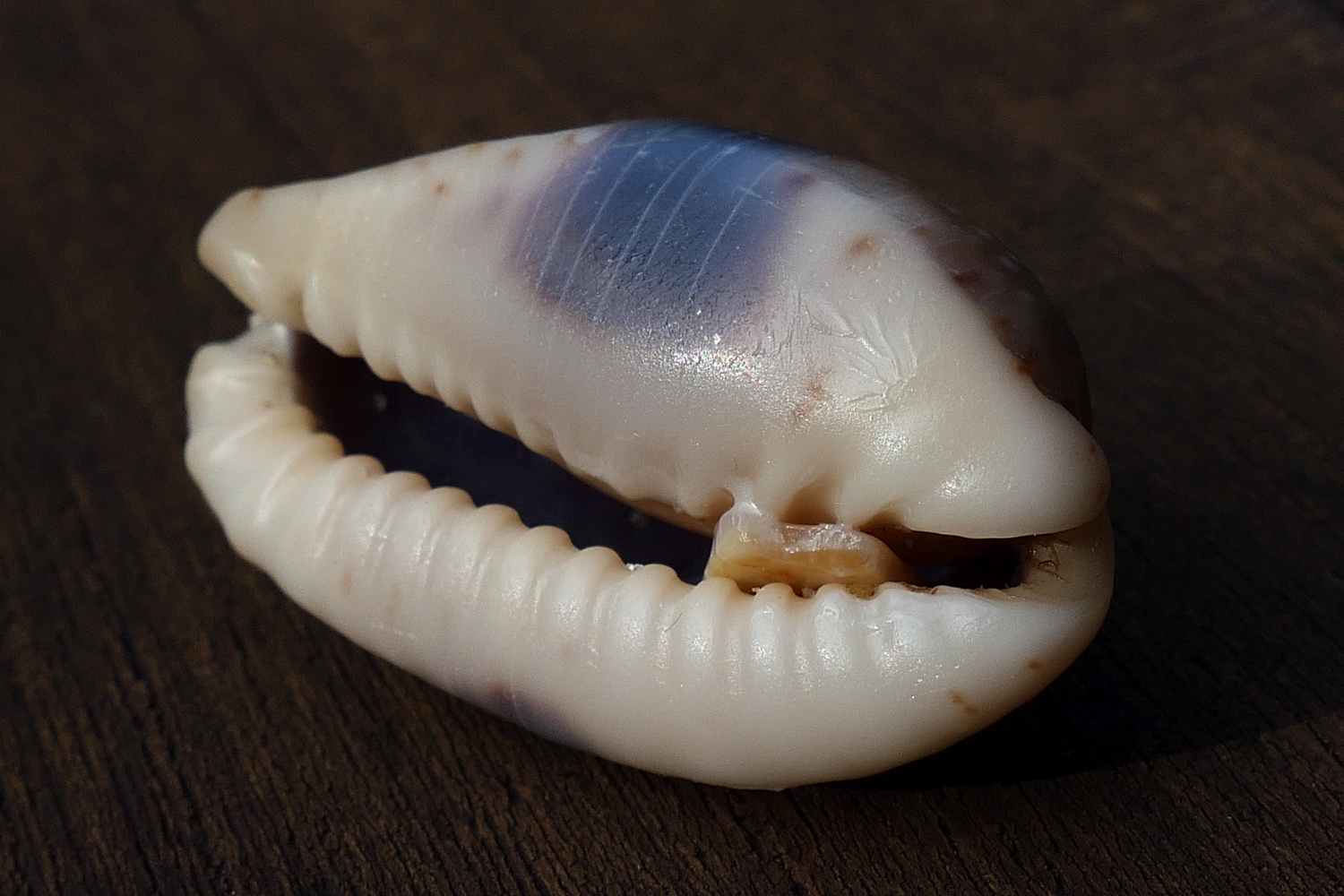 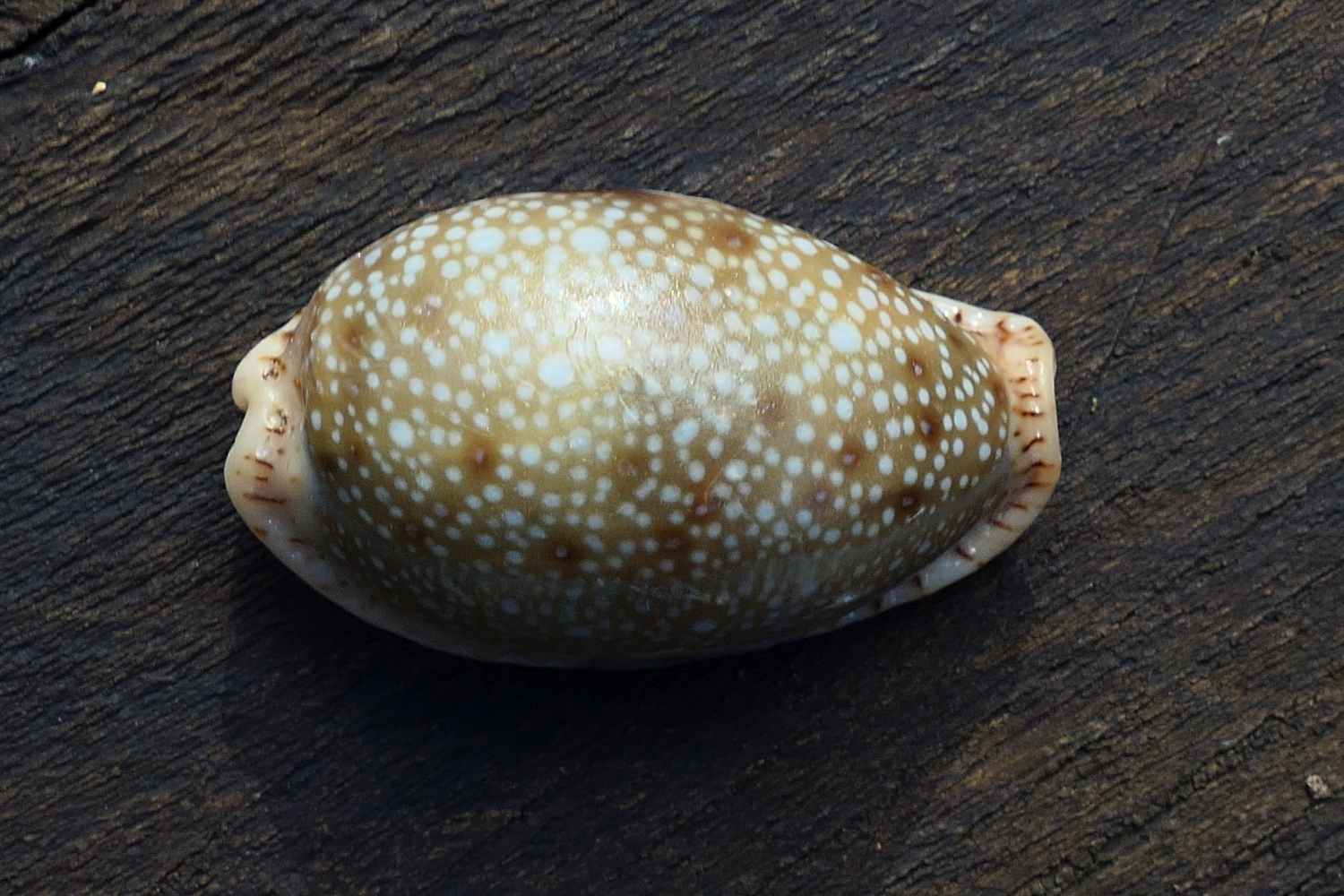 Most of us have seen the shaky black and white images of the last thylacine, the Tasmanian Tiger, pacing its cage and can now watch it step warily out from long grasses in a logo advertising ‘Discover Tasmania the Natural State’. Later footage of the animal was released today.[5] So sad seeing him looking so interested in being alive, after a very quick sniff of some idiot in a hat and tie banging the wire mesh to get his attention, ignoring him. The species gained protected status just two months before the death of ‘Benjamin’ in Beaumaris Zoo, Hobart from suspected neglect, locked out of its sheltered sleeping quarters and died from the cold on the 7th of September. Now National Threatened Species Day.

Samuel Pepys. He first mentioned the plague in his diary in October 1663, a major outbreak in Amsterdam. He feared it would spread to England and it crossed the channel in the spring of 1665. ‘I did in Drury-lane see two or three houses marked with a red cross upon the doors, and “Lord have mercy upon us” writ there – which was a sad sight to me’. (June) ‘Little noise heard day or night but tolling of bells.’ He put his papers in order, made a new will packed up his books and chewed tobacco as a prophylactic (like Donald Trump taking hydroxychloroquine).He wouldn’t wear his new periwig in case it was made from hair ‘cut off of the heads of people dead of the plague’.

As a good diarist, he kept a sharp eye on the official weekly mortality lists and though careful – not visiting his parish church for five months and avoiding unnecessary public conversations, still his curiosity forced him to visit a communal plague pit at Moorfields when the epidemic was at its peak (late August), ‘to see (God forgive my presumption) whether I could see any dead Corpse going to the grave; but as God would have it, did not.’ A week before he had a dream, ‘which I think is the best that was ever dreamed – which was, that I had Lady Castlemayne in my armes and was admitted to use all the dalliance I desired with her.’ Anan Blundy notes that when the great diarist fears that his life is in danger during the plague (and later the Great Fire of 1666), ‘he defends himself with sexual activity’. . . He is plainly a sex addict, groping almost every woman he can lay his hands on and relating the episodes with huge delight in a jumble of languages: ‘je l’ay foutee sous de la chaise deux times, and the last to my great pleasure; mais j’ai grand peur que je l’ay fait faire aussi elle meme,’ which translates roughly as: ‘I fucked her twice under the chair… but I greatly fear that I made her come as well’.’ [6] He wrote at year’s end, ‘I have never lived so merrily as this plague-time.’

Lockdown means loss of opportunities for meeting people and having sex. Our interest in pornography has increased. Pleasure-seeking is the main reason. People also use pornography as a release to help with ‘stress, anxiety and negative emotions’ – and the pandemic has provoked all of these . . .

[2] A Zed & Two Noughts (1985) was written and directed by Peter Greenaway. His first collaboration with the wonderful cinematographer Sacha Vierny. In the final scene, we see the brothers through the lens they set up to film their own decay after lethal injections.

[4] ‘Four of his own tigers tragically maul circus tamer Ettore Weber to death, and then ‘play’ with his mutilated body for 30 minutes . . . at the Circo Orfei – Italy’s best-known circus.’ https://www.news.com.au/ 7 July 2019.

[5] https://www.theguardian.com/science/video/2020/may/19/tasmanian-tiger-newly-released-footage-captures-last-known-vision-of-thylacine-video. It has only just been discovered that this particular extinction was a significant loss. DNA analysis reveals that it was a closer relative of the kangaroo than the dingo, but on its own evolutionary branch and valuable genetic resources have been lost.