Cars bank up on Queensland-NSW border as residents from coronavirus hotspots get caught out. ABC

The age of extinction Increase in invasive species poses dramatic threat to biodiversity. Tourism, transport and the climate crisis found to be major drivers of rise in alien plants and animals, which can decimate ecosystems. The Guardian

Irish police found a man strapped to a crucifix having his bare bottom whipped as masked customers watched during a raid on a sadomasochism club in Dublin. https://metinews.com/

The Terrifying Next Phase of the Coronavirus Recession: The U.S. prioritized the economy over public health—and got the worst of both worlds. The Artlantic

Lonely in lockdown? You’re not alone. 1 in 2 Australians feel more lonely since coronavirus. The Conversation

Overwhelmed and ill-equipped medical staff in Egypt are being threatened for speaking out about poor working conditions during the Covid-19 pandemic, with increasing numbers detained by a domestic security agency. The Guardian 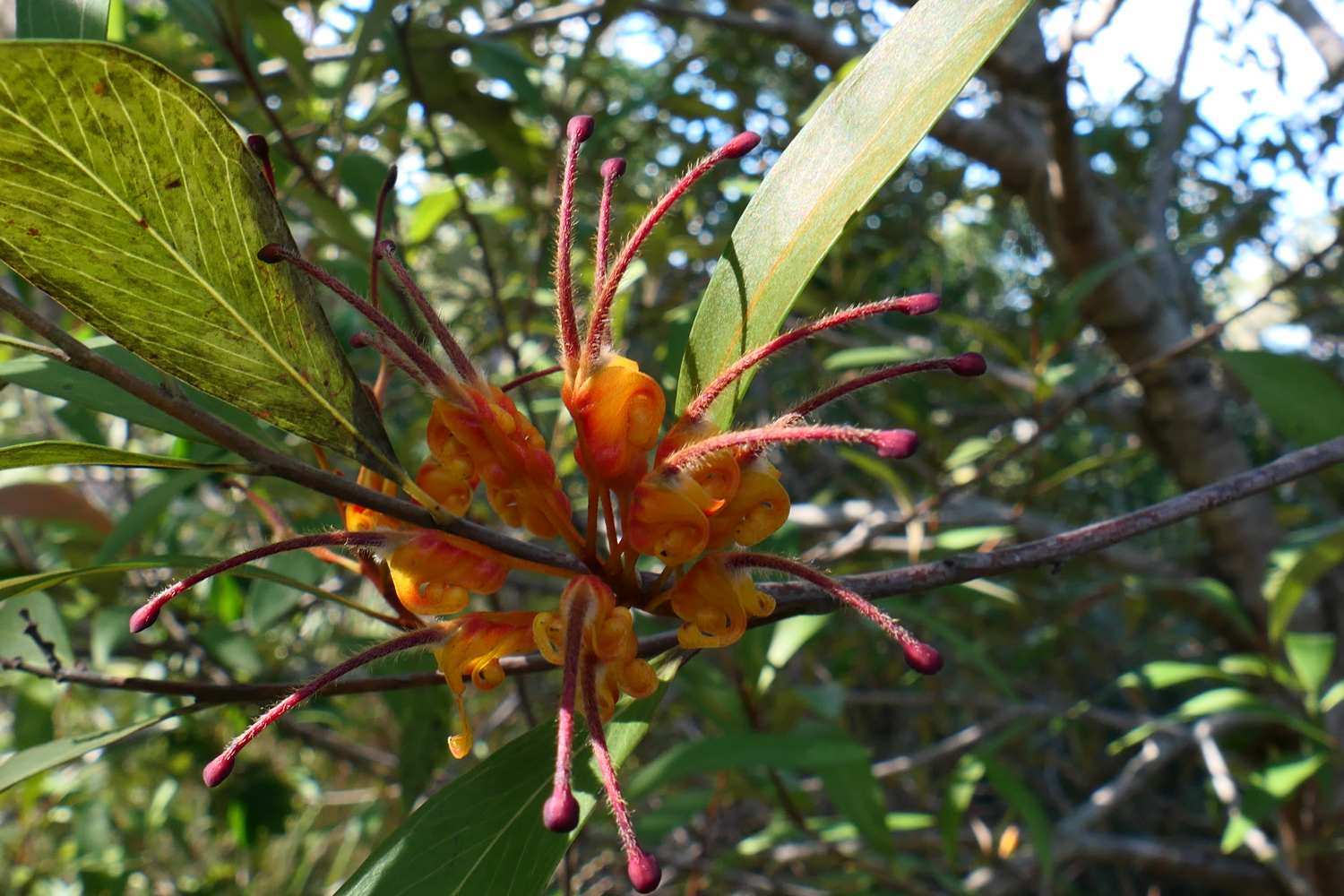 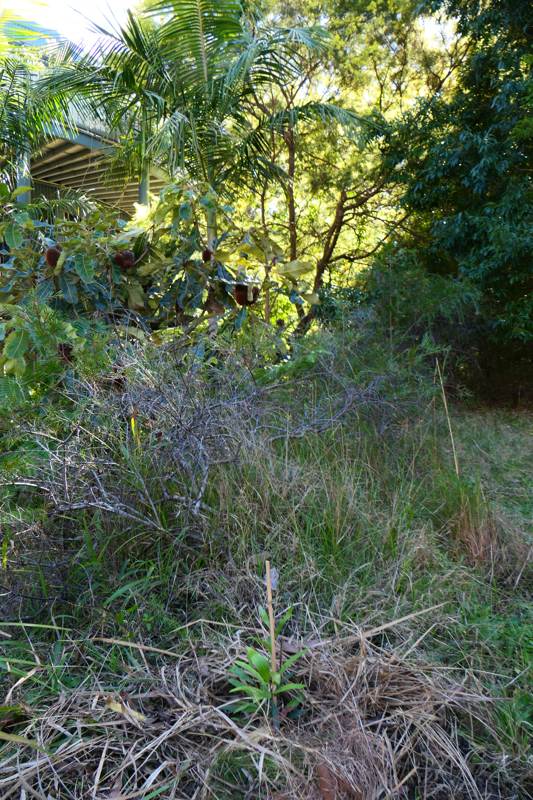 Eastern Spinebills are in our mature one many times every day these past few weeks. Larger honeyeaters like Rainbow Lorikeets are bullies and thriving due to the large blooms manufactured by breeders.

I am a Green Man, covered vegetable detritus, fighting to pull parasitic Dodder off the Melaleucas – a growling, a pair of Glossy Black Cockatoos fly over, flare of ruby tail – the enigma of scarcity value, lasting just seconds has an aura, deserving a poem, more than this.

Pop round with a native Tankervillea orchid for John and Georgie’s new garden, he offers me a large cluster of Spider Orchids, which I decline, not being native. He asks what the fruit is falling onto his bush orchids from the neighbour’s. It was dark plum-coloured, shaped like a fig, Black Apple (Yellow Buttonwood) the largest local bush tucker fruit, none ripe.

From John’s to the lookout to check out the East Coast low, a gale force winds warning, the liquid sea, and whales. 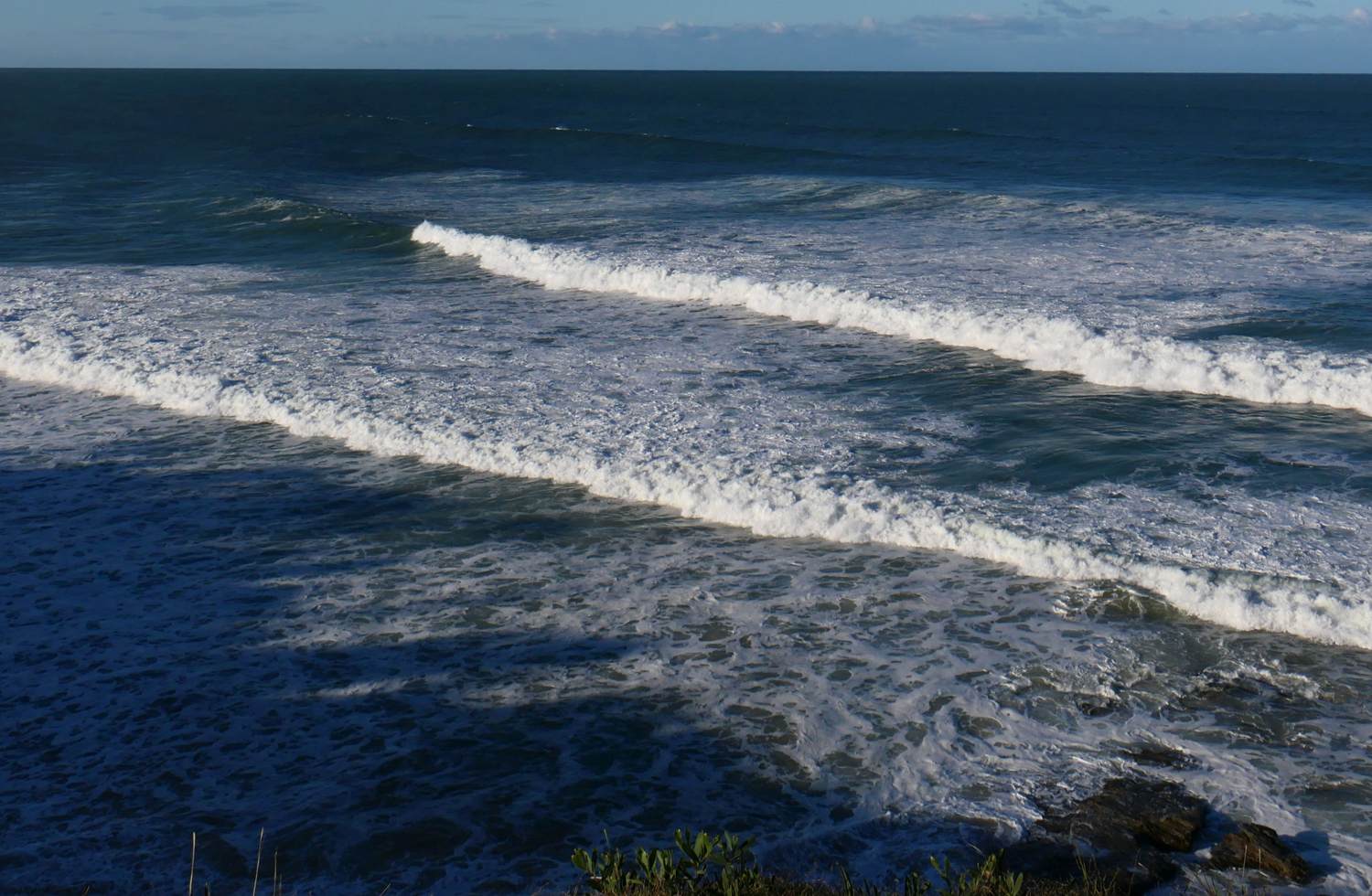 The wind is a mystery, has eased up, but the waves are heavy. The drapes are inconsequential, distance is being replaced by the enormity of – if only you could grasp what it is. Are mariners’ prayers along this compass bearing? 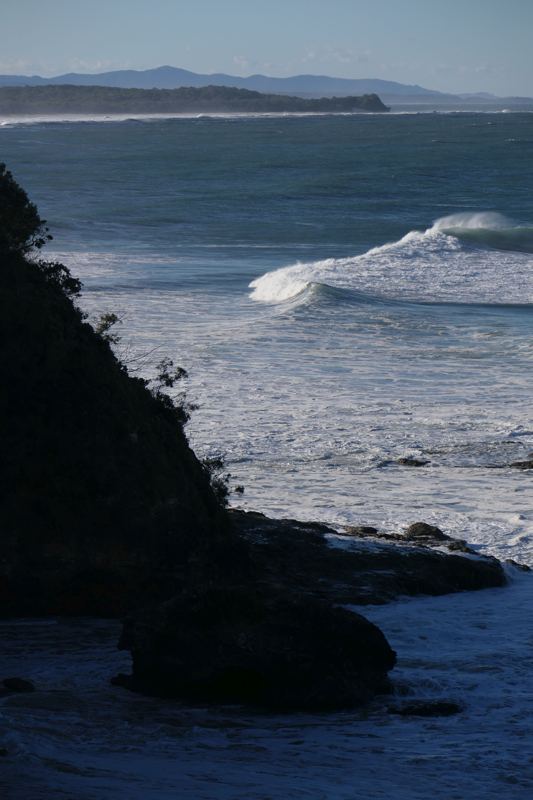 The estuary is almost people-less, despite the penance of school holidays. 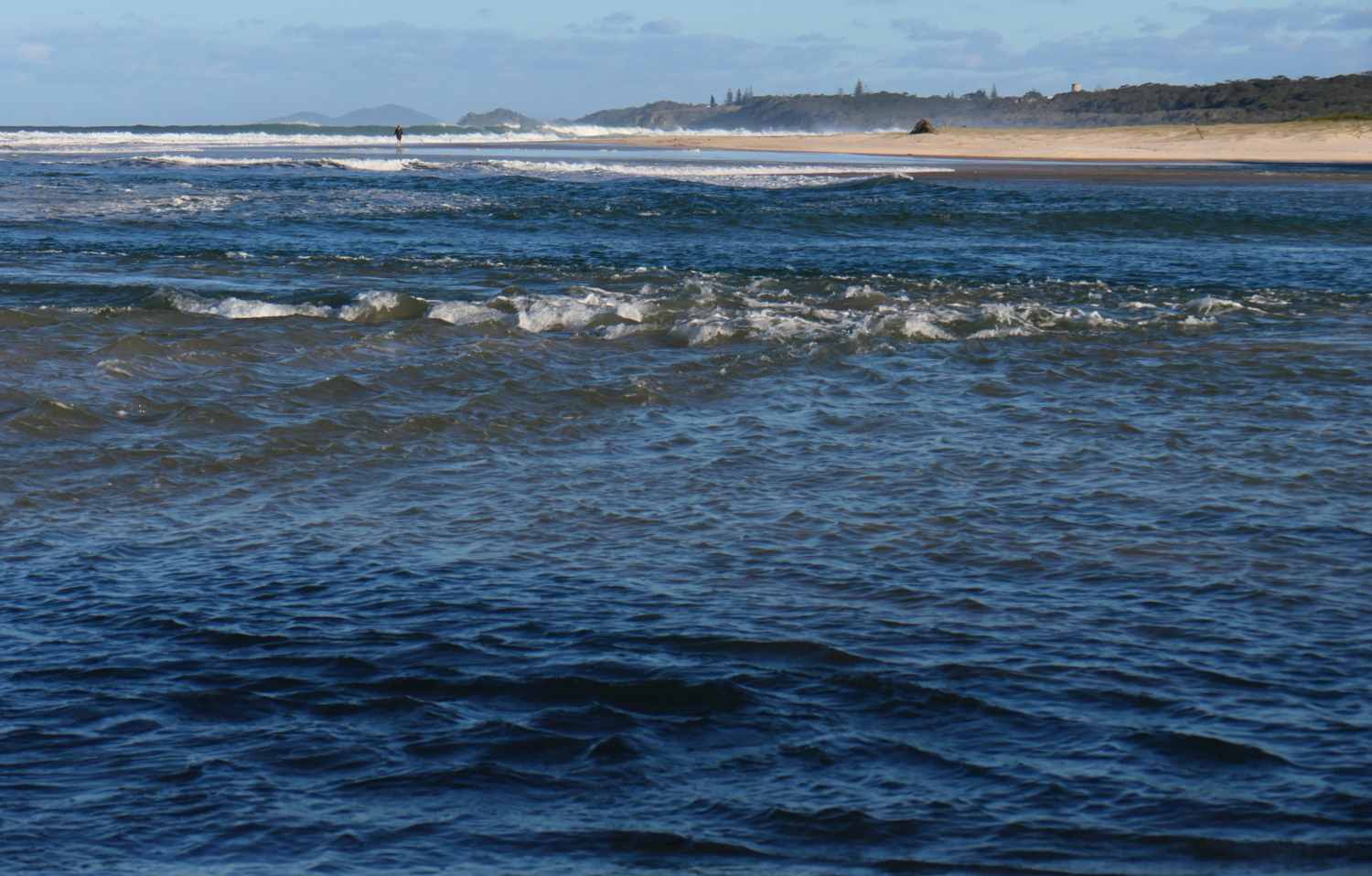 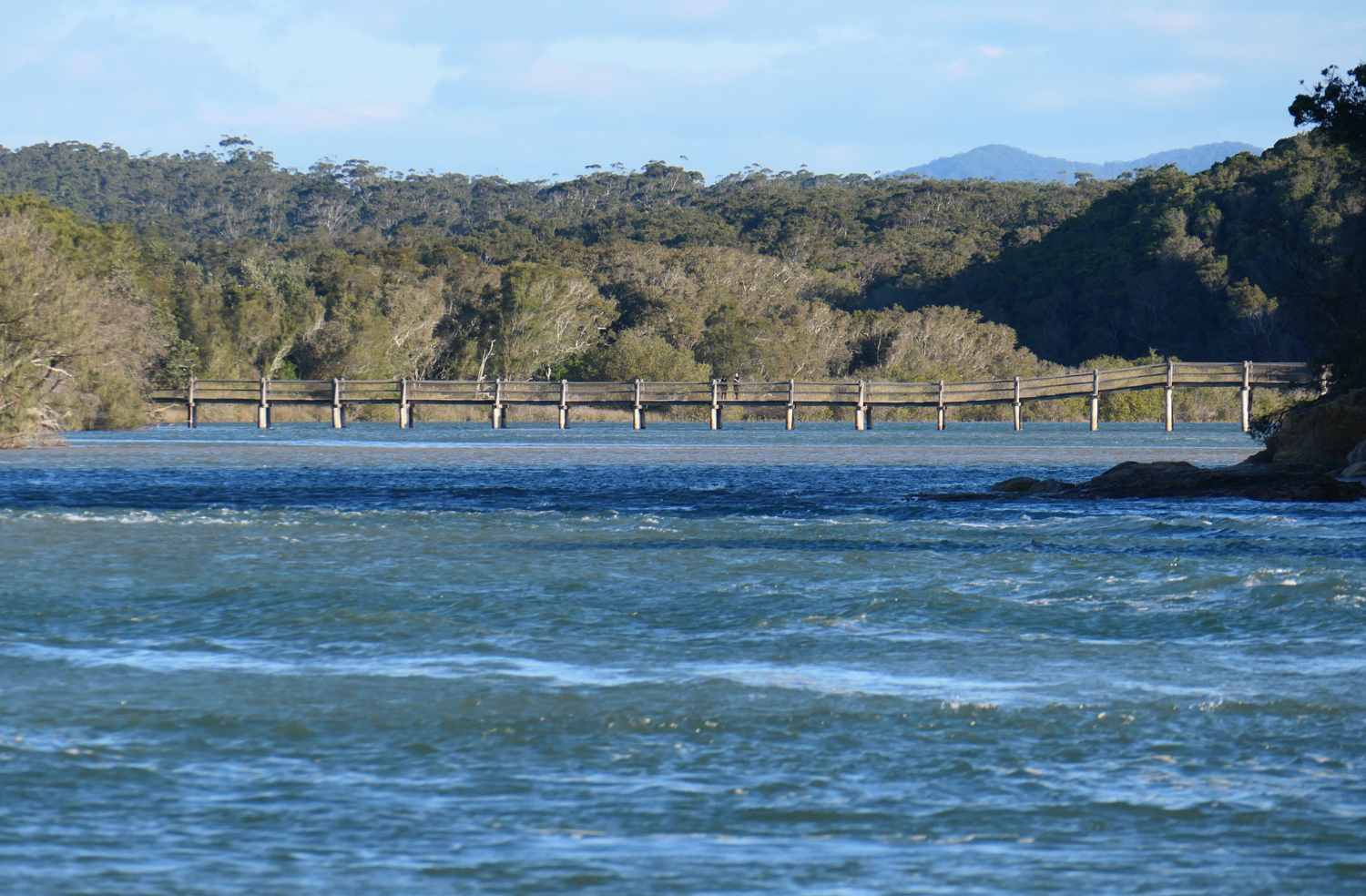 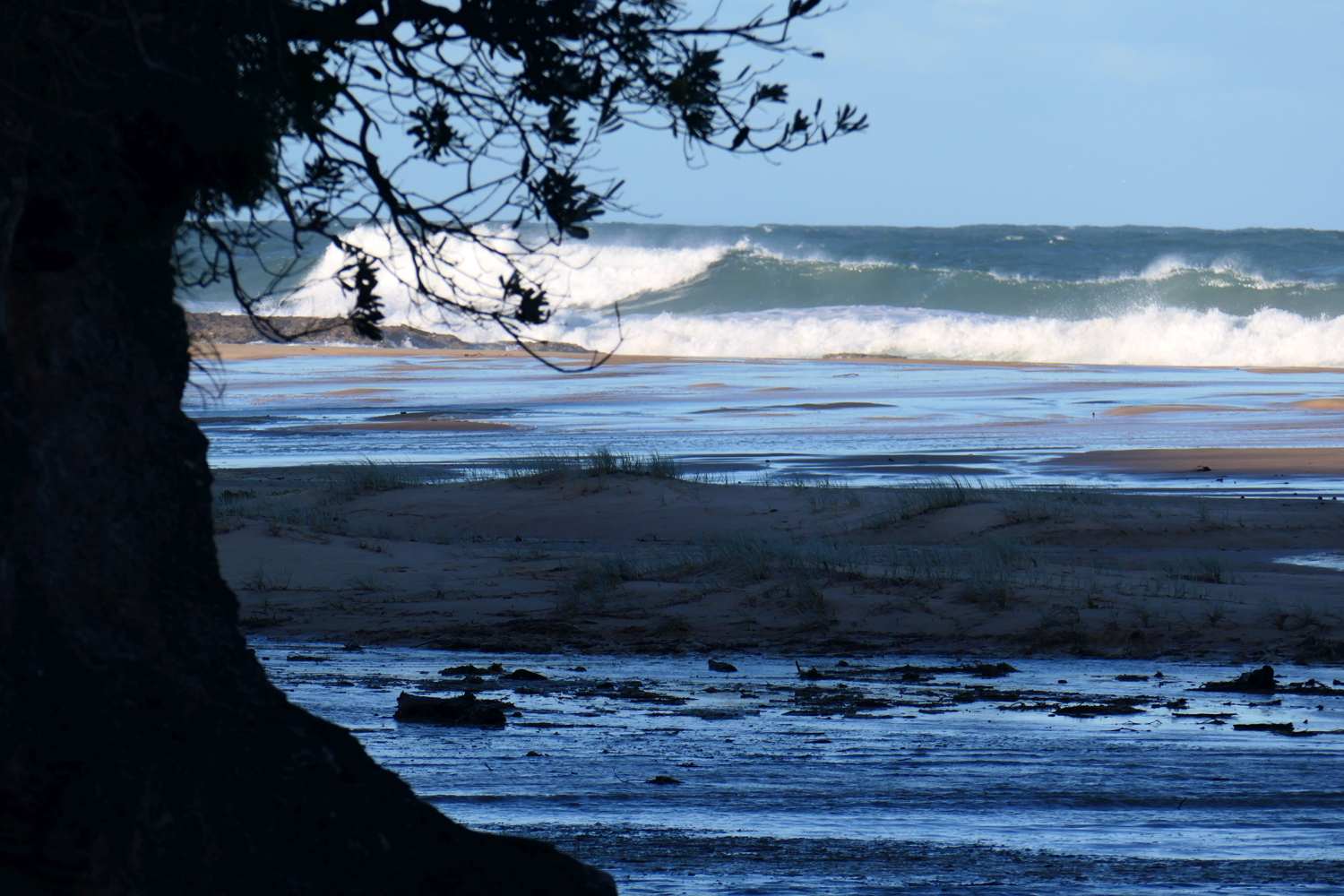 The surfaces are excited, Miilba’s flesh choppy, its power on view. 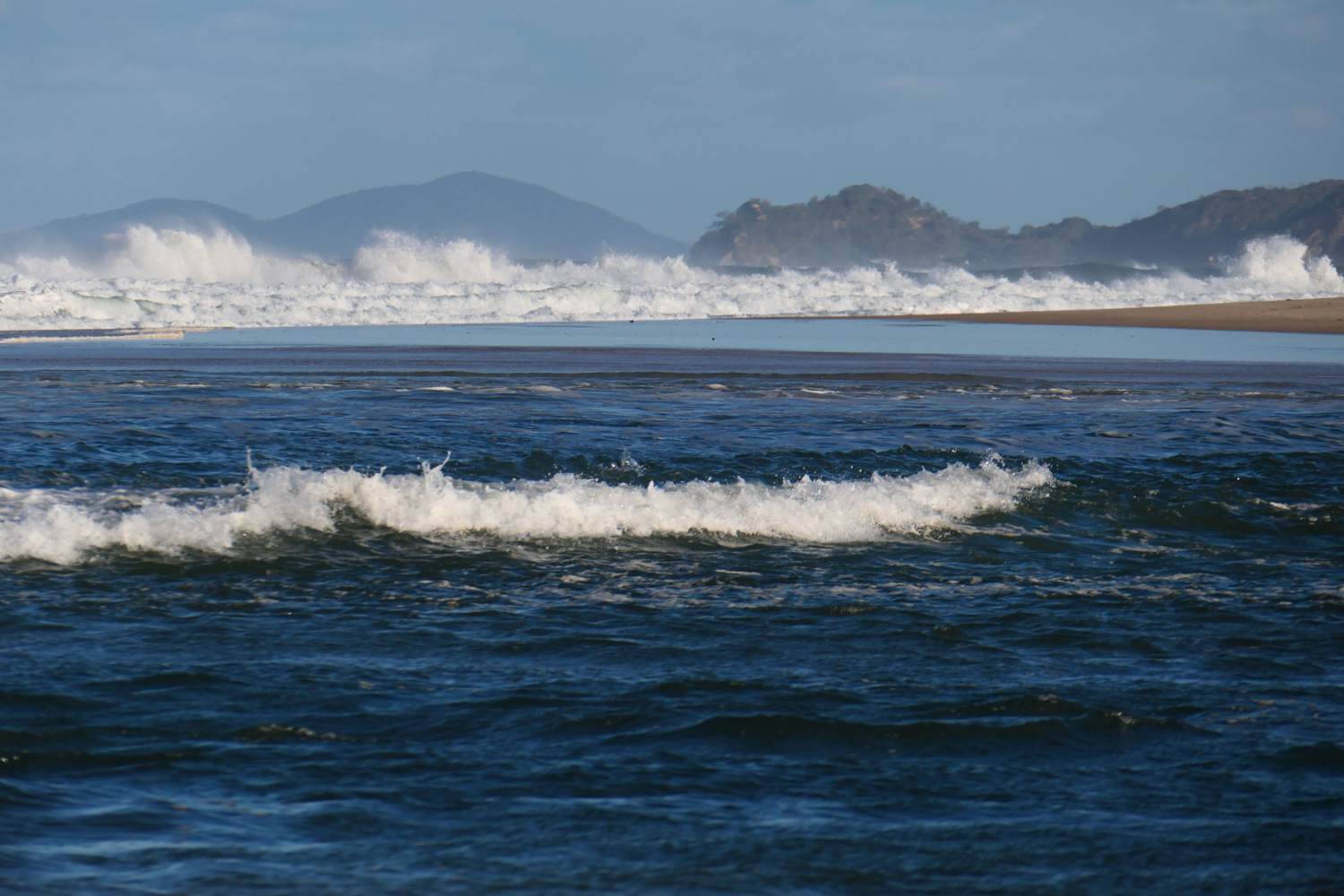 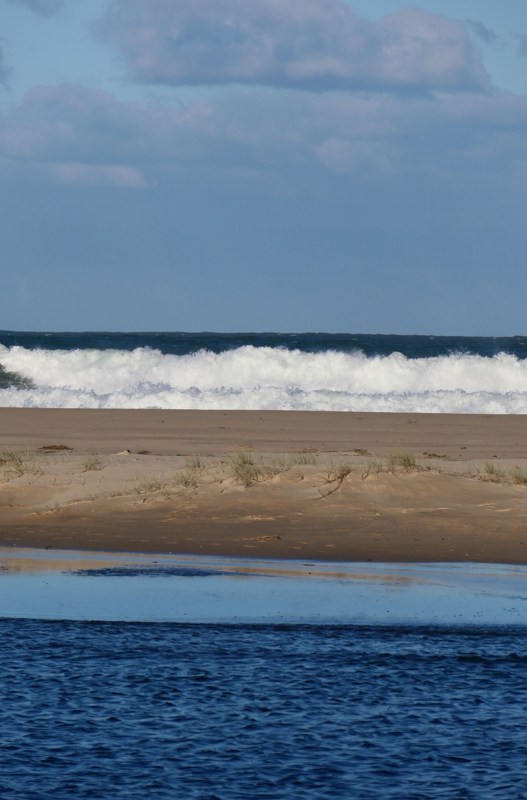 A Sea Eagle is in possession of a small fish, almost colliding with a Brahminy Kite carrying a mouthful of nesting material. Their journeys are purposeful, no need to risk travel for a frivolous holiday. 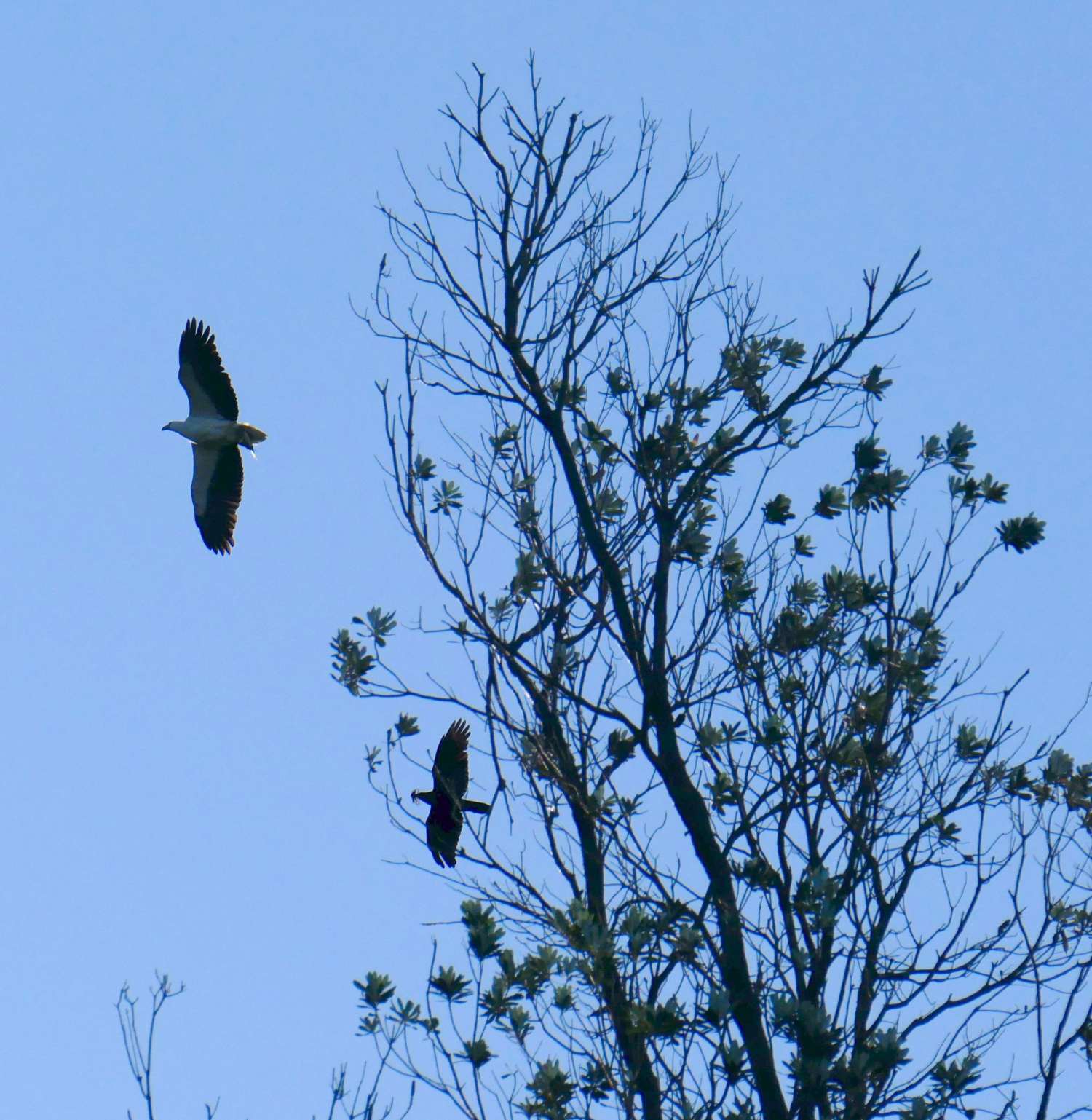 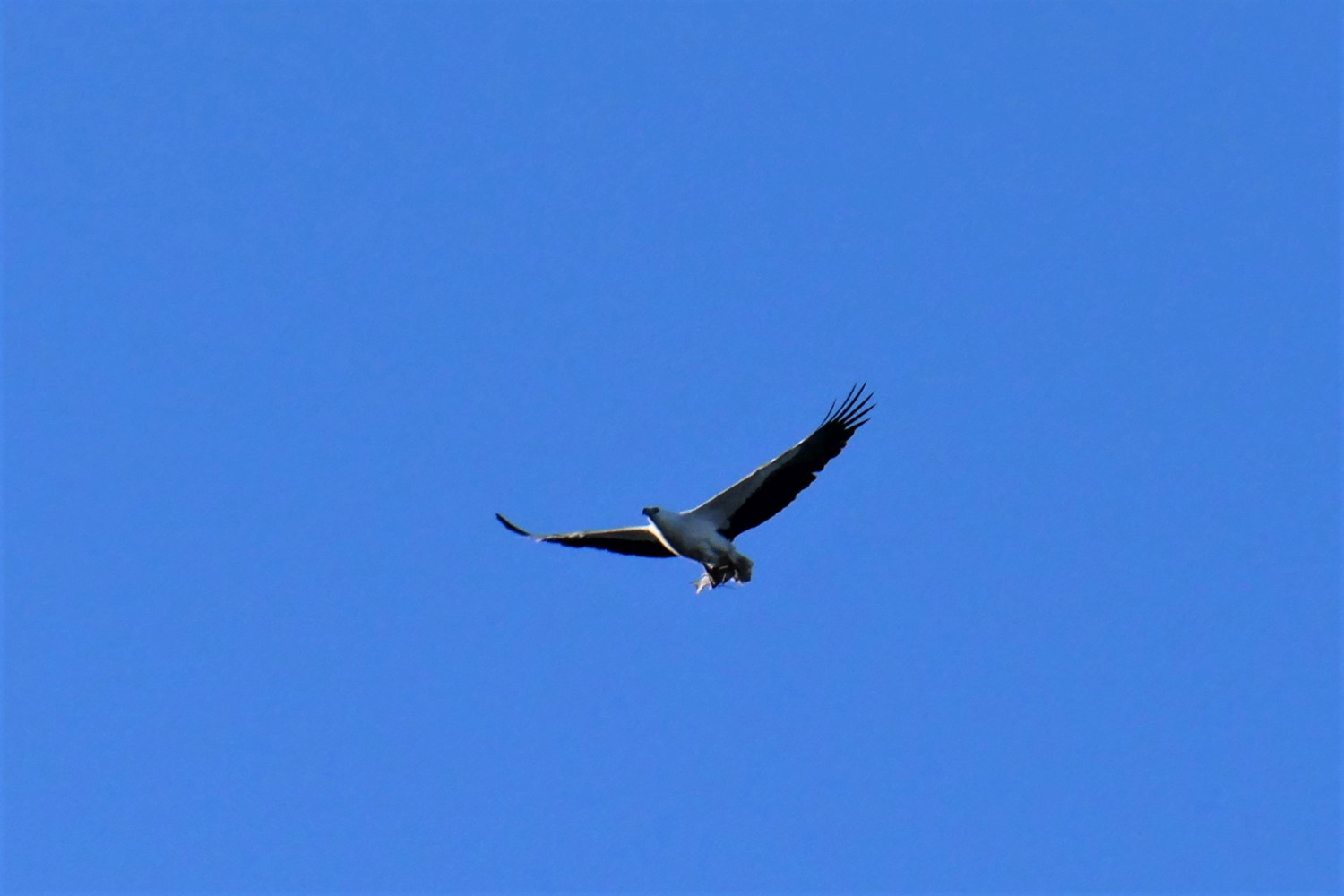 Please find attached a response from Mr Jeremy Gray to your correspondence on behalf of the Hon. Rob Stokes MP, Minister for Planning and Public Spaces regarding the draft Coffs Harbour Regional City Action Plan.

Should you have any questions, please contact Mr Craig Diss. (I had used my title Dr in the letter.)

‘The deadly plague that could devastate the US rabbit population’, The Guardian 15 July

The Black Death (Bubonic Plague) active in Europe between 1347 and 1351, killed around 100 -200 million people. ‘In fact, it may have killed half of the entire population of Europe. This pandemic was caused by a bacterium, Yersinia pestis, not a virus.

Like COVID-19, plague transmits via respiratory droplets. However, the Black Death’s march across the planet was enabled by rodents carrying bacteria-infected fleas. Y. pestis partially blocks the guts of fleas. As the fleas feed on a human, they attempt to clear their blocked guts by regurgitating their meal. This effort releases the bacteria into the bite wound. Prior to medical interventions, people infected with the bubonic plague had about a 50 percent chance of death.

Rabbit haemorrhagic disease virus (RHDV) surfaced in the 1980s as a killer of domesticated rabbit populations in China and Europe, killing well over a hundred million domestic rabbits in China alone. The disease causes fevers and internal bleeding and they eventually die of liver failure within a week or two of being infected. It was used in Australia to try and control rabbit populations. In 2010, a new form of the virus, RHDV2, emerged in Europe.

‘People have learned a lot about transmission of the novel coronavirus recently,’ says Hayley Lanier, a mammalogist at the University of Oklahoma. ‘If you wash your hands well the coronavirus is quite weak. This virus is on the other end of toughness.’ It can survive for months, and carcasses have enough virus to transmit for more than 20 days, meaning anything visiting the carcass (predators, flies) can spread it easily. And it can withstand high heat – it’s still transmissible for several days even in 120F (49C), and can last for three months in dried faeces. [2]

Severe acute respiratory syndrome (SARS) became the first pandemic of the 21st century. Like COVID-19, SARS was due to a coronavirus. Globally, SARS infected an estimated 8,000 people in 29 countries and had a mortality rate of around 10%[3] (vs 1% for COVID-19, though treatment in developed countries has improved survival rates in ICYU patients).

Spanish Flu. In the spring of 1918, health professionals detected an H1N1 virus in United States military personnel – called. From January 1918 to December 1920, this virus infected an estimated 500 million people. This equates to 1 in 3 people on Earth. The virus killed around 675,000 people in the U.S. alone and approximately 50 million worldwide. It appears to have crossed over from birds.

I emailed you exactly a month ago pointing out that ‘the new bird education signs were not working. There are dogs everyday down at the estuary. And the sign has not been erected in the main car park at the end of Valla Beach Rd, a short walk to the estuary, or at the smaller one on the way down.

We waited for over a year for these signs, but now it is clear that the education signage is being ignored.

May I suggest that what is needed is much cheaper – similar to this sign from the far end of the Valla footbridge. It seems that the signage has to be obvious.

I don’t bother ringing Council. Yesterday, a friend rang up council, the ranger did come down, but just warned the dog owner.

Can I ask, how many, if any, fines have been issued at Deep Creek estuary since the new signage went up?

Plenty of residents are getting very frustrated by the lack of commitment of this Council to protect these areas with important natural values.

I am reading Zadie Smith about writing after the Twin Towers attack. ‘Actually, I am sitting here in my pants, looking at a blank screen, finding nothing funny, scared out of my mind like everybody else, smoking a family-sized pouch of Golden Virginia. . . . Does anyone want to know the networks behind those seeming simplicities, the paths that lead from September 11 back to Saudi Arabia and Palestine, and then back to Israel, back further to the second world war, back once more to the first? Does anyone care what writers think about that? Does it help? Or shall we sing of love and drawing rooms and earth and children and all that is small and furry and wounded? Must we produce what you want, anyway? I have absolutely no idea.’ Zadie Smith (2001)[4]

I was not scared, nor am I now. I am lucky, a male who has never gone to war, who has never seen atrocities, only a few dead bodies, and who has had good health (so far). The forest is spreading shadows. Perhaps I live too far away. Perhaps where I love is too beautiful, the birds too wonderful. Australia has problems: Aboriginal deaths in custody, diabolical treatment of refugees, child poverty, careless neglect of the natural environment etc. etc.

[1] ‘The figure of Jen Reid, who was photographed standing on the plinth with her fist raised after the 17th century merchant was toppled by Black Lives Matter demonstrators last month, was erected at dawn by a team directed by the artist Marc Quinn.’

[4] Zadie Smith, ‘‘This is how it feels to me’: Last week James Wood blasted modern fiction, calling for a return to feeling from self-conscious cleverness in the wake of the terrorist attacks.’ Zadie Smith, one of the novelists he cited, replies. https://www.theguardian.com/books/2001/oct/13/fiction.afghanistan