“Being able to socially distance is a sign of privilege,” Mustapha said in French, pointing out that one neighbourhood sector has almost twice the population density of New York City’s densest borough. “It’s hard to apply those rules in Montreal North.” Guardian

The pandemic struck in what was meant to be a landmark year for biodiversity.

New goals for protecting the natural world are due to be agreed in October. BBC

Almost 600,000 Australians lost their jobs last month, and for ‘young people this is beyond anything they could imagine’. SMH

Another plague is enveloping the world – locusts. The Spectator

‘Deeply worrying’: 92% of Australians don’t know the difference between viral and bacterial infections. The Conversation[1]

Take a Break and Read a Fucking Poem. The Stranger[2]

Front line health staff, those in refugee camps, in war zones, in crowded poverty, those forced to work are breathing fear, anxiety and depression. There were people living with these numbing difficulties world over before, it’s just got worse for them. We often use entertainments (or drugs) to subdue these difficulties, but nature can open your eyes, ears, breath.

A bird quiz arrives by email, first thing:
Q2. Complete these Australian bird names:
Zitting . . .
Grey crowned . . .
Flock . . .
Chirruping . . .
I get 2 (but none of them live in this region). In a time of lockdown, jigsaw puzzle have been selling well, and I should think quiz books and games too.

Names have individual sounds, colours and textures.
In the poem, ‘What You Should Know to be a Poet’
Gary Snyder recommends:
‘the names of trees and flowers and weeds
names of stars, and the movements of the planets
and the moon . . .’[3] And the names of birds  . . .

The eco-artist John Wolseley admires John Lewin, Australia’s first free-settler professional artist.[4] His drawings convey such a sense of amazement and wonder. He gave them now-forgotten names, like Warty Face Honeysucker. In those days this bird, then also called the Embroidered Merops, and now known as the Regent Honeyeater, was abundant all over south-east Australia . . .Now, due to habitat loss, its numbers are down to 500 or so birds – and extinction is predicted. [5] 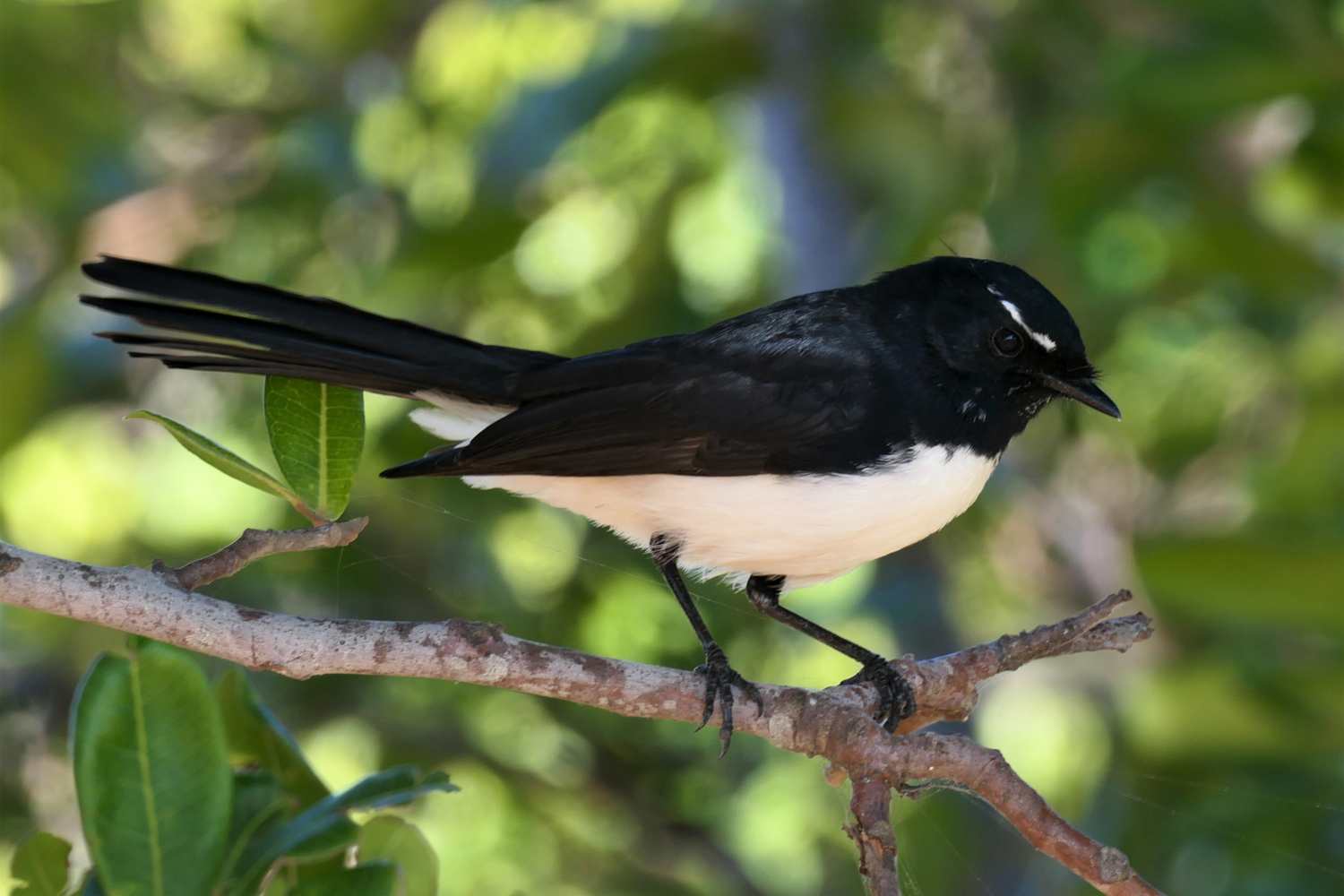 A Willy Wagtail darts about, can’t sit still,
neither would I if I had mastered flight.
To appreciate its chicness, I take three shots,
the third works on a pure white rump and belly,
black back, legs and head, a small dark eye
beneath those stern white eyebrows. 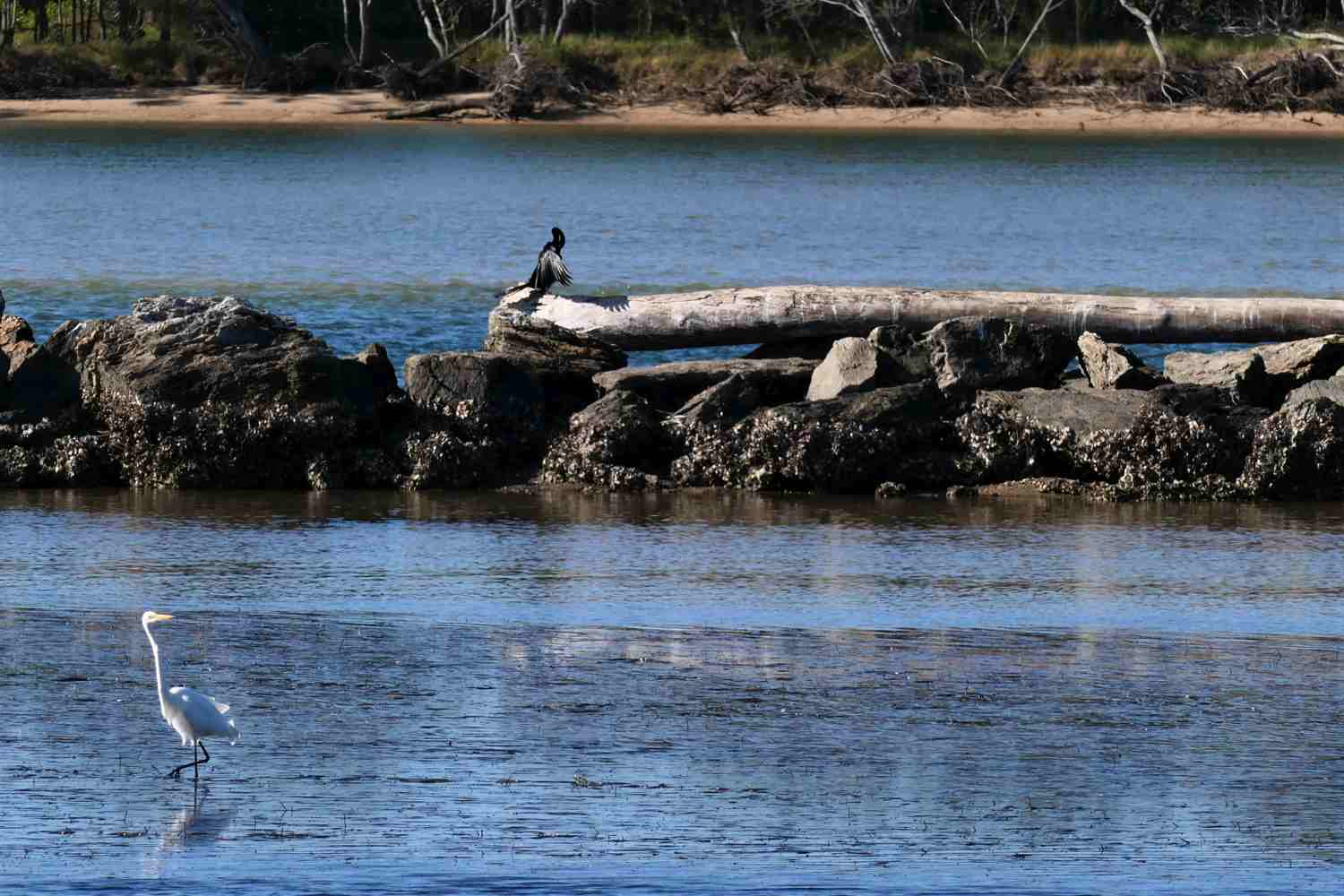 A Darter dries off behind a Great Egret
standing stock-still, experienced
with this technique, alert not vacant. 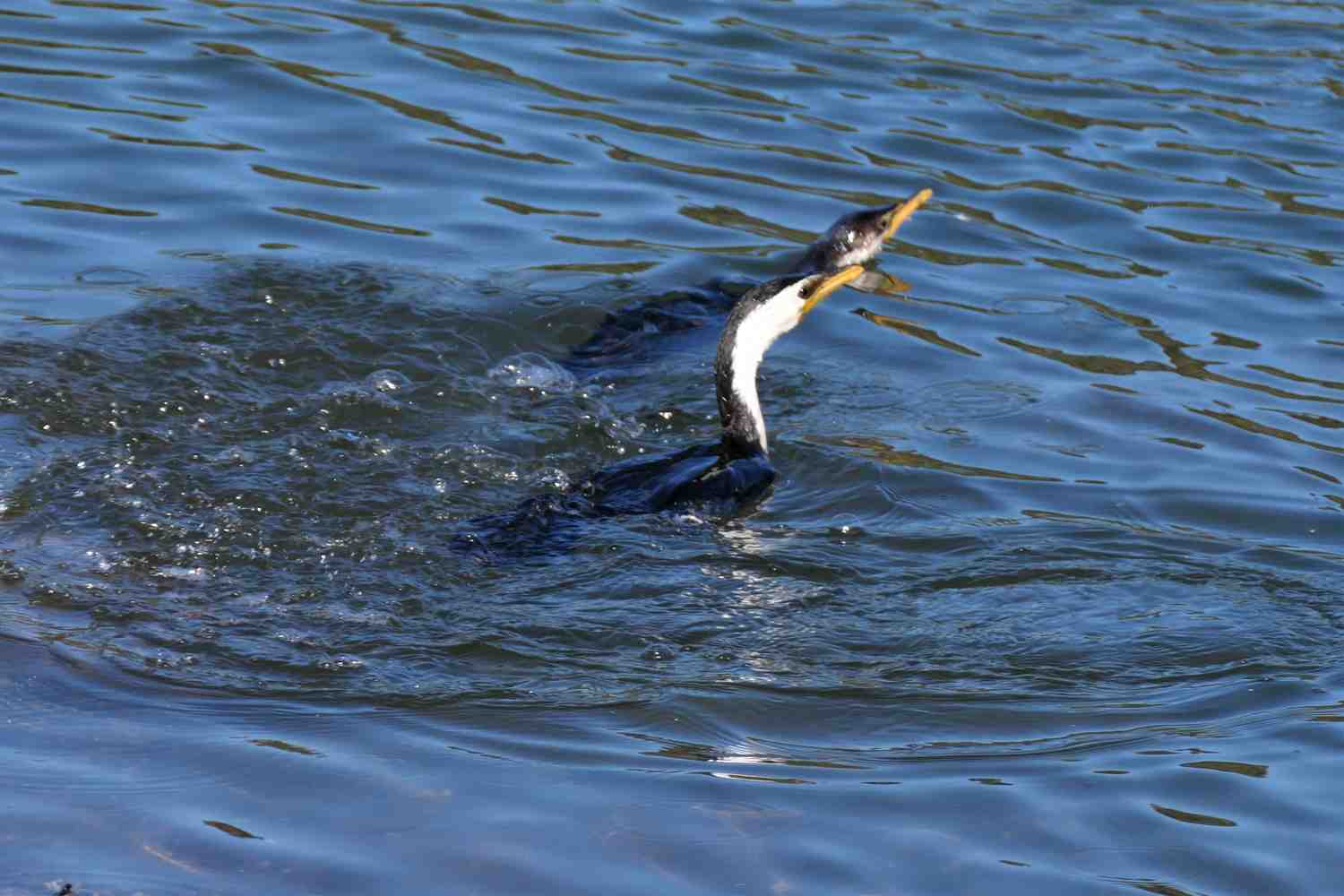 Pied Cormorants, one too close
is chased away in a bigger splash, 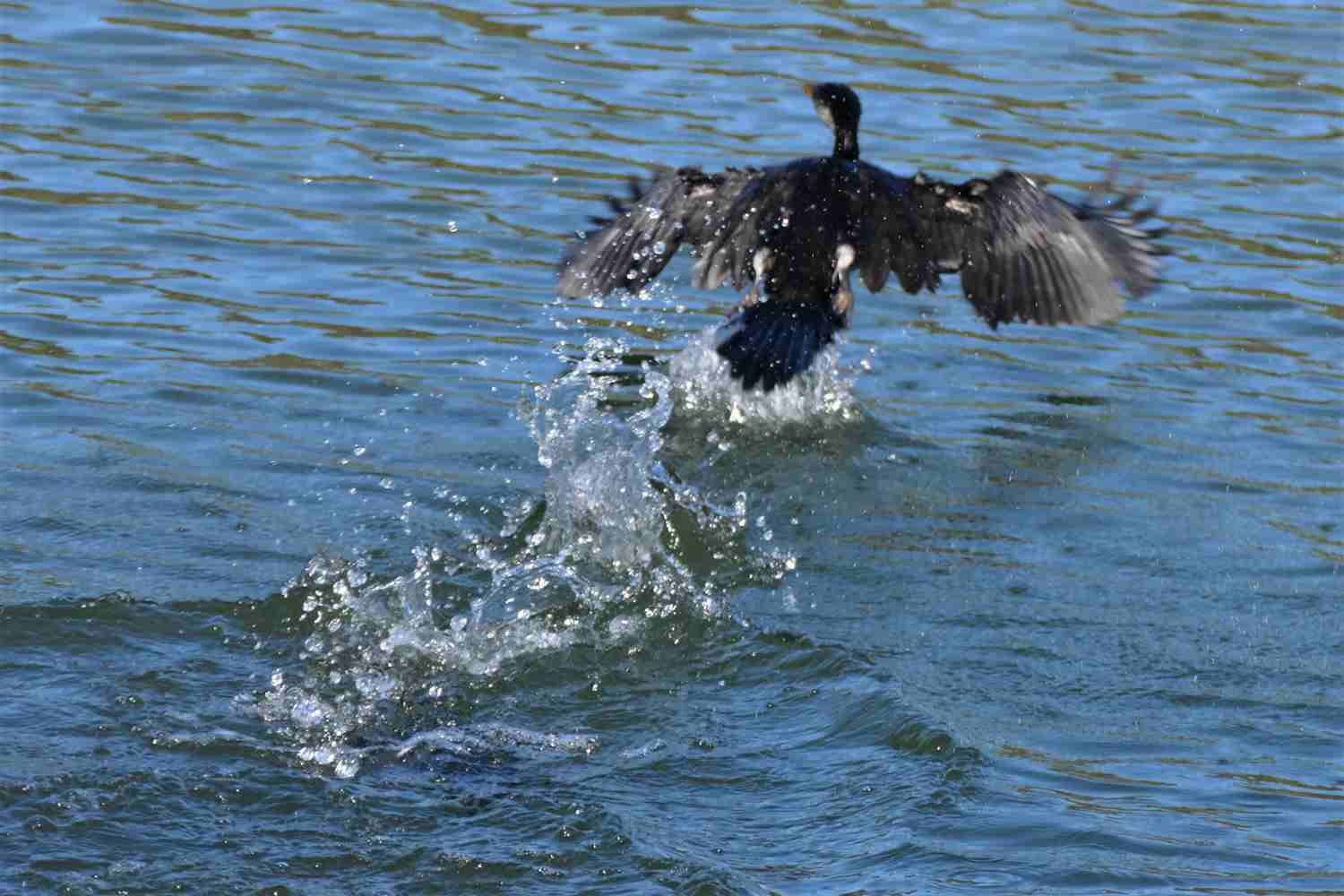 chandeliers of light, but lands close
to dry, the victor disappears up river. 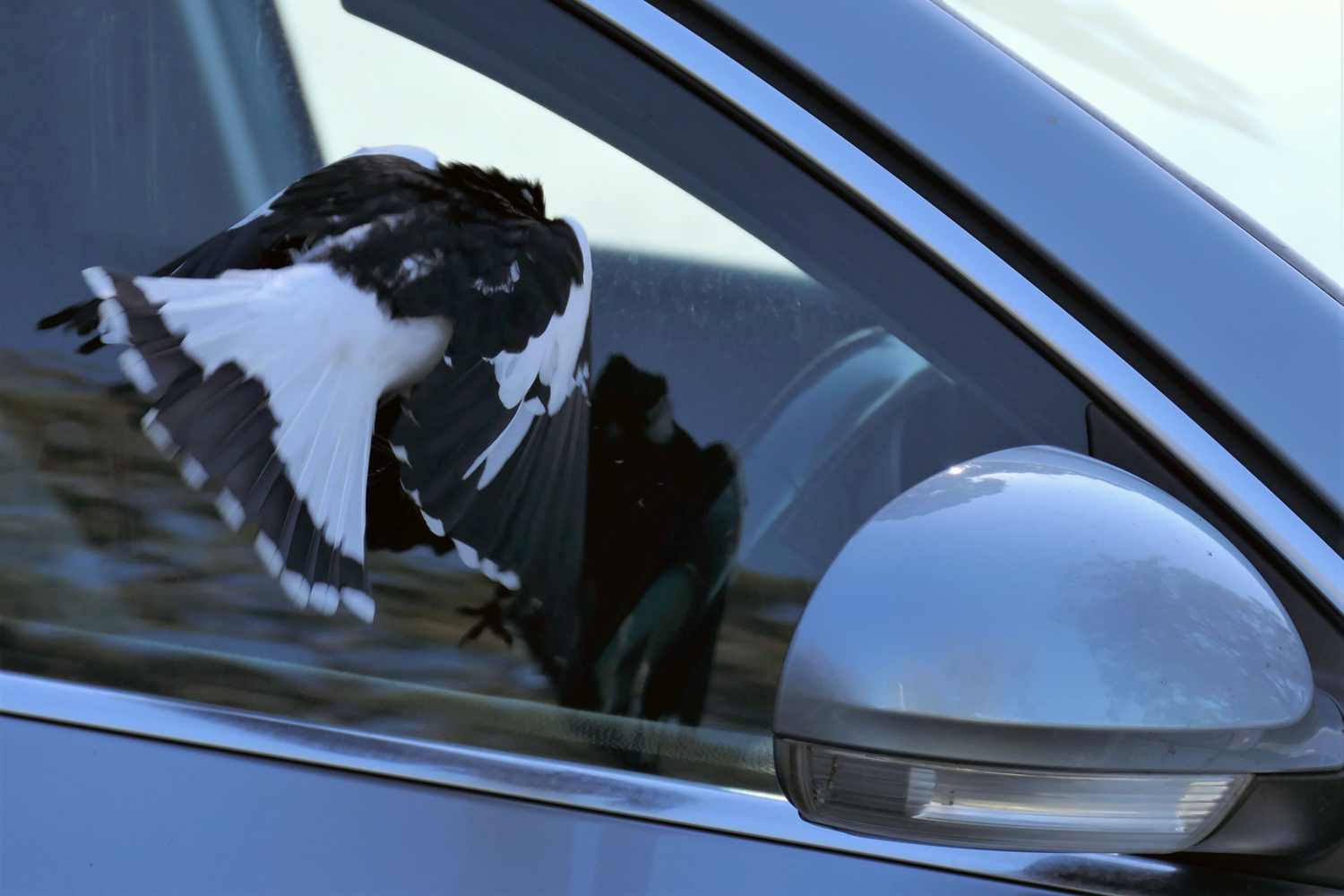 A Peewee attacks his reflection
ignoring the pictured avenue
of mature trees. The contorted
wings behead the bird, but
aggression works. Innocence
is a mythological transcendence. 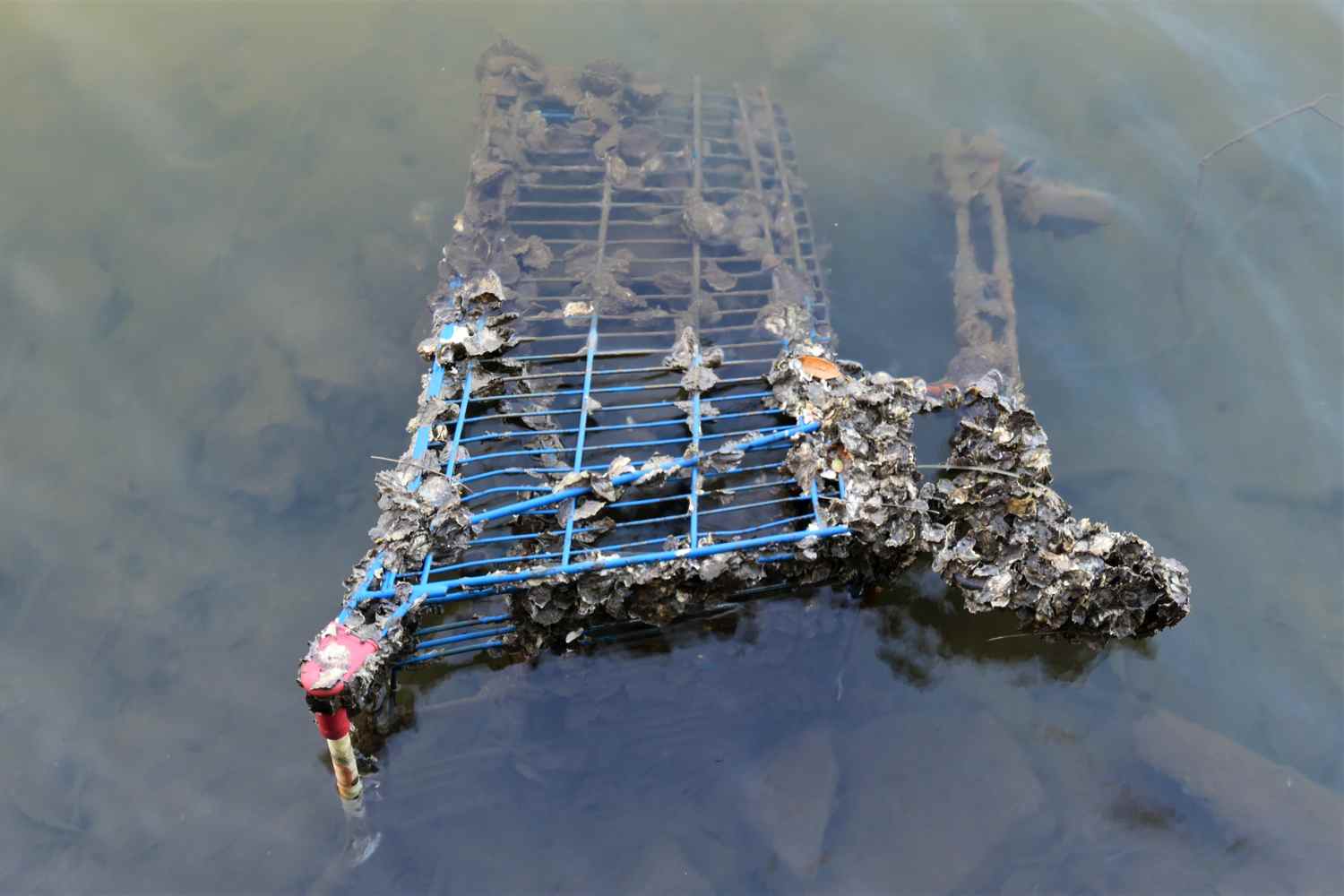 Fish flash past a shopping trolley
haunting the riverbed year after year,
tossed over the railing in ‘play’
or an oyster housing development, 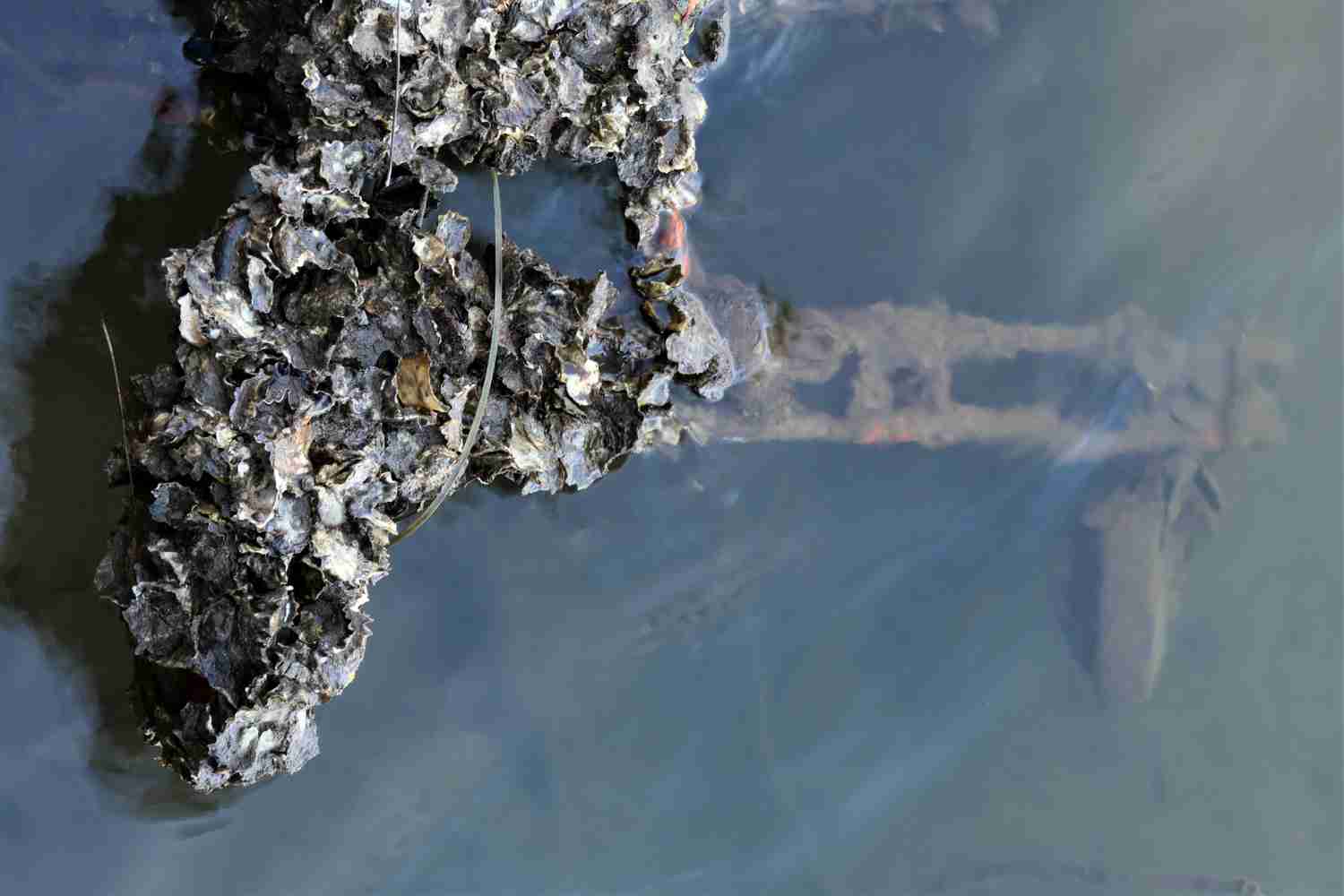 one wheel thickly encrusted
and one able to turn stiffly.

The bright Sumitomo digger
is struggling to build a future
with so many immanent threats. 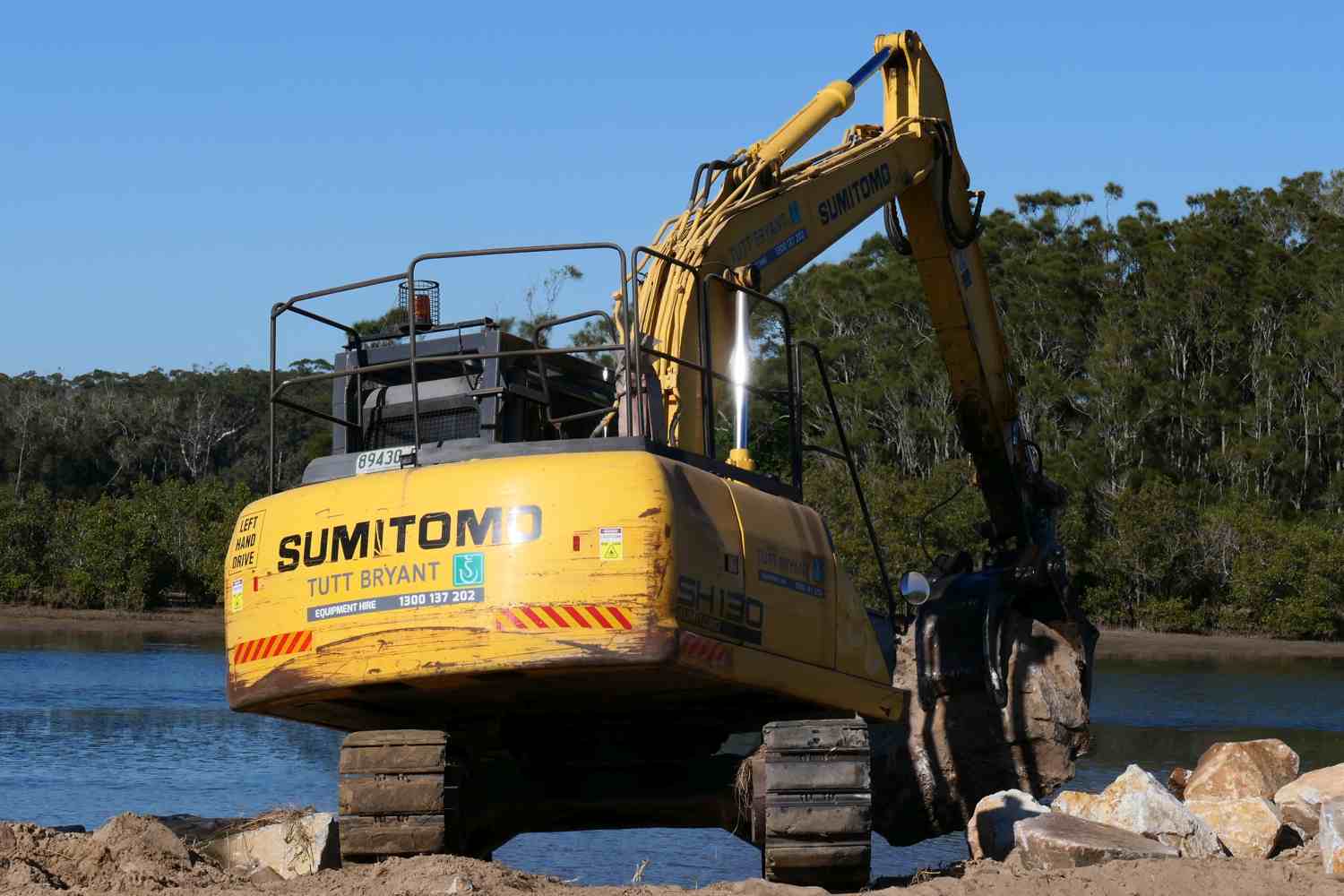 The digger rocks violently
as the grabber lifts a boulder,
I think it will tip, but it drops
the huge rock into place
and hammers it down.

The ugly boulders replace
thin wooden boards
I walk along the river
over a bellyful of beds. 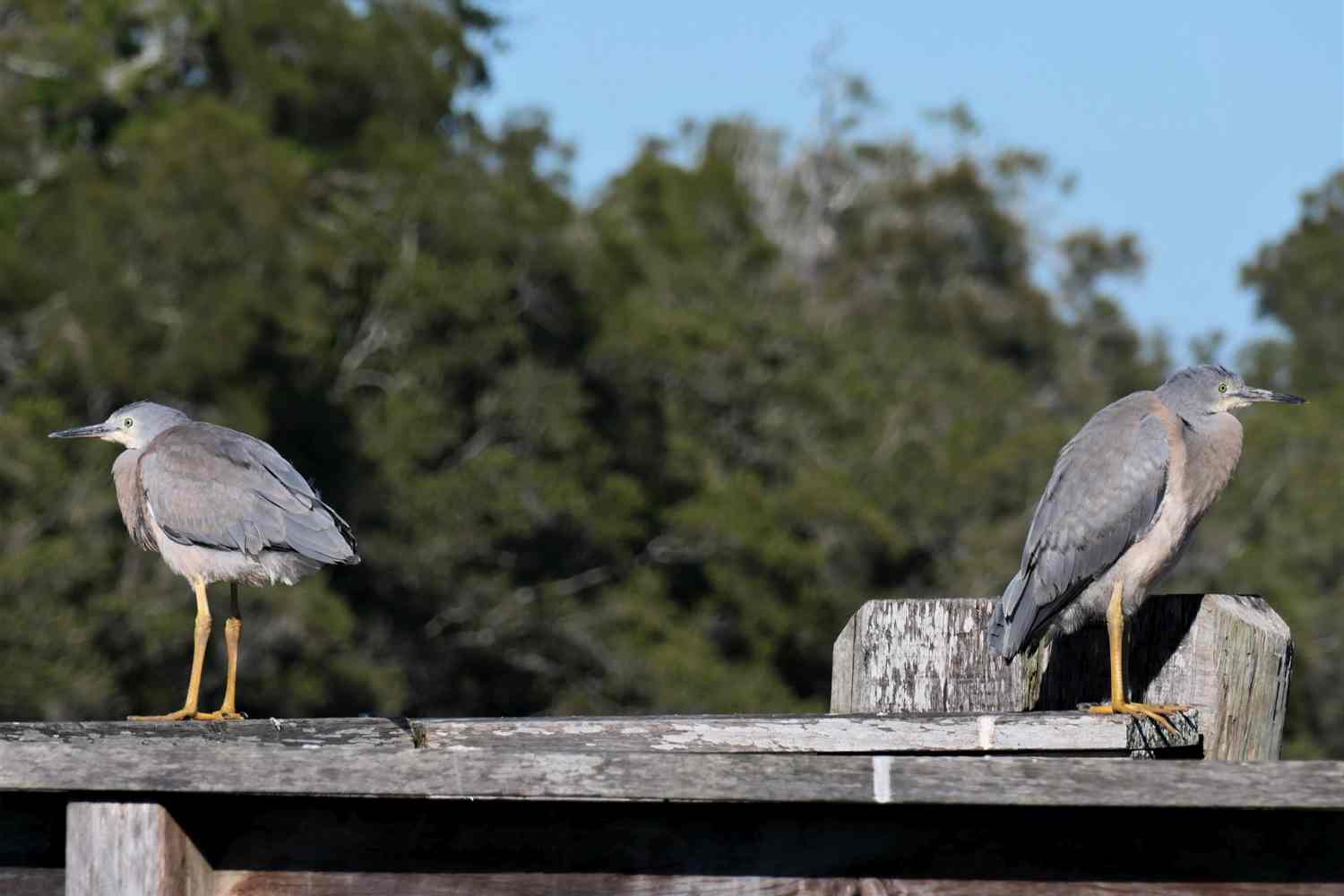 A pair of Herons holding
the landing stage, seem to
be waiting for someone.
The future belongs to them,
or to the stingrays.

Natural selection provides animals with weapons. Mating is the most highly prized resource animals compete over, though conflict can arise over food, shelter and territory. As soon as some species of male fig wasps hatch inside the fig they attack and try to decapitate their brothers using large and powerful mandibles. However violence is the exception. Usually contests in the animal word are settled through aggressive behaviour, displays and trials of strength.[6] For example, male fiddler crabs wave their oversized claw while battling over territory.

In the mail a leaflet warning about the backburning, not as much as rumours.

Then I receive a call to arms:
Logging of the Nambucca State Forest has now started, 14 MAY, 2020
NVCA has been in contact with other environmentally concerned groups including Nambucca Valley Climate Action Group, and all will meet for a VIGIL tomorrow morning, Friday 15 May, from 7am.

[1] ‘The results are deeply worrying, because people who do not understand how antibiotics work are more likely to misuse or overuse them. This in turn fuels the rise of drug-resistant bacteria (also known as ‘superbugs’) and life-threatening infections. . . By 2050, drug-resistant bacteria are forecast to cost the nation at least A$283 billion and kill more people than cancer.’ Paul de Barro

[2] Rich Smith suggests ‘Elegy’ by Aracelis Girmay (2011): ‘All above us is the touching/ of strangers & parrots, / some of them human,/ some of them not human. / Listen to me. I am telling you / a true thing. This is the only kingdom. / The kingdom of touching; / the touches of the disappearing, things.’ [last two stanzas] And here we are with the haptic lost to us.

[4] Lewin produced the first book of Australian birds, Birds of New Holland with Their Natural History, London: J. White and S. Bagster, 1808. Only six copies are known to exist, the consignment being lost en-route to Australia (printed in England as no quality paper was available in the colony). In 1813 he published a version of his first, the first illustrated book, the first natural history book and the first non-government publication to be published in Australia.