Journalist Arrested in Manhattan for Writing “Trump=Plague” in Chalk. Hyperallergic

Everyday headlines the numbers of dead and there will be many more to come, especially from the poorer parts of the world, with health systems already under stress. This war has no borders, but here are some numbers circumscribed by borders, human versus human/machine. Last year deaths from violence are estimated as:

The World Health Organization (WHO) estimates that the flu kills 290,000 to 650,000 people worldwide per year. [4] In 2017, almost 1.6 million people died from diarrheal diseases globally. These are caused by bad water and poor sanitation and are cheap to prevent. The Australian Government’s economic support package so far is $320 billion (12 May, Treasury Statement).

There will be more deaths from this pandemic through suicides, opioid deaths, and medical conditions as health services are focused on COVID-19. There is so much death we find uninteresting.

If one cannot help directly then help by showing what is available, to hand and eye, to enliven and lift – and think – what is important – and what is important is health, and that includes health of the planet – upon which healthy human populations depend.

The planet is in crisis mode, another half a percent rise in global warming could be catastrophic. Why don’t politicians (the majority so slow to take the pandemic seriously) take climate change seriously (Arctic permafrost is melting, half of Greenland ‘s ice sheet has melted, record temperatures rise around the world, and CO2 rates are still ! not falling). 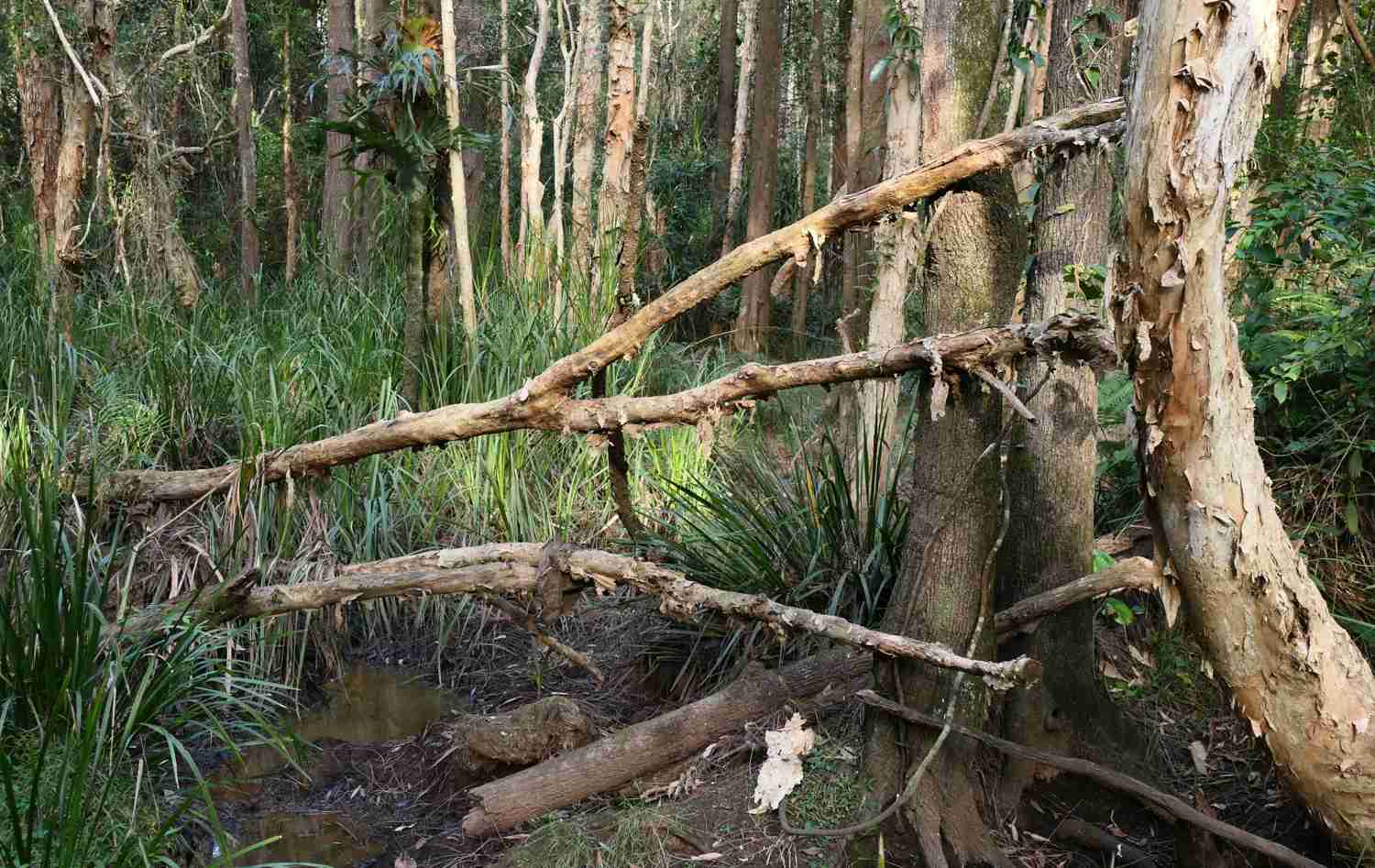 A bush walk is always original, always interesting, and invariably refreshing for mind and body. The only birds I hear on this morning’s walk are Superb Fairy Wrens and Grey Fantails twittering their high-pitched contact calls, and at the end, two Golden Whistlers dueling. Two males making beautiful music but not singing, their sounds were like trumpets making announcements. 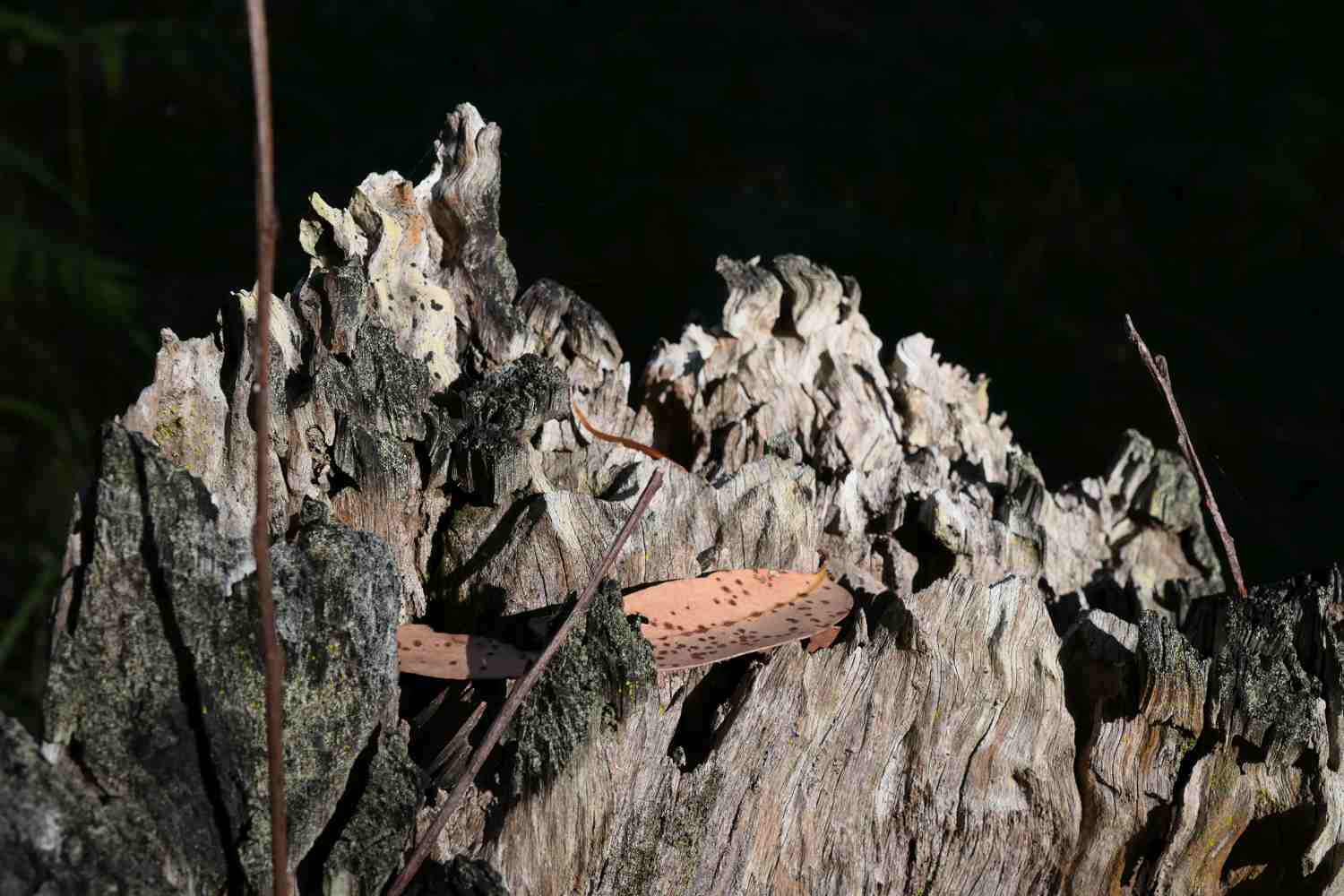 This particular piece [a tree stump with a stone wall inside] — it has fallen down now three times: three days, three collapses. The actual act of collapse and the attempt is becoming interesting enough to become the work. I may have bitten off something I cannot make here. I don’t know if I will be able to achieve what I want to; or I will, with a huge amount of luck and chance. But if I don’t, I think the act of building and rebuilding, collapse, could become the work. Andy Goldsworthy. [5] 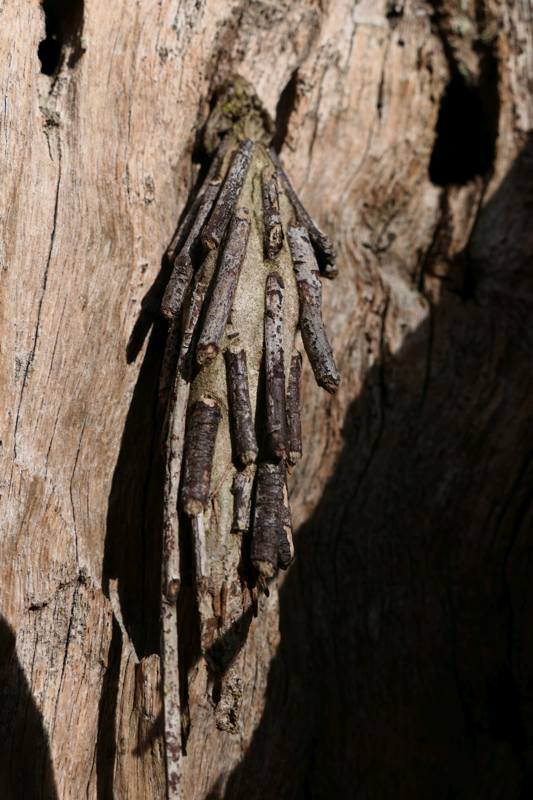 This land Caddisfly larva is an artist, a master of disguise. What if art had no works of art, no artists as makers, but rather artists as facilitators, tour guides, educators? A sustainable art! Sustainability is so important now that the biosphere is slowly but inexorably being destroyed. Andy Goldsworthy is a sensational ecological artist, and I love his work, but what if we could appreciate our environment as aesthetically dazzling by itself, as an immersive ecological experience? 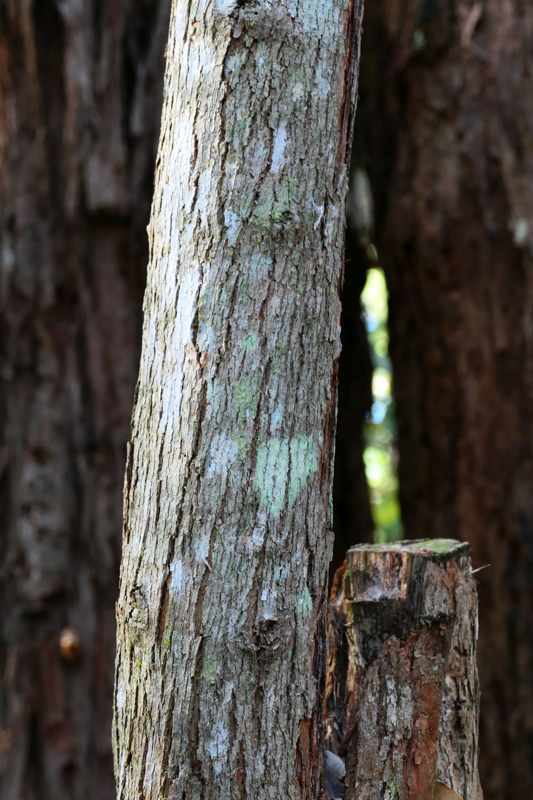 This forest is an ecology, not just of living beings, but a cultural and historical ecology of human interactions. The Gumbaynggirr lived in this place for many thousands of years, then the Europeans came with axes and then chain saws, and in 150 years have caused chaos to some of the natural systems and decline in habitats, fauna and flora. These tree stumps are beautiful relics and being slowly returned to the earth by beetles, fungi, bacteria etc. I call the stumps sculptures. They have interesting surfaces, textures, shapes and coloured with life – no need for Pentelic marble carved for the Parthenon sculptures, or the ghostly Carrara marble Donatello, Michelangelo and others used. 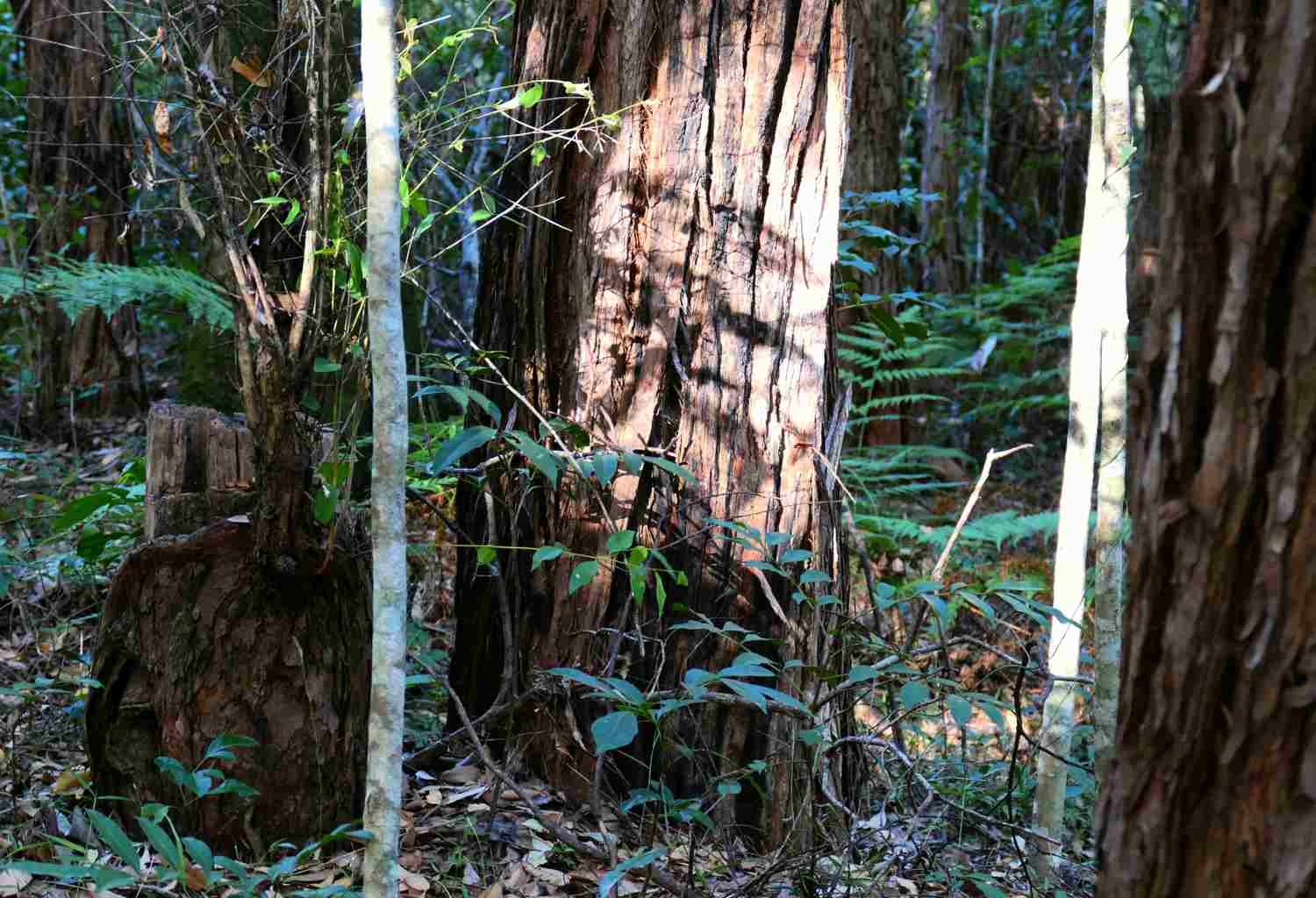 Half a millennium ago, an artist found once living beings and fashioned their lives into decoration on a writing box.[6] These beings have undergone a metamorphosis, almost as radical as a caterpillar becoming a butterfly or a tadpole’s transformation into a frog. The whole surface of the mouse– the furry body, ‘petal-like ears and velvety paws’, are composed of silver. [7]

These living beings have been transmuted into a polished, gleaming treasure. The artist was the polymath Wenzel Jamnitzer, the Nuremburg goldsmith working at his peak between 1550 and 1570. He cast silver flowers so delicate their petals fluttered if you breathed on them. 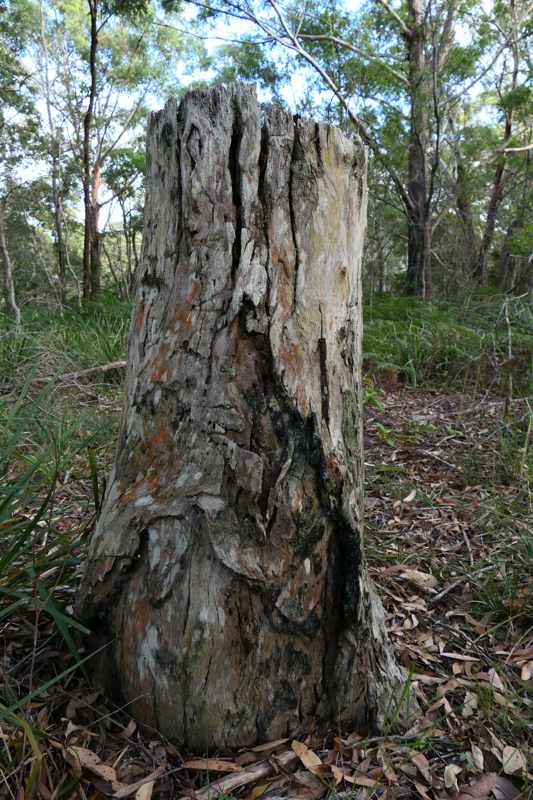 Jamnitzer’s silver probably came from the Americas.[8] Spanish American mines were the world’s cheapest source of silver. From 1500 to 1800, Mexico and Peru produced about 80% of the world’s silver. [9]  In 1545, a shepherd lighting a fire discovered silver at Potosí, Bolivia. ‘Overnight Potosi sprung up, the highest city in the world, that become one of the largest cities as well, bigger than Madrid itself, with unparalleled wealth. Potosi had pavements made of silver, opulent churches, palaces, theatres, the royal mint, and the constant influx of new settlers looking for riches.’[10] 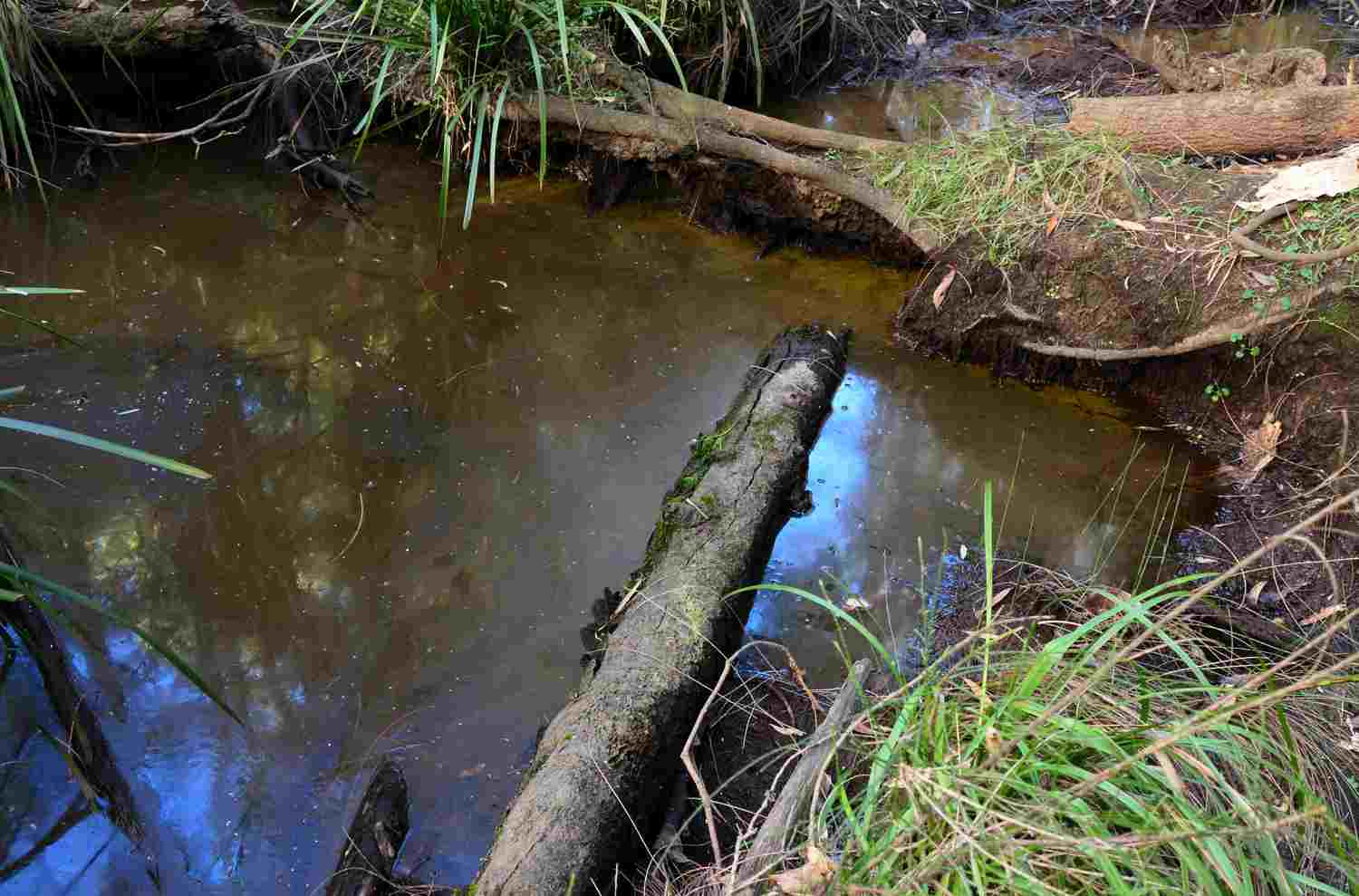 The mining work was dangerous and hard, dramatically captured by Sebastião Salgado’s best-known project, photographing the Brazilian Serra Pelada gold mine near the mouth of the Amazon in 1986 (after 6 years of trying to get permission to visit). For a decade, the world’s largest open-air gold mine, employed around 50,000 diggers in terrible conditions. His black and white prints are available on Ilford fibre based silver gelatin paper.

It is believed that eight million people have died in the mines of Potosi, most of them either natives or African slaves. ‘A once thriving community has been reduced to a dusty, dilapidated town with a lasting hell underneath.’[11] The abundance of silver in the Inca Empire is given by the story of Atahualpa, the 13th and last emperor of the Inca. He won a devastating civil war with his half brother, only to be captured, in late 1532. The ransom paid for his release was: a room measuring 7 x 5m was to be filled to half its height of 5m with gold, and twice over to its entire height with silver.[12] It took two months to deliver the treasures then Franscisco Pizarro executed him anyway. 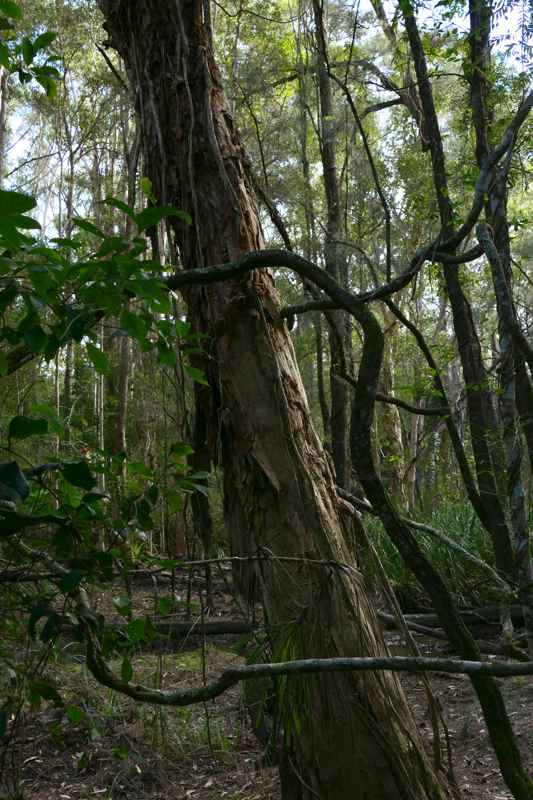 In the 17th C the Repartimiento was in force, a colonial forced labor system imposed upon the indigenous populations forced to do low-paid or unpaid labor, including working the mines, for a certain number of weeks or months each year. This trade was one beginning to globalisation. ‘Many scholars consider the silver trade to mark the beginning of a genuinely global economy, with one historian noting that silver, ‘went round the world and made the world go round’.’[13] Low wages and slave labour is still happening around the world and we are benefiting, cheap clothes, smart phones, holidays etc etc etc   . 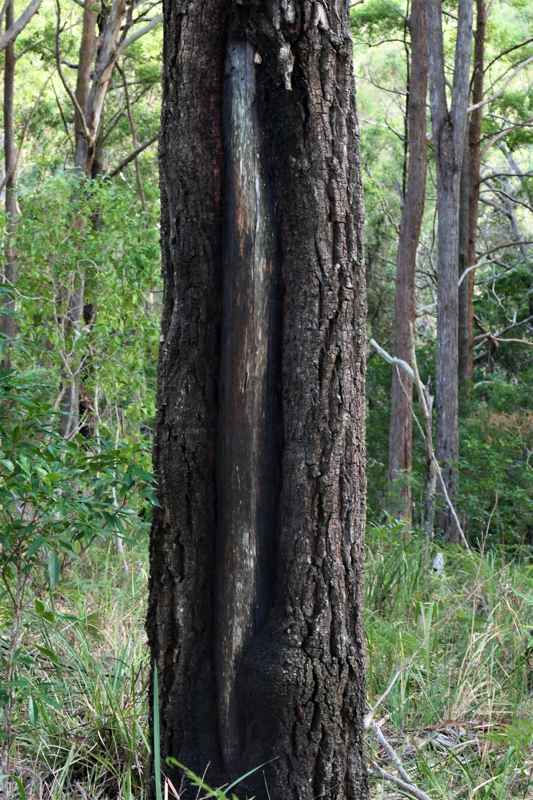 By using living – dead objects, is Jamnitzer an artist or craftsperson? For indigenous peoples, the most precious art is associated with spirits, with who has touched or owned the object – to do with origins. Romanticism used the imagination as a key to judging art. After Duchamp’s readymade, the Fountain, art changed, judging and making art become inseparable. The question aesthetics traditionally asked, ‘Is it beautiful?’ has been substituted for ‘Is it art?’

Hi Georgie
You probably got an out of office reply too – Lyn’s on annual leave.

By coincidence while doing the dishes I had ABC Drive on with James Valentine who I never listen to – said Bill Gammage’s The Biggest Estate on Earth is his favourite book of the last 20 years! !! I brought him and his wife up for the writers festival some years ago. Did you get to those sessions? He has a great interview with Michael Fletcher drilling into the ground to gain understanding of historical fire-stick farming in NW Tassie. [14]

I am not so concerned about the burn – as I said a lot of thought and planning now go into Burns and they are mosaic slow burns, no worries for goannas and echidnas

BUT – I did say to Lynn that the local community e.g. VBCA should be made aware of what burns are being planned, where and why.

My mother is getting fed up, locked in her flat, no cleaners for weeks now. She can’t change the sheets and now vacuuming is too much for her. I don’t want her to fall again. She would be shocked at the dust in our house. She was a hero, a young girl who became a nurse. Her first job was to heat water for stone water bottles and place them in empty beds in a ward. She had no idea why. It was D-Day. She worked so hard, every other Sunday off, saw terrible injuries and death. No medal.  I wish I could show her where we live, our blue house where we are happy and the flowers in our garden. 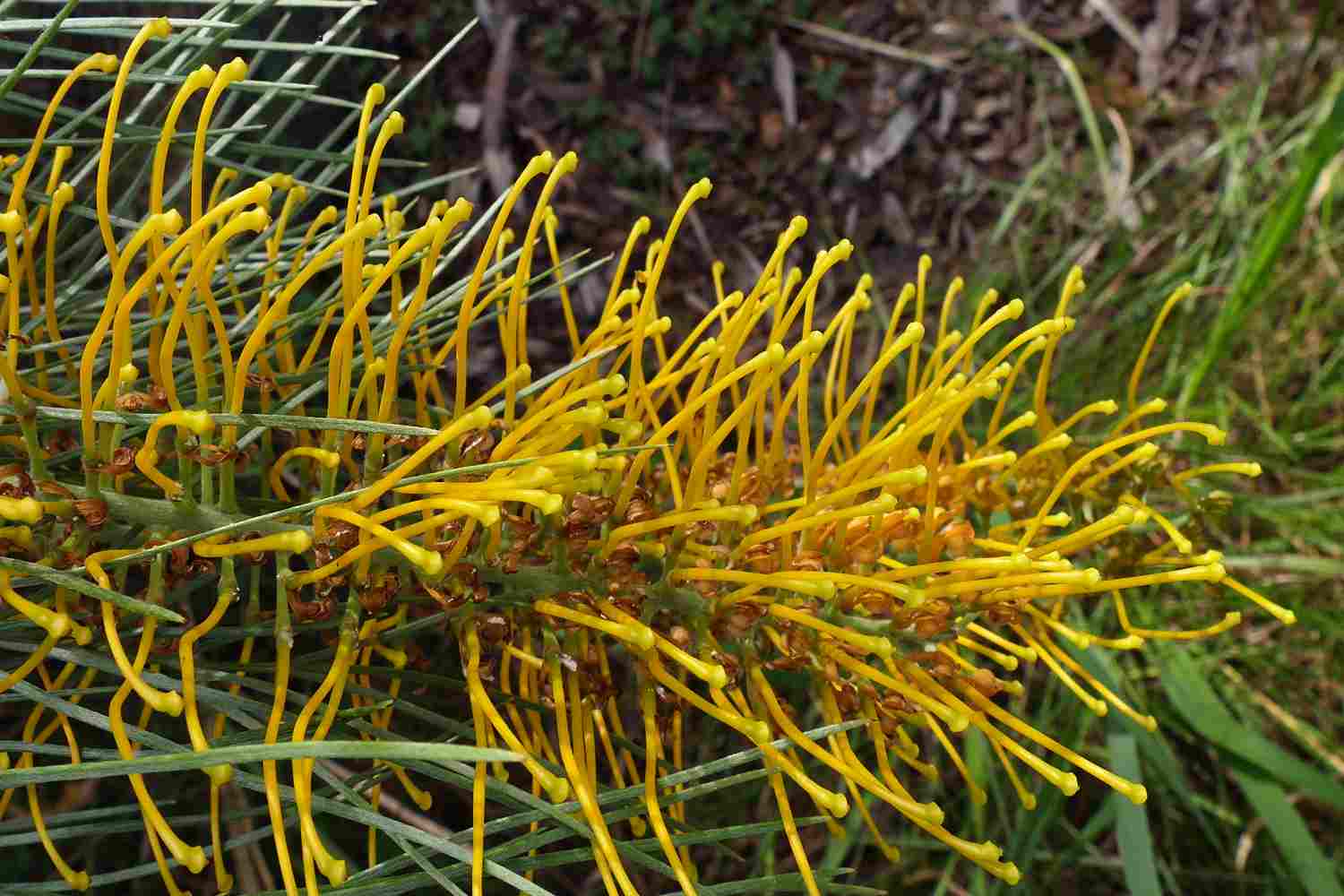 [4] https://www.health.com/condition/cold-flu-sinus/how-many-people-die-of-the-flu-every-year. March 26.2020. ‘Dr. Fauci, a member of the White House Coronavirus Task Force, cautioned on March 25 that coronavirus could become a cyclical event, much like the flu. He said that the U.S. needs to be prepared for the inevitability of a second cycle beginning in the fall of 2020.’

[7] Wenzel Jamnitzer was mathematician, printmaker, inventor of scientific instruments, and master of the Renaissance art of lifecasting. See Amelia Soth, https://daily.jstor.org/how-renaissance-artisans-turned-live-animals-into-silver/ March 5, 2020. ‘Lifecasting is the practice of making sculptures using molds taken from real-life plants and animals, and it can result in astonishingly detailed and lifelike representations.

http://www.thetravelclub.org/articles/travelogues/568-potosi-mine-bolivia. I don’t believe London’s streets were ever paved in gold either.

[14] Fletcher was working ins an area called Surrey Hills, an 1827 diary records parkland, very few trees, now it’s thick rainforest. They drilled down and dated the trees and found that prior to 1827 the area was dominated by grasses and eucalypts. They found charcoal from fires. None of the rainforest trees were older than 1840, though they live for 500 years. Based on an article by Michael-Shawn Fletcher from May 11 which concludes: ‘That’s why Indigenous fire management could help save Australia from devastating disasters like the recent Black Summer.’ https://theconversation.com/amp/this-rainforest-was-once-a-grassland-savanna-maintained-by-aboriginal-people-until-colonisation-138289