urged to declare Great Barrier Reef ‘in danger’. The Guardian

The Coffs Coast Advocate has once again had an amazing response to our monthly Beautiful Babies segment.

Where’s Airborne Plastic? Everywhere, Scientists Find. There’s “no nook or cranny” on the planet where it doesn’t end up, the lead researcher on a new study said. NY Times

On the Resolute Nihilism of a True End Times Classic: Nevil Shute’s On the Beach. LitHub

But it’s increasingly clear the return to live performance may be a matter of months or even years. For starters, safety is a major concern. A number of genres, including opera and musical theatre, pose particular risks to both performers and audience members due to singers’ potential role as super-spreaders. The Conversation (Caitlin Vincent)

Churchill statue clashes concern – Busloads of far-right demonstrators are feared to be planning to travel hundreds of miles to “defend” memorials at the weekend, campaigners have said. There are concerns that hundreds are mobilising to attend a “patriotic unity” event at Winston Churchill’s statue in Westminster on Saturday morning, in response to the Black Lives Matter protests. The Guardian 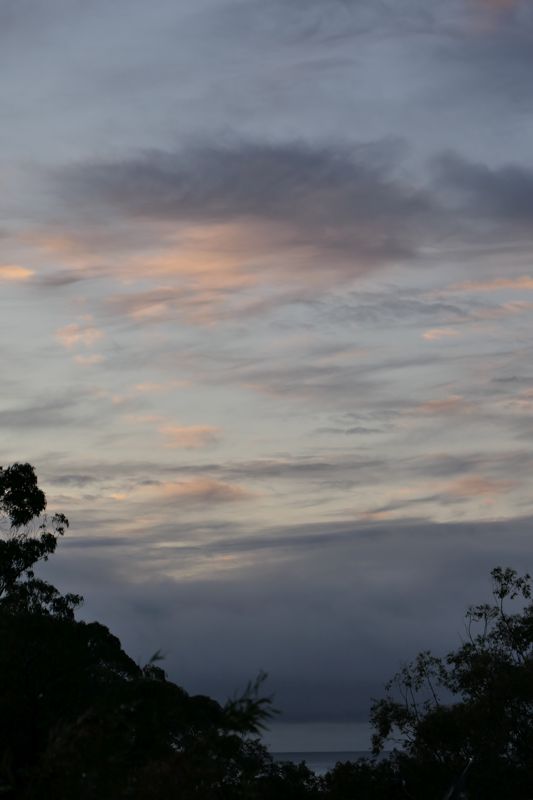 The problem with Churchill’s statue is that it’s there to remind people of what he did for the country in the war against fascism (a lot), not for his love of poison gas and killing ‘barbarous people’. Everyone was a racist back then, well, nearly everyone, but Churchill was extreme. The British are so ignorant of their imperial history.

Churchill enjoyed ‘a lot of jolly little wars against barbarous peoples’. In the Swat valley, (where I once spent a jolly Christmas) he realised that the local population was fighting back because of ‘the presence of British troops in lands the local people considered their own.’ He recorded. ‘We proceeded systematically, village by village, and we destroyed the houses, filled up the wells, blew down the towers, cut down the shady trees, burned the crops and broke the reservoirs in punitive devastation.’[1] From there he fought in Sudan. He became an MP and when there was a Kurdish rebellion in Iraq he wrote in 1919 a secret memo, ‘I am strongly in favour of using poisoned gas against uncivilized tribes . . . would spread a lively terror . . . Why is it not fair for a British artilleryman to fire a shell which makes the said native sneeze? It is really too silly.’[2] He wanted to use chemicals against the Russian Bolsheviks.[3]

There are many other instances of his cruelty: allowing 4 million Bengalis to starve to death in the 1943 famine (as in the Irish famine the country’s own surplus grain was exported); the Black & Tans let loose in Ireland; the clearance of the highlands (In Kenya) and use of concentration camps.[4]

Had Germany launched an invasion in 1940, the British plan was to spray German troops with mustard gas . . . The plan was lethally dangerous, not least because Germany had 20 times as much mustard gas as Britain. The British would be breaching a secret agreement made with Hitler in the first hours of the war in 1939. General Dill withdrew his memorandum in the face of fierce criticism, but it was then supported by Churchill who gave his full backing for the use of gas. [5]

‘Churchill’s murder boys’ as one German remembered calling them – which together with the bombing of other German cities killed 350,000 civilians during the last 15 months of the war (three times more than in the previous three years put together) still shocks; no-one was innocent in this war, everyone committed obscene atrocities. [6]

Churchill wrote that he wanted, ‘absolutely devastating, exterminating attacks by very heavy bombers.’ The firebombing of Dresden was one result.

‘History,’ Winston Churchill said, ‘will be kind to me, for I intend to write it myself.’ He needn’t have bothered. He was one of the great mass murderers of the 20th century, yet is the only one, unlike Hitler and Stalin, to have escaped historical odium in the West. He has been crowned with a Nobel Prize (for literature, no less), and now, an actor portraying him (Gary Oldman) has been awarded an Oscar. [7]

And I haven’t mentioned his vehement opposition to votes for women, the miner’s strike and Indian independence. Or the fact that I was in the sick bay when he was buried. You can tell that my school thought very highly of him. The monks specially brought in a small B&W TV so we could watch it live. Even the Queen was there, ‘who did not normally attend funerals of commoners’. The few of us ended up bored and fighting with foul smelling Mycil Powder (for athlete’s foot).We got caught and beaten in our pajamas with anger and a plastic pipe by Father Stephen (an odd occasion, it was always the cane). That was the worst beating (of many) I ever received. I was ten years and one week old.

This pandemic is now raging through India, Africa and South America, causing death, misery, starvation and utter distress, it is however not a human cruelty. We can kill just as well as a virus or bacteria. 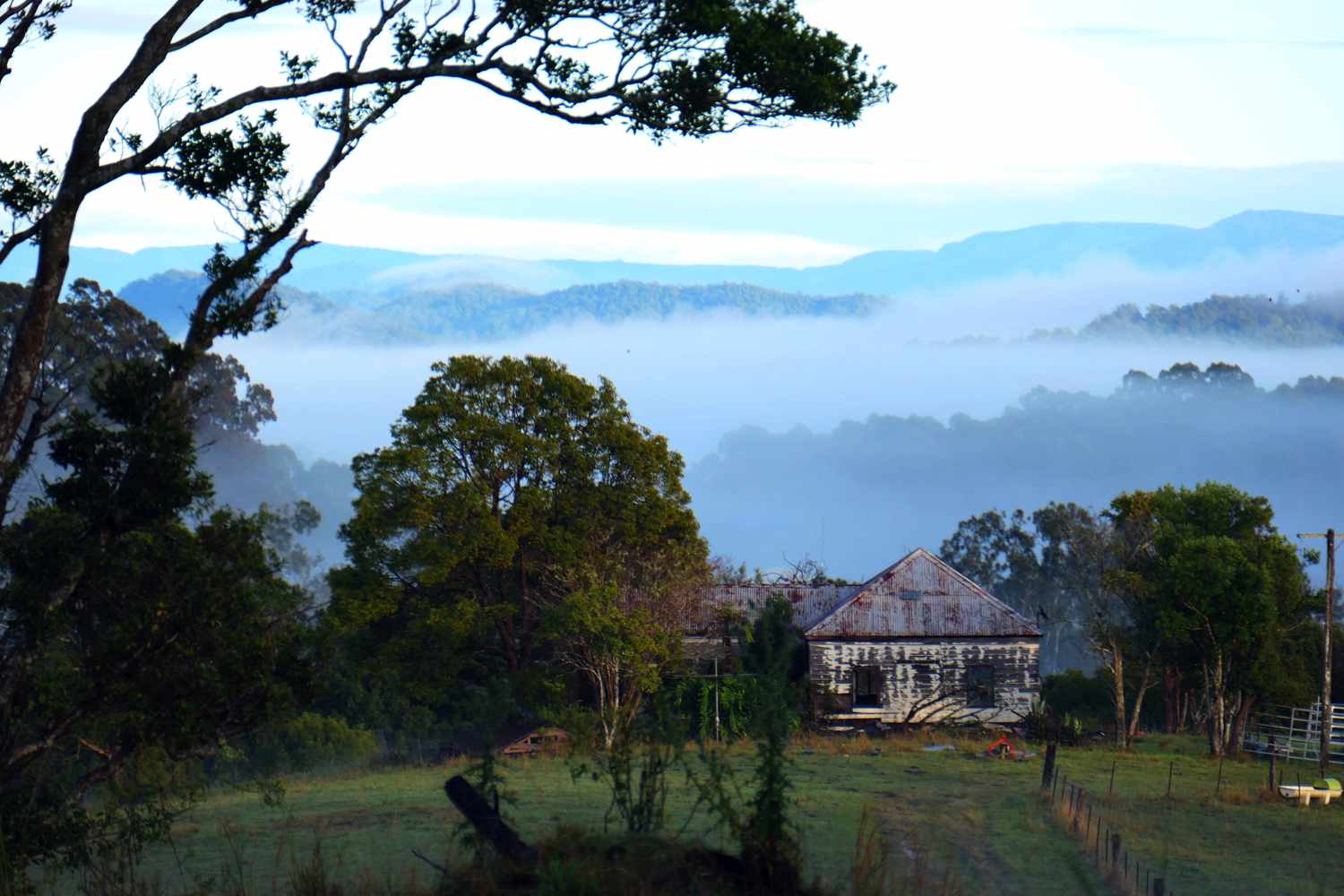 Meanwhile, the beauty of the world turns me on. Angelika Krebs argues that, ‘the experience of landscape beauty is an essential part of the good human life. We humans cannot fare well without it. The reason for this is that the experience of beautiful landscapes makes us feel at home in the world.’ (Land 3:4, 2014). I worry that landscape leaves too much out the history of dispossession, violence, labour, habitat loss, the lives of fauna an flora. I am convinced natural aesthetics,an appreciation and understanding of ecological wonders can help us reconnect and heal anger, regret, resentment, impatience.

Rain turns off a poor forecast for an ashen Eos, Helios makes  unexpected entrance so we rush the car, ride on our mission to count, citizen science. The view claws at me to stop, the valleys magnetise mist over an old farmhouse you can see through, a nude hills hoist, a satellite dish, old tin roof, bales in one corner, a collapsed coop in the other. 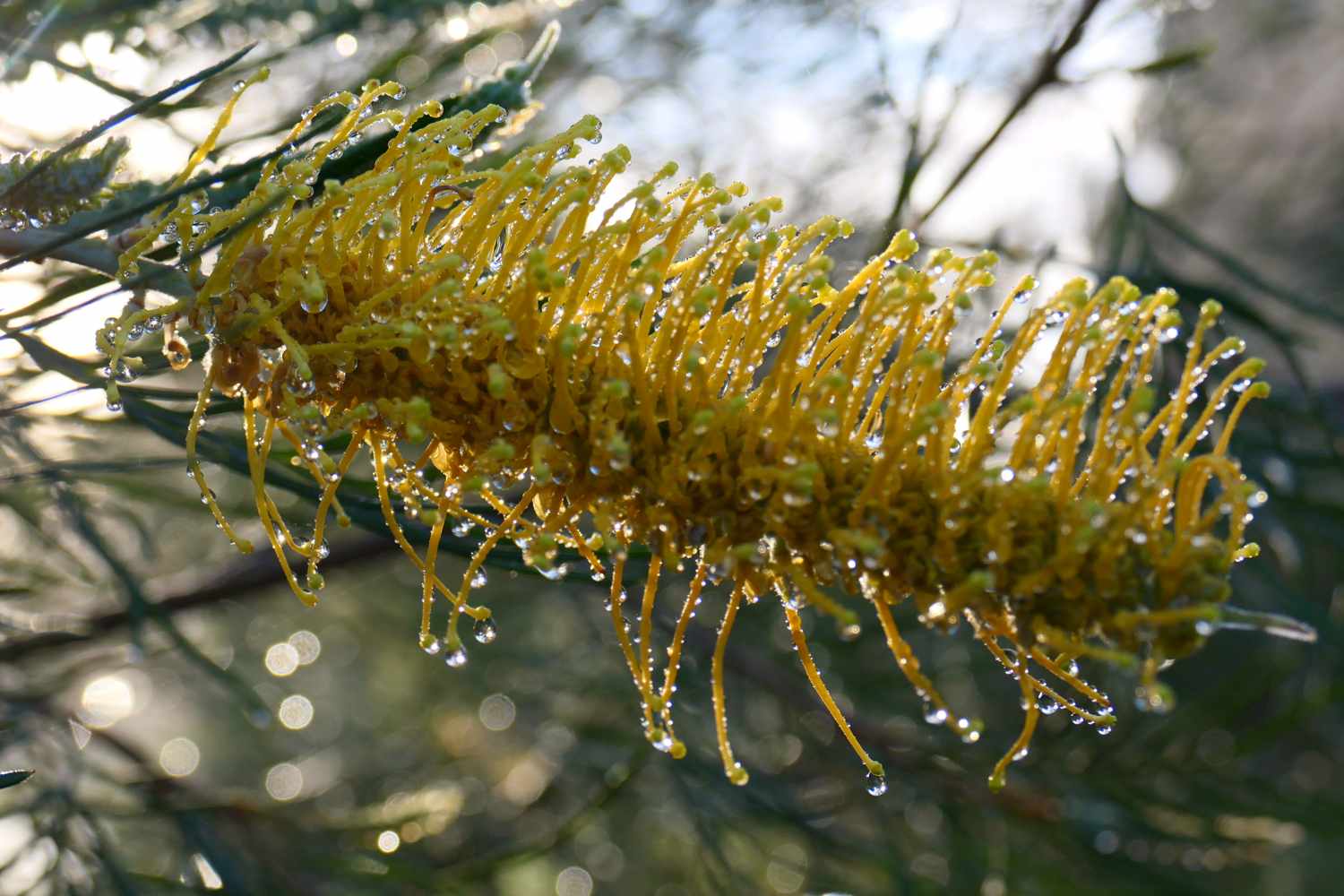 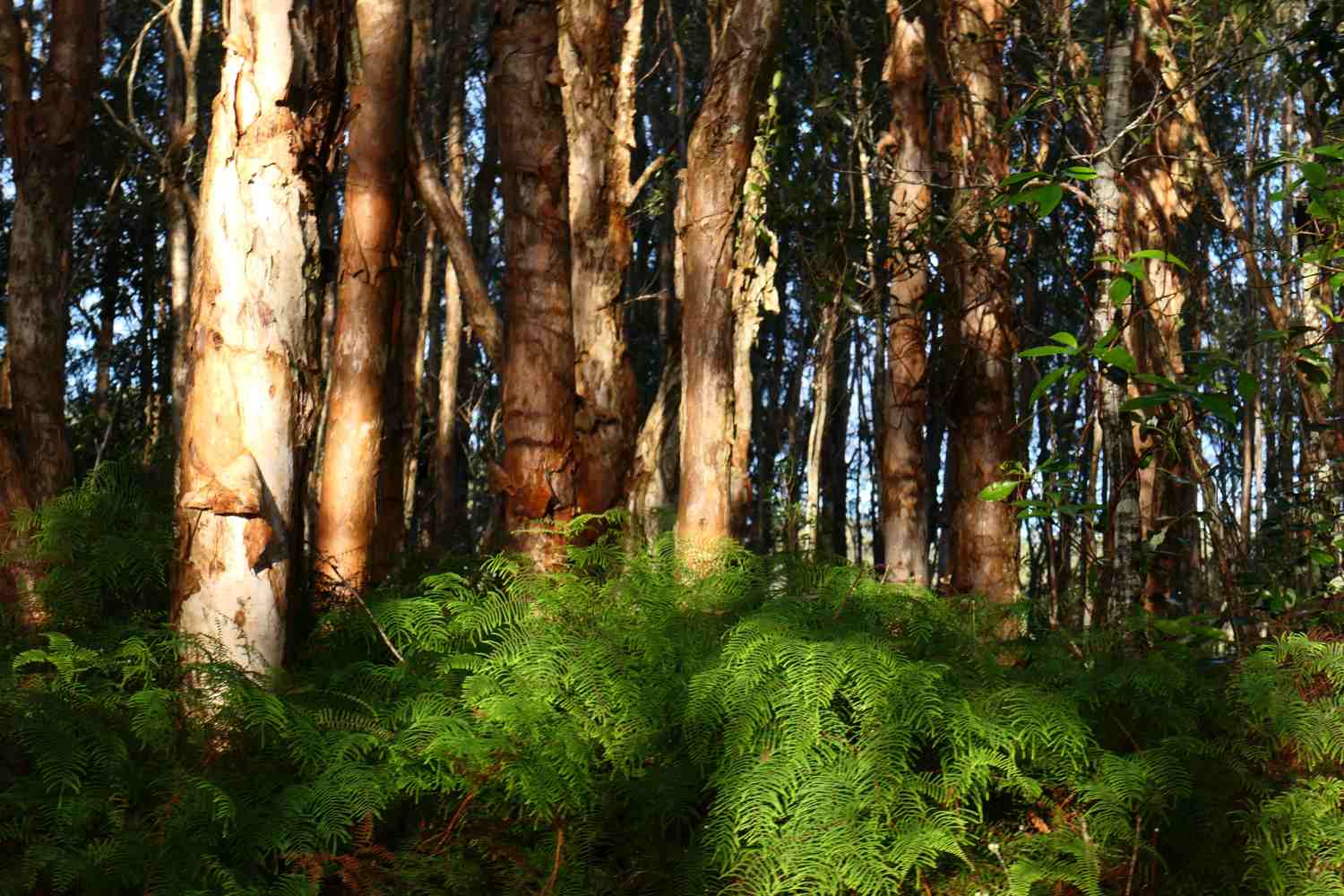 The wetlands refuse to move, the birds have dispersed. One Black Duck! 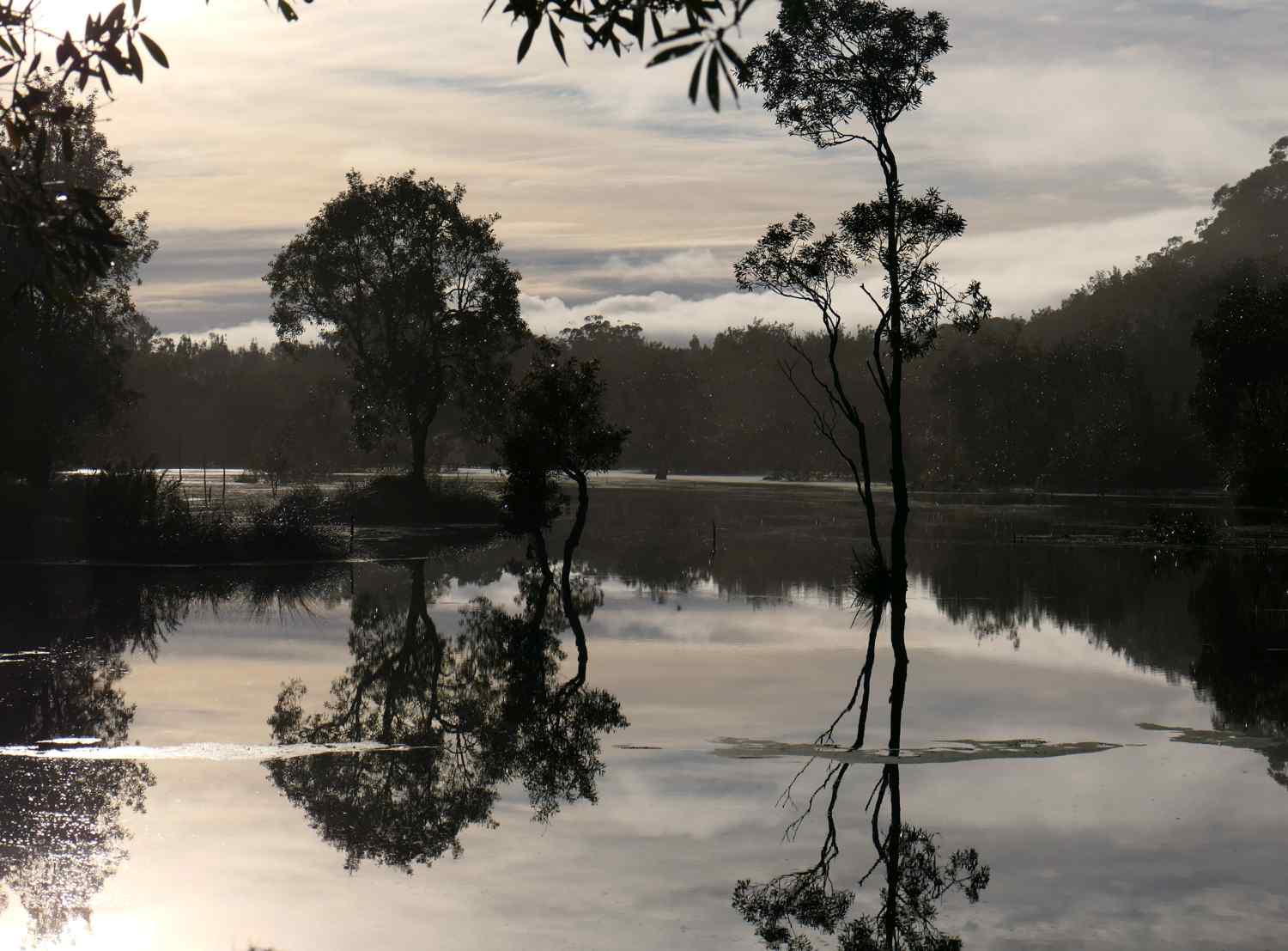 A Powerful Owl’s deep call is an excitement, a first in this cultivated wildness. 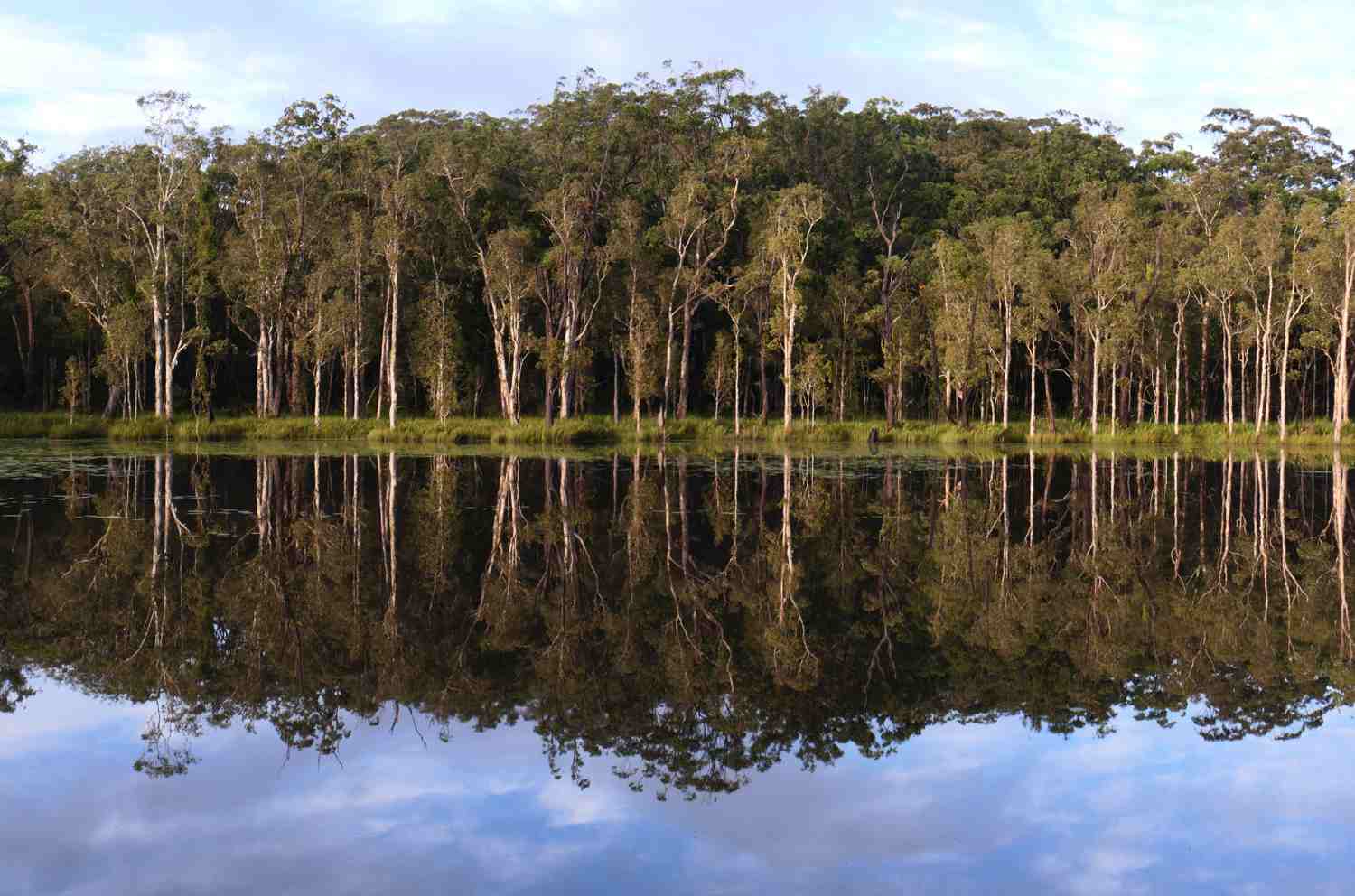 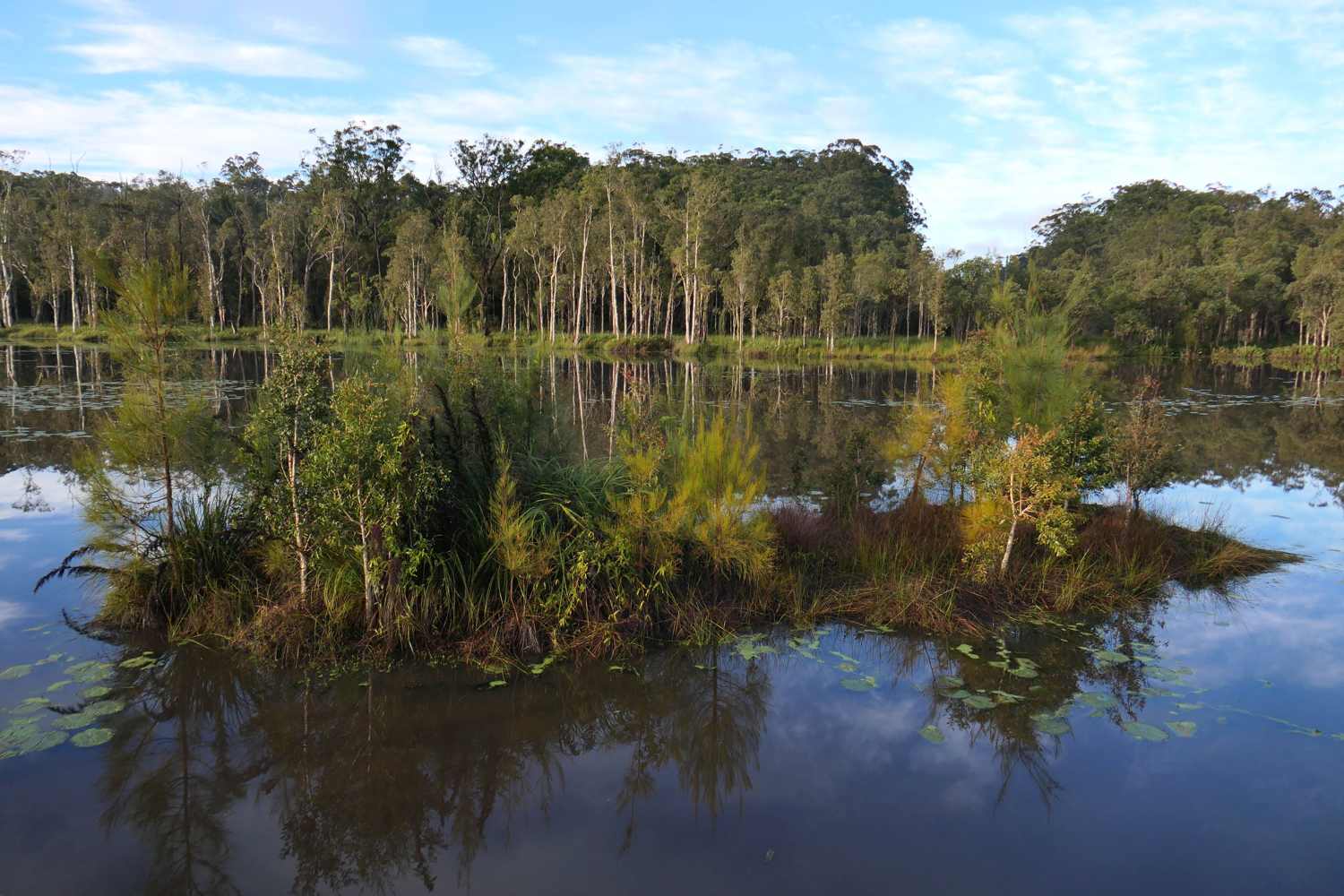 The sun is still hanging in, a flattened floats beside tide-ploughed sandflats, exquisite Cloisonné. 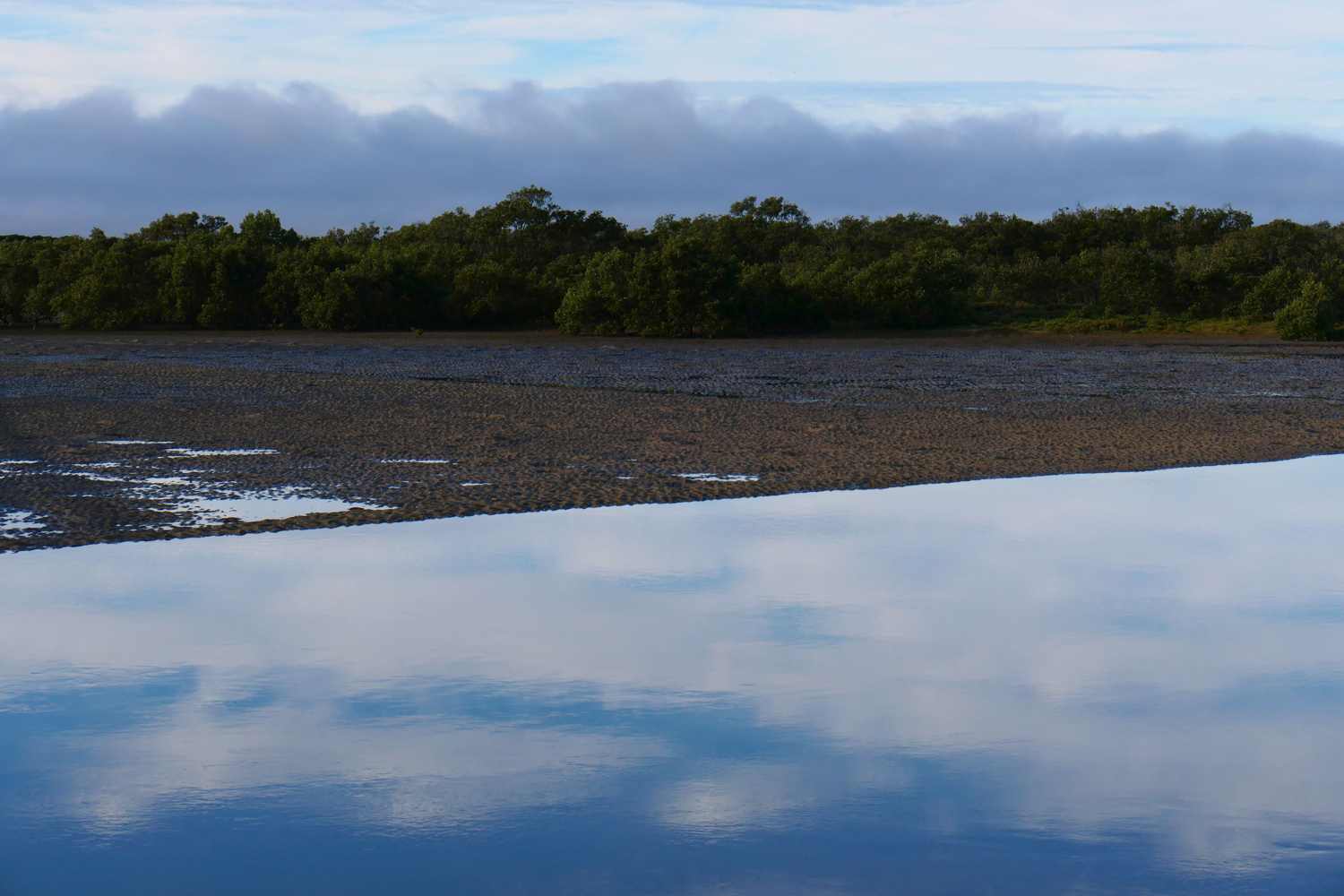 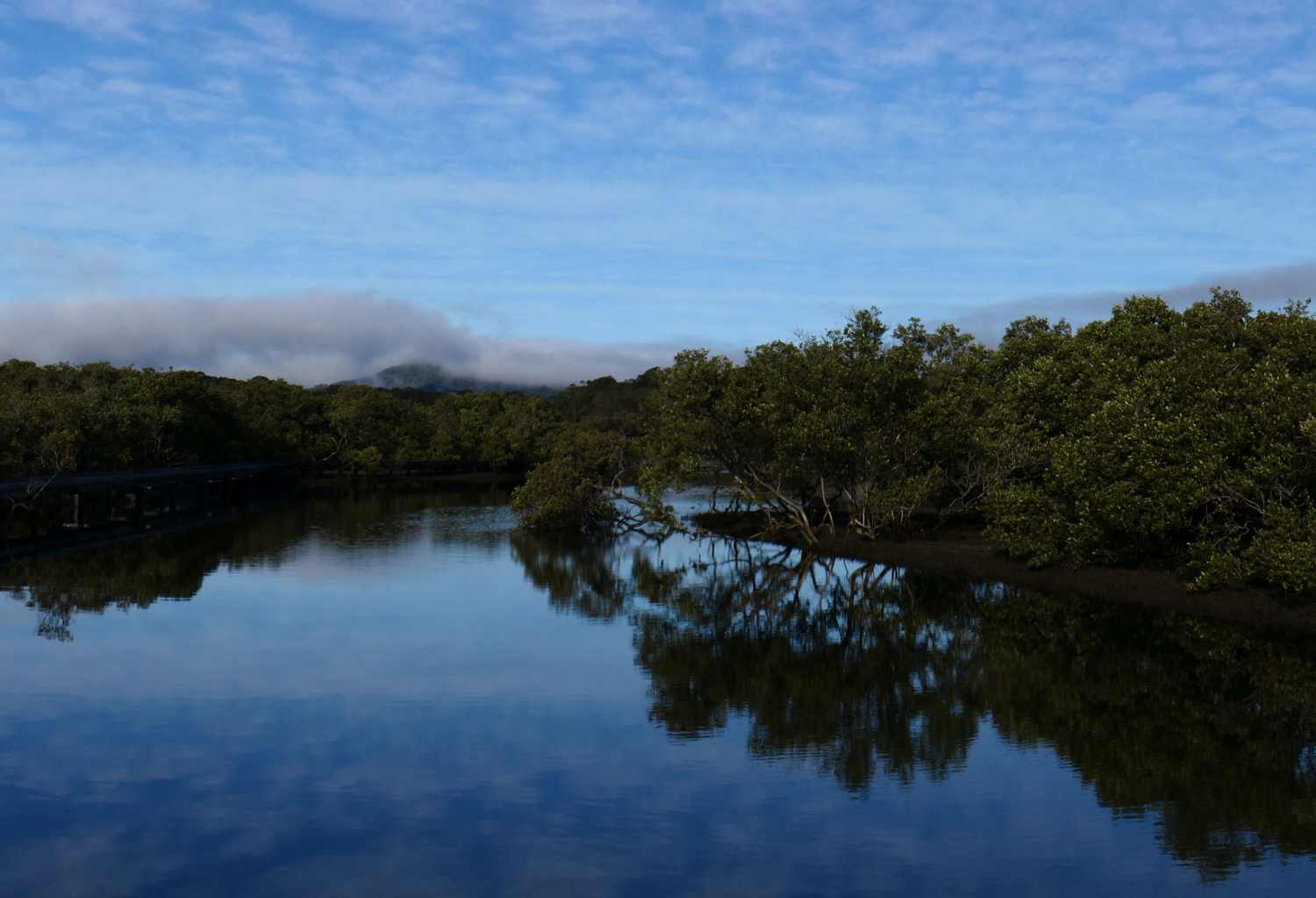 until four Whimbrels fly over calling then landing on silence. Their parents have flown to central Siberia, to breed. 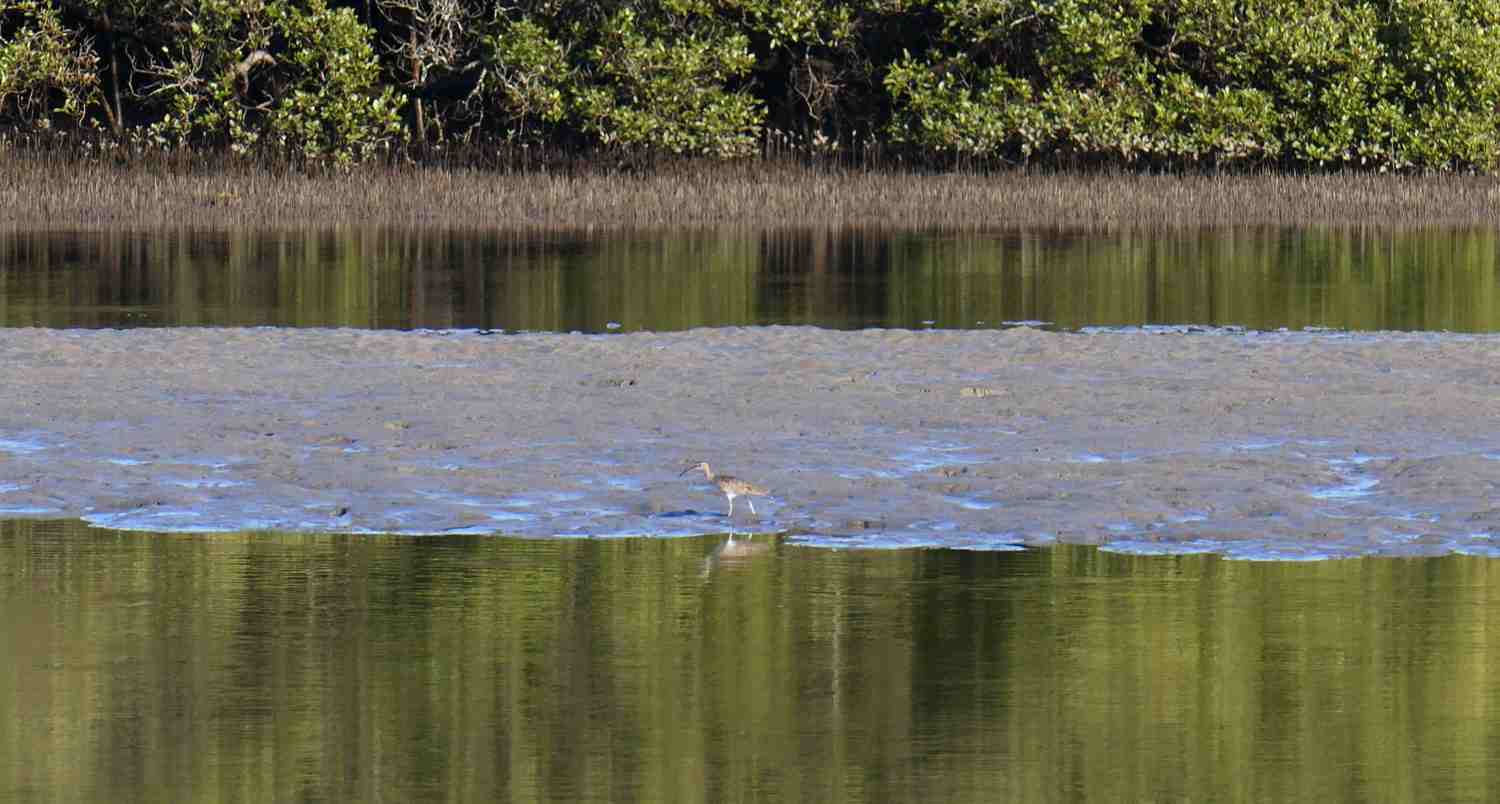 From the bridge I film an Azure Kingfisher diving in and pulling out a crab. Wyn spots another. They are doing quite well, when nearly all other species of migratory waders are declining rapidly. 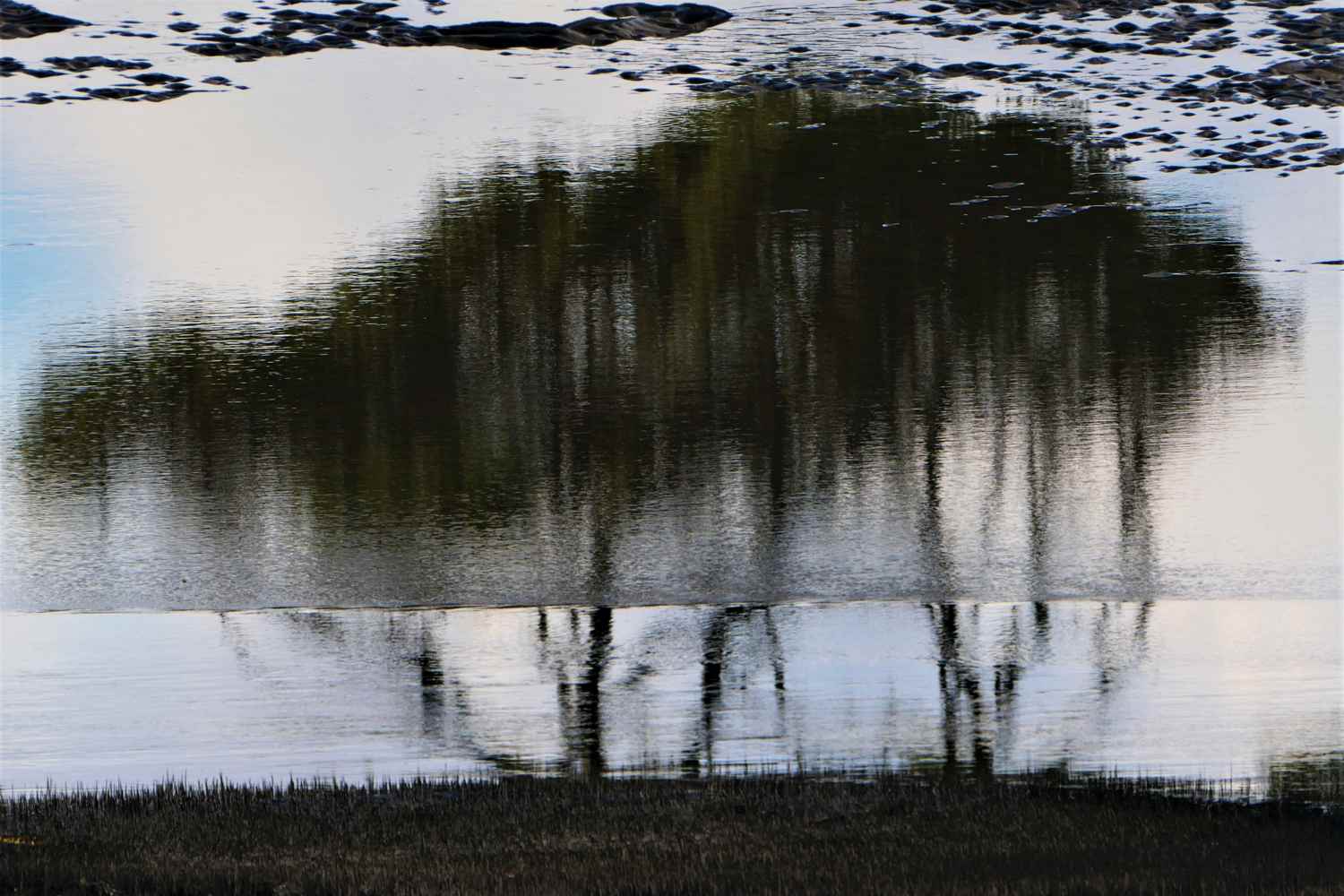 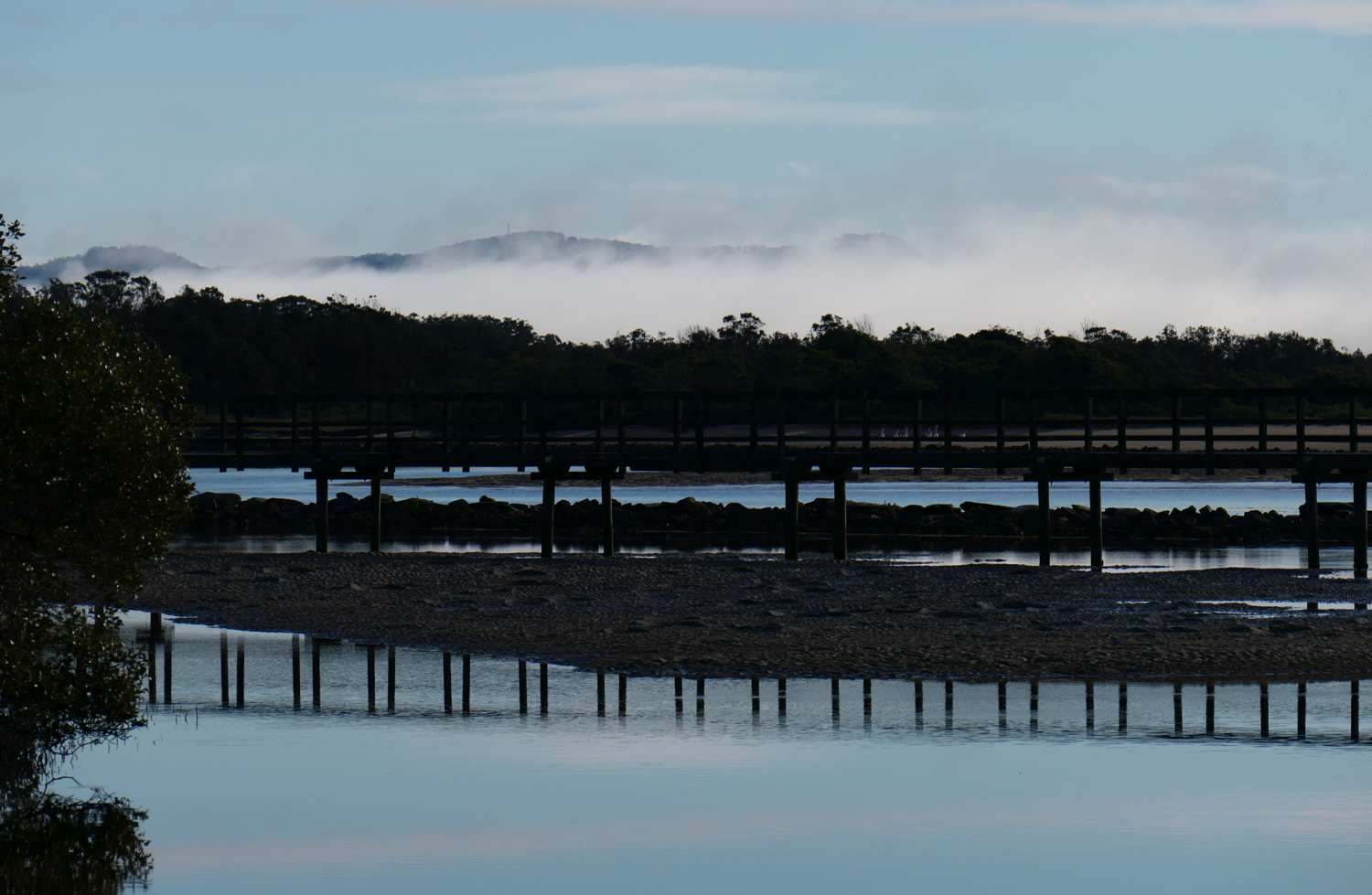 [4] Richard Toye, Churchill’s Empire: The World That Made Him and the World He Made, A John Macrae Book/Henry Holt & Co. 2010.

[6] WG Sebald, On the Natural History of Destruction, Hamish Hamilton, 2003.