More masks than jellyfish’: coronavirus waste ends up in ocean: A glut of discarded single-use masks and gloves is washing up on shorelines and littering the seabed. The Guardian

Reporting by Guardian Australia since 2018 has shown the government has stopped listing major threats to species under the EPBC Act; that plans to address listed threats are often years out of date or have not been done; that there are multiple cases where money promised for threatened species funding has not gone to projects that help these species, and that funding for environment department programs has been cut by more than a third since the Coalition was elected in 2013. Adam Morton, The Guardian

A statue of Robert Milligan installed outside the Museum of London Docklands in London, England, was removed at the request of the Mayor of London Sadiq Khan on 9 June 2020. Wikipedia 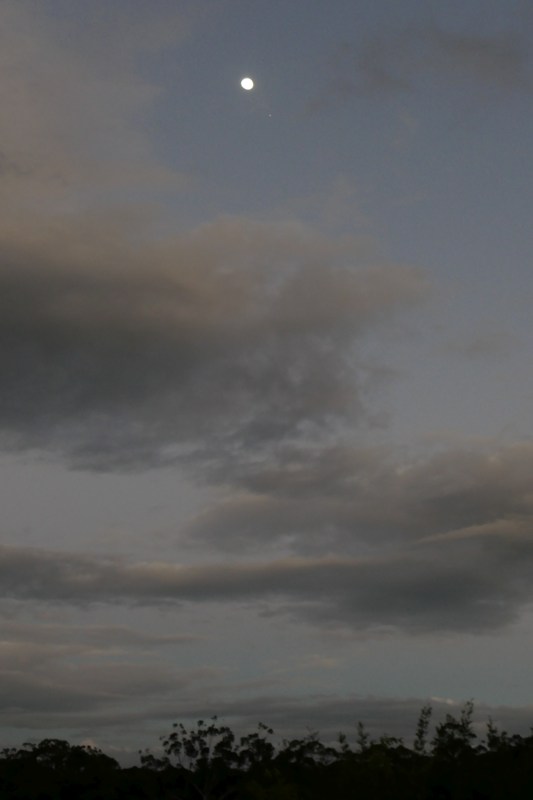 Eos is dark, but the night sky west is clear, the lights shine brightly. ‘This is the most beautiful thing you will see in the sky this month.’ [2] 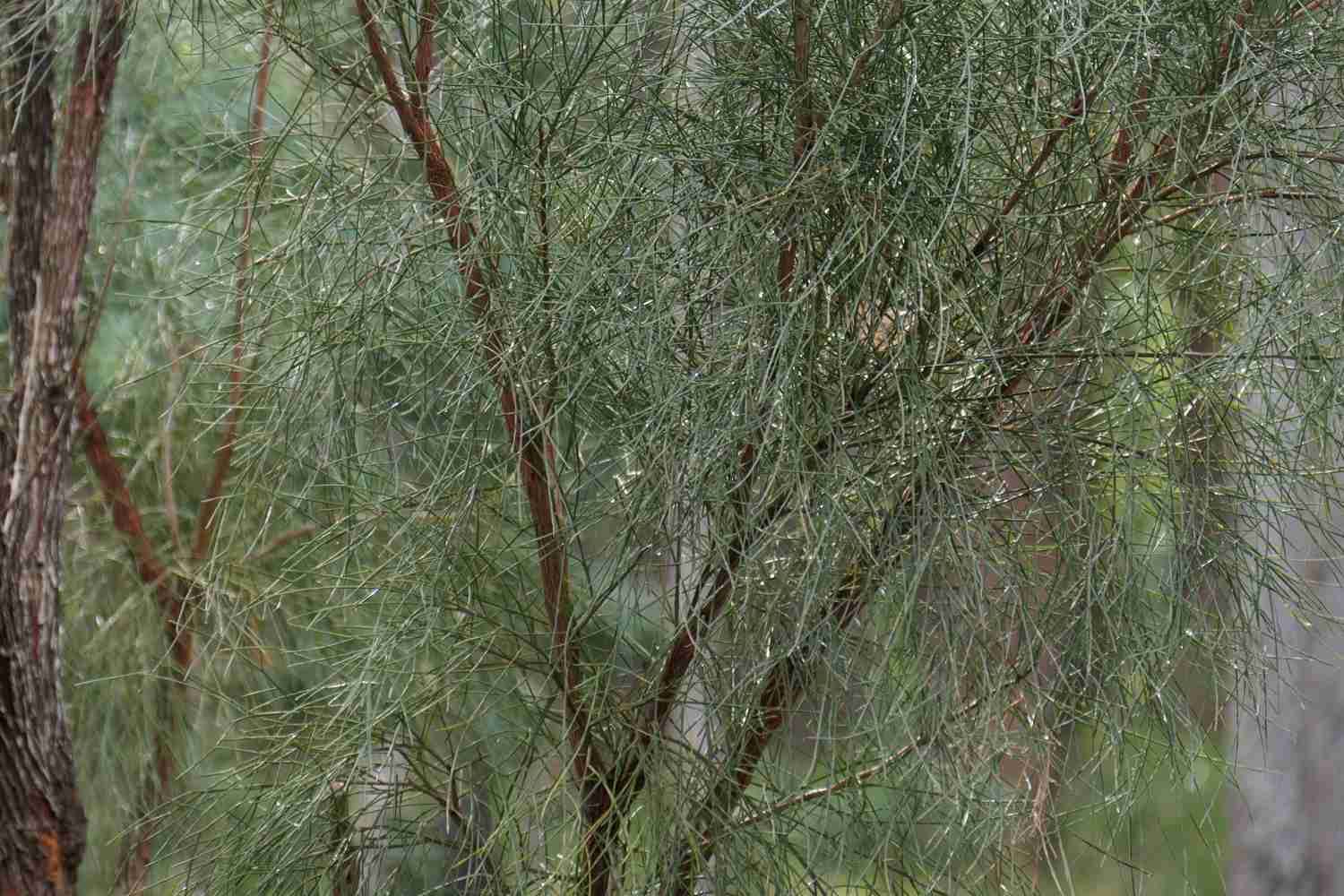 The forest is glittering sunlight after rain, yesterday is still echoing. Two Glossy Black Cockatoos fly right overhead growling, a wonder, as they are endangered, no large flocks any more, they may be getting lonely.

Statues was a game I loved as a child, but I am thinking of Edward Colston being toppled in Bristol and my ignorance of slavery when I lived in the beautiful city. One estimate suggests that over 500,000 slaves were brought into slavery by Bristol traders.I doubt I ever looked at him closely. Statues of public figures are public art that’s ignored. Colston was a slaver on the governing board of the Royal African Company, which transported about 80,000 men, women and children from Africa to the Americas. He died in 1721 leaving a fortune to the city for charities and building works. People have tried to add a plaque next to it to place Colston in historical context of slavery, but that had been rejected. He came down easily with ropes, a protester kneeled on his neck (the way George Floyd had died). He was dragged through the streets and tossed into the harbour. Reminding me of watching Lenin (or Stalin) being towed around Prague behind an old green pickup and people kicking it in spring of 1990.

I know where I was on May 17, 1970, in Bristol for the first time at the Colston Hall. My first proper rock concert, Deep Purple supported by the one-hit wonders Ashton, Gardner & Dyke. Seven years later having finished university and back from Morroco I was living in the city. Bristol then had great music, art (I haunted the Arnolfini), was edged with countryside, close to Wales and Somerset and within easy reach of London – and with no traffic jams.

A rainbow arcs across the East.

I was in Australia when the St Pauls riot occurred in the red light / black area of Bristol, April 1980, but the following year was back in Bristol and knew the area well, my girlfriend lived in St Pauls. I used to roller-skate with black guys at Easton Sports Centre and occasionally go to the illegal Blues clubs (like the Ajax) when the pubs closed, drink Red Stripe then go home before the action and music started, always too tired.

[I had no idea was going to live in Australia and share my life with an Australian woman.] 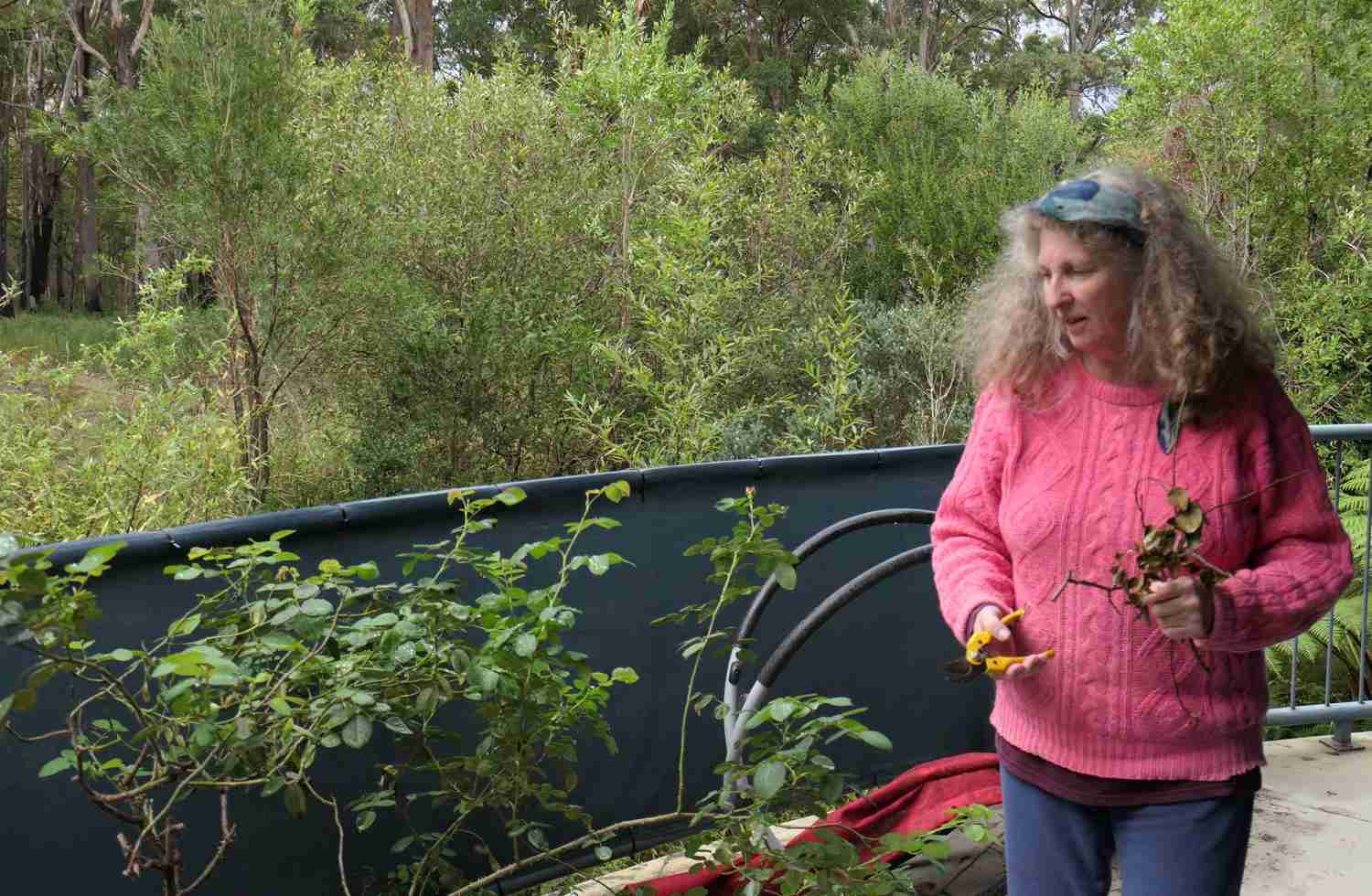 I was impressed by Russel Means speaking at Bristol University in November 1981. He is an Oglala/Lakota Sioux man who became prominent in the 1973 siege at Wounded Knee. He was a formidable orator and his speech stirred perhaps my my first thinking of problems with empire, white privilege and racism. My boarding school and university had not educated me in these matters. There was a statue to John Cabot nearby, well I thought there was, I have just searched online and no sign of it, just a modern one, a seated weather-beaten figure.

I knew Cabot as the Italian navigator who sailed from here in the Mathew in1497 with Henry VII’s patronage and ‘discovered’ Newfoundland.[3] Of course there was an indigenous population there, then Leif Eiriksson landed there in 986 and founded a settlement, Vinland on the northern tip of Newfoundland. By 1450, Basque whalers were establishing temporary camps there. Cabot noted that this area had been discovered earlier by English ships sailing from Bristol and that the waters teemed with cod, but there are only second-hand sources. Cabot and a few men went ashore they raised a cross and the banner of England, claiming the territory for Christianity and for the King. They followed a trail and found a dead campfire and a carved and painted stick (probably Beothuk people) with … very name ‘Red Indians’ derives from this practice) this fails to provide any real pointer. The British used Cabot’s landing to claim ownership of the whole of North America.

Home Secretary Priti Patel called it, ‘utterly disgraceful . . . it speaks to the acts of public disorder that have become a distraction from the cause people are protesting about. It’s right the police follow up and make sure that justice is undertaken with those individuals that are responsible for such disorderly and lawless behaviour.’ [4]

This toppling of Colston triggered a huge change overnight, with statues already being taken down and currently being appraised across the country. 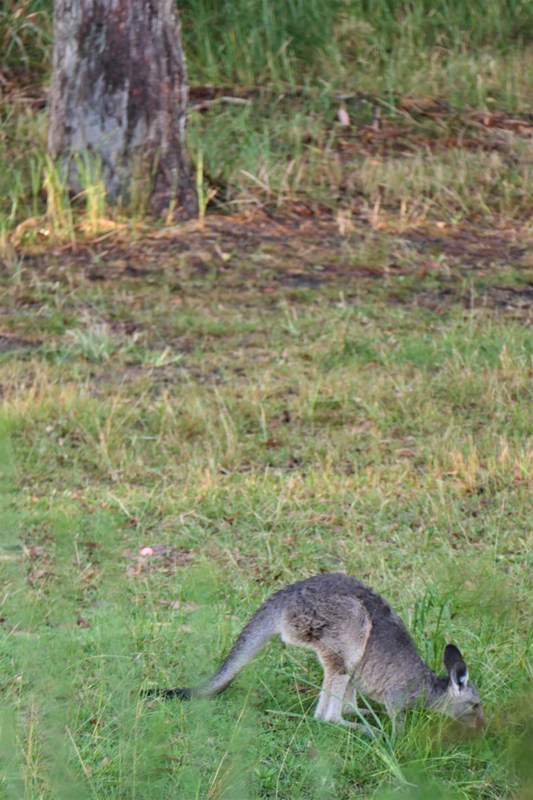 Two roos bounce out of the forest and come to a stop on the edge of our garden. I can smell the bush smoke, the back burn has finally begun.

Robert Milliagn was born into a slave-owning family on a plantation in Jamaica. He owned two sugar plantations and 526 slaves, and  slave shops. He made a lot of money off the slave trade , and was a key instigator in the creation of London’s West India Docks which secured a  monopoly on goods like sugar, rum and coffee produced by slaves.

An exhibition with facts – 1518, the first direct transportation of captive Africans to the Americas; 1739, rebels in Jamaica force a peace treaty and are given rights to land. Disappointing how few revolutions work out for the best. 1807 Parliament abolishes the British slave trade (but still make money from it). 200 years later here we are.

Security is tight, after x-rays, we are patted down, and pass three sets of armed police. This is the first time I have been in Westminster, the heart of the democratic process some say, up some steps and in and on our left a great sight, Westminster Hall the largest medieval hall, great oak hammer beams with angels on the end, and stone corbels running below needing restoration.

The exhibition is dwarfed by the room, but the small wooden model of the Brooks (reproduction) is shown, the one Wilberforce showed Parliament just how crowded slave-ships were, rows of figures circle the decks and below, sardines wearing loin cloths. His motions all narrowly defeated by thinly attended sittings in the Commons. A descendant on the website complains there’s not enough mention of him, but I couldn’t find Robert Wedderburn anywhere

‘Writing poetry, both for personal enjoyment and for publication, was a popular pursuit in the eighteenth century. As the cause of abolition grew it became a fashionable subject for poetry written by people of all ages.’ People displaced, torn from their families and communities. 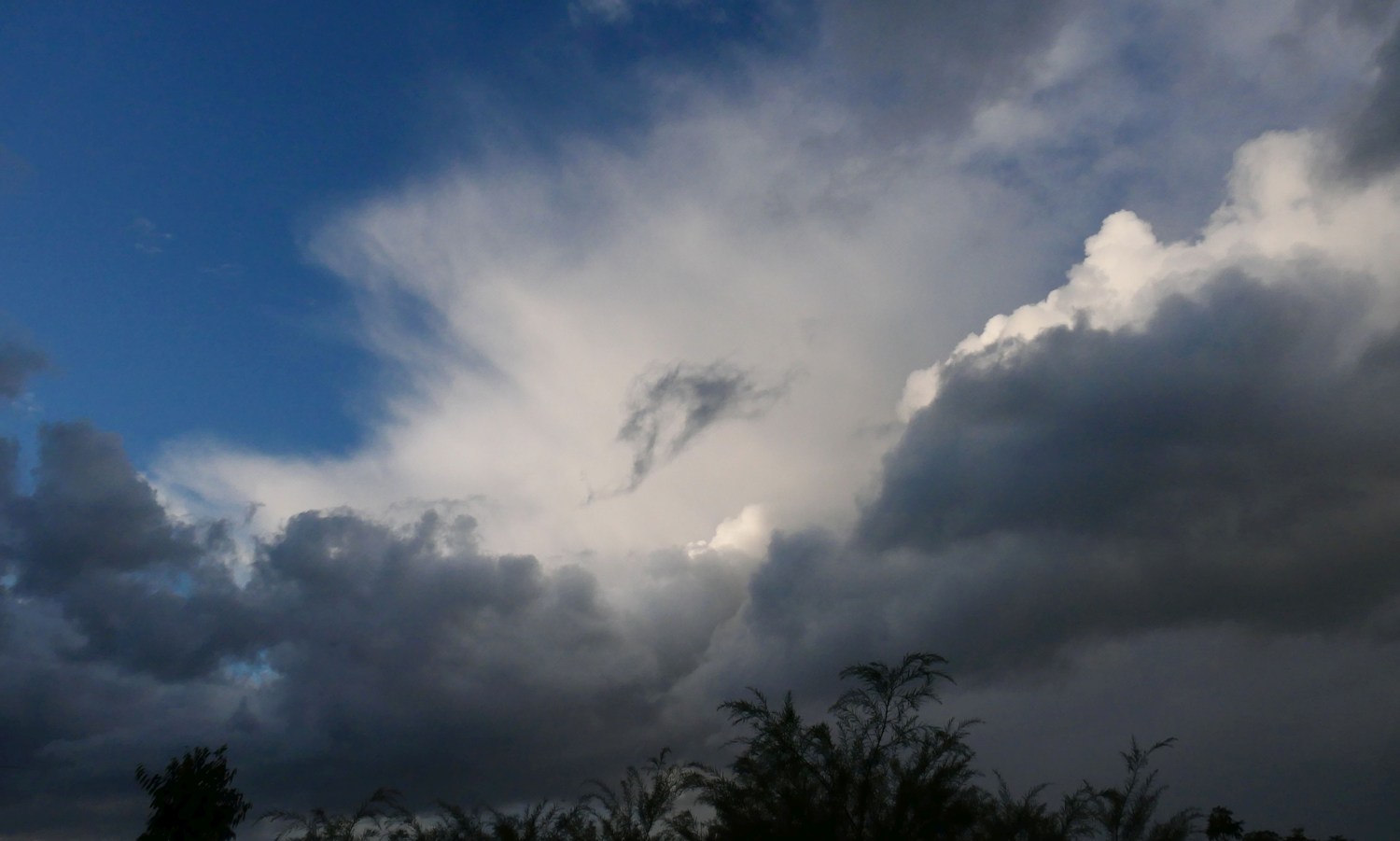 Cromwell chairs a meeting of the General Council. Robert Everard tables ‘An Agreement of the People’, essentially a new constitution:

Thomas Rainsborough: I desire that those that had engaged in it should speak, for really I think that the poorest he that is in England hath a life to live as the greatest he; and therefore truly.

Henry Ireton: Give me leave to tell you, that if you make this the rule I think you must fly for refuge to an absolute natural Right, and you must deny all Civil Right; and I am sure it will come to that in the consequence … I would fain have any man show me their bounds, where you will end, and why you should not take away all property? . . .

John Wildman: Our case is to be considered thus, that we have been under slavery. That’s acknowledged by all. Our very laws were made by our Conquerors; and whereas it’s spoken much of Chronicles, I conceive there is no credit to be given to any of them; and the reason is because those that were our Lords, and made us their vassals, would suffer nothing else to be chronicled.’

The debate resumes the following day, agreement is struck that all except alms-takers and servants should be given the vote. Another committee is set up to amend the proposals in the light of the day’s debate. Further meetings are held over the next few days. The agreement was never put before the House of Commons. Leaders of the Leveller movement were arrested and their pamphlets were burnt in public. The history of this Island is exceptionally revealing.

Jubilee Café beside the Great Hall feeds the usual,  but monitors feed parliamentary business. When I try and pin down the accent of the woman serving, she laughs ‘Dracula’, and I hum the appropriate theme, Hammer horror, like ‘Carry on Up the Khyber’, an instrument of outdated imperial policy. The new transportation is voluntary, economic migration. We tell her we have seen Vlad’s castle from the train, but no blood was to be seen.
From a manuscript Extraction, Thursday 30 Aug  Westminster, 2007.

Note: When the slave trade was abolished, the modern equivalent of £17bn (of taxpayers money) was paid out to compensate slave owners for the loss of their human property. The amount of money borrowed for the Slavery Abolition Act was so large that it wasn’t paid off until 2015. 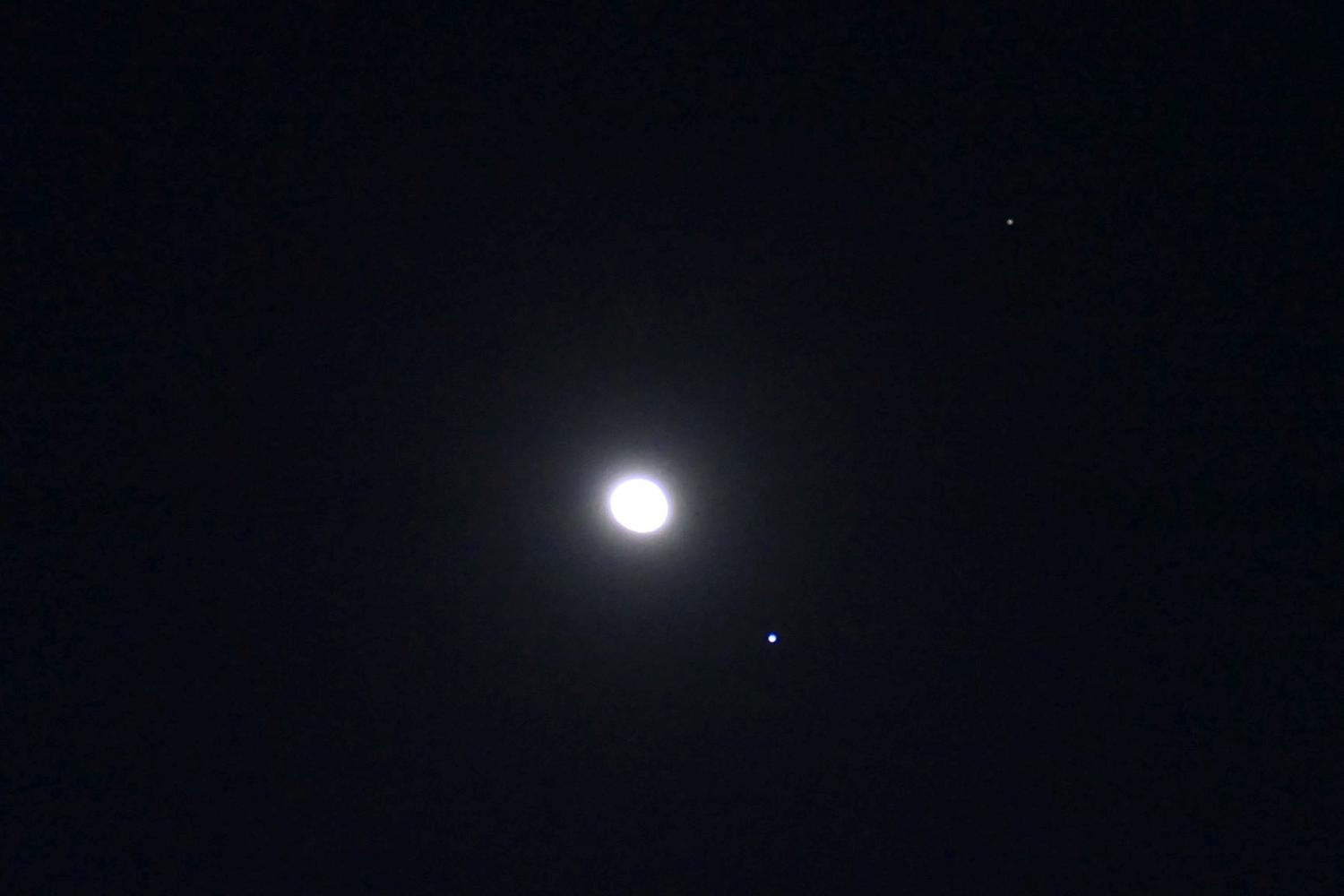 [1] ‘The study, published in the Journal of Australian Indigenous Issues, is based on more than 11,000 unique responses to an implicit association test over 10 years.  According to Australian National University researcher Siddharth Shirodkar, the results show that “most Australian participants on average – regardless of background – hold an implicit bias against Indigenous Australians”.’ https://www.theguardian.com/australia-news/2020/jun/09/three-quarters-of-australians-biased-against-indigenous-australians-study-finds

[3] Henry awarded Cabot and his three sons a generous letters patent, a document granting them the right to explore and exploit areas unknown to Christian monarchs. His first voyage was a failure they turned back. All five ships and all hands aboard were lost at sea on his third voyage, it was thought. One may have survived, a Spanish map, the first to show the Americas has English names doted along the coast.