A weak form of the Capgras phenomenon
Jagun, Boxing Day

After 60 mls of rain I take advantage of a seed

of blue sky and head to the creek expecting

burst banks and a turbulent crossing,

the track is strewn bark and branch,

what’s strange is a flickering of Breynia

and Bracken then glimpses of tall wispy tails.

You always hear wrens when you see them,

tzit while foraging near the forest floor,

dangerous terrain for a 10-gm fairy-wren.

Today the loudest insect in the world

are painting this whole world in mime

and the wrens just don’t seem to be wrens.

In Ireland, wrens were hunted on St. Stephen’s Day (Boxing Day) and bound to the wrenboy leader’s staff, dead or alive. The bird was paraded through the streets with mummers (or strawboys) who wore masks, straw suits and colourful clothing. They played music and sometimes sang, ‘A penny or tuppence would do it no harm’ as they collected money from the crowd. In Celtic myth the robin (representing the New Year) killed the wren (which represented the Old Year). More recently, a fake wren sits atop a decorated pole. 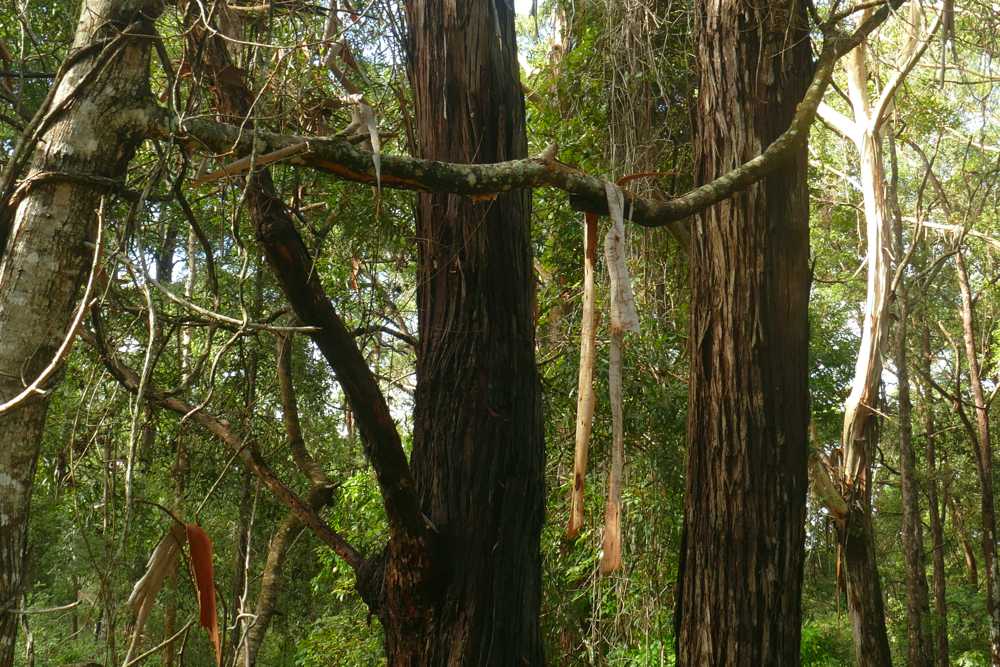 How does a female choose a mate in that racket

with sounds superimposed over sounds

and each sound continuous to the human ear,

Sybil:   You could have had them both done by now if you hadn’t spent the whole morning

skulking in there listening to that racket.