The wolf also shall dwell with the lamb: Nature – harmony or struggle, balance or change

The wolf also shall dwell with the lamb, and the leopard shall lie down with the kid; and the calf, and the young lion, and the fatling together; and a little child shall lead them. (Isaiah 11:6) 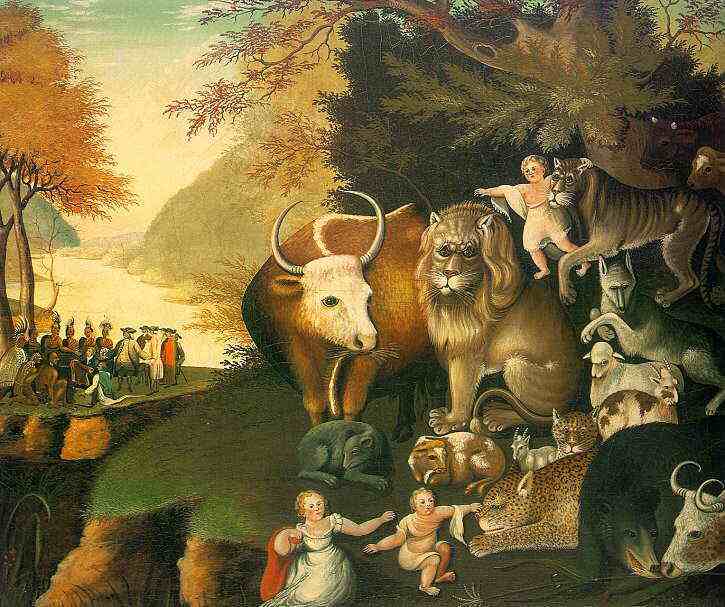 Edward Hicks painted the theme of the Peaceable Kingdom as many as one hundred times. He was a sign-writer and devoted Quaker who at first painted a very simple image of wild and domestic animals together. He developed his skill and later, using Benjamin West’s painting, added William Penn making peace with the Delaware Indians in Philadelphia, just over a century earlier.

Arthur Tansley, botanist and pioneer ecologist, dreamt he shot his wife. He wanted to know what it meant, studied and visited  Freud. He believed Freud’s theory of the brain as an electrical machine. From the brain being a system of interconnected tubes he extrapolated that the whole of the natural world lived in networks he called ecosystems. He believed they were inherently stable and self-correcting. The ecology movement adopted his idea of “the great universal law of equilibrium”, that nature sought to regain its balance and this became an assumption. 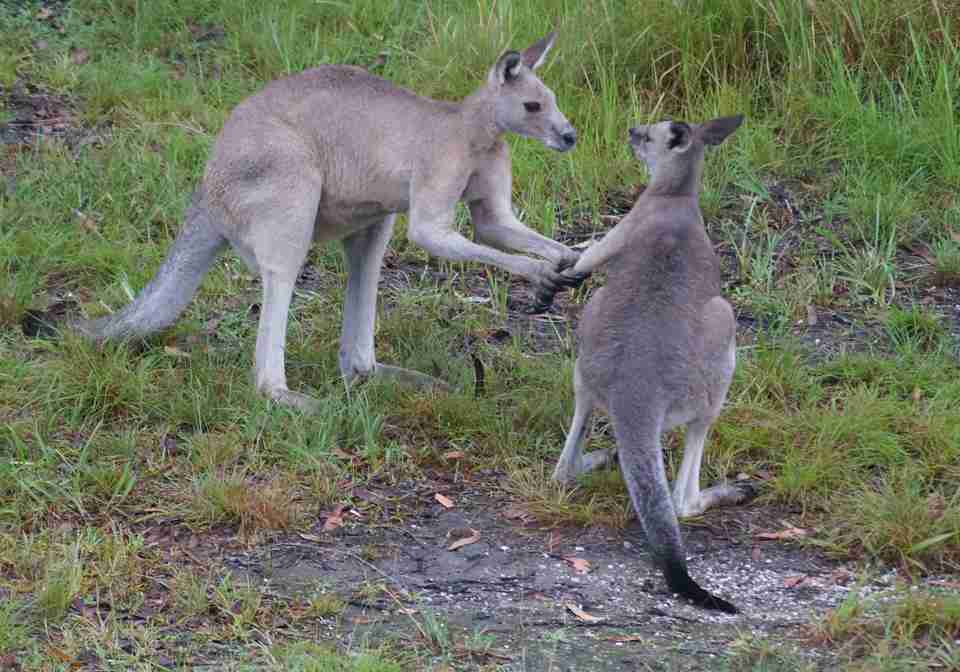 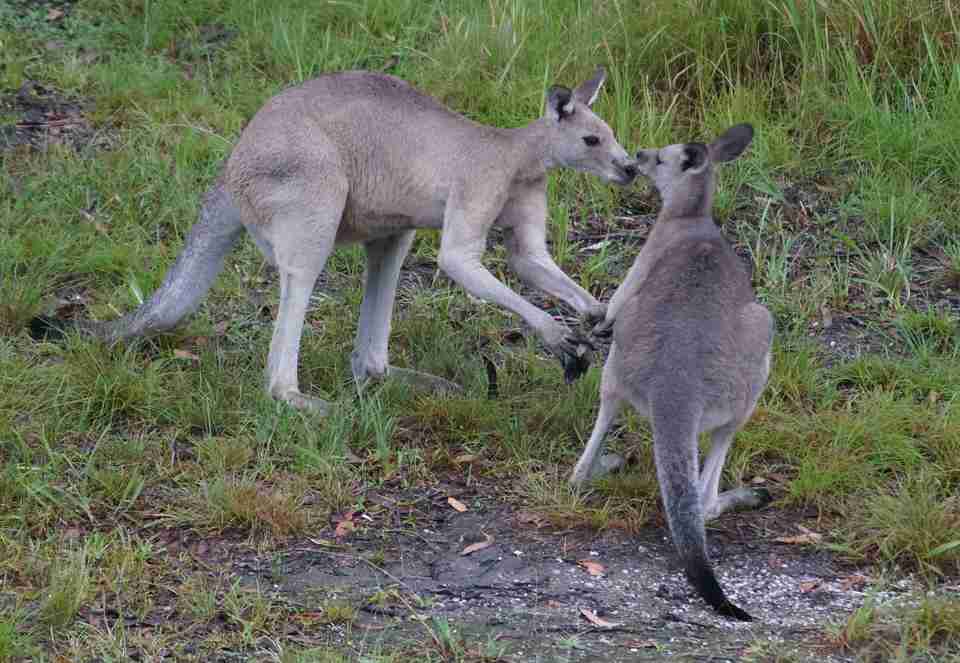 Girolamo Porro described the Botanic Garden in Padua, founded in 1545 and the oldest of its kind, as “collecting the whole world in a chamber”. Biosphere 2 was a massive complex of steel and glass on 250 acres in Arizona north of Tucson, built in the late 1980s with $150 million in funding from Texas oil magnate Edward Bass. It was meant to be an artificial closed ecological system and contained 5 biomes, including a 900,000-gallon ocean, a rain forest, a desert, agricultural areas and a human habitat. It was called ‘the Cathedral of Gaia’ alluding to James Lovelock’s hypothesis of earth as a unified, self-regulating organism. It failed due to lack of attention to microbes.

Adam Curtis on Biosphere 2: “Eight humans were locked in with a mass of flora and other fauna, and a balanced ecosystem was supposed to naturally emerge. But from the start it was completely unbalanced. The CO2 levels started soaring, so the experimenters desperately planted more green plants, but the CO2 continued to rise, then dissolved in the “ocean” and ate their precious coral reef. Millions of tiny mites attacked the vegetables and there was less and less food to eat. The men lost 18% of their body weight. Then millions of cockroaches took over. The moment the lights were turned out in the kitchen, hordes of roaches covered every surface. And it got worse – the oxygen in the world started to disappear and no one knew where it was going. The “bionauts” began to suffocate. And they began to hate one another – furious rows erupted that often ended with them spitting in one another’s faces. A psychiatrist was brought in to see if they had gone insane, but concluded simply that it was a struggle for power . . .”  [1] Since the soil put into Biosphere 2 was high in organics (dead biomass), respiration by microbes and ants used more oxygen than was produced by the biomass.

The new paradigm, variously called the non-equilibrium or hierarchical patch dynamics paradigm recognises explicitly what ecologists have known for decades: that many different kinds of change operate in ecological systems over a great range of temporal and spacial scales. [2] Populations vary unpredictably; falling trees create gaps in the forest; fires, windstorms and insect epidemics leave a shifting mosaic of patches in forested landscapes; and ice ages cause great geographic movements in vegetation. Disturbance and change have become the new ecological grail.

Russian troops entered Ukraine yesterday, another civil is possible, as if the ongoing Syrian slaughter doesn’t make everyone sick – or another cold war. Levi Strauss posited the Neolithic as the golden age. Of course, a grim slogan from Britain of the fifties was, ‘we’ve never had it so good’. The only golden age I’d propose was pre-Cambrian, in the tens of millions of years just before that explosion of life forms and varieties five hundred and fifty million years ago. The world was made up of a number of Ediacara gardens (fossils have been found in South Australia). These were quite large soft bodied creatures (probably not animals) who likely grazed on photo-synthetic algae. This was the peaceable kingdom before carnivores invented themselves.[3]

Since then life has become red in tooth and claw, and sometimes within the same species and within the same social group. Members may compete for access to limited resources or mating opportunities. Rather than fight each time they meet, relative relationships are formed between members of the same sex. These repetitive interactions lead to the creation of a social order that is subject to change each time a dominant animal is challenged by a subordinate one.

In some species males cluster into leks, a gathering to engage in competitive displays to entice visiting females who are surveying prospective partners for copulation. As you see roos don’t.

Alpha males are usually ten years old, few males live long enough to challenge for alpha status. [4] Females choose them because they provide good genes for her offspring. There is a cost to being the alpha male, the  most common costs being higher metabolic rates and higher levels of stress hormones which are immune-suppressants reducing survival and presents opportunities for parasitic infestation and other health risks.

The younger male comes back at the Alpha male cuffing his head, they start sparring and then for the first time I see the younger kick the Alpha. It is still play fighting, practising his fighting skills, the Alpha is not threatened.

Humans fight a lot – I count 34 ongoing violent conflicts in the world. We are violent, we kill for many reasons including fun, but mostly we employ surrogates to kill animals for food. The Australian environmentalist Val Plumwood who was a vegetarian advocated a semi-vegetarian position she called ‘Ecological Animalism’, which meant eating less meat and treating animals humanely and with respect. She wrote: “By understanding life as circulation, as a gift from a community of ancestors, we can see death as recycling, a flowing on into an ecological and ancestral community of origins . . .  the Indigenous imaginary sees death as part of life, partly through narrative, and partly because death is a return to the (highly narrativised) land that nurtures life.” [5]

[1] “At the end of Biosphere 2 the ants destroyed the cockroaches. They then proceeded to eat through the silicone seal that enclosed the world. Through collective action the ants worked together and effectively destroyed the existing system.” Adam Curtis, How the ‘ecosystem’ myth has been used for sinister means, The Observer, 29 May 2011 (Adam Curtis three part TV series on this theme is ‘All Watched Over by Machines of Loving Grace’).

MBN - this government is just not interested in the environment