We went to see the Dagger Hakea in bloom across the hills sides, but were a little early )13th Sept). And there had been a large backburning operation. 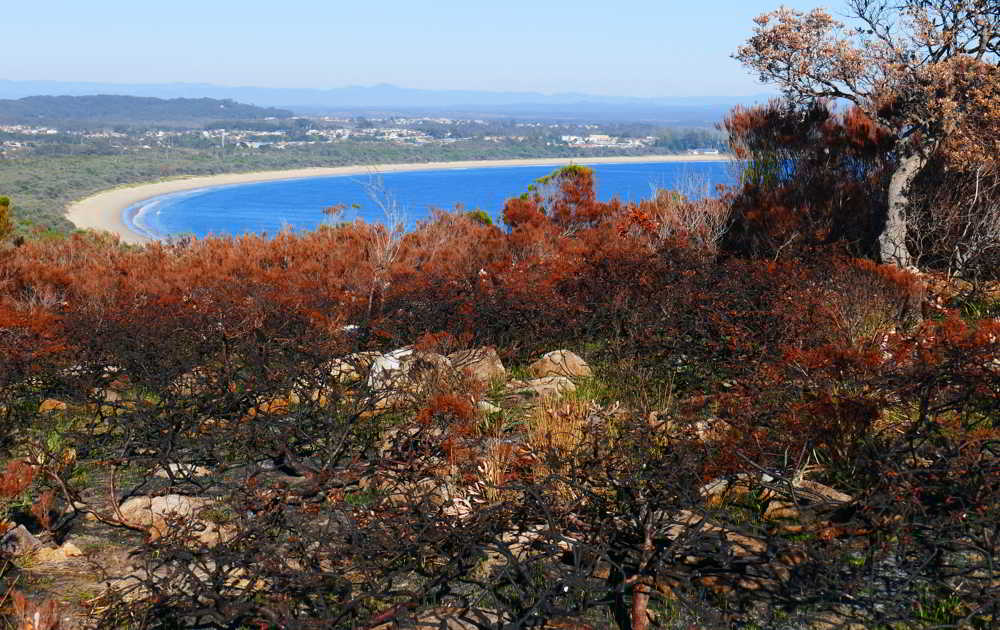 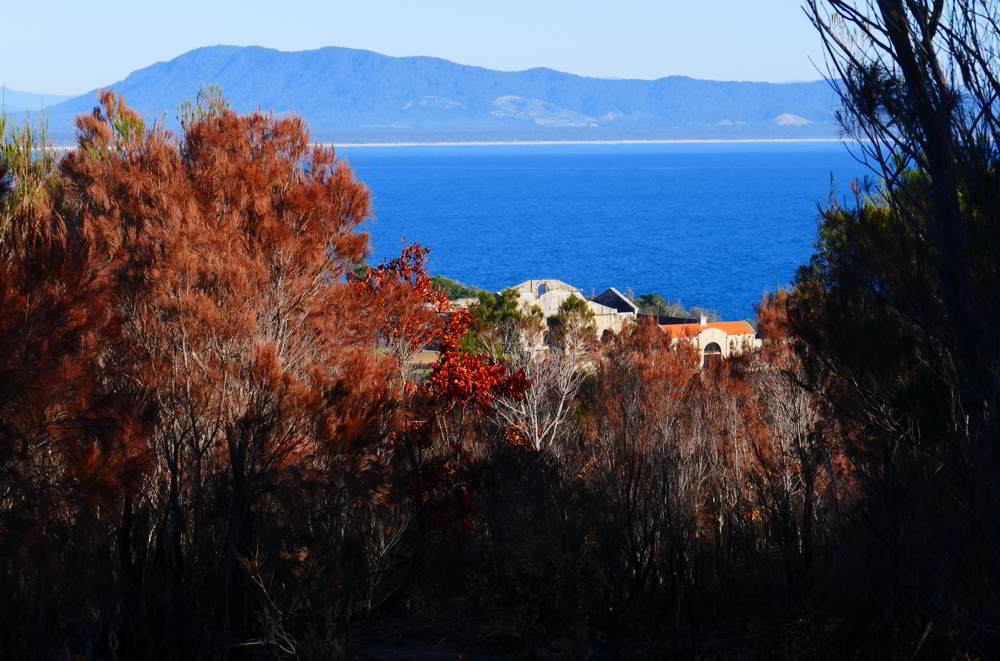 Caught a sniff of the cinnamon scent that will dominate in a week, just a few flowers of Dagger Hakea (Hakea teretifoliaout). 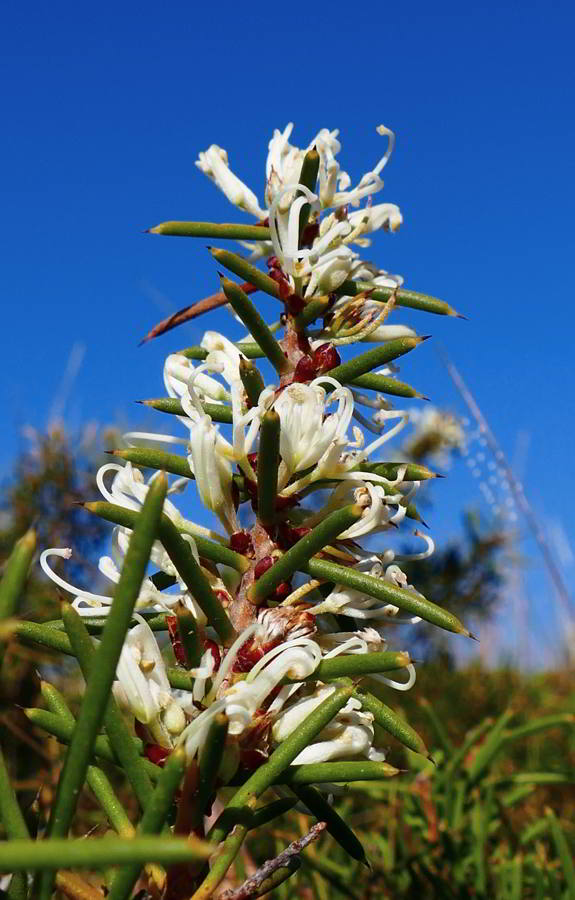 Fire is an important element in maintaining the health of many Australian landscapes/ habitats.  Species of Casuarina, Hakea, Banksia, Leptospermum and Eucalyptus are encased in woody capsules that may house dozens of seeds or just a pair as with Hakea. The woody capsules are tough and can remain dormant for years. 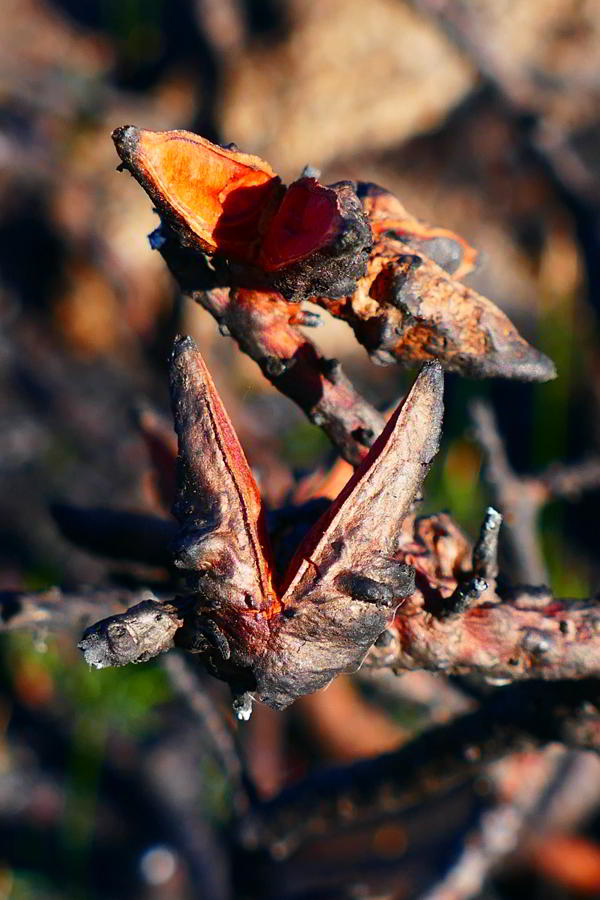 Dagger Hakea, fire has sprung the seeds, the parent plant has died. 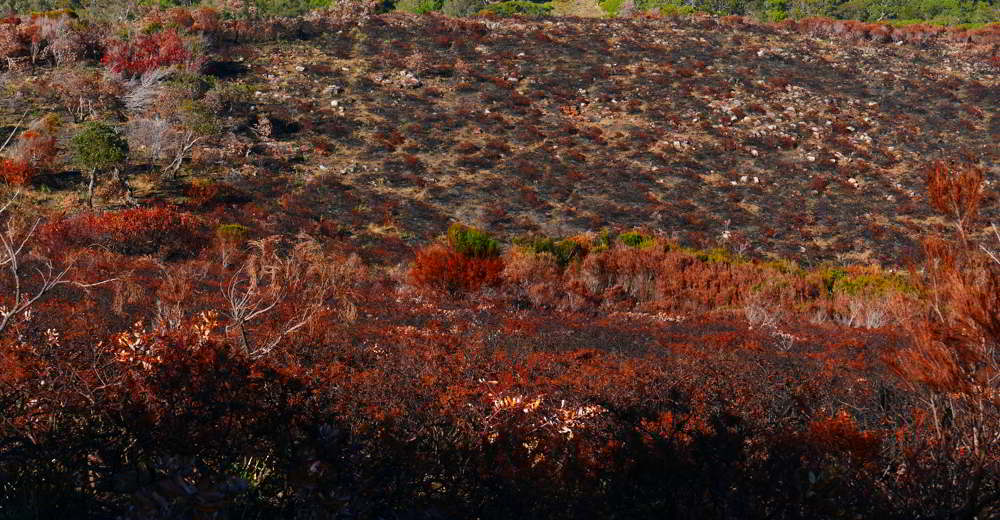 We are still learning how to learn from Aboriginal fire stick farming. 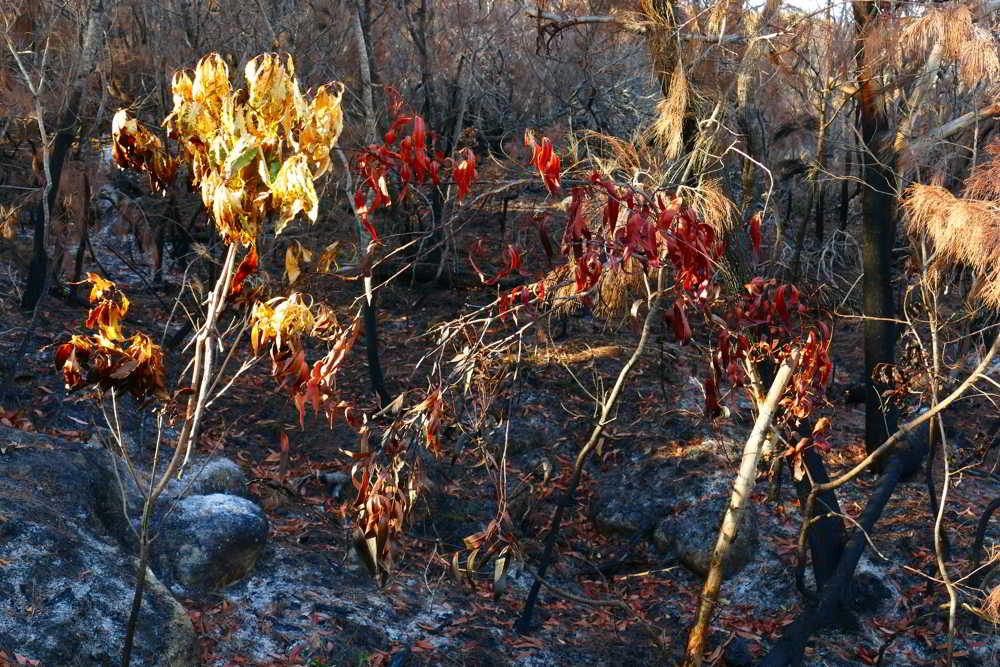 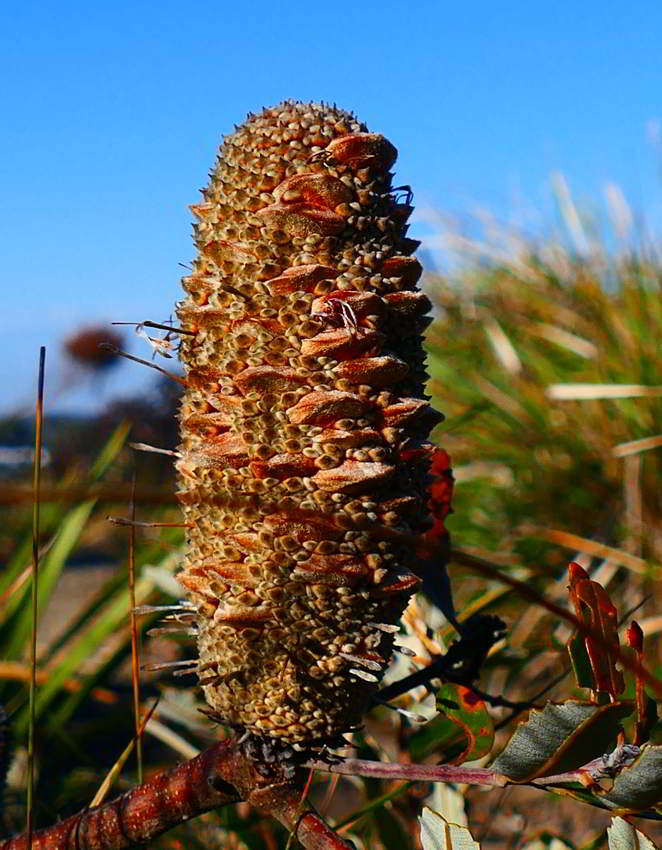 The fruiting bodies Banksia include numerous hard follicles which open after ﬁre spreading seeds which then germinates in an ash bed rich in nutrients. 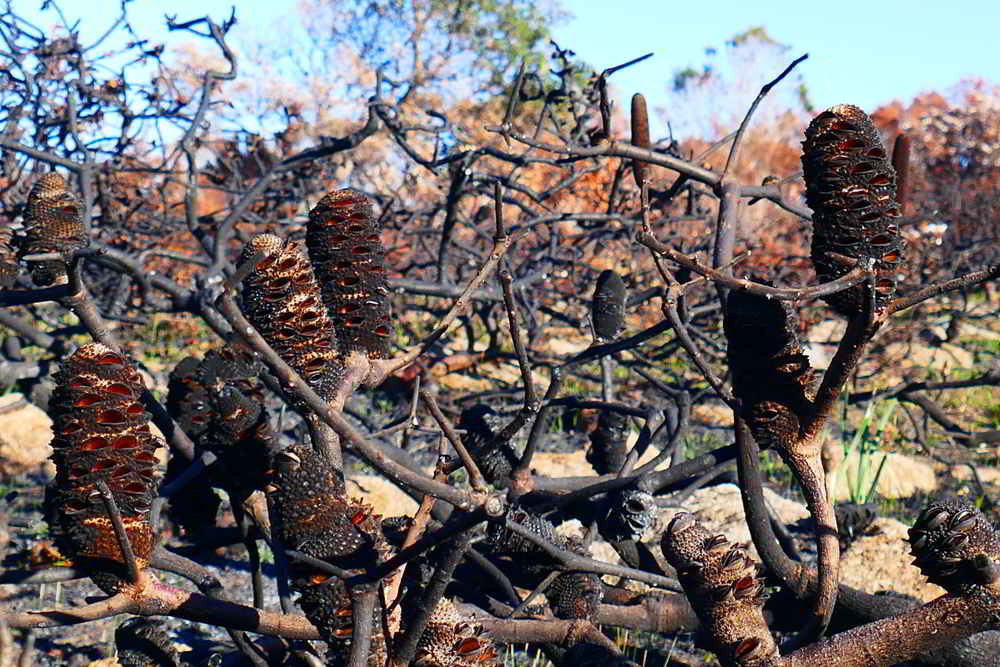 The walks was wonderful with Satin Flycatchers fluttering just above our heads, and eight whales close in moving south fast, one breaching and another showing its tail.

And at night we went into our forest after someone had told us the fireflies were out. It was a humid night with rain forecast and at dusk the fireflies put on a spectacular show, many more than last year and a week earlier. These carnivorous beetles have a two year life cycle.