For many this is the highlight of the Bellingen Readers and Writers Festival, the event was devised by Brian Purcell and was the kernel around which the festival grew. Yesterday (21 Sep) it became part of Bellingen Arts Week. It is also one more way of letting people who would not normally read or listen to poetry have access to poetry.

I shared a canoe with Amy, a freelance travel writer, who I hope didn’t tire of me pointing out all the birds we saw, masses of wildfowl and two ospreys and sea eagle. [She didn’t, see below]

From the shady bank the Bellinger is clarified,
weed combs the centre channel, fish jump,
the sick protruding teeth on the far bank
are wharf posts, evidence of the muscle
used by the river to fall off the mountain.

“One of the events of Arts Week was a river jaunt aptly called Paddle with a Poet. About midday, I boarded a kayak and set paddling down the river accompanied by three accomplished poets who all live in the mid-north coast area. Our small flotilla of writers and listeners ventured down the river taking in a host of wild birds along the river banks. I shared a two-man kayak with one of Australia’s most celebrated poets, John Bennett.   I couldn’t have landed a better partner as he did all the hard paddling, pointed out each bird and gave me plenty of laughs on the journey.  Our three hour trip, arranged with Bellingen Canoe Adventures, rates among my favourite water journeys. Between rounds of paddling, we’d pull over to the banks and hear regionally inspired poetry.  There were tales of Sydney migrations, poems of floods, poems of heat waves and poems that simply brought smiles. I wouldn’t ordinarily seek out poetry, but the water experience was so much greater due to the evocative words and descriptive way the poems captured the countryside. I would absolutely join in again, if the timing worked out.” Amy Badskirt 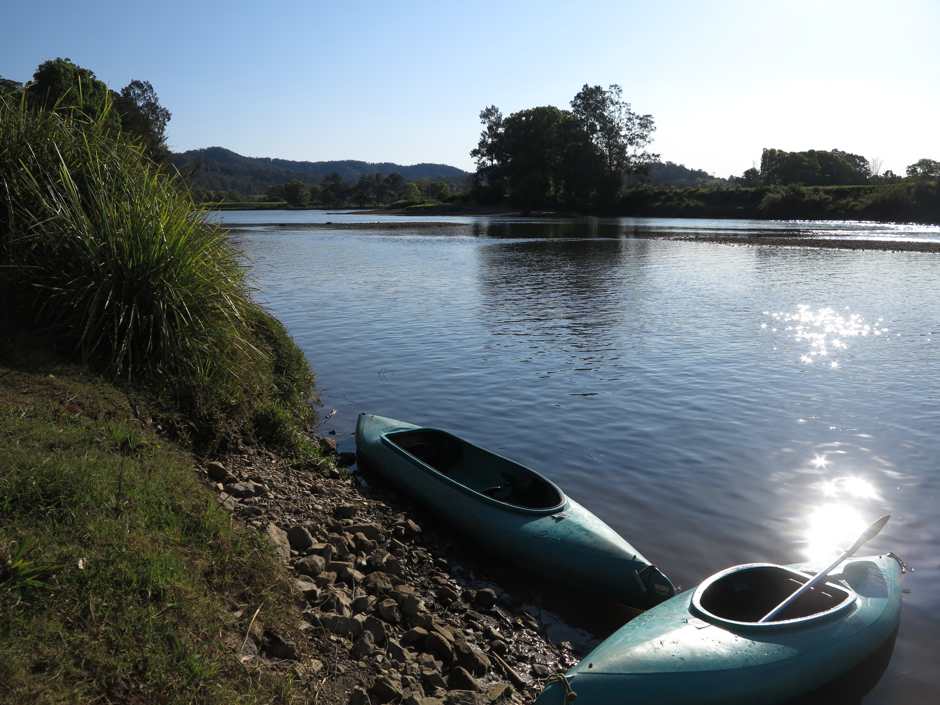