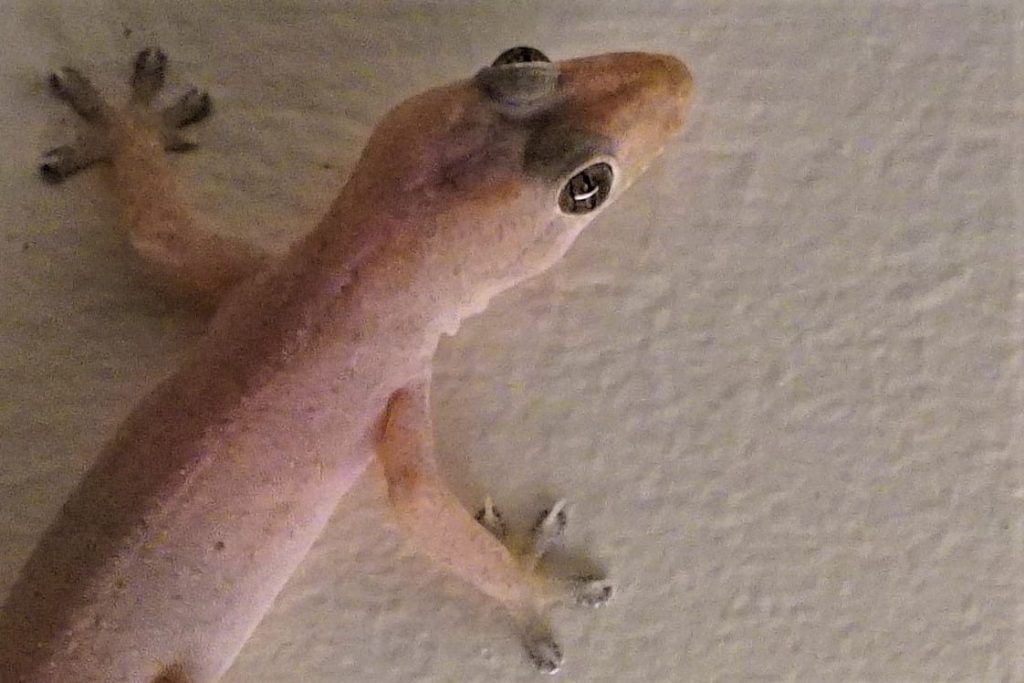 Asian House Geckos have been recorded right across northern Australia, in Queensland, the Northern Territory and Western Australia. ‘They’ve spread throughout most of Queensland now except for the arid interior,’ Dr Amey said just over three years ago. Well now they are in NSW.

This one has been around for a few years, very rarely seen, often heard (and very hard to catch).

There are more than 170 species of geckos native to Australia and they come in all shapes and sizes. Some look similar to the Asian house gecko [whose] most distinguishing feature is their call. Asian house geckos ‘bark’ loudly and often.

Are Asian house geckos a threat to our native species in the wild? Is a question Dr Hoskin was asking a few years ago.  I don’t know if he has the answer. 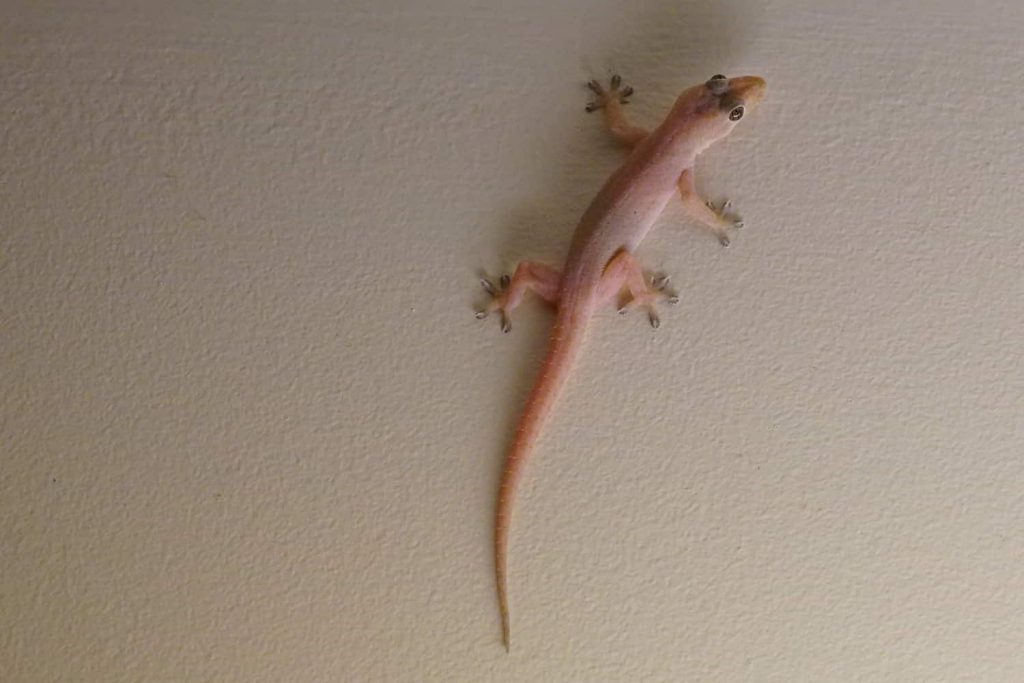 See Jessica van Vonderen, ‘Asian house geckos are all over your home, and there’s not much you can do about it’, ABC 19 Sep 2018