The Never Never in The Promised Land

Following a sign stating, Cattle on the Road
a few beasts with calves lumber towards us.

The cowherd thanks us for stopping. I thank her
for the photo-opportunity, though she doesn’t
look ‘cowherdy’. I salute the old guy following
on the tractor and receive one in return,
white beards must stick together.
The Gumbaynggirr didn’t bother with it. 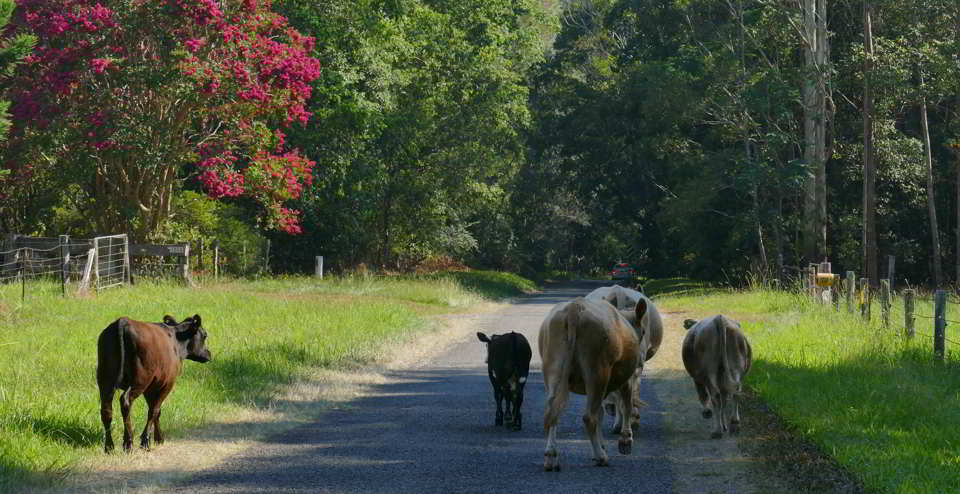 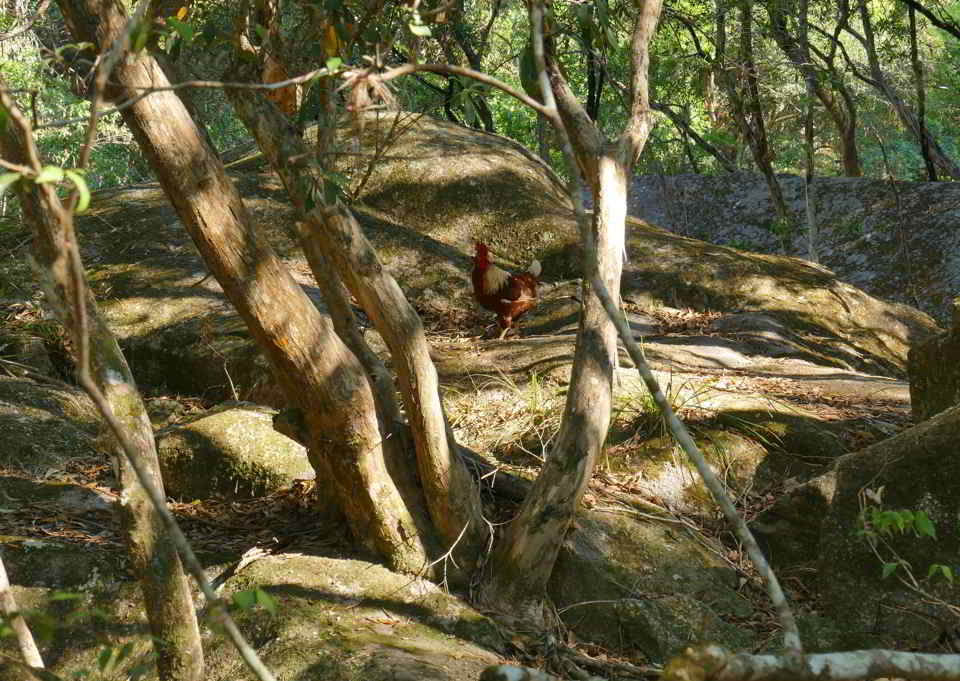 A Rooster is fossicking where we park, wanders with us
over to the river slipping a noose around gravel banks
and sculpted rock, pooling green in the shallow elbows. 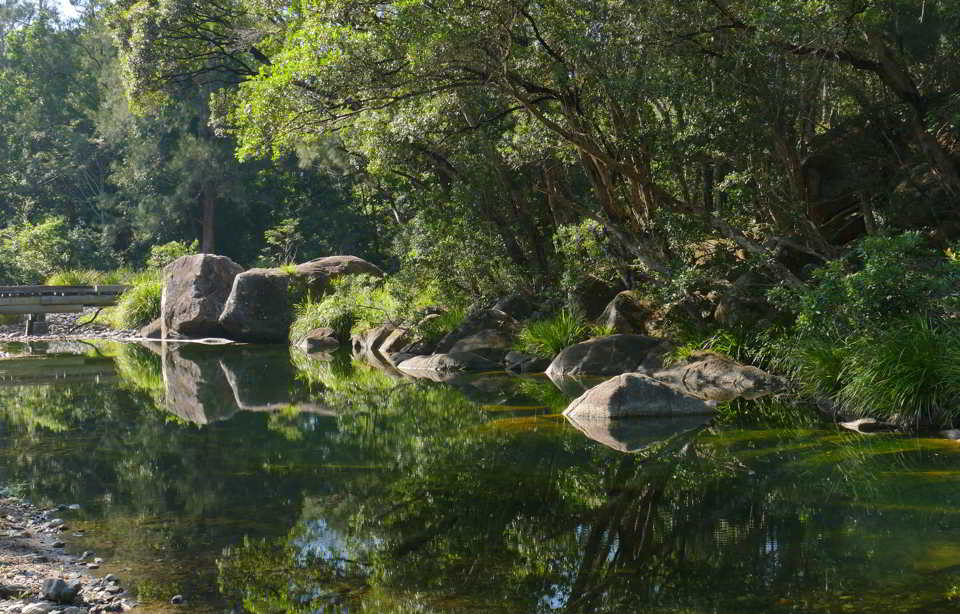 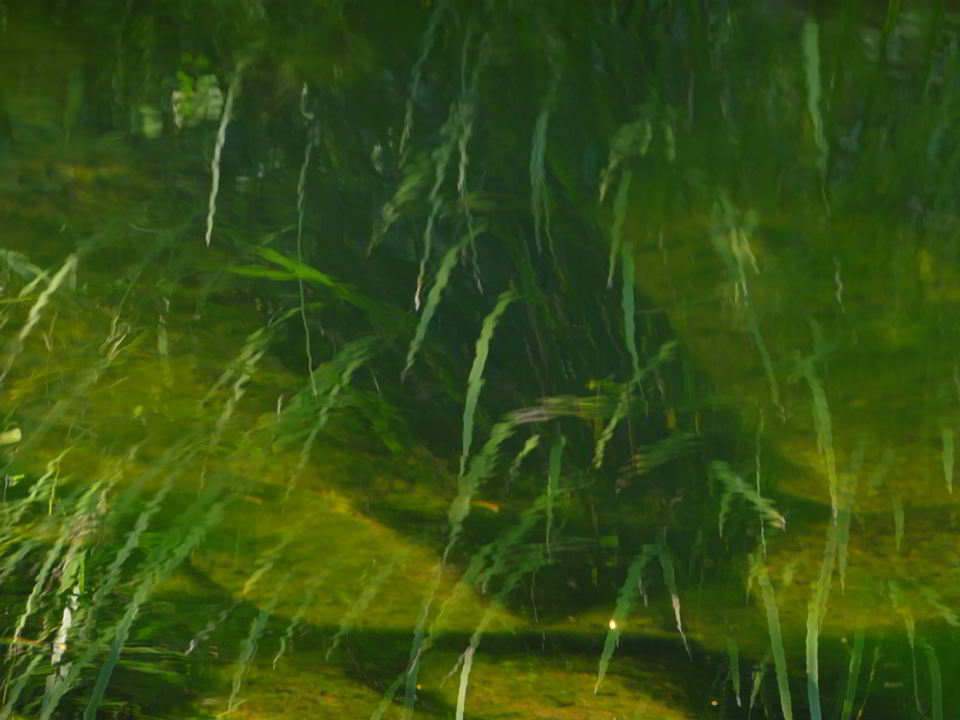 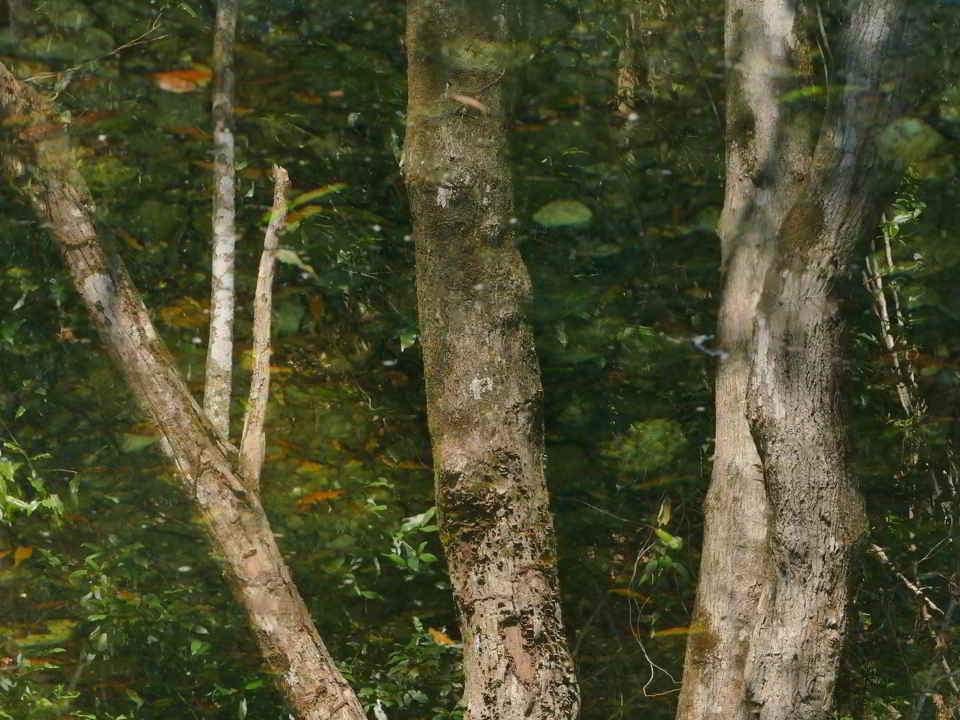 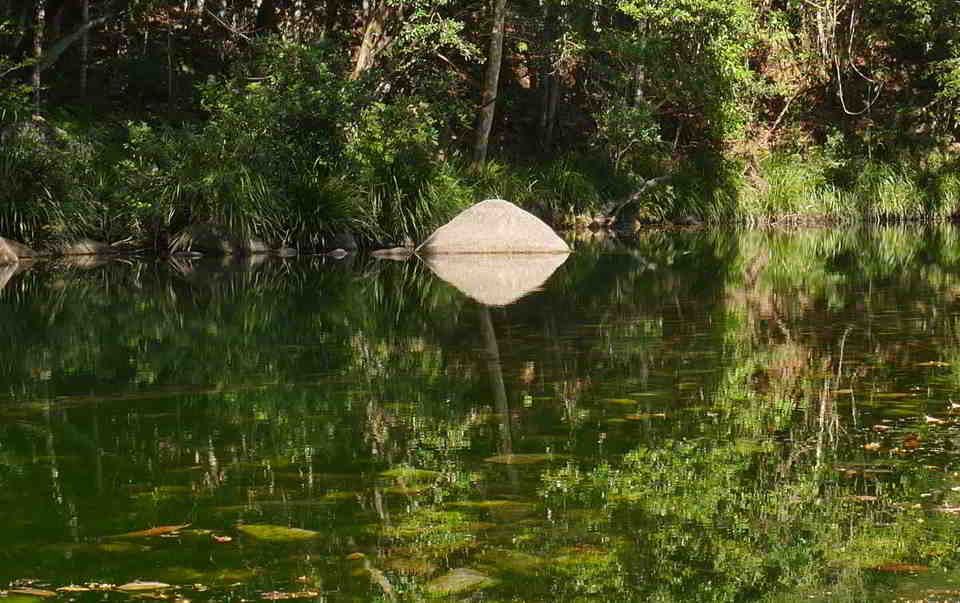 Slipping off the rocks, off the roots, as a supine extra-terrestrial
I stroke back through the ripples beneath a Grey Fantail
flicking overhead, threading lines of attack, returning eyebright
just above the hand-made swing rope. 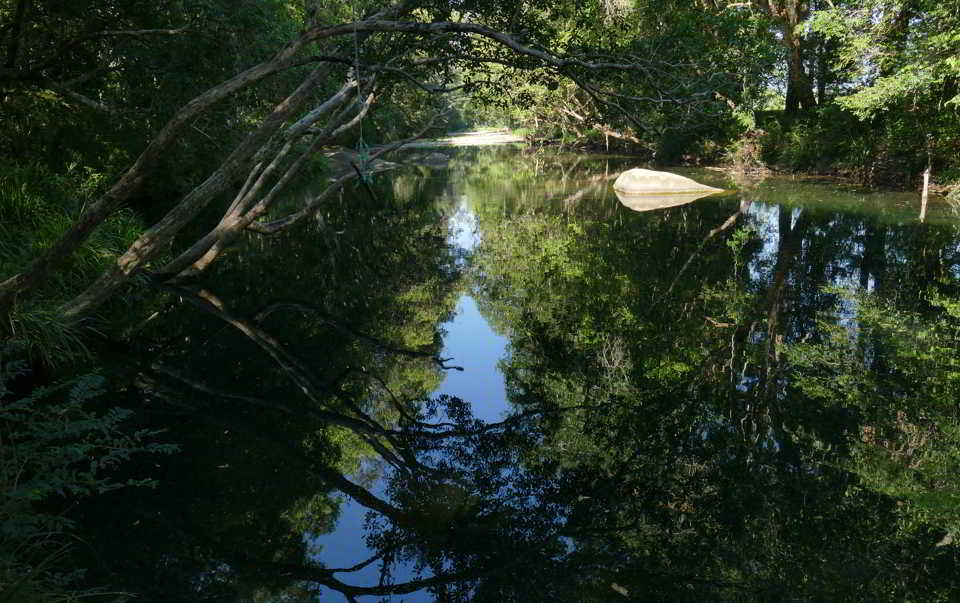 The water is warm far side in the sun and venous flow to sea,
leaves play slow tag, a sunken tree catches hold of me
by the crotch of my swimmers. Soon it won’t be safe. 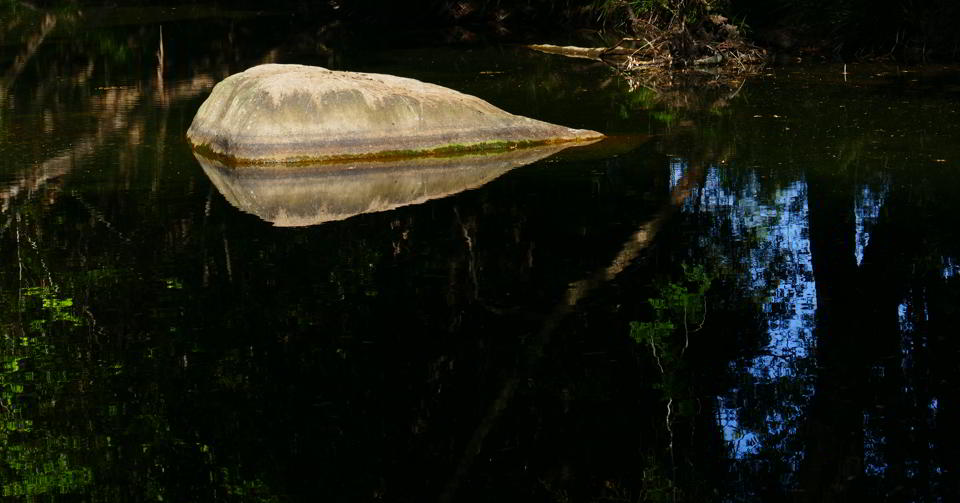 Two girls arrive and after a few false starts, jump,
bombing toned bodies in black bikinis, high-waisted
Lucie says, in fashion again. If they wore feathers
I might have looked more carefully. Kingfisher style
last and lasts. The blond was giggling as her friend
was taking her photograph. ‘I don’t like being behind
the camera’, she says, ‘Or in front of it’, I add. ‘Yes,
that’s what I meant.’ The path of least resistance
wriggles in the lazy flow. I thought her just about
beautiful, I think that’s what I meant.

I’m behind the camera, but not for these young women
slipping the year from Melbourne to party in Byron Bay.
Yesterday they saw a Green Tree Snake swimming here
so they are lucky having seen that (and being so young).

John Constable on the edge of the Pacific