Public art presumes public space which we in Australia take for granted, but which in some parts of the world is very limited. Democracy and a sense of community requires public space and I think public art nourished the sense of public, through shared use, enjoyment, and appreciation.

Public art ranges from statues in parks of great men which become anonymous very quickly to street art, and a fabulous original artist like Bansky who uses stencils. Diego Rivera famously founded the Union of Technical Workers, Painters, and Sculptors (with Siquieros and Orozco). Their manifesto rejected bourgeois painting in favour of a monumental public art that could be appreciated by and educate the illiterate masses. Banksy and Rivera worked for people who never go to art galleries, where their collections are ‘public art’. One of the most discussed examples of public art in the last couple of decades was Maya Lin’s Vietnam Veterans Memorial designed in 2007.

It was while I was at the site that I designed it.
I just sort of visualized it.
It just popped into my head.

Some people were playing Frisbee. It was a beautiful park.
I didn’t want to destroy a living park. You use the landscape.
You don’t fight with it. You absorb the landscape . . .

When I looked at the site I just knew I wanted something horizontal
that took you in, that made you feel safe within the park, yet at the same time
reminding you of the dead. So I just imagined opening up the earth. . . .

Homer only listed ships, but Maya Lin aged 19 sketched
a list of names on black granite. She fought hard against
veteran groups who demanded a statue for the Vietnam memorial.

At close range, the names dominate everything. . . . The name of
the first soldier who died is carved at the angle in the wall, and the names
continue to the right in columns in chronological order of date of death,

The work became a popular and critical success;
My black face fades,
hiding inside the black granite.

Maya Lin wants to shake off the tag ‘monument-maker’,
and has only one more memorial she wants to make,
a work to honour the extinctions of plant and animal species.

Her heroes are not soldiers, her heroes are artists,
specifically James Turrel and Walter de Maria
those most ambitious artists. 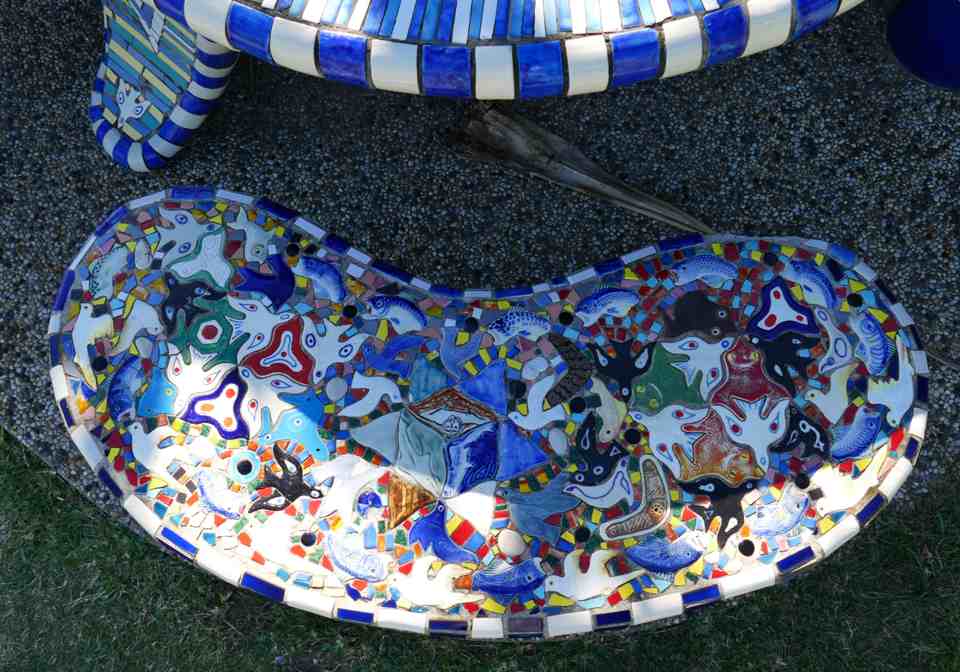 Local artist Guy Crosley, with local school kids and volunteers, has made a series of mosaics here and in the region. His ‘Whale Tale’ a table and seats overlooking the amazing bay of Scotts Head is superb. 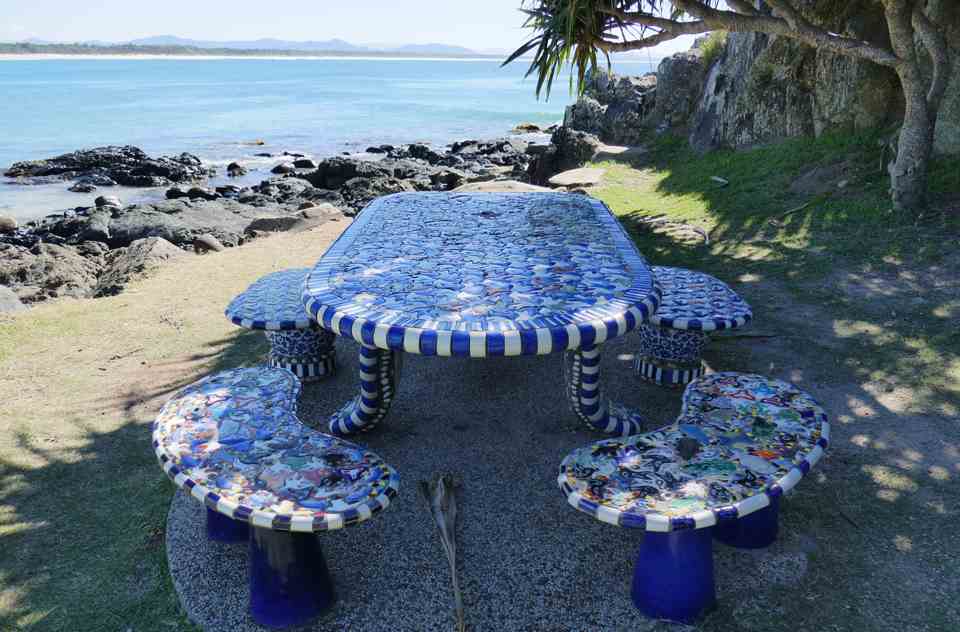 It delights and is useful and is so lovely that it does not need to be didactic or have sublime ambition. 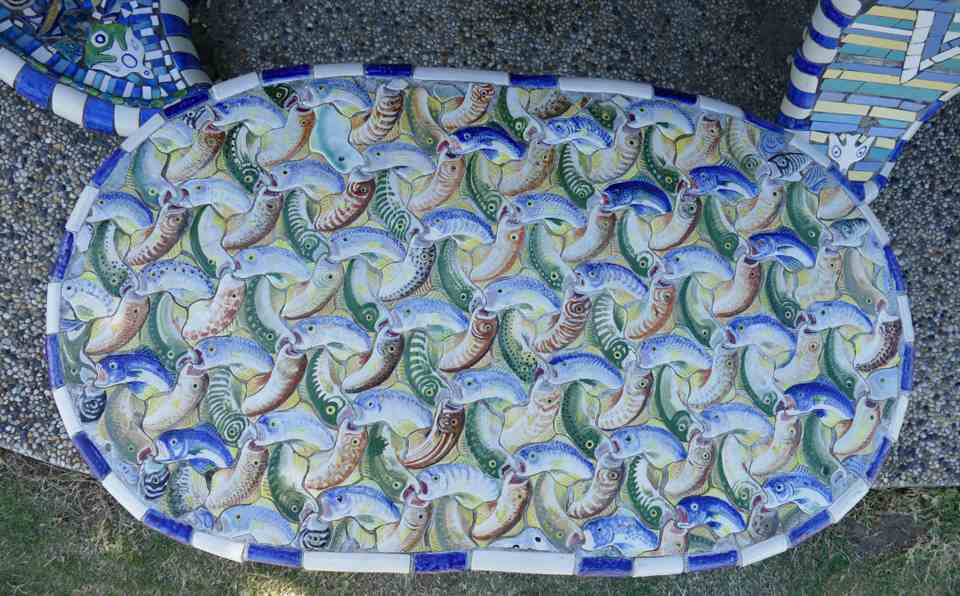 Our severe East Coast Lows - is climate change to blame?