The latest acquisition of the Rijksmuseum is one of the earliest known depictions of America painted in the history of Western art, Jan Mostaert’s “Discovery of America” is more a scene of massacre than discovery.

The painting (previously called West Indies landscape) appears to be a general representation of Spanish conquest. Art historians argue where it depicts and which events. Our sense of the Americas has been twisted by myth and movies. The population of all the Americas was larger than Europe in 1492, and major cities existed in the USA one near St Louis more than 20,000 people. The Spanish had explored over half of the current states of the USA, long before English. They were a barbarous invader.

It is shocking to find juxtaposed an image of peace and a land of European bounty, despite a monkey and a parrot in the work. 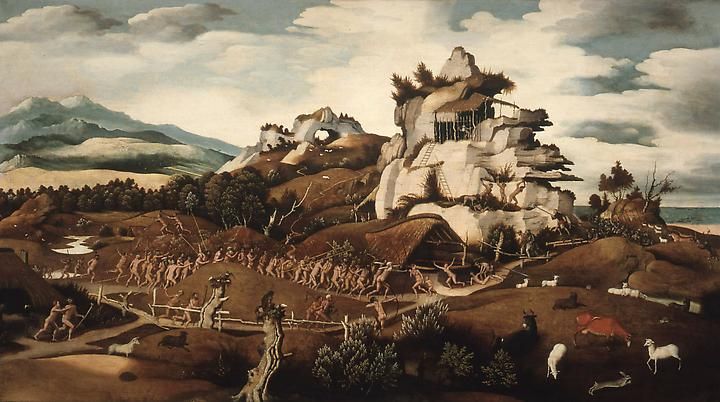 The riches of the city did not primarily come from conquest or slavery. In 1602, the Dutch East India Company was founded with the city of Amsterdam a majority shareholder in the first multinational company in the world. The construction of the North Sea Canal (1876) gave Amsterdam connection to the sea and the city grew rich from trade with the Dutch East Indies and diamond trading with South Africa.