Creativity is a common catch-phrase and not just in the world of arts and letters. We all want to be creative, our politicians want the country to become creative, masses of self-help books are published on finding your inner creativity. I find my creative juices triggered by the world. My inspiration is being alert. The Romantics elevated it to the creative imagination of the genius. Whereas the philosopher Richard Rorty suggested that all texts have a poetical function in redescribing the world and that all writing should be viewed as a seamless whole. [i]

The advantage of being a poet is that you can work your craft anywhere, be alert for inspiration, or the ‘spontaneous overflow of powerful feelings’ (Wordsworth) or ‘that wild, silky part of ourselves’ (Mary Oliver). Sculpting in bronze is a lot less immediate and mobile.

‘Your breath has time to straighten,
Your brain to bubble cool . . .’ Emily Dickinson, ‘The Master’

T. S. Eliot suggested that, ‘If the word “inspiration” is to have any meaning, it must mean just this, that the speaker or writer is uttering something that he does not wholly understand – or which he may even misinterpret when the inspiration has departed from him.’ I do feel in a different state when I sense a poem welling up – an opening up to the world, and not in control of what I want to say. This can be triggered by a perception, memory reading a headline (on Friday it was reading a fact in a newspaper– ‘A conservative estimate puts the number of slaves worldwide at 38 million Slaves without chains.’)

Kant thought imagination key to aesthetic responses. ‘In order to decide whether anything is beautiful or not we refer the representation, not by the Understanding to the Object for cognition, but, by the Imagination . . . and its feelings of pleasure or pain.‘[ii] This is the period when the natural sciences and the arts were being separated. Coleridge, who tried unsuccessfully to analyse creativity and the imagination, actually defined a poem as ‘that species of composition, which is opposed to works of science, by proposing for its immediate object pleasure, not truth.’[iii] He was wrong, anything is within poetry’s domain, including science and including truth.

Richard Dawkins exhorts poets to accept science, ‘The poet’s mind should be embracing science as one of the most poetic things that they could possibly experience and inspiration for great poetry.’ [iv]

My PhD in part sought to downplay the unhelpful Romanticised talk of genius, helped by a recent surge of interest in language, tool use and mind. Imagination is at its fundamentals an ability to go beyond the present and engage in planning for the future. In 1987 three important books were published: Mark Turner, Death Is the Mother of Beauty: Mind, Metaphors, and Criticism; George Lakoff, Women, Fire, and Dangerous Things: What Categories Reveal about the Mind; and Mark Johnson, The Body in the Mind: The Bodily Basis of Meaning, Imagination, and Reason. How we think is imaginative how we use language is poetic, metaphor and imagination are central to everyday language and cognition is grounded in bodily experience.

Just now, Sunday, I was sitting on the loo, having just looked out at the sea and I wrote this poem in a couple of minutes on the only material that came to hand.

The blue is floating out to sea
layers of forest are contained by a gold rope,
the sky is so light I don’t believe in rain.

An osprey flies overhead carrying a fish
held head first in its talons, looking
straight ahead, shining like an ornament.

The coast shares too much light, I found
out last week staring into the spotlight
that I have the start of cataracts. 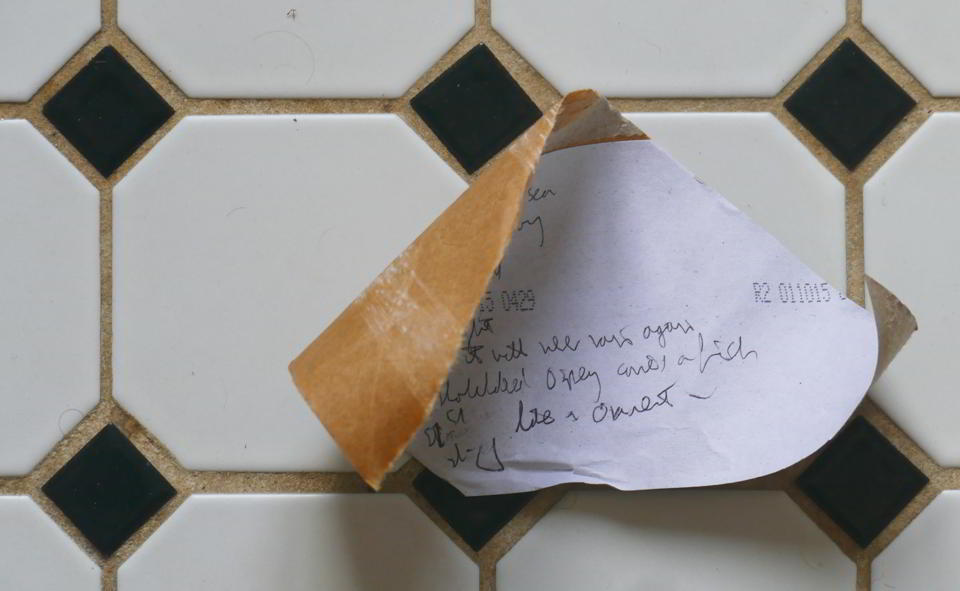 You can see that transcribing to machine minutes later, I made a couple of changes. And the Osprey I am thinking of I witnessed about 5 days ago. A poem is best put in hibernation for re-acquaintance, this one is steaming fresh.

Eric Satie walked 12 miles daily to and from playing piano at a nightclub Le Chat Noir in the centre of Paris, with a hammer in his pocket composing all the way. He also said, ‘Before writing a work I walk around it several times accompanied by myself.’ Artists do work hard; it’s not all about epiphanies (from a Greek term to ‘become apparent’ or ‘manifest’). Gaston Bachelard argued that matter evokes unconscious images and emotions, whereas the modern focuses on form, and he distinguishes between ‘formal imagination’ and ‘material imagination’, believing that latter to offer the more profound experience.

Writing the poem with the materials to hand inspired me to write this blog.

[i] I thought Rorty had no use for poems, in his book Contingency, Irony, and Solidarity (1989), he talks of the novel, the movie, and the TV. But when he dying, he read Landor not Plato or Pierce.

[iii] Colerdige, Biographia Literaria, Ed. Shawcross, OUP, Vol II, p10. Richard Dawkins argues Keats was mistaken when he wrote Lamia in 1820, ‘‘Do not all charms fly/At the mere touch of cold philosophy? . . . /Philosophy will clip an Angel’s wings,/Conquer all mysteries by rule and line . . ./Unweave a rainbow . . . For 1) to think explanation diminishes rather than enriches it, 2) that when you show a rainbow is made of common water and light you show it be dull and common – rather you show the opposite – that the dull and common are extraordinary and beautiful. ‘It is my thesis that poets could better use the inspiration provided by science and that at the same time scientists must reach out to the constituency that I am identifying with, for want of a better word poets.’ Richard Dawkins, Unweaving the Rainbow, Penguin, 1998, p17.