I ring my mother, home from hospital. She says she was treated well and the nurses couldn’t believe it when she told them she was 93. I don’t believe it either, I said, You’re 95! I am getting muddled, she admits. She felt so lonely coming back to an empty flat. She misses my father. She remembered that we are going over in May. I said am looking forward to wheeling you through the forest. Oh, so am I. I love you to bit, to tiny bits.

For years our garden was a home to kangaroos, large alpha males would sprawl on our bark chip paths, then the mob gathered on the fire trail, joeys would race up and down practicing. This last year we have scarcely seen one, until this morning. I take a couple of photographs then retreat and she bends back down.

A Sacred Kingfisher is mouthing off and a Fan-tailed Cuckoo is calling, first heard for a while. The recent rains have multiplied the weeds, I am out with a mattock hitting the Paspalum, a Kookaburra flied up to a branch above me lands, tail flipping up then down, and watches for breakfast I may have disturbed.

I take break upstairs, grab a drink. Our vases are empty, we leave flowers in the garden. At the moment, Golden Guinea Flowers are climbing everywhere.

A path has been ravaged in the night, signs of a bandicoot. Weeding in the Asian garden, the white pebbles are netted with weed, nature calls. On the edge of the Irises, I let go, drenching a Net-caster, that scurries off. I was so sorry, they are a fascinating spider. Do we have to piss on things?

A man flies around cosmic Nuungu Mirral using a sail,
far-fetched holder of air. The danger is above, frozen
air much taller – and below, ground is hard as bone.

I aim for the sacred mountain with a Casuarina
for composition, catch the backside of a Silver Gull.
Chance is a fine thing bringing death and laughter.

The summer water feels languorous in sea just as blue
as it should be and wide open. I stroke back and forth,
rolling with the waves, the sky positioned on my face.

Outside shower then a picnic, chatting away with friends,
a Peewee pecks between my feet, white face, I forget
the gender. I’ve never been this close to one before

Except, the time a Magpie was hassling a Peewee as we
waited for a ferry to Iluka, and the smaller bird took it
out on me, suddenly flying hard to peck an eye out.

A dream of a wingspan skates straight overhead, glides
to a lookout, the Sea Eagle looks around. Camera cocked,
I wait, but he jumps, rides away, soon reaching gone.

There are few excuses not to be present, a wooded
tangle of greens drops to the golden skirt wrapping
the continent. Honestly, the fertility of the light!

The fresh pineapple zings. Wyn learnt how to cut out
the eyes in Samoa. I will never forget love’s momentum,
my mother’s loneliness haunts a corner.

From the balcony we watch new butterflies skipping around
happy the sun is back, but so fast and erratic, our binoculars
stumble after them. A Bowerbird wanders through the view.

A tiny iridescent aqua fly lands on my scribble, the heat has
installed the insect choirs of cicadas and crickets. I’m cooking
garlic chicken on the barbecue, not used for a while, take off

the cover, a snakeskin wraps around the machine, flakes off
easily. Waiting for the chook to cook I see the snake slip
onto the balcony and vanish. It must be sleeping in the plant pot

that used to be the home of a big, noisy Green Tree Frog.
We haven’t heard any frogs this summer. Mystery solved.
A half-moon has cleared the trees and is now racing East. 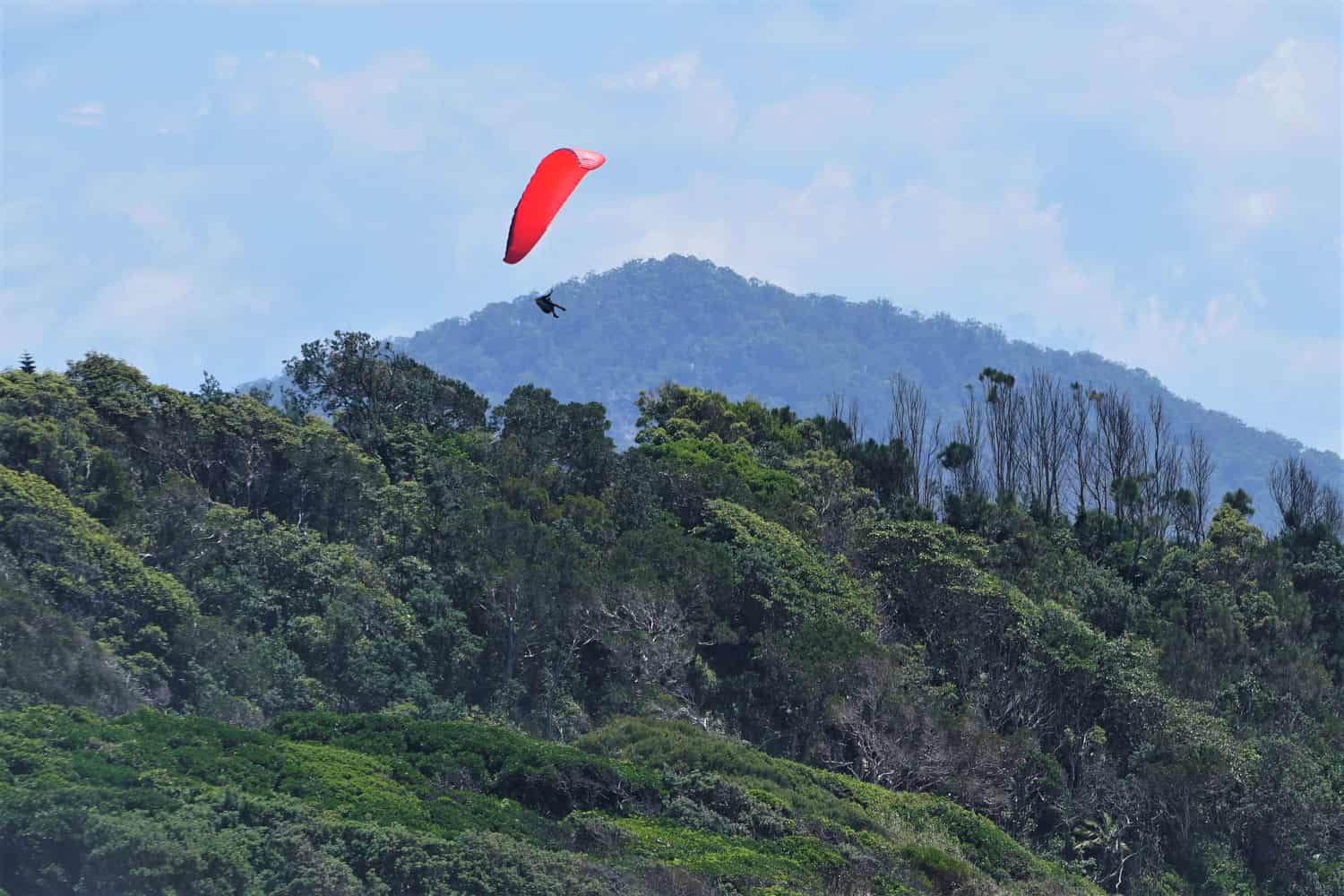 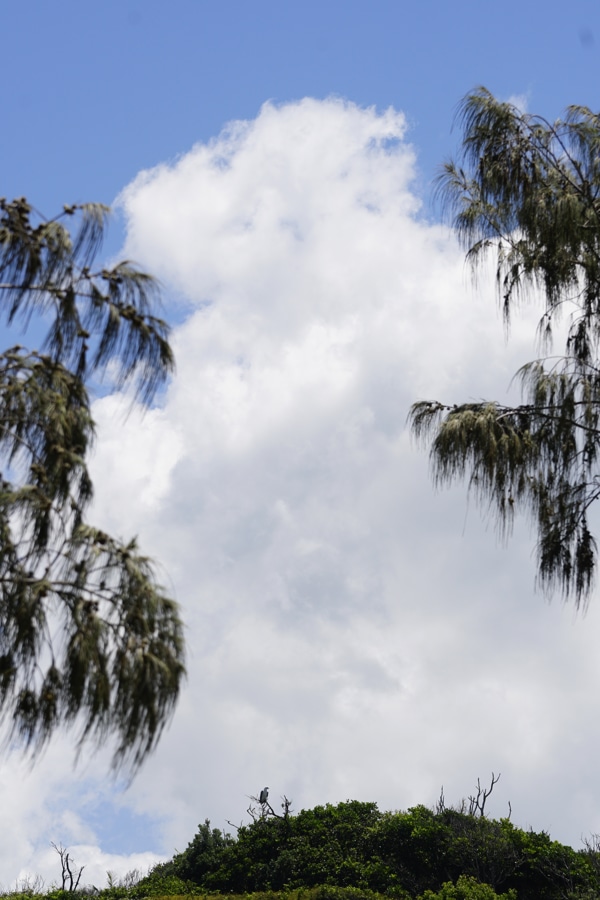 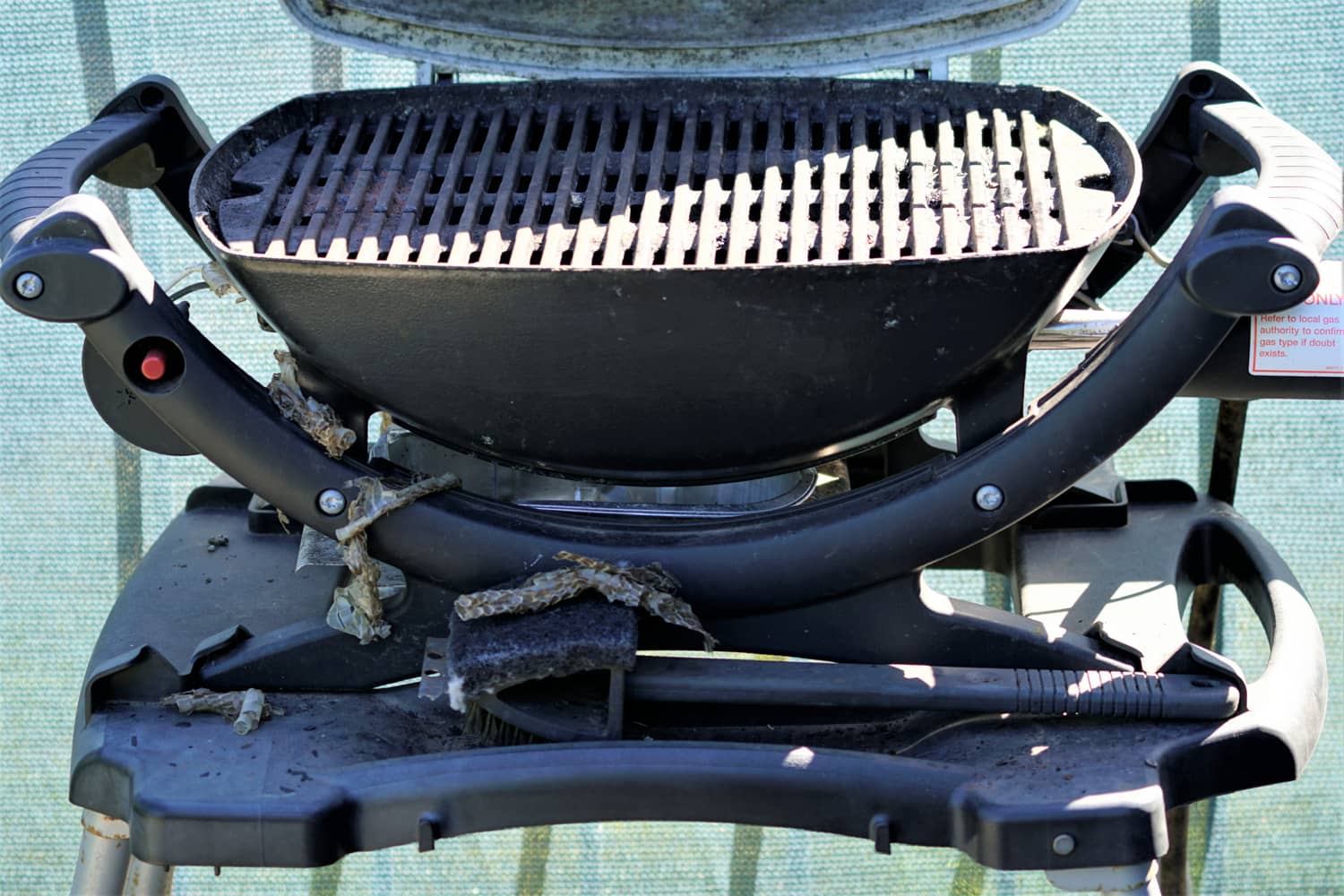 Everyone has a sky, 6 Feb